From playmate to professional athlete, even as a child, Larissa had a passion for fitness. She enjoyed practicing Brazilian Jui-Jitsu and many other sports from an early age, growing up with a lean physique.

By the age of 37, The IFBB Pro had become an icon in the industry, being the inspiration for many rising stars. 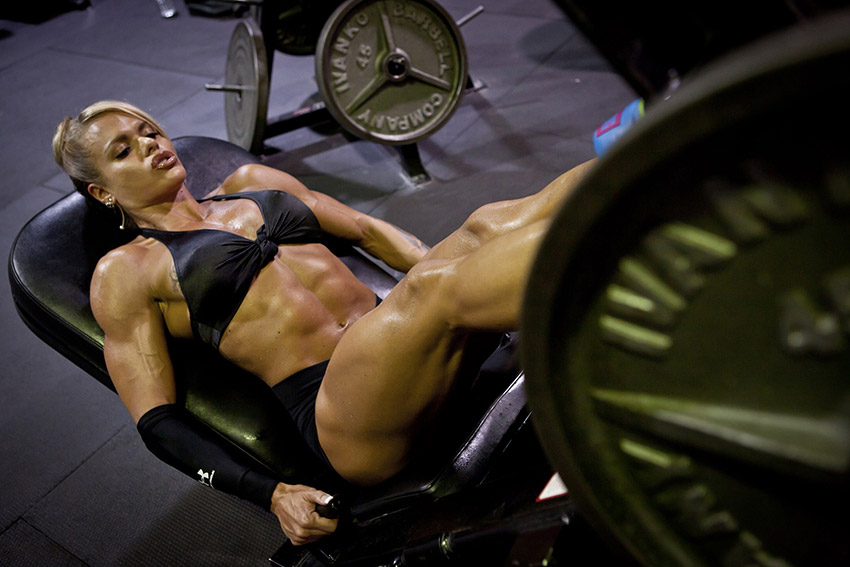 “I thank my upbringing in Brazil’s capital city of Brasilia and my parents for instilling me with the core values of hard work, loyalty and inner strength.” 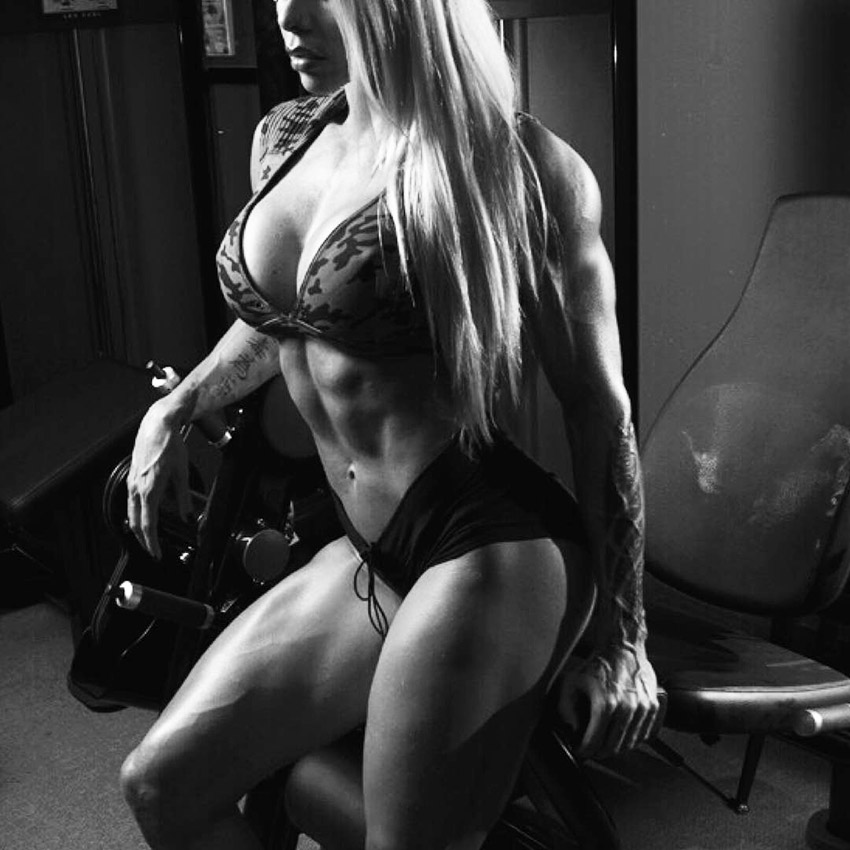 “I’m living my dream as a professional IFBB figure competitor.” 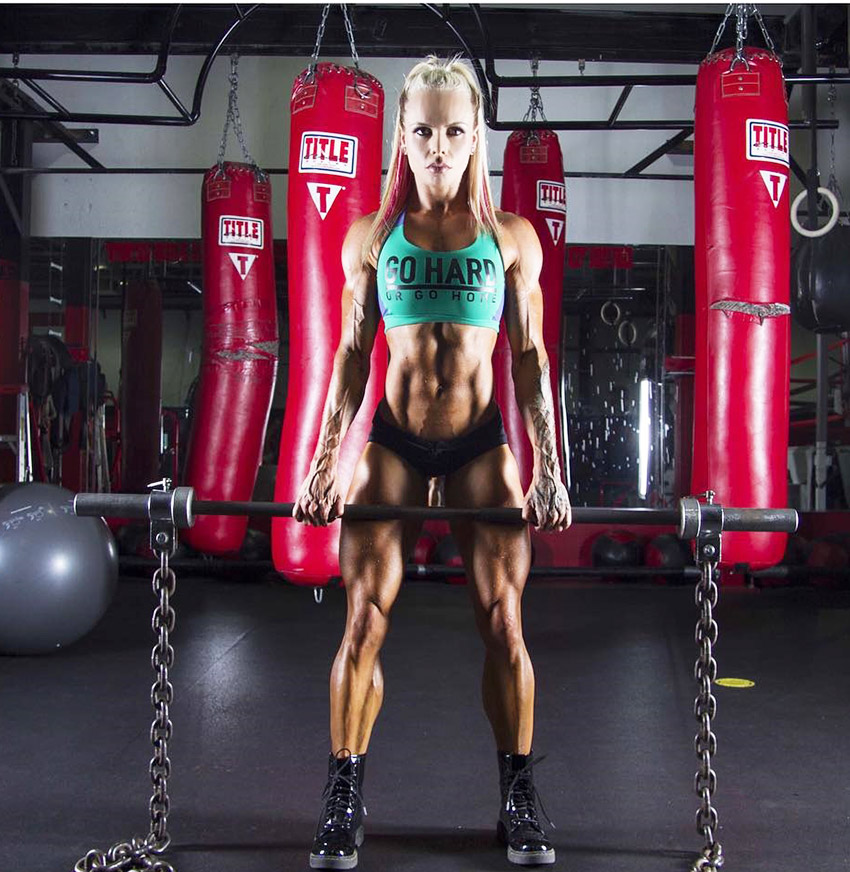 “Honestly ever since I can remember; I have been living a fit lifestyle. From a very young age I was either practicing a specific sport such as Brazilian Jiu-Jitsu, or working out at the local gym.”

Early Life and Move to America

Born and raised in Brazil’s capital, Brasilia, Larissa was brought up knowing the value of hard work. She was blessed with great genetics, finding it easy to stay lean and fit during her childhood.

During her time in college, she was recognised by Playboy Brazil and was soon selected to become a playmate in 2003. However, she became unsettled by the nature of her profession, and it wasn’t long until she took a new direction in her life.

In 2003, she made the big decision to move to the US to pursue a career in fitness.

The ex-Playmate trained relentlessly to prepare to compete, and it wasn’t long until she entered her first show – the 2005 South American Championship. Under the guidance of a personal trainer, Larissa walked away from her first contest as the winner.

But she was only just getting started. 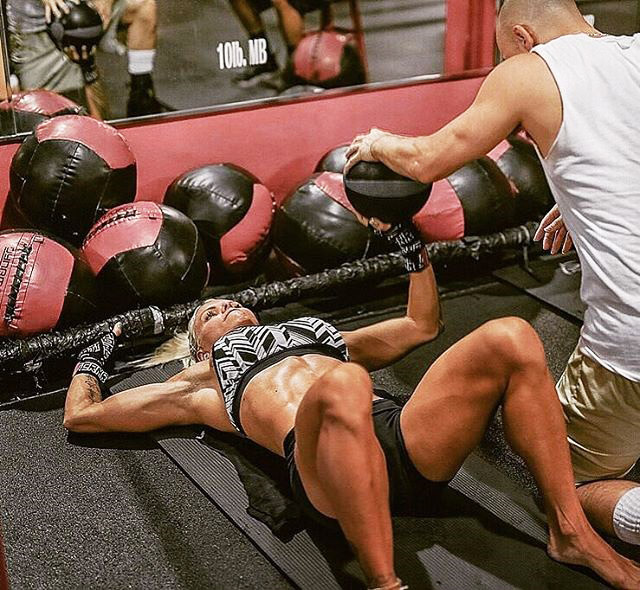 Larissa being trained by her professional coach

Riding high from her success, Larissa took the rest of the year out to further develop her physique. She returned even stronger to take home the 2006 Brazilian Championship trophy. However, she hadn’t achieved her greatest success yet.

However, she hadn’t achieved her greatest success yet.

In 2007, at the age of 27, Larissa earned her pro card after coming a close 2nd in the IFBB World Championships in Barcelona. She had finally realized her dream of becoming a professional athlete.

Larissa’s first competition as an IFBB Pro was the 2008 New York Pro, but despite all her efforts, she didn’t manage to replicate her previous success. For the next two years, 2009-2010, she entered an impressive 5 shows, walking away with one trophy.

Although she hadn’t won all of her shows, Larissa had succeeded in developing one of the greatest female physiques in the world. She became recognized for her incredible body, and by 2016, at the age of 37, she had gained a mass of followers on social media.

Larissa had taken the fitness industry by storm, and became an icon, inspiring many to chase their ambitions. 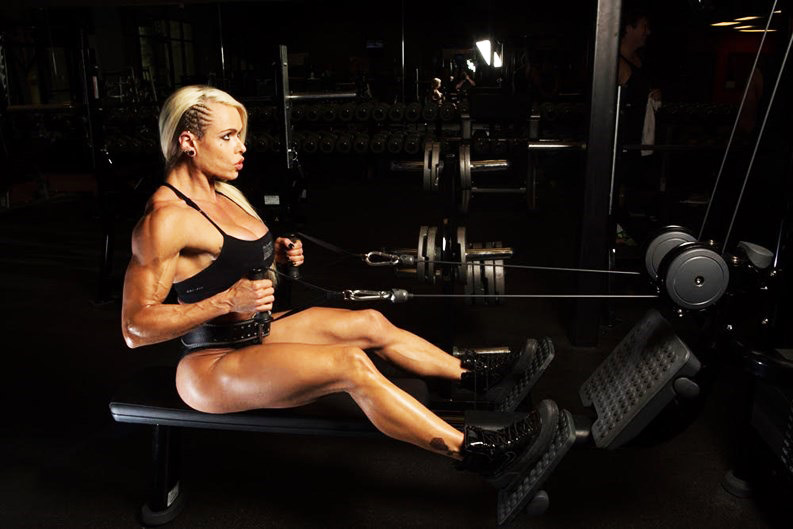 “I came to America to compete with the best fitness athletes in the world.”

Larissa trains 6 days per week, resting for one day to allow her body to recover and grow. She enjoys lifting to 12-15 reps, as she believes that her body responds to higher reps the best. 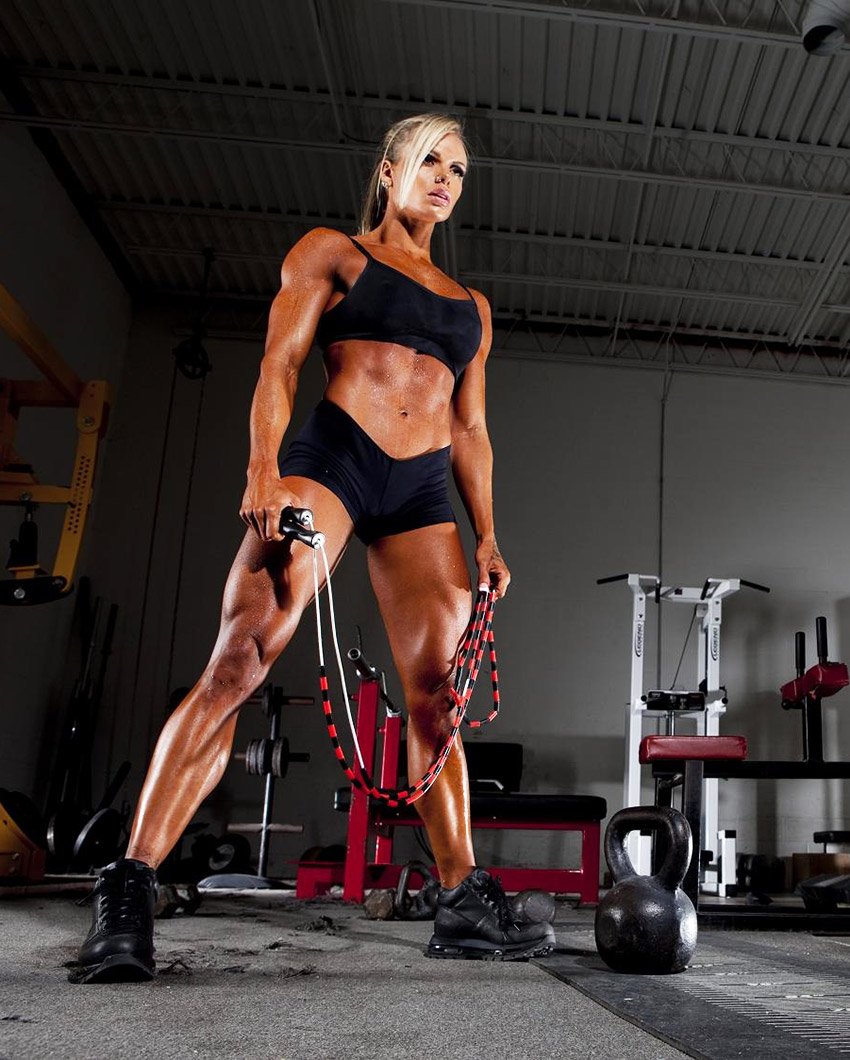 “To realize one’s purpose in life is a goal that all successful people aspire to do.” 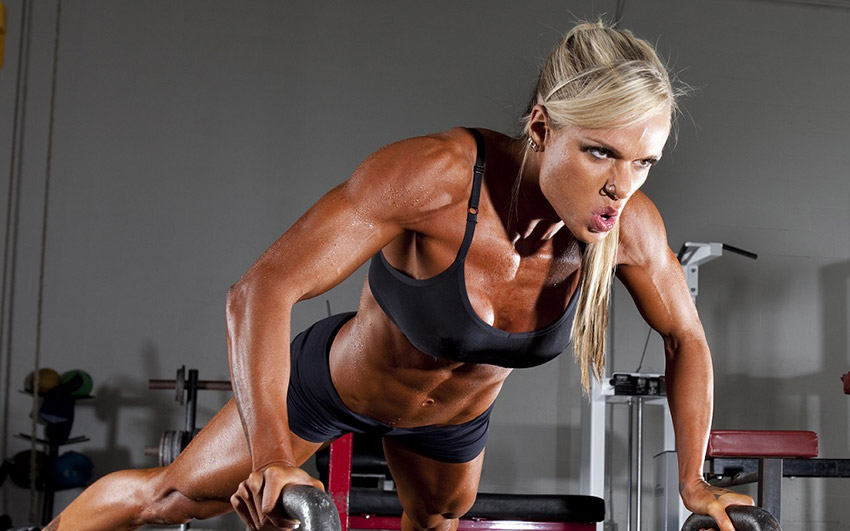 “Always remember to follow your heart, work hard, surround yourself with good people, and stay positive.”

After becoming an icon in the industry, Larissa has become many athletes’ idols, however, she does have some herself too. She names Cory Everson, Monica Brant, and Rachael M as her main influences throughout her career. 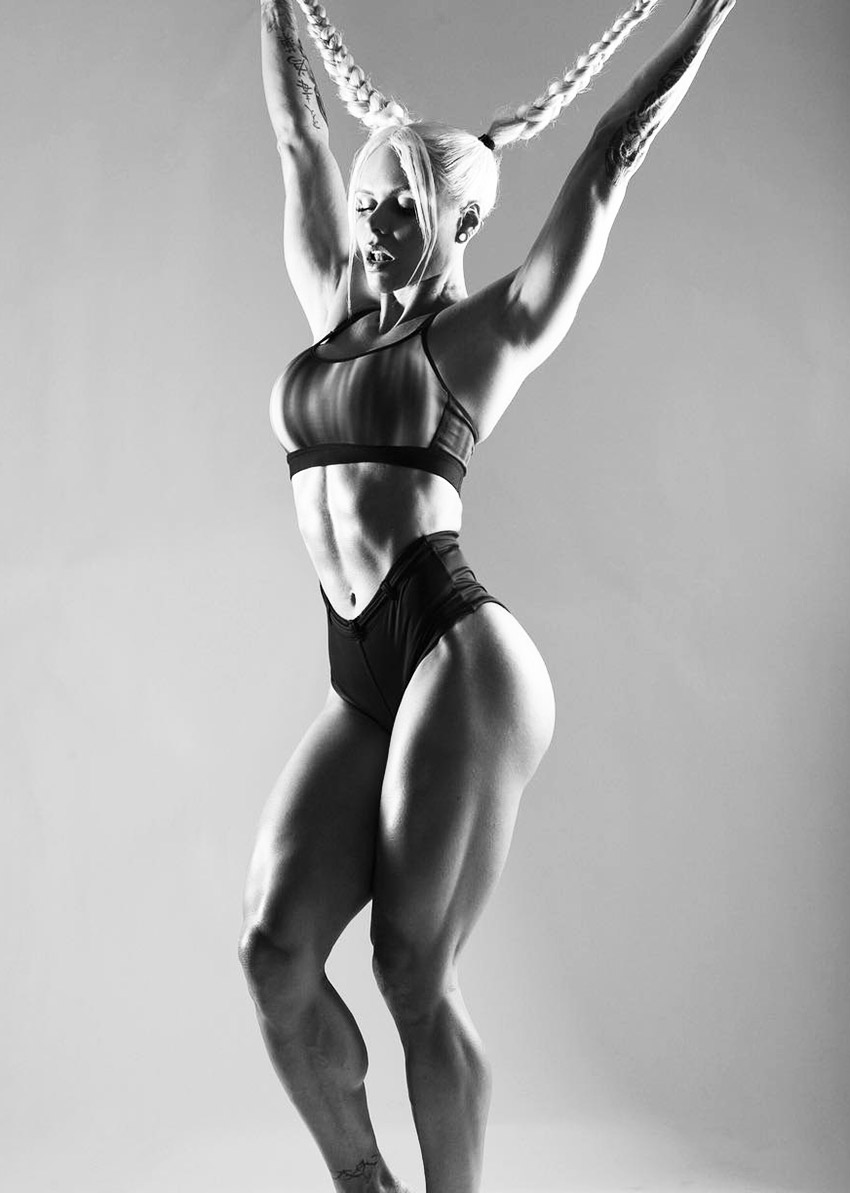 “I have been able to travel the world and have learned about and come to love so many different cultures. I see so much beauty in this world. My mission is to spread the word of world peace and love to everyone.”

What we can learn from Larissa Reis

Larissa has taught us that happiness is the most important thing in life. She had a high-paying job as a Playmate in Brazil, but she moved away from it all when she became unhappy to pursue her passion.

One thing we can take away from Larissa’s story is that hard work pays off. She trained rigorously to earn her Pro Card and compete in numerous competitions.

[…] other athletes and fitness models in the industry. She names India Paulino, Ashley Kaltwasser, and Larissa Reis. Stephanie admits their achievements in the fitness industry are what inspires her to reach the […]

[…] inspirations in bodybuilding are Larissa Reis, Erin Stern, and Nicole Wilkins. She said all of these athletes have amazing physiques, and are a […]

[…] Juju has always been self-motivated to realize her dreams. However, after finding her passion for fitness, she began idolizing other Brazilian fitness models, such as Larissa Reis. […]

[…] at the age of 25, Alice started following athletes such as Michelle Lewin and Larissa Reis on social media and became inspired by their awesome […]