Katie Lee has been an athlete her entire life. From playing numerous sports in her youth, to entering and winning her first bodybuilding show in 2013. She’s always shown an unrelenting drive to excel and get to the top in everything.

However, Katie’s road to success was far from easy. She had to work rigorously, day in and day out, for three years before she managed to get hold of her Pro Card, which she won at the 2016 Nationals in Chicago. 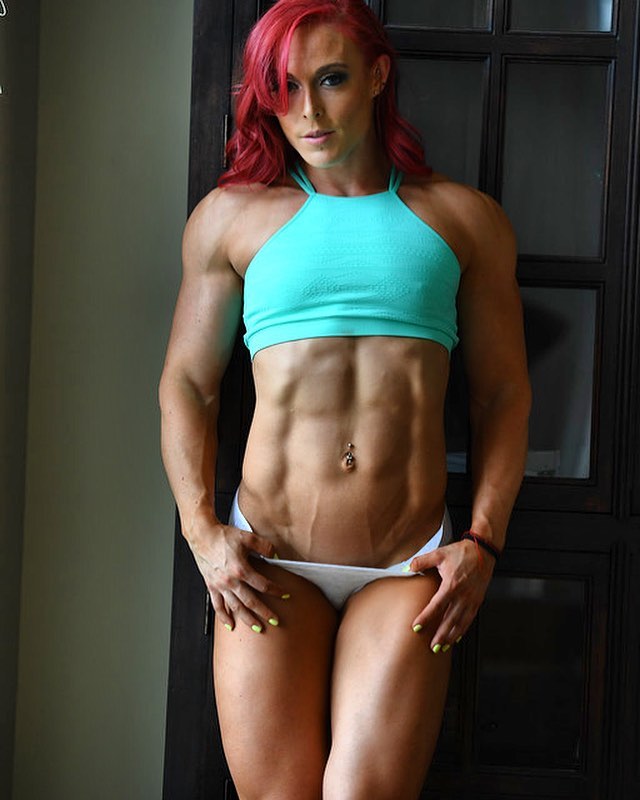 “Bad company corrupts good character. Choose the people in your life wisely. Your inner circle is a direct reflection of you, your goals, your success, and your energy. Don’t let their lack of ambition, disrespect, or negative vibes take you off your path towards happiness!” 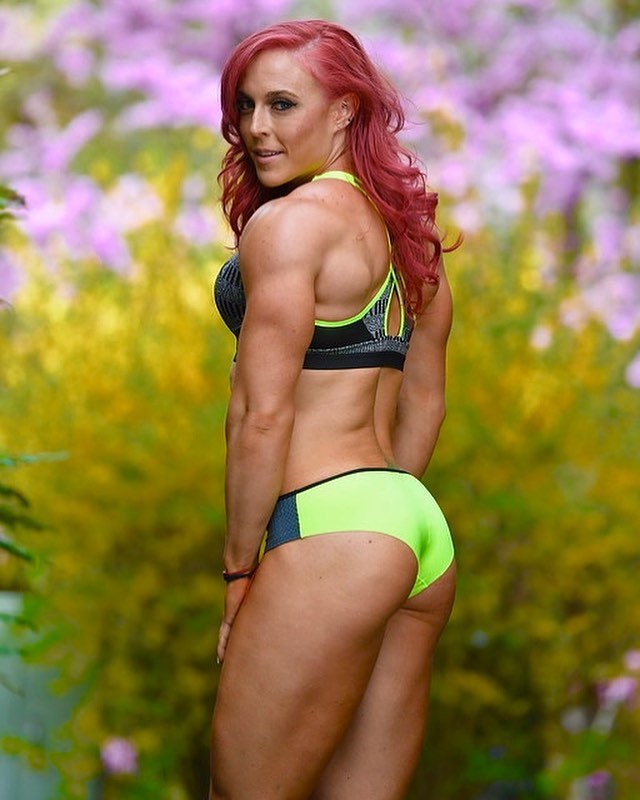 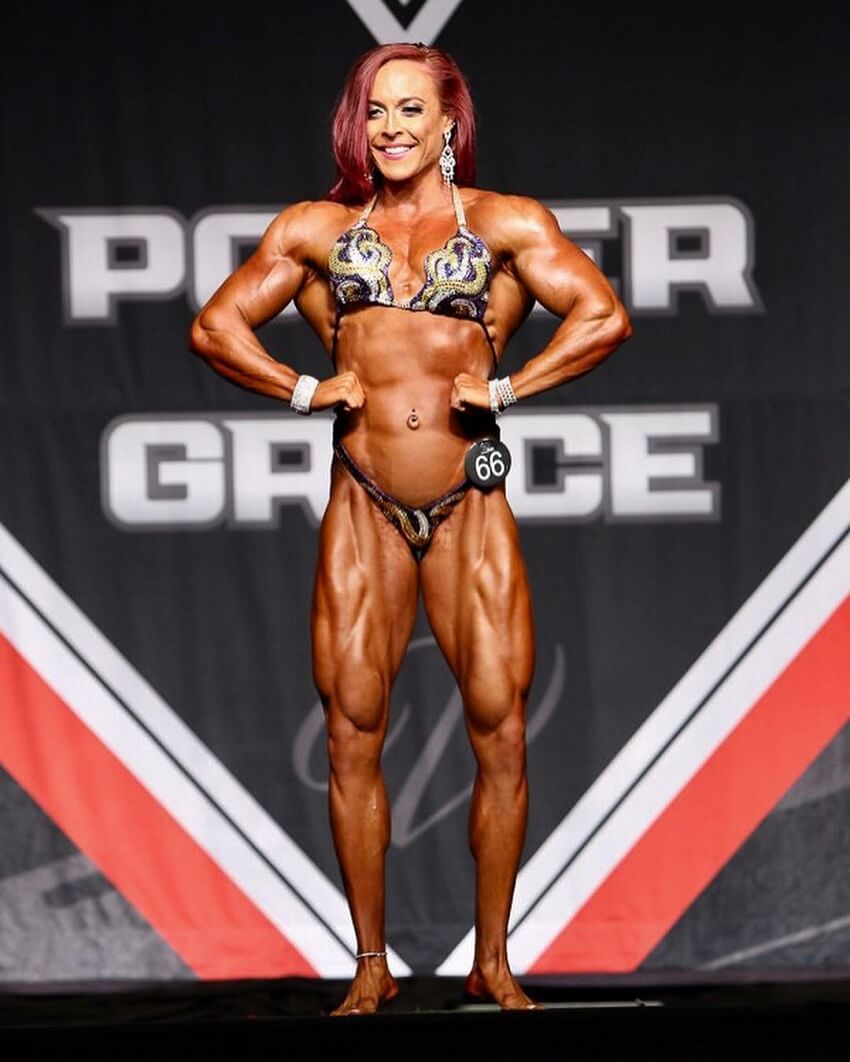 Being an athlete has always been a part of Katie’s life. During childhood and all the way through her teens, she took part in basketball, swimming, soccer, hockey, and gymnastics with her brothers and friends.

She was always active and, above all, played to win. This innate competitiveness set the foundations for her bodybuilding career which she would later embark on. 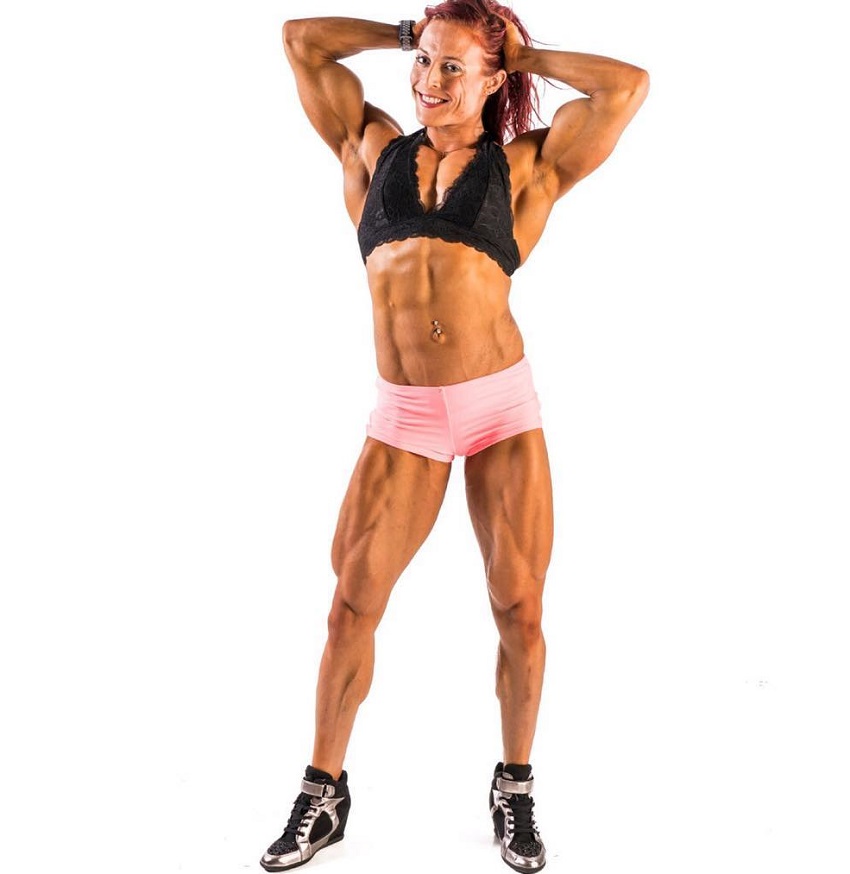 Turning to the Weight Room

After finishing college in 2010, Katie turned to the gym to stay fit and active. “I became hooked within weeks,” she says.

She enjoyed the challenge of lifting weights, and how this strengthened her both mentally and physically.

After a year of training on her own and learning the nuts and bolts of bodybuilding, Katie met her coach, Kina Elyassi, who encouraged her to finally enter the world of Women’s Physique competitions.

Katie’s first show came in the Spring of 2013. She impressed right away by taking 1st in her class and subsequently qualifying for Nationals.

She went on to compete in her first national show that same year, taking 6th place overall. After this, Katie took her first ever off-season, where she worked hard on improving her physique to come stronger next year.

Several months later, she started preparing for the Arnold Classic Amateur, which was due in March 2014. Ultimately, Katie’s efforts in the off-season were rewarded as she claimed 4th place out of 52 athletes at the show. Here’s Katie talking more about the event:

“This was the biggest show for me and to place in the top 5 among the best international athletes was an amazing experience and proved to me that I have what it takes to compete with the best of the best.” 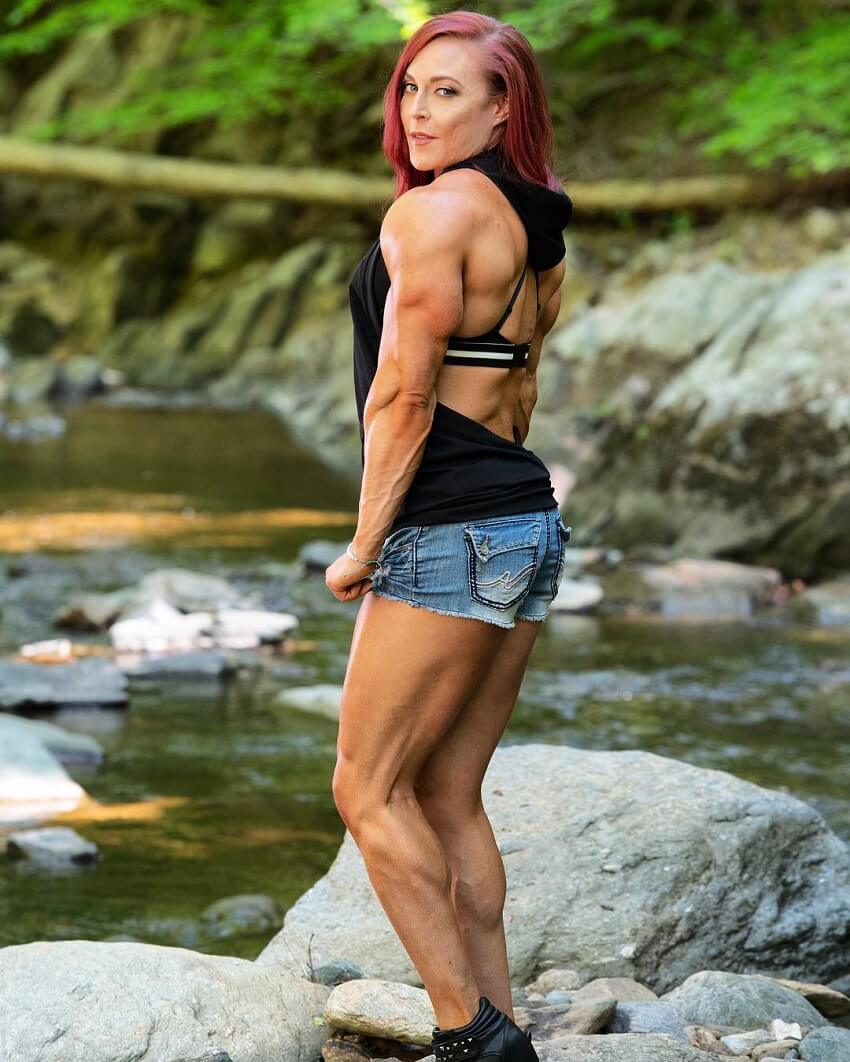 Getting the Pro Card

In 2015, Katie competed in her first Junior Nationals show. Unfortunately, things didn’t go as well as Katie hoped – she finished in 13th place.

Not accepting failure, she brought a much better performance at the Nationals in New York a month later and landed in 5th place.

Katie spent the rest of 2015 trying harder than ever, working to rebuild, refine, and reshape her physique with the goal of cracking into the IFBB Pro league.

Then, in 2016, she took part at the USA Junior Championships and landed in a 2nd place, missing her Pro Card by only 1 spot. Undeterred by this, Katie came back stronger 4 weeks later to win the Nationals held in Chicago – winning her Pro Card with it. 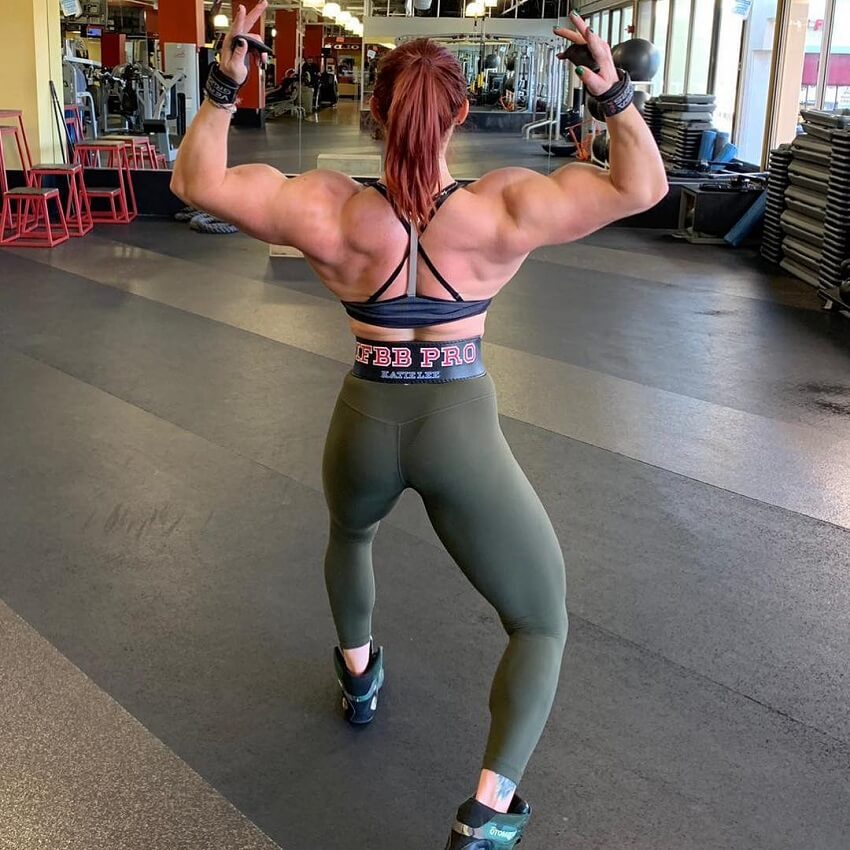 Katie’s Life as a Pro

After joining the IFBB Pro circuit, Katie made her Pro debut in Chicago once again, this time for the Wings of Strength contest. She impressed straight away by landing in 6th place out of 19 pro athletes.

In 2017, she started her Pro season with a 2nd place at the Omaha Pro, followed by a top 15 finish at the Chicago Pro which featured 250 IFBB Pro athletes.

Katie ended her 2017 Pro season with another top 15 finish at the Tama Pro.

With a new season under the horizon, Katie aimed to achieve a new goal – qualify for Ms. Olympia. However, this wouldn’t come easy.

She went on to take 2nd place at the 2018 St. Louis Pro, being just one place shy of qualifying for the Olympia. She had the same kind of luck with shows that followed, placing 7th at the Orlando Europa Games and 3rd at the Champions of Powder and Grace Pro. 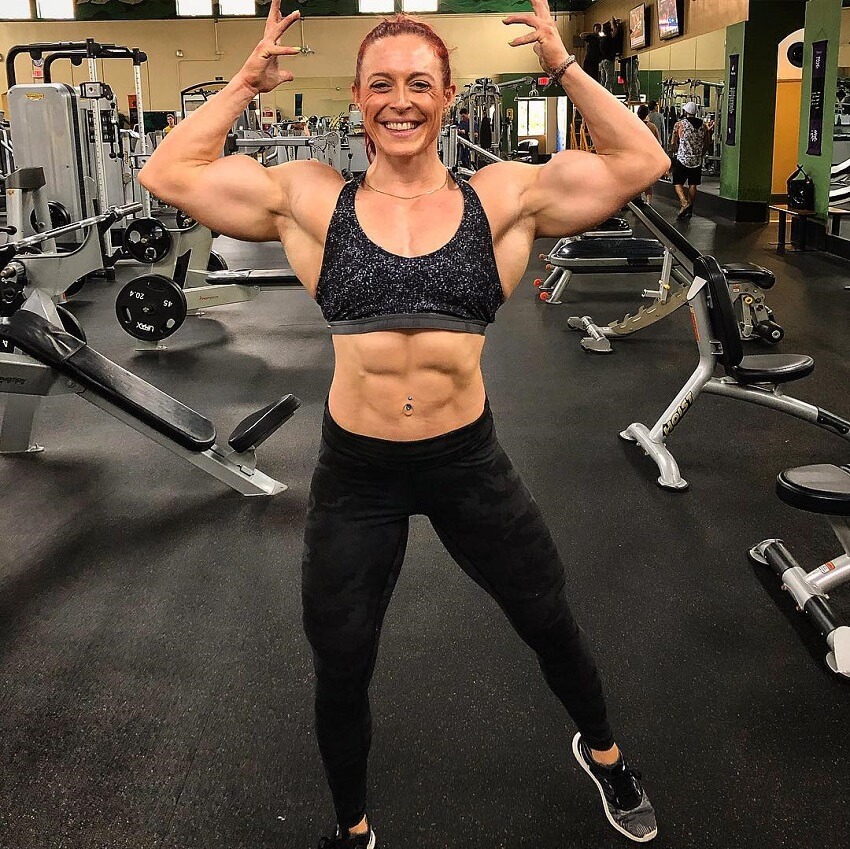 Katie says that the growth she’s experienced as a Pro athlete can’t compare to anything. As she states:

“There was incredible amount of growth coming from this journey thus far; physically, mentally, emotionally, spiritually, and psychologically. I’ve been able to guide my clients, friends, followers, supporters, and even strangers towards holistic health and wellness.”

Not only has Katie achieved growth as a bodybuilder, she’s also become a successful health coach and personal trainer who now helps others achieve their own fitness goals. With a personal training and nutrition certification, along with countless medals under her belt, Katie Lee clearly doesn’t plan on slowing down anytime soon.

“I want to bring back the golden era of female bodybuilding that encompassed feminine, elegant, graceful, and beautiful muscle. Showing women (and men) across the globe that being strong and muscular is beautiful, as long as you carry yourself with class and always make it a point to inspire others every chance you get.” 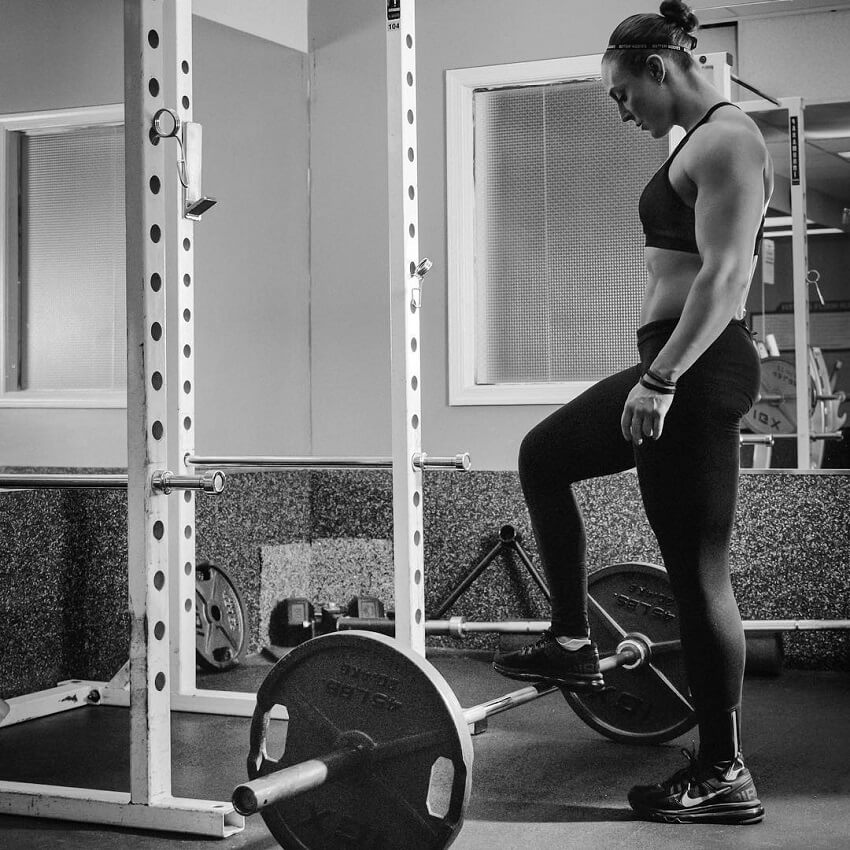 There are many videos of Katie online showing her dedication in the gym. She likes to combine compound exercises with isolation movements; this way, she hits the muscle from multiple angles and ensures optimal growth.

However, she’ll prioritize one type of exercise over another, depending if she’s competing or not. When she’s close to a show, Katie will do more isolation exercises to work on details of her physique.

By contrast, she’ll focus more on heavy compound movements when she’s in the offseason.

Some of Katie’s favorite exercises include: 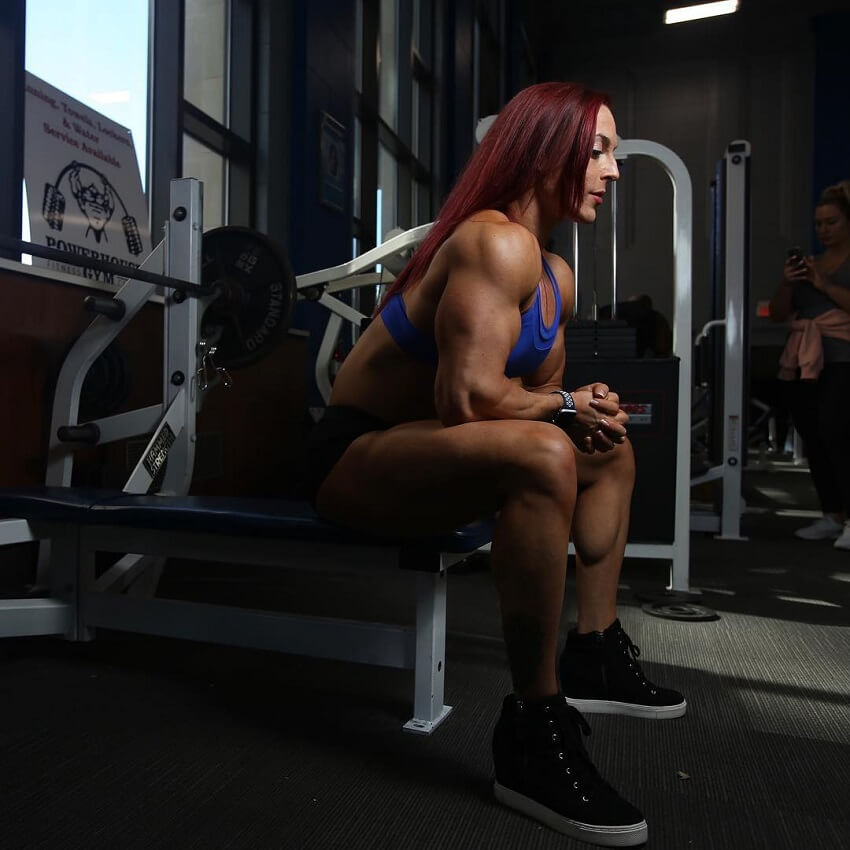 As a professional athlete, Katie Lee is known for being strict and precise with her diet. This allows her to keep her awesome physique all year round.

She stresses that food should be the number one priority, not supplements. Only after her diet is planned out and covered, will Katie focus on which supplements to take. 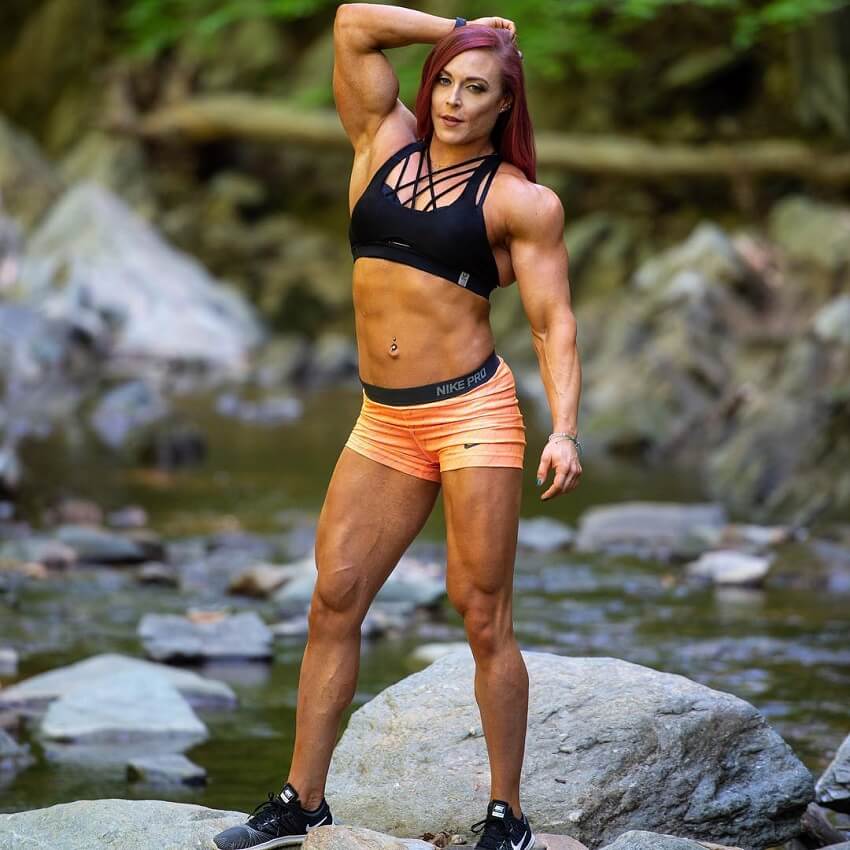 Katie Lee and her bodybuilding journey all started after she met her coach, Kina Elyassi.

Katie says, it’s Kina who encouraged her to take part in her first fitness show, and from there, the two have become an inseparable team. As Katie said:

“Almost a year into lifting on my own, I had the pleasure of meeting and training with a pro bodybuilder and my current coach Kina Elyassi, who gave the confidence and encouragement I needed to decide to compete in Women’s Physique.” – Katie Lee 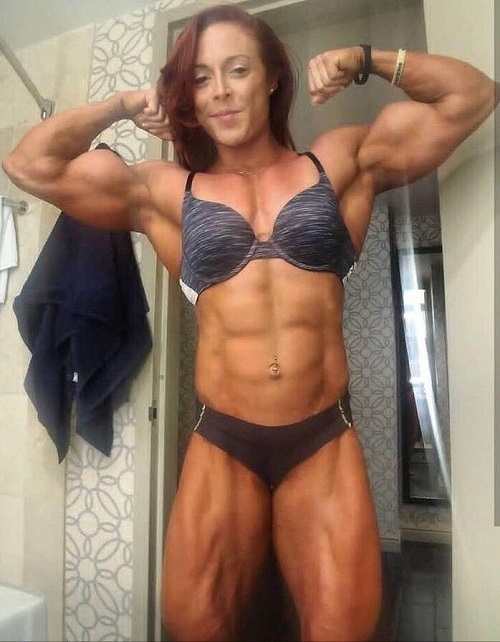 What we can learn from Katie Lee

If there’s a lesson to be learned from Katie Lee, it’s that every road to greatness is full of ups and downs. Success doesn’t come without hardships. The best way to reach your goals is to see challenges as an opportunity to transform yourself into the person you want to be.

By following these principles, you too can one day reach greatness – just like Katie Lee did.

Thank you for this!!! I am honored to share my journey with others. The best is yet to come with KLeeMade so stay tuned 🙂 I will be creating my own app in the near future! I will continue to work hard, compete in every way I can, and change this world through the love and passion I have for fitness, health and wellness 😉 God Bless!

Hi Katie! my name is Keith Jones living in South Carolina just want to say that you are amazing!love your physique and you have nice biceps! wow!and the red hair love that two keep doing what your doing stay strong and be safe so much going on take care love you.

Hi me again Keith! forgot one more thing! you have a great smile! take care.

Katie is outstanding….definately one of the best looking FBB’s out there as far as I’m concerned