Karina Maria Servin Grau is a nutritionist, personal trainer, and a figure competitor from Paraguay. She’s the winner of the 2015 Los Angeles Pro Figure Championships, and is the second Paraguayan in history to turn Pro in the IFBB.

Karina first stepped into the gym at the age of 16. From there, she slowly developed a passion for fitness and the competitive lifestyle. One thing led to another, and Karina soon began competing in bodybuilding shows. Her first competition came in 2006, and from that moment on, her “life changed” forever.

After her initial start in bodybuilding, she continued to compete for a number of years bringing home impressive wins, such as the 2016 Los Angeles Championships where she won 1st place.

Karina’s dedication to the sport eventually led to her obtaining the illustrious Pro Card. Along with marking a name for herself in both Paraguay, and in the world, as a top female bodybuilding competitor. 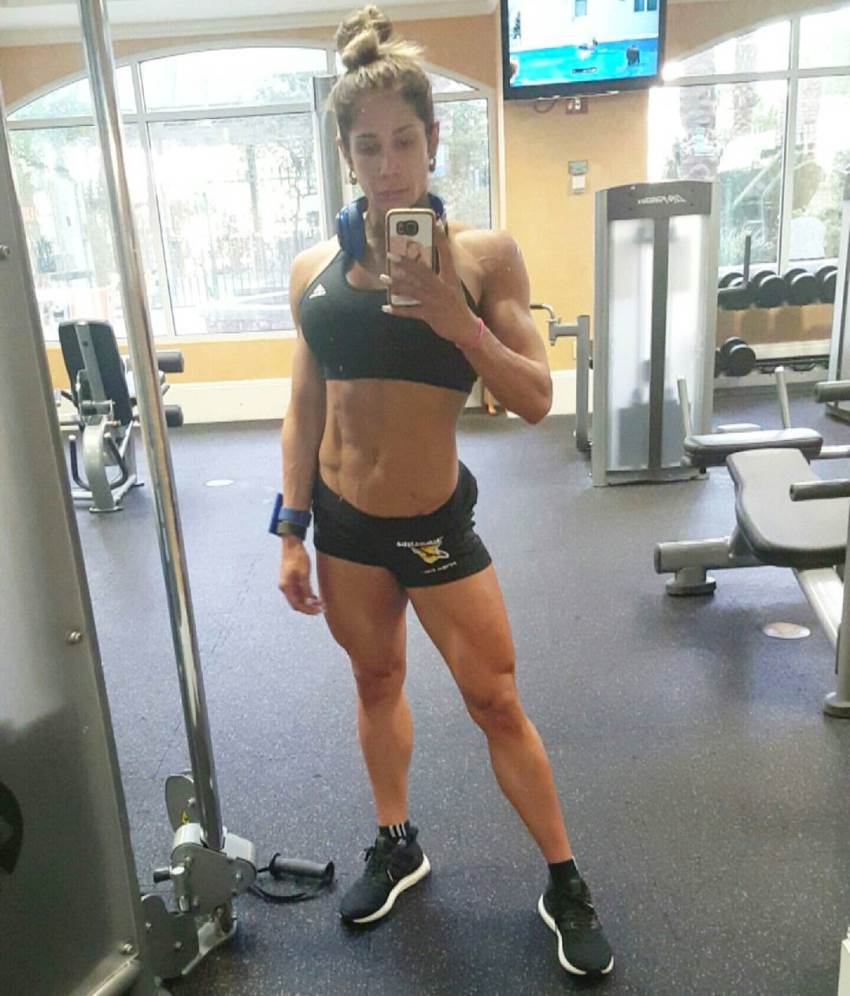 “Instead of saying ‘I don’t have time’ try saying ‘it’s not a priority,’ and see how that feels. Are you as busy as you think?” 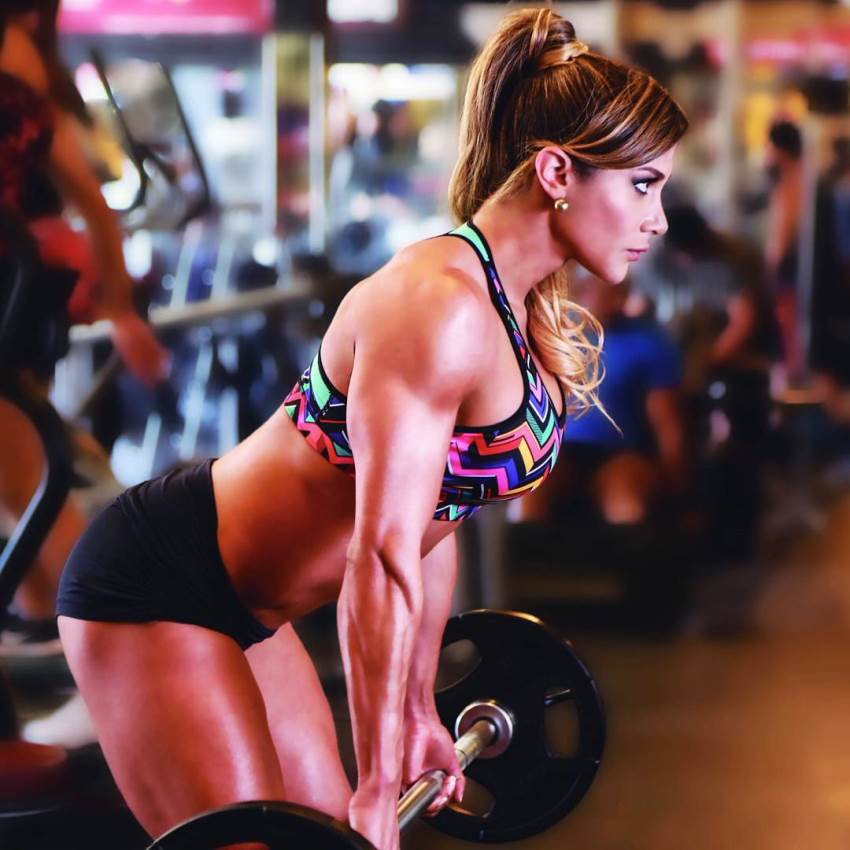 “A goal without a plan is just a wish.”

Certifications and Other Achievements 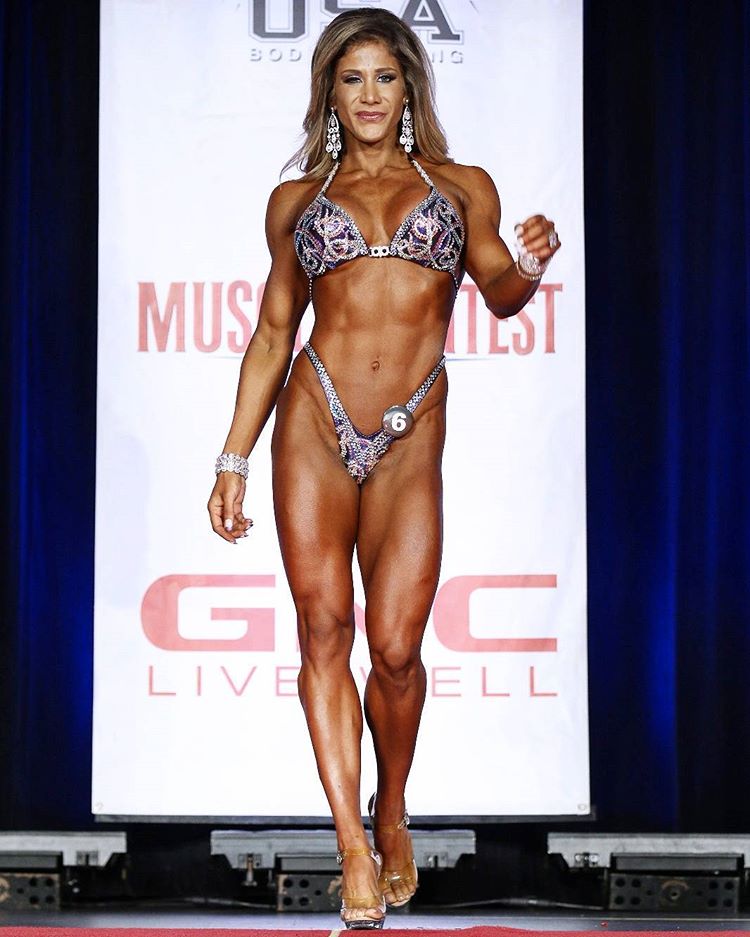 “The best project you’ll ever work on is yourself.”

Born in 1986, Karina Grau Servin grew up in an active environment where she was always supported by her family to pursue her athletic goals.

After enjoying various types of training in the gym for a number of years, around the age of 16, and close to her sophomore year in high school. Karina started going to the gym with a more serious attitude and goal in mind.

Having seen her body progress over time, Karina became more involved with fitness as the weeks turned into months. She started researching about nutrition and training. This is when she begun toying with the idea of taking things to the next level, and that’s exactly what she did.

Unknowingly, for years, Karina was making the necessary steps towards taking part in her first competition. It was in 2006 when Karina finally gathered enough courage to sign-up for her very first bodybuilding show. 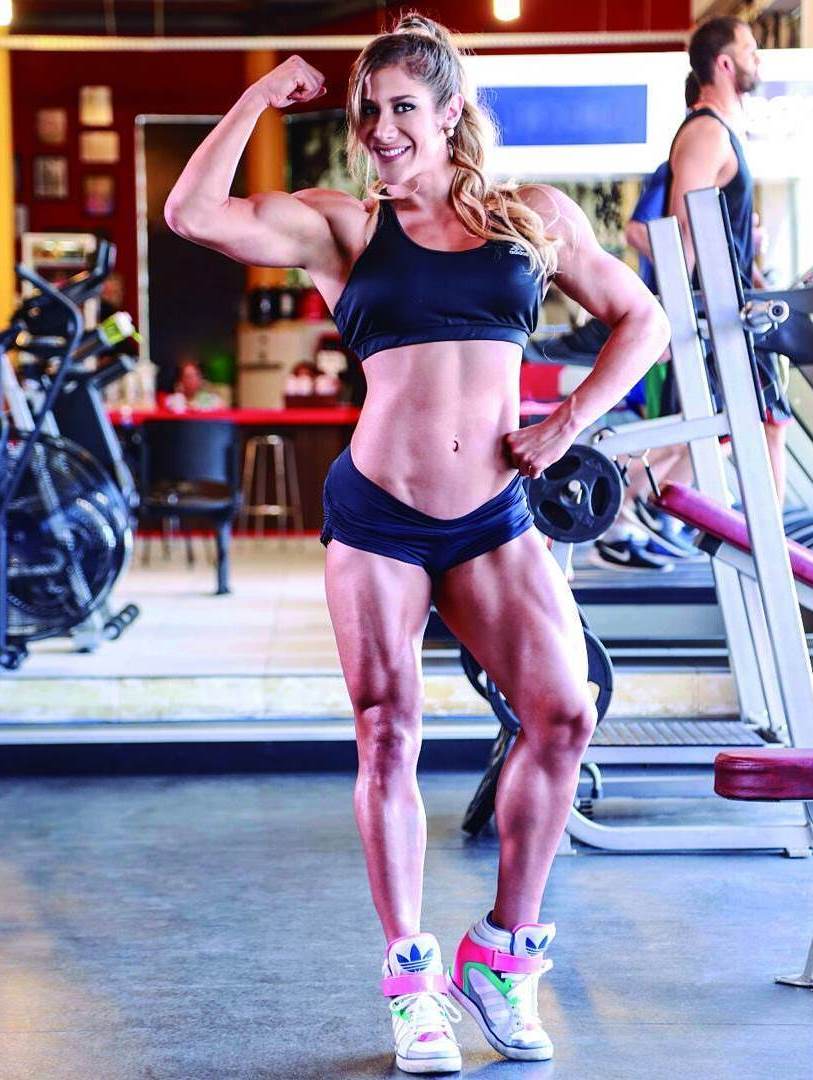 The time came and Karina steeped on stage for the first time in 2006. According to her, it was the competition in which “she had the least nerves”. Karina said she was “exhilarated” after the show, despite not making the spot among the top three competitors.

A year later, she began her nutritionist course. This is when Karina’s career took sharp “uphill” direction. With her newly-gained knowledge on nutrition, she was finally able to take her physique to the next level. All of which allowed her to bring the best version of herself to the 2012 Miss & Mr. Paraguay. The hard work paid off, and Karina won 1st place.

The following three shows weren’t as easy to win. Apart from one 13th place, she won three out of four shows that year. She ended 2012 by winning the Sudamericano, before taking another 1st place trophy at the 2013 Energy Classic several months later.

However, the best was yet to come. Inspired by her awesome streak of results, Karina participated in the toughest tournament yet – the 2013 Arnold Classic Amateur in Brasil. Among the best physiques of South America, Karina came out victorious, earning the much sought after Pro Card.

Over the next 3 years, Karina toured the world competing on the professional circuit. One of her most notable achievements during that period was winning the IFBB Tournament of Champions Pro Figure in San Diego, California.

Competing In The Olympia

Karina said the pinnacle of her career was participating at the Mr. Olympia. According to Karina, this was the moment she was able to stand shoulder to shoulder with the best competitors in the world.

Although Karina’s results didn’t make it to the top 3. She was still able to say she was the first female competitor from Paraguay to ever turn Pro in the history of the sport. An achievement she’s wholeheartedly proud of. 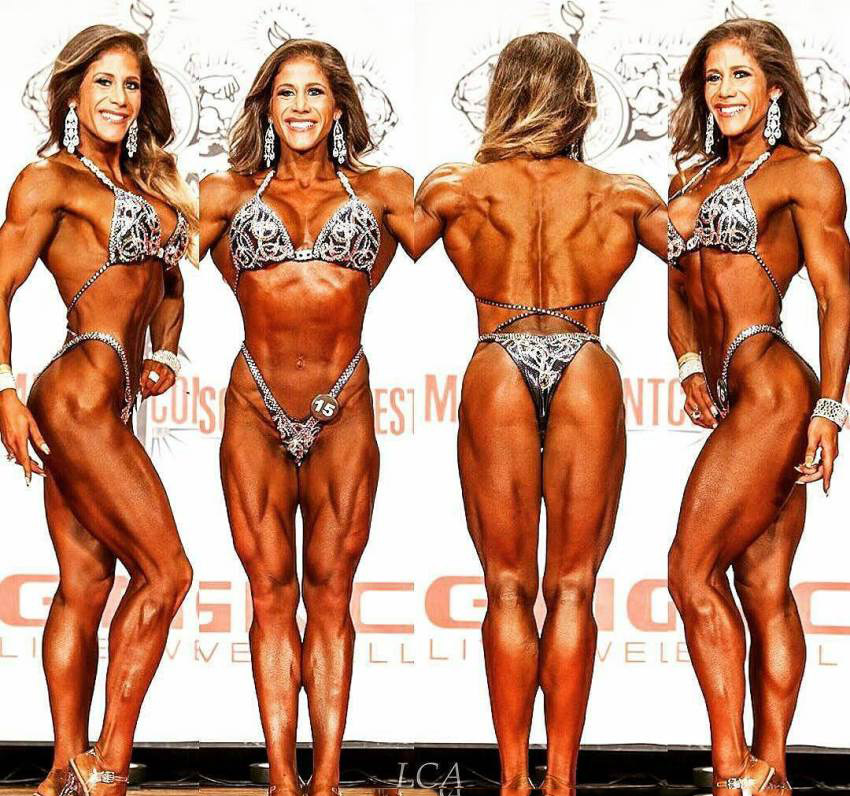 “Everyone needs something to aim for. You can call it a challenge, or you can call it a goal. It is what makes us human. It was challenges that took us from being cavemen to reaching for the stars.”

One of Karina’s favorite body parts is her shoulders. She finds them enjoyable to train, and also mentioned how they develop quickly.

On the other hand, Karina has to put in extra effort through her years of training abdominals and glutes, as she said, ” they don’t grow easily”. Because of that, she usually trains heavy, and with high volume. Especially when working on her lower body parts or core muscles.

When training for a competition, Karina will usually cut down the time she spends in the gym. She will replace that time with some kind of a cardiovascular activity, mostly running outdoors. 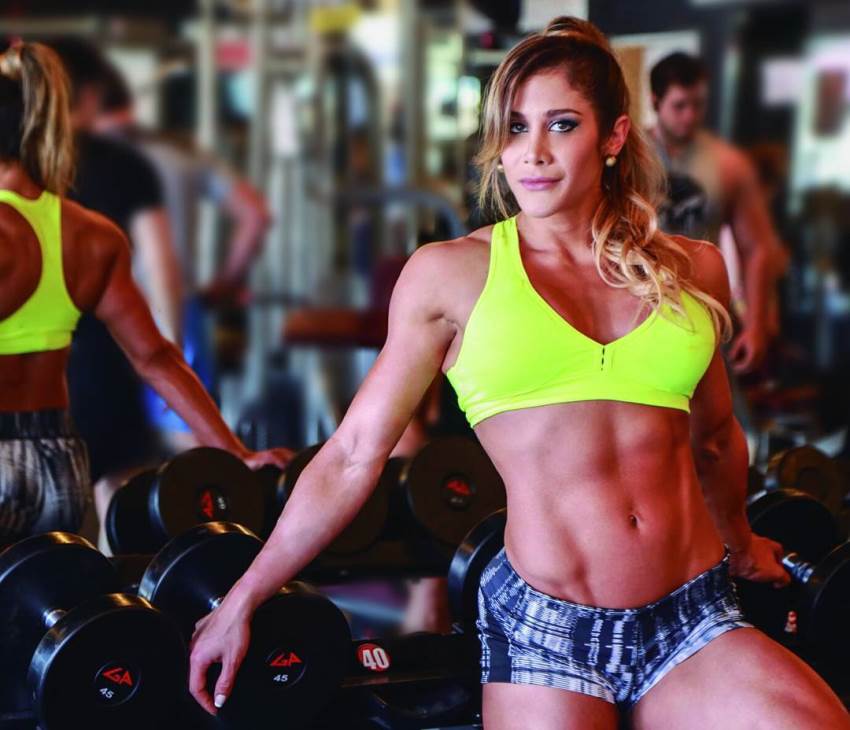 “You gotta run your own show. You’ll never meet someone as hungry as you about your goals.”

Karina makes sure to put the right foods in her body, no matter if she’s competing, or in the off-season. However, as she believes in balance, she’ll break the rules occasionally. According to her, if her mind is craving something, she will eat it. But she will also make sure not to binge and overeat.

When preparing for a competition, Karina will lower the amount of carbs she consumes. She will replace them with proteins such as eggs and chicken. 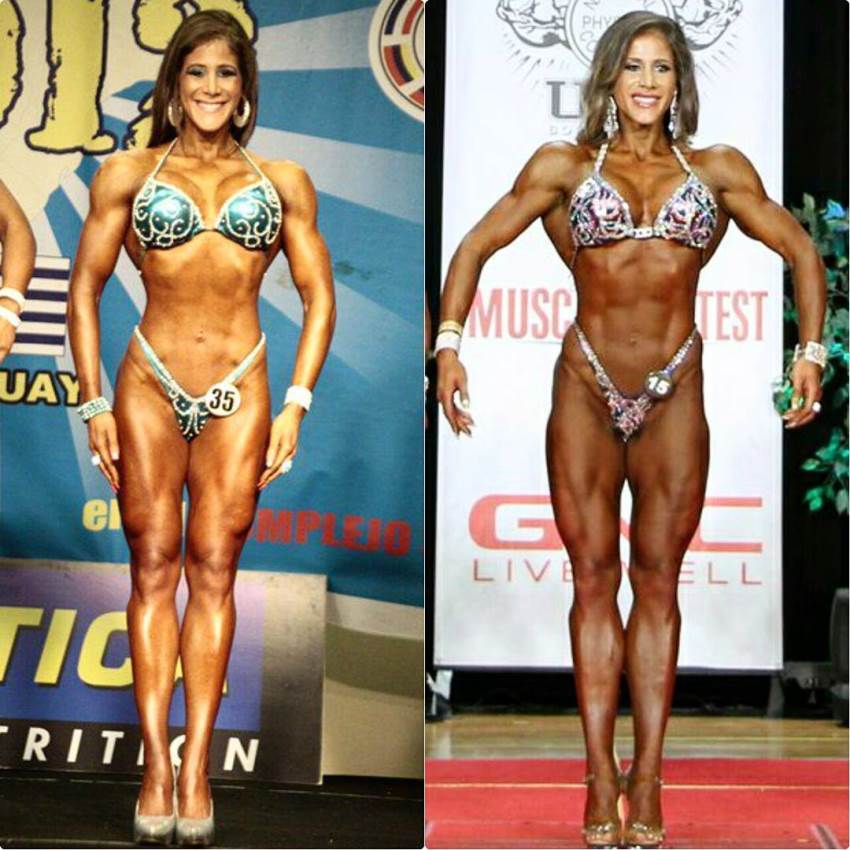 In her early days, Karina’s main inspiration was Monica Brant. With her amazing physique, Karina said Monica was always an example to follow for young women looking to get in shape.

As she grew older, Karina found motivation in Erin Stern, an athlete with a strong mindset and persistent character. Something that Karina often tries to replicate. 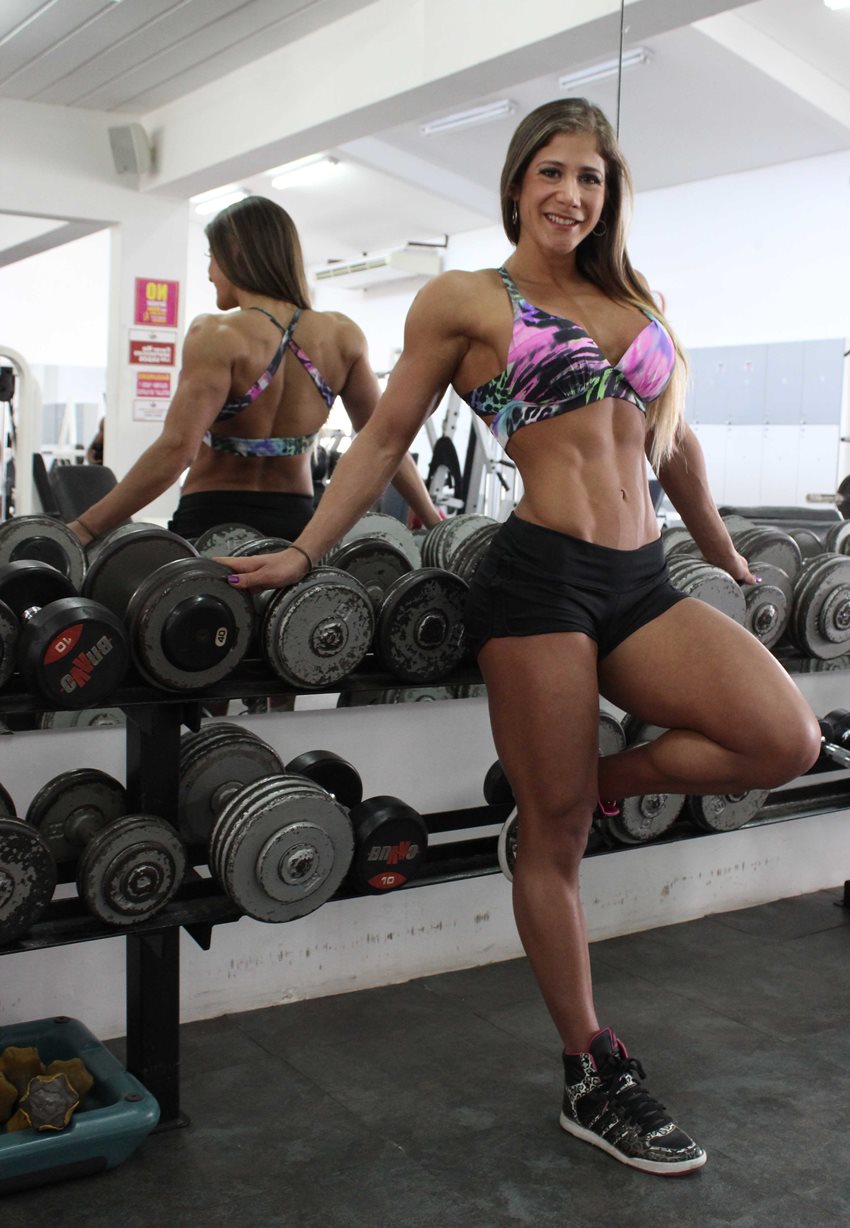 What we can learn from Karina Grau Servin

Having competed for over a decade, Karina knows the importance of hard work and dedication. Her success didn’t come overnight. She spent a lot of time away from the bodybuilding stage, perfecting her diet and training regimen. All of which enabled her to win the ever respected Pro Card.

Pushing her boundaries each and every day, Karina Grau Servin continues to spread her message of living a healthy lifestyle to the masses. Her story serves as an inspiration for future generations of female competitors coming from Paraguay, or anywhere in the world.

KARINA IS THE EXTREME ULTIMATE ATHLETE THAT HAS USED WHAT GOD GIVEN HER MENTALLY TO PERSUE HER ATHLETIC GOALS ! HER RESUME OF ACCOMPLISHMENTS ARE AS IMPRESSIVE AS LOU FERRIGOS ! SHE IS AS INSPIRATIONAL AS WAYNE GRETZKY AND MICHAEL JORDAN