Justine Munro is a Canadian bikini competitor and fitness trainer, born and raised in Ottawa, Ontario. However, in her early days, she was regarded as a ‘tomboy’, and someone who failed to finish anything that she started.

She found fitness, and was instantly hooked. In 2010, she stormed to a first placed finish in the CBBF Canadian National Championships Bikini, paving the way for IFBB Pro status. But first, she had to find someone to guide her in the right direction.

At this point, Justine began working out with a personal trainer. Shortly after, Justine realized that she wanted to begin competing on the bodybuilding stage – stretching far beyond her comfort zone.

Soon enough, she began to make a name for herself in her fitness career. Along the way, she became a social media celebrity. Now, she aims to inspire others to achieve a physique just like hers. 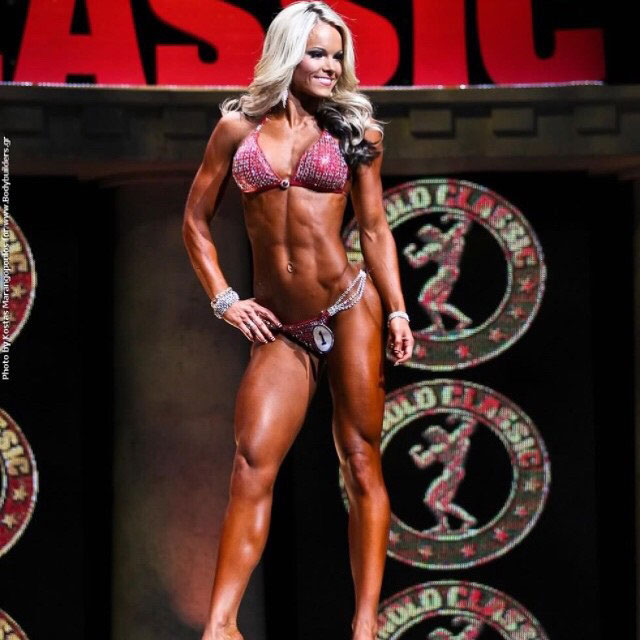 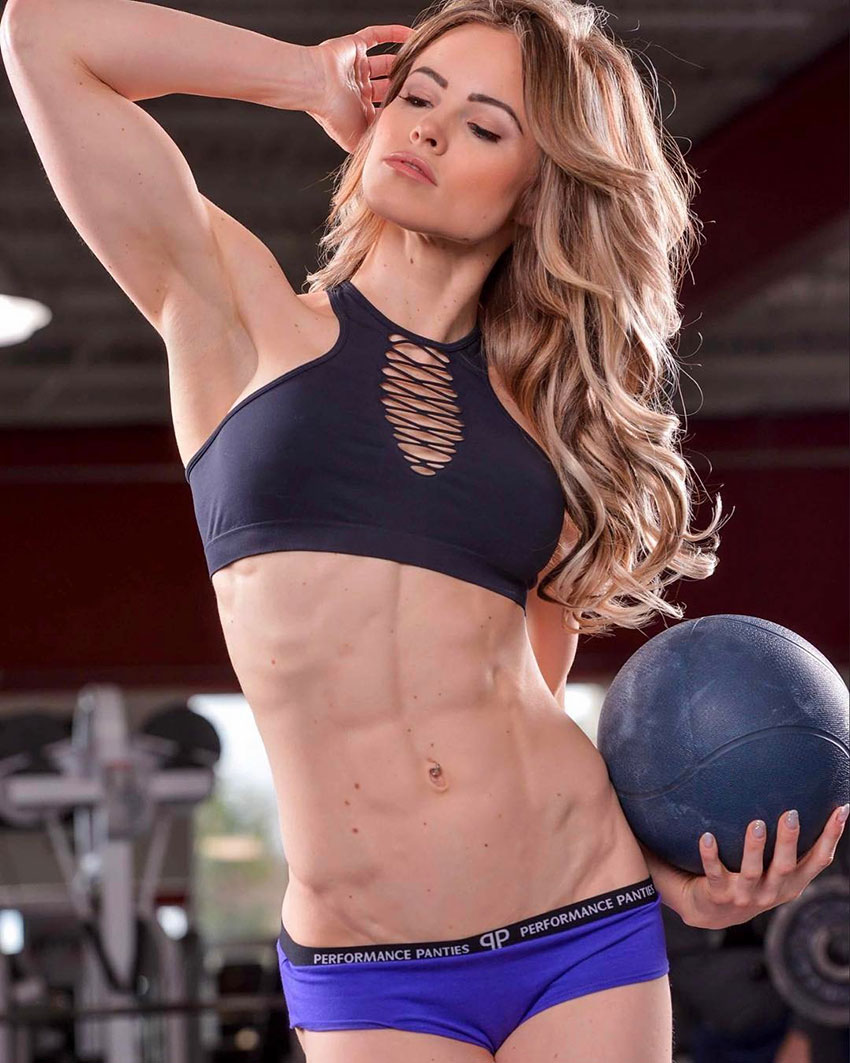 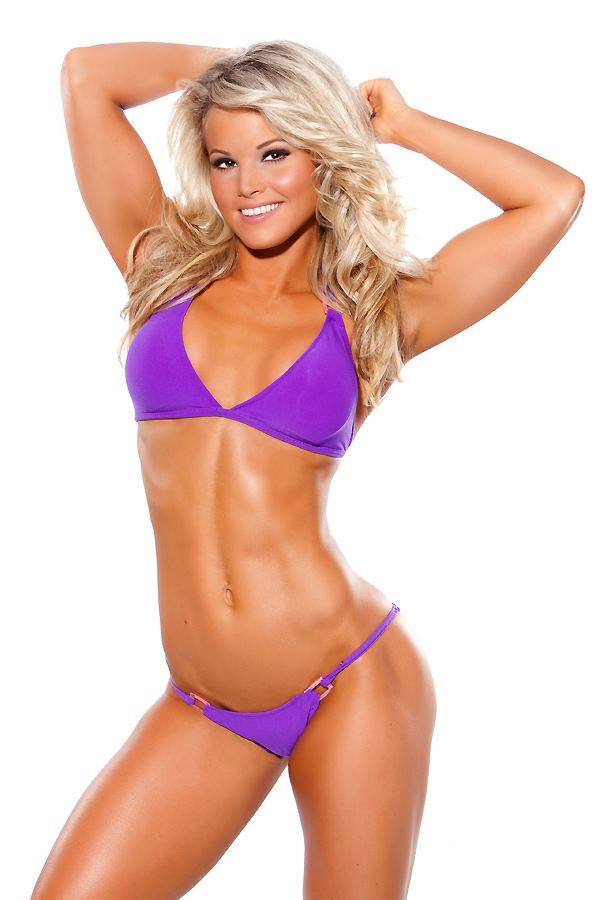 Getting Started Within Bodybuilding

Justine was born in Ottawa, Canada in 1988. Throughout her childhood, she always thought of herself as a bit of a ‘tomboy’.  She had a keen interest fitness and remaining active, but she didn’t really have any particular goals in mind.

During this time, she was widely regarded by her friends and family as someone who never finished anything. But one day, her mindset totally changed. She made it her mission to prove them wrong.

After a while, Justine struck up a conversation with a personal trainer she met in the gym. It turned out he’d competed on the bodybuilding stage before, so soon after this, he encouraged Justine to do the same.

However, this was something that Justine had never considered before, due to her reputation as a tomboy. Despite this, she decided to give it a go – offering her the chance to reinvent herself as a new person.

Turning To The Bodybuilding Stage

Justine began training hard in the gym with her personal trainer. She was determined to make a success out of her bodybuilding career, knowing that this would offer her the platform to continually reach new heights in her fitness journey.

Soon enough, she was ready to become a bikini competitor. In April 2009, Justine placed first in her first competition, winning the audience choice award. This was a proud moment in her life. From this point onward, Justine kept pushing forward, eager to achieve more success. 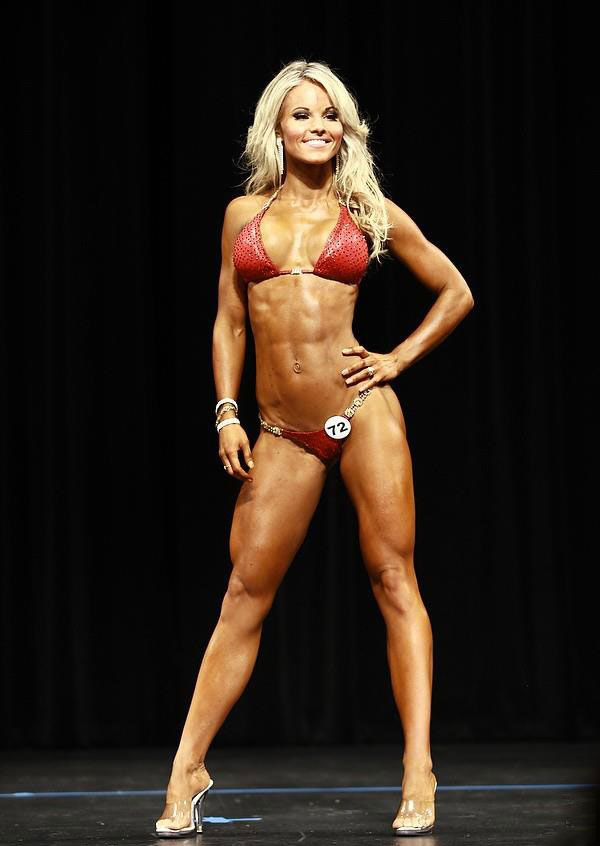 The Road to Success

Justine began her preparations for the CBBF Canadian National Championships in 2010. She worked hard to get to this point – determined to give it her best shot.

Under the guidance of her personal trainer, she stormed to a 1st placed finish. As a result, she was able to earn her Pro Card.

After her win in the competition, Justine highlighted this as one the proudest moments of her career in bodybuilding. From then on, she was eager to keep pushing forward for her next competition.

As a result, Justine became very self-motivated, aiming to replicate the success of her last win. She was able to achieve just that, by finishing 1st in the Pittsburgh Pro Bikini competition in 2011.

Later in her bikini competing career, Justine was able to finish in the top three in several of her competitions. This included the St. Louis Pro Bikini and Houston Pro Bikini competitions in 2012, where she finished in 1st and 2nd positions respectively.

This was a result of the hard work she was putting into her training in the gym, as well as following a suitable nutrition program. Staying active in her competition appearances allowed her to remain on track – reaching all of her fitness goals along the way.

Where Is She Now?

Justine became a fitness trainer, realizing it was her dream to help others achieve their fitness goals. She earned success in her career as a bikini competitor, now she wanted to help others follow in her footsteps.

Along the way, she became a sponsored athlete and social media celebrity. This emphasized that she had come a long way since starting out in fitness, giving her a platform to achieve so much more. 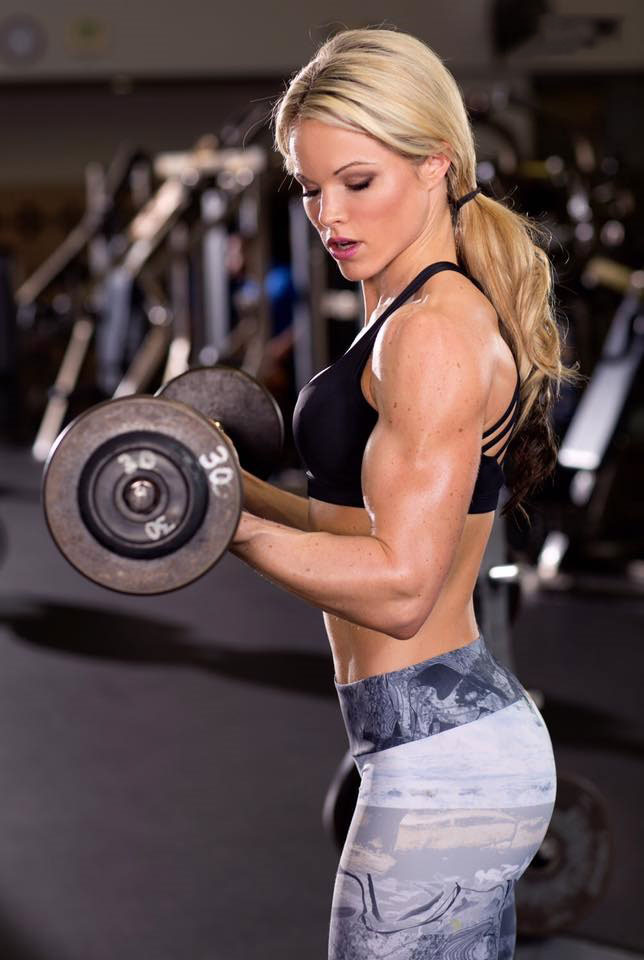 Justine stays consistent with her training so that she’s able to remain in peak condition all year round. A workout that she follows on a regular basis to work on her legs is listed below: 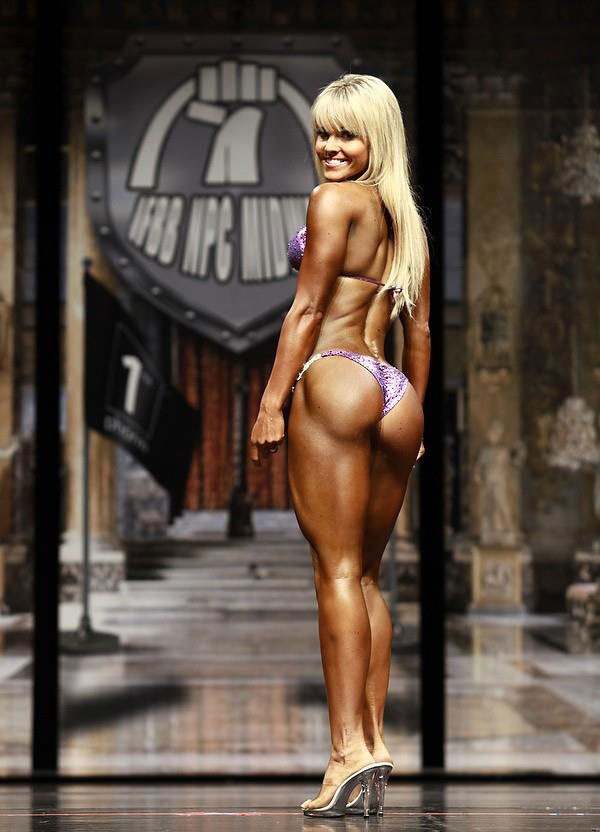 Justine makes healthy food choices so that she can maintain her slimline physique. To do this, she prepares her meals at the start of the week to remain on target to reach her fitness goals. However, she gives herself an extra incentive by allowing one cheat meal per week.

One of Justine’s favorite healthy recipes is listed below: 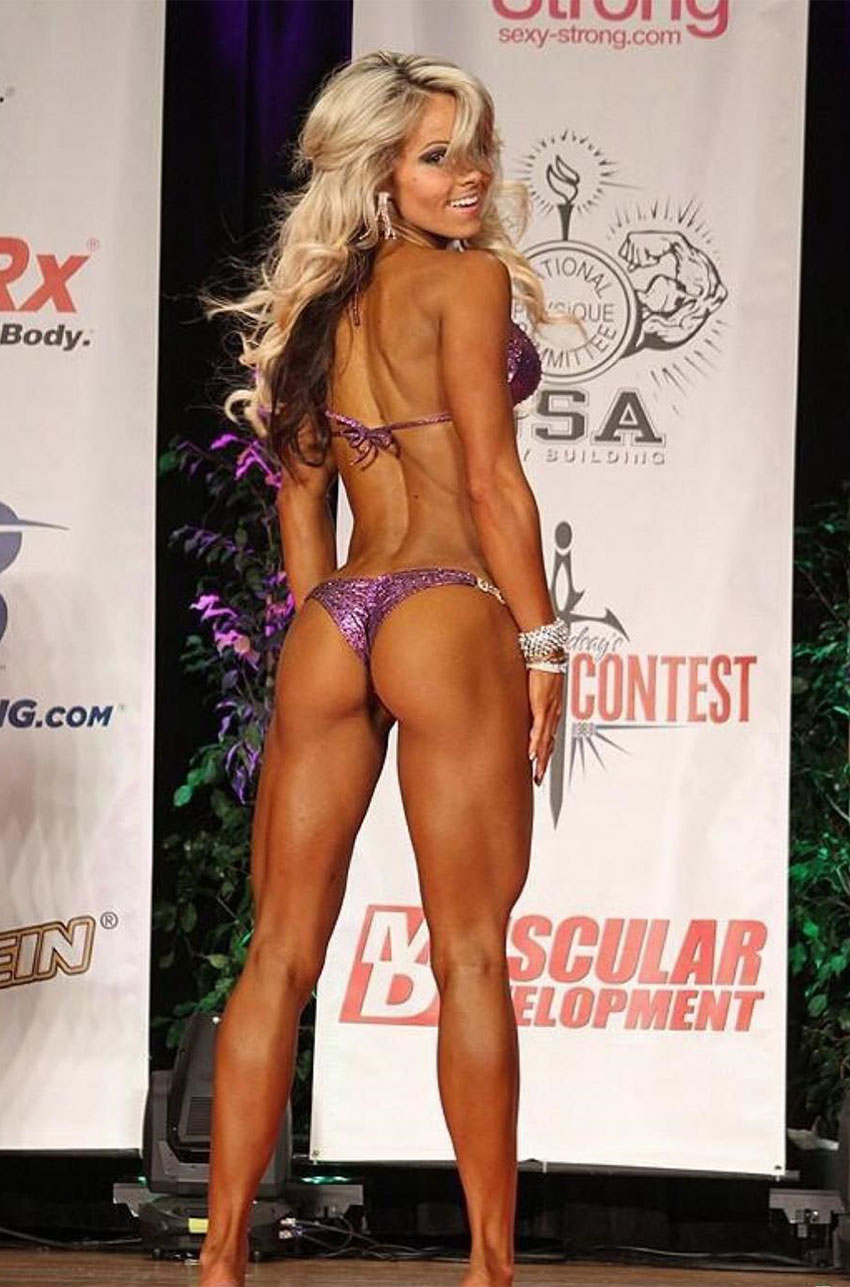 Justine started out in fitness because she wanted her friends and family to take her seriously. While in the process, proving to herself that she could achieve great things in her fitness journey – such as winning her Pro Card.

After achieving success, Justine was supported heavily by her family. She highlights their influence in pushing her forward, in particular her mother:

“People around me motivate me. My family, my friends, my mother (she’s always my number 1 motivator) as she pushes me to never give up and no matter what we go through in life to keep your head held high and keep moving forward”. 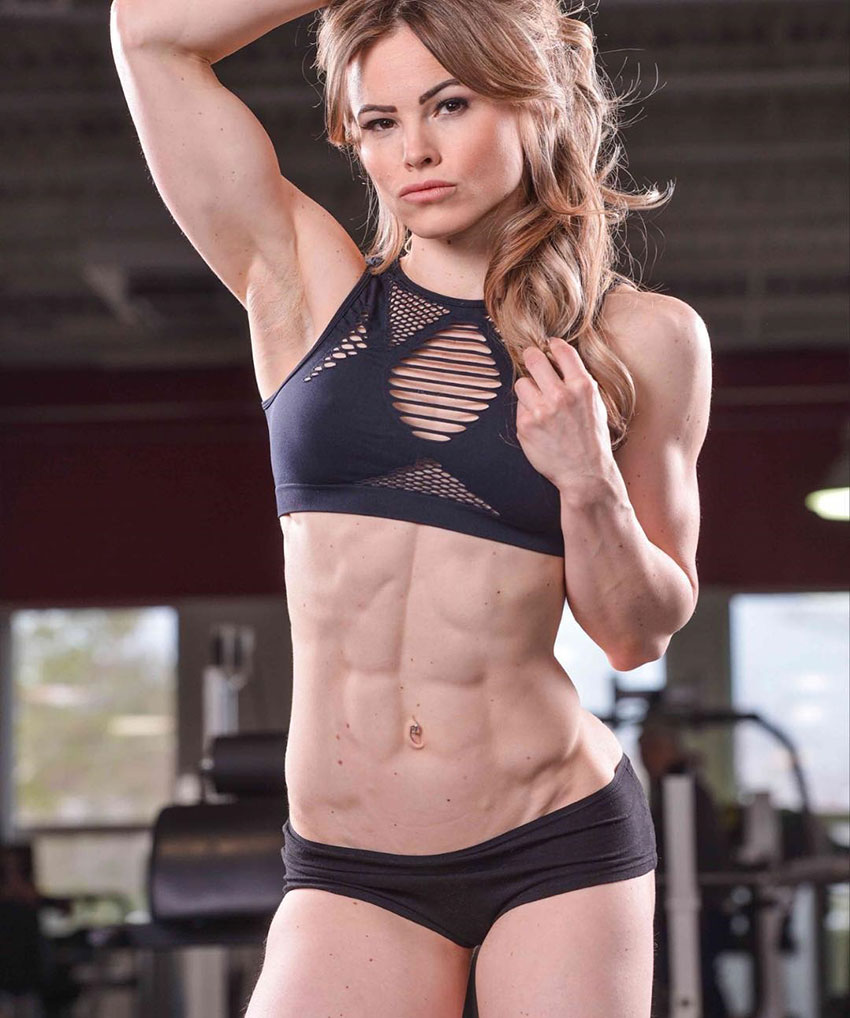 What we can learn from Justine Munro

Justine Munro turned her love for fitness into something much more. She never thought about competing before, but soon enough, she was able to earn her Pro Card.

She became an inspiration across social media after sharing her story online. Eventually, she was able to start helping others earn their fitness dreams by becoming a personal trainer.

What we can learn from Justine Munro is that she learned to overcome negative comments from those who doubted her. She went from someone who never finished anything, to find instant success on the bodybuilding stage. From then on, she never looked back.

Miss Munro, you are the inspiration!!!
Today, right now, I choose to be fit for myself & my two daughters to competitively compete for 2022 CBBF.