Johanna Sophia is a fitness icon from Canada who was able to overcome bulimia. Back in her teens, Johanna fell in love with fitness competitions.

However, this soon turned into an obsession where she did cardio three times per day along with restricting her calories. During this process, Johanna lost 30lbs and looked unhealthy.

In 2014, after realizing something needed to change, Johanna decided to stop competing and focus on her own health instead.

Taking on a new approach to training, as well as dieting, she’s since overcome her challenges and become an inspiration for women the world over. 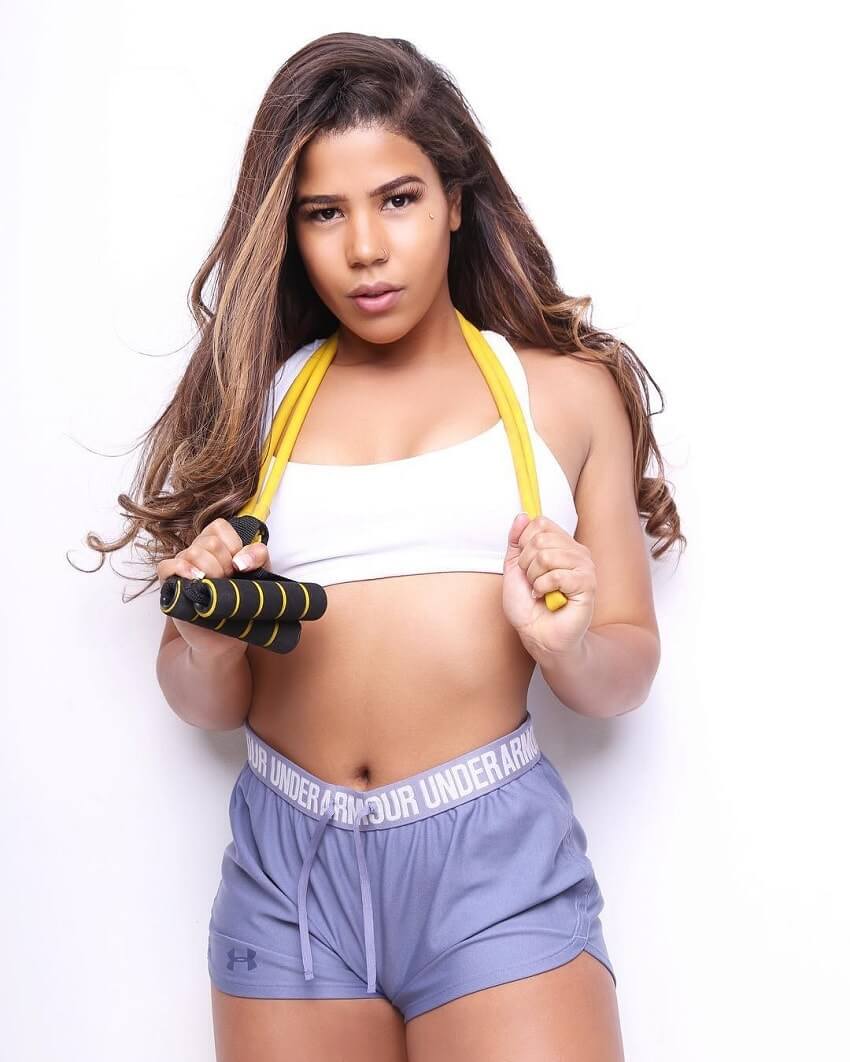 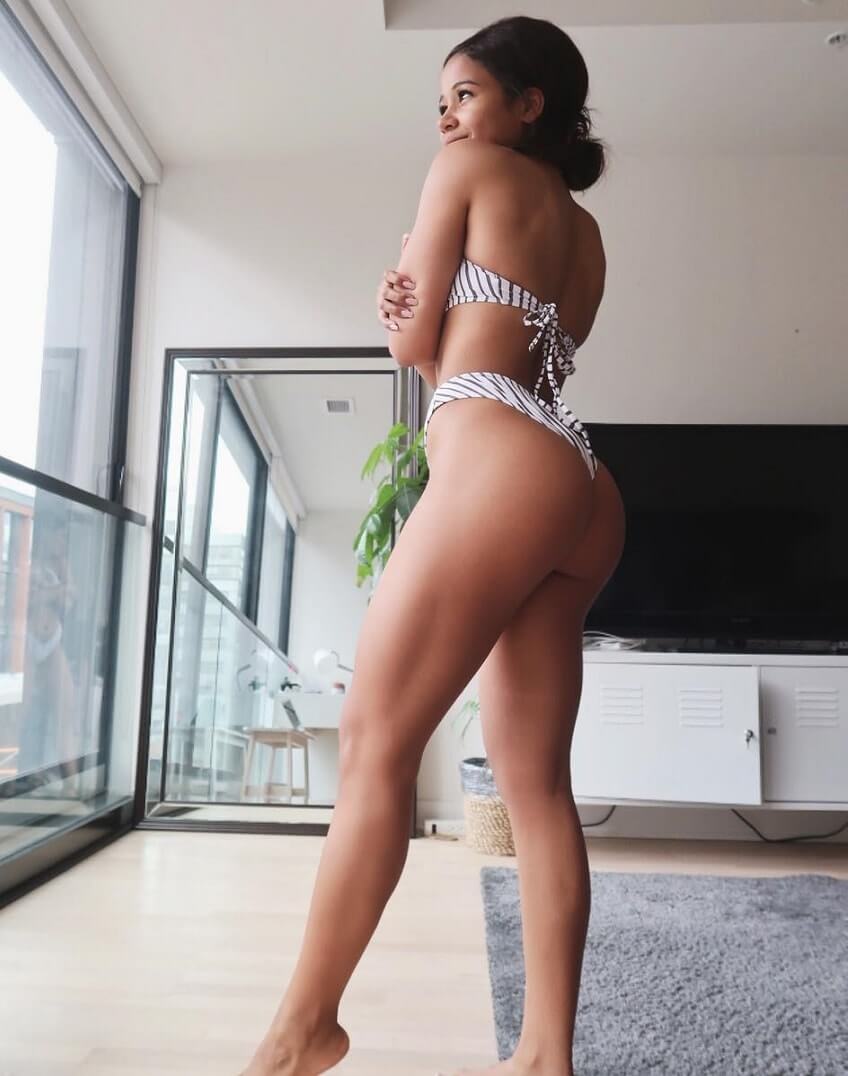 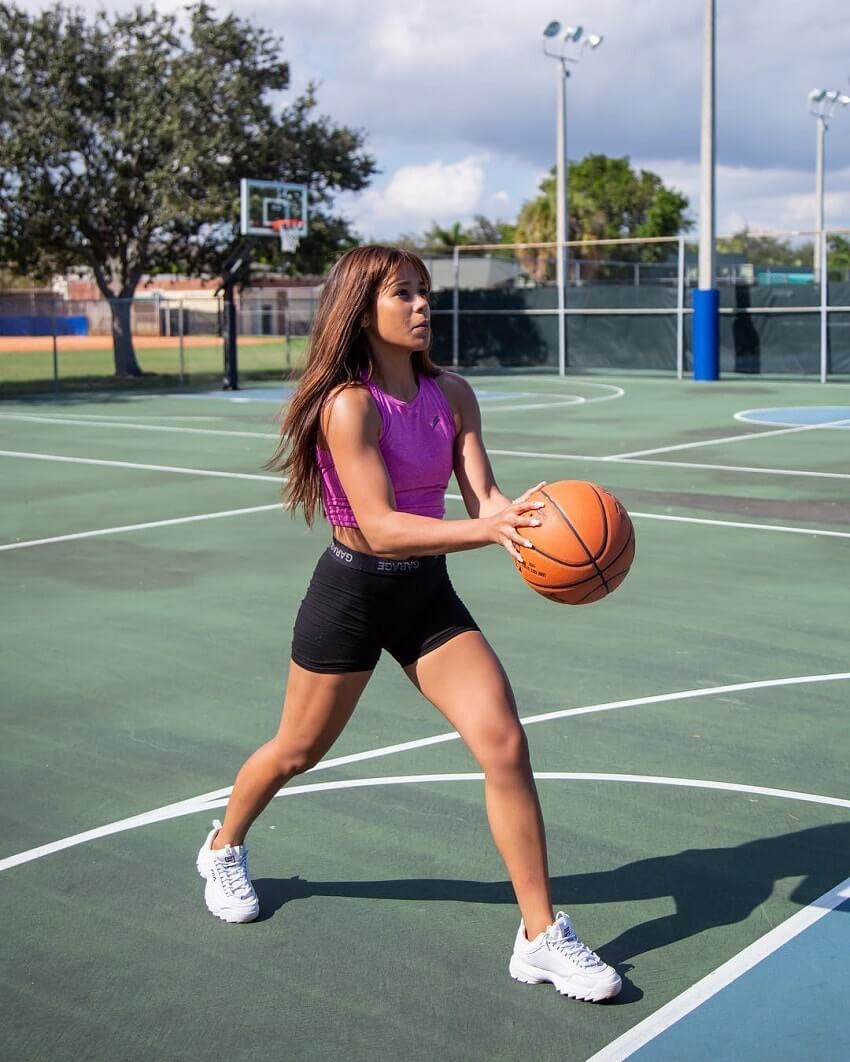 From a Hobby to an Obsession

Johanna Sophia was in love with fitness ever since her teenage years.

In fact, she loved training so much that she became a full-time competitor during high school.

However, things soon took a turn for the worse – Johanna became ‘obsessed’ with chasing the perfect figure for contests.

She started doing cardio three times per day, along with severely restricting her calories. She quickly went from 140lbs to a ripped but unhealthy 117lbs. 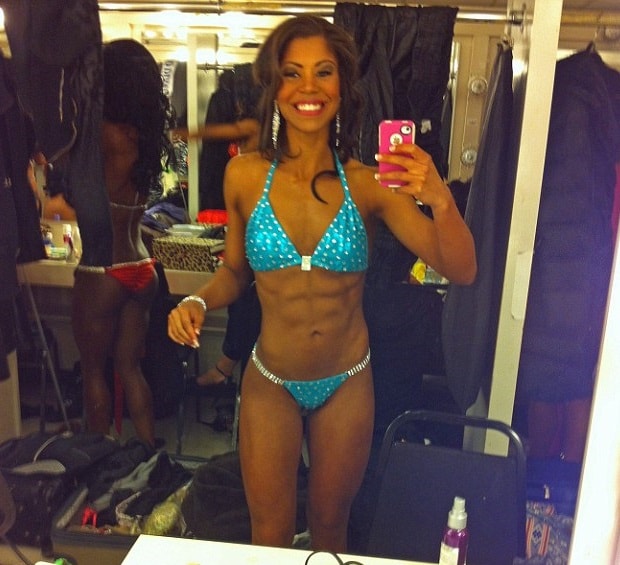 Johanna Sophia back when she competed in fitness.

Before she knew it, Johanna’s extreme training and dieting saw her develop bulimia.

This is an eating disorder which made Johanna constantly worry about her calories. She said;

“At the worst of my eating disorder, I was super-light and was making myself sick at least once a day.”

“I was consuming the low-calorie diet that my coach put me on but also was binge eating junk food – whatever sugary or fatty food I could get my hands on.” – Johanna Sophia 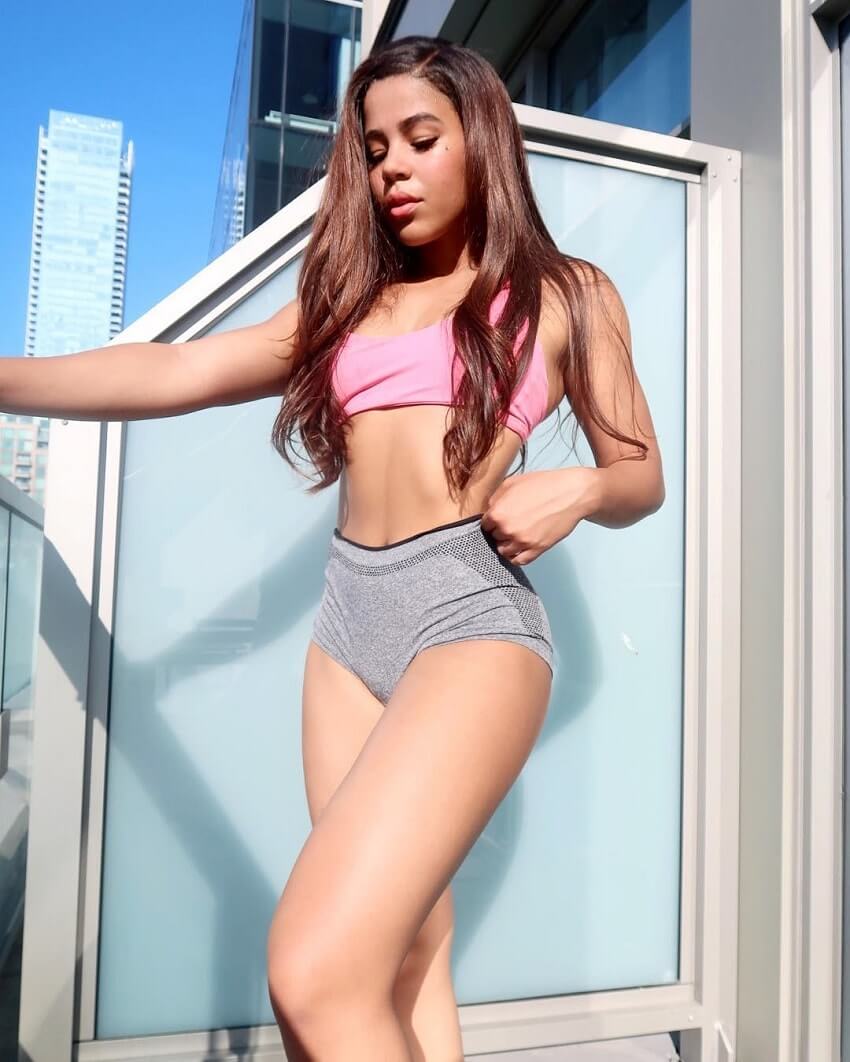 Johanna’s obsession with exercising and dieting only magnified her low self-confidence.

She constantly found ‘imperfections’ on her body, which in turn led her to become even more fixated on losing weight and ‘fixing’ herself.

“I always felt like I wasn’t enough or didn’t measure up,” says Johanna.

After her third fitness contest, Johanna began to realize what she did to herself. It was at this point she decided that something must change.

Knowing that she couldn’t keep up with her extreme fitness regimen, Johanna decided to quit competitions in 2014.

From there, she made it her priority to “take care of myself first.”

Instead of doing cardio three times per day, Johanna now trained once per day in the gym.

She also started a 100-day squat challenge where she trained hard and ate a lot of healthy food to become stronger and get herself out of depression. 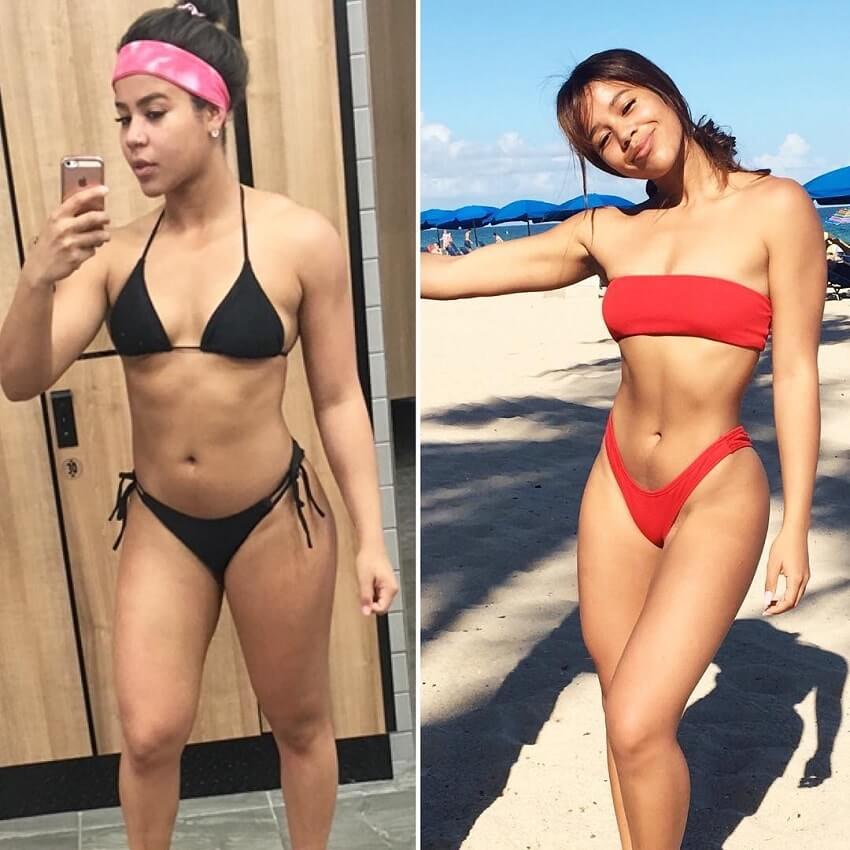 Over the course of her squat challenge, Johanna went from doing 225lbs to 320lbs in squats. She achieved this in no more than 70 days.

“With that came an extra three inches on my butt, and I was proud,” says Johanna.

The process of overcoming bulimia was a long one, but after years of sacrifices, Johanna’s life is now a far cry from what it used to look like.

She no longer restricts her foods, nor does she train excessively. Johanna now weights 145 pounds and looks happier, fitter, and healthier than ever. 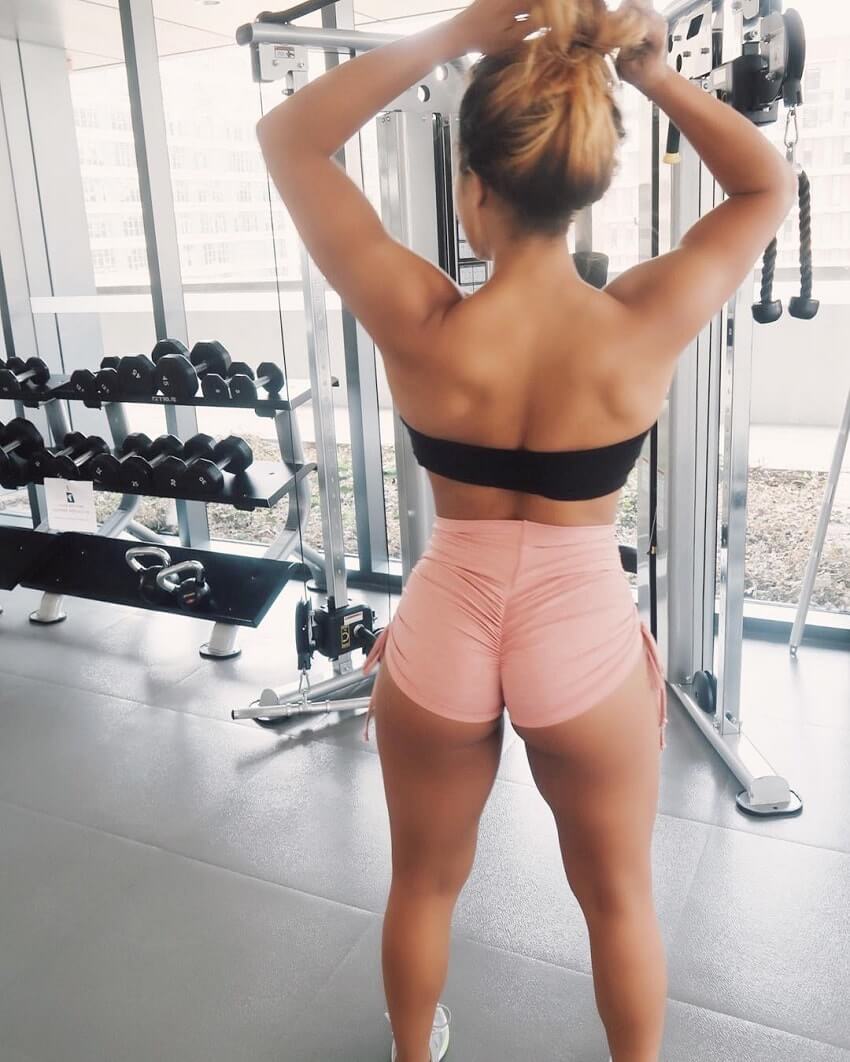 “It will take time, it will take hard work and a whole lot of perseverance but it will always be worth it.”

When she competed, Johanna did cardio up to three times per day.

As for her gym workouts, they consisted of countless exercises with many reps. By doing this, Johanna quickly lost a lot of weight and looked unhealthy.

However, she later adopted a new training routine. It was based on training once per day – doing heavy exercises such as squats, deadlifts, and overhead press.

After making this change, Johanna re-gained healthy weight and became stronger in the process. 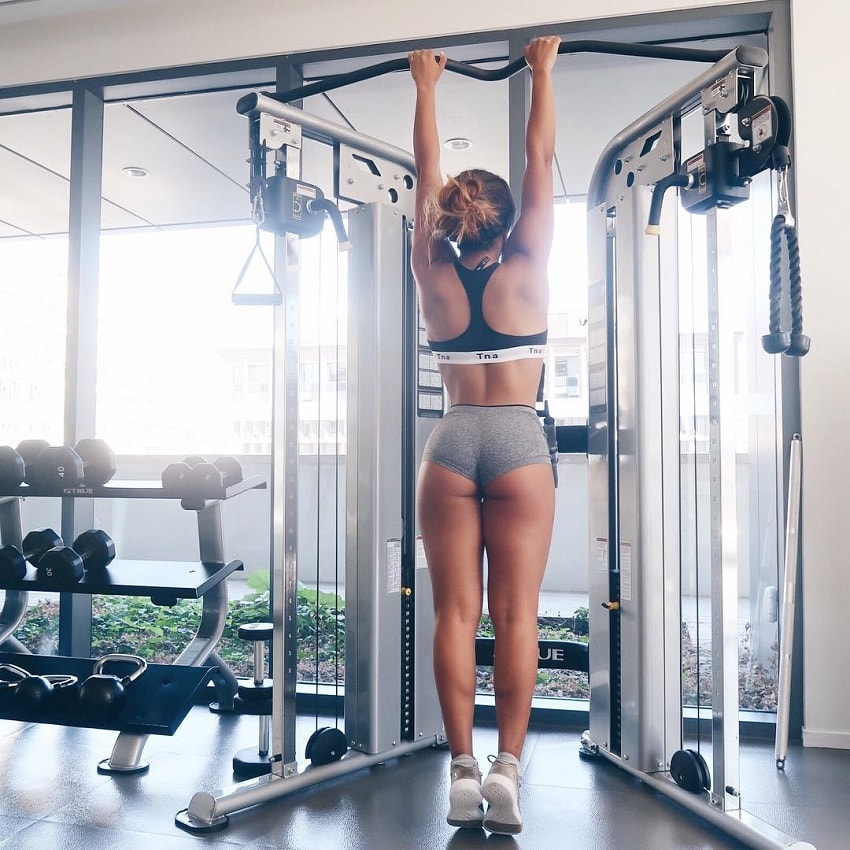 These days, Johanna no longer trains as often as possible.

Instead, her focus lies on doing more in less amount of time.

Her workouts are short and use different techniques such as drop-sets, super-sets, and forced reps to increase intensity and ultimately, improve results. 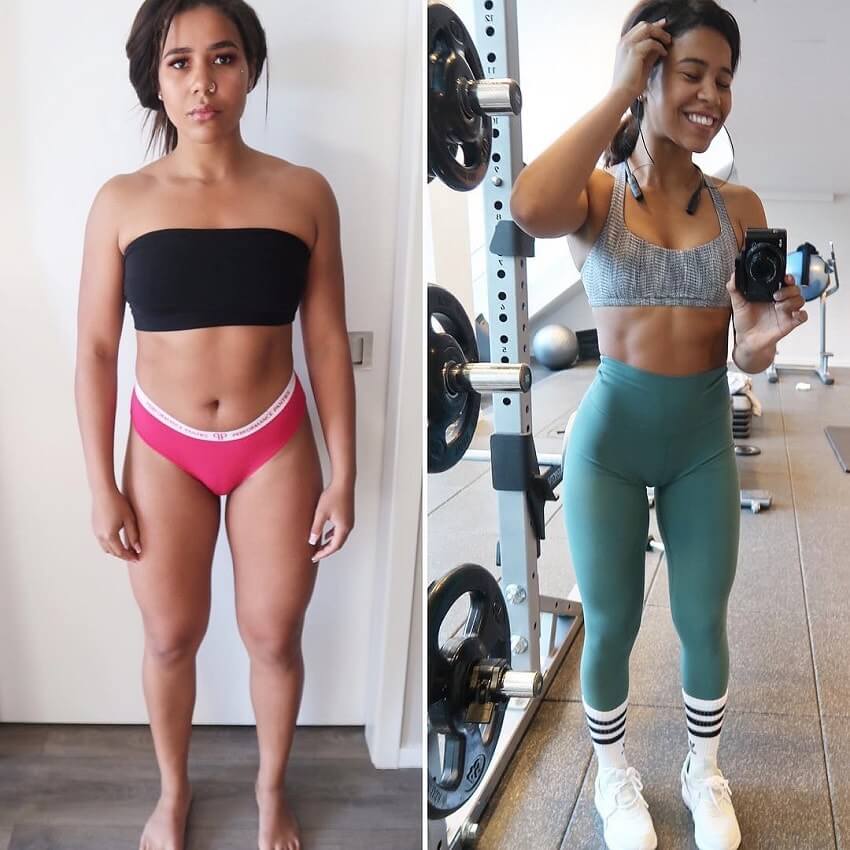 Johanna is known for sharing short and simple workouts that can be done anywhere, anytime.

Here’s an example of such workout focusing on her abs;

How to: Do the exercises from the above without any rest in between them. Once finished with the last exercise, take a 1-2 minute break and repeat the process for 3 rounds. 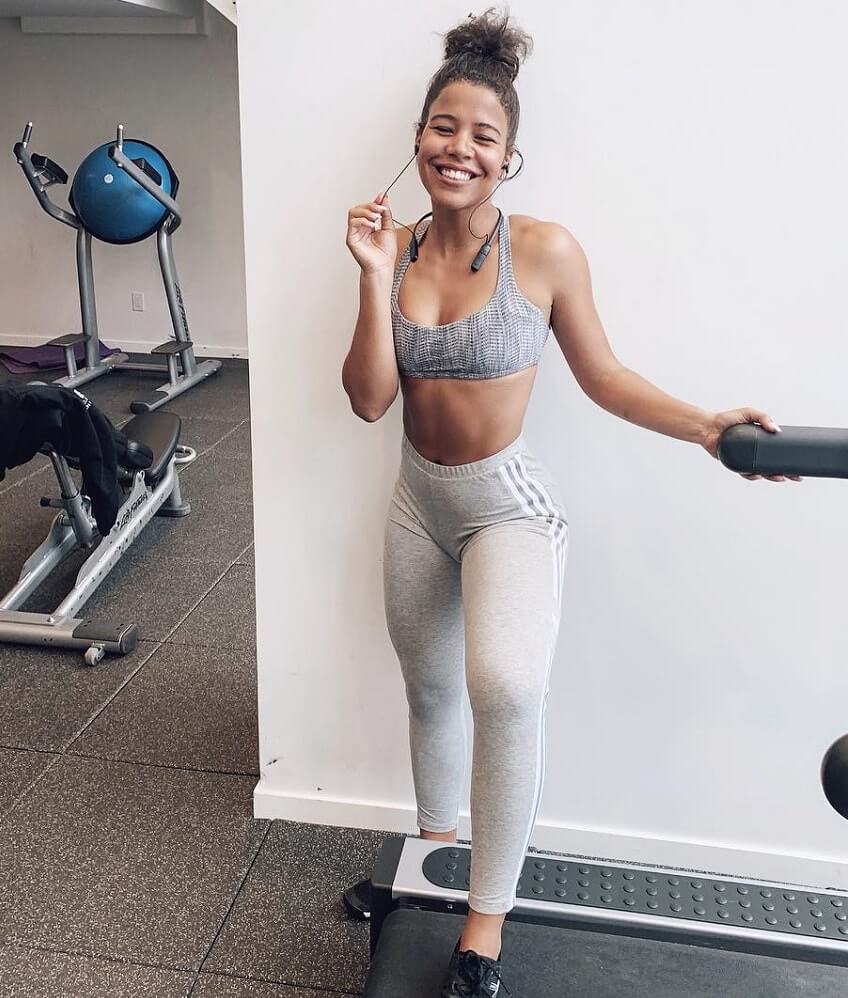 Here’s a quick and intense glute workout that Johanna has shared on her social media;

Starting the movement, Johanna lays flat on her back, rotates her legs in the opposite direction, and keeps her abs flexed. At each end range of motion, she focuses on feeling the squeeze – much as with other exercises in this workout. 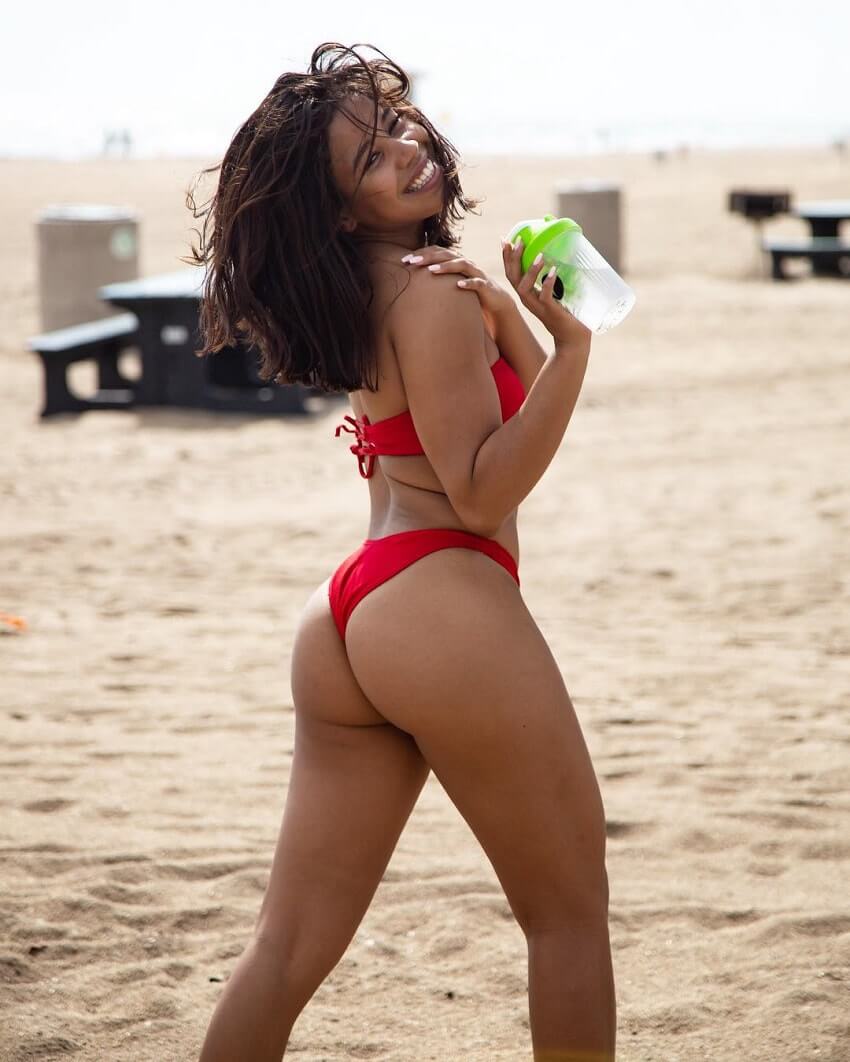 Johanna says she now eats intuitively, focusing on an all-around healthy diet but also allowing herself treats every now and again.

“I follow my intuition and allow myself treats when I crave them. I abide by the 80/20 rule.”

She ensures to eat plenty of protein, along with a moderate amount of good fats and complex carbs. Her carbohydrate sources include quinoa, brown rice, and sweet potatoes. 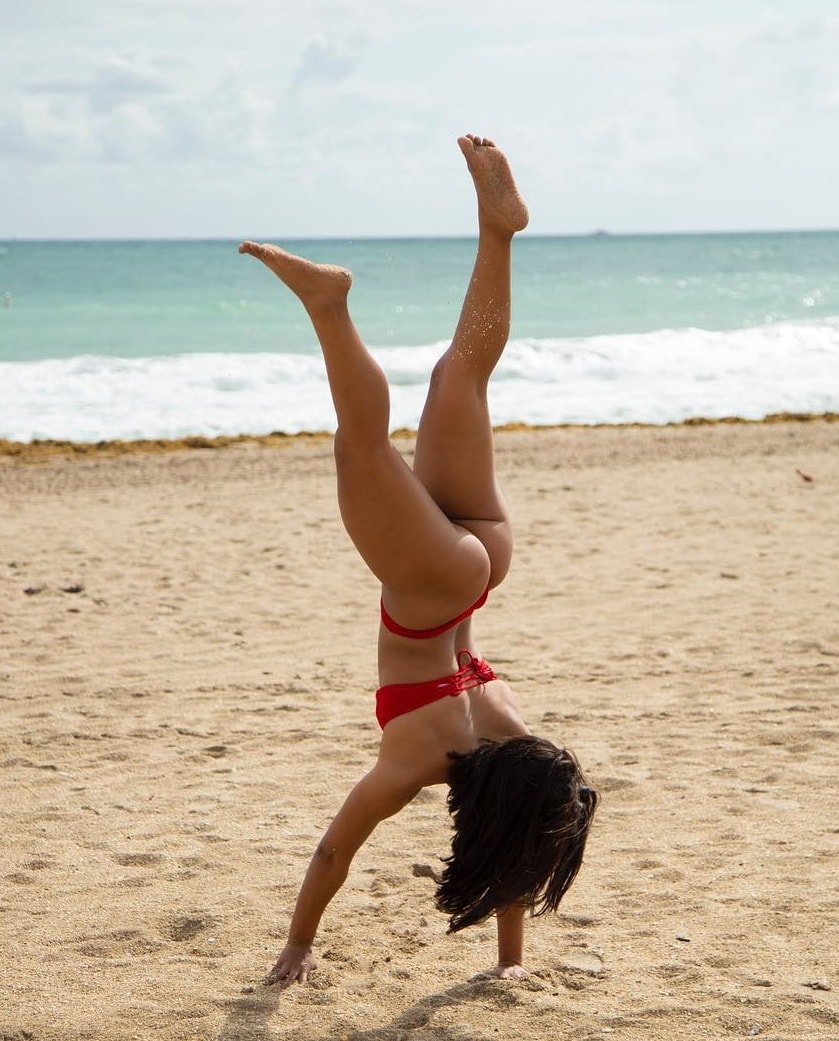 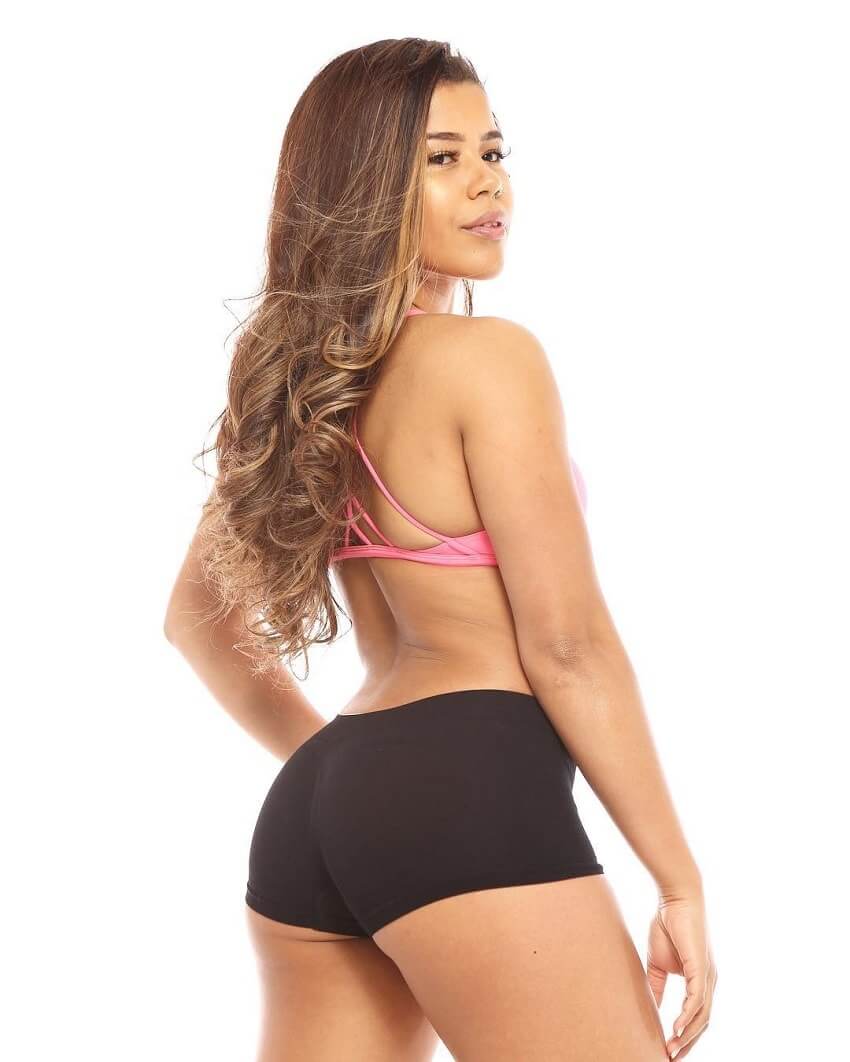 “One thing that has really helped me achieve a better body image is to think of my body as it performs rather than how it looks.”

What we can learn from Johanna Sophia

If Johanna Sophia has shown us anything, it’s that you too can make it, regardless of your age, background, or challenges you face.

Johanna fought bulimia in her late teens, but was able to come out stronger to become a fitness icon and inspiration for others.

Her story serves as an inspiration for anyone who might be going through similar issues and is looking to improve their life.