Born in the sunny state of California, Jessica Aravelo has numerous competitions under her belt and millions of followers on Instagram. But it hasn’t always been an easy ride.

From starting training at 17, to reaching the top of her game, she has had to battle with adversity. She has overcome depression, anxiety, panic attacks, alcohol addiction and many other hardships on way to becoming a fitness icon and online sensation. 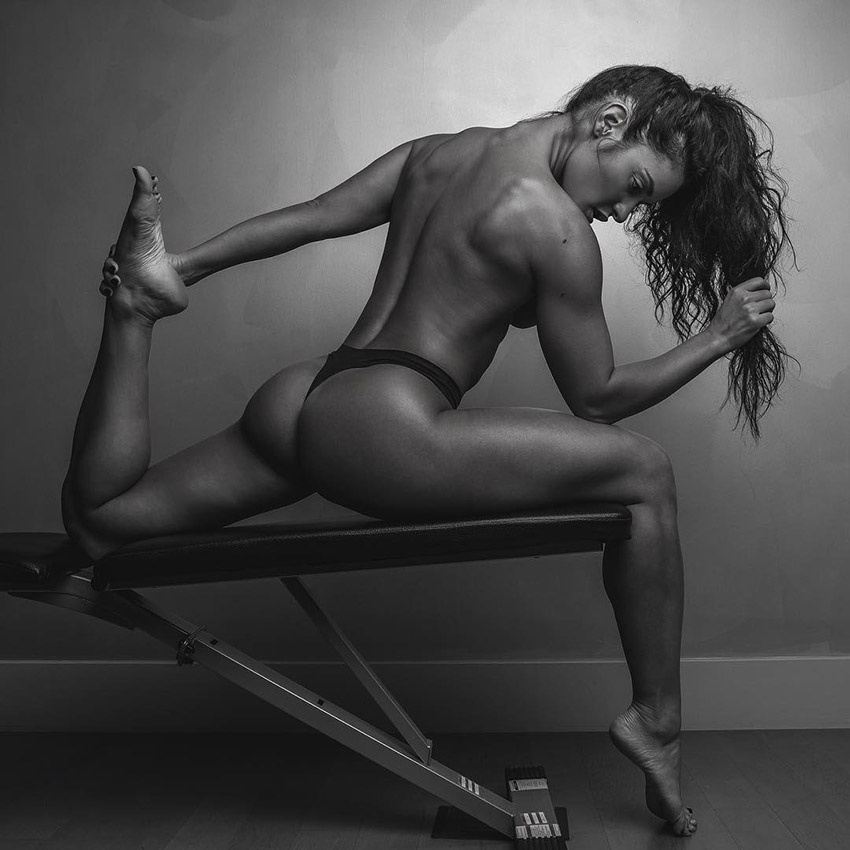 “Straight away I fell in love with training and never missed a single workout!” 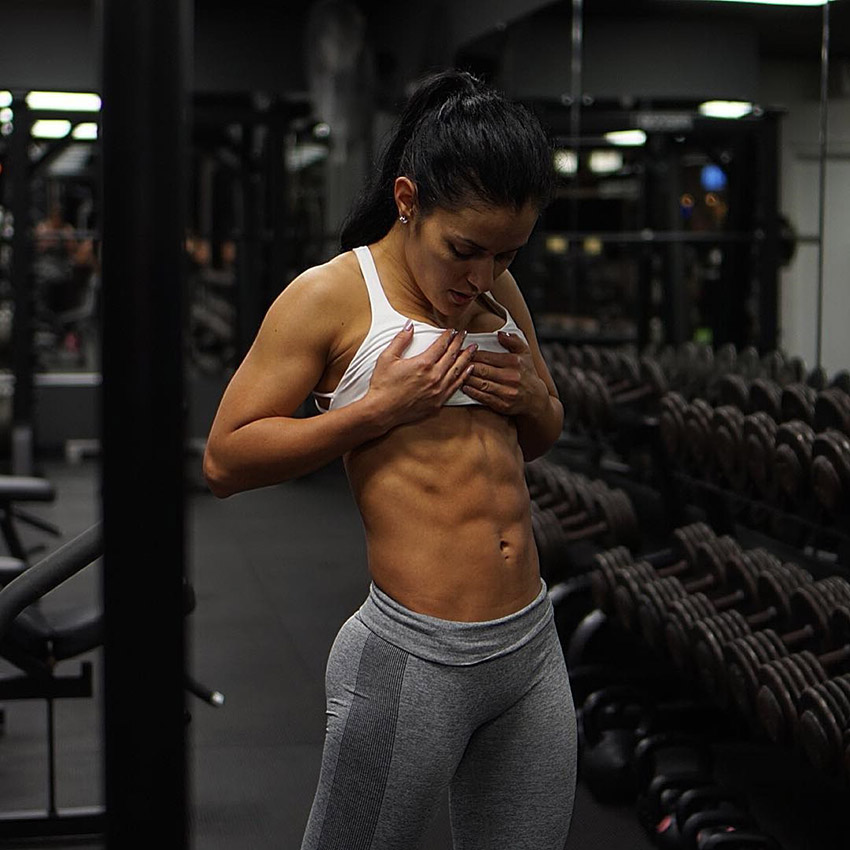 “Growing up I had nothing and experienced a lot of hardships and learned at a young age to work hard in whatever I did. I couldn’t give up because I didn’t have anything to fall back on.”

Growing up in the heart of California, Jessica experienced a difficult childhood. Her mother was sent to prison, and she was left with only her father for guidance. This led to Jessica having trouble with numerous mental conditions – the future Bikini Athlete dealt with depression, anxiety, panic attacks and alcohol addiction. At the age of 12, in 1997, she resorted to alcohol and self-abuse.

She was on a slippery downwards spiral.

“At this time I remember being so numb to life that I would cut my wrists to feel that I was actually alive still. I never understood why people did it until I was at this point in my life. I took up the habit of smoking nearly a pack a day. I smoked for 4 years as a mean to alleviate stress.”

However, all hope was not lost.

Jessica’s father stepped in to help her, and it was his influence that led her into the world of bodybuilding.

In 2002, at 17-years-old, Jessica began weight lifting when her father introduced her to the gym. Under her father’s guidance, she began using the Arnold style of training – 5 days a week, hitting every muscle group.

As well as developing her physique, Jessica also developed a bulletproof mentality. She was taught that lifting weights clears your mind and encourages positivity in life – this helped her to overcome her rough childhood.

Through rigorous training, she had unknowingly set foot on the path to success. 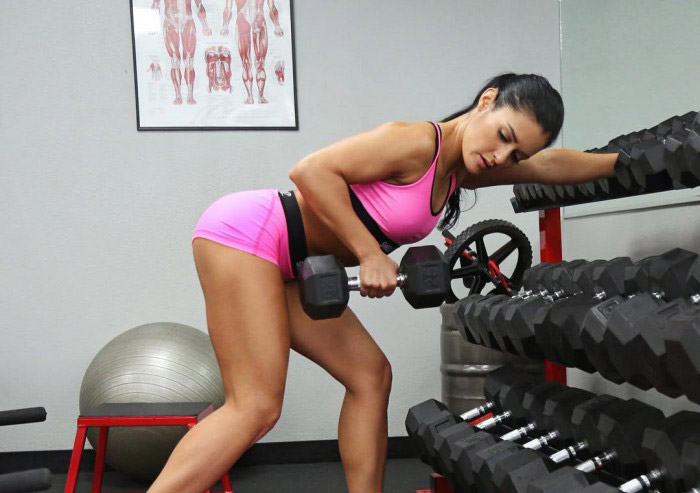 “My motivation comes from how far I have come; I have overcome depression, alcohol addiction, anxiety, panic attacks and every kind of abuse you can think of. The fact that I fought my way out of the impossible lets me know that anything is possible.”

Success as a Bikini Athlete

For the next decade, through relentless determination to succeed, Jessica had recovered from her conditions. Weight lifting had saved her from dark times, and she was more motivated than ever to make something of herself.

By the time she was 26, she was ready for her first competition as a Bikini Athlete.

In 2011, she entered the NPC San Francisco Championships, and her hard work was on display for everyone to see. She walked away with a trophy, after being placed 1st in the competition. This was a huge victory for Jessica, and things would only get better.

On the back of her victory, Jessica was riding high for the first time in her life. She was invited to compete in the 2011 NPC National Championship to fight for a Pro Card. She was up against tough competition, with the likes of Krystyn Niespolo, but she managed to take home her second trophy of her career. But, she had also taken home her Pro Card from the victory.

She had finally realized her dream of becoming a professional Bikini Athlete. However, she wasn’t to taste the same success in the pro divisions. 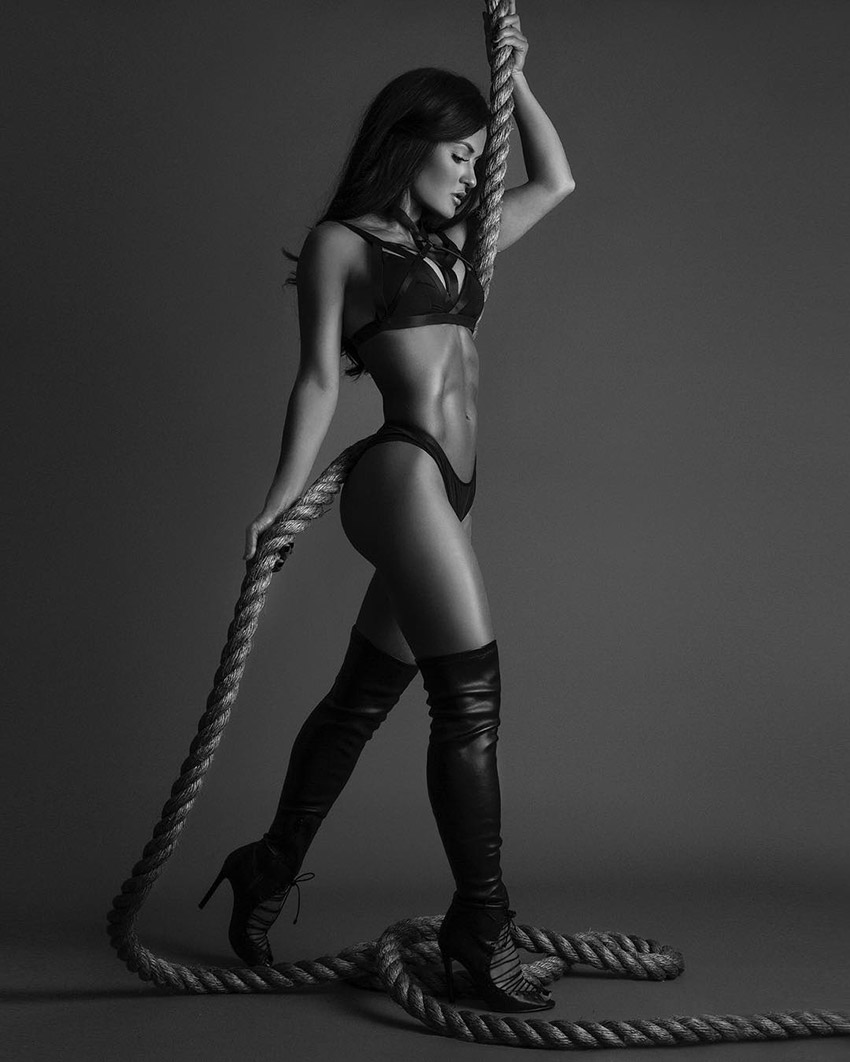 “I like to go in there, lift heavy and isolate each muscle group!”

Jessica has not changed the way she has been training since the start. She has continued training in the way that she began – training 5 days per week, covering every muscle group.

She only trains cardio if she is preparing for a photo-shoot or show, where she’ll do 20 minutes after each workout. In her off-season, she focuses on building as much muscle as she can. 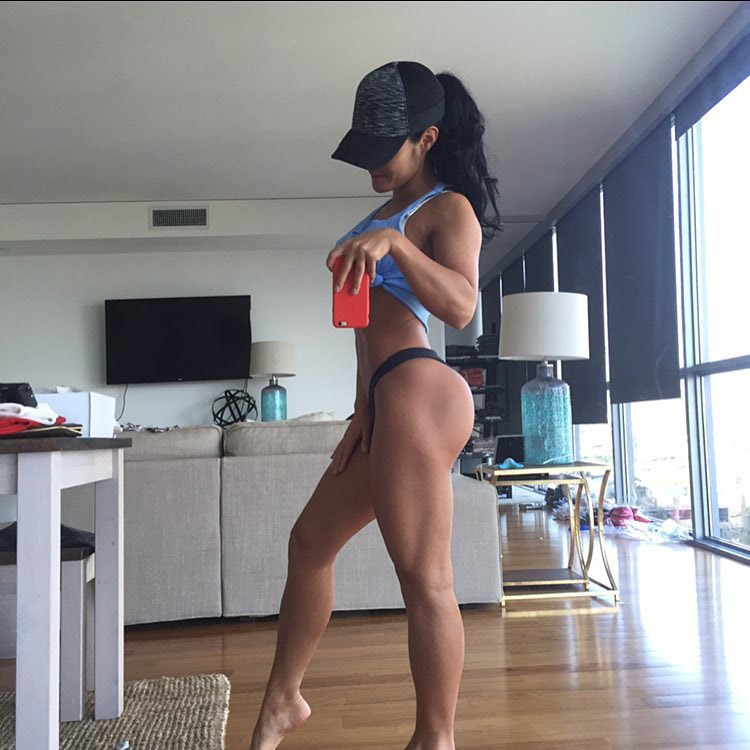 “My personal transformation is much more than just skin deep.”

A typical day of eating would look something like this: 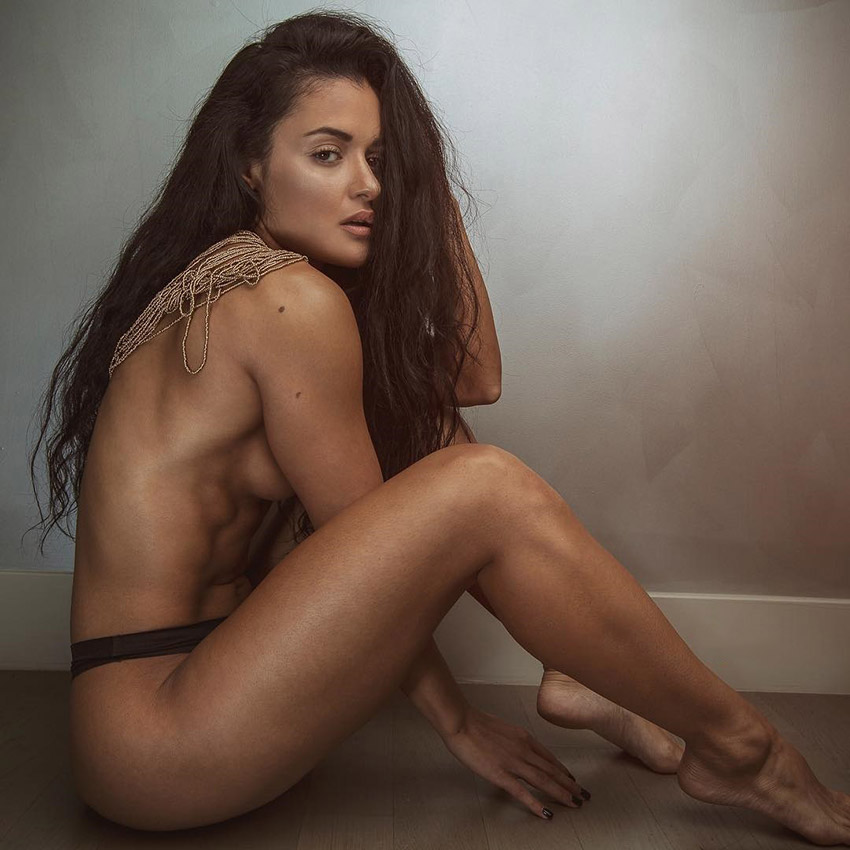 “My father taught me the Arnold style of training which was basically going to the gym 5 days per week and hitting every single body part. He taught me how to train my mind and never listen to the negative thoughts that would keep me from the gym due to laziness or excuses.”

The Californian native takes most of her inspiration from her father, who encouraged her to begin weight-training. Without him, she may have never found success as a Bikini Athlete.

Although she mother was absent for most of her life, Jessica also includes her mother in the list of people who have influenced her career:

“My mother is the most amazing and beautiful person. She has so much potential but was just dealt the wrong cards in her life. Women such as my mom and I, want other women to know that there is hope for them to live out their fullest potential and dreams – and I won’t stop until my mission is completed.” 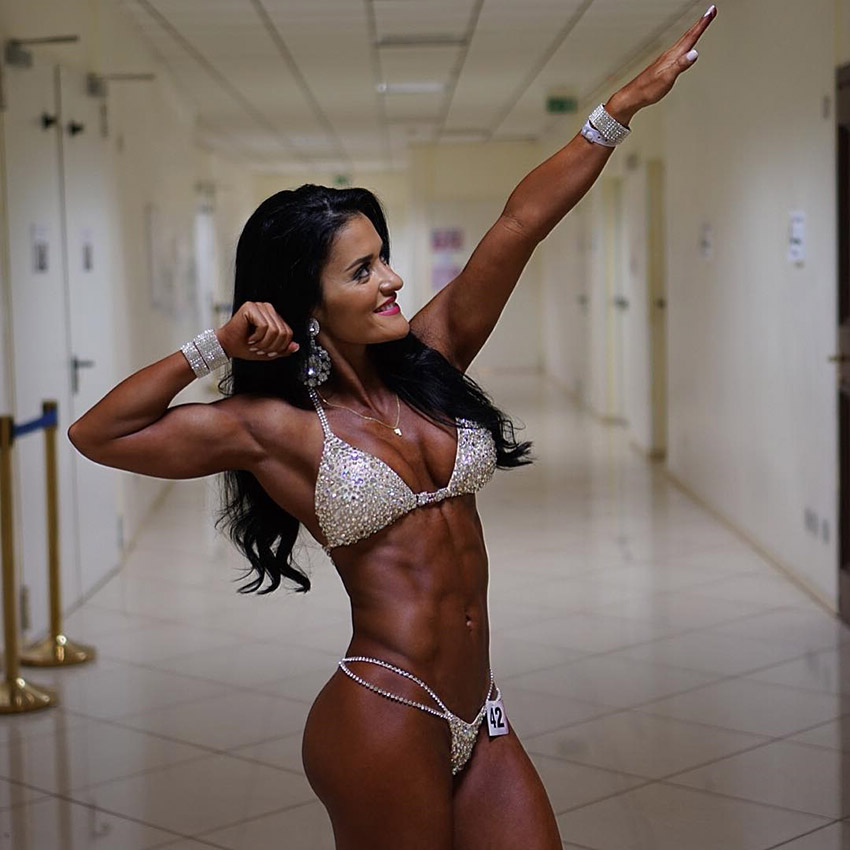 “I have survived it all and came out stronger than ever and if I can do it so can you! Never give up!”

What can we learn from Jessica Arevelo

Jessica has taught us that anyone can make something of themselves, regardless of what issues they are facing. She beat depression, alcohol abuse and a range of other problems to come out at the other side as a stronger person.

One thing we can learn from Jessica, is that you should never fix something that isn’t broken – The professional Bikini Athlete has stuck to her guns and continued training in the same way that she began. Putting your faith in something and seeing it through can lead you to great success.

Very wonderful. such an inspiration. Thank you very gorgeous lady!

I love her… you go girl… may god bless in many more ways in your life…. such an inspiration..

You are absolutely amazing and such an Inspiration. . I have been following you ever since I saw you on stage in 2011 in San Jose. My BF Lemar, also was training with Omar Ventura. Unfortunately, Lemar passed away suddenly on Thanksgiving 2018. Since then, I have gone through depression, unmotivated to do anything and I have isolated myself. I just started to get back to being myself again. I did let myself go. I haven’t really stepped into a gym. I really need to. I know it helps to bring peace and clear the mind. Keep inspiring others.

You are so strong in/out. Beautiful person. God bless you!

You are so strong in/out. Beautiful person. God bless you!