Jennifer Ronzitti is an American IFBB Bikini Pro from Severna Park, Maryland. As she approached the age of 30, she became unhappy with her physique. As a result, she began to suffer from low self-esteem, taking its toll on her life.

However, Jennifer then made it her new year’s resolution to overcome insecurities about the way she looked. She became extremely motivated, working out with a personal trainer to achieve her goals. Soon enough, she took to the bodybuilding stage.

She quickly found success as a bikini competitor, earning her pro card by 2014. This proved that through her hard work in the gym, she was able to combat any roadblocks on her path – allowing her to keep pushing on.

Becoming an IFBB Pro allowed Jennifer to reach a new milestone in her career, soaring to fame across social media in the process. Now, she aims to spread her message: “Wake up each day with a purpose”. 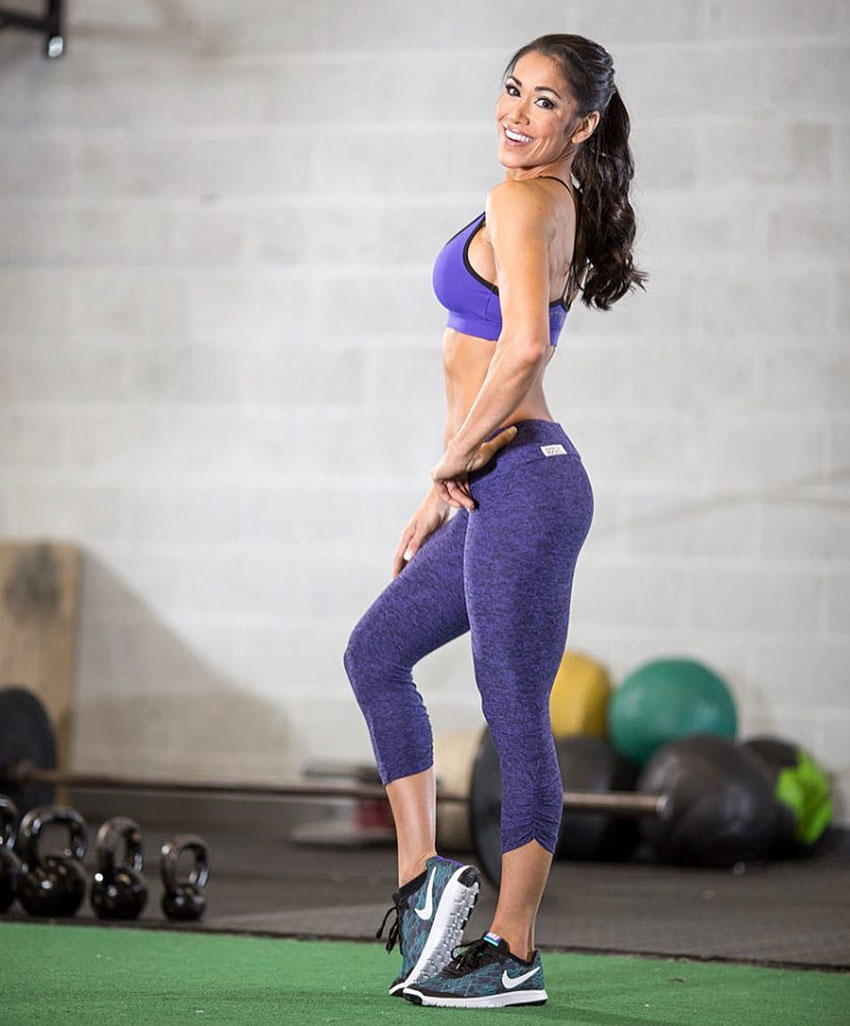 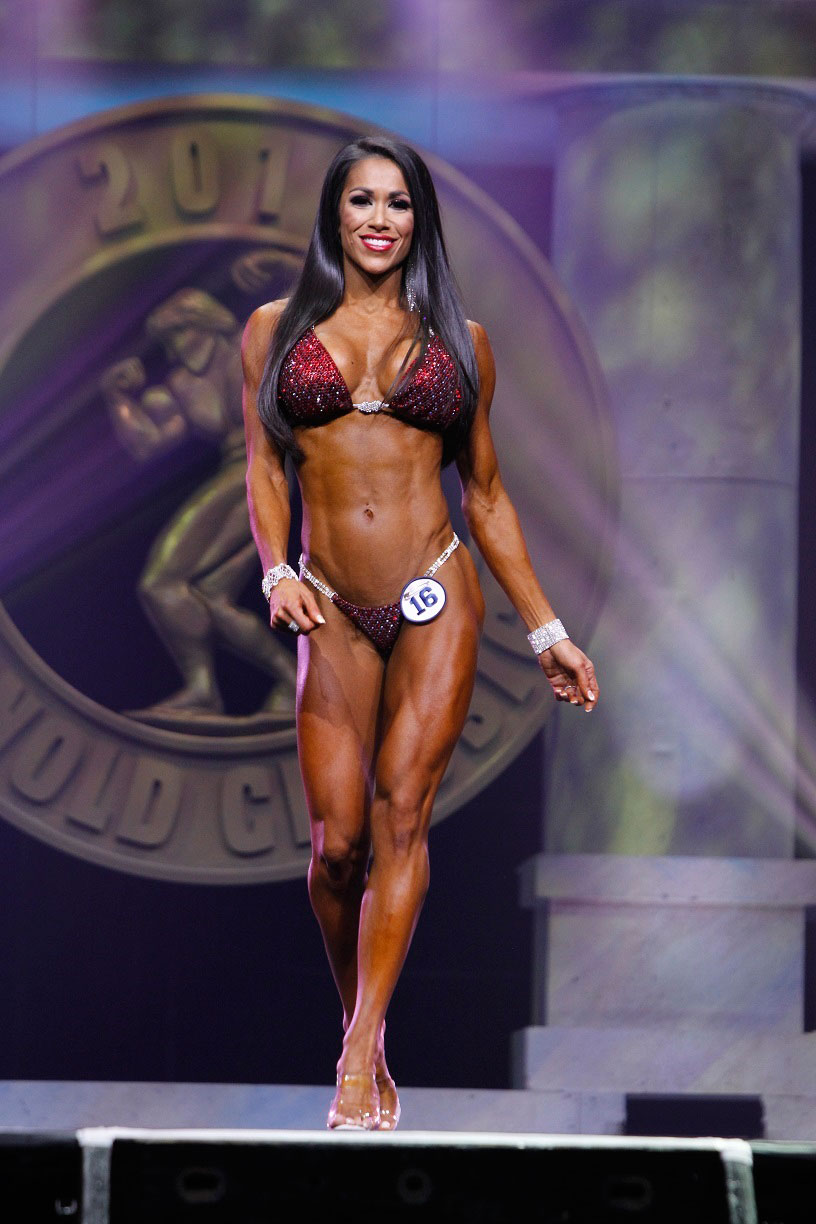 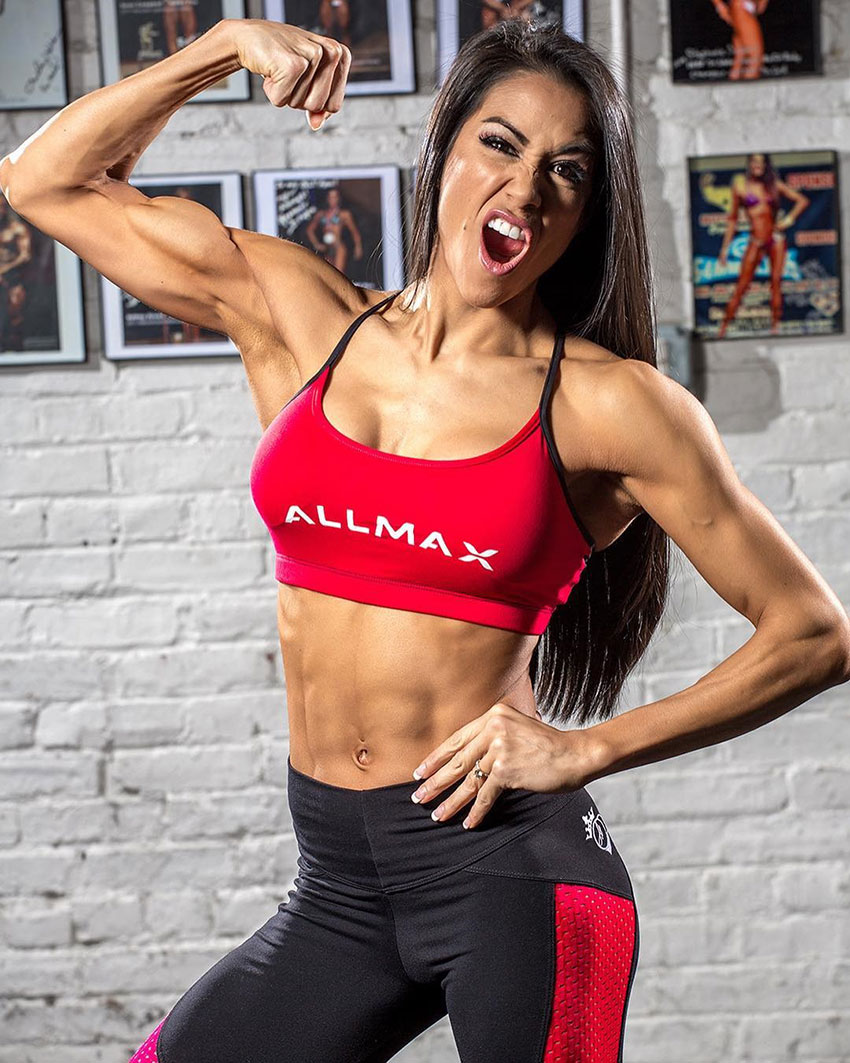 When She Found Fitness

Jennifer was born in Severna Park, Maryland in 1982. As she approached the age of 30, Jennifer became discontent with the way she looked. Exercising was something that had never really crossed her mind. Because of this, she began to suffer from low self-confidence due to her unhealthy lifestyle.

Jennifer soon realized that she needed to make a change in her life. At this point, she made it her new year’s resolution to get into shape. In the process, she overcame insecurities about her looks, to continue moving forward in her life.

However, Jennifer had no clue where to start. She had never set foot in a gym before so she needed some assistance to guide her on the right path. It was at this point that Jennifer hired a personal trainer.

From then on, Jennifer instantly fell in love with fitness. She felt like a new person both mentally and physically. Soon enough, she wanted a fresh challenge in her life – this is when she made it her ambition to reach the bodybuilding stage.

Starting Out Competing and Earning Her Pro Card

Jennifer began to prepare for her first competition. Instantly, she made considerable progress by following a diet and workout plan created by her personal trainer. After a while, she was ready to compete.

Her first competition came in 2013, at the Baltimore Gladiator competition. She placed third in the Bikini Class B category, giving her the platform to move onto her next competition.

She was immensely proud of her achievement, eager to earn further success. As a result of her hard work, she then stormed to first placed finishes in her next two competitions in the MD State and East Coast Classic competitions in the Bikini Class B category.

On the back of winning her first competitions on the bodybuilding stage, Jennifer wanted to keep pushing forward. Eventually, she earned her pro card in 2014 at the NPC Nationals, storming to a first place finish. From this point, Jennifer reached a new milestone in her fitness career – offering her a platform to achieve so much more. 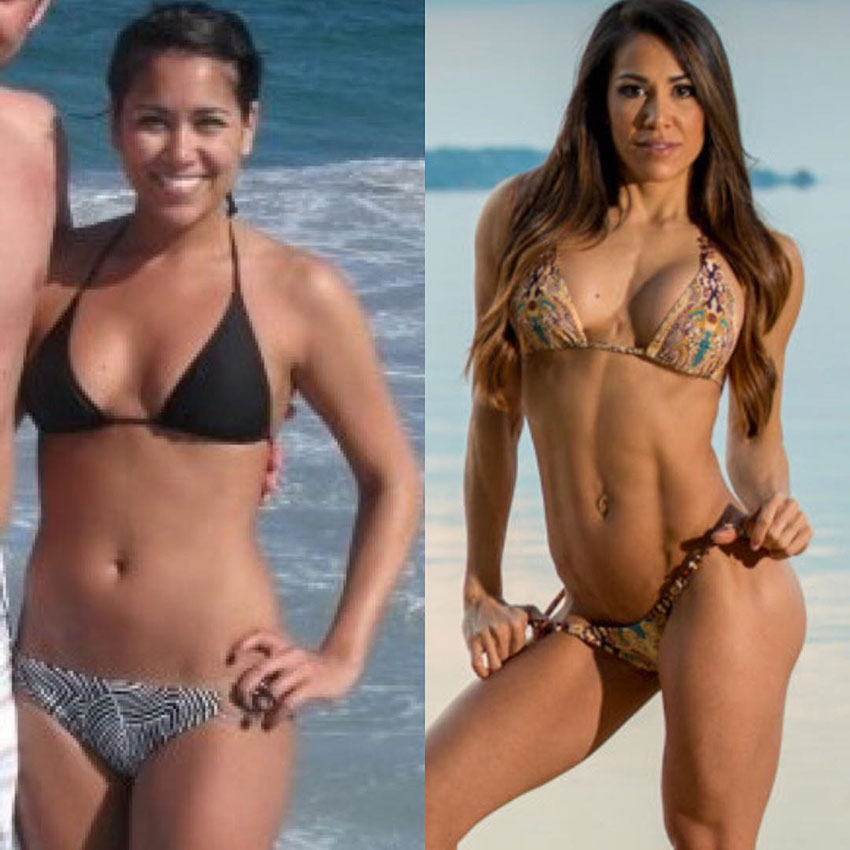 Jennifer’s first competition as a pro came in 2016. She appeared on stage at the Pittsburgh Pro, earning a 13th place finish. This wasn’t the result Jennifer was hoping for, but she didn’t let this knock her back.

As a result of her determination, she placed first in her next two competitions: the Toronto Pro Supershow, and the Baltimore Grand Prix in 2016. This was a reminder of how far she had come since she started out in fitness.

The highlight of her career came in 2017, when she finished in 2nd place at the IFBB Olympia competition. Jennifer cited this as was one of the proudest moments of her life so far, allowing her to reach new heights in her fitness career.

As a result of her success on the bodybuilding stage, Jennifer became a sponsored athlete. Eventually, she propelled to fame on social media, giving her opportunity to continually progress her career in fitness.

Jennifer was able to reach her peak through hard work and determination, but then she wanted to help others achieve their own fitness goals. At this point, she became a certified fitness trainer. Her personal training business quickly took off, allowing her to have a positive influence in other people’s lives. 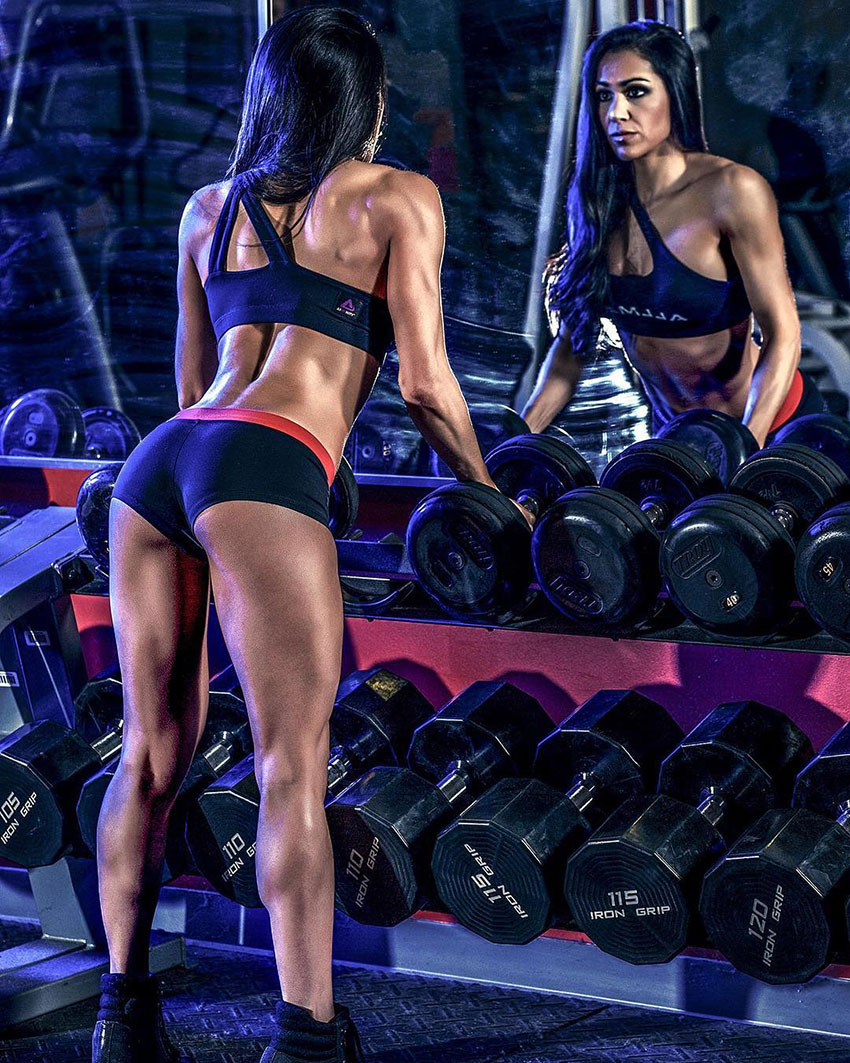 Jennifer follows a training split of six days per week, ensuring that a high level of intensity is used in her workouts. She alternates her lifts between moderate weights with high reps, and heavy weights with low reps. 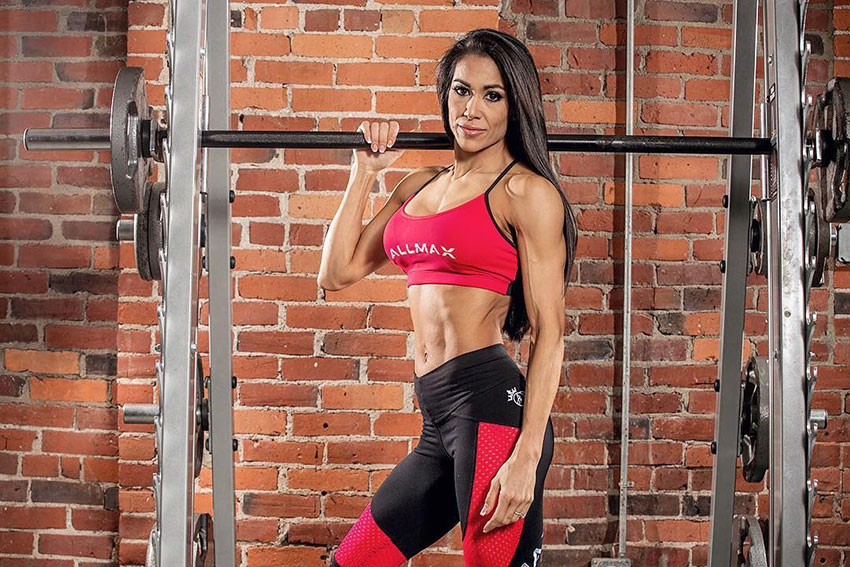 When preparing for competitions, Jennifer follows a strict diet. Because of this, she’s able to look her best when competing on the bodybuilding stage.

Jennifer focuses on eating lean proteins, complex carbohydrates and healthy fats, in addition to fresh fruit and vegetables. However, after she has competed, Jennifer allows herself a cheat meal as a reward for her hard work.

Here’s an example meal plan that she follows in the run up to competing: 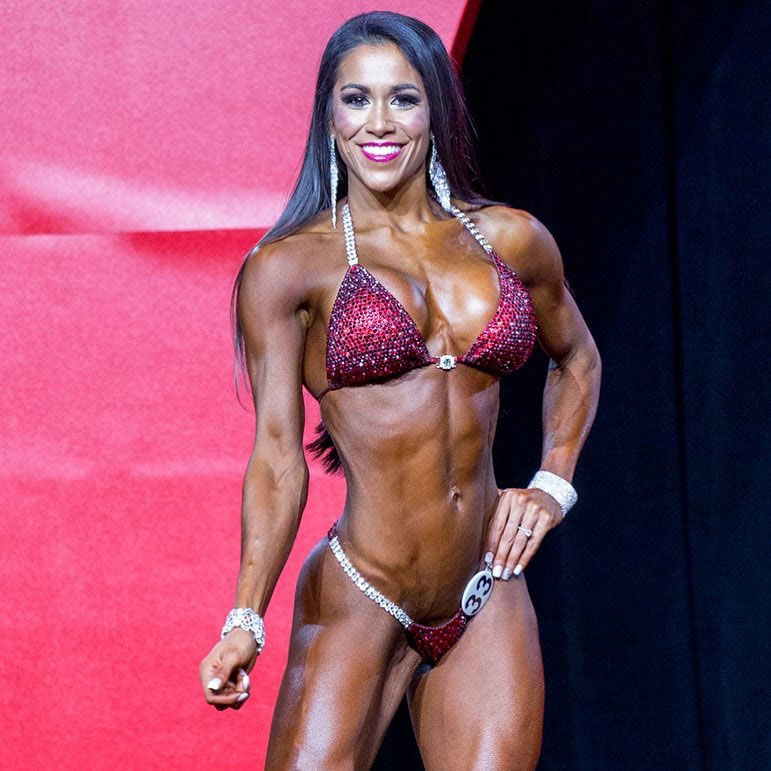 Jennifer has idolized India Paulino ever since she started out in fitness. She was a figure in women’s bodybuilding who became a success as a bikini competitor – making Jennifer want to follow in her footsteps.

“I remember going on YouTube and watching India Paulino compete at the Arnold in her bright yellow bikini. That was it for me. I wanted to be on that stage. I had no idea what competing was or where to even start but I just knew I needed to try. I watched her posing videos, and was just so inspired by her presence and charisma”. 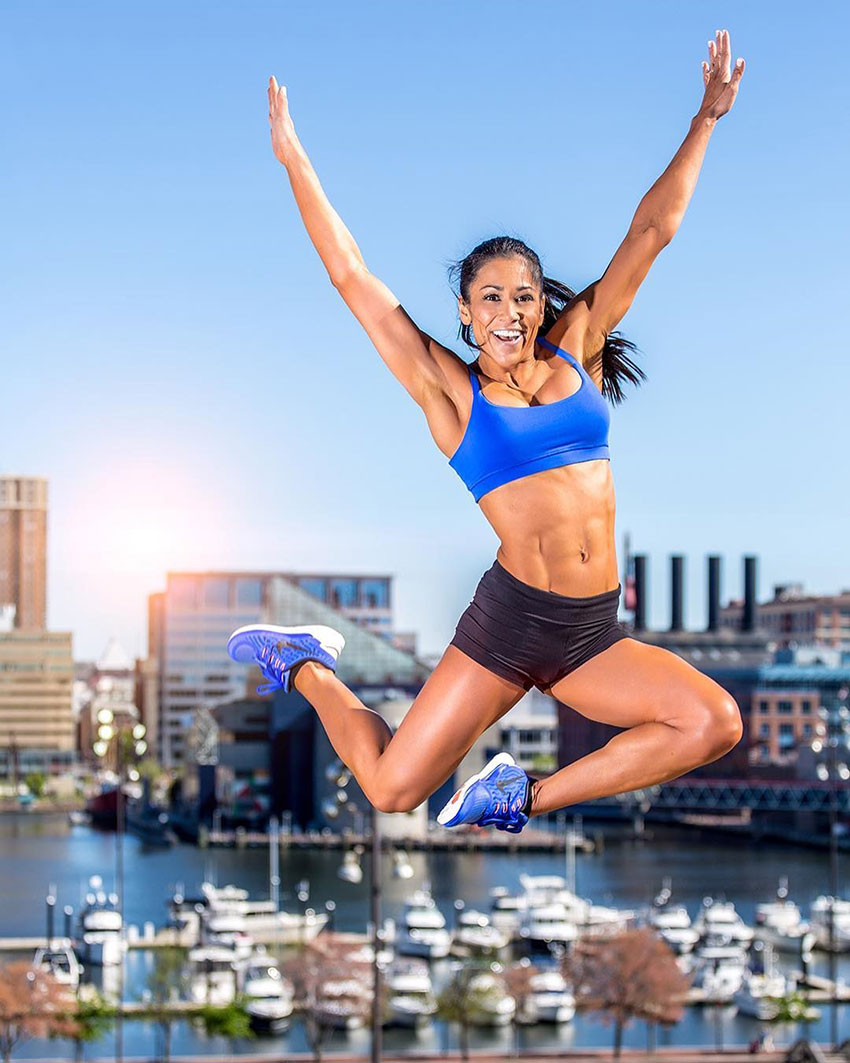 What we can learn from Jennifer Ronzitti

But first, Jennifer had to overcome obstacles in her life that left her close to breaking point. Fitness was never something that took priority in her life, which left her battling against insecurities about her body by the time she reached her 30s.

However, finding fitness allowed Jennifer to reinvent herself as a new person. From that moment onward, she became a successful bikini competitor, eager to continually achieve more.

What we can learn from Jennifer Ronzitti is; it’s never too late for fitness to become a part of your life. Jennifer proved this, while at the same time, getting in the shape of her life.