A former police officer, India has seen her career in fitness “skyrocket” once she started competing in bikini shows; winning her debut competition in 2010, and her Pro Card only one year later.

Having won 11 professional shows by 2015, she’s become recognized as one of the most promising female bikini athletes of the 2010s. 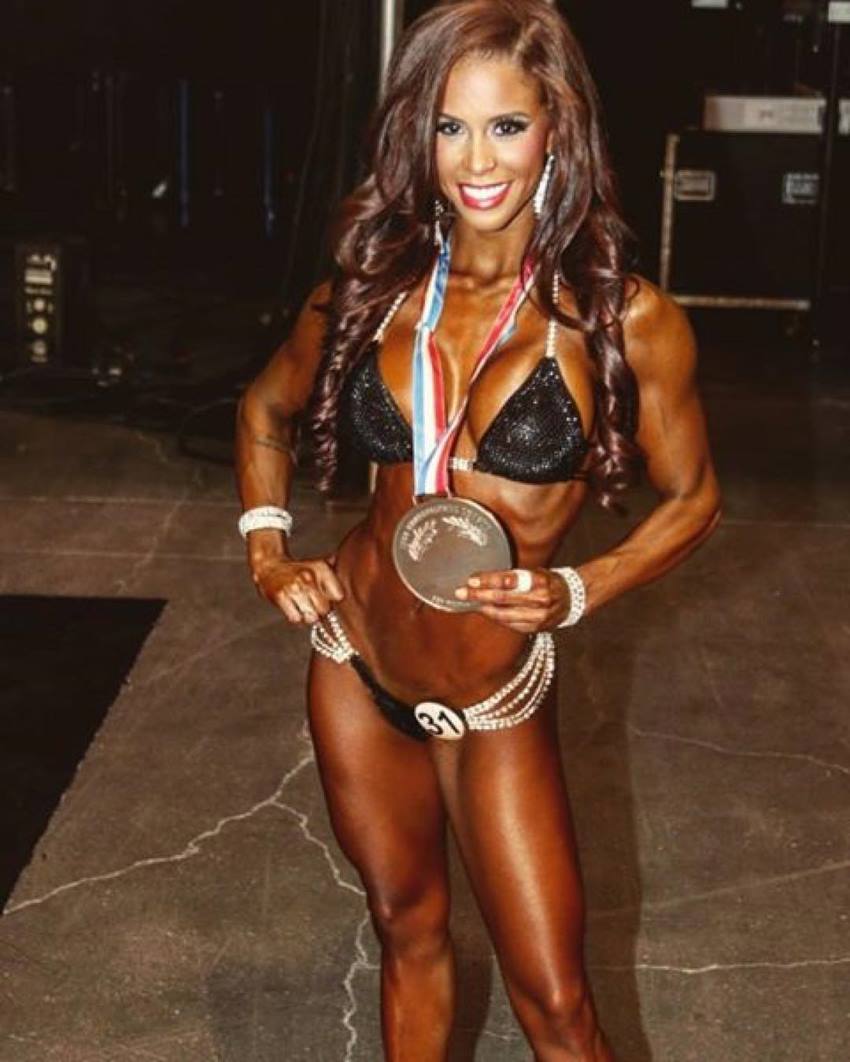 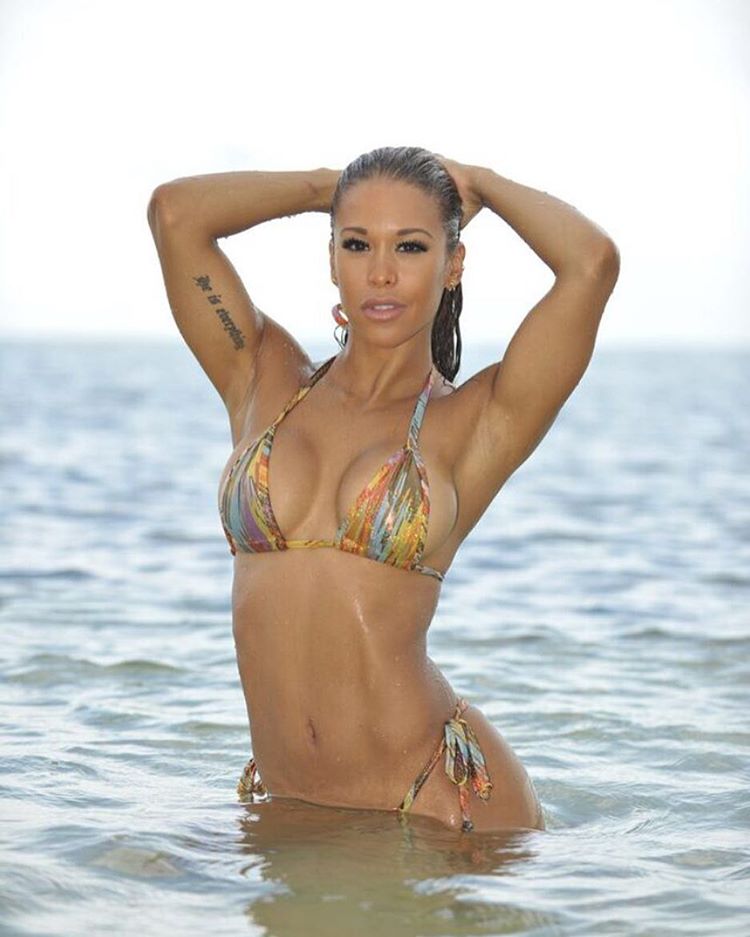 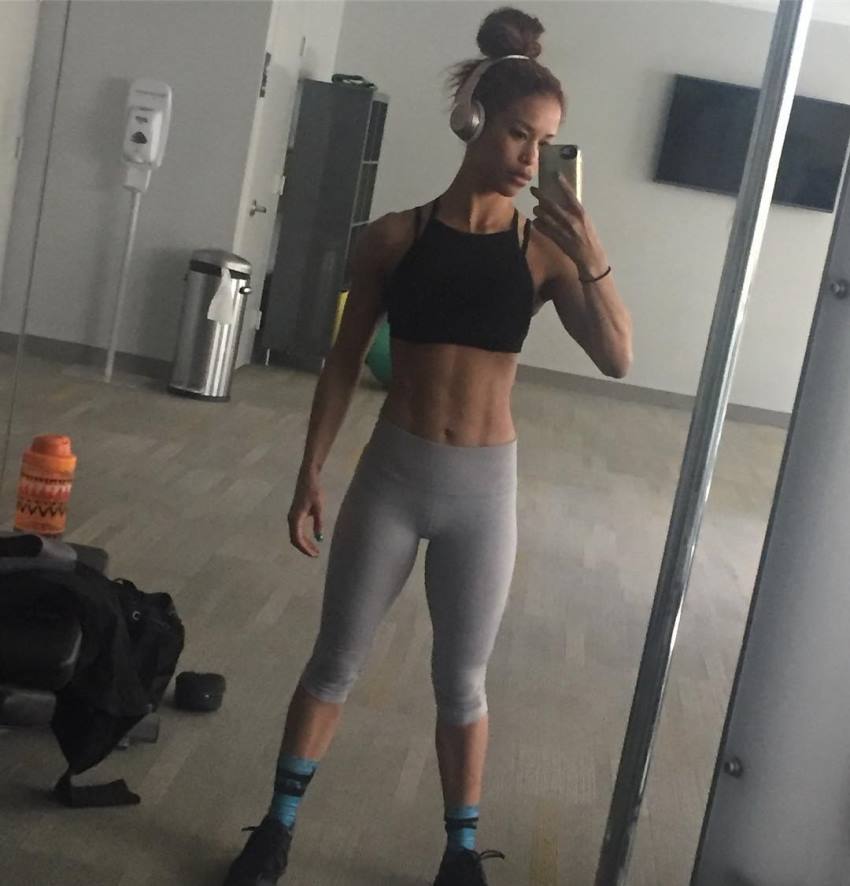 Police Officer, and a Bikini Competitor

India Paulino was a competitive individual since her early years. By the time she entered high school, she had already tried every sport and discipline her schools had to offer – from martial arts and volleyball, to dancing and fitness.

This passion for sports saw her transition to competitive bikini shows, after finishing high school. She also began working as a police officer at the same time, so she didn’t have much time to prepare for her competitions.

Nevertheless, her talent on the stage, and her amazing physique brought her the first place in her debut bikini show, the 2010 NPC Fort Lauderdale Fitness. After she tasted victory in her debut contest, India realized how much potential she had in the sport. As a result, she left her job as a police officer behind, and dedicated her entire life to fitness.

India said this decision was risky, but it proved to be the right one – for the next five years, she went on a “rampage”, winning shows such as 2011 NPC Bev Francis Atlantic States Bodybuilding, Figure, & Fitness Championships, 2011 NPC Junior National Championships, and the 2013 IFBB Arnold Classic; earning her Pro Card just one year after her debut.

With her success in fitness, India continues to work hard on her dreams; still hungry for more victories on the stage. She now enjoys the life of a successful bikini competitor, and a fitness model with a big following online.

Talking about her accomplishments, India says she’s most proud of achieving her goal of becoming an IFBB Pro competitor, making it among top 6 at the 2011 Olympia, and becoming a sponsored athlete.

“The fact that we get the opportunity to compete in the most prestigious shows in the world such as the Olympia and the Arnold classic is so awesome. The people in the organization are so amazing and do a wonderful job from putting on shows, to taking care of the athletes.” 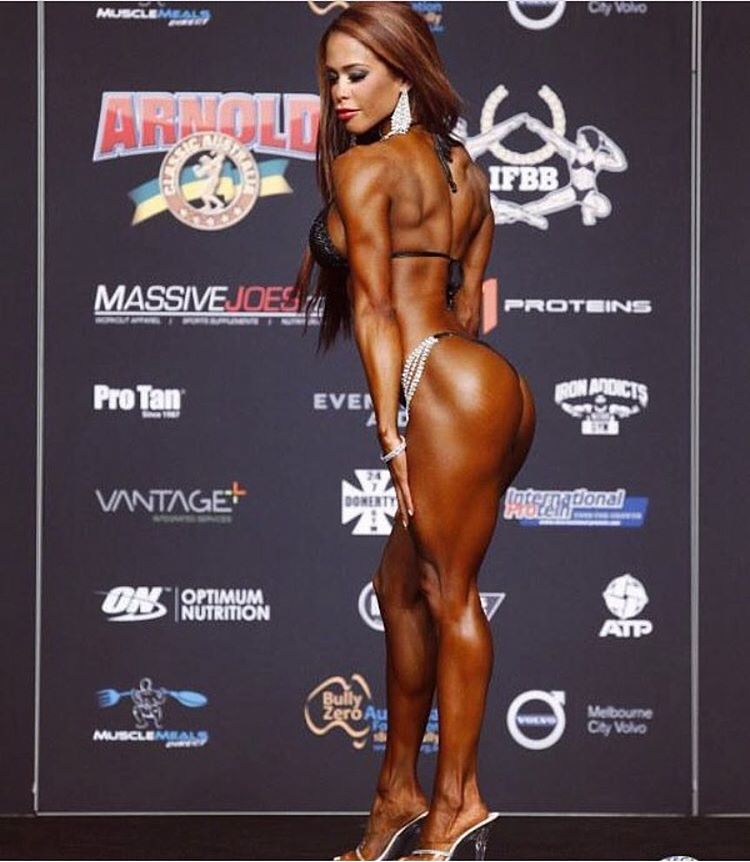 India trains five times a week, working on a different body part every day. As for cardio, she does it every day, sometimes two times per day.

She doesn’t have a set training routine, as her coach gives her a new workout plan every month.

Although HIIT is usually her number one choice for cardio, India says she likes to “switch it up” with normal running on a treadmill, or the Stairmaster.

She likes the Stairmaster because it tones different parts of her lower body; depending on how she positions herself.

India says she’s lucky to have a great lower body genetics, which means she doesn’t have to train her legs extremely hard to get them to respond.

This is India talking about squats and her leg development;

Instead of doing compound exercises like squats, India likes to do a lot of isolations such as glute kickbacks, lunges, and exercises which include stability ball. 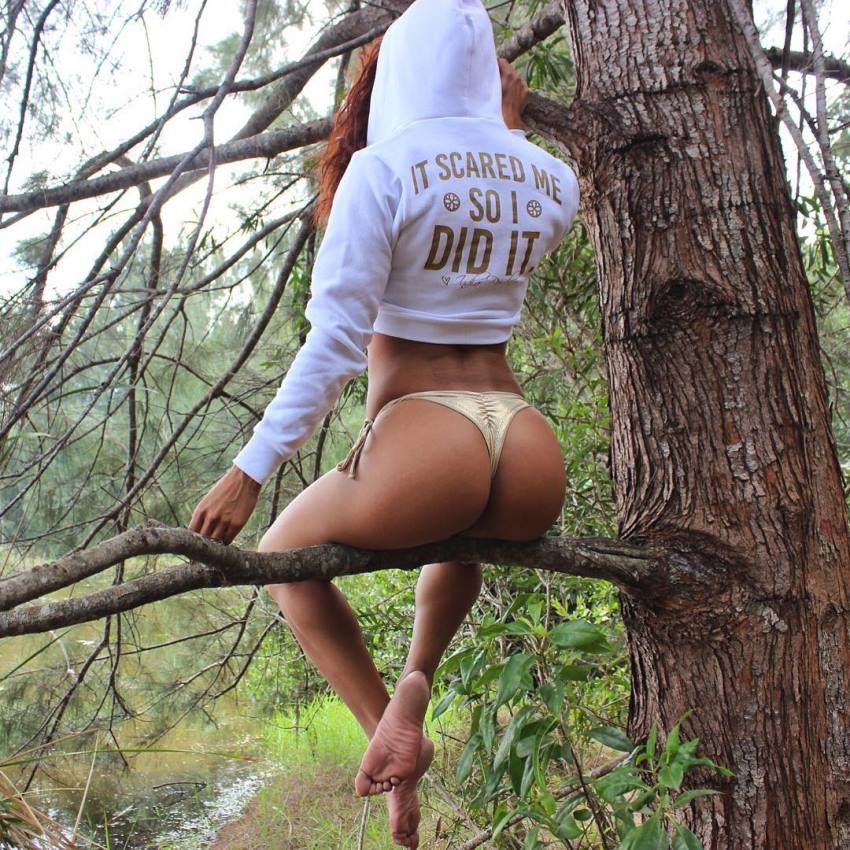 “I don’t count calories. In preparation for a competition I sit down with my coach and we discuss my diet and she comes up with a nutrition plan. If you get caught up in counting calories it can really become an issue. A lot of women have also a big issue with the scale and their bodyweight. Unless I’m close to a show I don’t weigh myself.”

Same as with her training, India has a different meal plan every month. Still, there are some foods which she consumes on a regular basis, and they are;

In terms of macros, she eats similarly throughout the whole year, the only exception is when she’s in the contest-prep mode – that’s when she drops her carbohydrate and fat intake, and increases her proteins.

She doesn’t count macros by the grams; instead, she uses a mirror as her main guide for progress.

India rarely drinks protein shakes; she prefers getting her protein from whole food sources. The only supplements she takes are a multivitamin, glutamine, and fat burner. 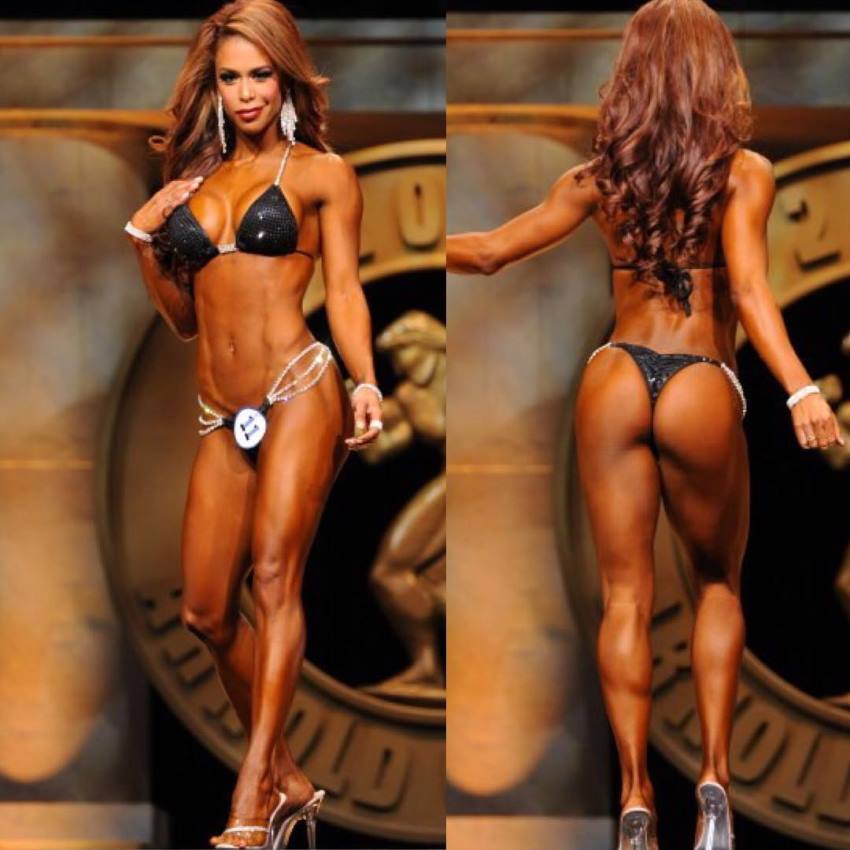 Nathalia Melo is one of India’s favorite people in the fitness industry. India says she got inspired by Nathalia when she saw the picture of her awesome physique from the 2010 Olympia. 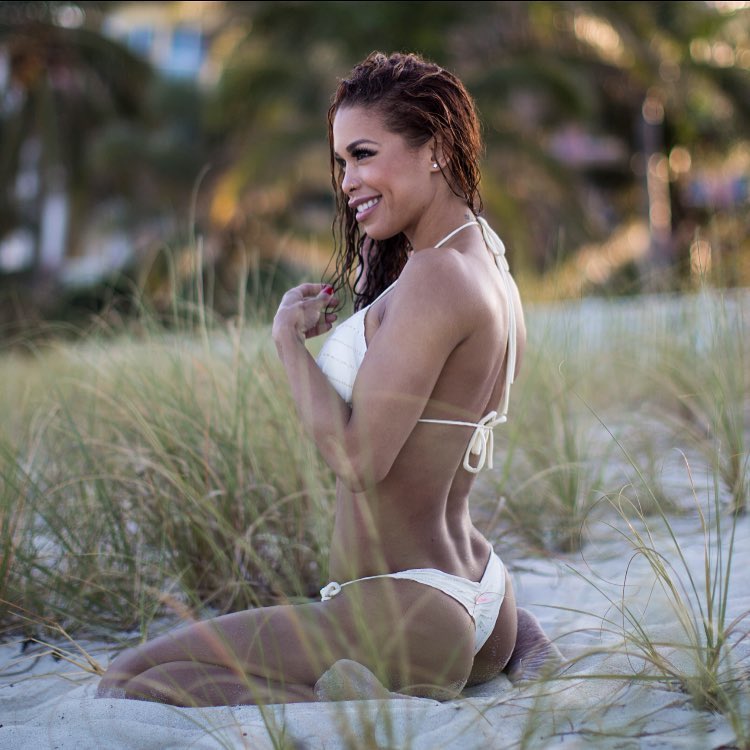 What we can learn from India Isabel Paulino

Several years after she finished high school, India was faced with a choice – she could’ve continued working as a police officer and “play it safe”, or she could’ve taken a risk and chase her dream career in fitness.

Having chosen the latter, she was unsure where this decision would take her. But, after only one year, she already won her first two shows, and earned a Pro Card. At the end, her risky decision took her to places she never dreamed of.

If anything, India taught us that being courageous is sometimes the only way to accomplish greatness in life. As someone once said, “difficult and risky roads often lead to beautiful destinations.”

Such an amazing hunny! Wow, very very wonderful!!! Thank you India for being such an inspiration!