Etila Santiago is a bikini fitness athlete who competes in the category up to 1,72 m in height. She started competing in late 2015, and in just one year, managed to crack into the IFBB Pro Circuit.

However, Etila didn’t always boast a fitness athlete’s body – she weighted 49 kg during her early modeling days, and felt unhappy with how skinny she was. 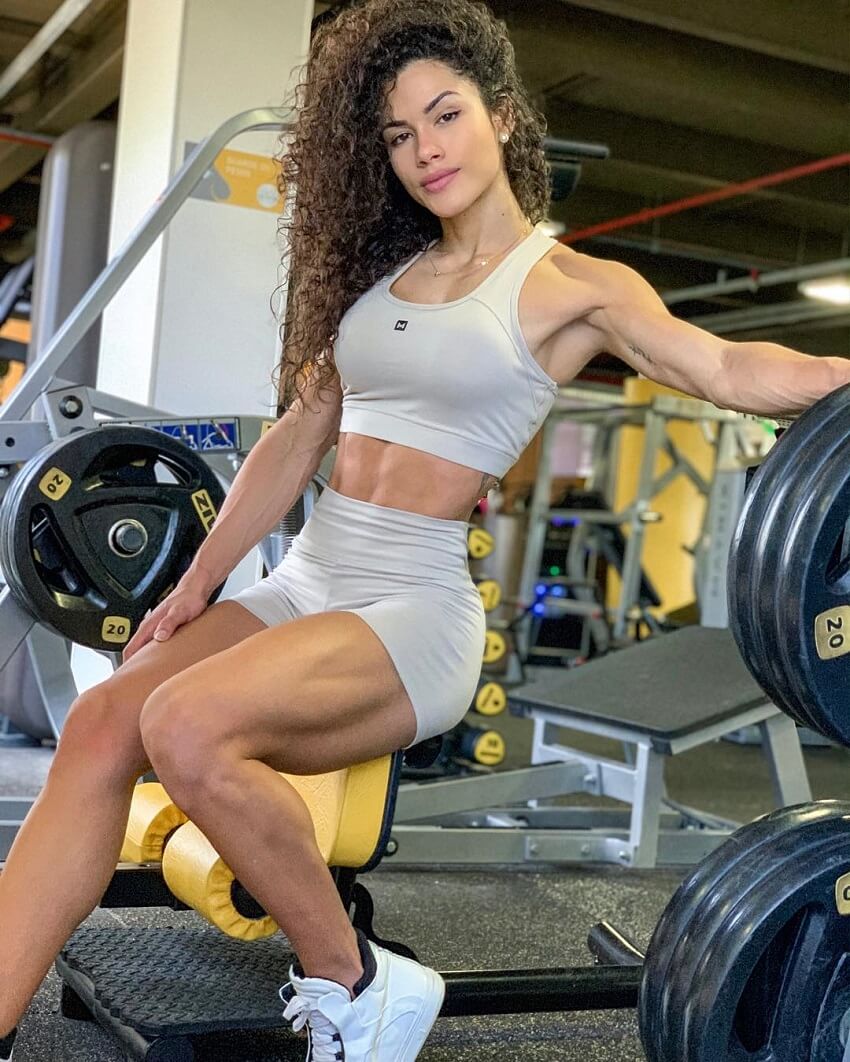 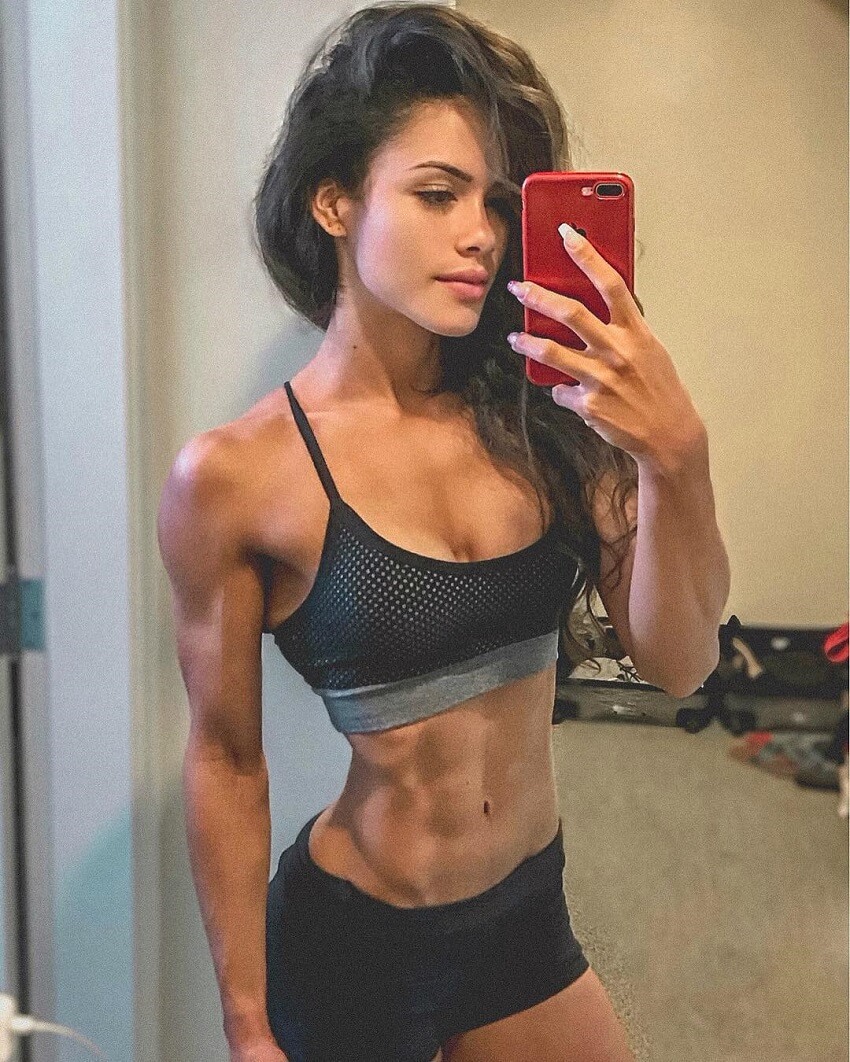 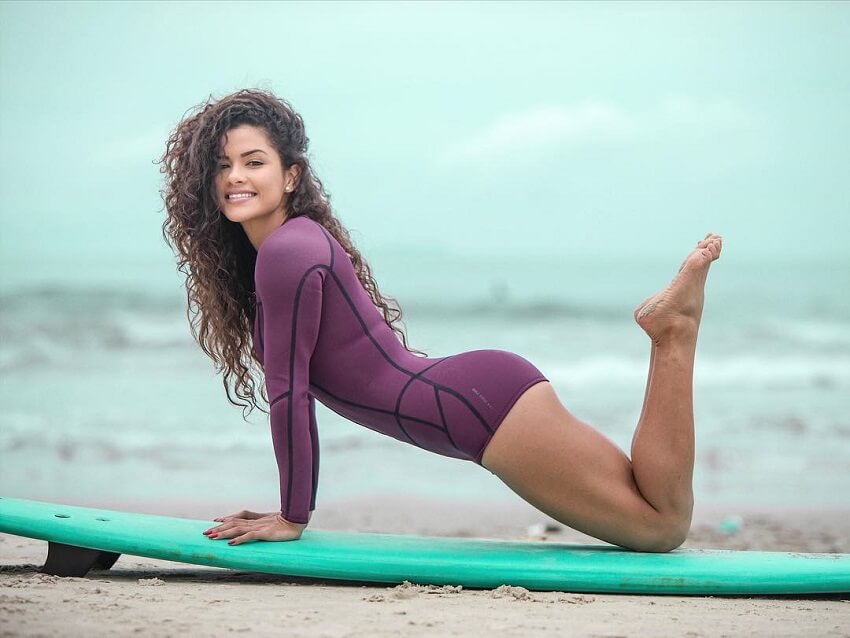 From Model to Fitness Competitor

Etila Santiago was always interested in modeling growing up. In fact, by the age of 15, she already participated in Brazilian modeling TV shows.

However, she weighed 49 kg at the time and was extremely skinny. This bothered Etila, who wanted to become more toned and aesthetic but didn’t know how to do it.

It wasn’t until she discovered bikini models on TV, when Etila realized that fitness was the solution to her problems. Without hesitation, she went on to join the gym and train there to sculpt the body that she wanted.

Within months, Etila’s body improved, and so did her ambitions in the sport of fitness. She decided to throw herself into the world of bikini contests, just like other athletes she previously saw on TV. “I said to myself: I want to look like this! And I want to compete too.” – Etila Santiago 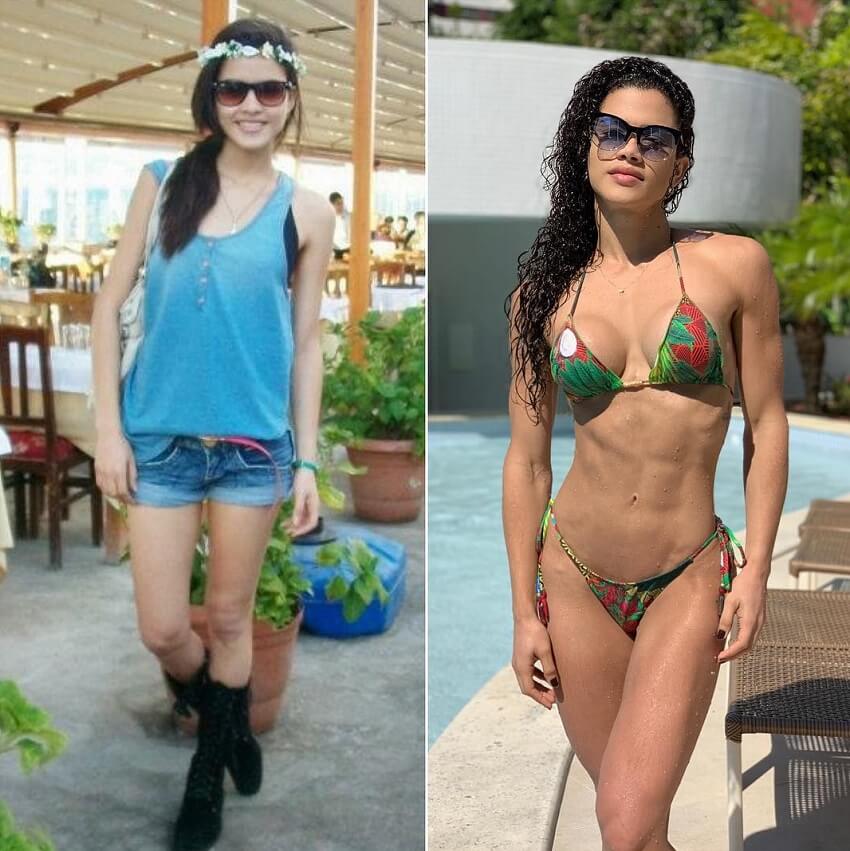 Initially, Etila didn’t consider a career in fitness. She wanted to compete just for the sake of proving it to herself that she could do it.

However, little did she know, it took Etila only one contest to fall in love with competitions. In fact, she continued to compete regularly from there.

She now makes strides in the pro circuit and continues to enjoy her dream lifestyle of a fitness model and bikini competitor. 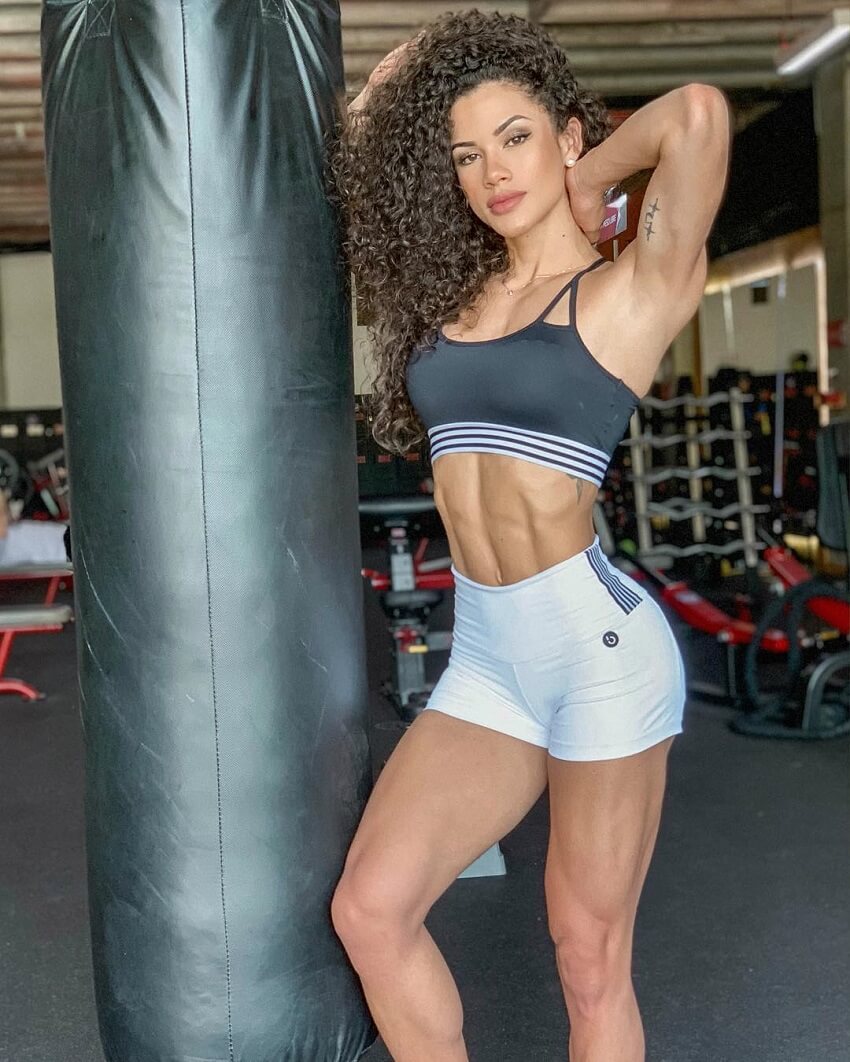 Initially, Etila wasn’t very experienced in training, but through months of trial and error, this changed.

She’s now an expert in her craft and is able to manipulate how her body looks through intense weightlifting sessions and cardio routines.

Etila’s favorite body parts are her shoulders and glutes. She trains each of these muscle groups twice per week. She doesn’t work on her quads, because she’s found that they are already over-developed as compared to the rest of her body. 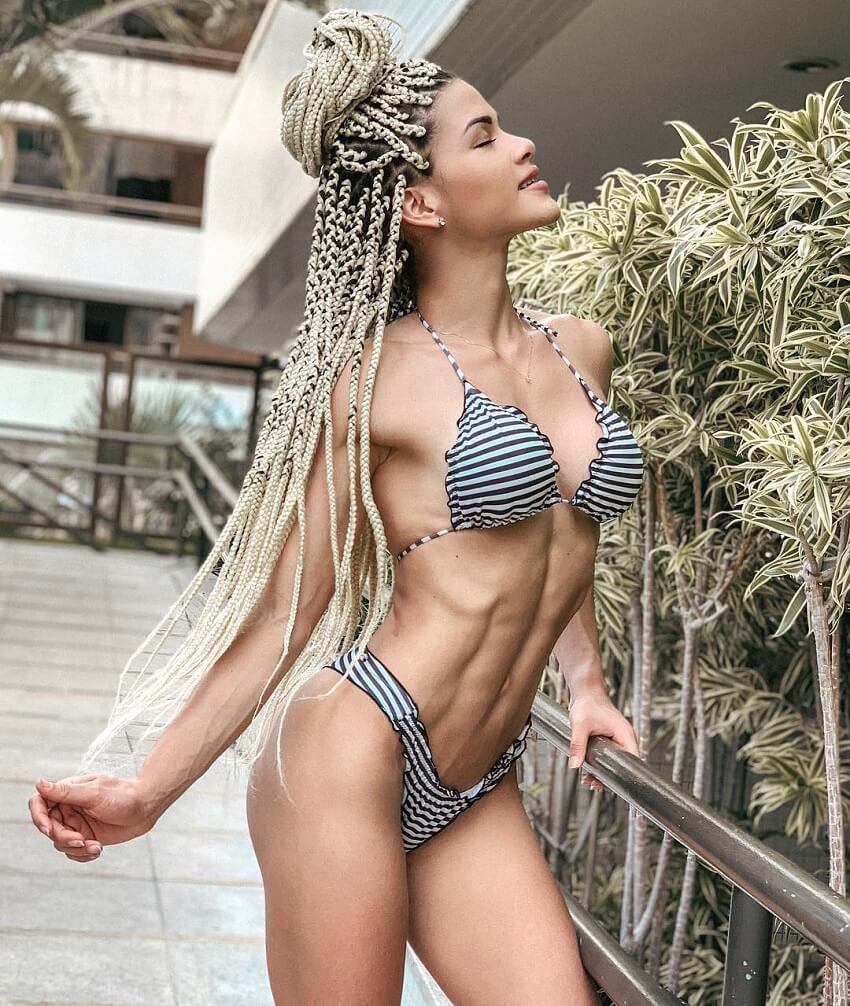 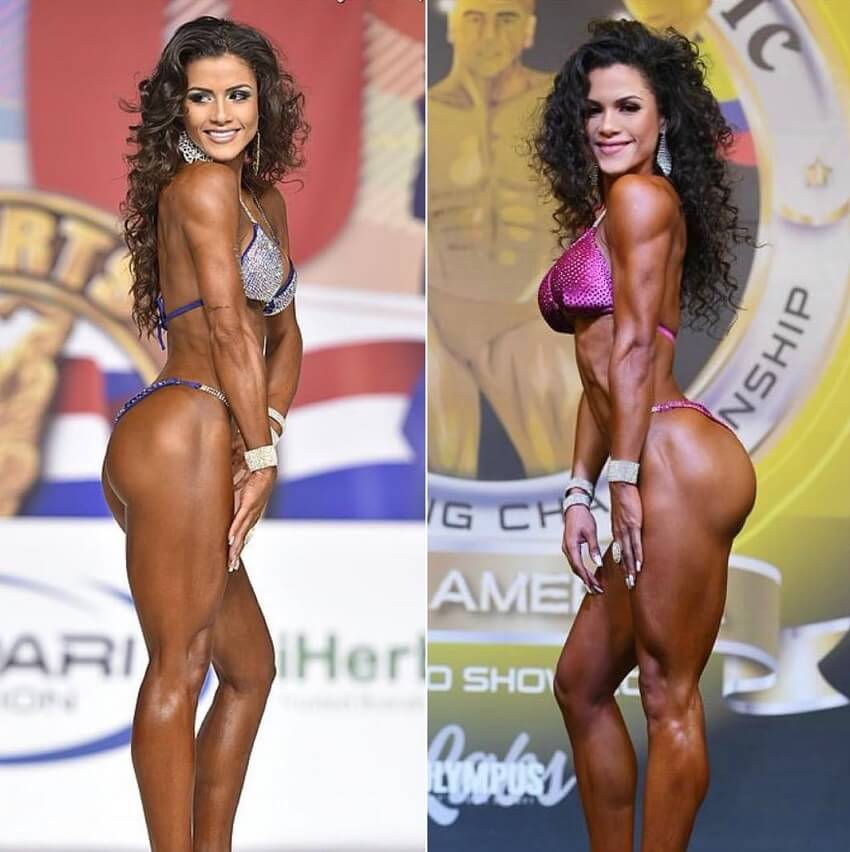 Etila follows various dieting methods such as carb cycling to stay in top shape for contests.

However, she also knows when it’s time to take her foot off the gas, rewarding herself for her hard work with something less strict and more enjoyable. 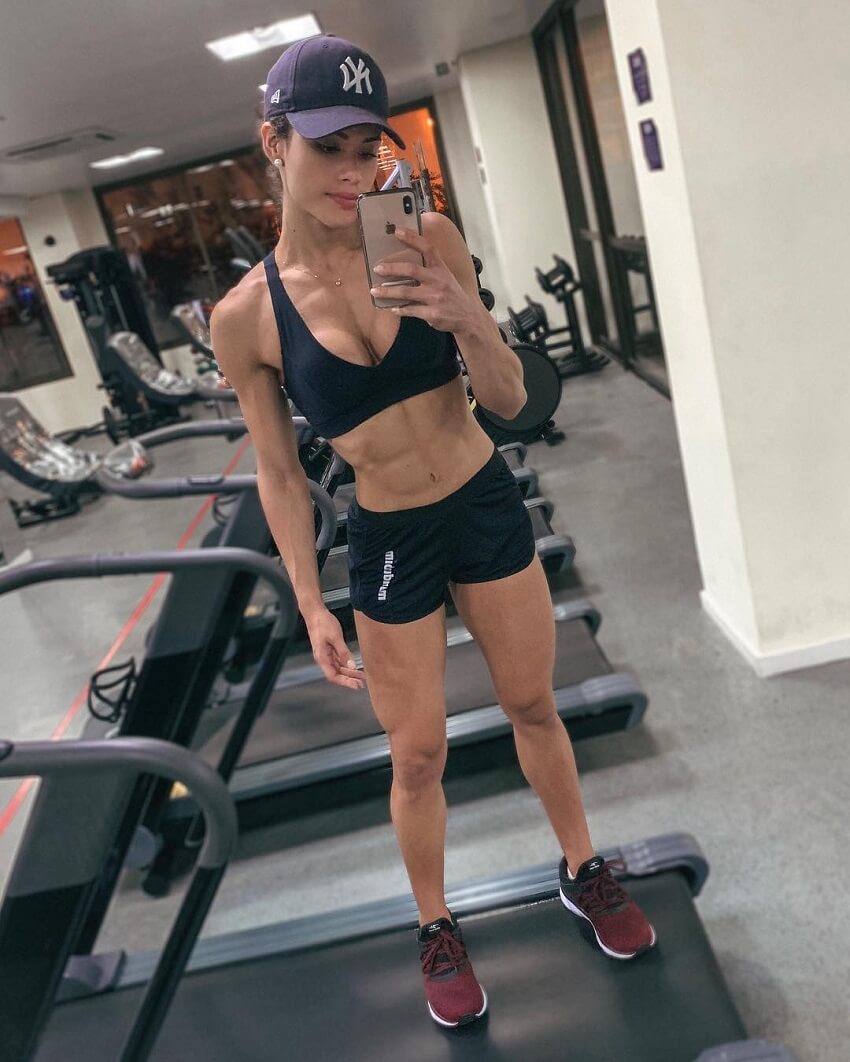 Etila says Natalia Guimaraes is one of her main fitness inspirations. Etila is impressed by Natalia’s ability to stay in an incredible shape year after year, as well as maintaining her awesome performances and posing routines on the stage. 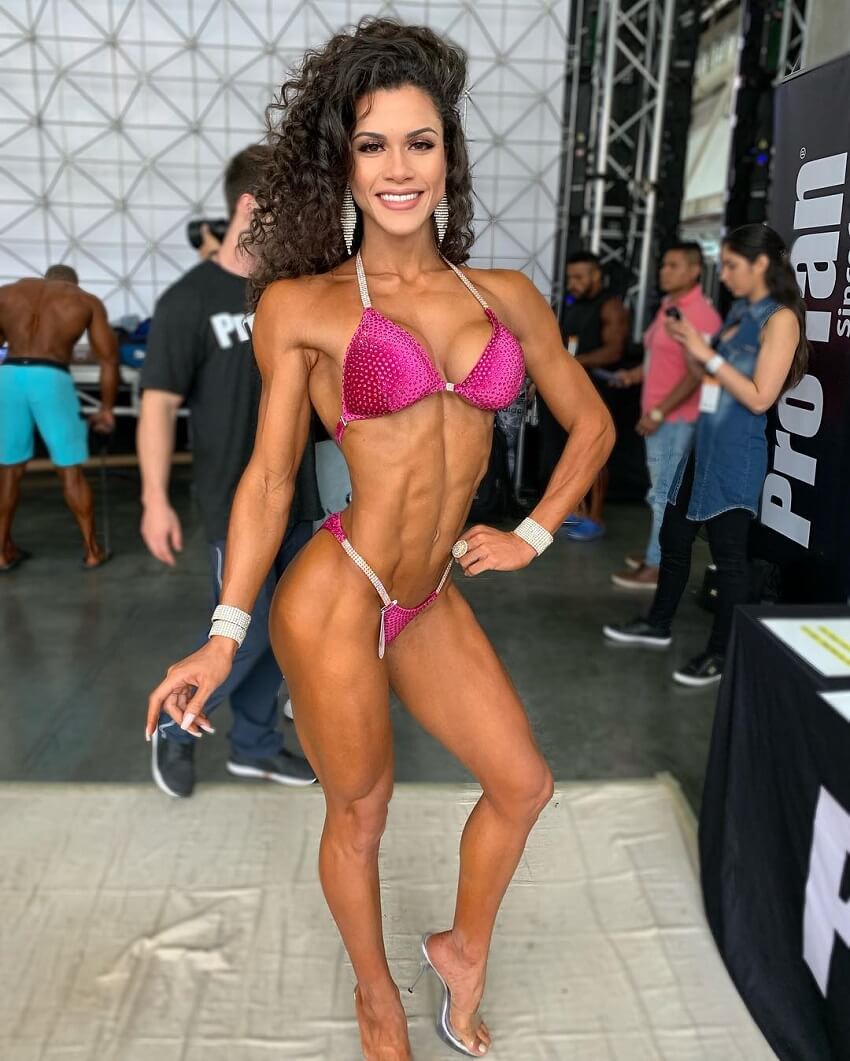 What we can learn from Etila Santiago

Etila’s success inspires many of her followers to get out there and achieve the goals they’ve always wanted.

When Etila first started training, she knew nothing about the fitness lifestyle. But through grit and determination, she slowly improved, one day at the time. She used each obstacle as a fuel to become the person she is now.

Etila has shown us that it’s not all about getting lean abs and nice body, it’s also about the person you become during the transformation.

You are very beautiful!