Born and raised in Managua, Nicaragua, Central America, Dolly Castro is an actress, celebrity fitness model, and clothing designer based in Miami.

She’s famous for her awesome physique that’s taken hard work and dedication to create, along with her humble personality.

However, most of her early life was spent not following her dreams. She wanted to become a chef, but her family wanted her to be a lawyer. As time passed, her dreams changed and she forgot about being a chef and decided modeling was the next best thing.

With some previous experience in modeling and with the encouragement from her family, Dolly decided to take her chances and move to Miami to be a model. Shortly after, her popularity blew up. Dolly now has an army of followers across her social media platforms, who are inspired by her motivational quotes and pictures. 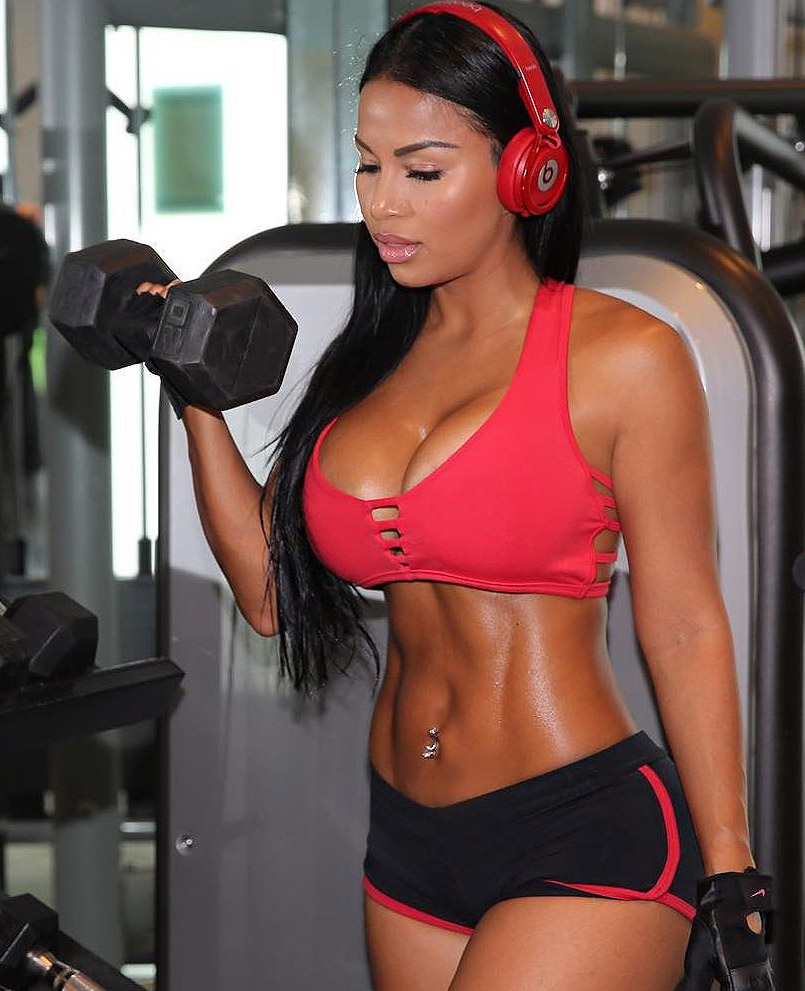 “Positivity is the best thing you can put out into the world. With so much going on, it’s the simple things like a hello or a smile that could make the next person’s day that much better.” 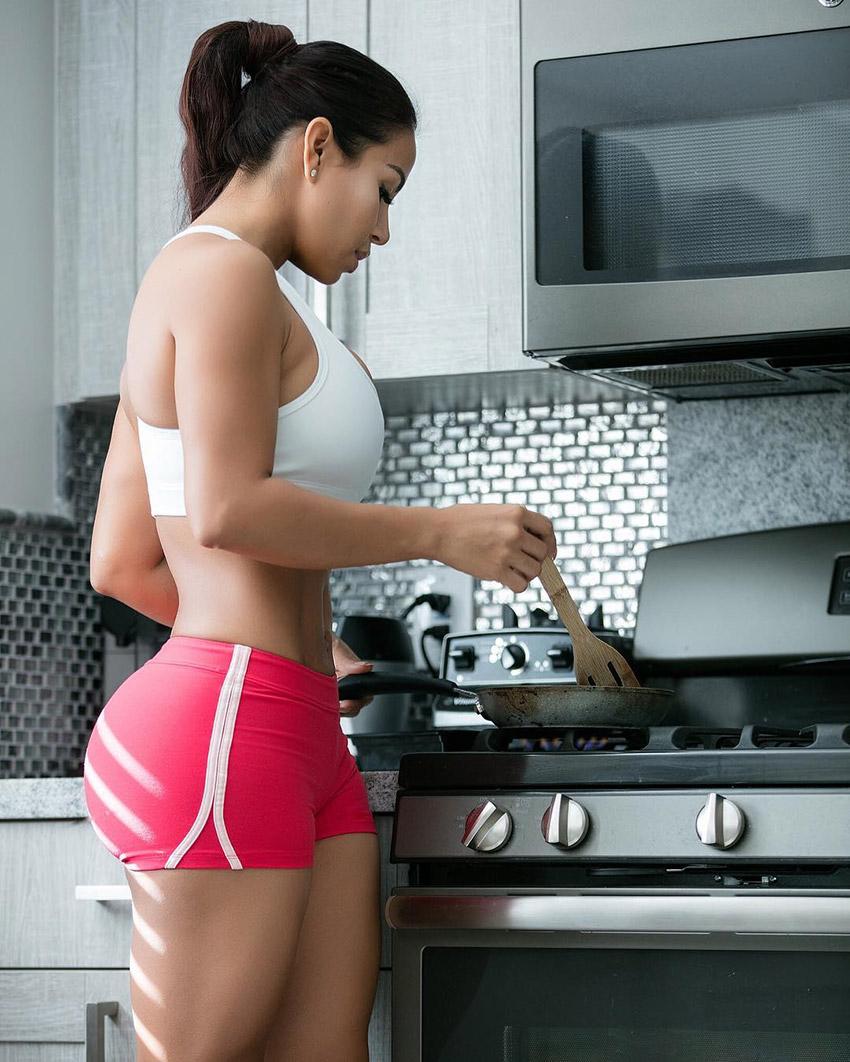 “The start of the week means you get another chance to be a better person than you were last week. Just because it’s Monday doesn’t mean it has to be horrible. Start your week on a positive note and I guarantee you it’ll end on a positive note as well.”

Dolly has been on many popular magazine covers and TV screens, which has allowed Dolly to grow her own brand and continue to grow her ever popular social media channels. 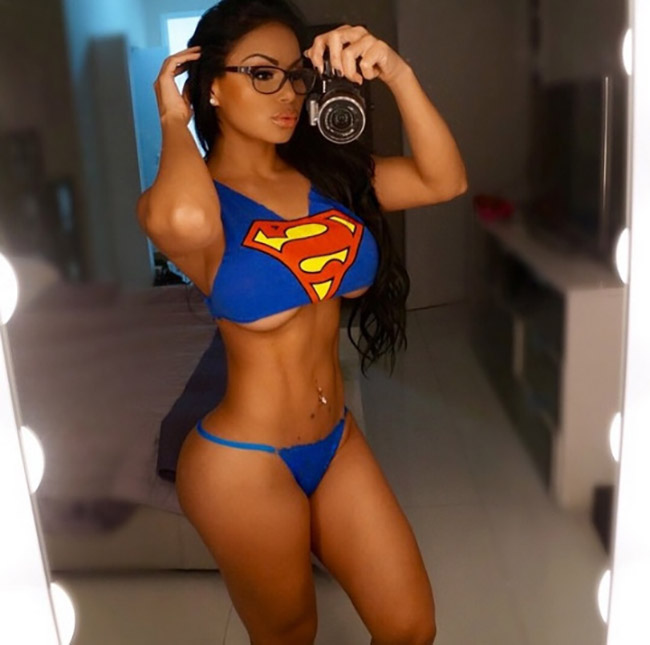 Dolly was born in 1984, in a small tropical country called Nicaragua. She grew up in a religious family which valued the importance of education.

Since her early years, Dolly wanted to become a chef, but her parents wanted her to become a lawyer, which was a much more prestigious profession in her families eyes. She had to follow the family rules and eventually graduated as a lawyer.

Birth Of Her Daughter

Soon after she finished college, Dolly gave birth to a girl whom she named Karen.

Dolly said the birth of her daughter gave her a sense of fulfillment, and a purpose in her life. Dolly was a role model and an inspiration for her daughter, but she also wanted to become one for people around the world.

That’s when she decided to pursue her dreams of becoming a famous model.

After being encouraged by the family to pursue her dreams, and with some previous experience in modeling, Dolly decided to make a risk and move to Miami.

Dolly almost instantly became recognized in Miami, with numerous modeling agencies contacting her. She soon built a healthy reputation where everyone in Miami knew who she was. 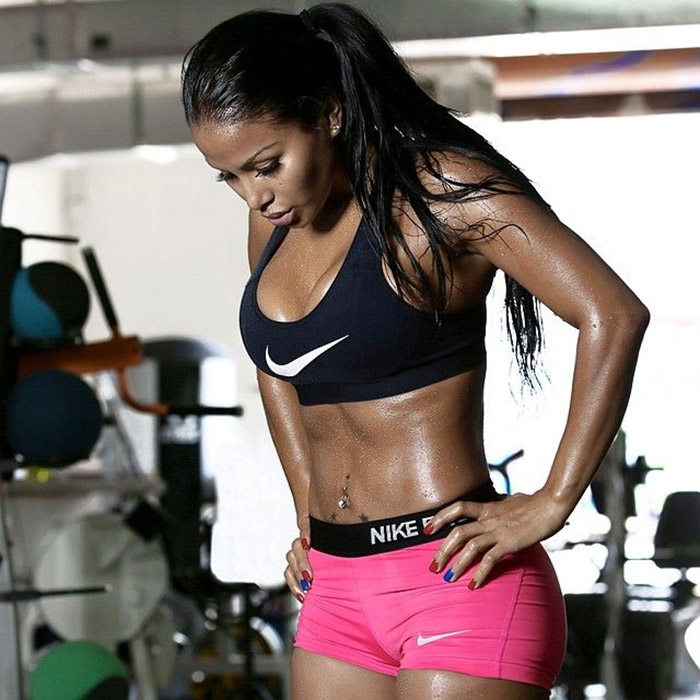 It wasn’t too long before Dolly reached another milestone. After some time working as a model in Miami, she created her social media profiles and started to post numerous pictures. It was then that the aspiring Nicaraguan model got her recognition from people around the world.

Eventually, Dolly decided to use her social media following in her favor by starting a business and developing her lifestyle brand.

She says that if she can inspire only one person in the best way possible then she feels like she is doing the thing she was supposed to do from the very beginning.

Dolly attributed all of her earnings and fame to God and everyone who followed her on social media.

She said: “I have earned fame and money thanks to God and social media. For me, it’s important that my followers know what I’m doing the whole time.”

Dolly continued: “Since the beginning of my career, I have learned to be original, but never to show hunger for fame” 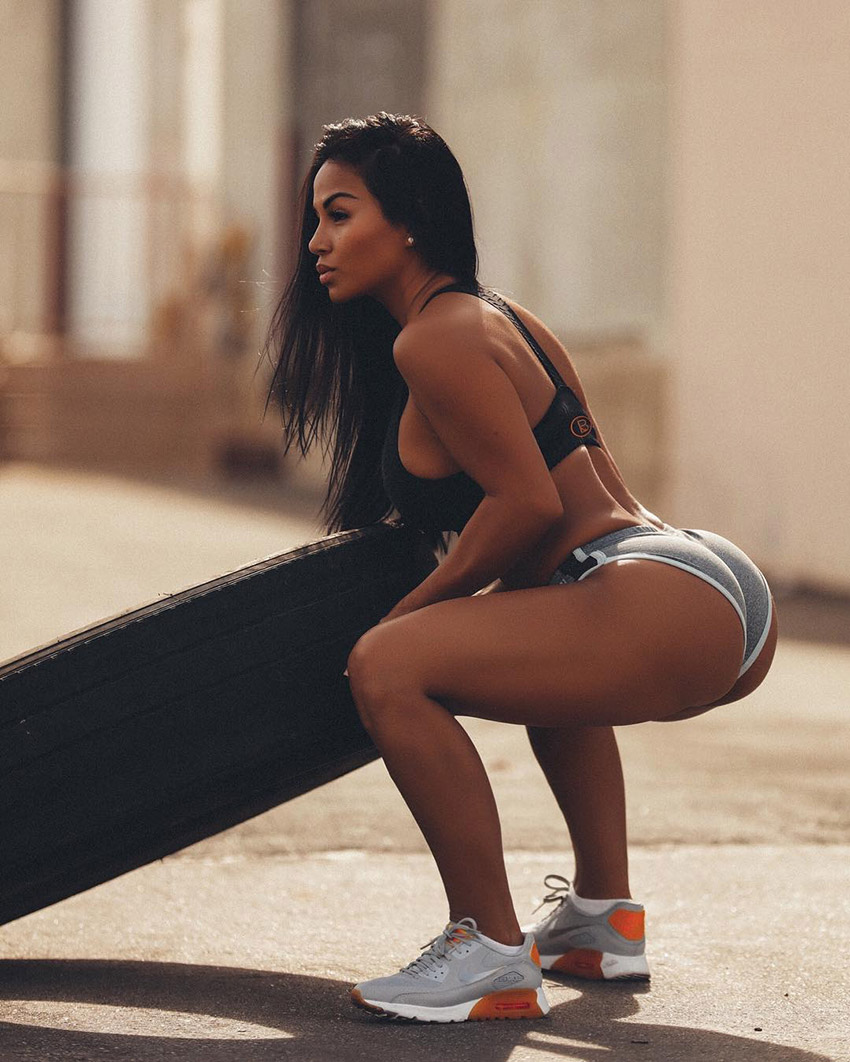 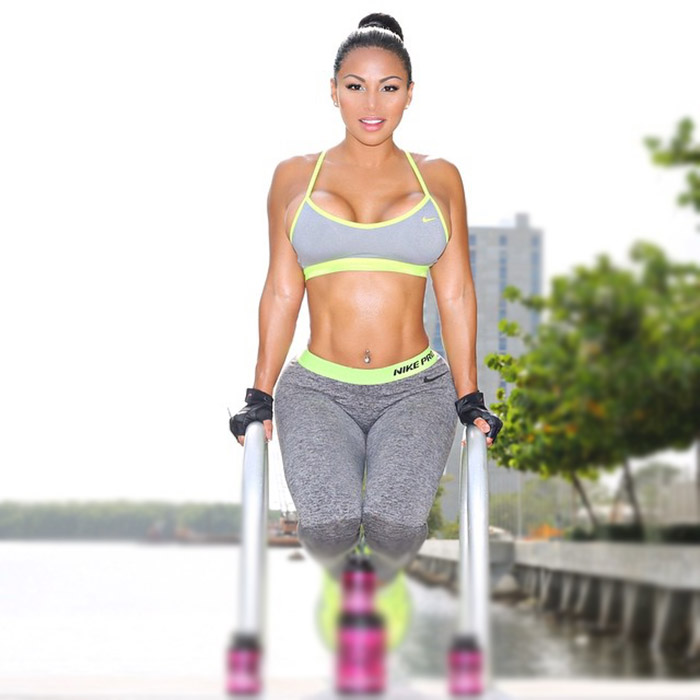 “Everyday brings on new challenges and new opportunities to achieve your goals. Life is a blessing, so  remain focused and prepare yourself for success.”

Dolly’s favorite body parts to train are legs and abs, and some of her most used exercises are dumbbell squats with high reps, wide-grip pulldown behind the neck, lateral raises, and cross crunches. 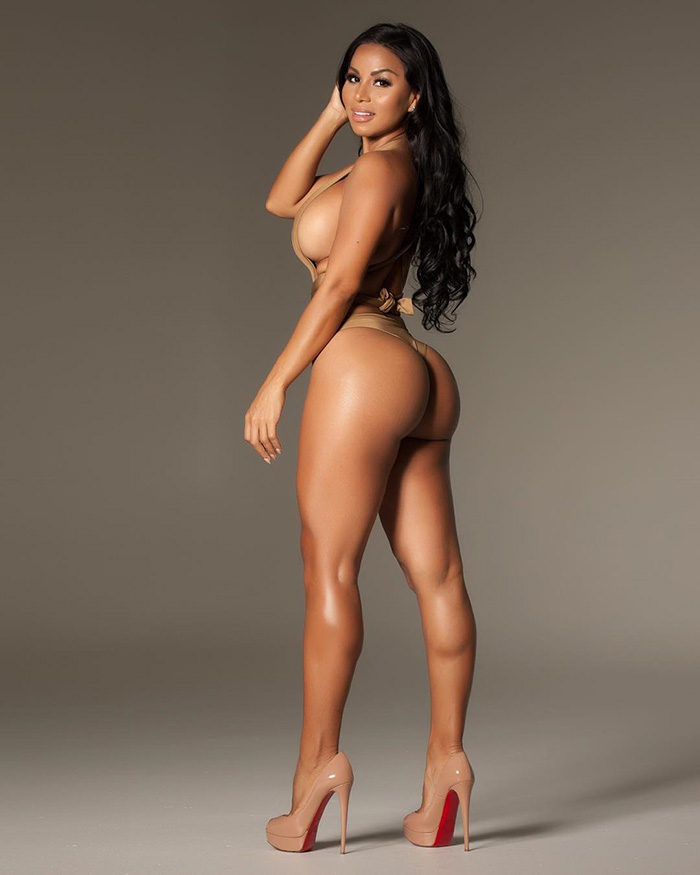 “Follow your passion; It will lead you to your purpose.”

When it comes to weight loss, Dolly says that proper diet and supplementation usually play a bigger role than exercise itself.

She went so far as to say that 70% of one’s weight loss can be attributed to the proper nutrition and supplementation, and 30% to exercising.

When asked about her favorite meals, Dolly said; “One of my favorite breakfasts to make on the weekends is a low carb protein french toast that is high in fiber! I even make a little extra batter and keep it in the refrigerator for when I’m craving them but don’t have time to prepare the batter.“

Inspired to reach your maximum potential like Dolly? Read our comprehensive guide on how fat burning supplements can really up your game! 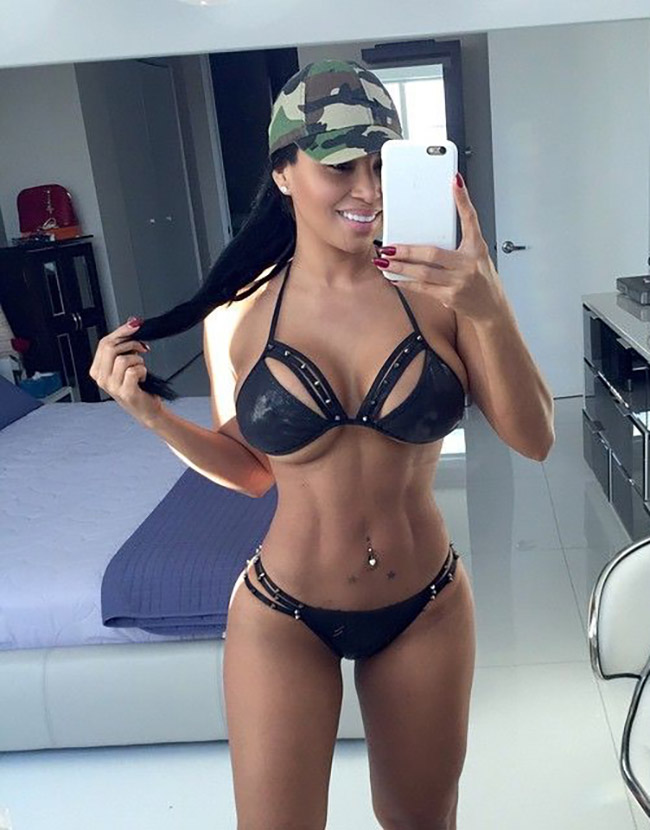 “Just because your past didn’t turn out like you like you wanted to, doesn’t mean your future can’t be better than you ever imagined.”

What we can learn from Dolly Castro

Dolly taught us that being from a small country or not speaking a certain language are not limitations, but challenges that one can overcome.

By being courageous to go after your dreams like Dolly, you too can achieve your greatness.

Im not 5 …. I’m 5.5 if you going to post something about someone make sure you know the information right. Please Chance it for the right one.

Hi Dolly, thanks for getting back to us. We’re sorry the info was incorrect previously, you’ll now find it’s all up to date as requested 🙂

Dolly you are great..
I’m your follower and fan..
Love you..

Hi Dolly í m ur fan n love u so much

Damn…this site is so full of crap. She never graduated. She is not an actress.
I would love to know where does she get her income from to sustain the lifestyle she shows in instagram. I am sick of these IG models (women and men)….

I’m the same way too. I know they obviously work hard for their bodies but it impossible for most girls to get these kinds of curves considering genetics.

Why do people just hate on others? Probably jealously. You are gorgeous and doing your thang! Keep it up. You look heavanly and are a positive inspiration.

Shes fake like the rest of the “ig models”.Anyone can become an attorney in Nicaragua. Its a shame women like her crave attention online.

How can she afford her lifestyle? Does she have a real job (not an influencer, liberal artist, owner of a “brand” of clothes, supplements, etc.)? How do most of these IG models live like that when they don’t have a known job and have a low educational level?
This is just detrimental to REAL women who live ordinary lifes and work hard every day to excel.

Dolly is 34,? her daughter is like 13 or 14 (according to her i.g) she said she got ger law degree and then had her daughter shortly. So did she get her law degree at 20?21? Parents didnt want her to be a chef but a lawyer. They told her to follow her dreams when it came to modeling but not when she wanted to be a chef???? This article is confusing me

Hi/Hola Dolly, my name is Carlos Antonio Raymond, and I am from Panama, Republic Of Panama, Central America. I do have some relatives living in Managua Nicaragua. I must say that not only do I admire your great shape and beauty, I also admire your dedication to Health, Nutrition and Fitness. I am taking this liberty to ask for a personal (Signature) photo of you for my Office.

“I would love to know where does she get her income from to sustain the lifestyle she shows in instagram. I am sick of these IG models”

Where do you think? Most of them have instapimps, sugar daddies who fund them and pay for photographers etc. Instagram is kind of like a “reality” show in still life, which means it’s totally fake but made to look real so people buy into it.

I cannot believe the way people hate on this blog. this woman is living her best life and trying to inspire others everyday… and you people (haters) are sitting back on your fat asses talking smack… smfh!!!

Dolly you are the sexiest women in exercise that i ever seen .i,m a 57 yr old man from anchorage alaska and would be my greatest accomplishment if i ever ment you in person

Her attitude in her comment just turned me off entirely. Be beautiful but don’t be a bitch.

Such an amazing lady!!! Such an inspiration to behold! Very very gorgeous!

[…] followed by over 6.2 million people. Dolly is mostly thankful to God for her success, stating in an interview ‘I have earned fame and money thanks to God and social […]