Dani Elle Speegle is an American CrossFit athlete and fitness influencer. She first became a part of CrossFit in September 2015, when her coach encouraged her to try CrossFit contests – he believed Dani had what it took to make it far in the sport.

Ultimately, Dani’s coach was correct. Ever since starting her journey, she’s become a highly reputable CrossFit athlete. Her victory at the 2018 South East CrossFit Regionals is just one of the many awards Dani’s achieved during her prolific career.

With growing fame and success, as well as a physique worthy of admiration, Dani Elle Speegle looks set to become a big name in Crossfit. 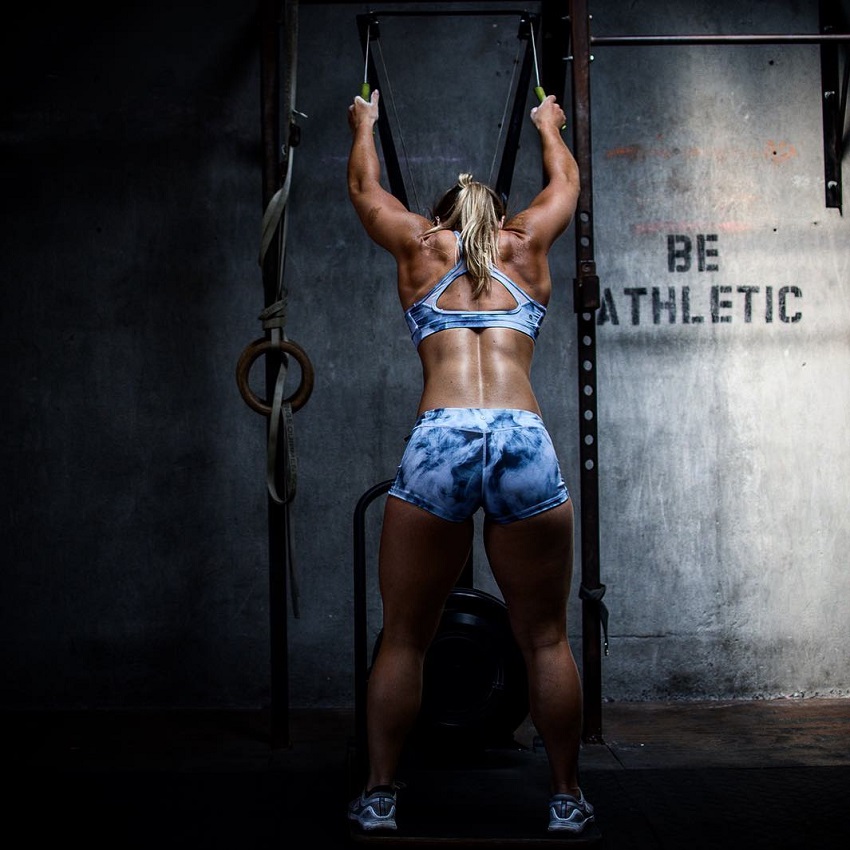 “I am a fierce competitor. Even a game of monopoly is a time to get serious. It runs in my family; you should see my mom watch jeopardy.” 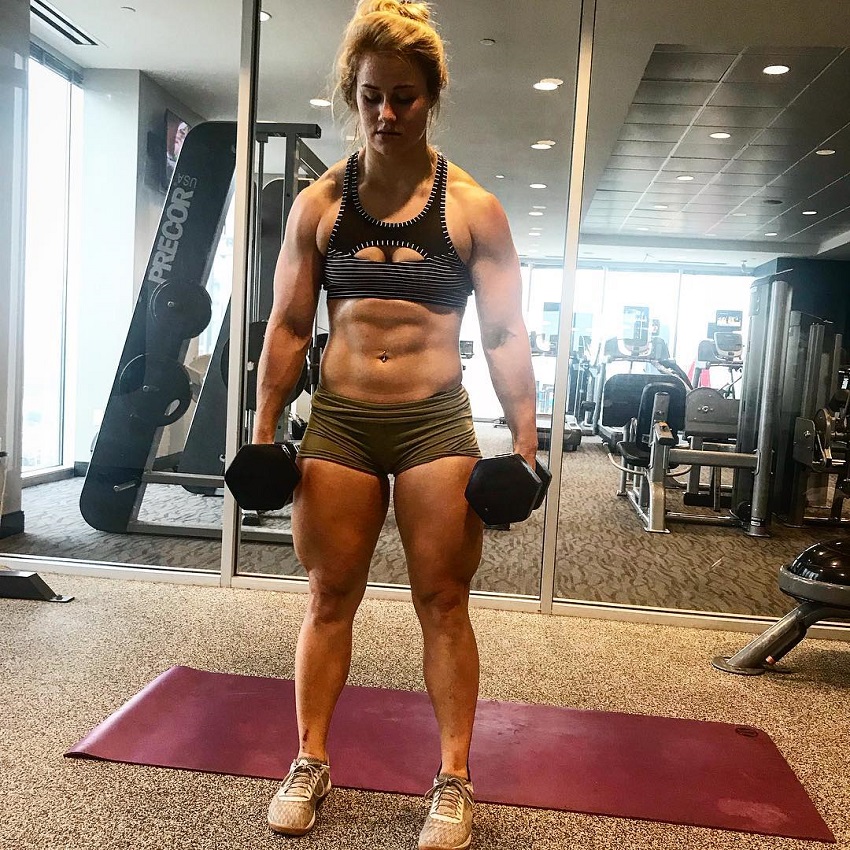 “Once I have my mind made up about something or I’ve got a certain vision in my head I stick to it and don’t waiver from it at all. Some call it stubbornness and they would probably be right to do so. “ 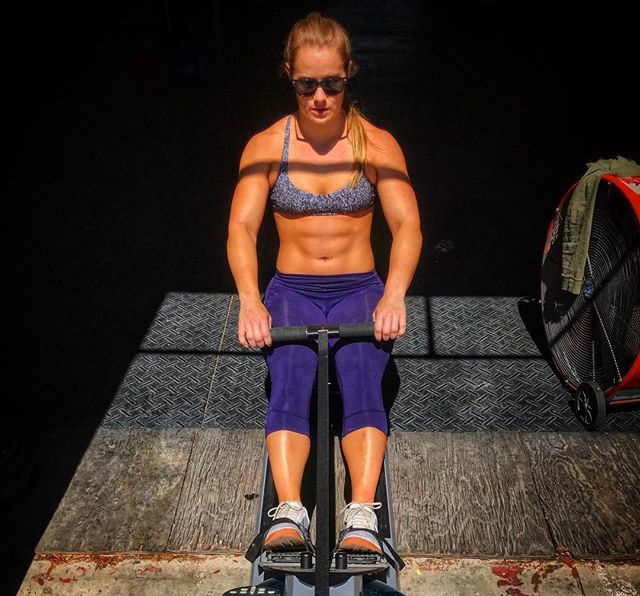 Dani Elle Speegle says she’s been a “fierce competitor” her whole life. Growing up, she was extremely interested in athletics and sports. Her favorite were soccer and diving.

As she grew older, Dani slowly lost her initial interest in soccer and diving and began to experiment with other activities. These included volleyball, track, and club volleyball.

During college, Dani kept bouncing from one sport to another. However, one thing remained constant – her passion for physical activity. 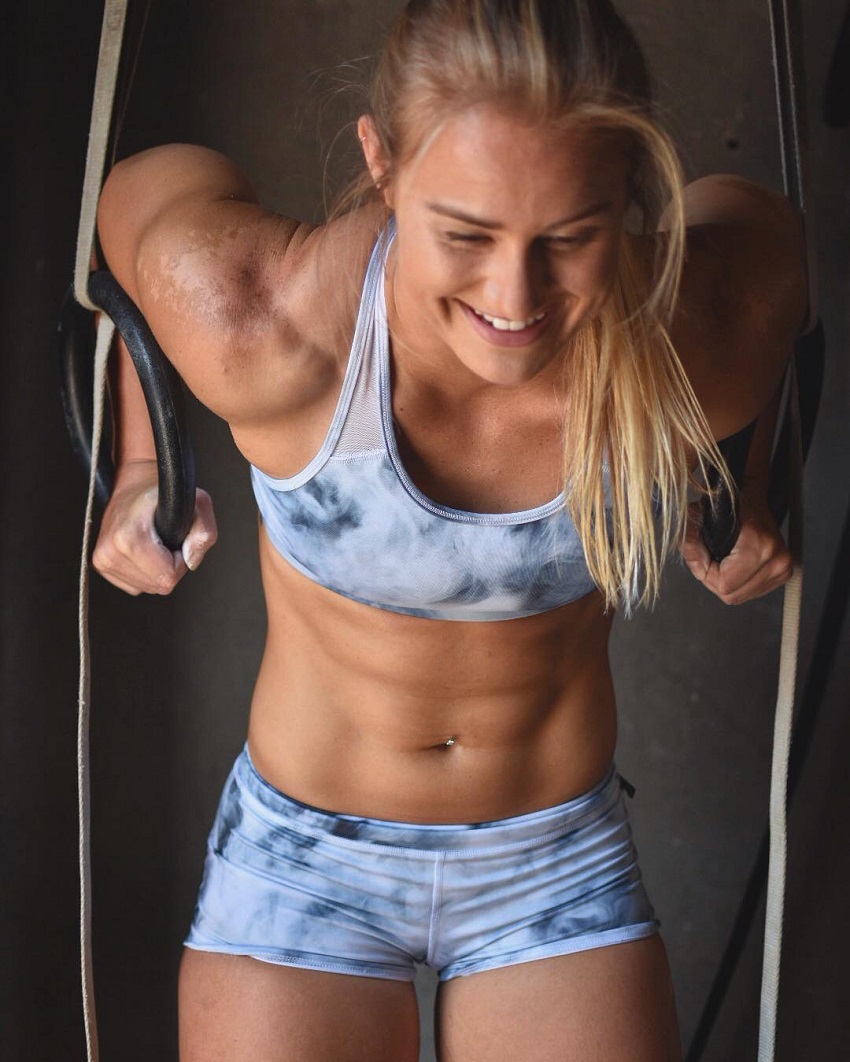 Not long after starting college, Dani discovered CrossFit. In September 2015, she was introduced to her first CrossFit workout by her gym coach Asante Richards.

Asante saw the potential in Dani and encouraged her to give CrossFit a shot. Dani listened to her coach’s advice and began working out at a CrossFit gym.

Under Asante’s guidance, Dani achieved quick progress in a matter of months. Not only did her body improved in shape and muscularity, she also became stronger than before. 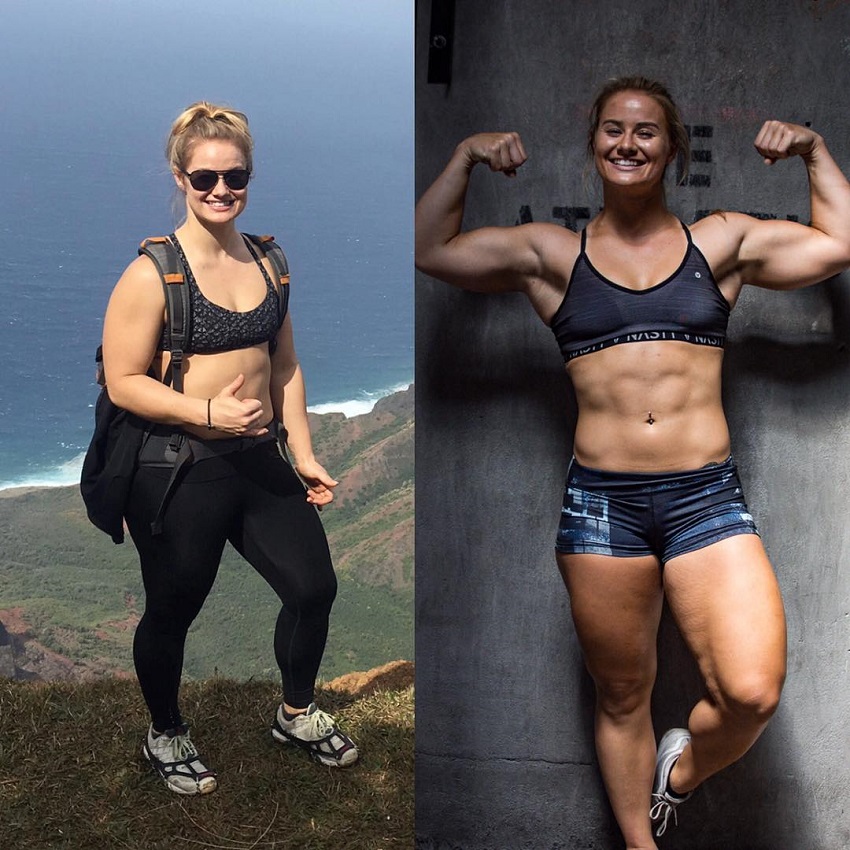 Achieving Success in Her New Sport

Enthralled with her own progress, as well as the CrossFit community of athletes, Dani was now on her way to becoming a CrossFit athlete herself.

“The community of CrossFit as a whole is truly amazing. The love and support everyone shows each other is like nothing I’ve seen before in any other sports community I’ve been a part of over my athletic career. “ 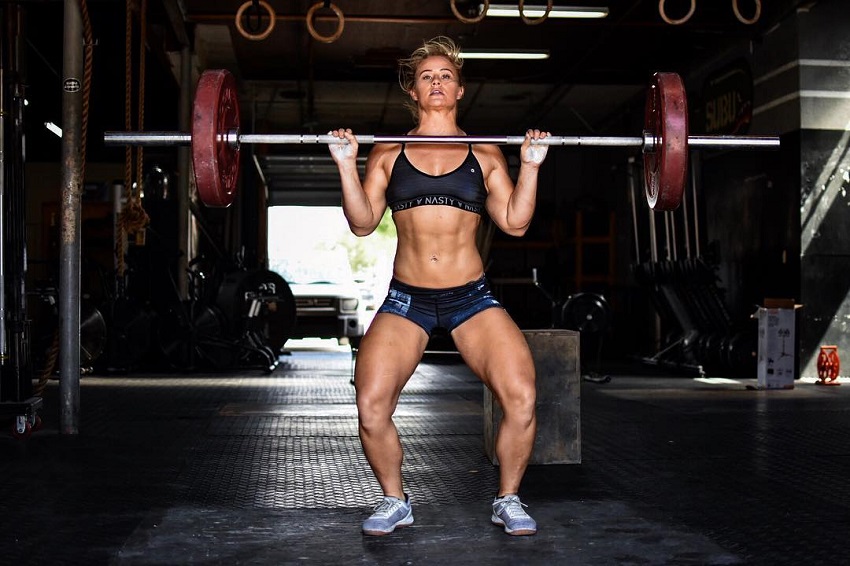 Here’s what Dani said about her first CrossFit competition; “Obviously, it was wonderful to win my first competition.

It gave me the boost of confidence I needed at the time to tell myself that I could move forward in the CrossFit world. It was a major first step for me and after that, I took off running full speed, head first into this sport.” – Dani Elle Speegle

Riding high from her first CF victory, Dani set her sights on achieving new and bigger goals. Over the years, her success grew as she became not only a recognized CrossFit athlete, but also an inspiration for thousands of young and upcoming athletes looking to replicate her success in the sport. 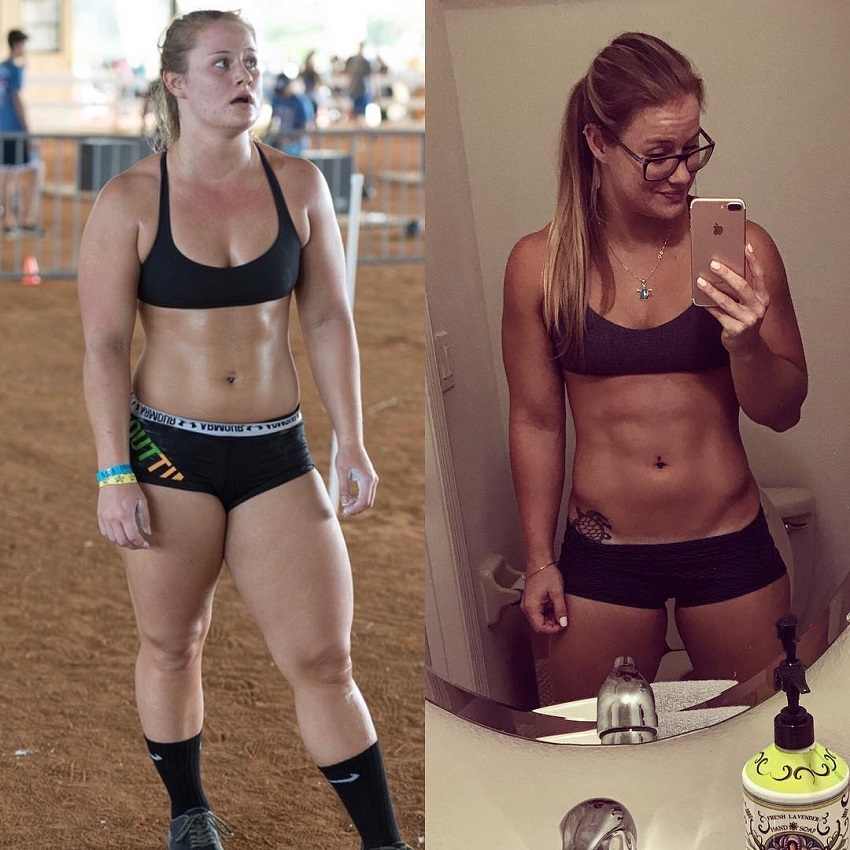 There’s no secret to Dani’s training routine, she says it all comes down to hard work and consistency with her workouts.

Even if she doesn’t feel like working out, she’ll work out anyway. She sticks to the plan, no matter what it takes. This is the mindset that’s allowed her to win her competitions, and become a successful CrossFit athlete. 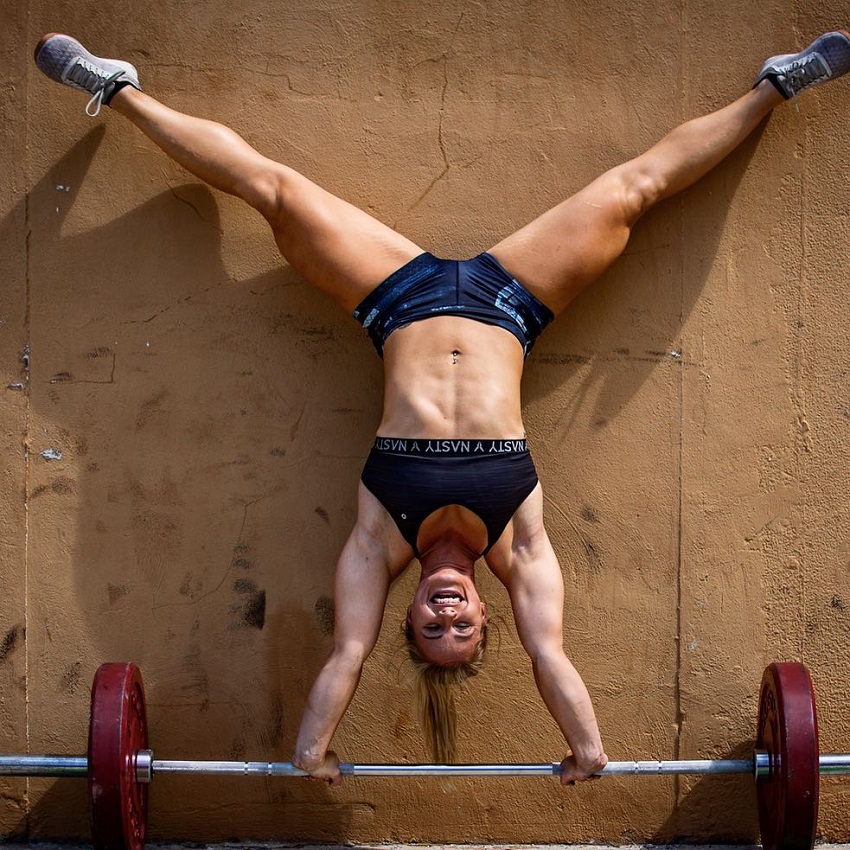 In terms of training specifics, Dani likes heavy compound weights that enable her body to grow. Coupled with some isolation movements and conditioning work that target specific areas of her body.

She works out five to six times per week, three to five hours per day. As for rest days, Dani will dedicate one day to active recovery, and another day for complete abstinence from physical activity. 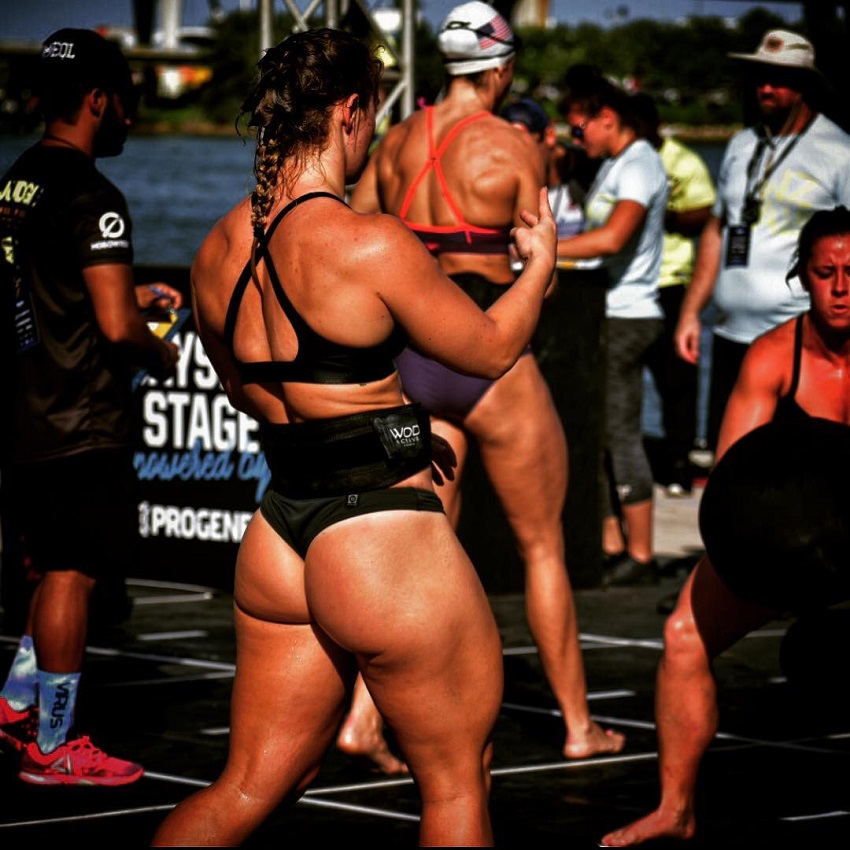 Similar to most CrossFit athletes, Dani follows a clean diet which provides her with a lot of energy for her workouts. “Everything in moderation,” that’s her rule.

She believes that it’s not beneficial to cut certain foods completely from her diet. Instead, she focuses on eating a wholesome and healthy diet that nourishes her body, along with ‘cheating’ here and there for her own pleasure and enjoyment. 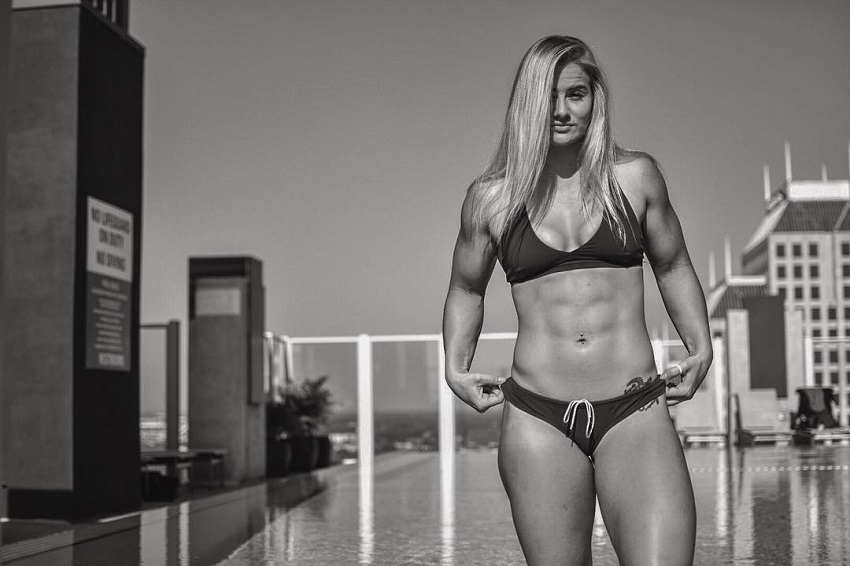 Dani credits her coach Asante Richards as someone who got her involved in CrossFit. As Dani said; “It’s really due to a coach at my gym Asante Richards, that I got really involved in this sport. He took it upon himself to become a kind of mentor to me.

He spent tons of his own personal time walking me through the basics, helping me with my technique, and so on. Mostly his job was to make sure I went home cause I would have stayed in the gym all day every day.”

In regards to other CrossFit athletes that inspire her, Dani says Brooke Ence is her favorite. “Brooke Ence is the first athlete that comes to mind. Her journey and her hard work and dedication to her dreams are astonishing. Also, I mean, her body….literally every Crossfitter’s dream.” – Dani Elle Speegle 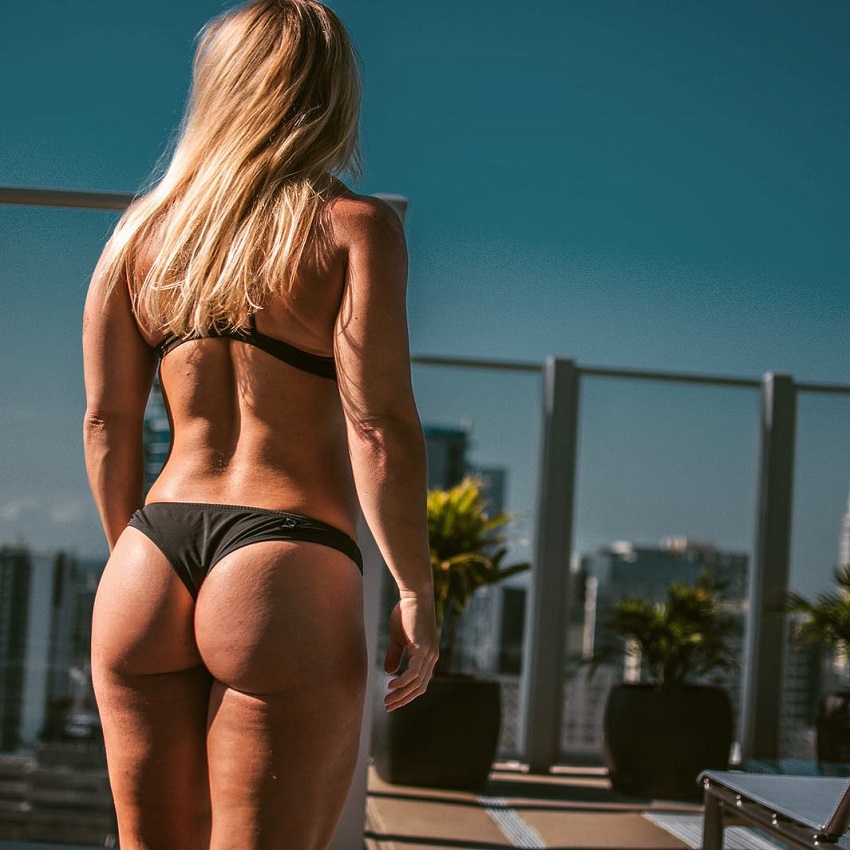 What we can learn from Dani Elle Speegle

Dani started her CrossFit career in 2015 and quickly became a name to look out for. Her awesome performances in the sport have allowed her to become a reputable athlete. But it wouldn’t be possible without her hard work and dedication.

Dani has taught us that if you’re willing to stay committed, no matter what obstacles you face, then there’s nothing that can stop you from fulfilling your potential.

Everyone is watching your journey here in Australia. Your workouts on You Tube are truly inspirational and a bench mark for hard work at our gym.” Dani Dominates ” will be the catch cry at the podium in the near future.

Love you so much dani

I have just discovered you and I am so impressed.
You are someone that young girls can look up to and see what hard work will do for a person

Dani is the reigning champion on TITAN, a new competition on TV on Monday nights. On June 1st 2020 Dani won the TITAN championship, beating a former olympian. The Rock, an actor and former college football backup is the host of TITAN. The Rock uses many supplements, but he don’t use steroids. Dani don’t use steroids either, but Dani eats 10 pounds of horse meat a day and credits the protein obtained from horse meat as helping her build her gigantic thighs! Dani Speegle is quite strong and is an avid street fighter. Dani beats up men in bars who try to pick up on her.