Chrysti Ane, aka, Chrystiane Lopes, is a Brazilian actress, fitness model and online coach. Originally born and raised in Rio De Janeiro, Chrysti moved to Los Angeles, California in her early 20s to pursue her childhood dream of becoming an actress.

During her time in Los Angeles, Chrysti worked hard on realizing her goals and ambitions within the film industry. Eventually, thanks to her dedication, Chrysti began to appear in renowned commercials, movies and TV shows. Including Nickelodeon’s Power Rangers and A Housekeeper’s Revenge (2016).

By 2017 Chrysti made all of her childhood dreams come true, and much more. Over the years she expanded her career to become a fitness model, online coach and social media star, in addition to being a successful actor.

Chrysti continues to work hard on her goals and represent what is possible with determination. As Chrysti says; “I’m here to inspire others to be the best versions of themselves inside and outside while working on that myself! “ 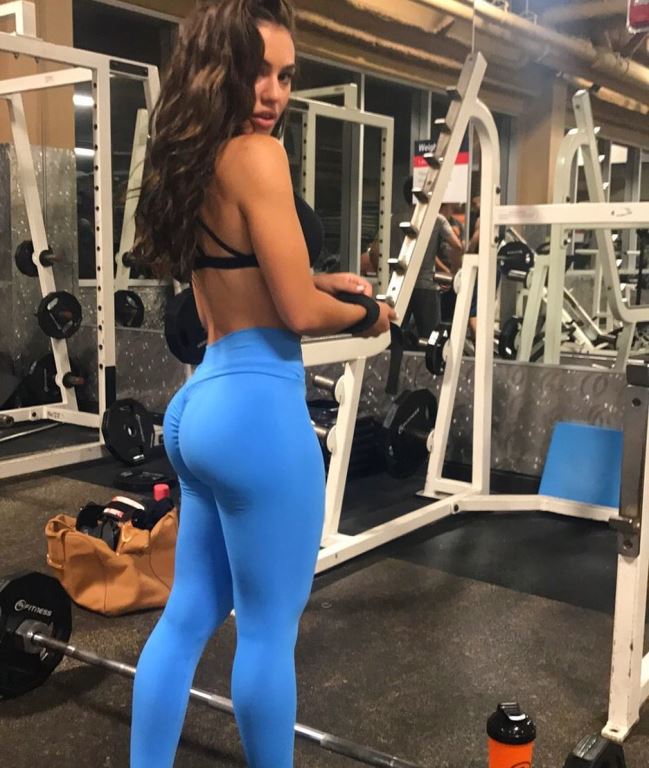 “A healthy mind is just as important as a healthy body! – Sometimes we get so wrapped up in looking a certain way that we completely forget to take time out of our day to make sure were working on our minds as well.” 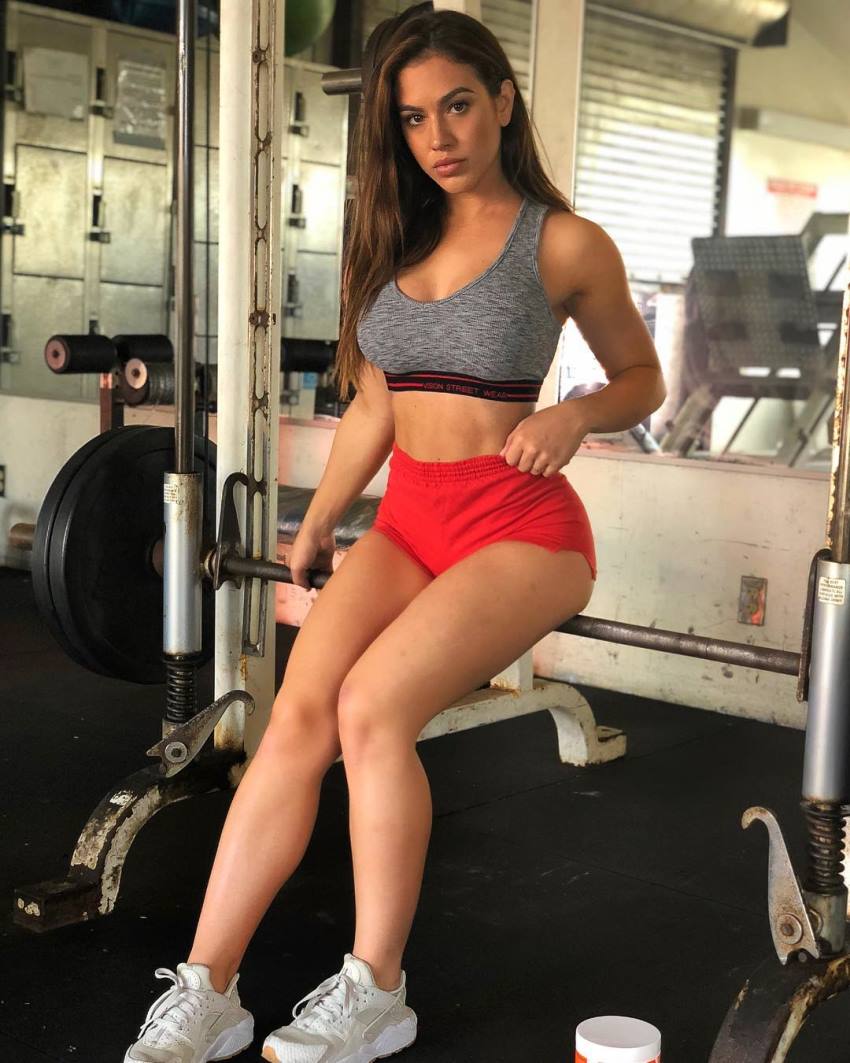 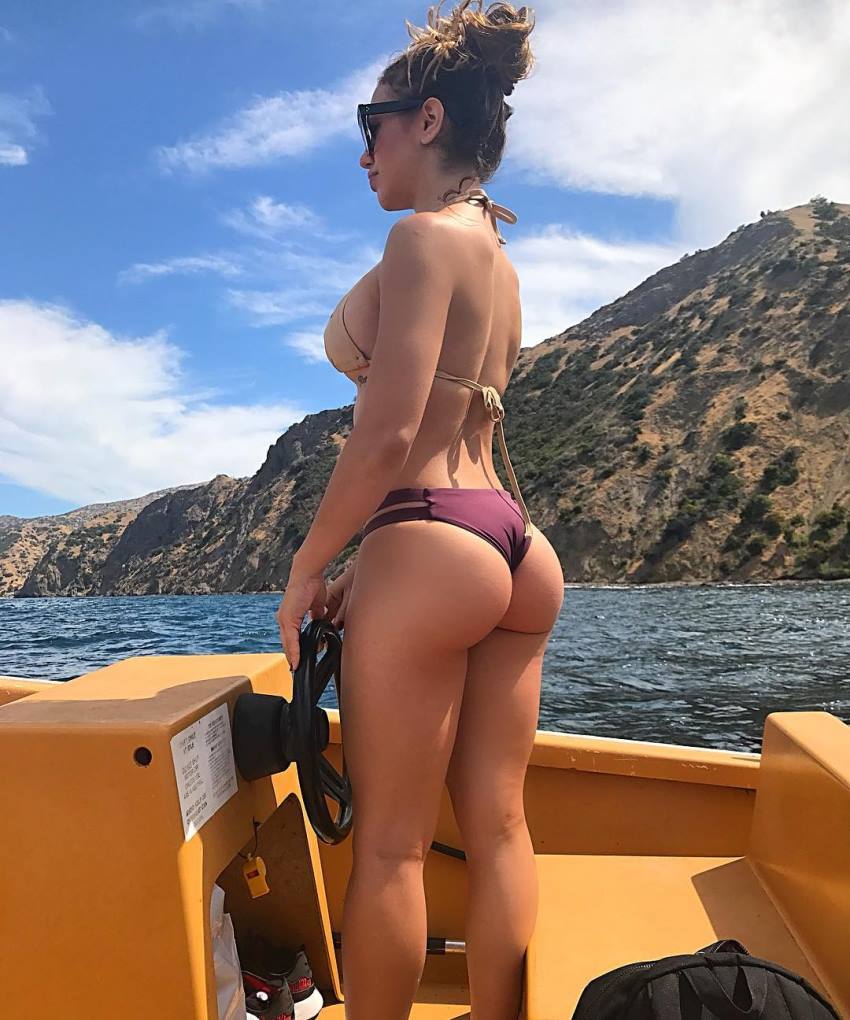 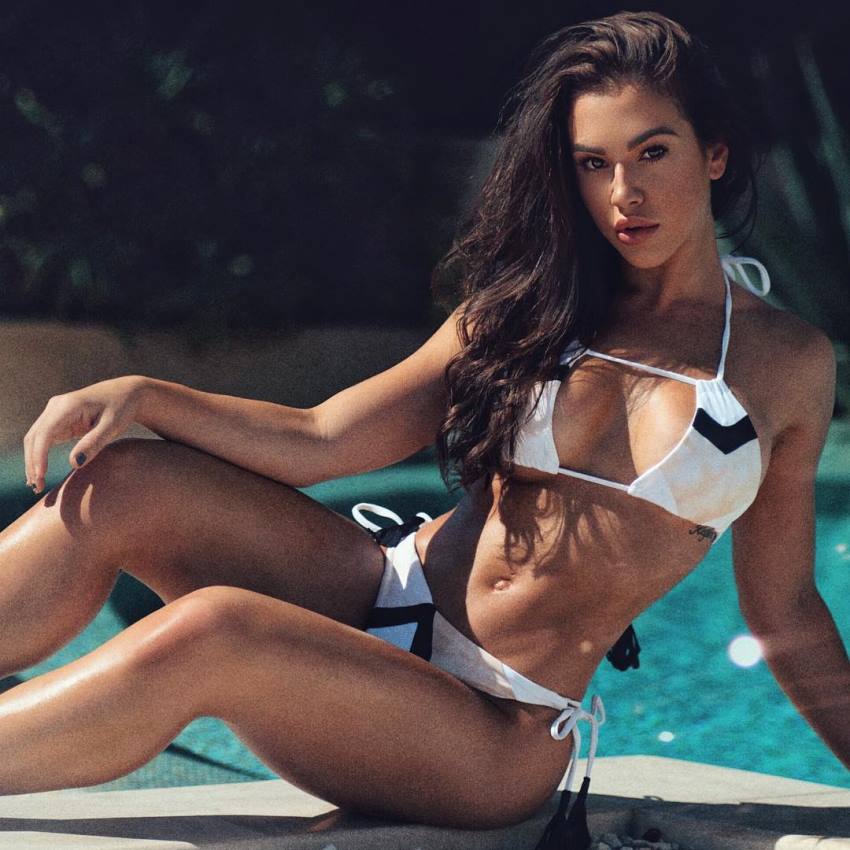 Over the many years of weightlifting Chrysti has tried different training styles. In the beginning she only focused on compound movements such as squats, bench press and deadlifts. These exercises helped Chrysti develop a strong foundation in terms of muscle development.

As the years went by and her training knowledge improved Chrysti began to learn new exercises which have helped improve her physique even further. Some of these exercises include; Smith machine hip thrusts, pistol squats, reverse crunch and dragon flags. 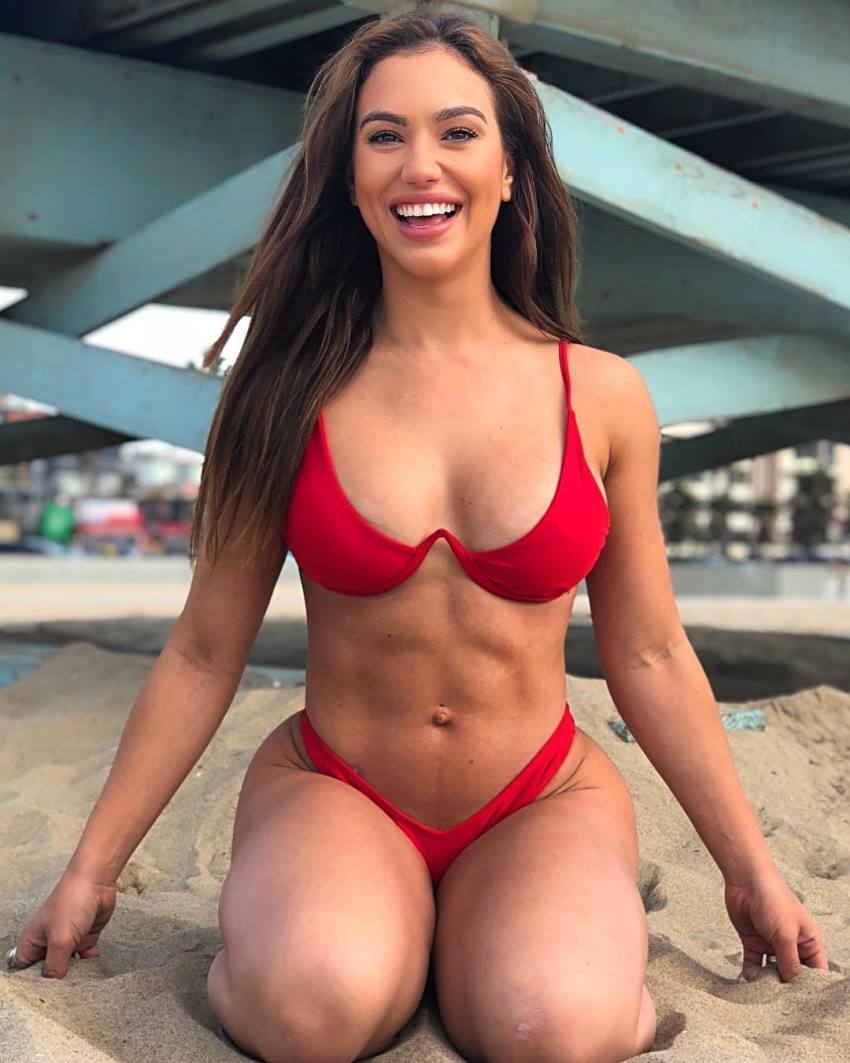 When it comes to staying lean, Chrysti says there are no secrets. In her opinion, it all comes down to the amount of work she puts in – both in the gym, as well as in the kitchen.

If she wants to lose fat, Chrysti will reduce her calorie intake until she starts to gradually lose weight. She’ll keep her calories below maintenance until she’s happy with the result.

Some of her favorite fat loss foods are;

Inspired to reach your maximum potential like Chrysti? Read our comprehensive guide on how fat burner supplements can really up your game! 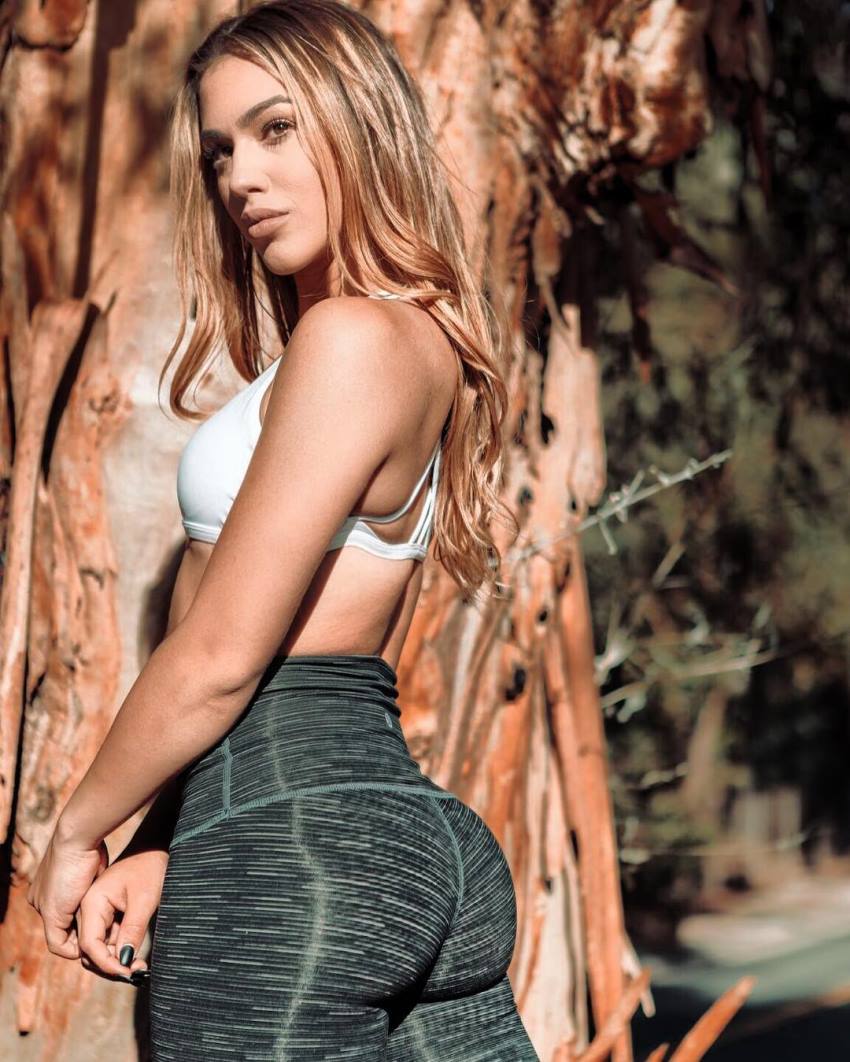 Measuring Progress in the Mirror

Chrysti doesn’t like using a weight scale to measure her progress. She says this method can be extremely misleading. In her own words; “I have to admit that I don’t often step on a scale. They say numbers don’t lie but to me they do.

Muscle weighs more than fat and some people are obsessed with a random number they came up with in their heads. My best friend became this thing called the mirror. I look in the mirror and I determine if I’m happy with my body where it is or if I could be happier setting new goals.” – Chrysti Ane 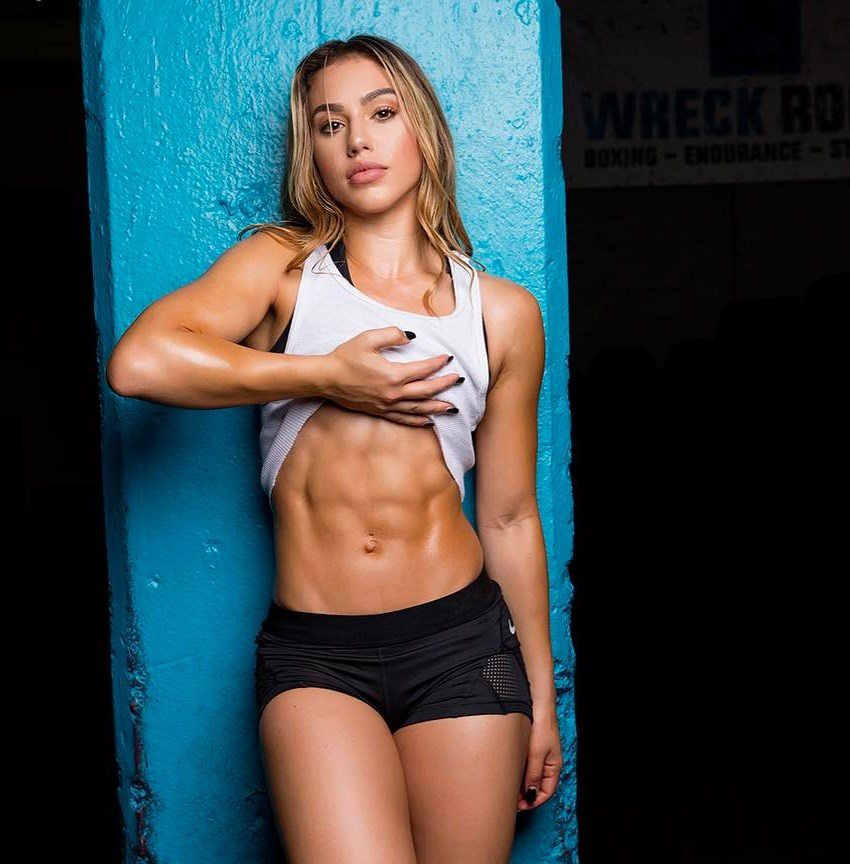 What we can learn from Chrysti Ane

One of Chrysti Ane’s ethos is that, ‘you are who you surround yourself with’. She believes that by being around successful and positive people is the key to achieving success in any area of life.

As Chrysti said; “You can do anything you put your mind to! If you surround yourself with people who believe and have the same vision it makes it 10 times better.”

Sexiest pink ranger since Kimberly. It’s funny how her body doesn’t match sentai footage at all. She’s got nice but titties, a real big round ass, thick thighs, and she’s mad muscular. When she morphs she becomes skinny and lanky. Also she’s almost a foot shorter than Zoe robins which is hot. But after morphing they become same height. What can you expect from sabans casting department at least they’re not gender bending yellow rangers anymore since wild force last season of original saban era.

she’s an awesome person and has a great body i hope she be’s more successful in life Keep it up!

I’m Brazilian as well! I was born in Rio de Janeiro and raised in the capital (Brasília) and São Paulo. I am also a fitness fan and enjoy working out. She is my inspiration. #Brasileirossãomelhores #viverBrasil

She has great body which include her tiites ,big rounded ass and what body like 37 ,30,38 Her lips also like a rose petal which want that somebody kiss them

Chrysti ane is my favourite Brazilian. Even though I am a 10 year old ,i love her and Zoe robins. They are the only girls in the ninja steel team over 4 boys. When I grow up I am going to be like her and vist Rio de janeiro,Brazil. I love Christy ane with all my heart. You are my inspiration.