Christa Bauch is a former professional bodybuilder from Germany. Christa spent most of her early life playing sports, but she never considered a career as a bodybuilder.

It wasn’t until the age of 37 that she took part in her first contest. From there, she won her Pro Card at the age of 43, along with becoming famous for her impressive arm wrestling skills.

Christa’s last Pro show came in 1995, after which she retired from bodybuilding. The incredibly ripped and aesthetic physique that Christa boasted during her prime is still admired by people to this day. 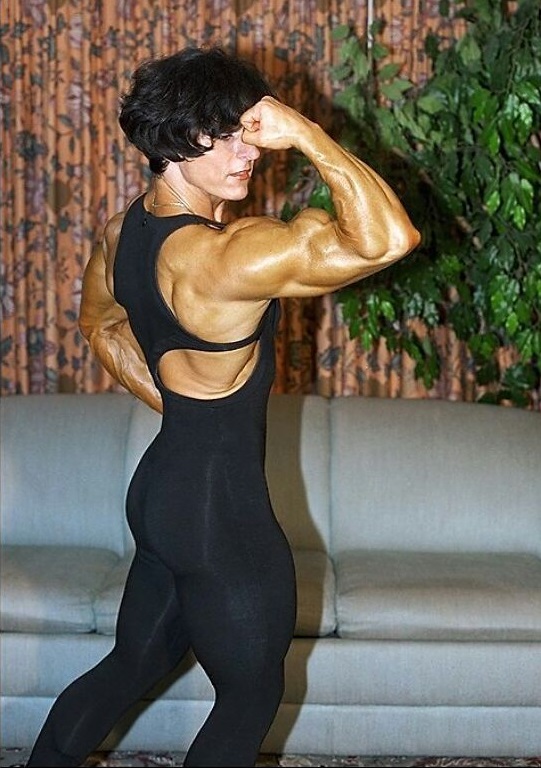 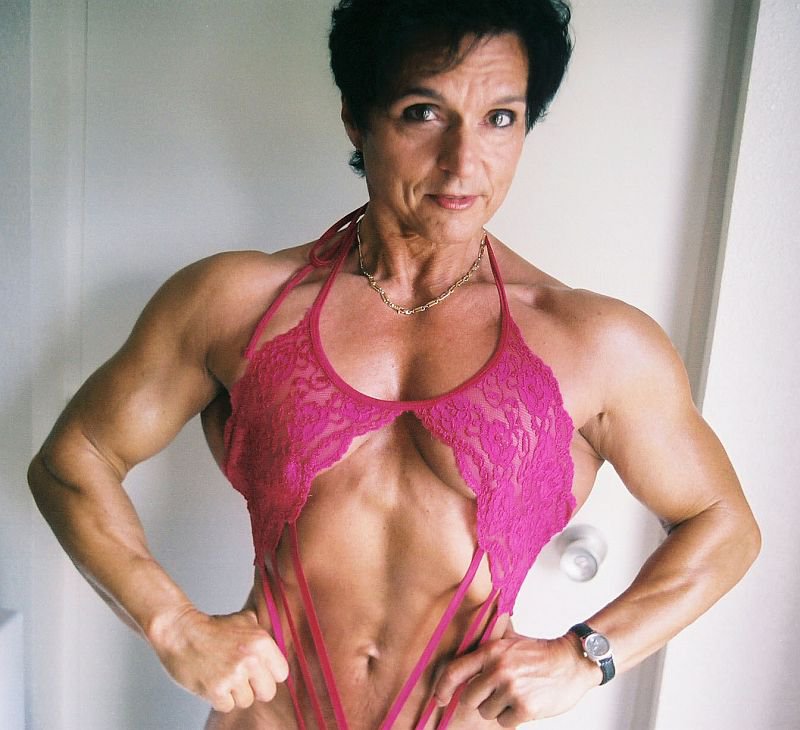 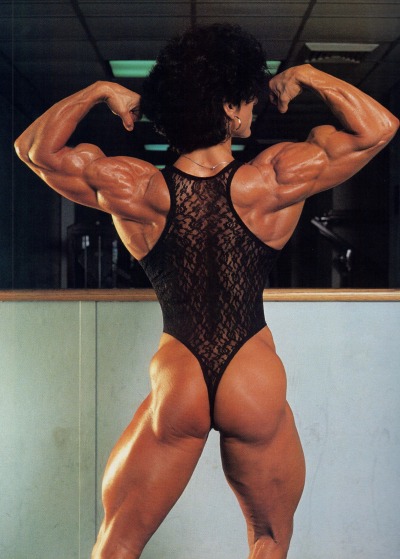 Born in East Germany, Christa Bauch was an avid sprinter as a child. Alongside sprinting, she enjoyed horse riding, playing music, and swimming.

However, her years as a bodybuilder were yet to come. 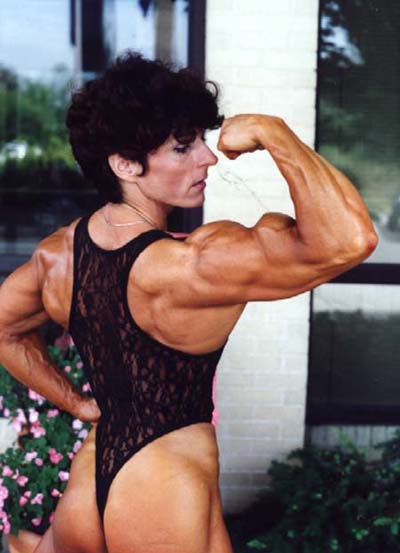 After years of trying different activities, including swimming, sprinting, and rifle shooting, Christa wanted a new challenge. At the age of 37, she started training with weights. She instantly fell in love with the activity and embarked on her bodybuilding journey.

After several months of training, Christa won several local and regional contests. Realizing she had the potential to go a long way, Christa soon committed herself to bodybuilding full-time. 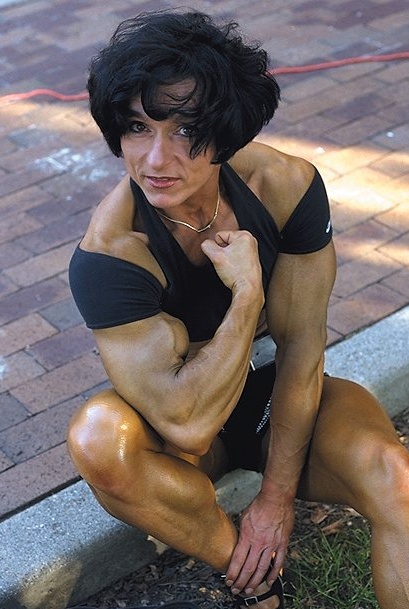 By 1987, Christa began attending more serious bodybuilding events. She went on to take 2nd place at the NABBA World, European, and German Championships.

After this, Christa took the remaining several months of 1988 to refine her physique and come in even better shape the following year.

Switching Over to WABBA

In 1988, Christa transitioned to WABBA contests, winning the European Champion title as well as a number of additional awards.

One year later, Christa moved to the IFBB, hoping to become a Pro Bodybuilder. The chance to achieve her goal came at the 1989 German Nationals, but Christa failed to win the show – placing 2nd.

However, she made up for the loss a couple of months later, winning the World Games contest and her Pro Card with it.

Christa’s Pro Debut came in 1990, at 43 years of age. The contest was called the Ms. International. Christa finished in 4th place that day.

However, due to controversy with substance abuse, she was later disqualified. 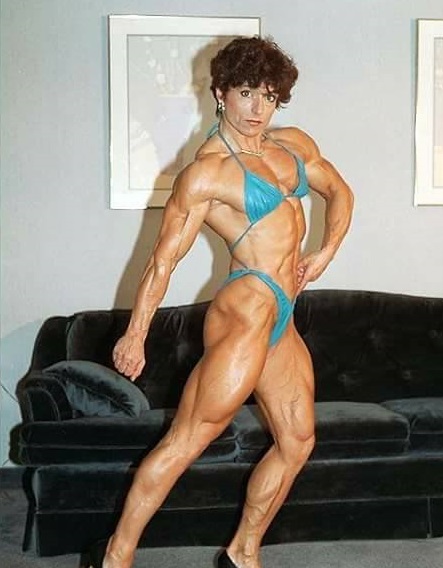 After her disqualification, Christa faced another problem – she had to undergo leg surgery.

However, Christa was undeterred by these events, knowing she’d learn from them and come back stronger – and that’s exactly what she did.

She came back several months later to claim the 4th place at the 1991 Italian Grand Prix. She missed the Ms. Olympia qualification by just one spot. 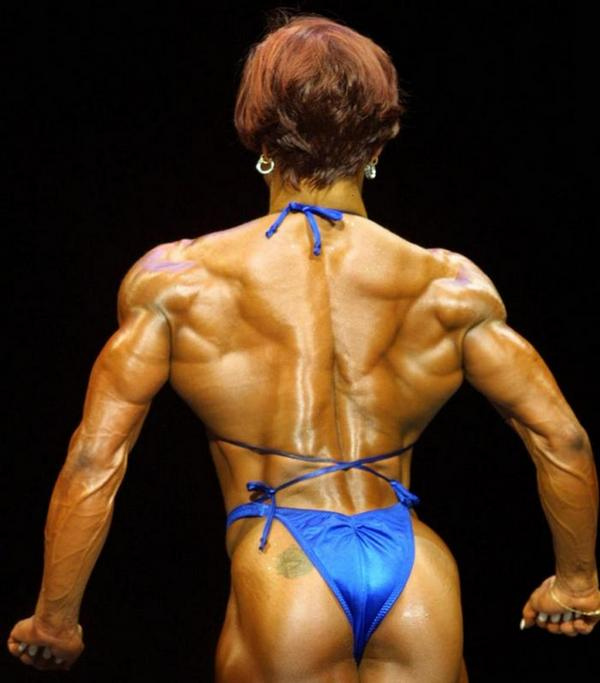 Christa’s best result as a Pro athlete came in 1994 when she placed 2nd at the Canada Cup.

She formally retired from bodybuilding one year later, after placing 5th at the 1995 Jan Tana Classic.

While she no longer competes, Christa is still passionate about lifting weights. To this day, she trains in the gym to stay in shape.

Alongside bodybuilding, Christa was also a world class arm wrestler. It wasn’t unusual for her to defeat much stronger opponents in arm wrestling, including other male bodybuilders. 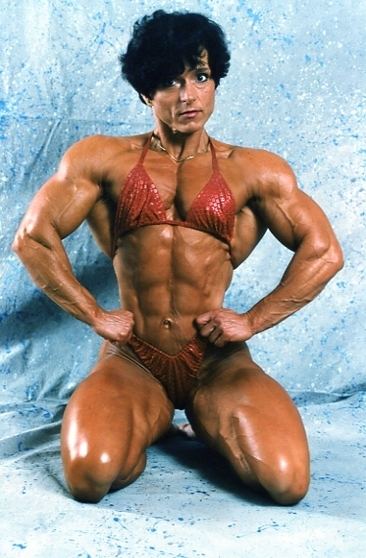 Alongside her posing practices, Christa also lifted weights and did cardio as a part of her show prep.

Her workouts consisted of heavy leg exercises, which allowed her to tone her lower body, along with upper body movements to carve out an aesthetic figure.

Some of Christa’s exercises included: 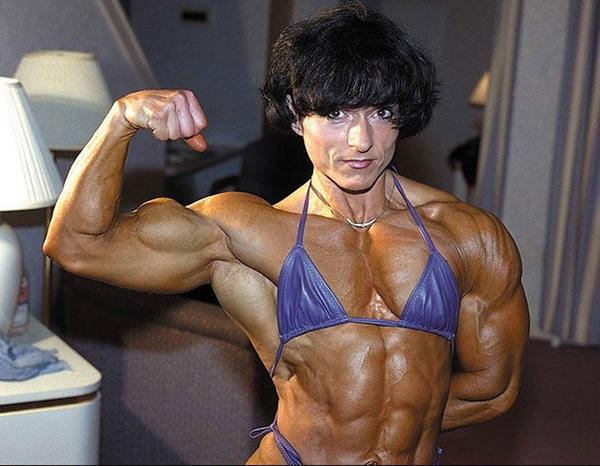 In regards to her diet, Christa stuck to the 80/20 rule, eating healthy most of the time but also allowing an odd cheat meal from time to time. However, ‘cheating’ was only allowed when Christa was in the off-season.

When she prepared for a show, there was no room for any cheat meals whatsoever. Her pre-contest diet was extremely strict, consisting of lean meat, healthy fats, and a low amount of complex carbs. Sugars and fried foods were strictly forbidden. 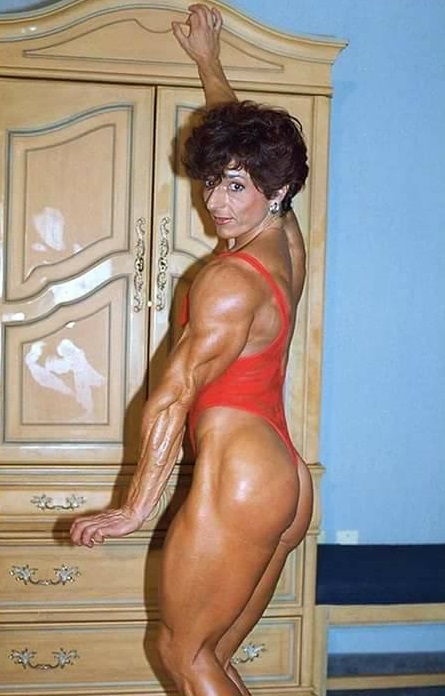 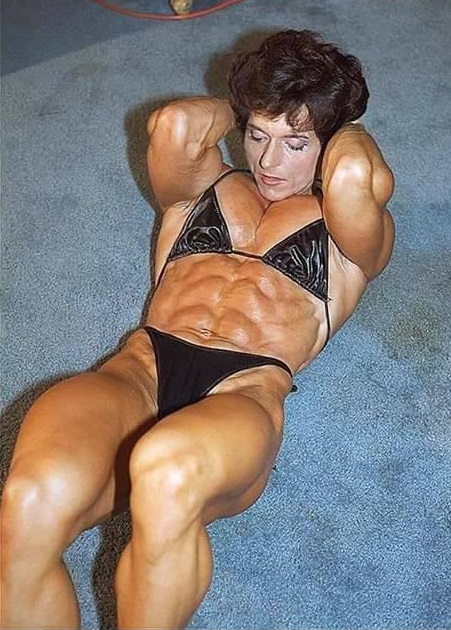 What we can learn from Christa Bauch

Christa Bauch has shown us that sculpting an outstanding physique has its costs.

When preparing for a show, bodybuilders like Christa have to pay attention to the foods they eat, along with carefully managing their time and workouts. This is the cost Christa was willing to pay in order to get to the top.

What can you take from this? The road to success is a bumpy one, and it might take you a long time before you see the results that you want. But don’t give up – remember that great sacrifices often lead to even greater achievements.

I rank Christa among the tops of my list with Diana Dennis, Cory Everson, Mary Roberts and Laura Creavalle.
The newer ladies of the sport have a lot to learn from Christa.
It’s never too late to start or attempt your dream.