Casey Samsel is an American IFBB Bikini Pro born and raised in Bloomsburg, Pennsylvania. Through her self-motivated mindset, she achieved success on the bodybuilding stage – coaching herself to IFBB Pro status by 2014.

Throughout her childhood, Casey maintained a heavily active lifestyle. She regularly took part in sports such as soccer, running track and throwing javelin – forming a foundation for her career in fitness.

Eventually, Casey reached the bodybuilding stage with high hopes of becoming a success. She achieved just that, finishing in the top 6 in 10 competition appearances – making a name for herself as a formidable bikini competitor.

Soon enough, Casey’s career led her to become a fitness coach and personal trainer. From then on, she made it her aim to become a positive influence in other people’s lives, while spreading her message: ‘Your success is created by you and who you surround yourself with’. 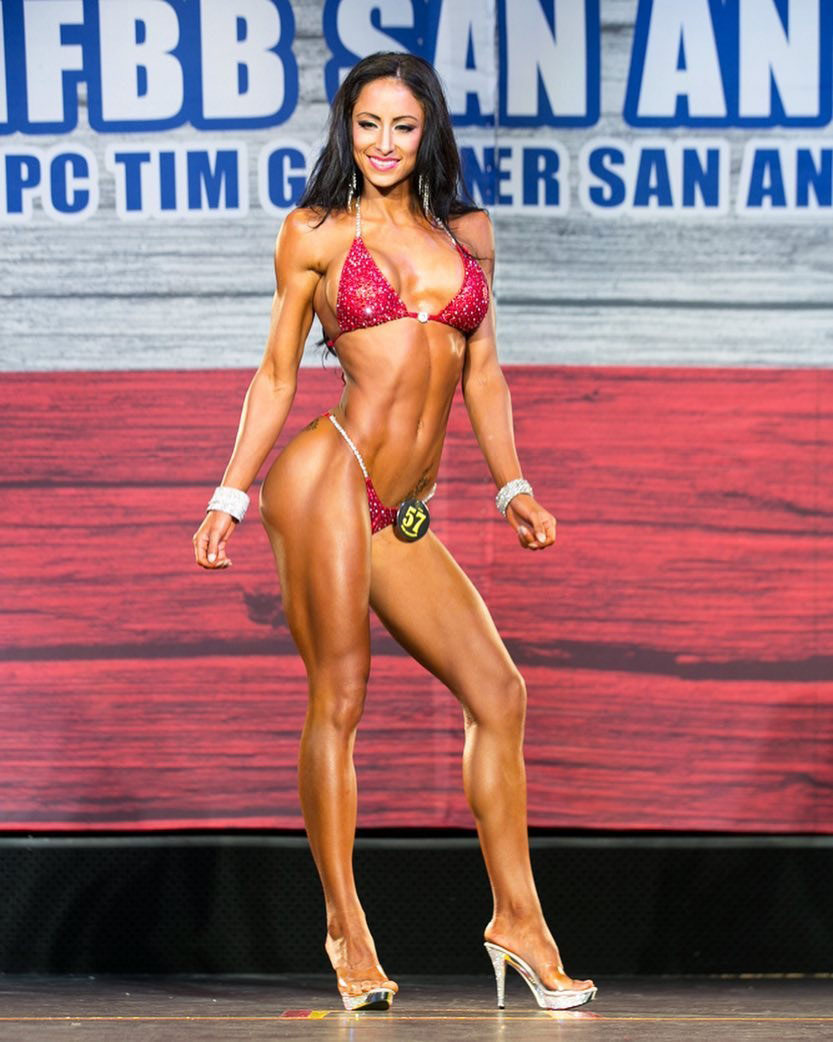 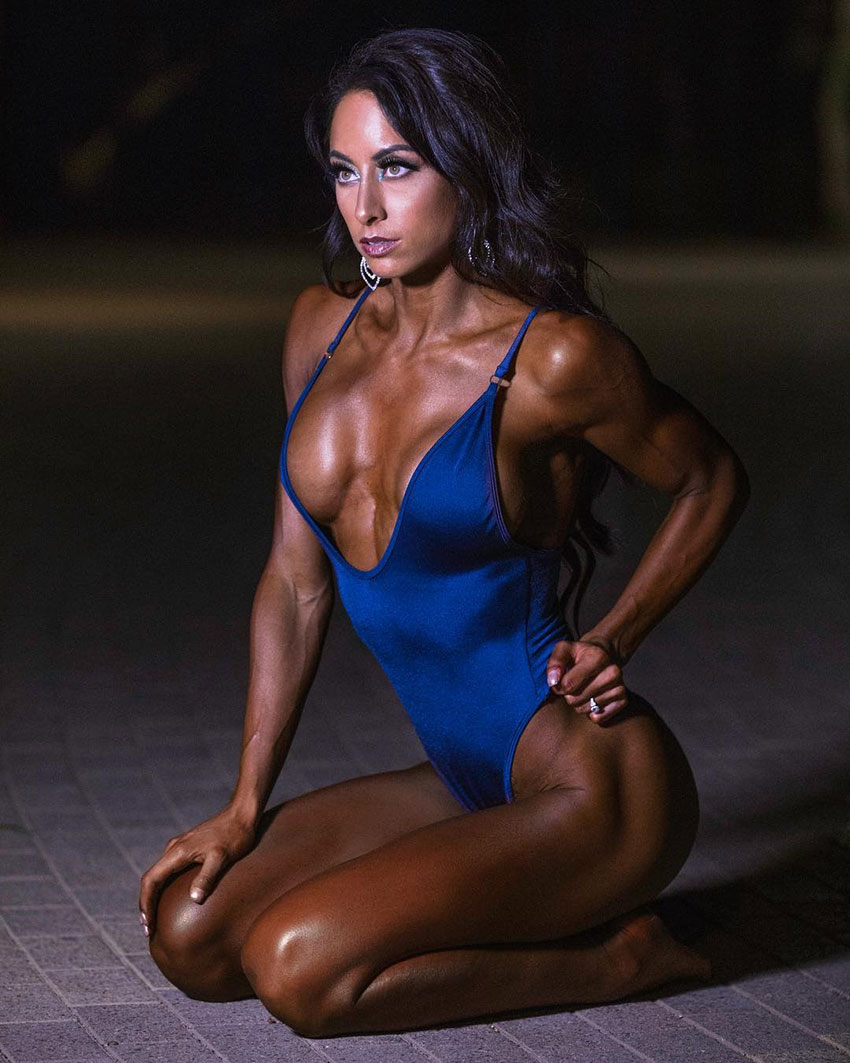 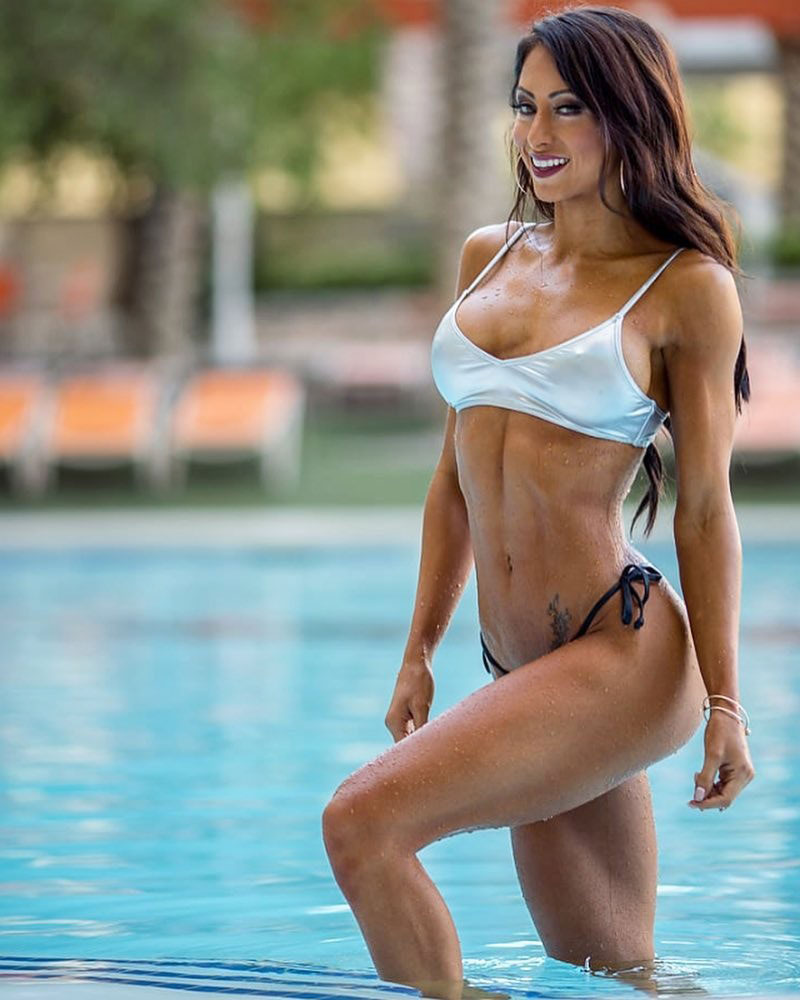 Casey Samsel was born in Bloomsburg, Pennsylvania in 1989. Throughout her entire childhood, she built a passion for competitive sports. She ran track, played soccer and threw javelin – highlighting her love for an athletic lifestyle.

After leaving high school, Casey didn’t want to say goodbye to her sporting days, so she became more involved in running. It was one of her greatest passions – made even stronger when she met her boyfriend, who also had a love for running.

Two years on, Casey relocated to New Jersey with her boyfriend. It was at this point, she began training hard in the gym to build upon her athletic physique. Soon enough, Casey found herself being complimented on her figure.

It was at this point, she was urged to compete on the bodybuilding stage. Casey jumped at the chance, quickly realizing that this was something that could take her fitness journey to the next level. Recalling this moment, Casey stated:

“It was in a local gym that I was told I should compete in the NPC. I found myself training for my very first show and within weeks entered into my first competition in the bikini division”. 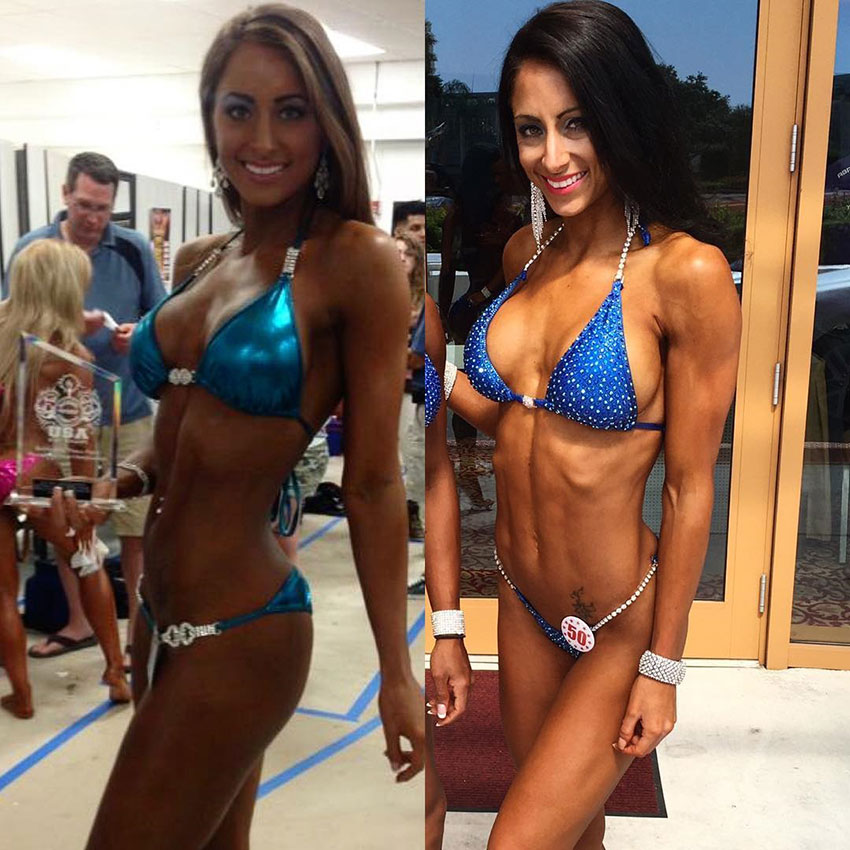 Casey at one of her earlier competitions compared to one of her later ones.

Road to Her Pro Card

Casey was determined to find success as a bikini competitor. But, she wanted to do it by herself – without the guidance of a personal trainer. This proved the enormous strength of character that she had to keep moving on in her fitness career.

The NPC Garden States in 2013 was Casey’s first competition. After just a few short months of hard work in the gym, she was able to earn a 1st place finish in the novice category. This emphasized her dedication, desire, and passion to reach the goals that she had set for herself.

Fast forward to 2014, Casey was able to build upon her success on the bodybuilding stage, earning her Pro Card at the North American Nationals competition. This was the highlight of her career, being one of her proudest moments to date.

Obtaining her Pro Card offered Casey a platform to keep pushing forward. Eventually, she reached the Mr Olympia stage in 2017, where she stormed to a 4th place finish – emphasizing how far she had come in her fitness career.

After coaching herself to success on the bodybuilding stage, Casey began taking guidance from personal trainer Kim Oddo. Upon earning her Pro Card in 2014, she realized that this was the way forward – allowing her to keep pushing herself to achieve more success.

Casey was able to establish herself as a successful bikini competitor. But then, she realized that she wanted to help others achieve their fitness goals. As a result, she became a fitness coach and personal trainer – helping others reach their potential in fitness – just like her. 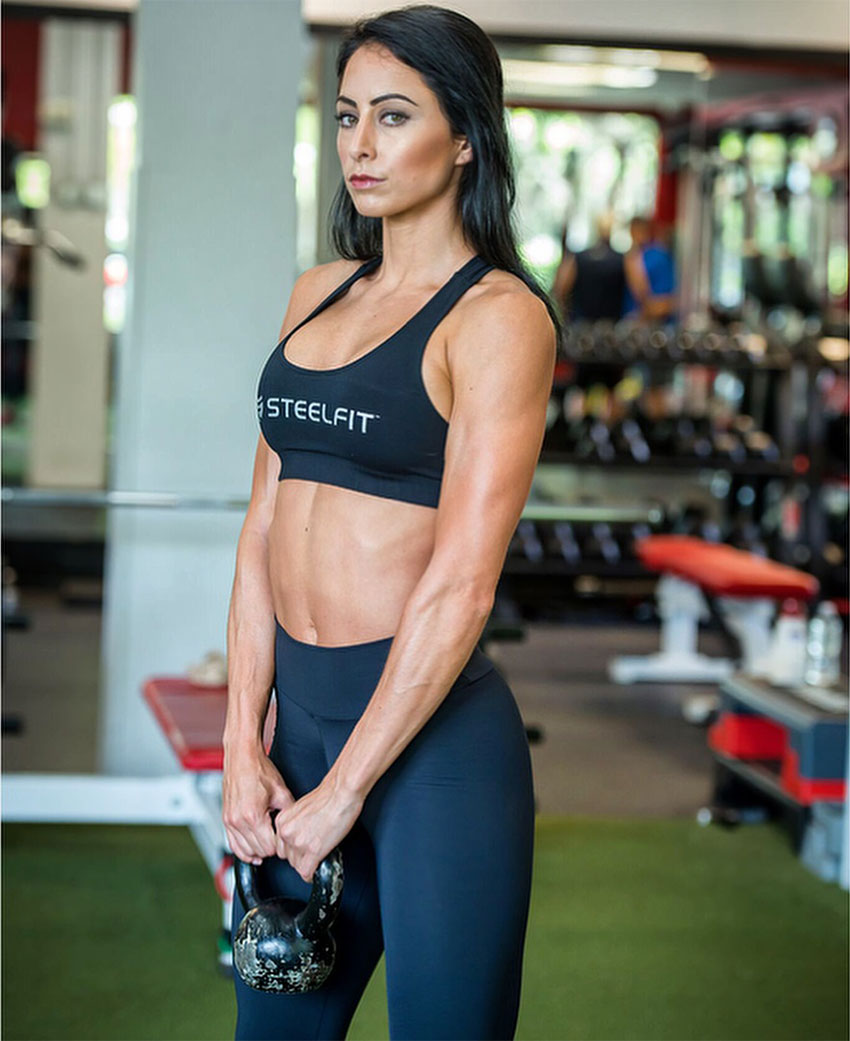 Casey aims to remain in peak condition all year round. To achieve this, she works out 6 times per week in order to continually build upon her phenomenal physique.

Casey regularly sets herself new goals so that she always has something to aim for. Preparing for competitions allows her to achieve just that, stating the following regarding her love for a challenge:

“I am always motivated to be better than I was the day before. My goal is to lift heavier, run faster, eat better, and think straighter. I always like a challenge. Every prep is a new challenge to present my physique lean and conditioned perfectly”.

Casey lists shoulders and glutes as her favorite muscle groups, placing particular emphasis on training these body parts. Her training split looks something like this: 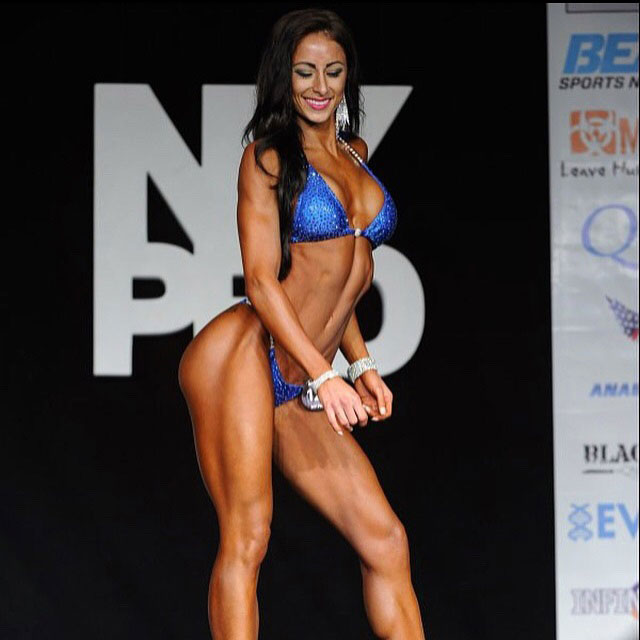 Casey uses flexible dieting (IIFYM) in order to eat a wide variety of foods in her daily diet. At the same time, she sticks to her macronutrient goals. These are adjusted depending on if she is cutting, bulking, or maintaining her body weight.

However, when preparing to appear on the bodybuilding stage, Casey becomes more strict with her diet choices. At this point, she switches to staple bodybuilding foods such as the ones listed below: 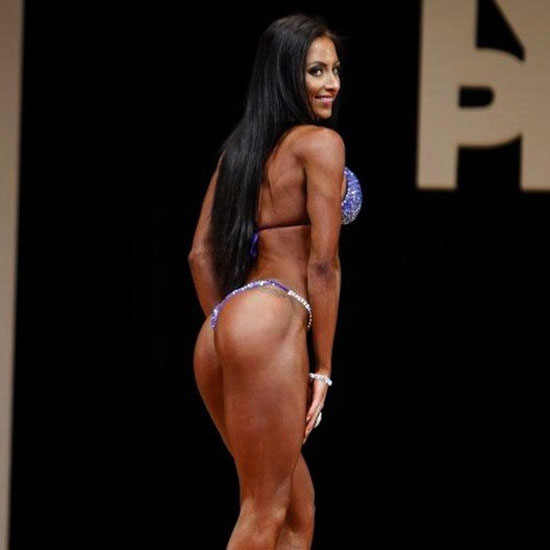 Casey grew up with a very self-motivated mindset. Because of this, she was able to become a professional bikini competitor under her own guidance. Here’s Casey talking about her motivations and inspirations:

“My motivation is myself. I was never good at much growing up and I certainly found something that I’m good at. Doing well with bikini competitions has made me love the process. All of the dieting, hard workouts, preps, and show preparation keep me motivated! I look up to many fellow IFBB Pro Bikini competitors, but there are also some NPC competitors that keep me inspired to do what I do everyday”.

Casey initially created a great physique without the influence of a personal trainer, as it was Casey’s wish to achieve success on the bodybuilding stage by her own accord – so she did just that.

However, By 2017 Casey wanted to take things up a level. It was at this point, she began working with personal trainer Kim Oddo. He kept Casey on target to achieve more in her fitness career, allowing her to reach every goal she set for herself as a bikini competitor. 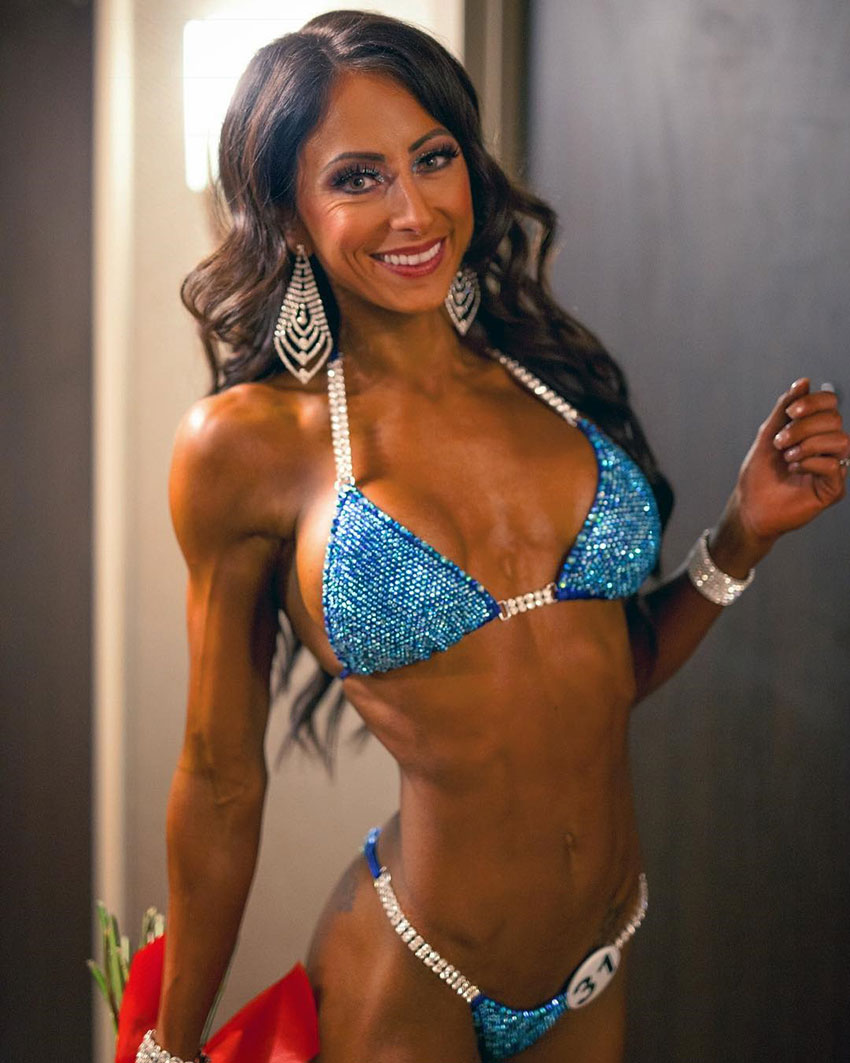 What we can learn from Casey Samsel

Casey Samsel was able to build upon her passion for fitness – turning into something so much more. In the process, she became a successful bikini competitor, earning her Pro Card in 2014, just over a year after turning to the bodybuilding stage.

Eventually, she became a personal trainer and fitness coach. From this point, she was able to help others follow in her footsteps – guiding them on the road to success in fitness.

What we can learn from Casey Samsel is that through hard work and determination, she was able to self-coach her way to success. At the same time, taking full advantage of the support of her loved ones – enabling her to keep pushing forward.

Hello! Thank you for this entire project! However, I would like to mention that Kim and I didn’t start working together until 2017. 2016 was my year to succeed by my own training, failures, lessons, and triumphs!