Bonnie Schroeder is a powerlifter based in Davenport Iowa. As of 2016, she has competed in numerous competitions throughout her state, and is constantly on the rise both with her powerlifting total and overall popularity.

Bonnie is one of the growing faces of female powerlifting, and demonstrates that you can be both strong and aesthetic.

Not only is Bonnie a respected competitor in powerlifting, she is also a certified USAPL coach, encouraging others to both take up and exceed at the sport. Aside from lifting heavy, Bonnie does a lot of functional and athletic training by indulging in both CrossFit, and track and field. 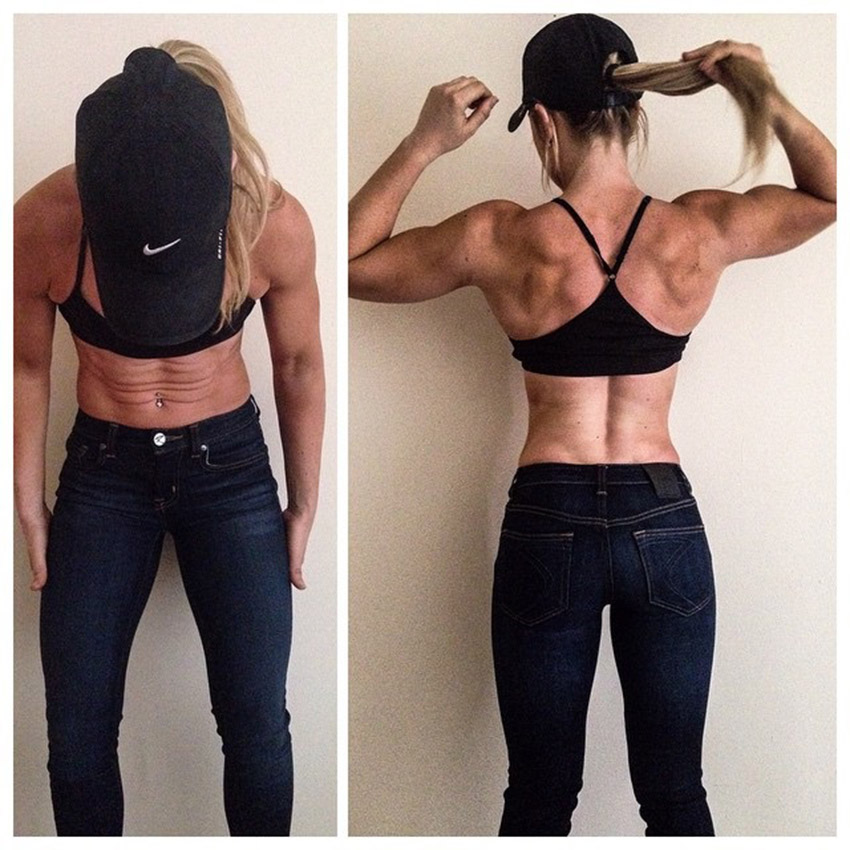 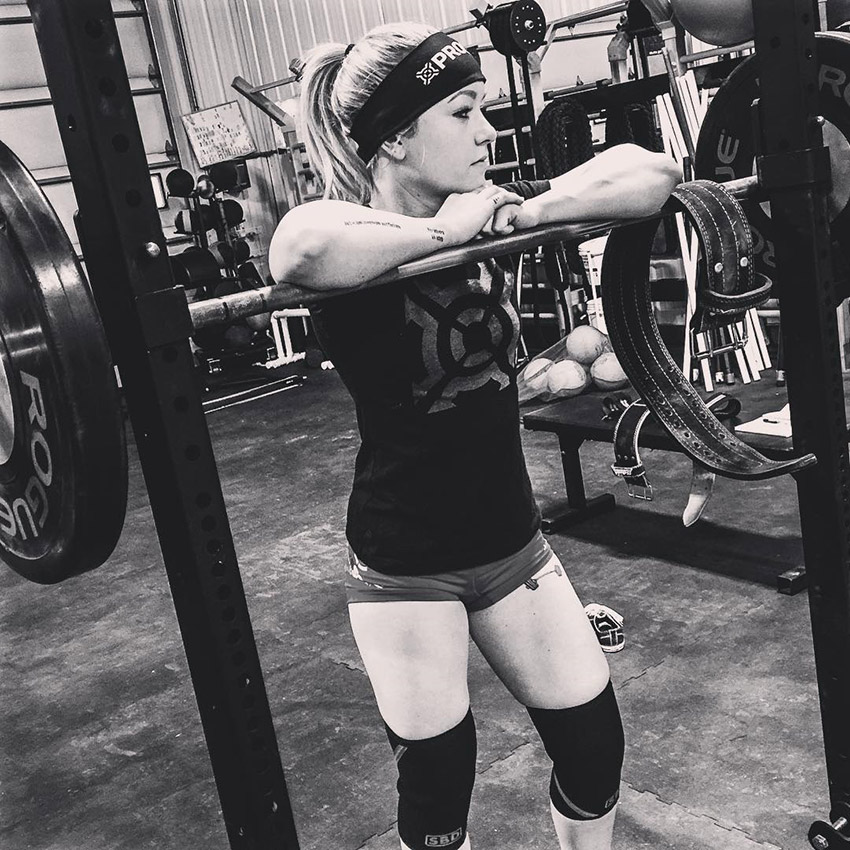 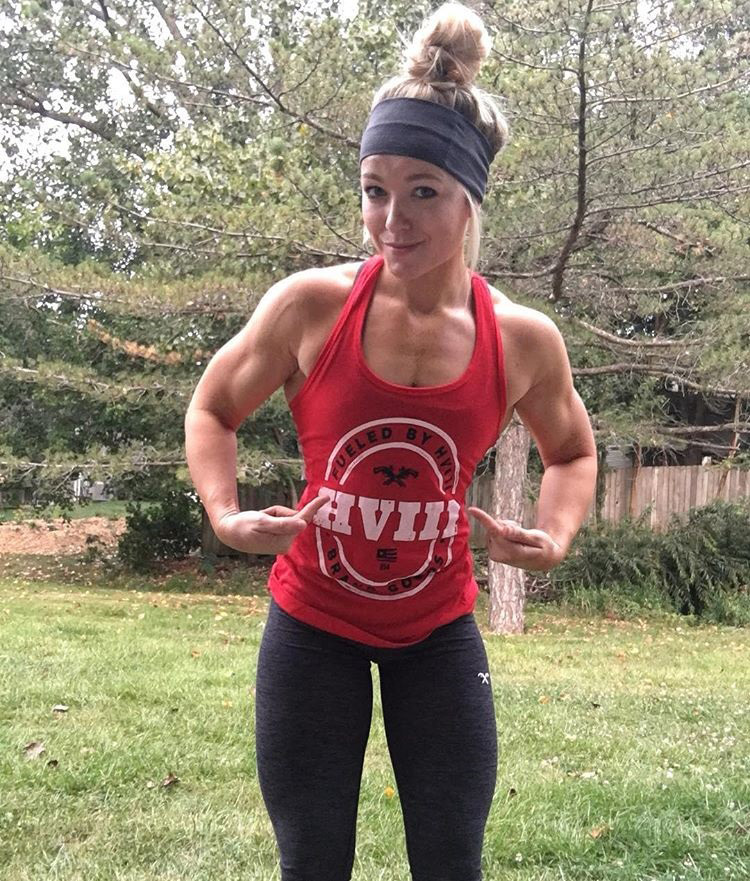 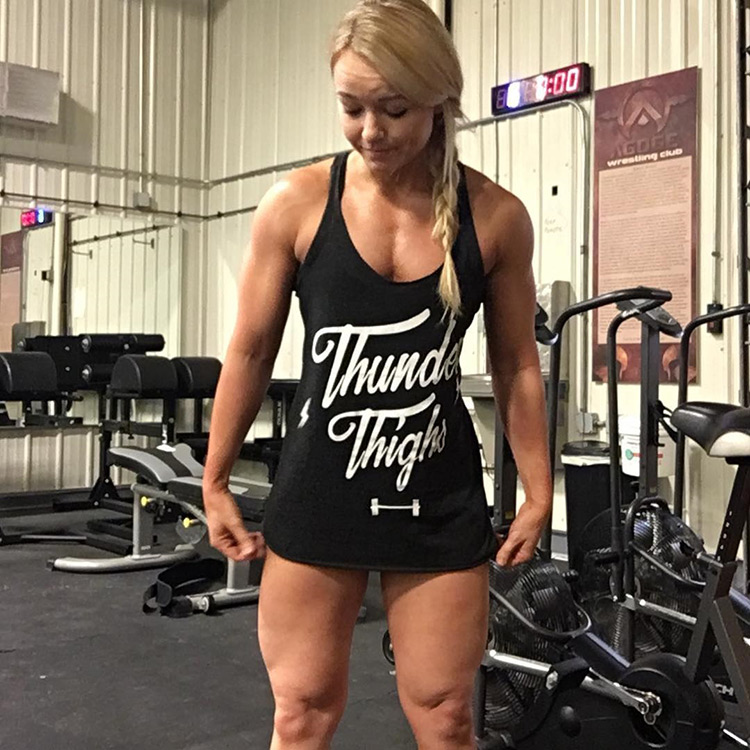 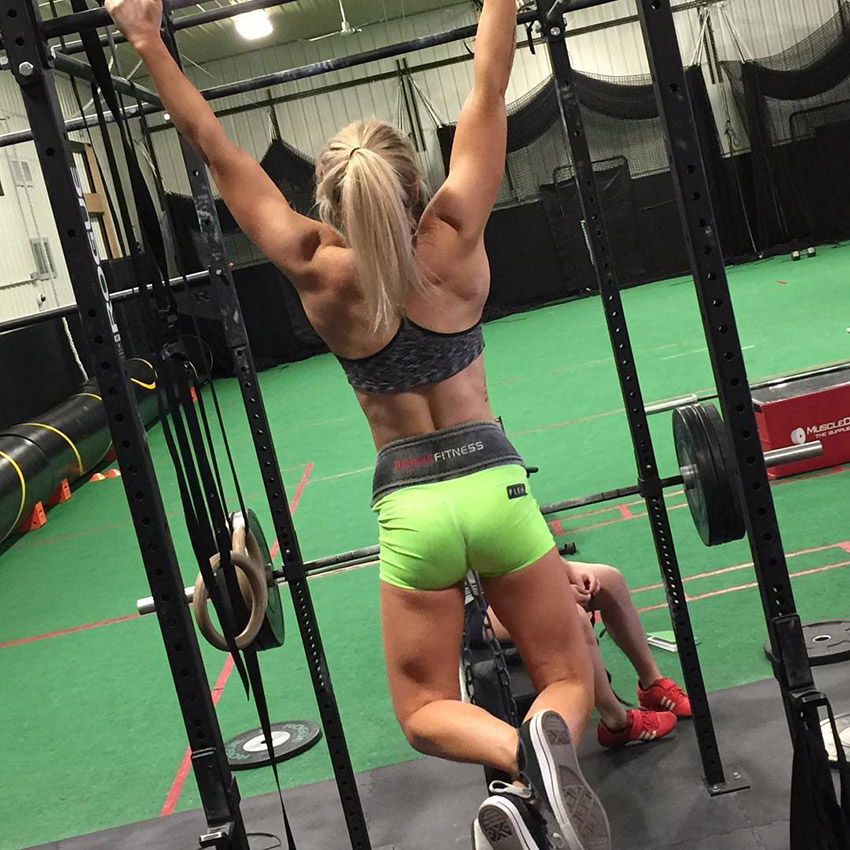 “The only thing standing between you and your goal is the bullshit story you keep telling yourself.” 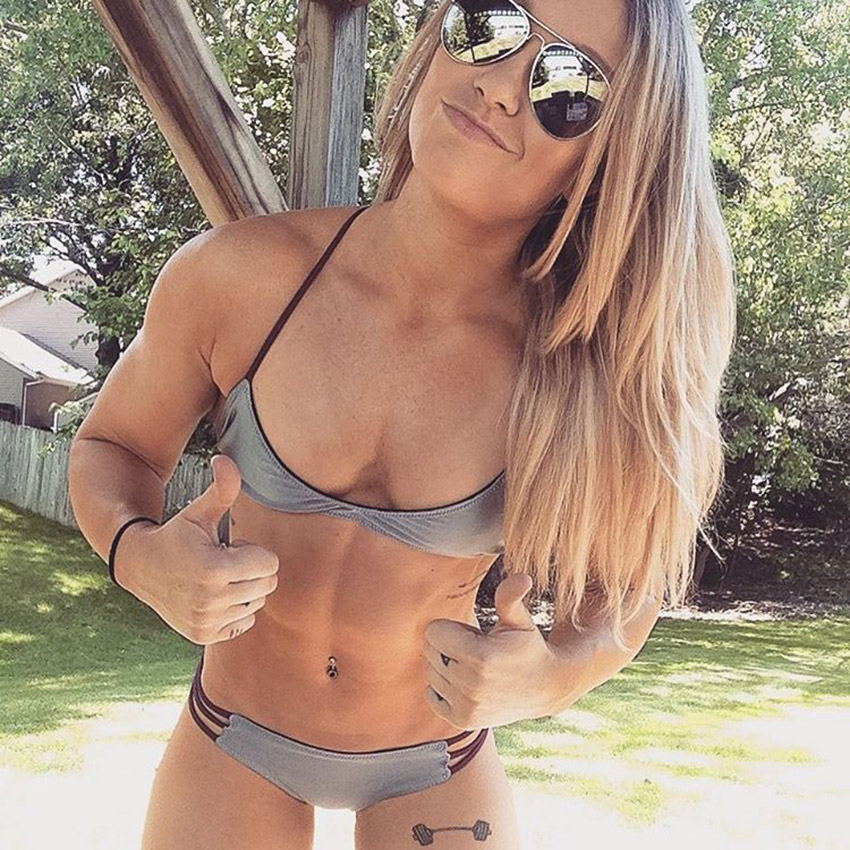 In the beginning of Bonnie’s fitness journey, she’d “run for hours” and always aim to keep her body fat as low as possible. This was Bonnie’s way of life, which continued for many years. That’s until she discovered powerlifting.

Here’s Bonnie talking about her transition from running to weightlifting:

“I was constantly running miles upon miles and obsessing over being ‘lean’. I was, like many others, laboring under the misconception that ‘skinny’ was the only way to be attractive, appreciated by society, and definitely the ONLY body type that I wanted. Any women out there that can relate?

This idea is constantly haunting many women, assuring them that if they gain pounds, touch heavy weights, or eat those extra carbs, they will unavoidably ‘bulk up’ or look ‘manly’. Well what if that didn’t have to be the case? What if there was something that could actually make you fall in love with your body?  And what if I told you the answer is as simple as finding a barbell?”

Picking Up The Weights

After letting go of what society thought Bonnie was ‘supposed‘ to look like, she finally started to feel like a new person in the weights room. She left the running life behind in exchange for a pair of converse trainers.

Bonnie explains that weightlifting is more than just building muscle or losing fat, but more about the act of lifting weights itself;

For me, it was that easy. Once I finally turned in my running shoes for a good old pair of converse, I found my home. It was different at first but the change was inevitable. Powerlifting was challenging, addicting, and incredibly humbling. As time went on and as I fell deeper in love with the sport, I started to care less about the weight on the scale and so, SO much more about the weight on the bar.

As Bonnie moved away from her ‘cardio‘ way of life, into a slower and steady weightlifting approach, she also let go of her body image ‘issues‘. As Bonnie said;

“It simply didn’t matter anymore if I gained or lost five pounds because the weight on the bar was only moving in one direction.

Powerlifting has completely reshaped my idea of what kind of body I want and what I have to do to get there. I am proud to have quads, traps and lats that make men jealous. I am proud of what this body is capable of, and I am amazed by its power and potential. None of that would have ever happened if I hadn’t gotten my hands on a barbell.” 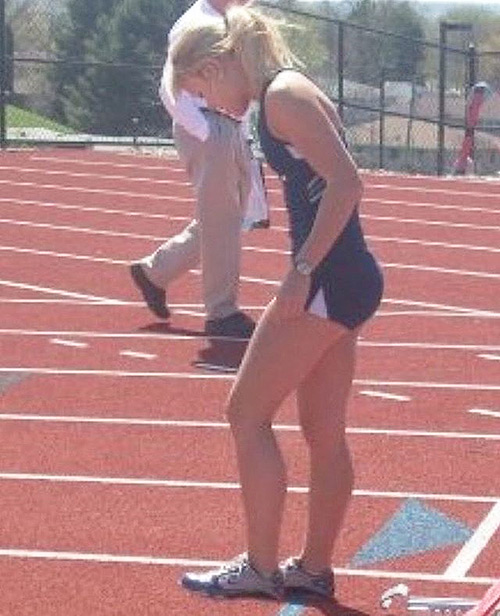 Bonnie Schroeder before her weightlifting journey.

Here’s a tiny bb Bon circa 2009. 21 years old and maybe (?) 110lbs here. If you would’ve told me at this point in my life I needed to gain weight I would’ve been very uncomfortable. I also would’ve called you crazy if you told me in the future I’d be deadlifting almost 400lbs. Now fast forward to 2017 and I’m walking around 15lbs heavier and almost to that goal. Bodies change depending on your goals and THATS OKAY. Thank you powerlifting. 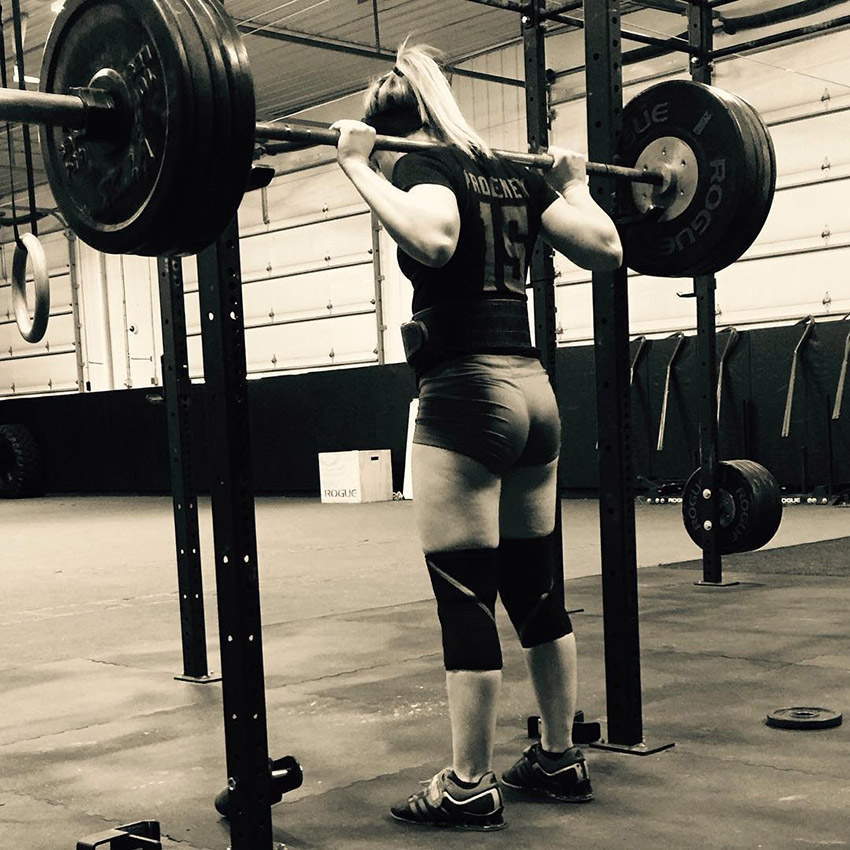 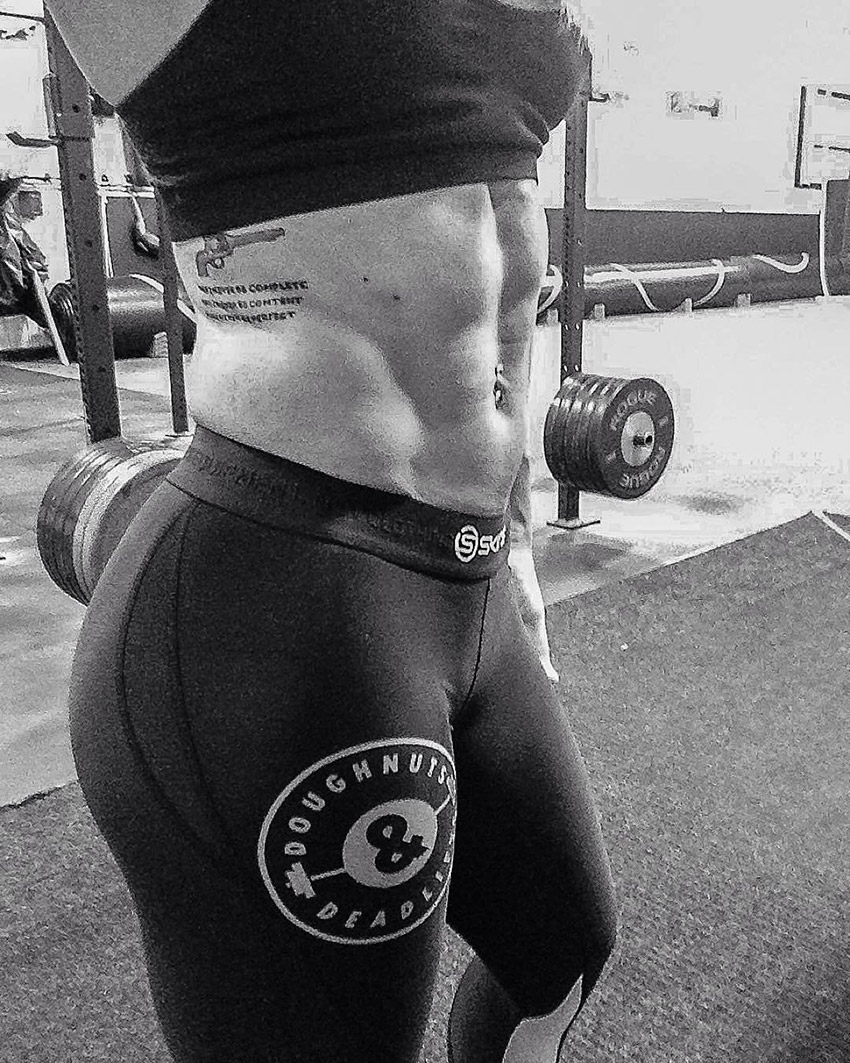 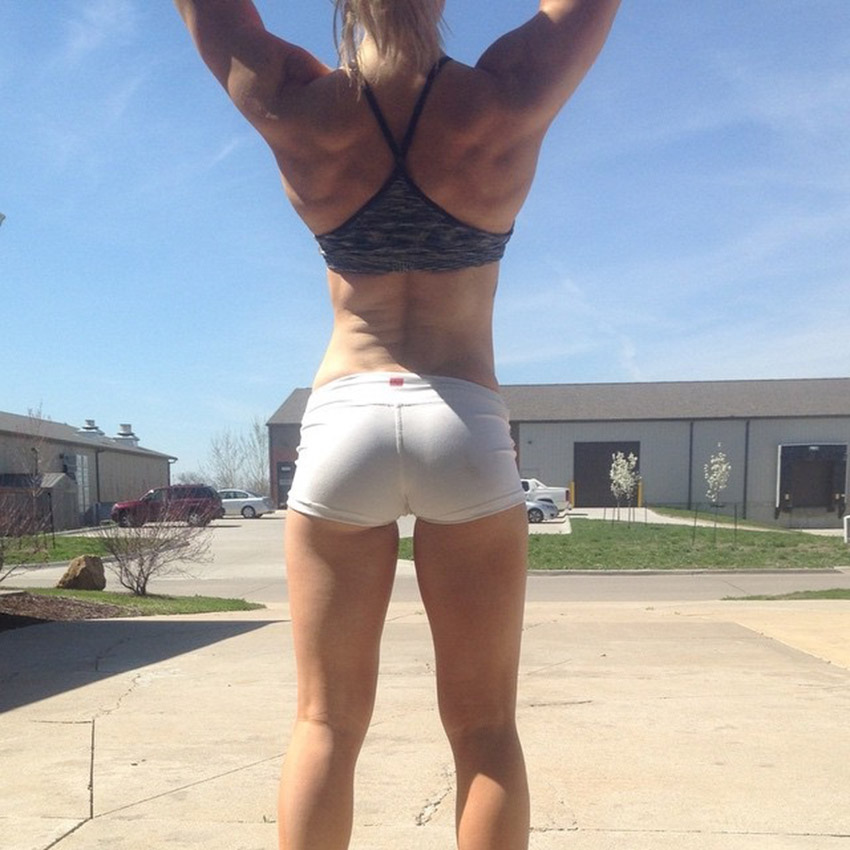 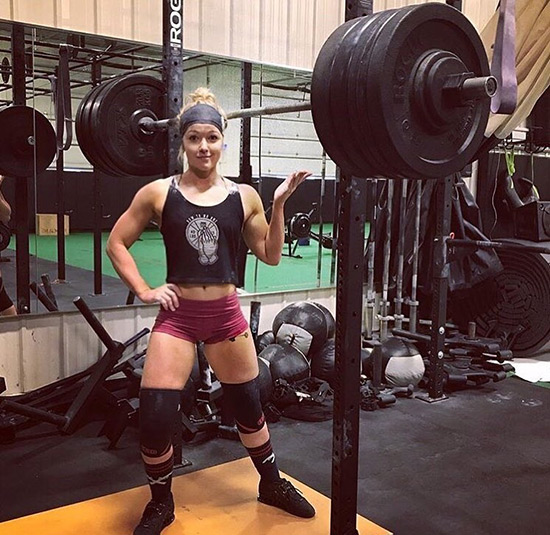 What we can learn from Bonnie Schroeder

What we can learn form Bonnie Schroeder is; you shouldn’t hold back if your goals are different to what society deems as normal, or acceptable. If you’re passions is to lift heavy and gain muscle, then that’s exactly what you should do.

Bonnie spent years worrying about how ‘lean‘ she was, that was until she let go of her ‘fears‘ and jumped into weightlifting full-time.

With a lot of hard work and persistence, Bonnie made herself into a strong role model for women, and men all over the world.

Here’s Bonnie talking about going after your dreams;

“I urge women to dig a little deeper and do some research. I encourage you not to be held back by stereotypes or any form of media saying what women should or shouldn’t do for exercise. Don’t let yourself be limited by what you think society wants to see because your body is not built for their opinion.

Lose the concept that women’s bodies are just meant to be looked at because you have SO much more potential than you think. Step out of your comfort zone, work hard, and the body you want will follow.”

Ok. I use translate and will be good ok?

I am new user and i would to ask you. If i want talk with use shoutbox – it is possible? 🙂

Yes, you should be able to use the comment section to leave a message.