After rising in popularity when she won the 2007 Ms. Figure America, Ava Cowan became one of most popular individuals in the fitness industry, and since then, she’s achieved some extraordinary accomplishments.

However, Ava wasn’t always a picture of strength as she is today. She fought with shyness and low self-esteem for the better part of her life, and used weightlifting as a way to escape the negativity.

After many years of struggle and sacrifice, Ava built an incredible physique and has worked for numerous modeling agencies. She’s also become a successful figure competitor, winning many prestigious shows and overcoming problems from her past. 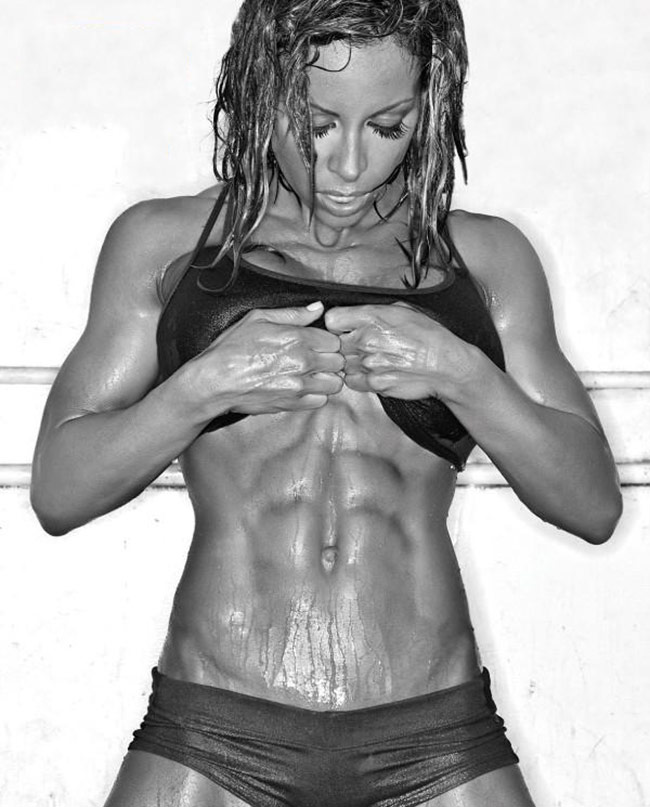 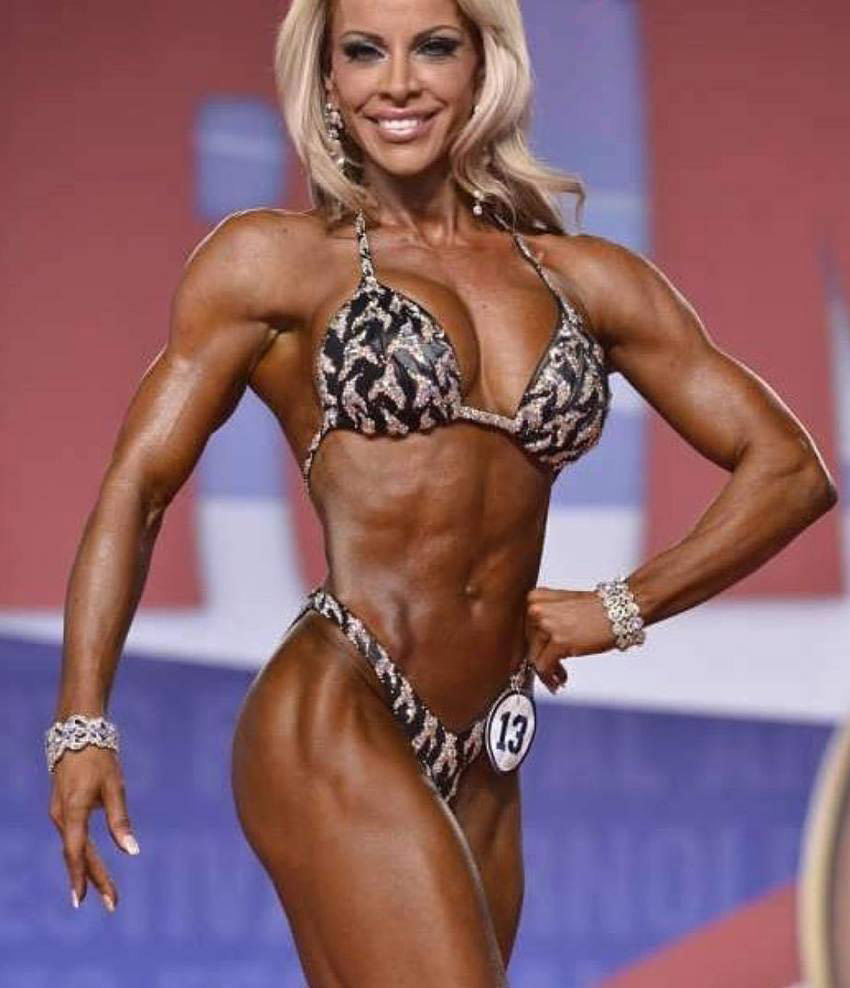 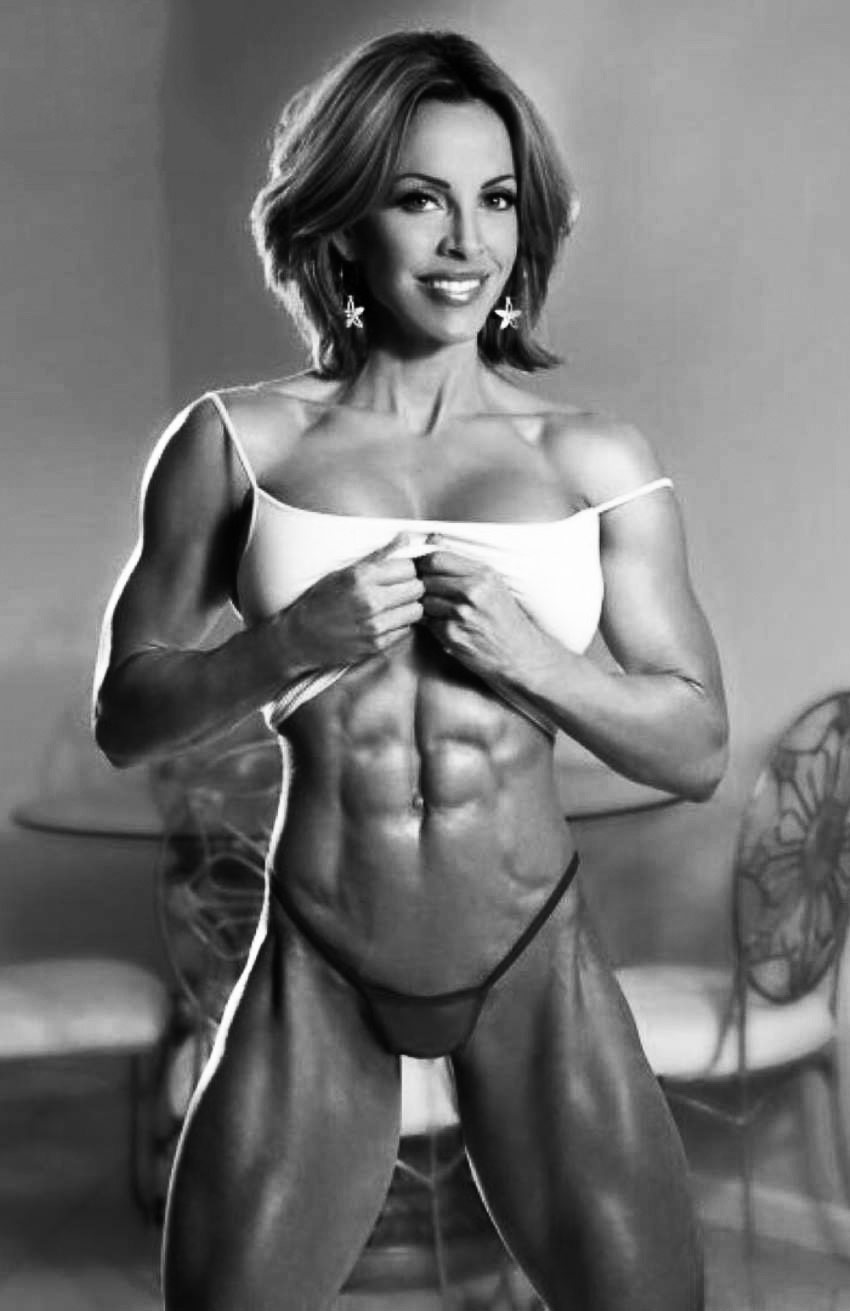 “This path I have chosen forces me to push myself beyond anything I have ever experienced in my life. And because I am forced to grow every single day, I am finally becoming the woman I was always meant to be. I’m not there yet, but I will be and I know it.”

Originally from Ridgecrest, California, Ava Cowan has always been on the move as a child. Her mother had a job that required constant moving from one place to another, and it made Ava’s life both exciting but uncomfortable.

Growing up, Ava’s desire was to be an acting and modeling star. She would participate in various acting classes and her teachers would often comment on how natural she was. By the time she turned 19, Ava moved from Sacramento, CA to Los Angeles in pursuit of her acting career.

Ava said, “that was my first passion. Actually, my first love was acting”. When she moved to Los Angeles, Ava was determined to succeed in her acting career. However, after a few years of continuous rejection from many auditions, Ava said she took a break from pursuing her childhood dream and started contemplating other options.

After 16 months of rigorous training, Ava learned everything there was to know about dieting and training, and was finally able to become a fitness coach.

She learned a lot during that time, and after coaching numerous clients, Ava became interested in weightlifting. According to Ava, throughout her whole acting career, she would always look at magazines and admire fitness models she saw on front covers. However, it wasn’t until Ava learned more about strength training and nutrition that she realized, she could also become like one of the fitness models she saw in the magazines.

Ava had issues with low self-esteem at some points in her life, and said how she started going to the gym with a goal of becoming more confident in herself. As the months passed, her body started to change, and Ava said she quickly fell in love with weightlifting. By that point, her motivation quickly went from impressing others, to seeing how far she could push herself.

It wasn’t long until Ava became interested in becoming a fitness competitor. She hired a coach and started working on her diet and in the gym.

After that competition, and for the next 3 years, Ava competed in 5 more shows and won them all. First, it was the 2007 MuscleMania Model America Championships, where she defeated other top figure competitors.

After the MuscleMania show she continued with an incredible series of results by winning the 2009 MuscleMania Universe Weekend & Expo, the 2009 NPC Eastern USA Bodybuilding Fitness & Figure, and the 2009 NPC National Bodybuilding, Bikini & Figure Championships, where she won her Pro Card exceeding everyone’s expectations.

Ava also competed at both the 2011 and 2013 IFBB Arnold Classic shows, placing 3rd and a respectable 7th. Besides the Arnold Classic, she took part at the 2012 IFBB New York Pro, and came in 2nd place, establishing herself as one of the best figure competitors from 2011-13.

Ava was quickly recognized for her achievements, and it wasn’t long before her popularity blew up. She soon attracted a strong following who were inspired by her transformation and success in the fitness industry.

By 2007, Ava had already established herself as one of the leading fitness icons, by winning the FAME North American Championships.

She was often asked what it took to be a successful figure competitor, and this was Ava’s response; “You have to have thick skin and a relentless desire to succeed. You must be extremely competitive, but you must also be willing and ready to place last. It happens, and you better be able to take it, and take it and gracefully. That is a real champion. It’s easy to win and be happy, but can you lose and feel the same way? You’d better, because all eyes are on you.” – Ava Cowan 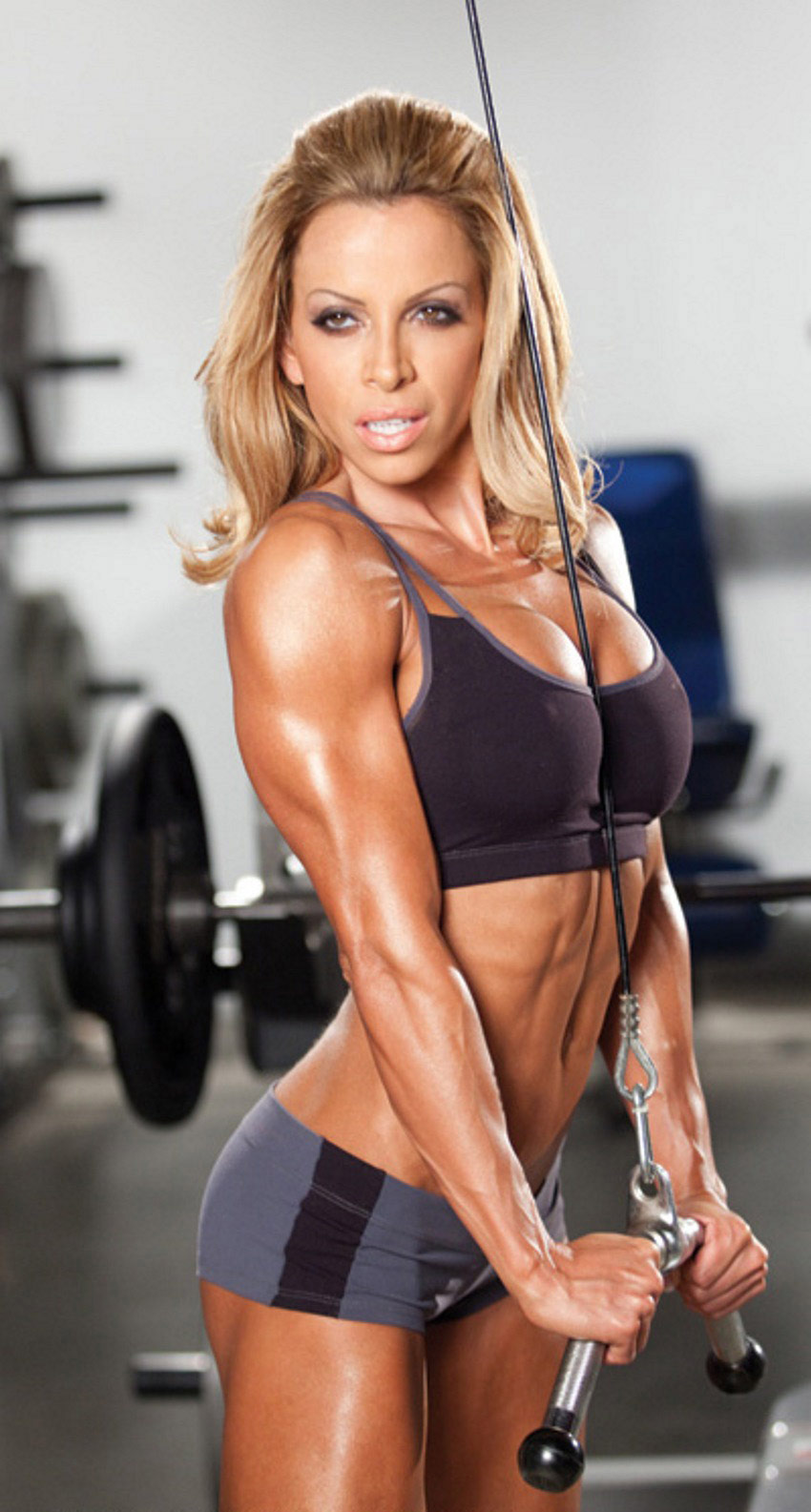 Throughout her bodybuilding journey, Ava has always been a huge advocate of compound movements. She believes that no isolation exercise can match bench press, squat, or deadlift.

Ava also attributed a lot of her success on the stage to these heavy compound exercises. However, she also stressed the importance of incorporating isolation movements in each of her workouts, as he believes they are a great way to finish off the workout and get more blood into the muscle.

During her preparations throughout 2011 and 2013, this is what Ava’s weekly workout routine looked like; 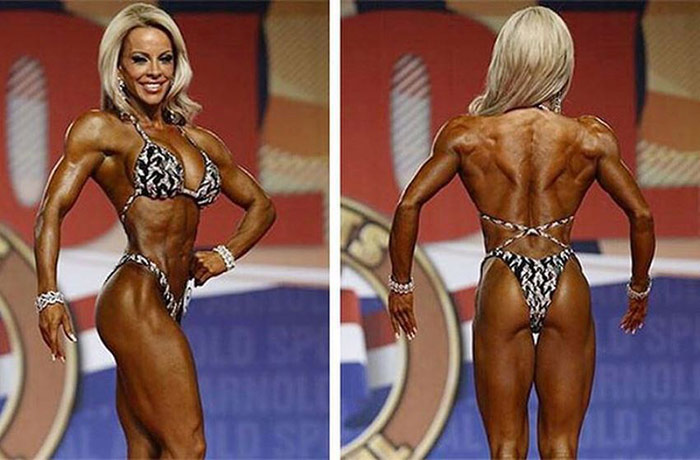 “I love sushi, dark chocolate, Mexican food and pizza, although I rarely eat any of them. As for healthful foods, I enjoy the basics, such as London broil and brown rice. If I’m eating a quality muscle-building protein along with a low-glycemic-index carbohydrate, I’m very happy.”–Ava Cowan

Ava is a strong advocate of eating different foods every day. According to her, she always cycles her carbs and never eats the same foods the day after. When preparing for a competition, Ava doesn’t drop water or sodium, as this helps her to feel energized and strong throughout her workouts.

However, she doesn’t add any salt to her food on show day, which helps her obtain a “dry-look”. However, in case she needs additional fullness on competition day, Ava will usually drink more water and eat a big packet of chips.

Ava advises eating every 2.5-3 hours, and according to her, this is the optimal time between each meal.

Ava’s Advice on Getting Lean Fast

This is Ava’s list on dos’ and don’ts when it comes to dieting.

This is a plan that Ava usually sticks to when preparing for a competition;

Ava is a big believer in supplements. According to her, it’s very important to have good supplementation along with a great diet. “It’s something that everyone who trains seriously should include”, advises Ava. 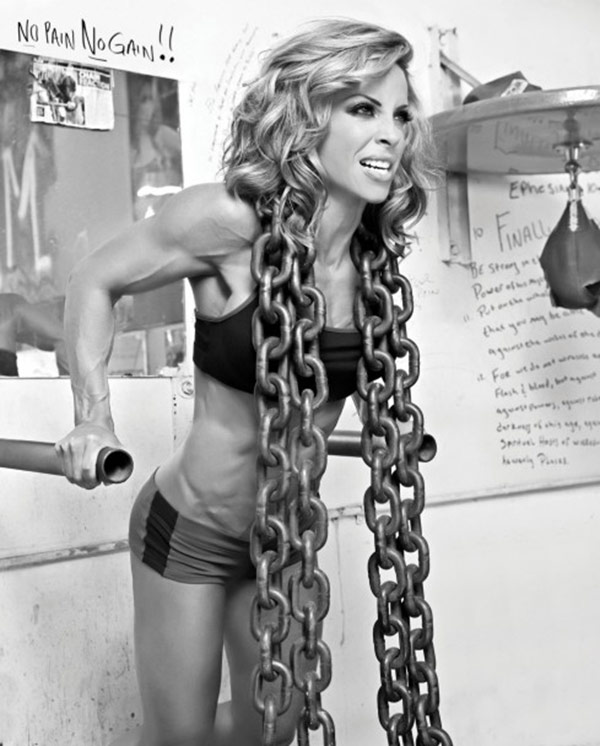 “My number one strength is that I do not give up—no matter what.”

Monica Brant is one of Ava’s main inspirations. According to Ava, Monica was one of the first female fitness models she saw in magazines, which gave her motivation to start working out.

Ava also mentioned her boyfriend, Eugene, as her main supporter and inspiration for bodybuilding. 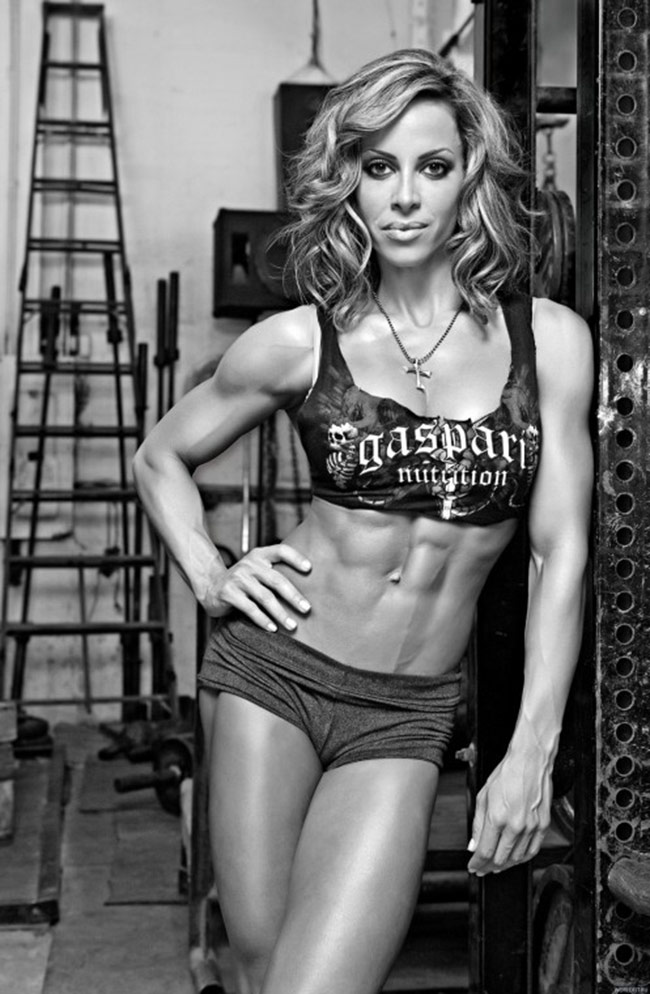 What we can learn from Ava Cowan

Ava Cowan has taught us the importance of staying fixed on a path despite the difficulties you may face in life. Her main strength is perseverance, and thanks to that, and many other virtues she possesses, Ava became a champion athlete.

She’s an example to follow for everyone when it comes to making our goals into a reality, and she’s proven that mental strength is far more important than just physical strength in life. By following her example, you too, could one day build an awesome physique and a mindset of greatness.

So she advocates “no dairy” to get lean, but her meal plan includes cheese and casein protein shakes?? Somebody’s lying…

“No dairy” right on. You my lady are just plain awesome. Well done.