From fitness enthusiast to professional Bikini Athlete, Ashley Nocera has sculpted one of the greatest female physiques in the world.

She began lifting weights at the age of 15 as a hobby. But by 19, she’d earned her Pro Card after winning her first ever competition. 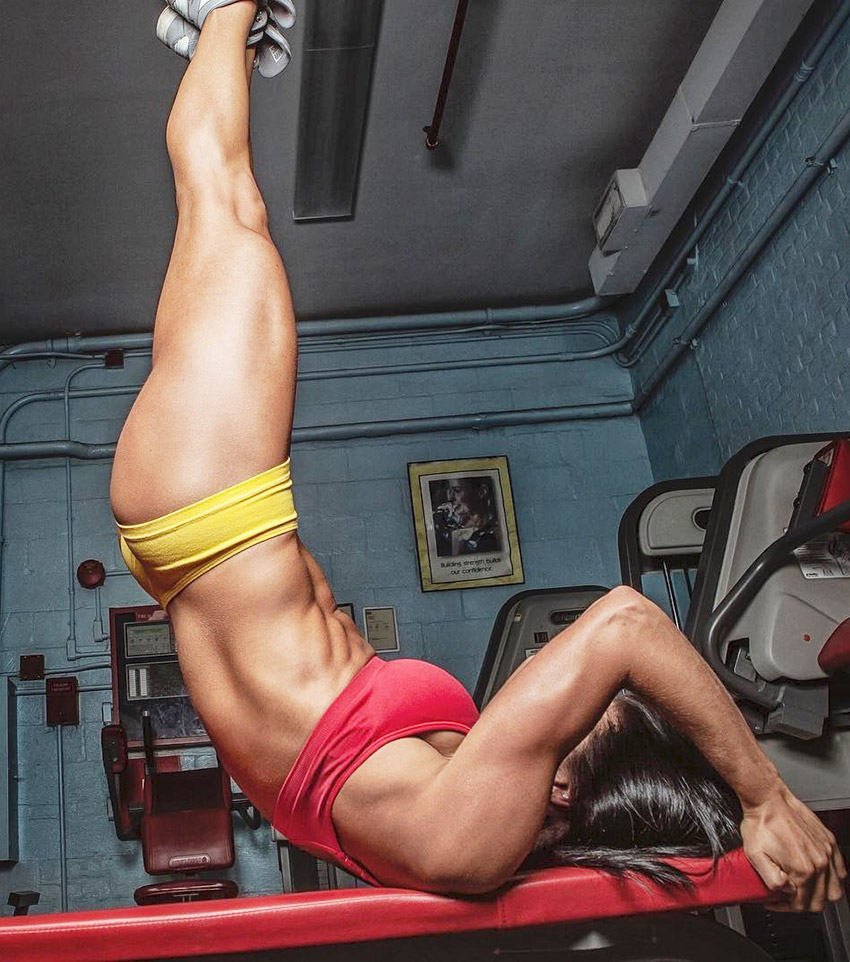 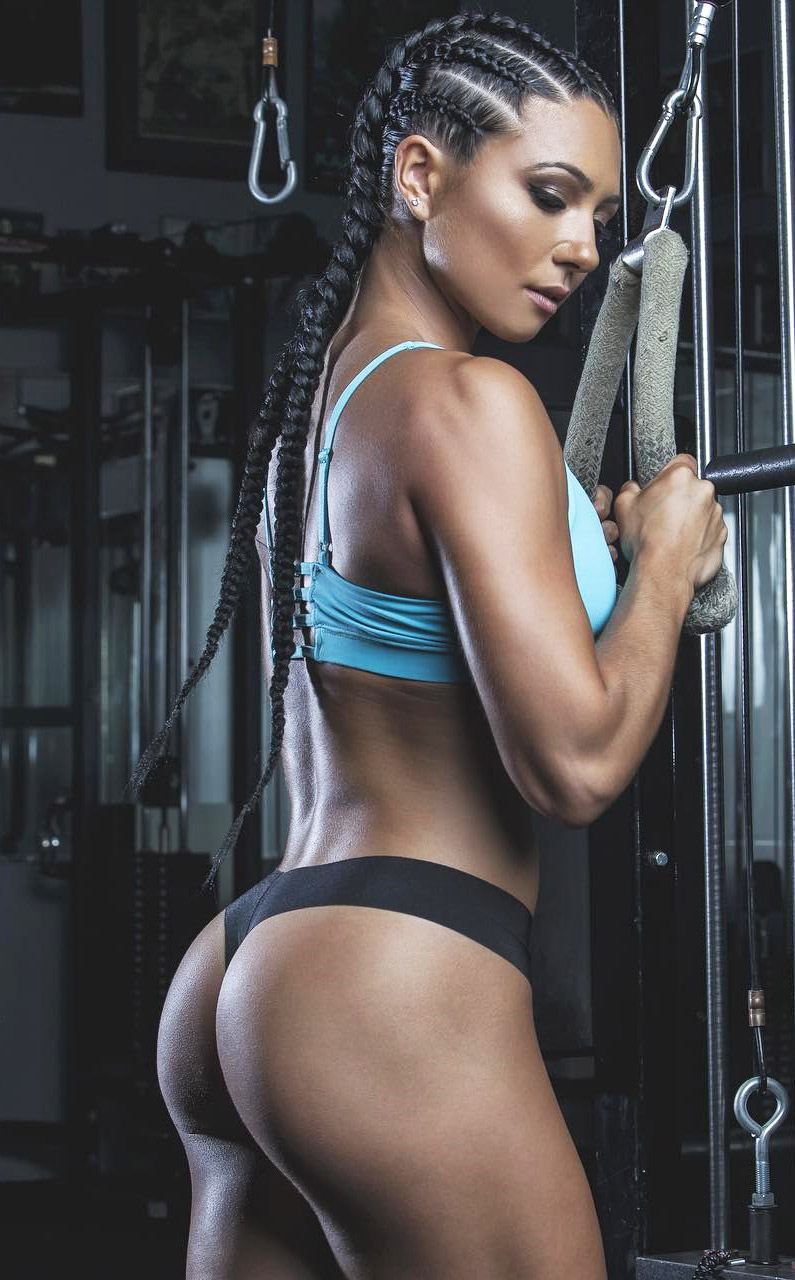 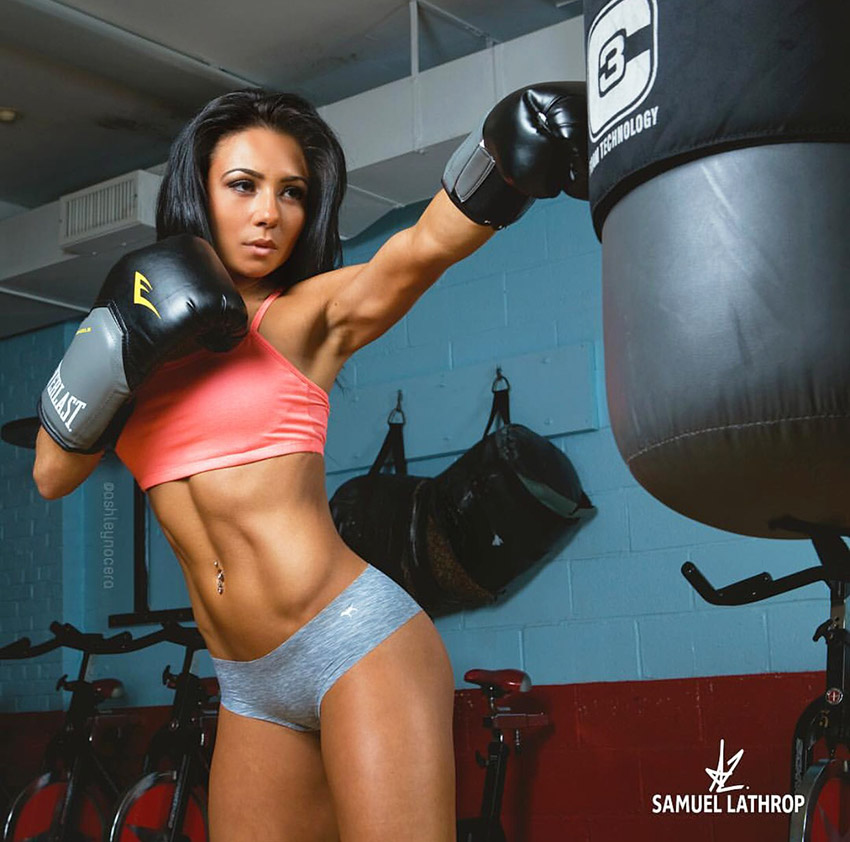 Even as a child, Ashley had a passion for fitness. She looked up to her grandfather who was a bodybuilder, fascinated by his muscle mass growing up.

At the age of 4, in 1999, Ashley began swimming and went on to compete at a high level. For the next 10 years, this sport became her life.

However, she never followed a balanced diet and hadn’t developed the figure that she desired. By the age of 15, in 2010, Ashley had become unhappy with her appearance. 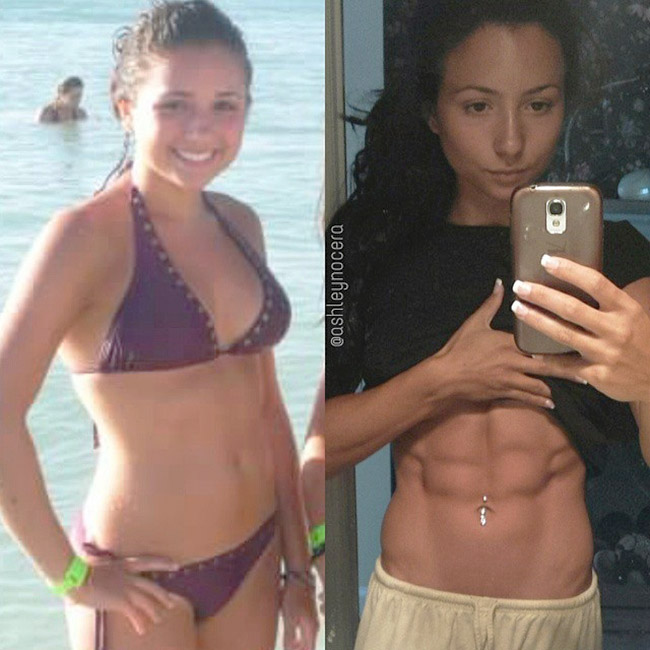 Ashley’s transformation: from 15 to 18-years-old

That same year, Ashley made it her goal to sculpt her dream physique and entered the gym. It was at this point that she started her journey into the world of bodybuilding.

For the next3 years, Ashley trained rigorously to realize her ambition, lifting weights whenever she had time. By 18, in 2013, through hard work and determination, she’d built an aesthetic physique.

After seeing her progress, Ashley had fallen in love with fitness. She wanted to take her passion further and set her sights on competing. 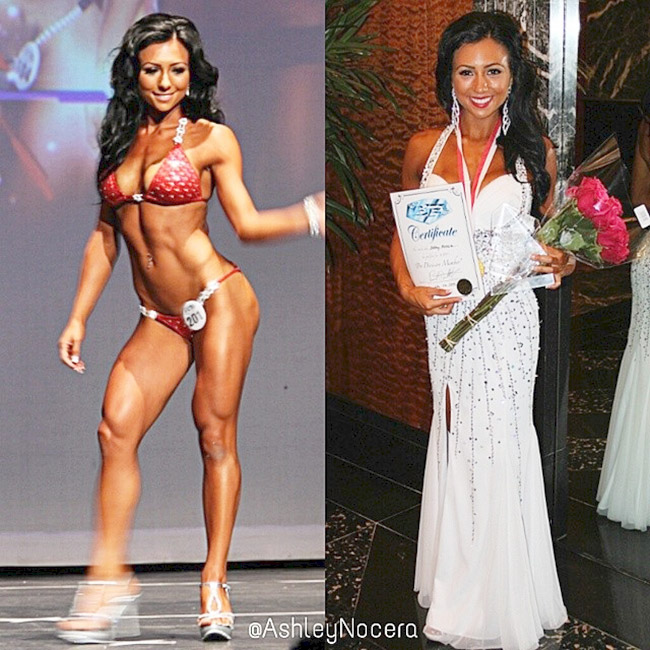 Ashley earning her Pro Card at the 2014 WBFF NYC Championships.

A year later, Ashley had achieved a physique capable of competing. She was finally ready to enter her first contest.

She walked on stage for the first time at the 2014 WBFF NYC Championships. Her strict diet and intense training paid off, impressing the judges with her aesthetic figure.

Incredibly, she walked away with the trophy in her debut show. But that wasn’t all – she’d surpassed all expectations and earned her Pro Card simultaneously.

By the age of 19, Ashley had become a professional Bikini Athlete. 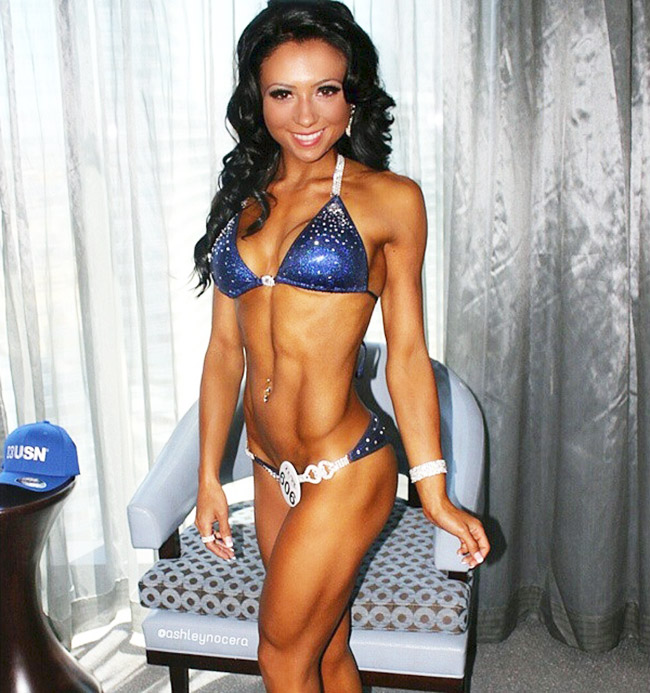 Through her victory in the New York show, she’d qualified for the 2014 WBFF Las Vegas World Championships. A few months later, she entered her second contest.

Although she didn’t win, she placed a respectable 7th in her first professional competition. She spent the rest of the year developing her body, preparing to compete with other professional athletes.

In 2015, she returned to the WBFF World Championships. She improved on her previous performance by placing 5th. 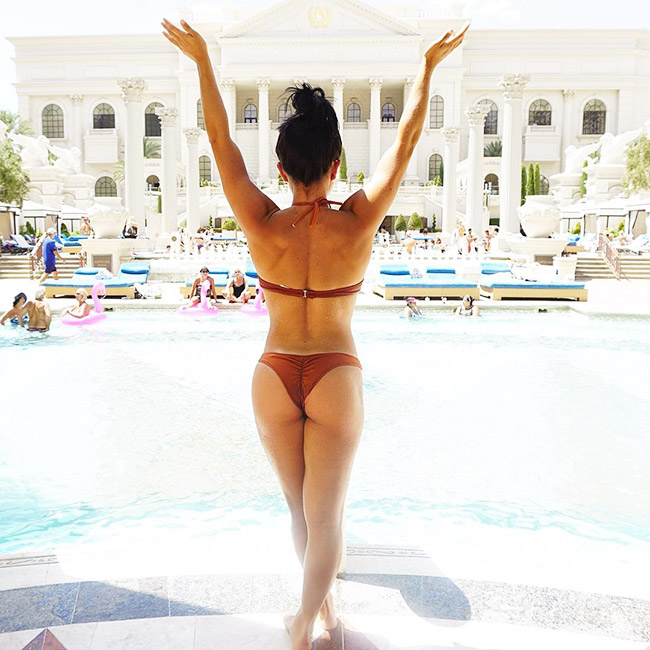 With every show that she appeared in, Ashley gained more recognition for her great physique. It wasn’t long until she’d attracted a mass of followers on social media.

By 2016, at 21-years-old, Ashley had become an online sensation. She’d become the inspiration for many fans around the world, being admired for her incredible figure. 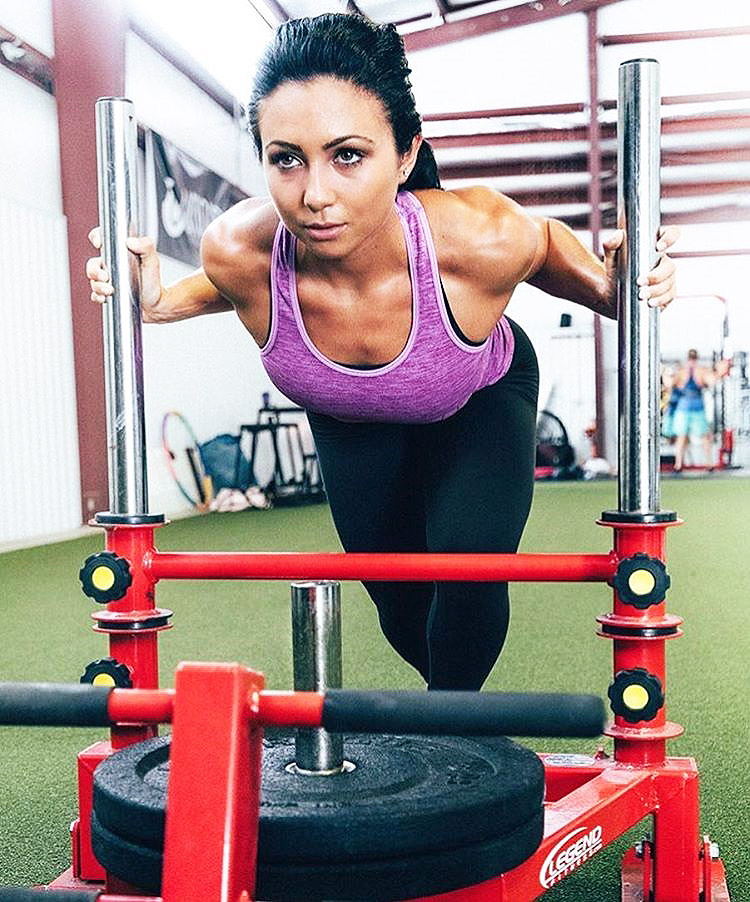 Ashley trains 6 days per week to maintain and develop her amazing physique. She performs high reps in sets of 3-5 depending on the exercise.

She splits her workouts into lower body and upper body sessions. In terms of cardio, she enjoys HIIT in short 1-minute intervals on the treadmill and stair master. 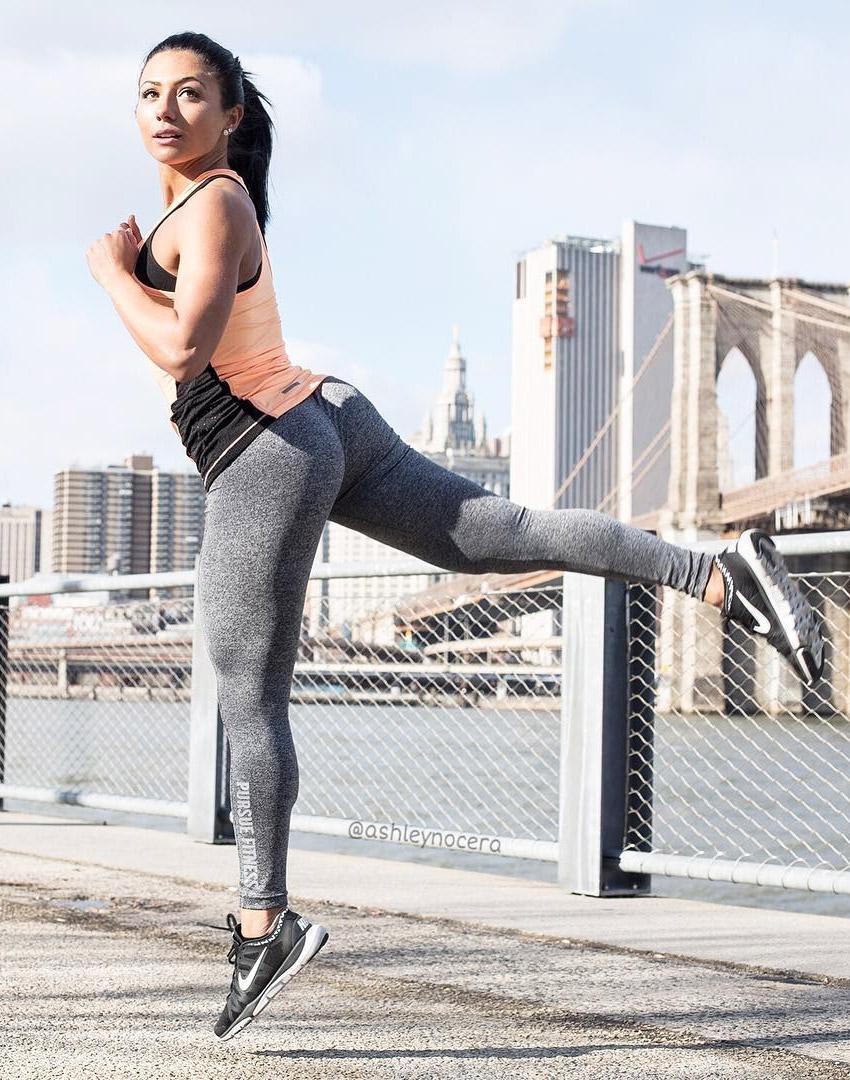 She aims to build muscle while keeping a low body fat all-year-round.

Inspired to reach your true potential? Read our review on how fat burning supplements can really up your game! 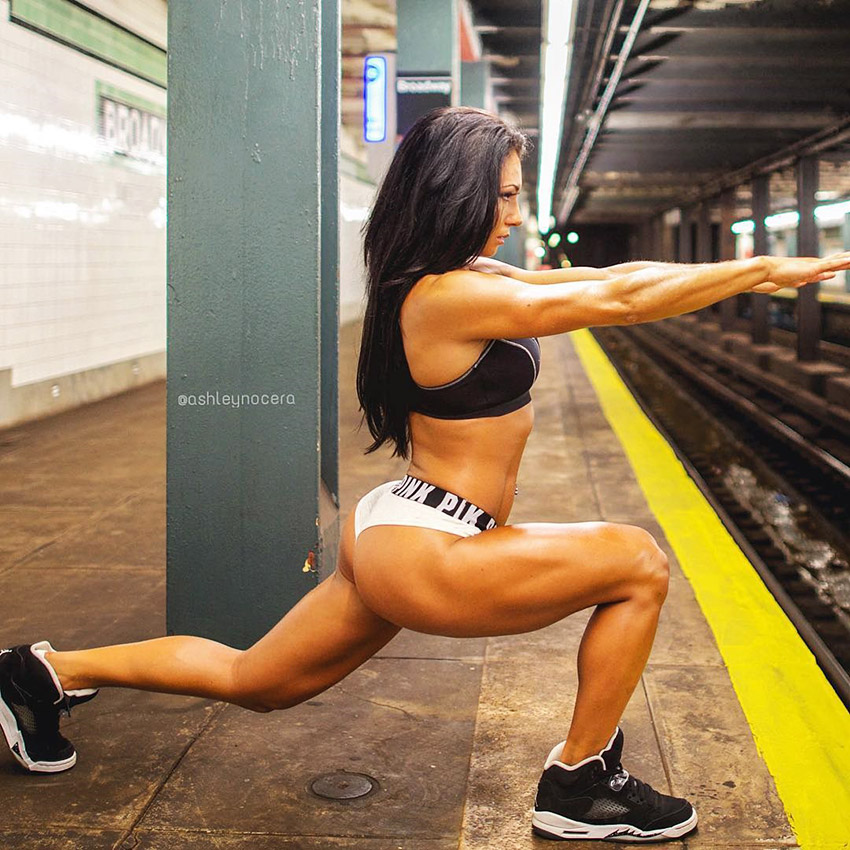 Ashley has inspired many fans around the world to begin their fitness journeys. However, she names her grandfather as the inspiration behind her success.

Her grandfather was a bodybuilder while she was growing up, and he shared his passion for fitness with Ashley. 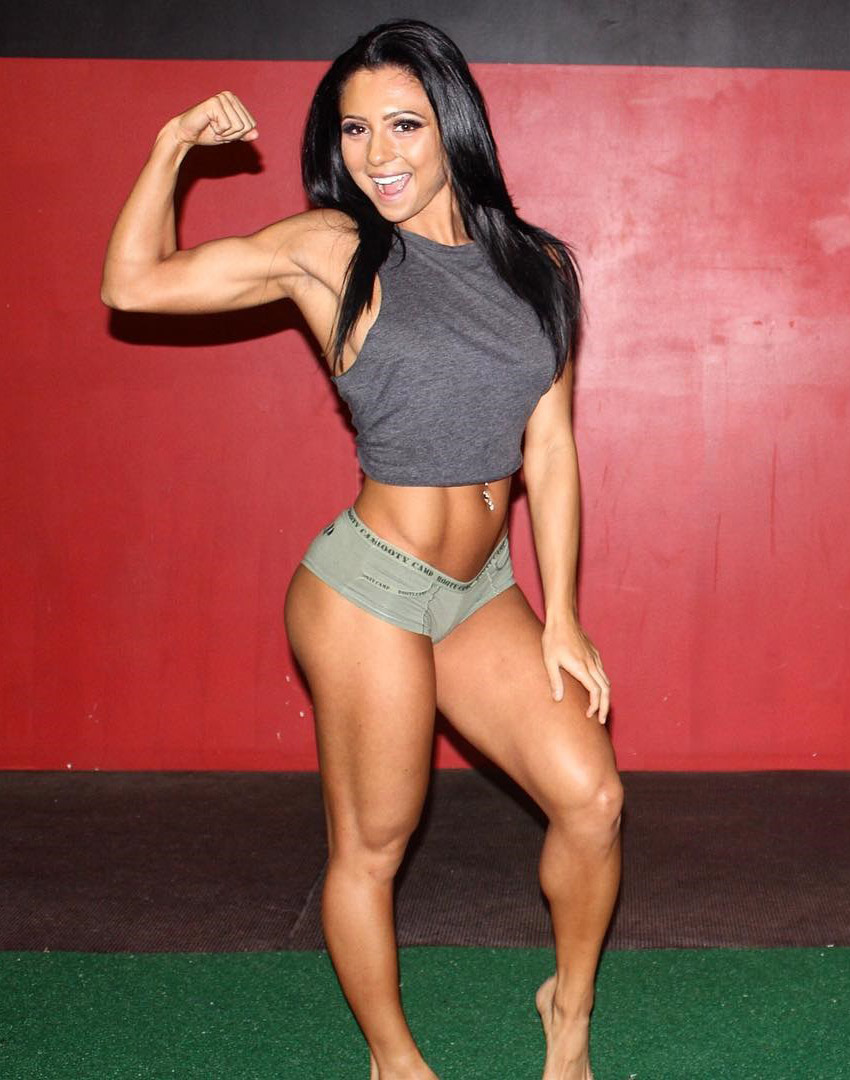 What we can learn from Ashley Nocera

Ashley has taught us to set our aim high and work hard to reach them. She began by fulfilling her ambition of sculpting an aesthetic physique, and then exceeded all expectations by earning her Pro Card by 19-years-old.

One thing we can take away from Ashley’s story is that hard work gets you results.

Your incredible as an MMA fighter you’ve done it the hard way and earn alot and your beautiful ?

Your An Inspiration To All . Hard Work Can Really Pay Off . 🙂 Well Done Super ☆ .

I watch all your videos you are strong really pretty.