Ashley Kaltwasser needs no introduction – she’s the first athlete to win 3 Ms. Bikini Olympia titles in the history of bodybuilding.

A naturally gifted athlete, Ashley began gymnastics training at 4 years old. After entering her first bikini competition at 23, she earned her Pro Card in less than 2 years.

She’s inspired countless fitness models and competitors, becoming an icon in the industry. But she worked hard to realize her dreams. 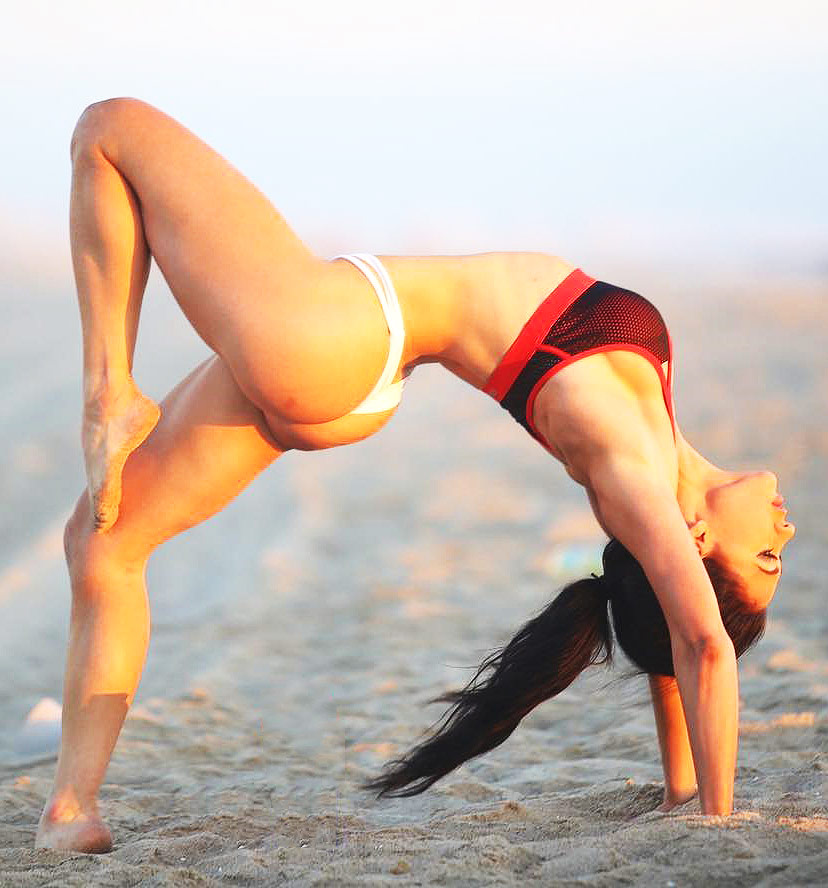 “Don’t get so wrapped up in placing or an end result. This is supposed to be fun and exciting experience.” 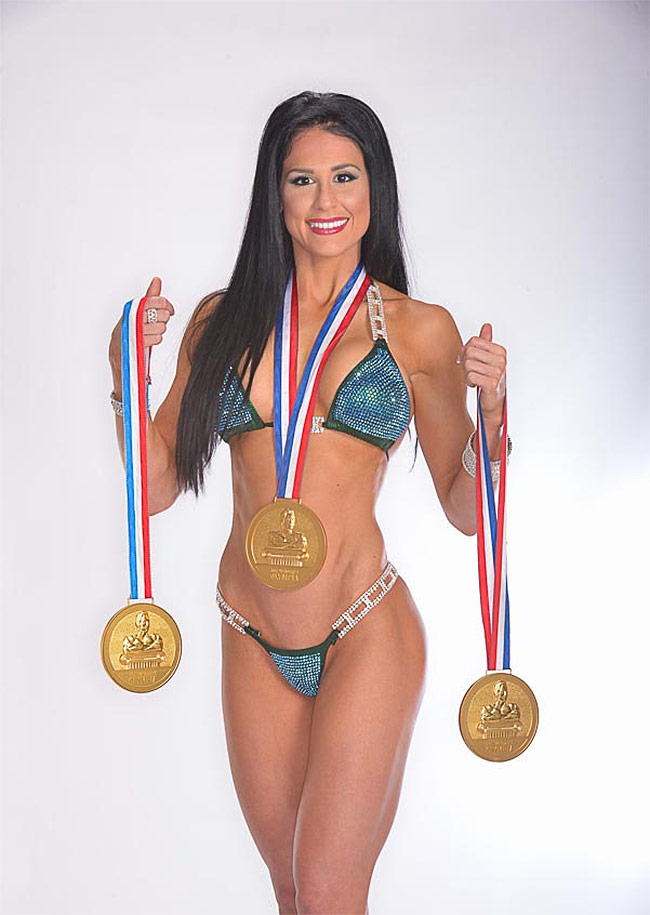 ” I won Ms. Bikini Olympia three times, but I want to inspire even more people to better their lives in health and fitness.” 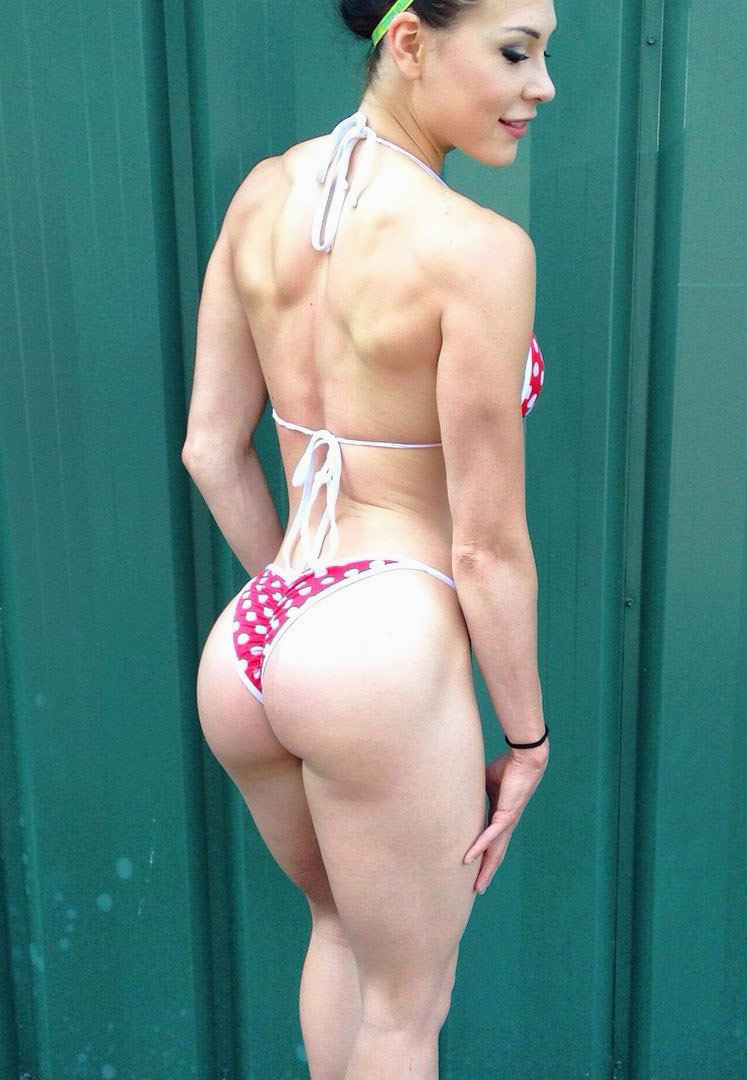 “I’m a former track athlete and grew up in the state of Ohio. Being an athlete I always knew how to work hard, practice was no joke”

Born in Akron, Ohio (USA), Ashley was very athletic growing up – since the age of 4, she took part in gymnastics, as well as track & field activities (hurdles, cross country and long-run).

Her glutes had developed after years of athletics, even before lifting any weights – This gave her the perfect base to sculpt her dream figure. 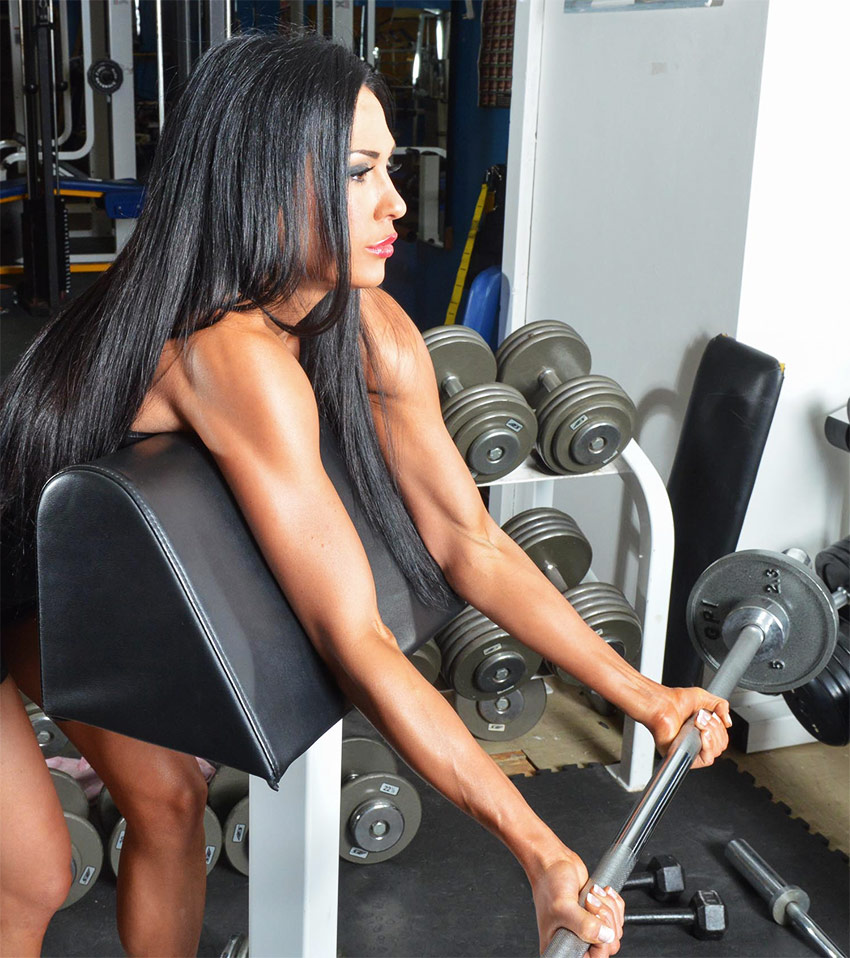 After graduating from college, Ashley went through her first period of inactivity – not training or competing at sport.

She became bored of her sedentary lifestyle, and came across the bikini division in bodybuilding shows. She was inspired by the great physiques of the athletes, and found the desire to compete.

In 2011, at the age of 23, Ashley set her sights on sculpting her dream figure and began lifting weights in the gym. 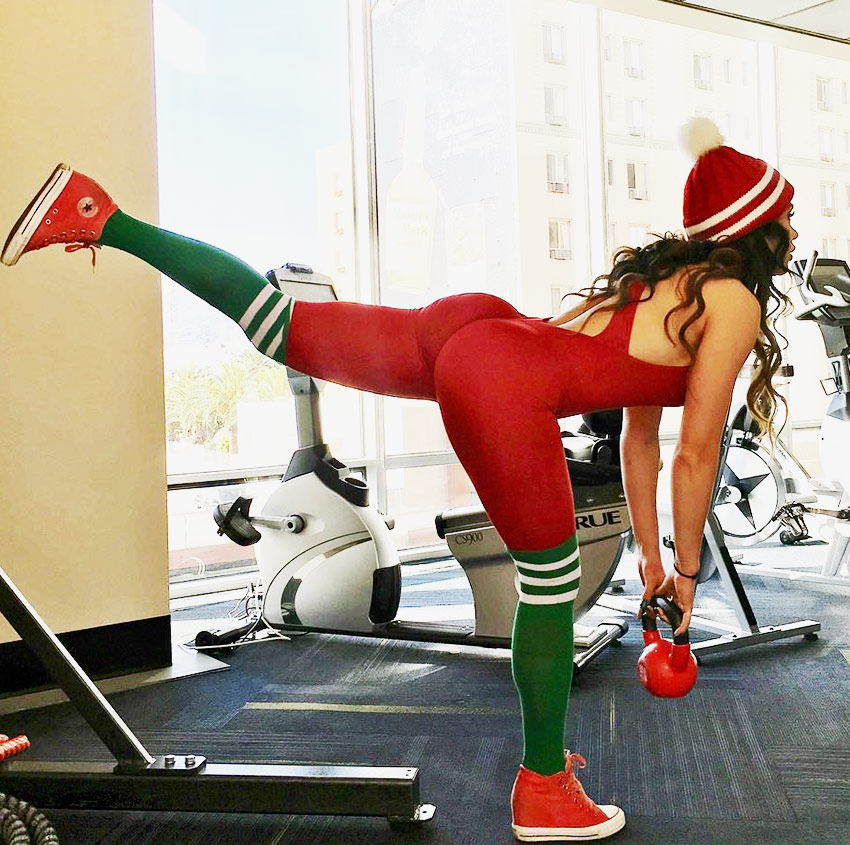 Ashley trained rigorously for 8 weeks, preparing to compete as a bikini athlete. As she was already in good shape to start with, it wasn’t long until she’d developed an incredible physique.

She stepped on stage at her first show, the 2011 Elite Physique, aiming to start her career successfully – and that’s exactly what she did.

Impressively, Ashley walked away with the trophy after being placed first, as well as winning the overall award. At this point, she realized that she had a future in the fitness industry.

Over the next year, Ashley entered a further 11 competitions, placing highly. But she managed to end 2012 with a milestone achievement.

After taking home the trophy and being awarded the overall in the 2012 IFBB Arnold Amateur, she made it her goal to finish the year with a Pro Card.

Ashley’s opportunity came in the 2012 IFBB Team Universe Championships. She managed to place 1st as a bikini athlete, but he
r biggest achievement at this point was becoming an IFBB Professional – she’d realized her ambition of earning her Pro Card. 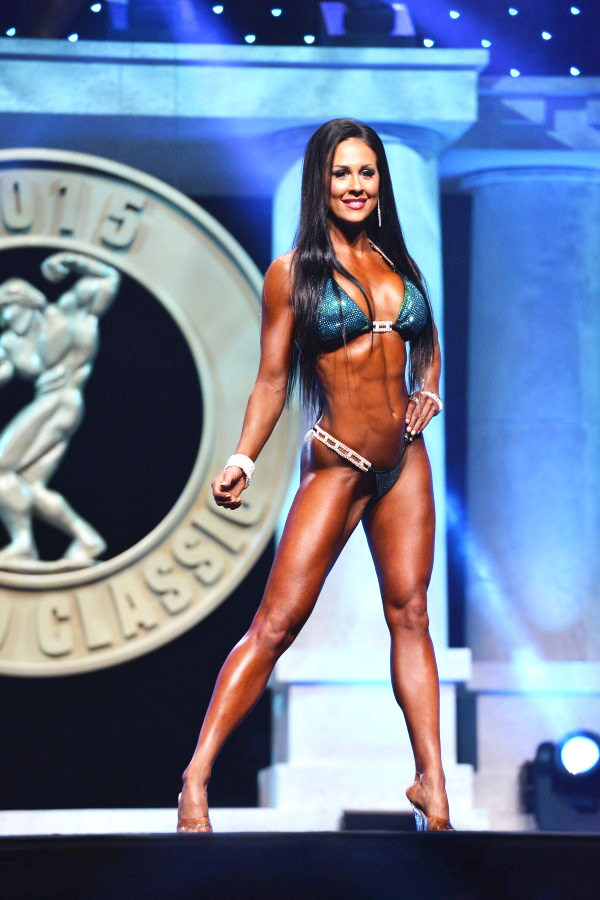 After a successful first year as a competitor, things only got better for Ashley. Over the course of 2013, she won 4 trophies and placed a close 2nd in numerous contests.

But by the end of the year, she’d reached another milestone – winning the most prestigious bikini show, the 2013 IFBB Ms. Bikini Olympia.

This victory gave her huge exposure in the industry. She began gaining masses of fans on social media, becoming one of the most recognized bikini athletes in the world.

Ashley was on her way to becoming a fitness icon. 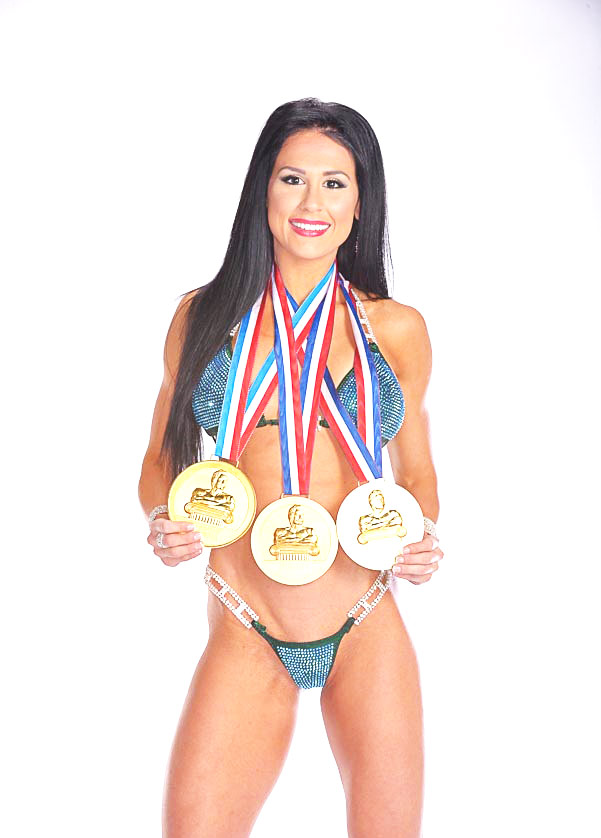 Riding high from her victory, Ashley didn’t waste any time entering more shows. She stepped on stage at 12 competitions, placing first in 10 of them.

But during her rise to the top of the industry, Ashley had made history by becoming the first bikini athlete to win 3 Ms. Bikini Olympia trophies. 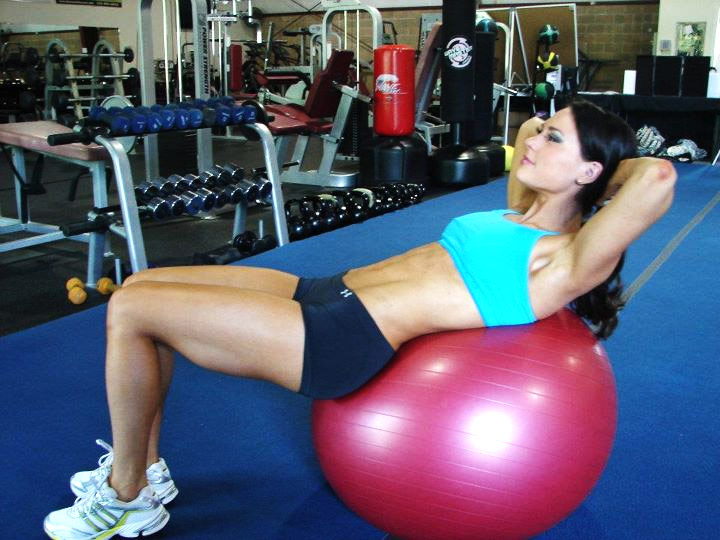 “I usually do an hour of weights and maybe 15-20 minutes of cardio.”

Ashley works hard in the gym, training up to 6 times per week – lifting weights for 5 or 6, fitting in 3 cardio sessions on the stairmaster.

She enjoys training her legs and glutes – which is her favorite workout. 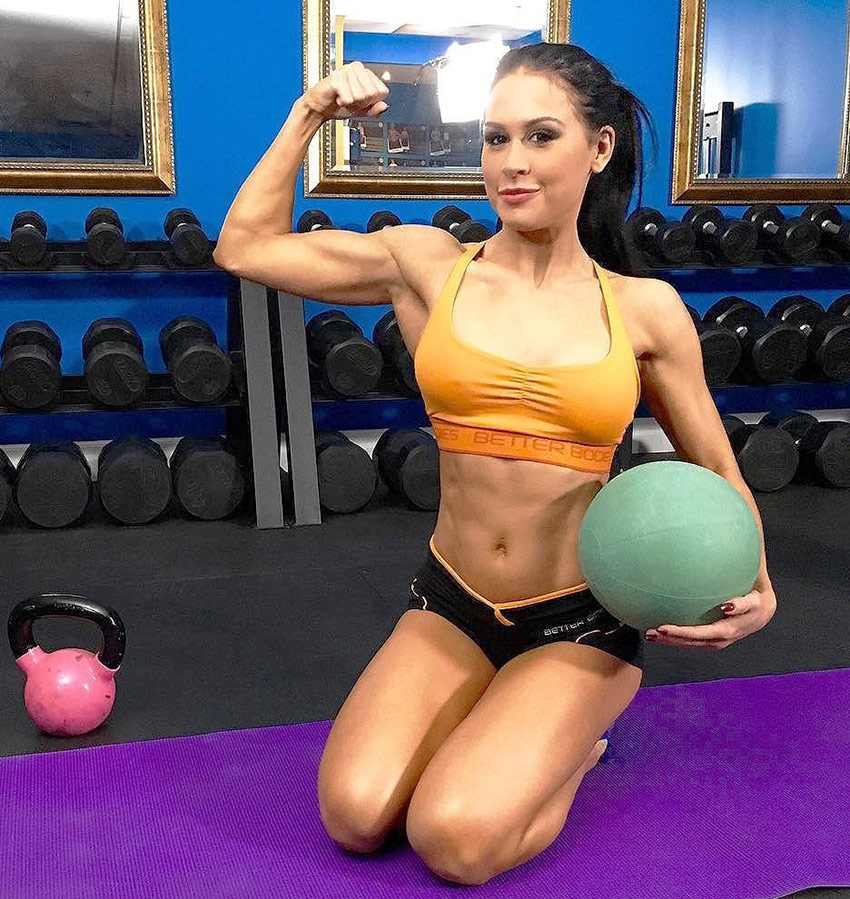 “I like to follow a low carb, moderate fat diet, but I am very lenient with it. I don’t have a certain diet that I stick too. I don’t count calories but I do stick with lower carbs and moderate fat because that’s what works best for me.”

Ashley isn’t strict on what foods to eat in her diet, but keeps her carbs and fat low. Unusually, she doesn’t count calories, but still manages to get into amazing shape.

The 3x Ms Bikini Olympia is a strong believer in cheat meals – unless she’s preparing for a competition in 3 weeks. Her favorite cheat meal is pancakes, or if she wants to keep it healthier, then she chooses Mediterranean food.

“I have one cheat meal a week until I am 3 weeks out from competing. I love pancakes! Not the boring kind but the fancy flavored like IHop red velvet! If I want to pick a cleaner cheat meal I love to eat Mediterranean food!” 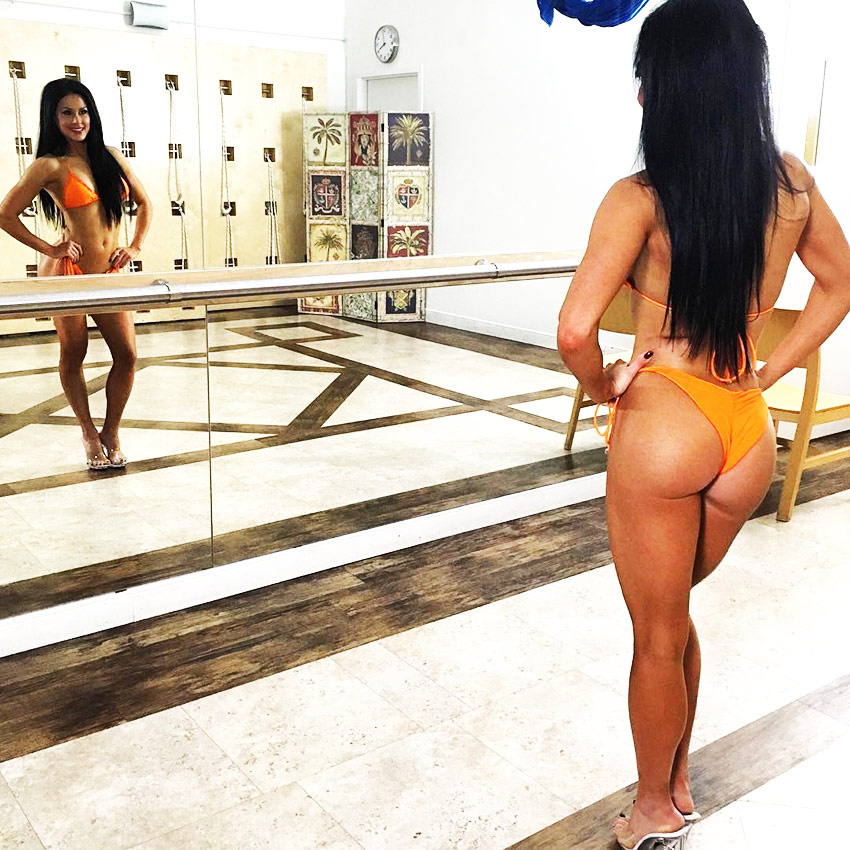 Ashley has motivated countless fans and bodybuilders around the world, to lead a healthy lifestyle – and she looks to herself for motivation too.

She pushes herself by demanding progress in the gym and on her physique. She looks back at her previous competitions and aims to return to the stage in better shape.

However, she also mentions her family and friends as strong influences. 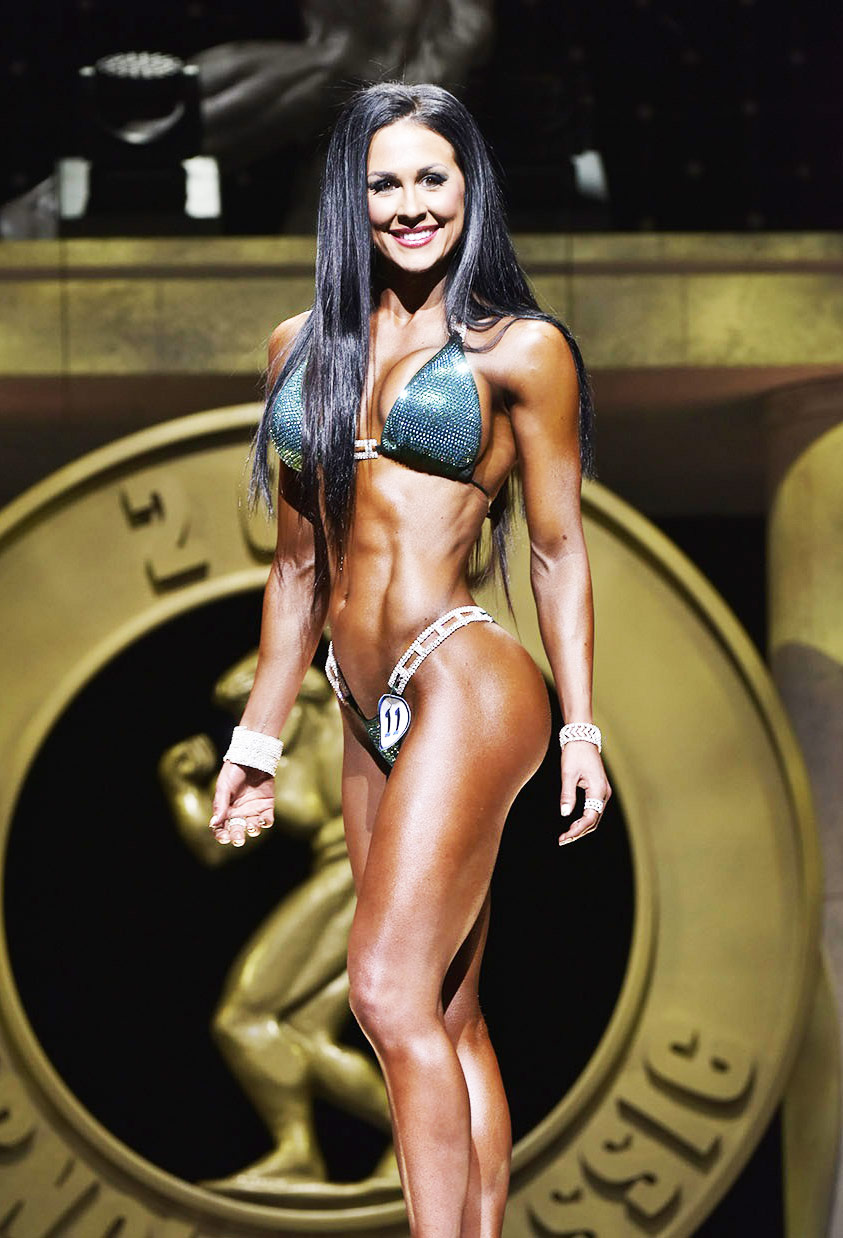 “If you are competing do it for you, don’t do it for placing and money, enjoy the experience and journey. Whatever you place know you worked hard and that should be good enough reason.”

What we can learn from Ashley Kaltwasser

If there’s one thing we can take away from Ashley’s story, it’s that hard work is key to success. She was always in great shape, being a record-breaking athlete, but she still trained rigorously to sculpt one of the greatest physiques in the world.

Being genetically gifted is only a slight advantage – you still need to work as hard as the competition to win.

So very gorgeous and one of the best ever in the business!