Ashley Horner was always into fitness when she was younger. She was brought up on a ranch with horses and took part in gymnastics throughout her youth.

It wasn’t until Ashley had her son that things started to change. She gained and extra 45lbs and started to lose touch with fitness.

Making the decision to change her life and get her body back to optimum health, she began training for her first competition. Needless to say, Ashley went on to win her first and numerous other competitions. 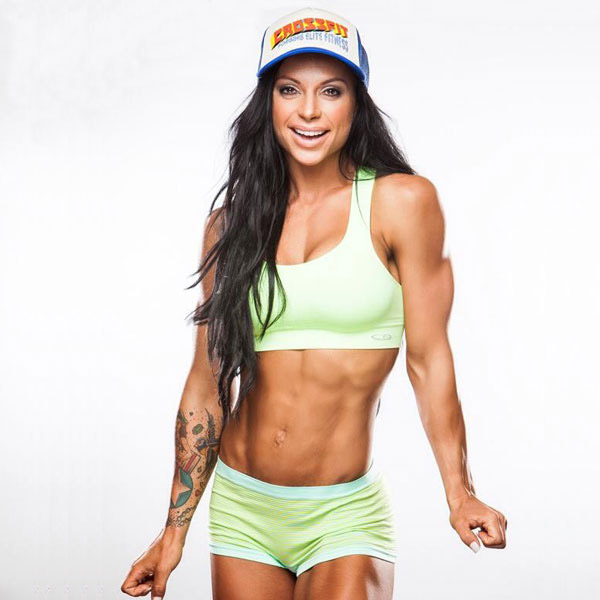 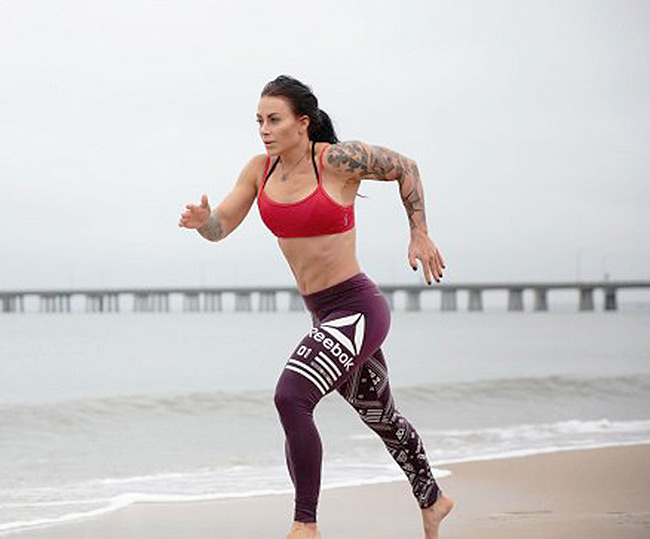 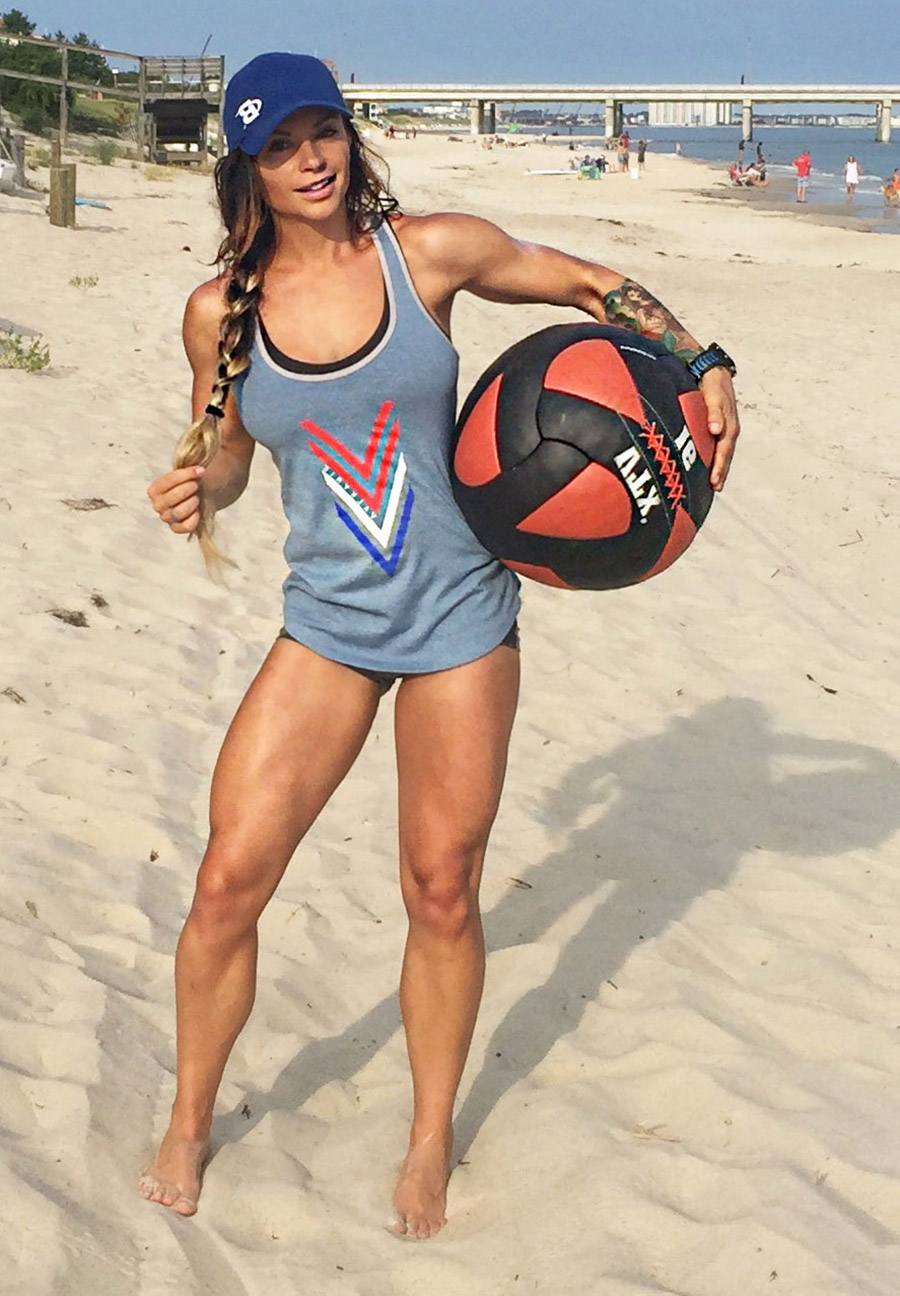 A life Of Fitness

Ashley Horner first got involved with fitness when she was in high school. She had always lived a healthy life ever since she could remember. Ashley played soccer and enjoyed years of gymnastics.

She remembers seeing her mom slowly changing her lifestyle to be more health orientated, and in the process, it started to change Ashley’s approach to fitness.

“I cut out soda, switched to skim milk and got a family membership at a local gym. Little did I know that those few changes she made indirectly would have such a direct impact on the person I would become years down the road.”

After getting married and having her son, she gained an additional 45lbs through the pregnancy. However, before her pregnancy she was adamant she’d always stay fit, lean and healthy, unfortunately for Ashley, this wasn’t the case.

“After my son was born I had gained a total of 45 pounds throughout the pregnancy! Before I was pregnant, I had always said I would always stay in really good shape especially after I had a baby and wouldn’t use that as an excuse to carry around an extra 10-20 pounds of baby weight.”

The months that followed the birth of her son she slowly started to realize how much weight she’d gained. Ashley says, “I will never forget months after my son was born I stood in front of the mirror and was horrified by what I saw!”

Looking after her newborn son was a full-time job, she remembers not showering for days and feeling horrible. From this point onwards she knew she had to make a change and turn things around.

“Even for someone like myself the savvy gym goer I had always been. Although I had never had to work this hard at something that was supposed to come so easy to me.” 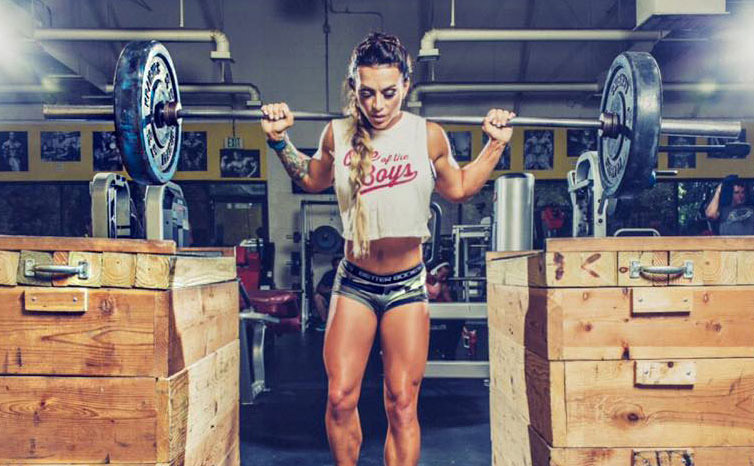 Ashley committed to herself to train and prepare for her first figure competition which was held in Cape Cod America. The competition was being held on the 19th of April 2008.

She contacted someone in her local area who knew about fitness and competition prep. Little did Ashley know at the time, but this person was to change her life forever.

Rhonda Finlayson was her name, and she taught her everything she could have dreamed of. Diet, nutrition, and everything to do with competition preparation.

It wasn’t long until her body started to change dramatically. She saw her arms getting bigger, her legs and abs all started to take shape. All of the hours in the gym and eating nutritious food paid off. Ashley won her first competition and has gone on to compete in numerous others since her first win.

“All the hard work paid off and I won my very first competition. Since then, I’ve competed several times, enjoyed the challenge and all the hard work and dedication it takes to get there.” 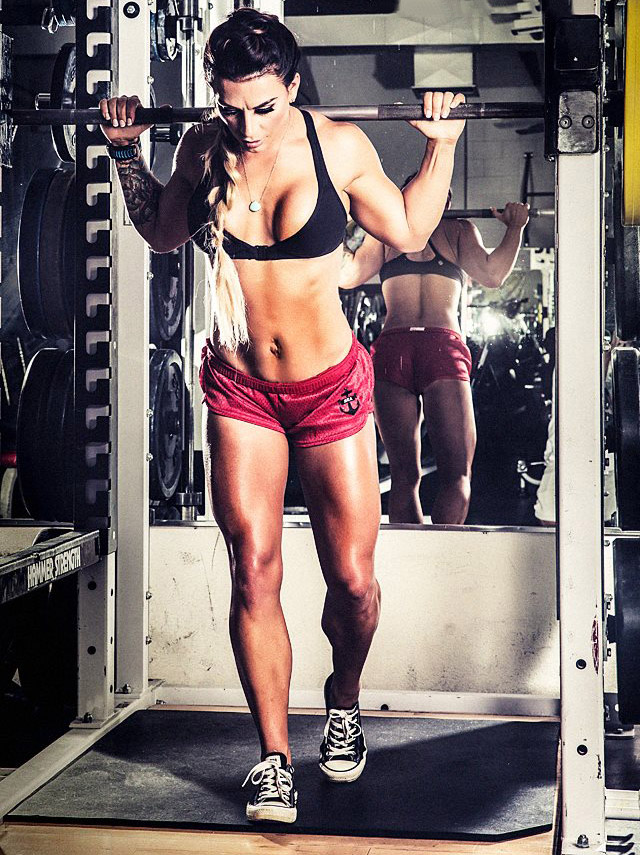 Ashley admit, she never liked doing cardio that much, she says, she’s more of a “weights junkie”. When she knows it’s time to do cardio. she’ll try and swim in the ocean, go rock climbing or a quick HIIT session.

Almost every day of the week Ashley will include abs training. During this training, she doesn’t allow herself to rest long between sets. As Ashley says, “just enough time to drink some water and readjust.”

“During my workouts I consume over 1/2 a gallon of water. I’m continually drinking.”

My Cardio is higher right now because I am 5 weeks out from a show in
LA at the Iron man convention. 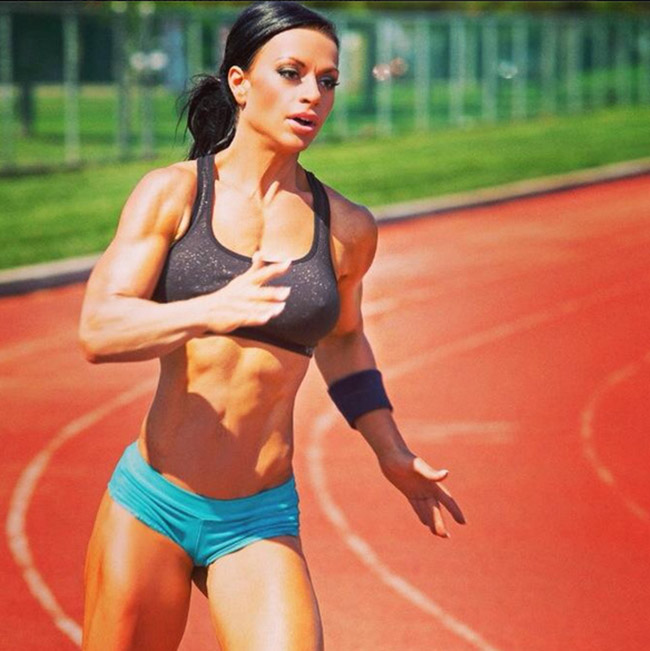 “I enjoy Egg Whites most mornings making Coconut Pancakes out of Coconut Flour. My meals are spaced out all throughout the day to keep my energy levels and blood sugar levels high and my body well fed.”

Ashley always likes to eat as clean as possible, including in the off-season. In Ashley’s eyes, it’s a full-time job and doesn’t let one aspect of her training slip, especially her diet.

She’ll follow a Paleo type diet most of the time. She likes to add cream in her morning coffee and will have protein shakes throughout the day.

Ashley says she likes to eat fish, including raw tuna. She also likes to eat nuts, fresh berries, and all animal proteins. 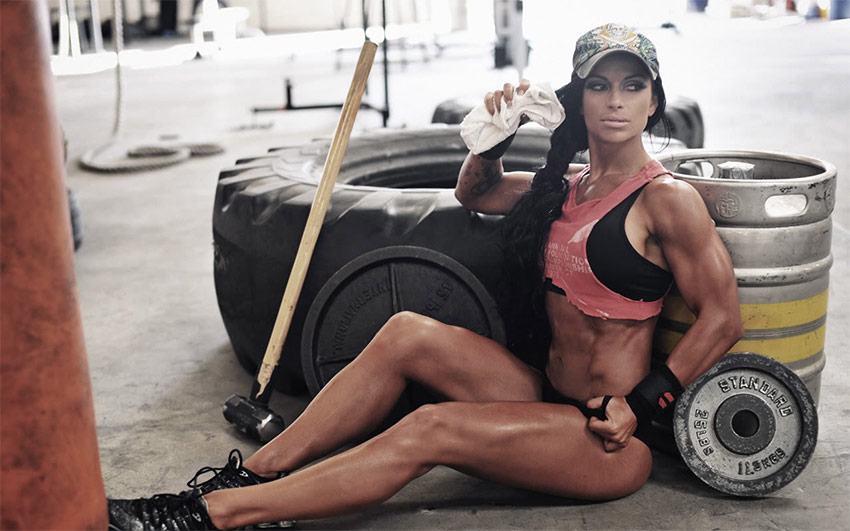 Her first modeling inspiration came from seeing Amanda Adams. In Ashley’s eyes, Amanda is “exactly what a fitness model should be”.

She admires the way she lights up the stage and presents herself on camera. But when everything is all quiet and she back home with family and friends, Ashley says, “you didn’t know who she was you would never know by how she acted or presented herself that she was a model.”

Ashley also mentioned Ava Cowen’s physique as another inspiration of hers. 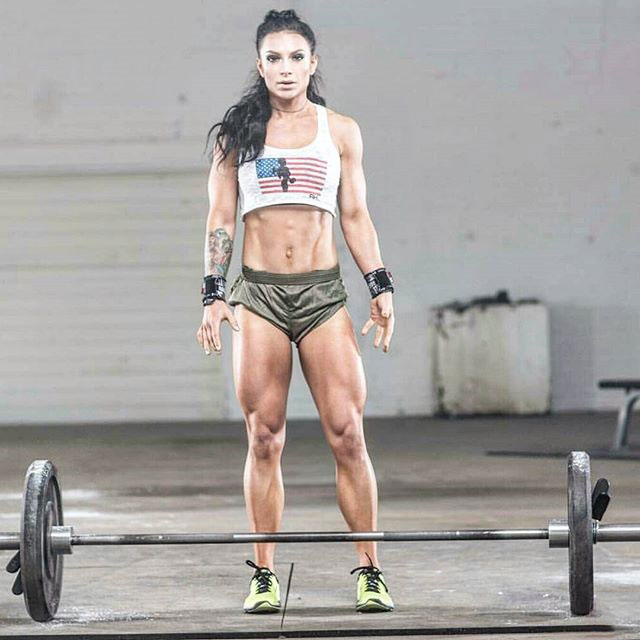 What we can learn from Ashley Horner

Ashley had been bitten by the fitness bug years before she got into modeling. Her love for sports and a healthy lifestyle in her early years helped her to realize the importance of keeping active and strong.

However, she faced a road block after the pregnancy of her son. She gained 45 lbs and was slipping downhill. This just shown that when her spirits were down faced with a long and difficult road ahead, she got herself back to fighting fit and feeling 100% again.

With this same passion and drive, you too can be like Ashley and achieve your own goals, whatever they may be. There are three pieces of advice Ashley likes to give anyone looking to get into fitness, these are;

[…] also mentions Ashley Horner as another influence in her […]

Ashley just wanted to say that you are amazing. going to use your work out and meal plan and let you know how I am doing. Keep killing it!!!!

Ashley you are an inspiration! I know how hard it is to keep our-self motivated , fit and healthy! I m turning turning 59 this year and its SO hard to keep going…Keep the hard work lol Cristina