Annie Parker is an American IFBB Bikini Pro, nutritionist, fitness model, and TV host. She started competing in 2013, and right off the bat, impressed by taking 1st place in the NPC Gov. Cup.

Annie’s success only grew from there as she went on to earn her Pro Card at the 2014 North American Championships. In one of her last professional contests, the 2016 Ferrigno Legacy Pro, Annie placed 12th.

Since then, she’s transitioned from competing on the stage to making success as a personal trainer and online fitness icon. Here’s her story: 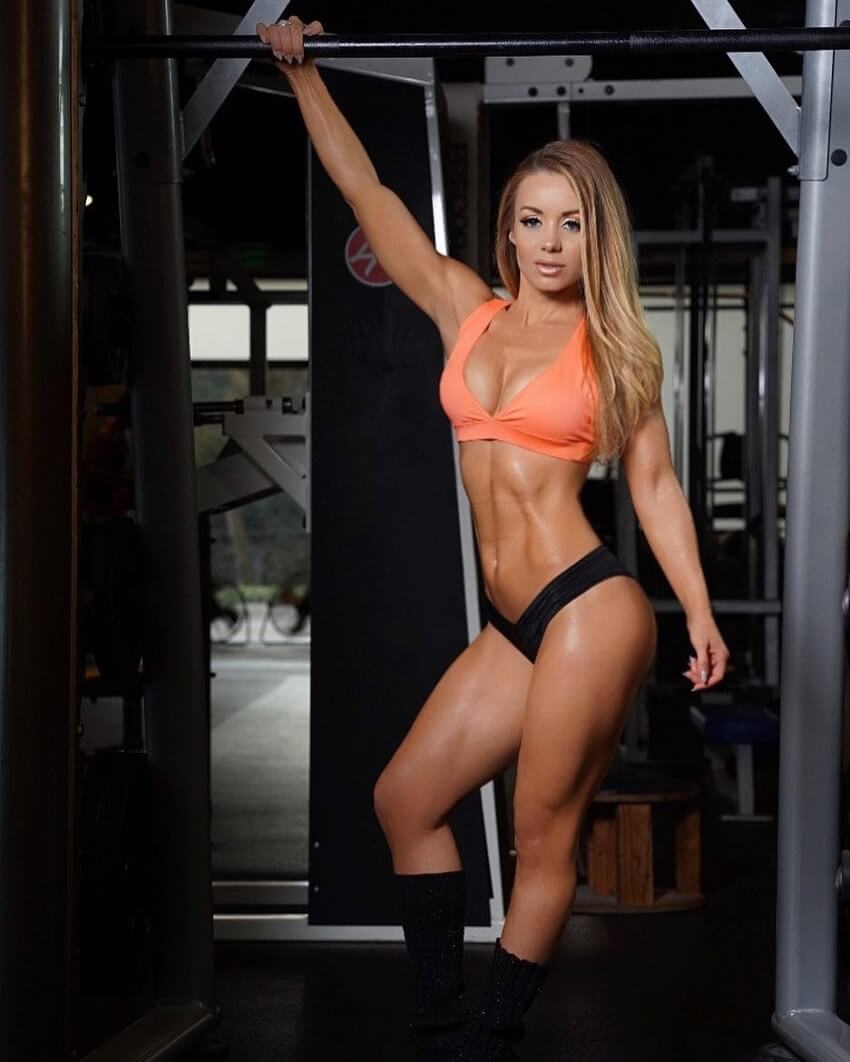 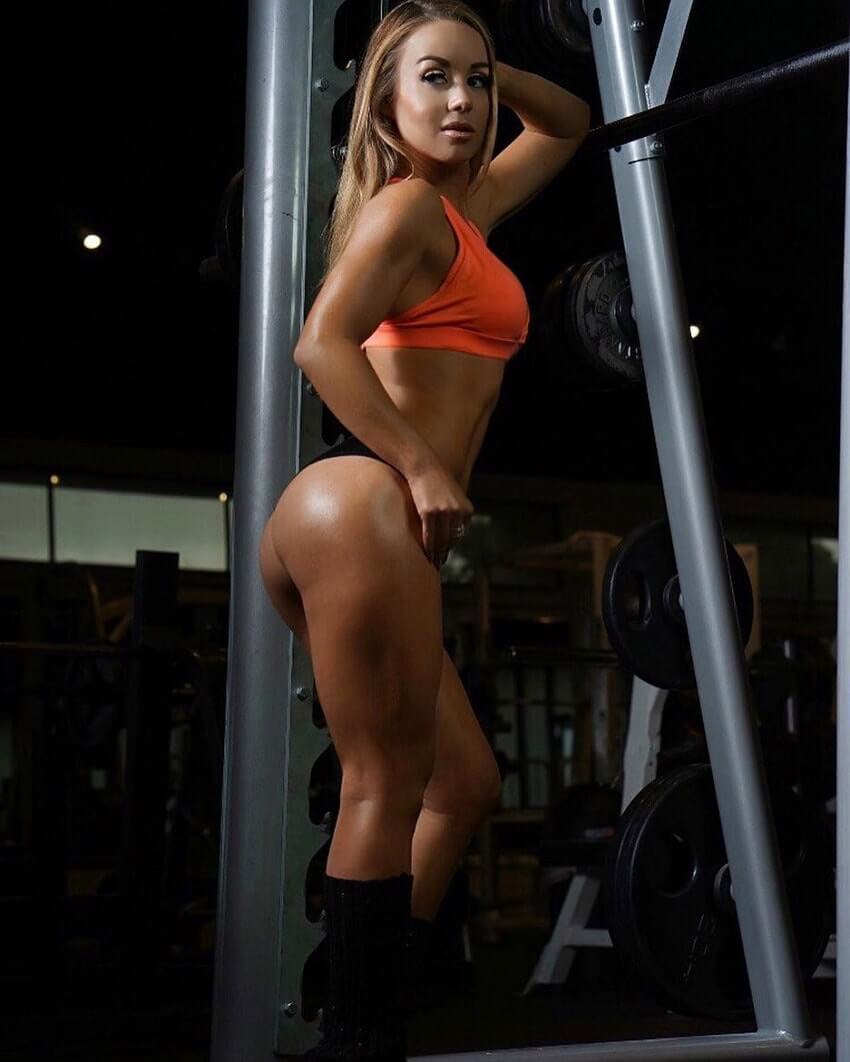 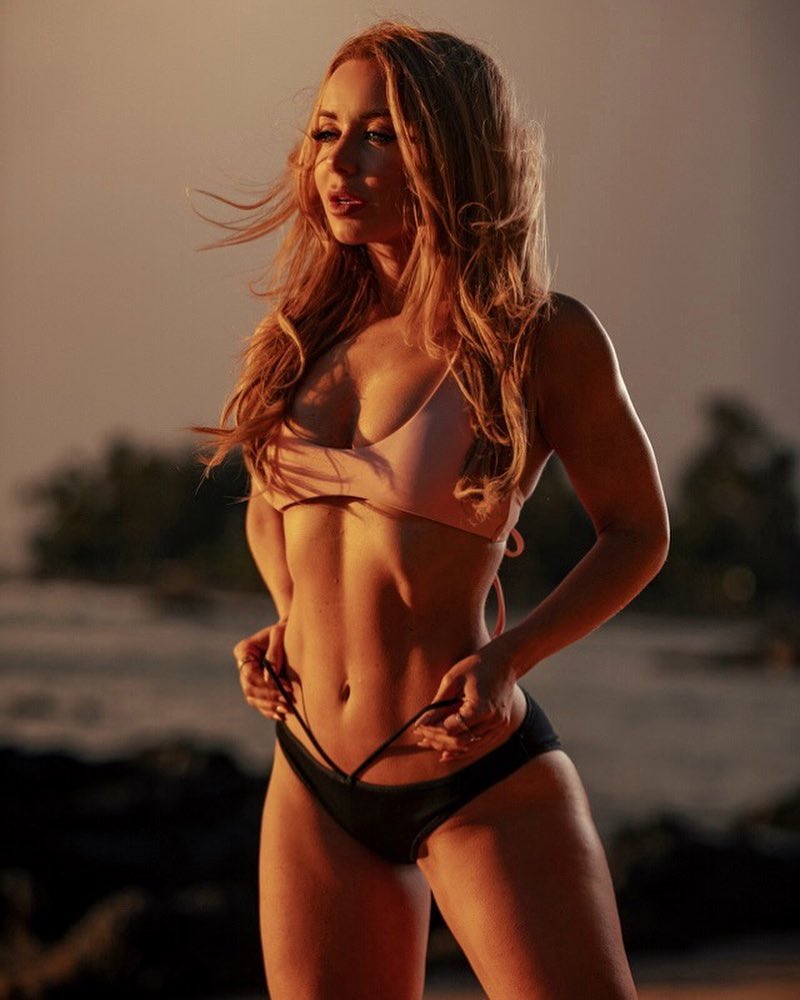 Annie is well known for her amazing figure and accomplishments as a fitness athlete. Her journey all started in 2010, when she moved out to California to pursue modeling.

After landing her first contract, things only continued to go onwards and upwards. By 2012, Annie had already hit her stride and was modeling for some of America’s top fitness brands.

Alongside her career as a model, Annie also caught the ‘lifting bug’ – becoming a fitness competitor. It wasn’t long before she made waves in this area of her career as well.

In 2014, after a lot of sacrifice and mental challenges, she won the 2014 North American Championships, entering the IFBB Pro circuit in the process. 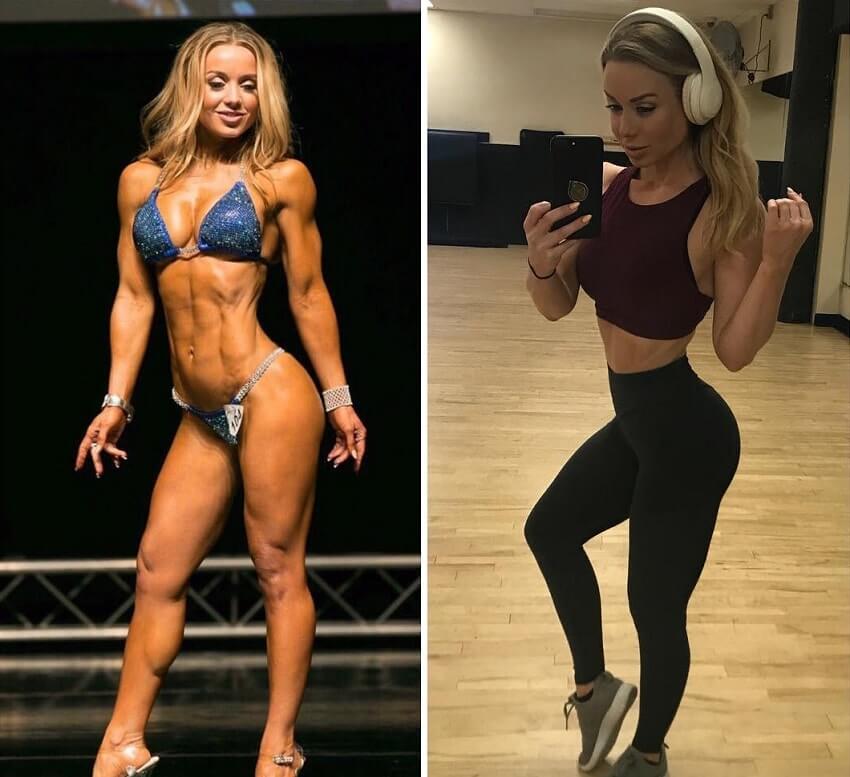 “Would I compete again? Probably not. Because as happy as I am to always be a bikini pro… there are just so many other exciting things to look forward to now.”

Although she trains every muscle group, Annie’s main focus is on her glutes and abs. She trains these body parts two times per week.

But she doesn’t do the same exercises every time; instead, changing things up to keep her body progressing.

Annie Parker loves to do cardio on an empty stomach. She says this is just her personal preference and doesn’t believe it has any additional benefits compared to regular cardio after a meal.

As for the type of cardio Annie does, she switches between HIIT and steady-state sessions.

“The body is very adaptable, so if you’re doing the same thing every day, your body is going to get used to that, and you’re probably going to plateau – so it’s always good to switch it up,” says Annie.

Annie has a plan on having free weights and bands to have at her home or for on the go. This way, if she doesn’t make it to the gym, she can have a back up plan. As Annie says, “no excuses”.

What’s more, bodyweight workouts are an excellent way of improving her cardio and endurance. Since she doesn’t lift heavy like in the gym, she can focus more on the reps and achieving ‘the burn’ instead. 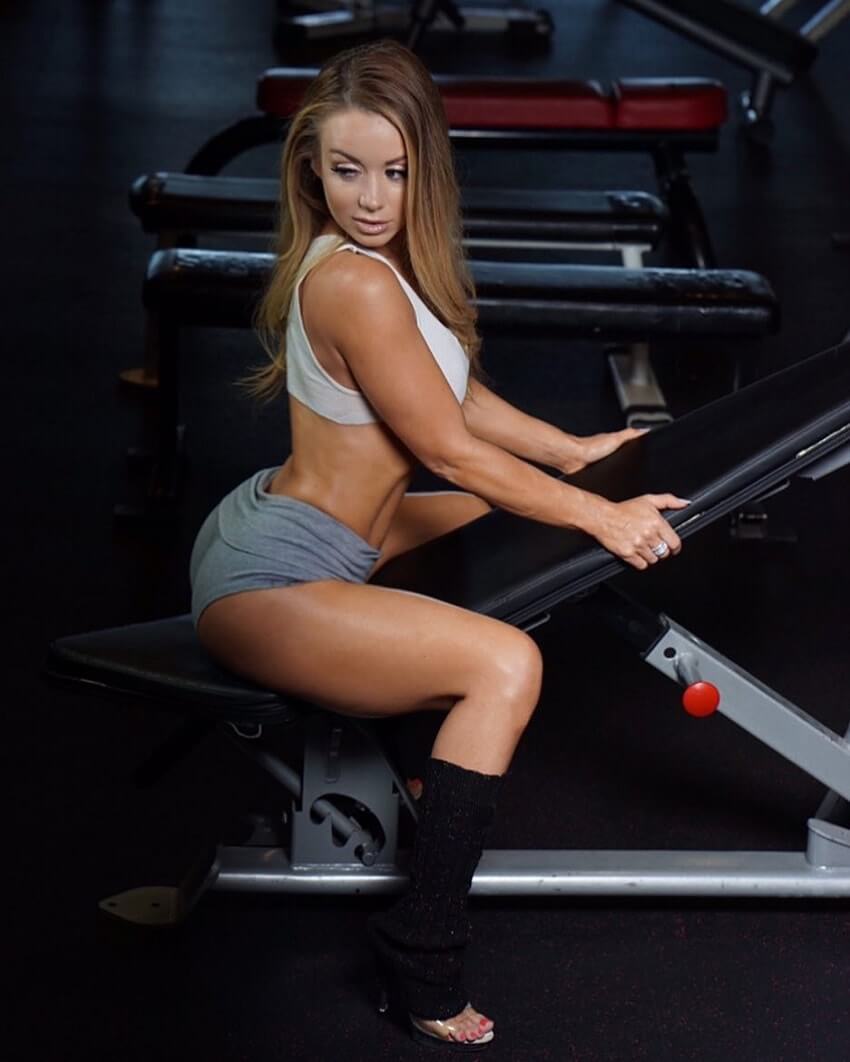 Annie will incorporate some kind of abs training into her regular workouts. During these training sessions, she won’t rest for too long between sets. She’ll only rest just enough to drink some water and prepare for the next set. This type of training intensity allows her to get more done in a shorter space of time, leaving more ‘room’ free for other exercises she wants to focus on. 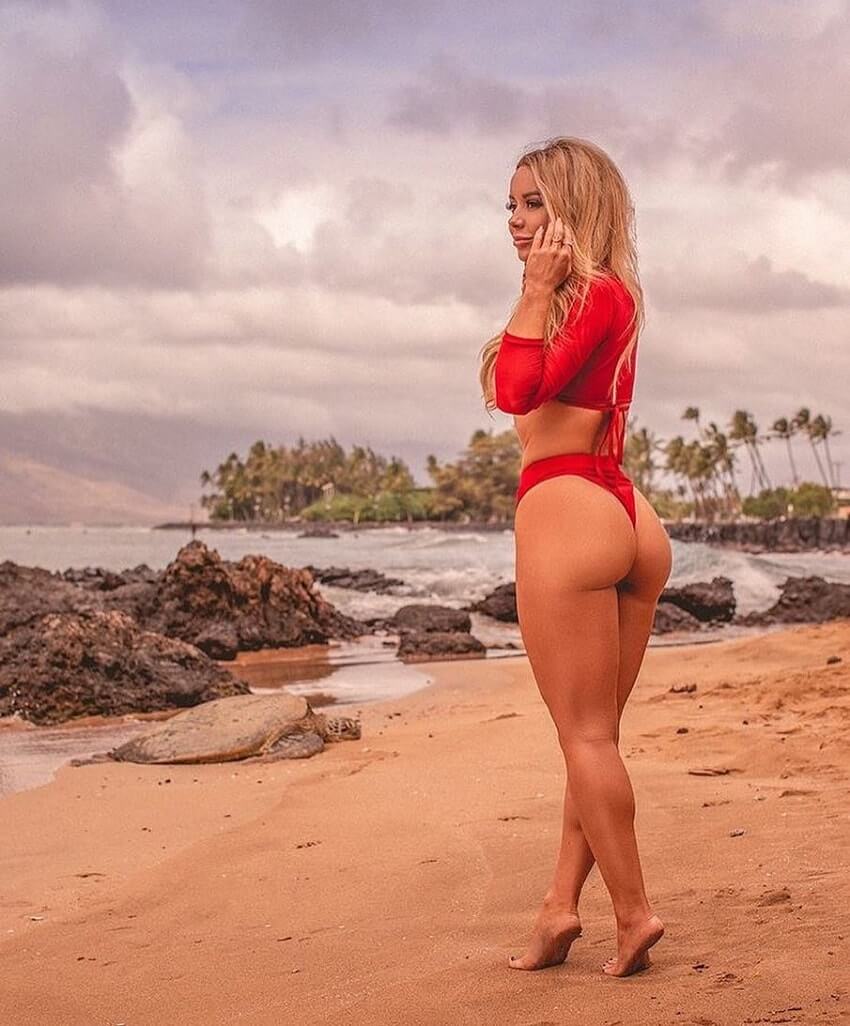 Even though she doesn’t compete anymore, Annie still eats a very clean diet to ensure she stays at a healthy body fat percentage.

Some of the foods she might eat include sweet potatoes, oats, lean meat, avocados and other healthy sources of fat, and fruits and vegetables.

She eats unprocessed every day of the week, except Sundays where she’ll have one ‘cheat’ meal. In her words;

“I have soul-food-Sundays which means I eat whatever the hell my soul wants… for one meal… not all day. And the rest of the week, I just keep everything pretty healthy and unprocessed.”

Annie leaves nothing to guesswork when it comes to her diet. “Preparation is the difference between sticking to your New Year’s fitness routine and telling yourself you’ll try again next year,” says Annie.

Due to her busy lifestyle, she doesn’t always get the chance to cook her own meals. Stocking her fridge with healthy meals and snacks in advance allows her to make better choices when cravings arise.

Annie says that everyone slips up with their diet from time to time, which is completely normal. As a nutritionist, she always shares the 80/20 rule with other people.

Athletes like Annie often take BCAAs and whey protein powders. These supplements replenish the muscles and allow her to train harder for longer.

However, in terms of general health supplements, these might include anything from fish oils to multivitamins and joint support complex. 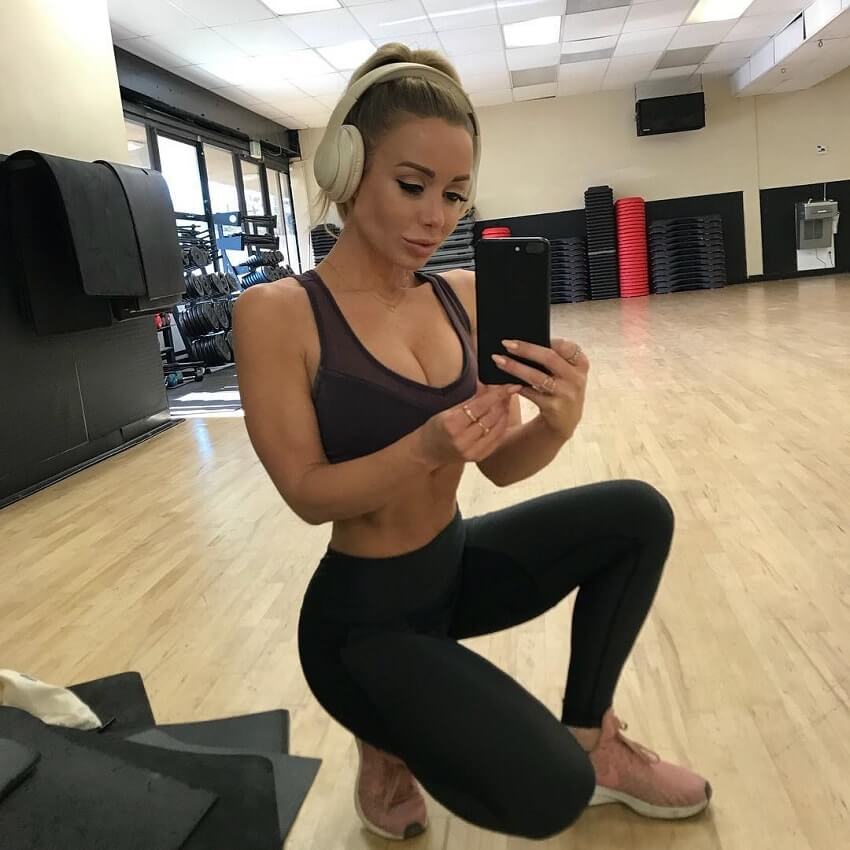 What we can learn from Annie Parker

Annie was bitten by the lifting bug after moving to California where she initially planned to pursue modeling.

However, her love for fitness competitions had led her on a slightly different path – one that would see her become an IFBB Pro and a nutritionist.

Through her passion, hard work, and dedication, she’s helped many people realize the importance of living a lifestyle that fulfills you to your core. For her, that’s staying active, training hard, and improving in every aspect of her life year after year.

Annie Parker has also shown us that you can eat healthily while enjoying a relaxed and awesome lifestyle. She doesn’t restrict herself to the extreme with her diet, but also knows when to say ‘enough is enough’.

If this has taught us anything, it’s that balance is key to achieving a healthy and sustainable physique.

Very Interested in if you have any workout programs