Anita Herbert is a professional bikini athlete and fitness model originally from Hungary. She moved to America after visiting her friend in Miami and chose to stay after enjoying her time there.

Since then, she’s sculpted an incredible physique, becoming a champion and inspiration to countless of fans. But, she didn’t grow up wanting to pursue a career in fitness – her journey only started when she met her husband who supported her on her journey to become a world leading fitness model. 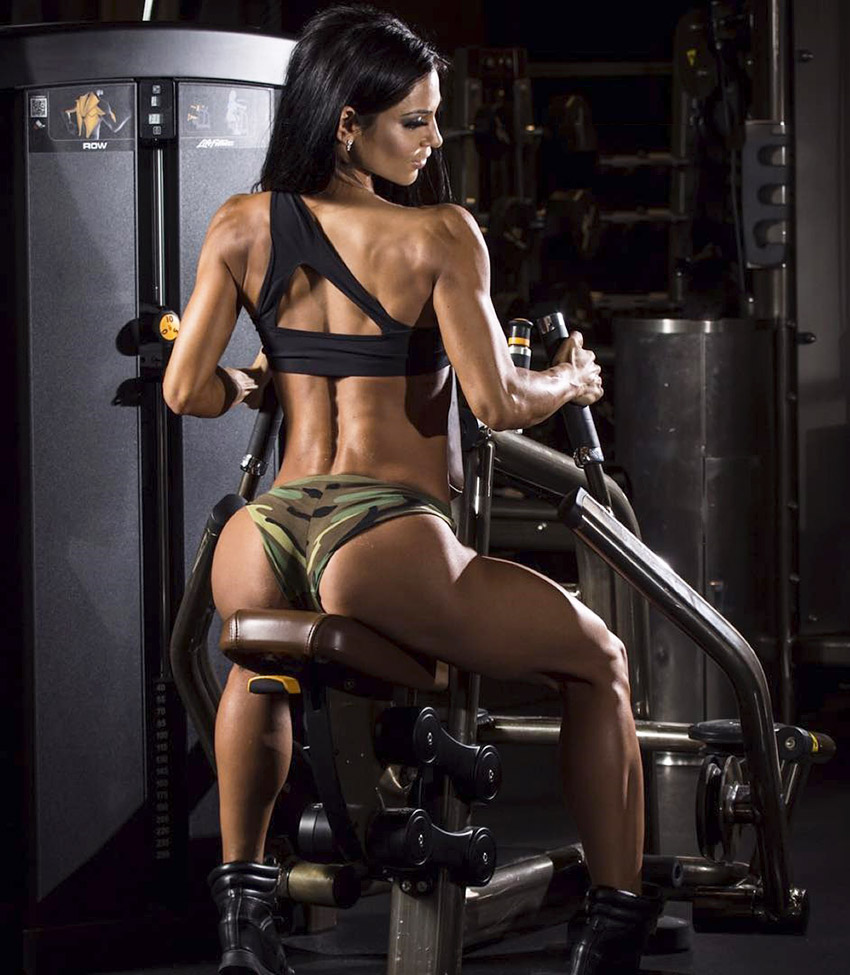 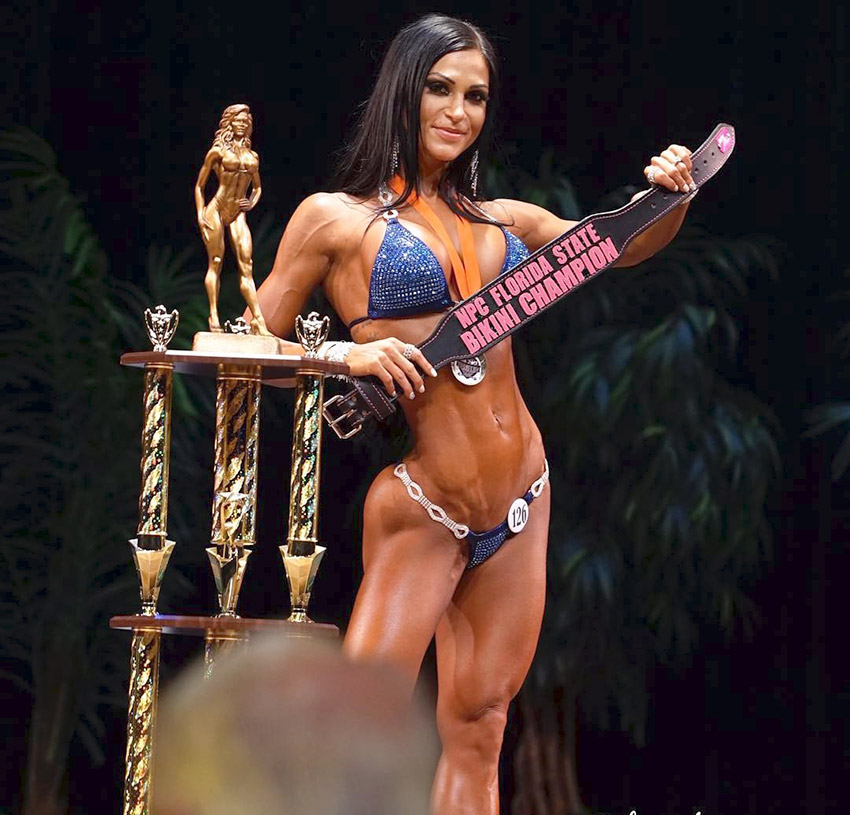 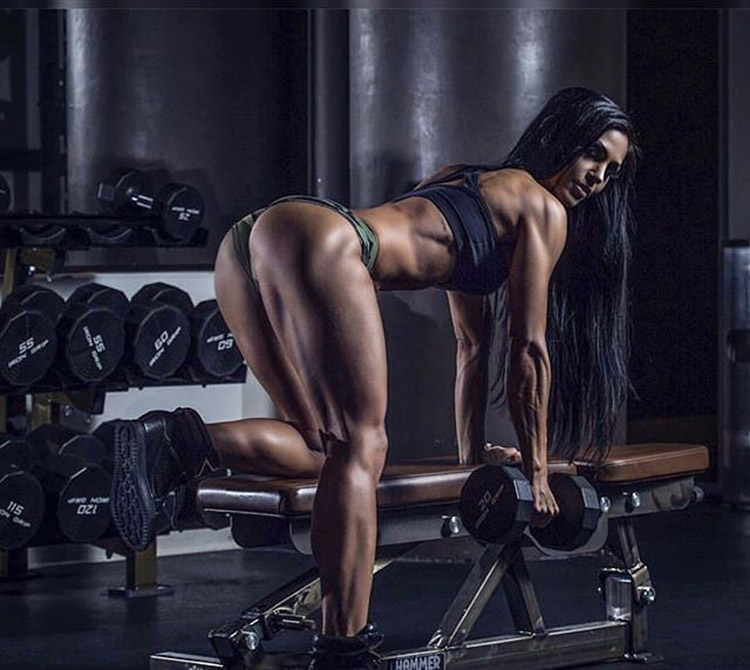 Born and raised in a small town near Budapest, Hungary, Anita wasn’t a fitness fanatic growing up – she never stepped foot into the gym in her early teens.

At the age of 18, in 2007, she moved to Budapest after enrolling at College. During this period, she led a very unhealthy lifestyle, drinking alcohol regularly and eating junk food – she loved partying and went out every week.

Three years later, Anita had graduated from College and was quickly thrown into the real world. Over the next 2 years, she struggled due to the low opportunities available in her home country (Hungary).

In 2012, at 22-years-old, Anita visited her best friend in Miami, America – this would later be a life changing decision for her.

The future fitness model enjoyed her time in America and made the huge decision to stay – Anita wanted to build a better life in Miami.

However, even at this point, she had never trained in the gym. 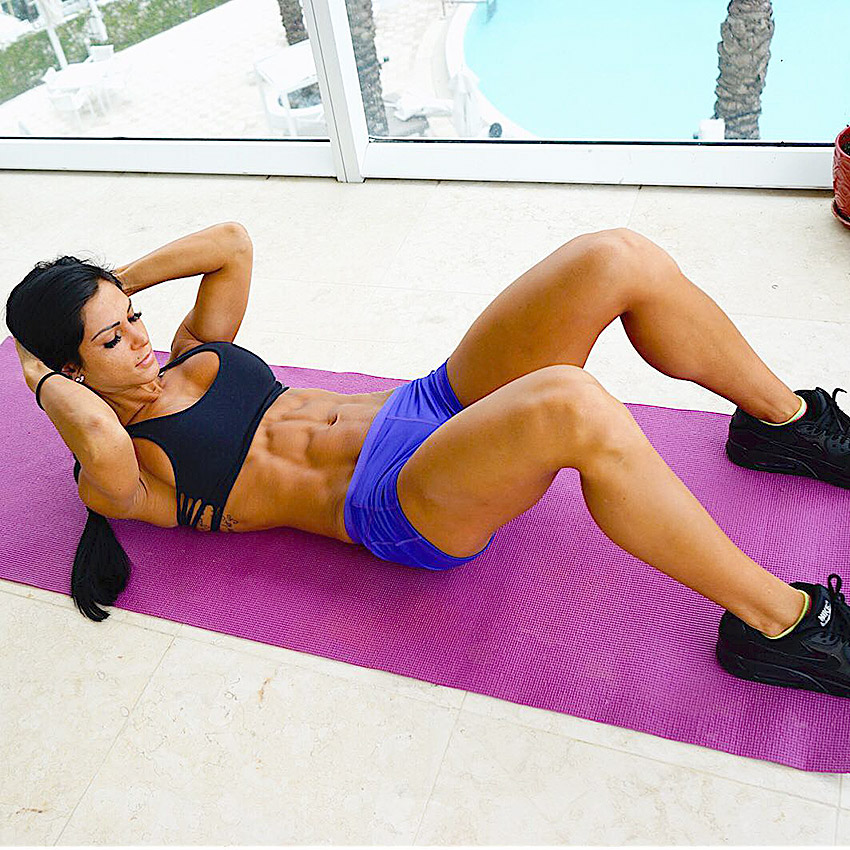 Anita working out in Miami, America.

After continuing her party lifestyle for the next few years, by the age of 24, Anita had become bored of going out and drinking. By 2014, she wanted to settle down.

Fortunately, her great genetics had allowed her to stay lean, and it wasn’t long until she entered a relationship with her future husband – it was this man who encouraged her to begin her journey.

At the age of 24, Anita started working out in the gym and following a strict diet plan.

By 2015, Anita had sculpted an incredible physique under the guidance of her husband. At this point, she met one of her hero’s, Michelle Lewin – luckily, Anita lived in the same building and trained in the same gym as her fitness idol.

Michelle was impressed with her physique and motivated Anita to begin competing as a female bodybuilder. After being inspired to compete, Anita stepped up her game and started to prepare for her first show. 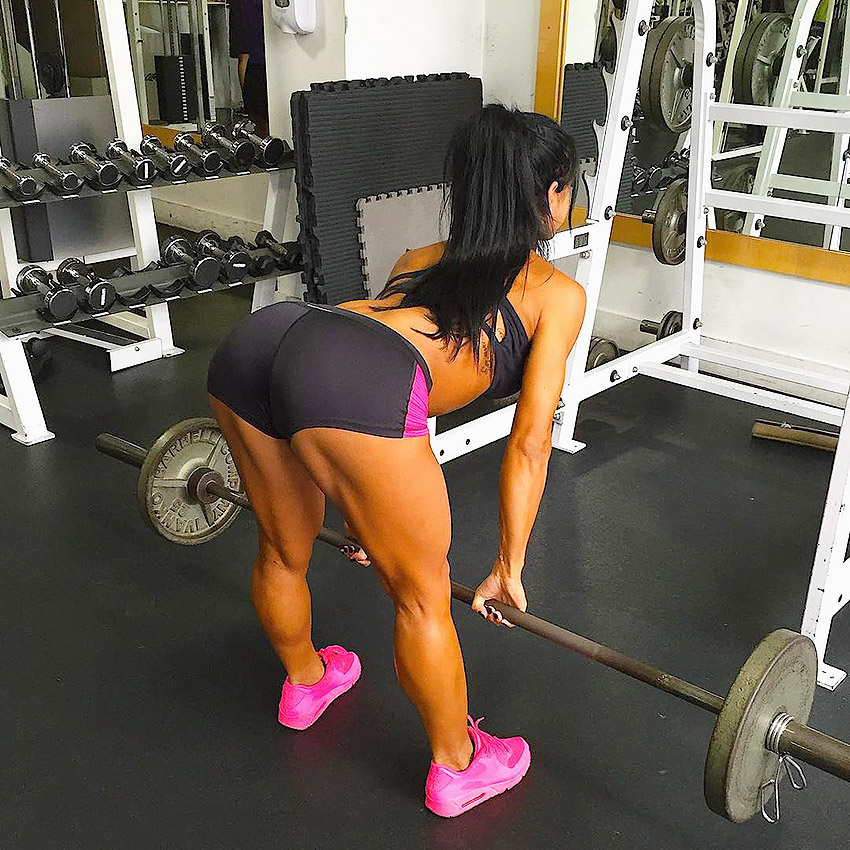 Later that year, Anita walked on stage at her first competition – the 2015 NPC Southern States and CJ’s Classic. Impressively, Anita took the trophy, as well as the overall title home.

She set her sights on earning her Pro Card.

Over the next year, Anita competed in a further 4 shows, dominating every single one. She won all contests, taking home the overall titles in the process.

However, Anita’s greatest achievement yet was yet to come. 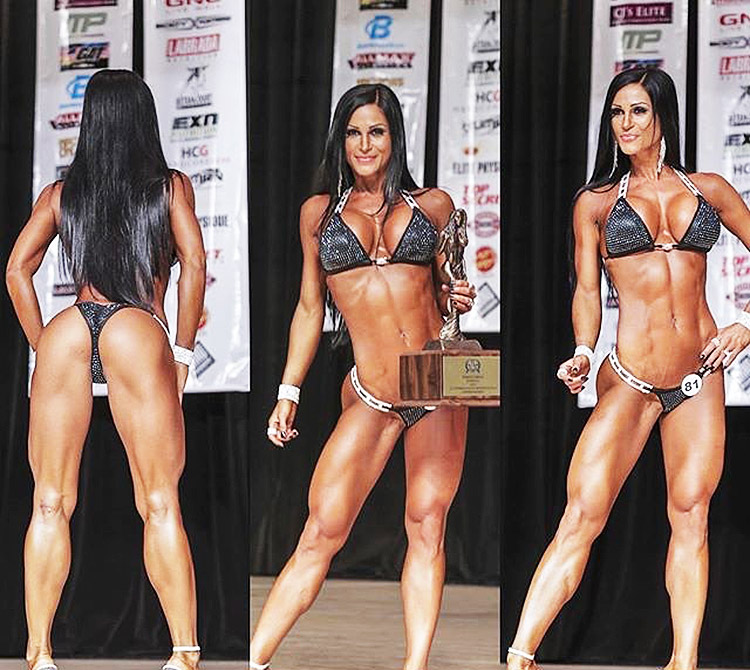 The Hungarian bikini athlete started 2016 strong by entering the IFBB Arnold Amateur North America. She’d gained a lot of attention after her victories, and she was given the opportunity to become a professional by placing in the top 3.

2 years after embarking on her fitness journey, Anita met all expectations and placed 2nd. Although she didn’t add to her trophy collection, she’d done enough to earn her Pro Card.

At the age of 27, Anita had realized her ambition of becoming a professional bikini athlete.

Riding high from her latest achievement, Anita entered 3 more shows that year, walking away with another 1st place. The Hungarian athlete’s quick rise to the top had been noticed by the fitness community.

It wasn’t long until she’d gained a mass of followers on Instagram, being admired for her hard work and amazing physique. Anita had become a social media sensation, inspired countless fans around the world to lead a healthy lifestyle. 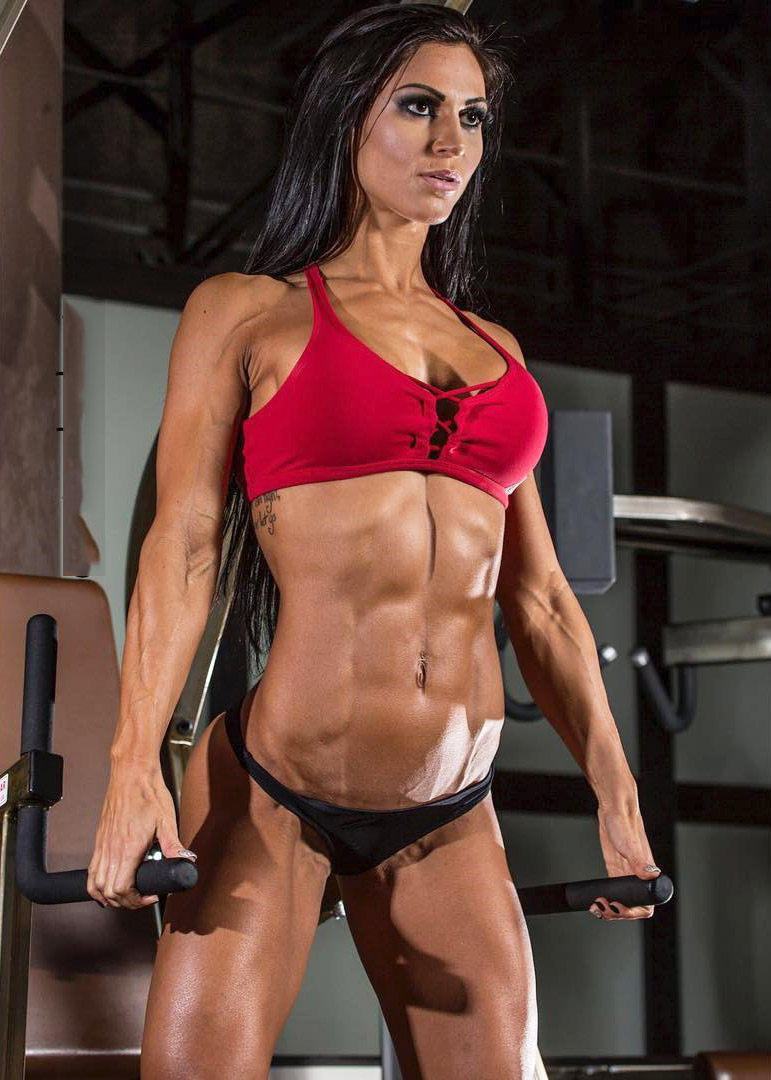 Unlike other athletes, Anita doesn’t have a rest day. Instead, she trains cardio on Sunday, allowing the rest of her body a day off from weight training.

Anita mixes up her workouts, training multiple muscle groups on some days, then focusing on individual body parts on other days. She performs 15-20 reps in sets of 4, to maintain and develop her great physique.

In terms of cardio, she works out on the Stairmaster or treadmill on a high incline for about 40 minutes per session. 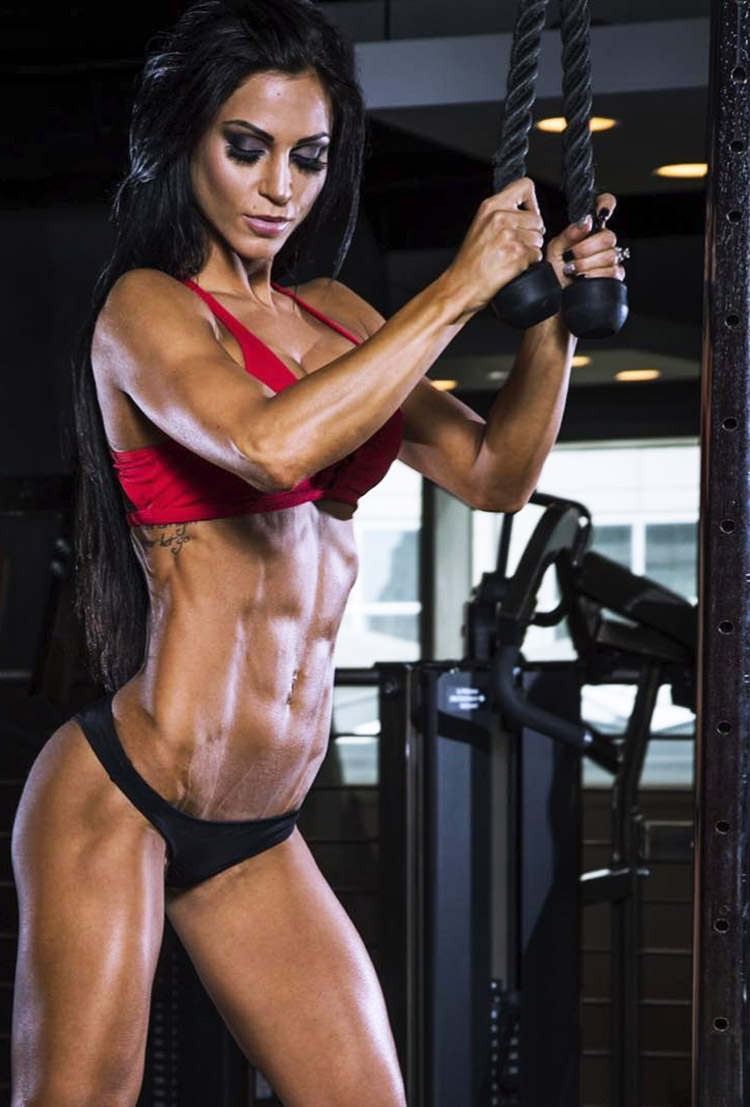 Anita doesn’t follow specific diet plans in the offseason, simply watching her calories to keep on track. However, during

However, during preparation for competitions, she plans her meals around chicken, fish, egg whites with oats, brown rice, sweet potato or cream of wheat.

She doesn’t allow herself “cheat meals”, but she opts for healthy snacks to satisfy her sweet tooth like cubed cucumber with stevia or fat-free Greek yogurt with protein powder or cinnamon. 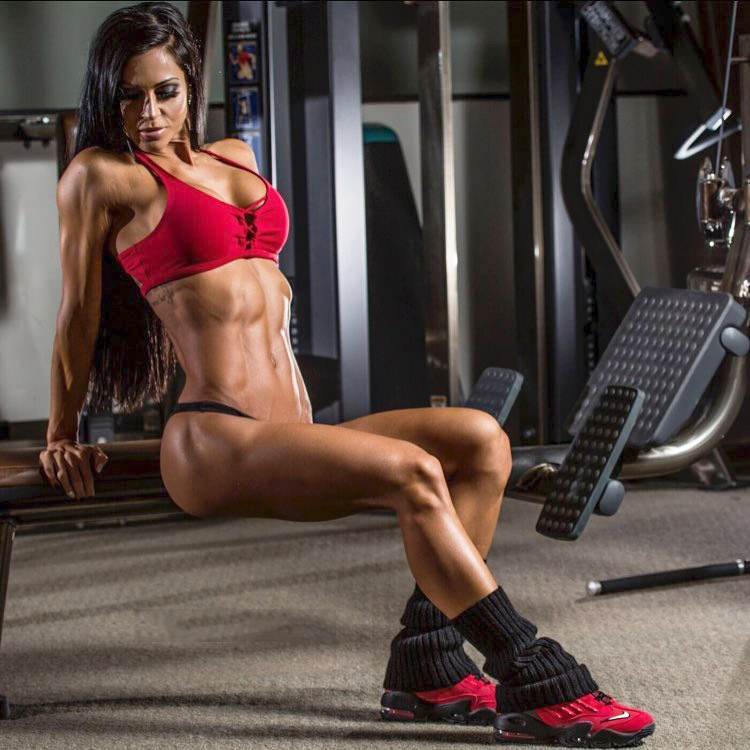 Anita has been motivated by many fitness icons throughout her journey. Many of them have pushed her on to becoming a success.

However, she names Michelle Lewin as her idol – Anita once lived and trained in the same building and gym as Michelle, and knows her personally. 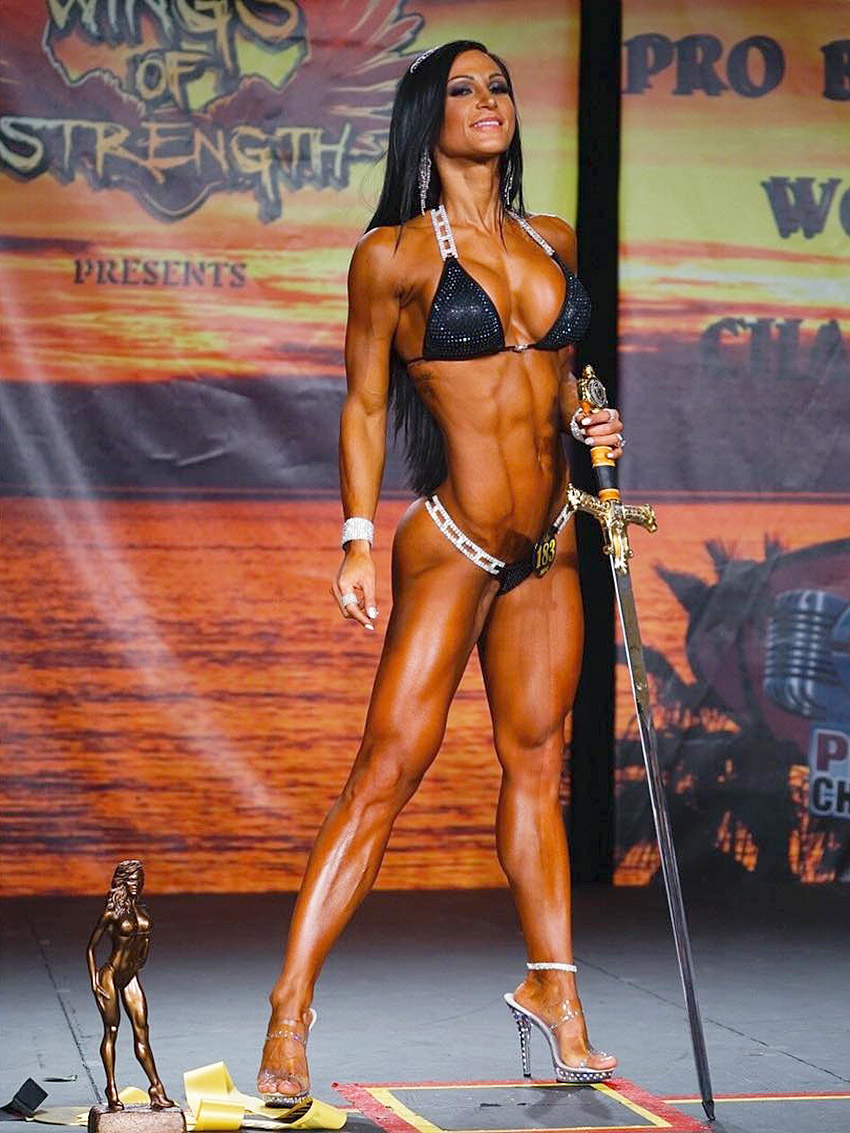 What we can learn from Anita Herbert

Anita has taught us to never be scared of change. She made the big move to America to improve her life after struggling in her home country, Hungary.

You should always learn and be open minded – Anita began weight lifting after being encouraged by her husband, and she became a fitness icon and champion bikini athlete.

holy crap!!! whatta body, whatta workout routine… unreal… 10 times more muscular than me… like the saying goes: she has muscles in places i don’t even have places… omg…

Who is her husband?

You are so very amazing and you are the best!!! Thank you for being such an inspiration!!

Not yet an answer ?