Amanda Hagan is an online fitness influencer and brand ambassador from the United States of America. Although she’s recognized for her amazing physique today, Amanda wasn’t always a picture of health or fitness.

Growing up, Amanda ate a lot of unhealthy foods, such as chips and chocolate. Although this didn’t affect her negatively growing up, these unhealthy habits caught up with her once she grew older. By the time she entered her late teens, Amanda was overweight and unhappy with her life.

One day, Amanda looked at herself in the mirror and realized she couldn’t keep living her unhealthy lifestyle. She then decided to adopt a fitness program to turn her life around.

Through weight training and a healthy diet, Amanda accomplished her goal, and much more. She not only carved out a lean and aesthetic physique, but Amanda also became an inspiration for numerous people on the internet. 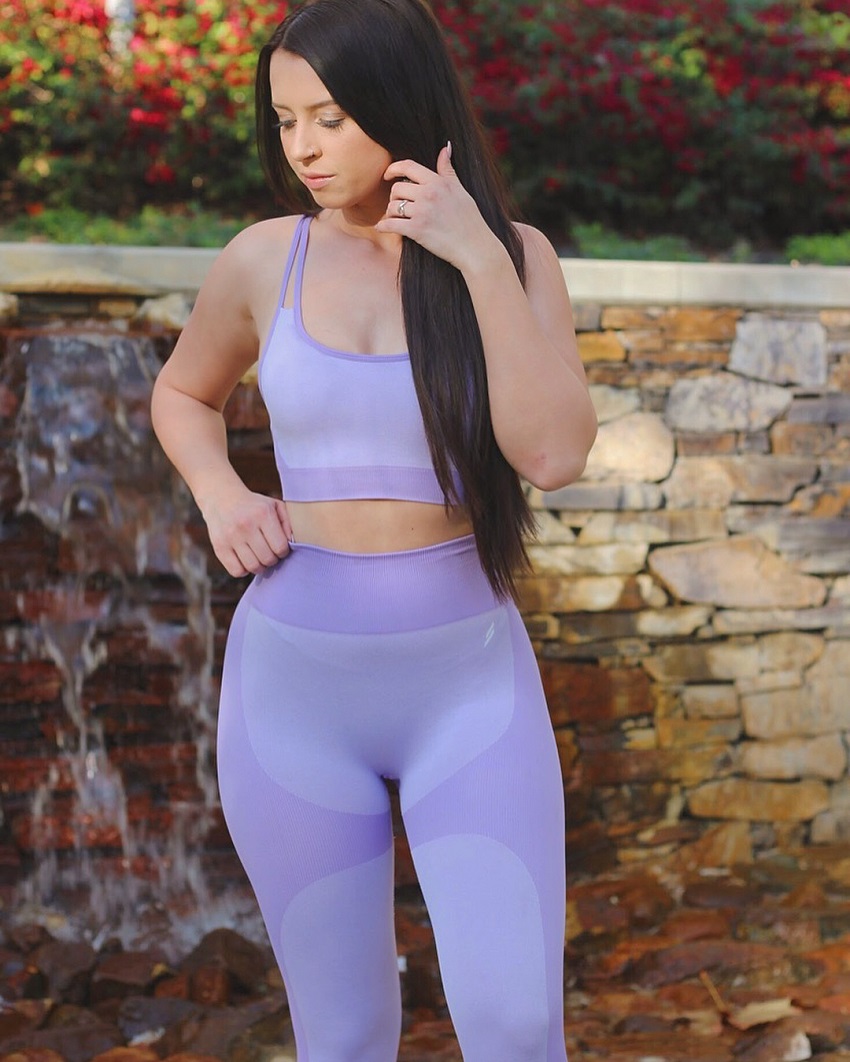 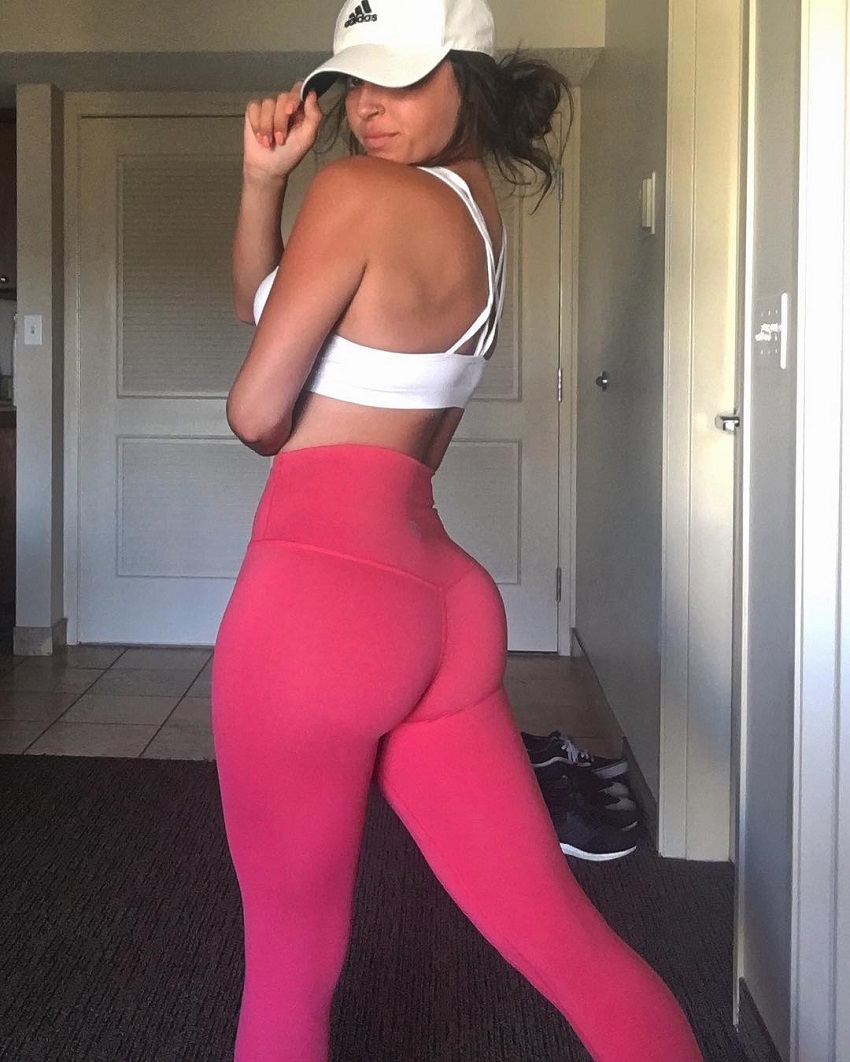 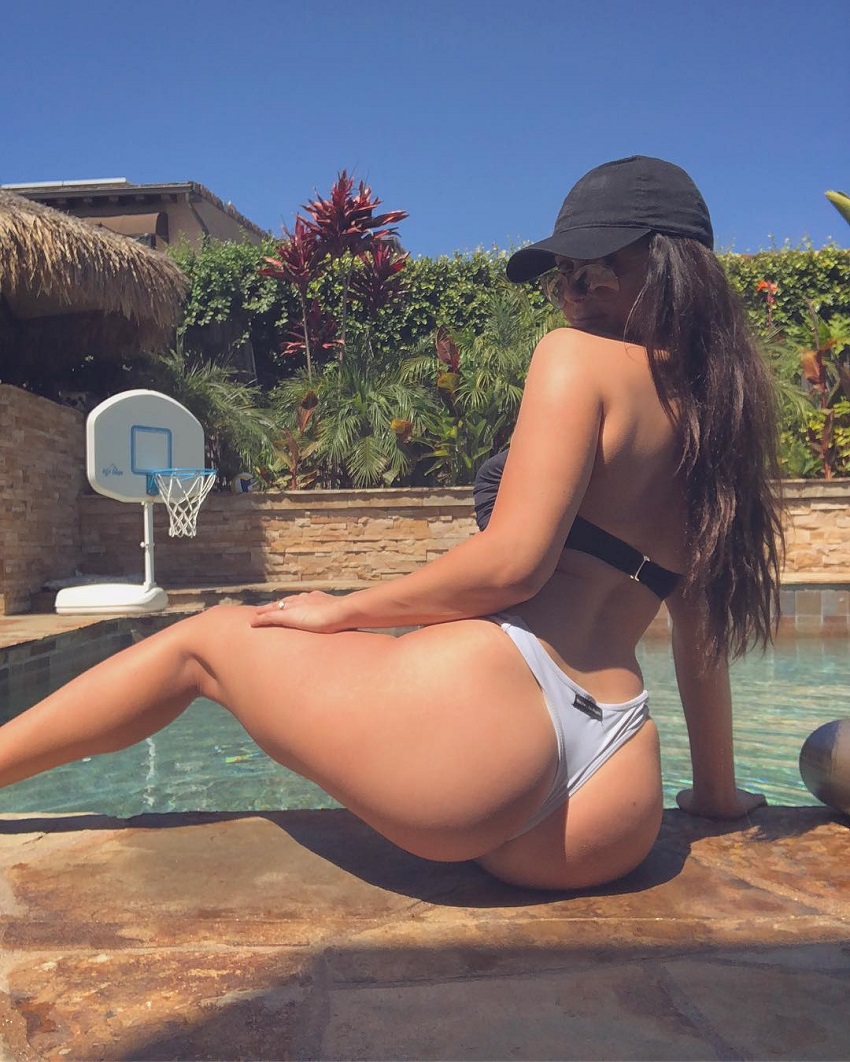 While today, Amanda is aware of the importance of exercise and a healthy diet, she didn’t know this growing up. She said; “I didn’t grow up with my parents telling me to eat my vegetables or to make sure I have a salad with every meal.”

Coming home from school, Amanda would have a bag of chips and a couple of cans of soda. “That was normal for me. That’s how I grew up and what I was used to. I was young, and I thought this food was good. I loved eating it every day,” Amanda says.

Initially, Amanda’s diet didn’t affect her negatively. She was fairly healthy and in good physical condition, due to her fast metabolism. But once she entered her late teens, things started to change. 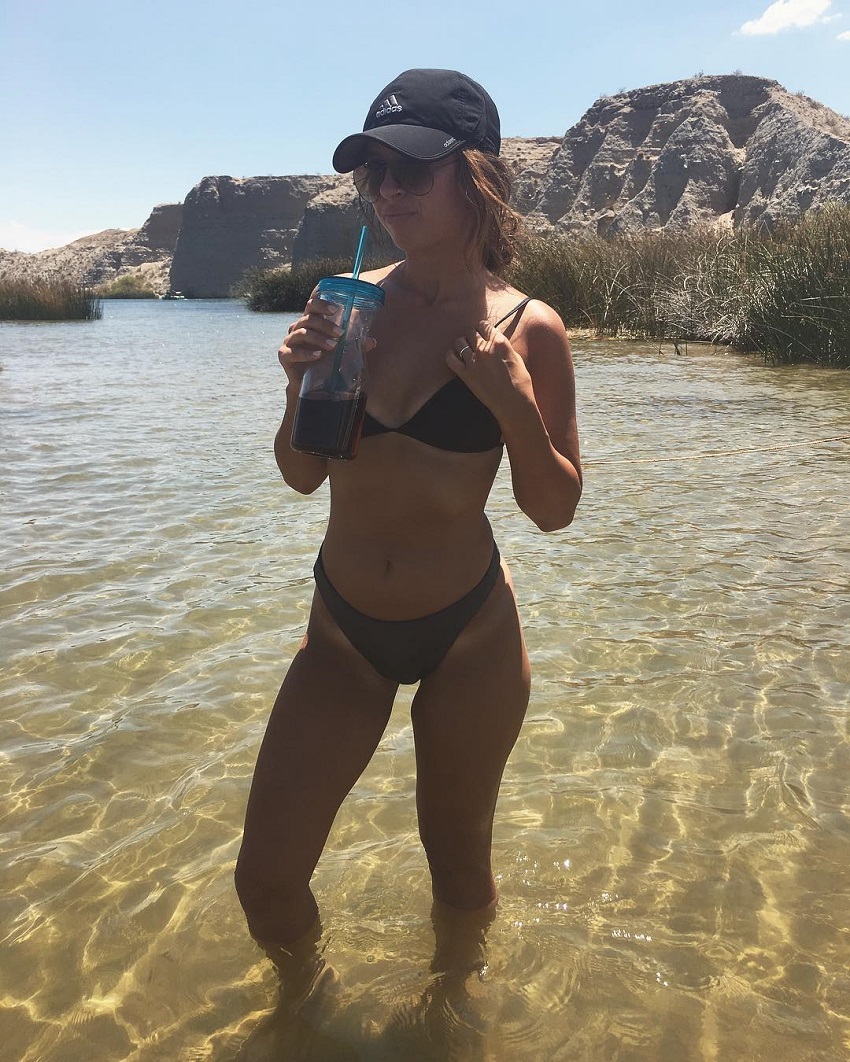 In 2013, Amanda’s unhealthy diet started catching up with her. After starting a relationship with her boyfriend that year, Amanda began to gain excess weight.

Because of her weight issue, Amanda soon began feeling unhappy and insecure in her own skin. The people around her were also affected, in Amanda’s own words;

“When I started a relationship in 2013 with my current boyfriend, I started gaining weight drastically. I don’t know why, but it definitely started to affect him as well as me.”

For the next several months, Amanda went on a downward spiral. She kept binging on unhealthy foods, which only made her feel more and more depressed.

“When friends asked me to go to the beach I always had to make up excuses each time due to me not wanting to put on a bathing suit. I was insecure, very depressed and eating my emotions away.”

Eventually, her situation became so unbearable that Amanda had no other choice than to make a change.

She woke up and looked at herself in the mirror one day, realizing that she didn’t want to look or feel this way anymore. It was at this point, her transformation began. 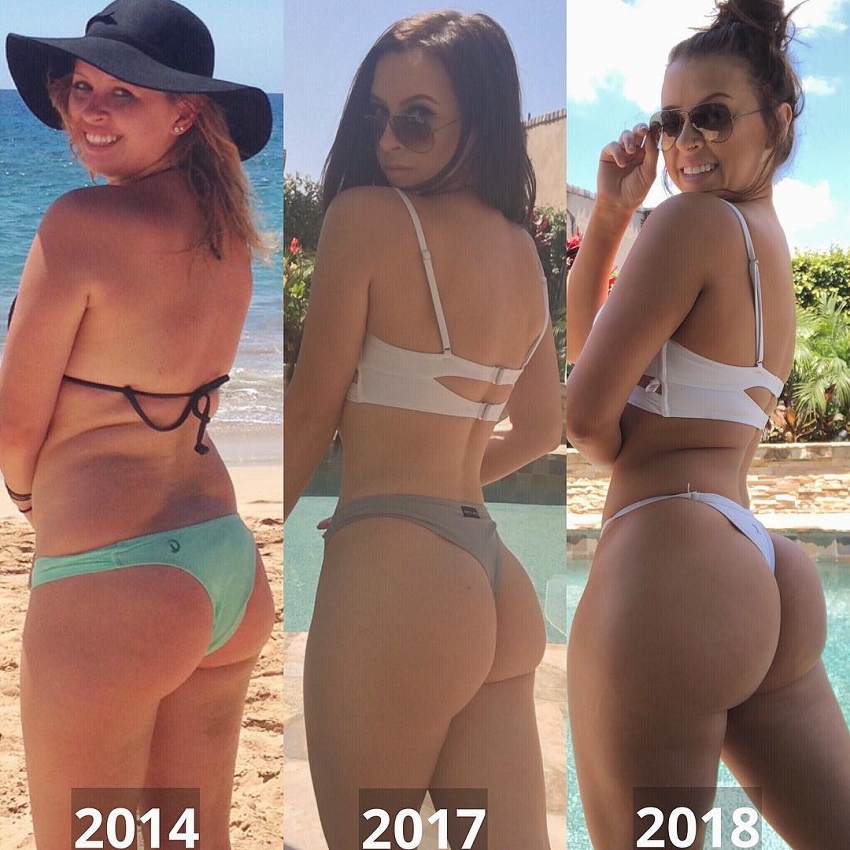 Becoming a New Person Through Fitness

After deciding to improve her situation, Amanda started to make changes to her diet and training. She began counting her calories, consuming between 1300-1600kcal per day.

Additionally, Amanda adopted a consistent workout routine, which consisted of cardio and weightlifting.

Over the months, these changes saw Amanda’s physique improve drastically. She didn’t only look better, but also felt much happier than before.

Before long, Amanda became ‘addicted’  to her new lifestyle. After seeing the changes she’d made, she kept working harder and harder – achieving even more progress over the coming months.

After several years of consistent training, Amanda was in the best shape of her life. She now boasted a strong physique and even stronger mindset.

Spurred on by her own success, Amanda began sharing her journey with the online world through social media.

Before long, Amanda attracted numerous people with her amazing transformation pictures. This led her to start a career in fitness – becoming an online influencer and brand ambassador of renowned fitness companies. 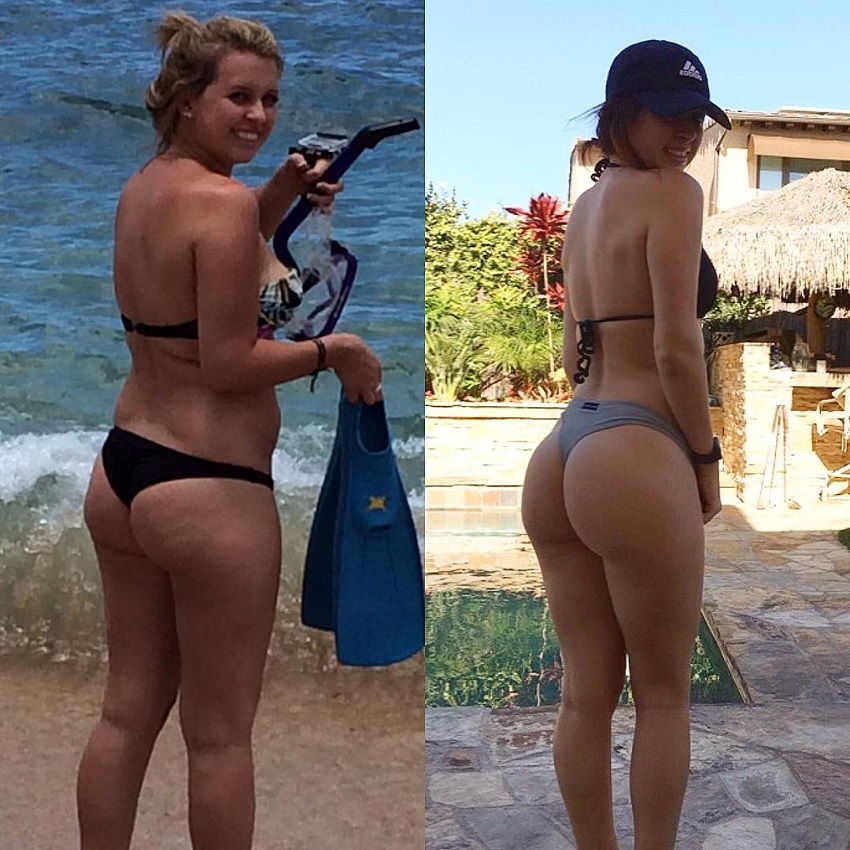 Another photo of Amanda’s body transformation.

When she initially started training, Amanda had a problem with consistency. She says; “Before I would maybe workout a couple times a week or go every day for a month and then stop going for six months and then start all over again.”

Needless to say, this approach didn’t bring a lot of results to Amanda. It wasn’t until she began training consistently, week after week, when her results became much more apparent.

In order to achieve her amazing transformation, Amanda did both cardio and strength training.

While cardio helped her improve her cardiovascular system and fat loss, strength training enabled her to carve out a strong and toned figure. 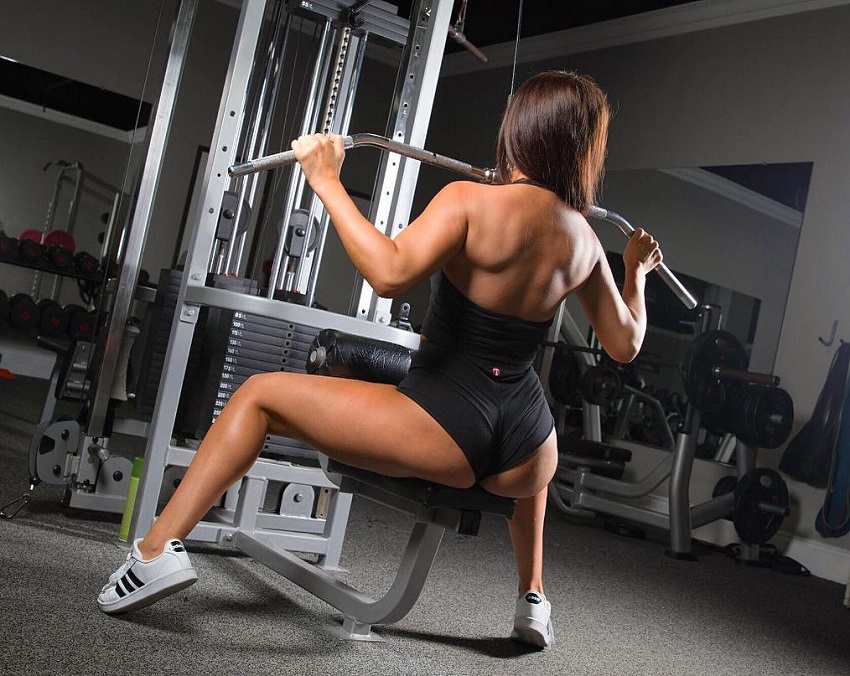 Making Crucial Changes in Her Diet

Much like with her training, Amanda wasn’t consistent with her diet during the initial phase of her fitness journey. She thought that if she trained hard enough, she could eat whatever she wanted. In time, she realized this didn’t work.

Amanda realized that the only way for her to achieve long-term progress, was to stick to a consistent nutrition regimen. After she started doing this, her results ‘blew up.’

Nowadays, Amanda mainly eats healthy and clean foods, making sure to consume a balanced ratio of proteins, healthy fats, and carbs in each of her meals.

Every now and then, Amanda also rewards herself with her favorite ‘cheat meal.’

“I ate pretty much whatever I wanted because I thought it was okay since I went to the gym sometimes.

My diet now is very clean and I track everything I eat, I do have cheat days for sure though because no one is perfect.” 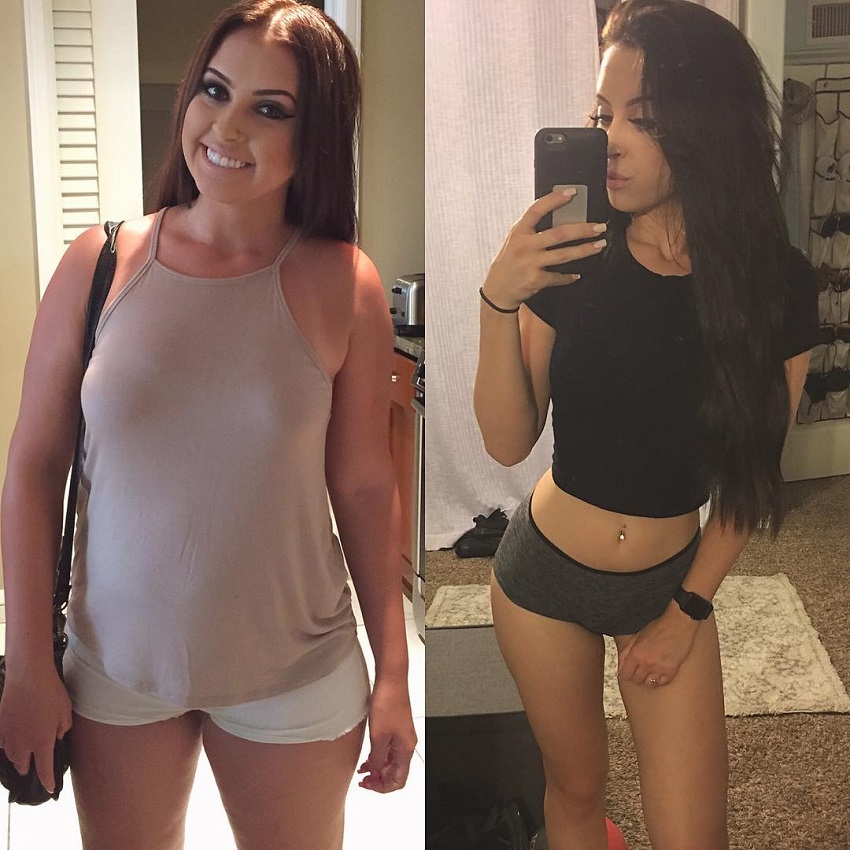 One of the influences in Amanda’s life is her partner, who encouraged her to start her weight-loss transformation.

With the support of her partner, family, and friends, Amanda was able to achieve all of the fitness goals she’d set for herself. 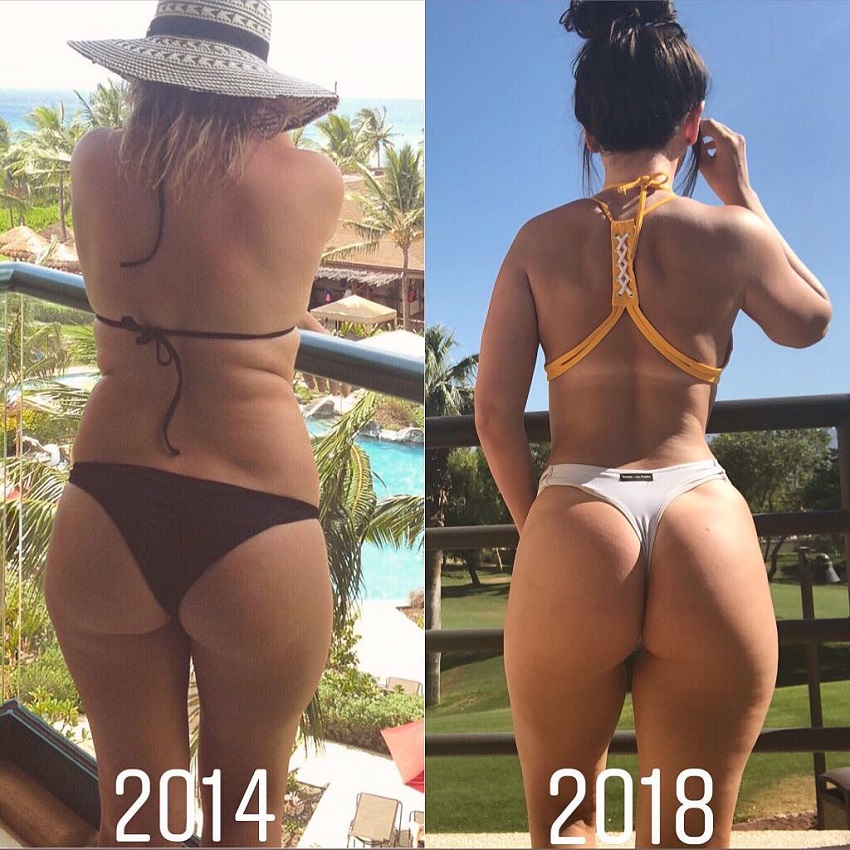 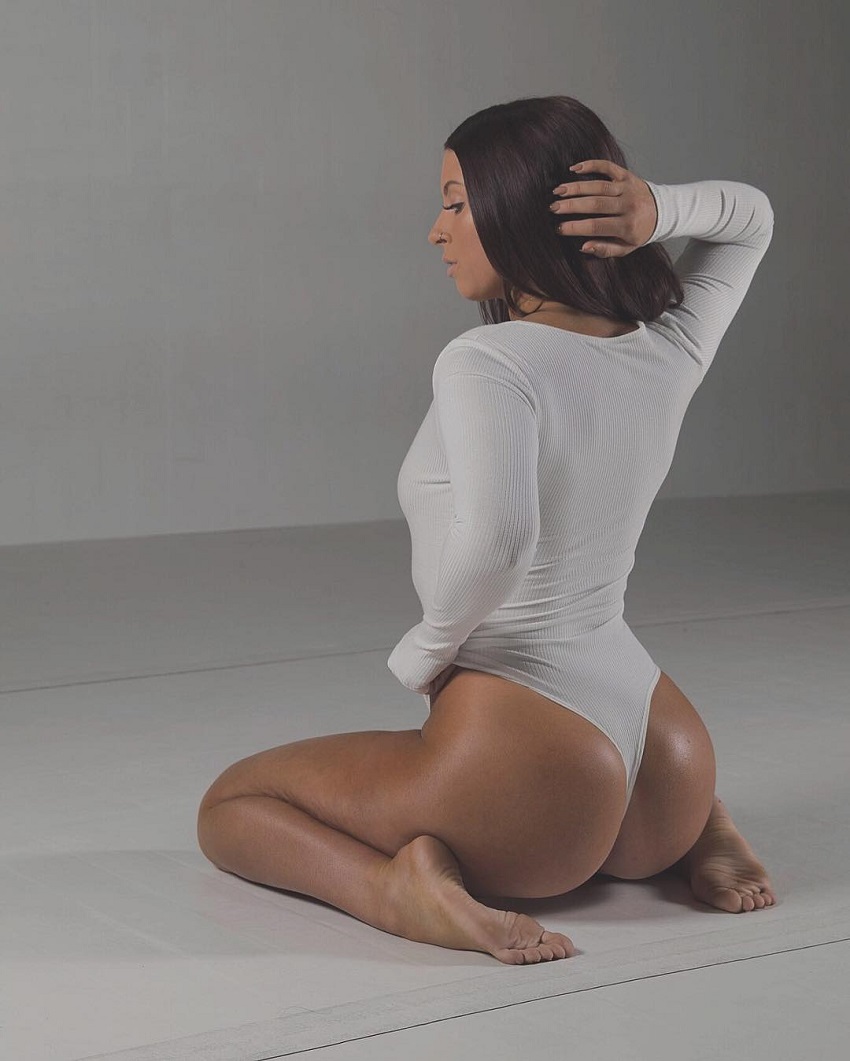 What we can learn from Amanda Hagan

What we can learn from Amanda Hagan, is that no matter what your situation is, you can change it with enough commitment.

Amanda started her journey as an overweight person. She was also unhappy with her life and didn’t have any self-confidence. Eventually, when things became too difficult to endure, she decided to transform her life once and for all.

Through years of countless gym sessions, clean dieting, and sacrifice, she made all of her goals true. With her success, she’s shown us that every goal is achievable, as long as you put in the work to get there.

You are so very amazing and what an amazing transformation! You are such an inspiration for us all! Thank you! So very gorgeous too!