Alysia Macedo, a.k.a. Magen and the ‘Real Life Wonder Woman’, is a fitness coach and bikini competitor who has served as a dental assistant in the US Air Force. Her fitness journey began from an early age, starting out in Karate at the age of 8.

Alysia’s parents wanted her to live a healthy lifestyle – so she did just that. Fitness quickly became a huge part of her life, forming a foundation for her future fitness career.

However, things weren’t always so great. She has battled against anxiety and personal confidence issues that often left her close to breaking point. In addition, a busy lifestyle took its toll on her, but she soon learned to take this within her stride.

Alysia managed to forge a successful career in the military as a dental assistant, working full time while pursuing her passion for fitness. She aims to inspire others to overcome hurdles in life, to become the best possible version of themselves. This is her story. 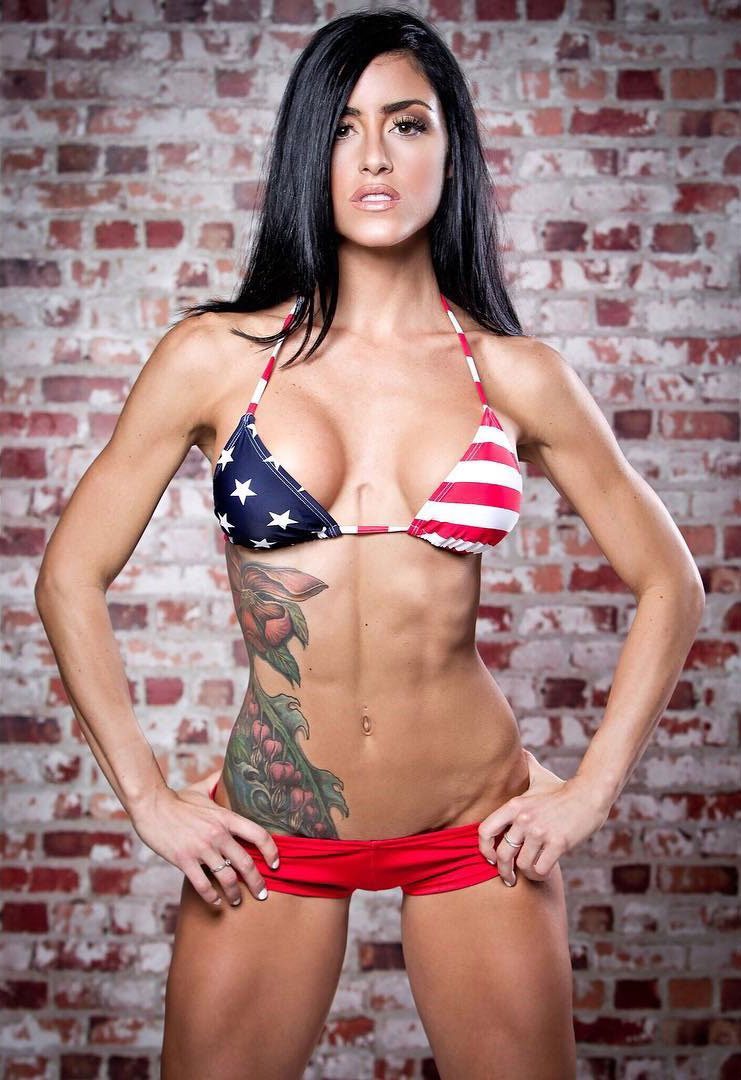 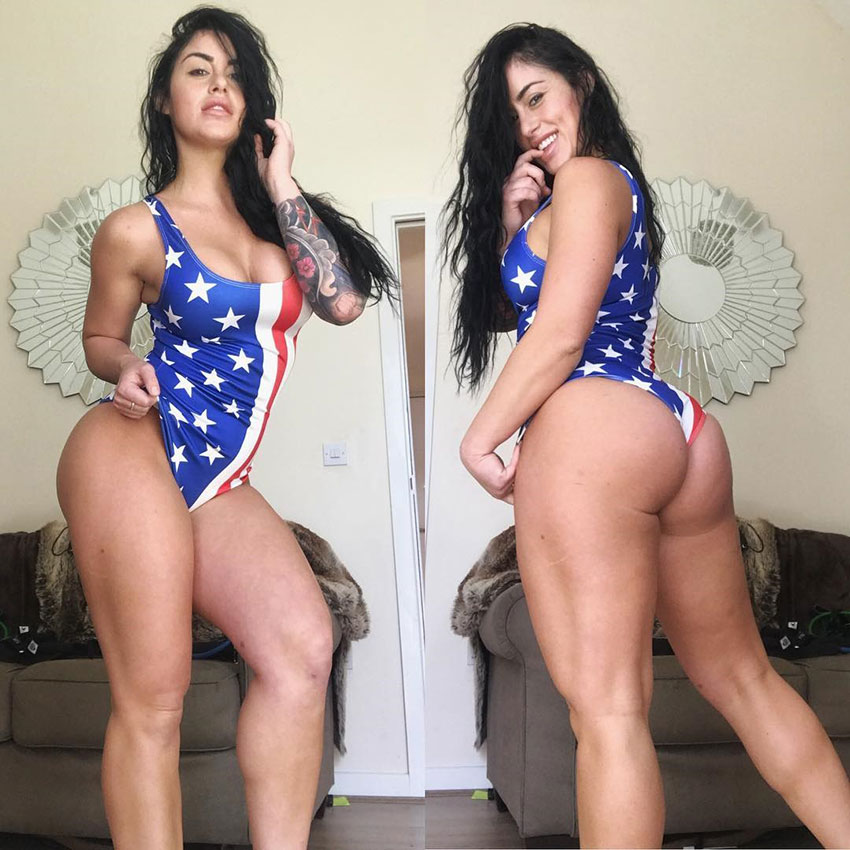 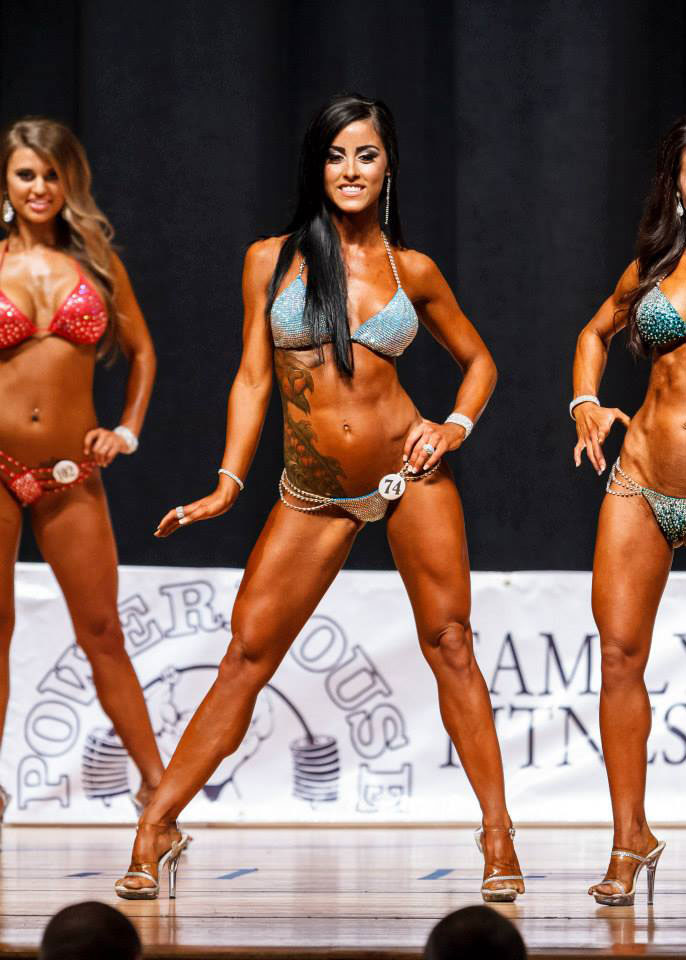 Alysia’s fitness journey began in her early childhood. Her parents were keen for her to become involved in sports, so Alysia started karate at the age of 8 – from here, fitness became a huge part of her life.

Alysia’s parents were huge believers in living a healthy lifestyle, so they would provide her with healthy meals so that she could reap the benefits of her athletic lifestyle. This became a way of life for Alysia, continuing this into adulthood.

Alysia spent minimal time indoors as a child – not even owning a TV while growing up. Instead, she would choose to spend the majority of her time outdoors taking part in sport. This formed a foundation for Alysia to take her fitness journey to the next level later in her life.

Joining the US Air Force

Alysia entered the US Air Force at the young age of 19. This would mean working long, unsociable hours amounting to a hefty working week. She ran a busy schedule meaning that her fitness journey would initially hit a set-back.

However, when she got her military career on track, Alysia began to find the perfect work to life balance. Despite the long hours she worked, she made time for fitness. Alysia knew this wouldn’t be easy, but working in the military taught her the true meaning of hard work.

Alysia’s dream throughout her childhood was not only to serve her country, but also to travel the world. By entering the military, she was able to achieve both these dreams. 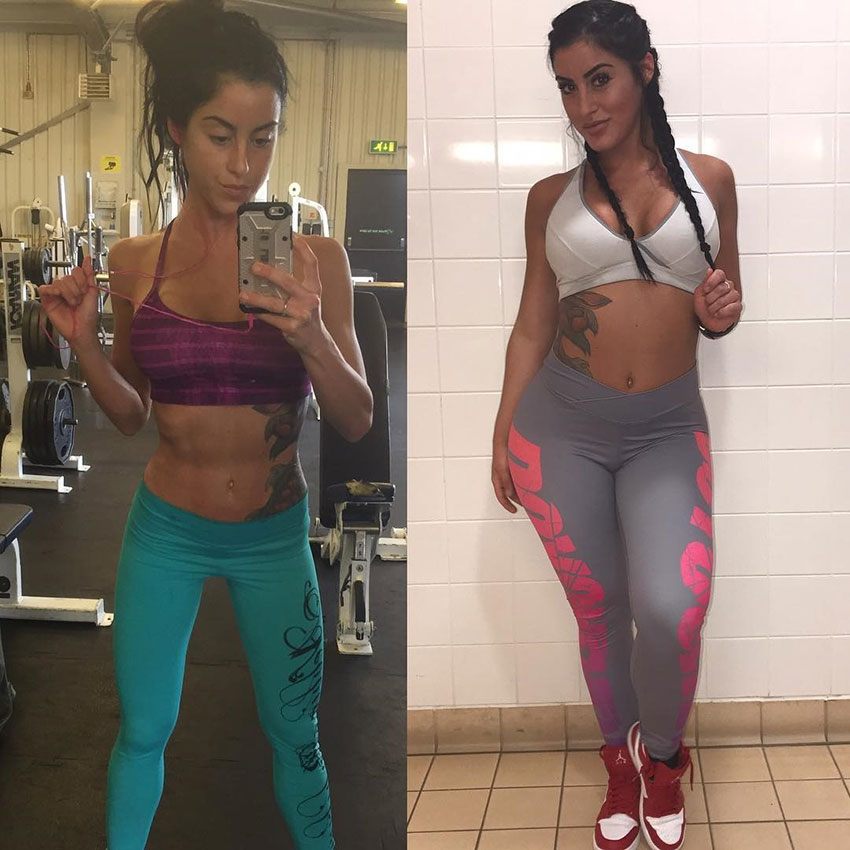 Alysia when she was lean, compared to how she looks now.

Alysia saw her friends find success by starting out competing in bikini competitions. She eventually became interested in this herself, so she began to take the necessary steps in order to pursue this.

Alysia had already come a long way in her fitness journey so far, obtaining a phenomenal physique in the process. However, competing in bikini competitions allowed Alysia to take her journey to the next level.

Her first competition came in 2014, when she appeared at the Panhandle Showdown in Pensacola, Florida – Here she became NPC national qualified – finishing in 2nd place. This was the highlight of her early fitness journey, giving her a platform to move onto greater things.

Alysia has seen her fitness career truly take off. She became a fitness coach to offer her fitness expertise – allowing her clients to achieve the same things she has.

Alysia continues to remain motivated, knowing that her hard work delivers solid results. She was able to place her anxiety and insomnia issues in the past, to become the best possible version of herself.

She regularly shares her story with others across her online pages, as she saw her followers begin to grow at a fast rate. This gave Alysia a platform not only to guide her away from negativity, but also a way of inspiring others.

Furthermore, whenever she has some spare time, Alysia teaches one of her other passions in life – raising awareness of the prevention of violence, sexual assault, among other things, to those around her at the military base. 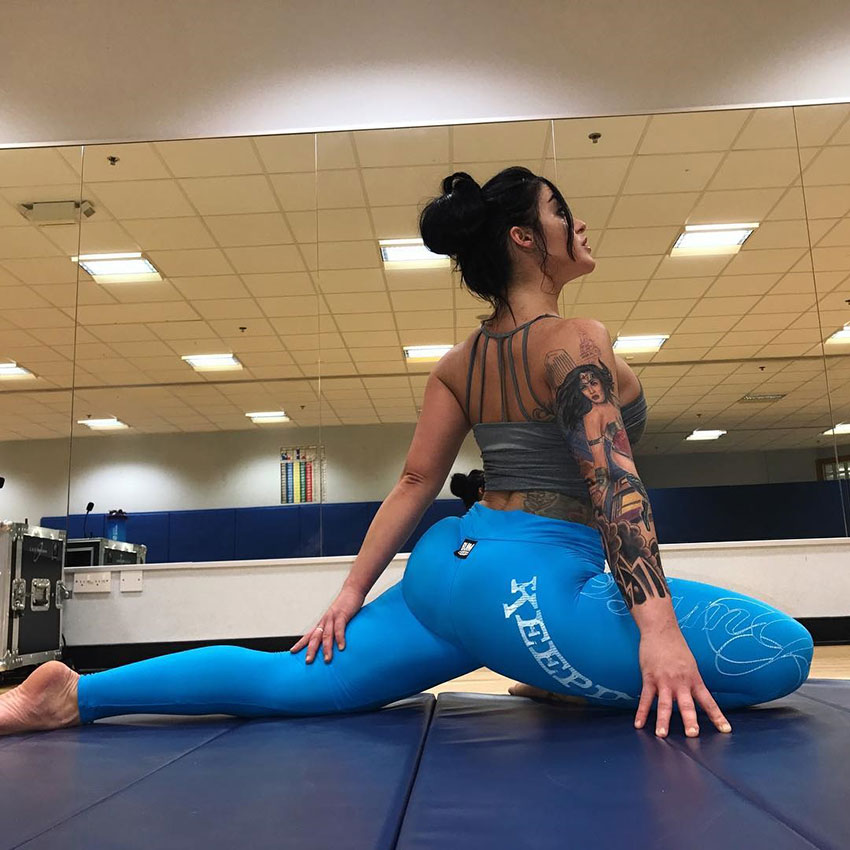 “I want to show others that you can have a full time job and still stay in shape. You just need goals and balance”.

Serving for the US Air Force commands a very busy schedule for Alysia. However, she doesn’t let this negatively impact her training. When on the move, she utilizes resistance bands – allowing her to work out anywhere, anytime.

She trains regularly, sometimes twice a day in order to achieve maximum results. She wakes up at 4:00 a.m, trains for up two hours doing fasted cardio, then performs resistance training after she has completed her workday. This shows the sheer amount of dedication that Alysia has, with the goal of maintaining and building upon her amazing physique.

Alysia cites training her lower body as her main focus when training in the gym, revolving around the use of the following exercises: 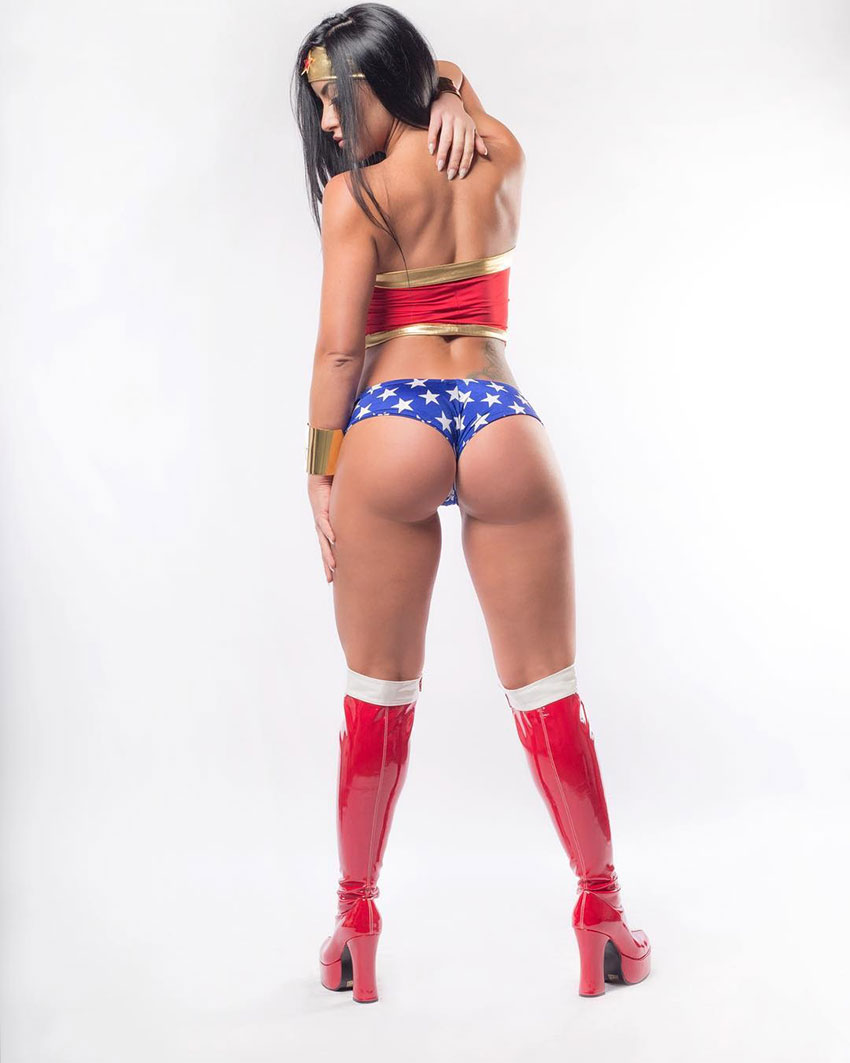 Alysia grew up on a healthy, clean diet provided by her parents. This formed a basis for her to continue this into her adulthood, rarely indulging in unhealthy foods that could potentially make a negative impact on her nutrition.

Alysia made it her goal to build muscle and tone up. This is when she began conducting research, unsure of how to build her physique further. Eventually, Alysia found the right balance in terms of the macronutrients that formed her diet.

Additionally, Alysia revolves her diet around eating healthy fats, complex carbohydrates and protein, preparing her meals in advance so she doesn’t fall off track.

To stay healthy and remain on target to reach her goals, Alysia avoids the following foods in her diet: 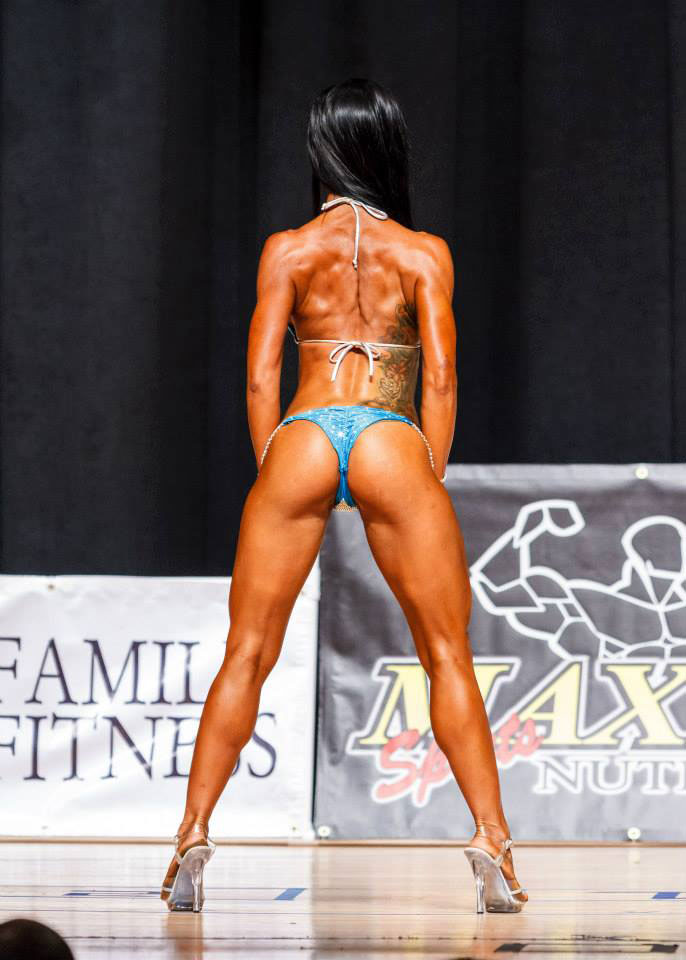 Alysia’s career in the military taught her many important life lessons. This included how to become self-motivated, while overcoming any obstacles that appeared in her life. The military inspired her to follow the message: ‘with hard work comes results’, so Alysia used this as a basis to improve other areas of her life, stating the following:

“For me I found out motivation comes from loving something so much that you make time for it, no matter how hard it is”.

However, she hit difficulties along the way, initially setting her back. She began suffering from personal health issues, leaving her close to her limit. But through the support of her loved ones, she was able to see this through – making her a stronger person.

She cites her followers as one of her biggest influences, as they offer her support when she needs it the most. This inspired Alysia to achieve more in her fitness journey – sharing her story and fitness expertise with others, so they could do the same. 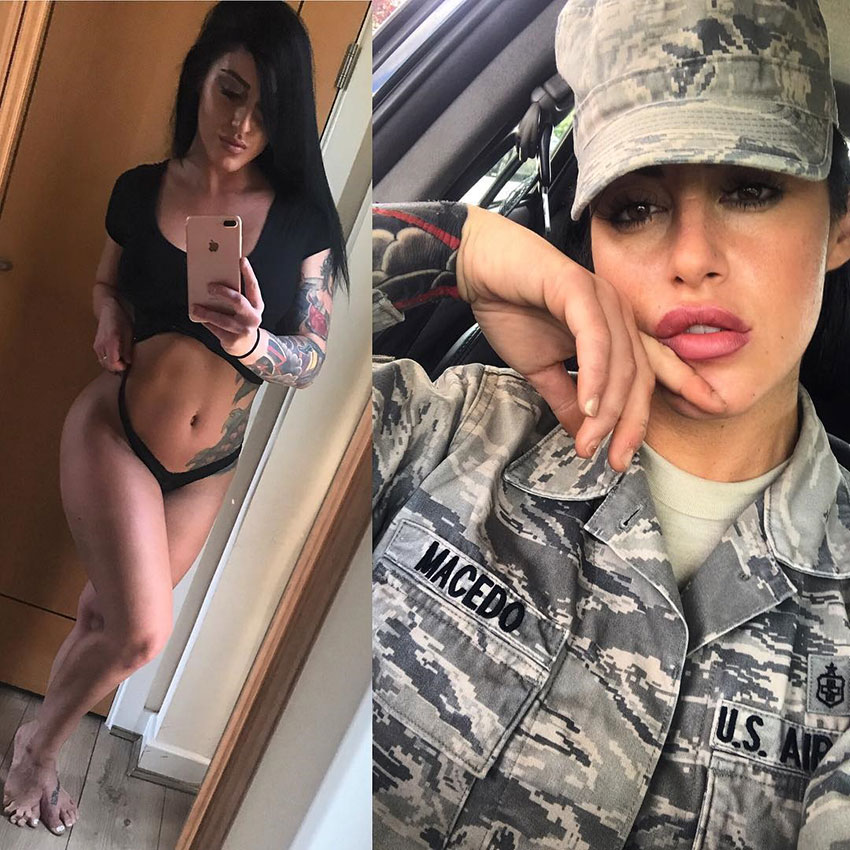 “I just think positive, and remind myself what my goals are, and how good it feels to reach them”.

What we can learn from Alysia Macedo

Alysia has proven that she is an inspiration to many people across the world. She was able to achieve the things she dreamed of as a child through sheer hard work and dedication. Not only was she was able to achieve great things in her fitness journey, but also build a successful career in the military.

Alysia hit obstacles throughout her life that could have potentially jeopardized her fitness journey, including dealing with anxiety and insomnia. However, through the support of others and by sticking to her motto: ‘fitness isn’t a goal you reach, it’s a lifestyle’, she was able to continue to move forward in her fitness journey.

What we can learn from Alysia Macedo is that sometimes, leading a busy lifestyle can lead to a lack of motivation for fitness. But, by maintaining a dedicated mindset, it really is possible to find the right balance in your life – obtaining your fitness goals along the way.

Wow, great story. Amazing woman. Wonder Woman does not do this amazing lady justice. Just a special person overcoming the stuff that life gives us. Not perfect but amazing none the less. She has my love.
Evan