From lifting weights as a hobby to developing into a professional fitness athlete, Aline Barreto has become an icon in the industry.

She began lifting at 16 after becoming unhappy with her physique. By the age of 31, Aline had placed in numerous competitions, winning 10 trophies in the process. 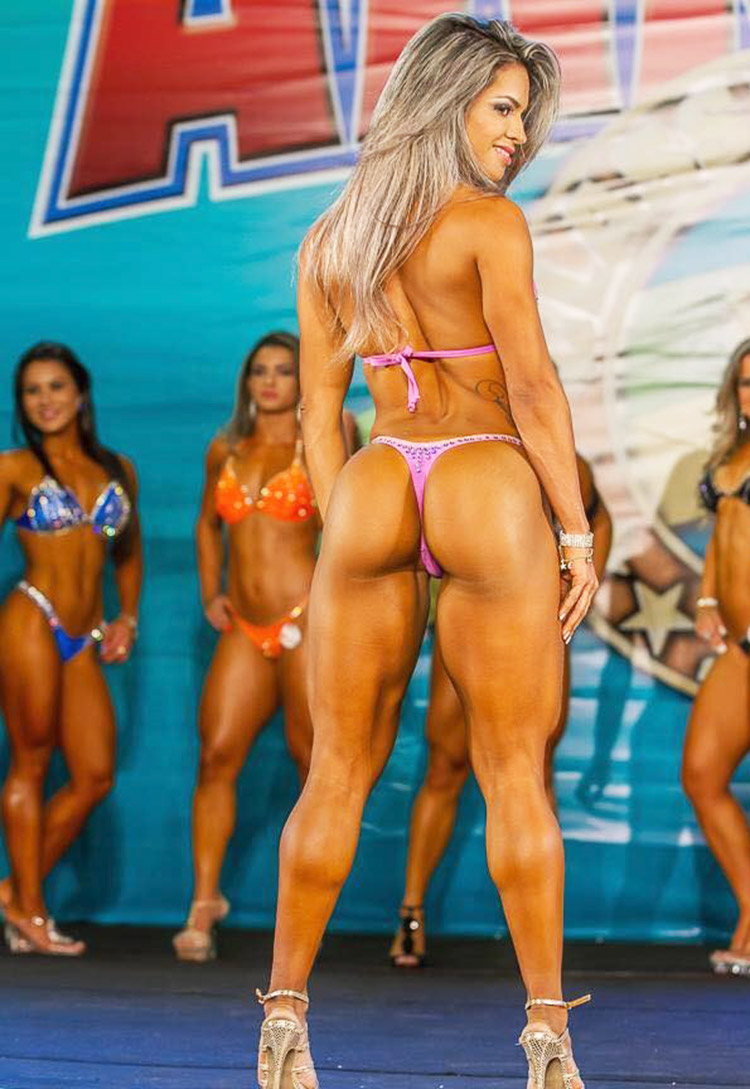 “I always liked the practise of weight training, but only considered competing after working out for 5 years” 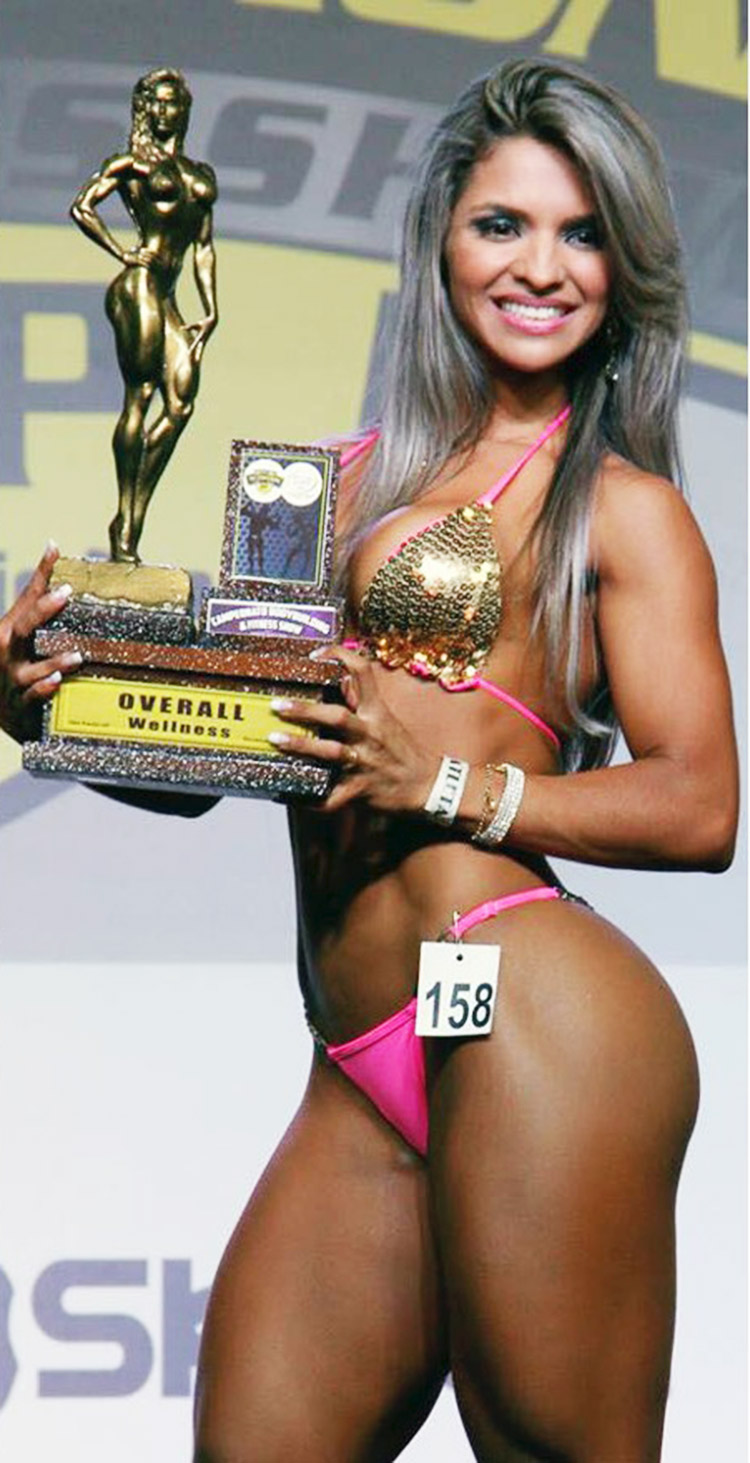 “I always try to focus on a goal to get the best results.” 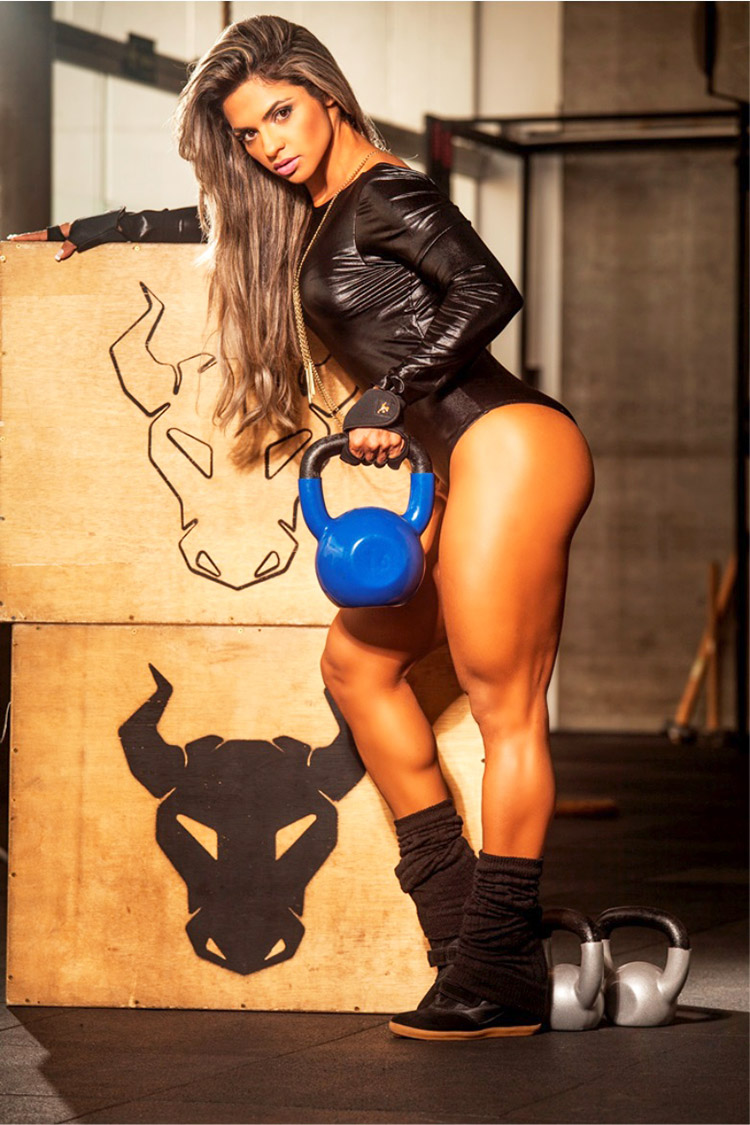 “I was unhappy with my appearance in my early teens. I was very skinny so I wanted to add some muscle with weight training”

Born in Rio De Janeiro, Brazil, Aline became embarrassed with her appearance during her teenage years. She knew that she was very skinny for her age and wanted to tone up.

At the age of 16, in 2001, Aline started training in the gym, embarking on her fitness journey.

For the next two years, she lifted weights in the gym, slowly developing her body. She was determined to sculpt her dream physique.

In 2003, Aline fell pregnant at 18-years-old and was forced to stop training. After giving birth to her child, she took a further two years away from the gym.

But she hadn’t given up on her ambition. 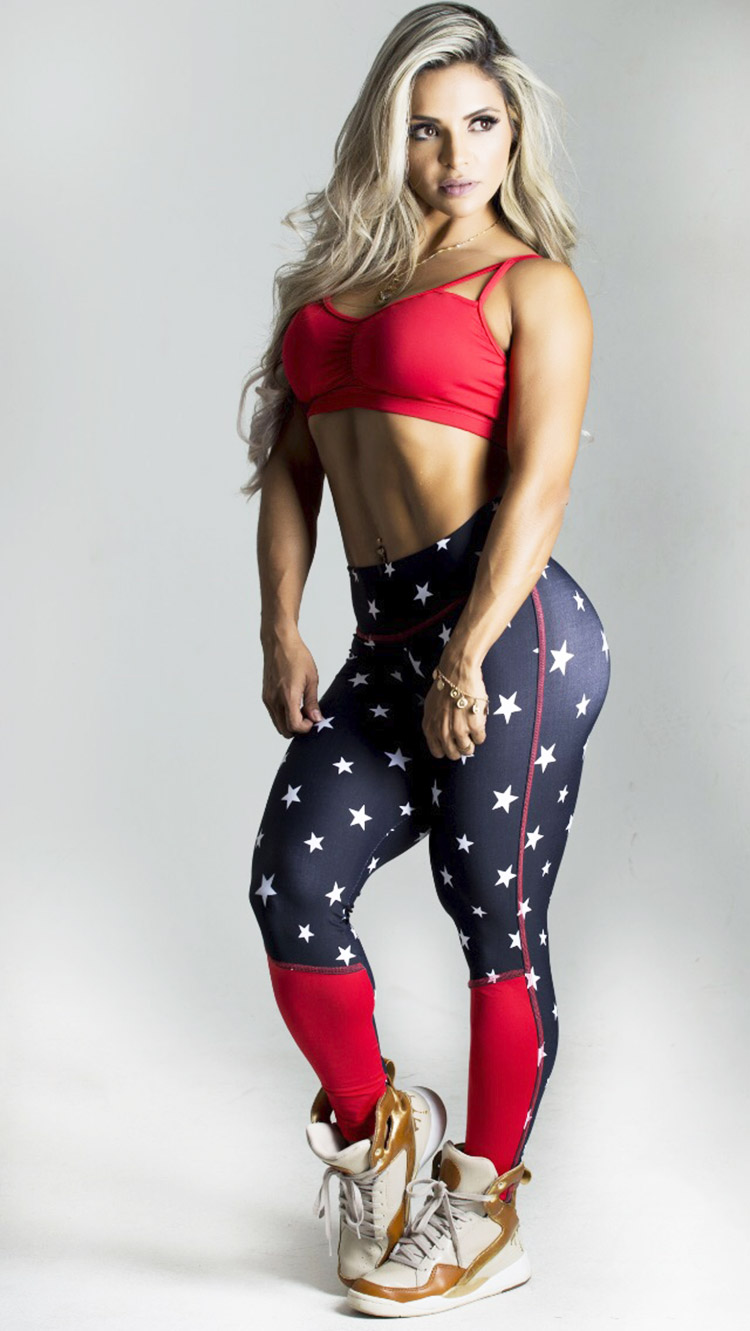 Return to the Gym

Towards the end of 2005, Aline had recovered from the strains of childbirth. At 20, she focused on building her body again.

She returned to the gym and set her sights higher than before – she wanted to compete as a fitness athlete.

Despite the added stress of raising a baby, she was more determined than ever to succeed.

Over the next 8 years, Aline trained whenever she could to sculpt her body while being a mother. However, she made more progress than she’d anticipated.

Gifted with great genetics, Aline found herself in incredible shape and began to realize her potential in fitness. She was excited to see where the industry could take her.

After being inspired by Bikini Athletes on social media, at the age of 28, she entered her first competition – the 2013 Mr. Cabo Frio. All of her hard work paid off, and she walked away as the champion in her debut show. 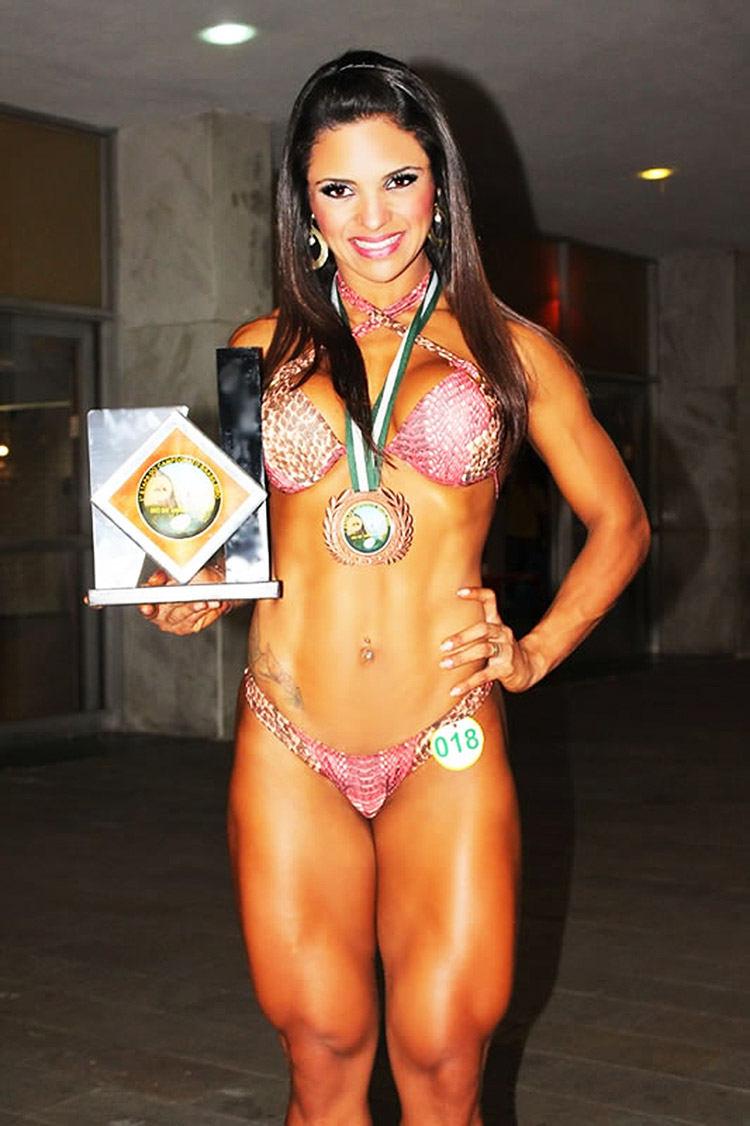 Riding high from her victory, Aline was hungry for more. It wasn’t long until she entered her second contest – 2013 the Nutri House Cup in Brazil.

She managed to replicate her success and take home another trophy. But she was just getting started.

For the next 2 years, she dominated competitions in her home country, winning a further 8 shows. Aline gained more attention with every trophy, and she was soon noticed on social media.

By 2016, Aline attracted a mass of followers on social media admiring her incredible body. Not only had she sculpted one of the greatest female physiques in the world, but she’d become an online sensation. 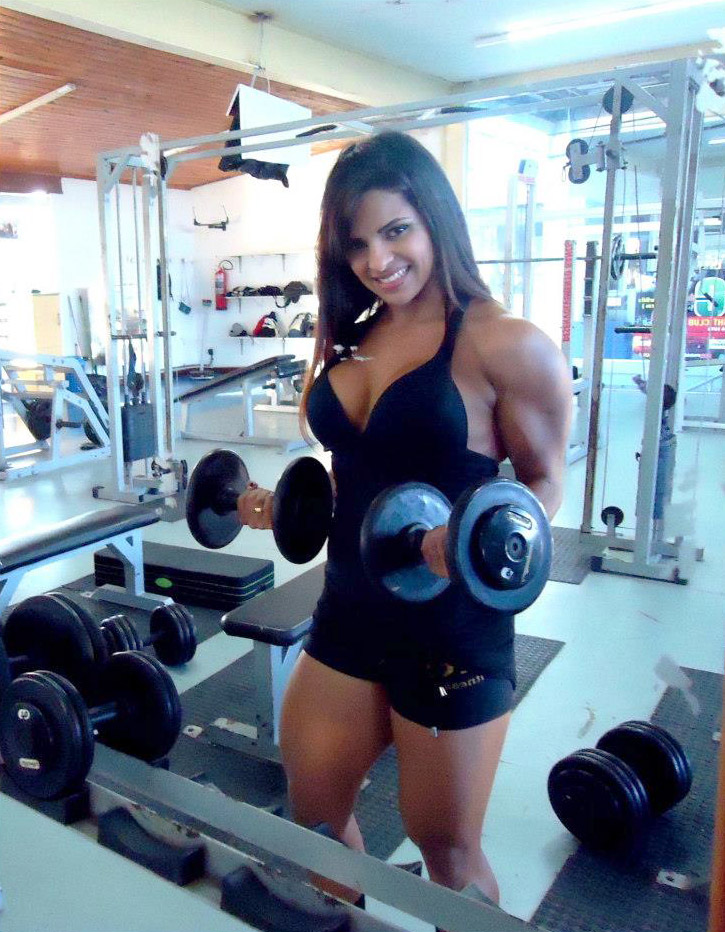 “I never train cardio, but I use HIIT in the gym.”

Unlike other athletes, Aline doesn’t train cardio to stay in shape. Instead, she relies on her weight training in the gym, making use of HIIT to keep her heart rate up.

She trains multiple muscle groups at a time, focusing on up to three per day. Her favourite workout is legs – she trains her lower body at least three times a week. 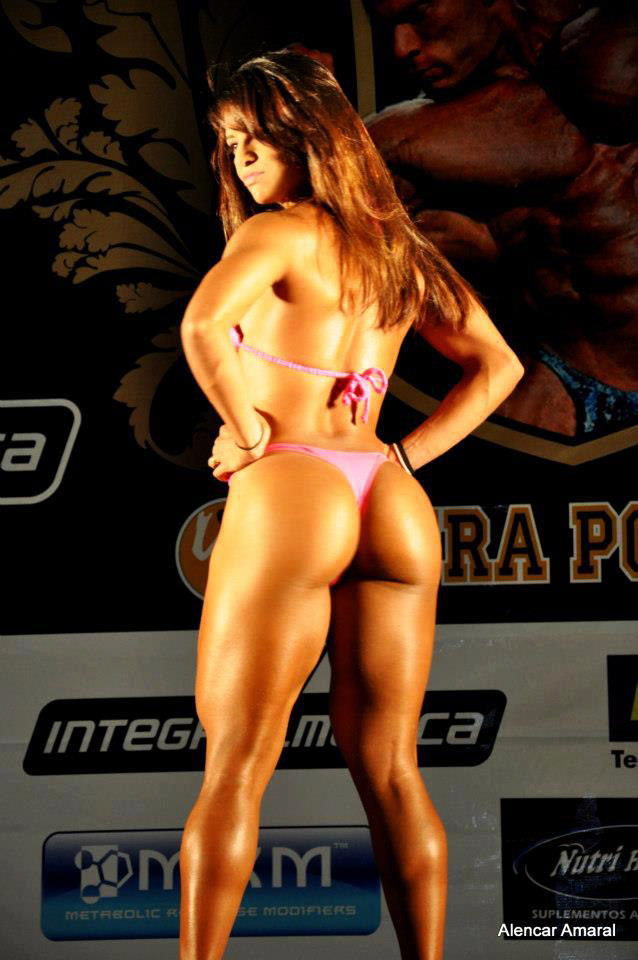 “My diet is always made up of complex carbohydrates and lean proteins.”

Aline plans her diet around lean proteins, complex carbs and green vegetables. She also makes sure to drink around 3 litres of water a day.

She separates her meals into 6 meals per day to feed her body. 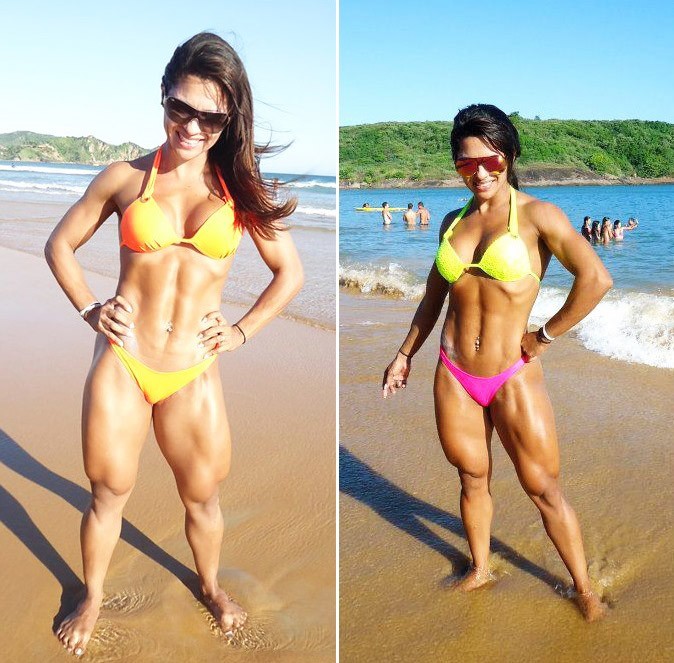 Aline has a number of fitness idols that have inspired her to achieve success in her career.

However, the three that she names specifically are Eva Andressa, GracyAnne Barbosa and Michelle Lewin. 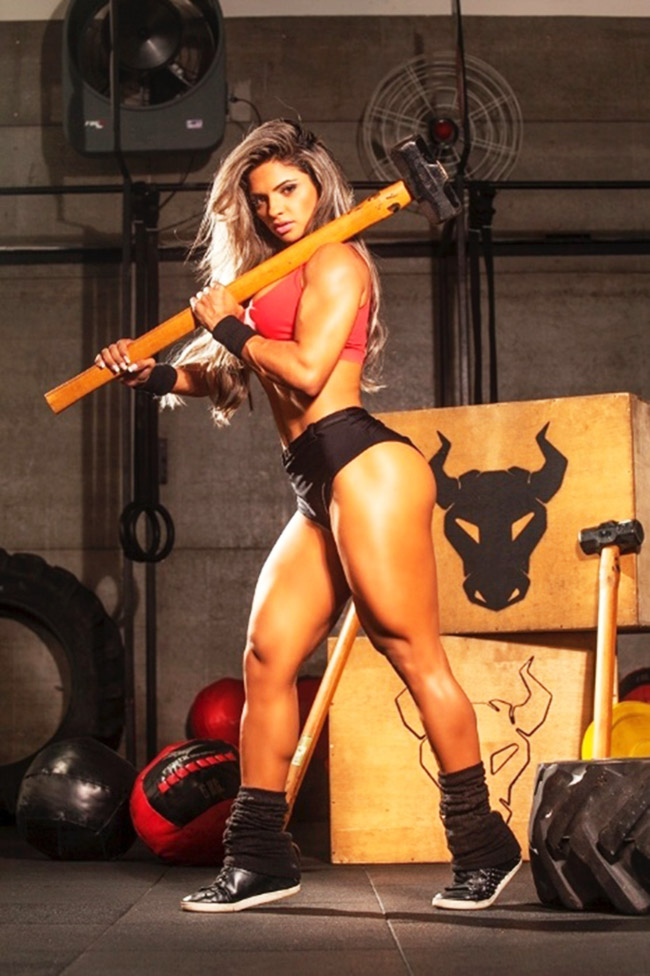 What we can learn from Aline Barreto

Aline has taught us to never give up on your ambitions, regardless of any life event. She was forced to pause her journey after becoming pregnant, but she returned to the gym as soon as she recovered.

One thing we can take away from Aline’s story is that setting your goals high is important – if she hadn’t aimed to improve her body at 16, she wouldn’t have realized her potential in the industry and become an icon.

Absolutely adorable !! Do u include any kayaking in ur routine !?