Williams Falade’s passion for fitness was discovered from an early age. As a result, he established himself as a formidable athlete in athletic sports such as javelin, long jump, and triple jump throughout his time in high school.

Fast forward to his time in college, and his passions lay within dancing and gymnastics. Eventually, he was able to turn this passion into a career – becoming a backing dancer for the likes of Beverly Knight and Kylie Minogue.

However, Williams soon decided to take a different direction in his fitness career. It was at this point, he began to help others achieve their fitness goals, working as a community sports leader and later a regional fitness manager to achieve just that.

But one day, Williams set his sights on becoming a fitness model, inspired by a personal trainer who had achieved success on the fitness modelling stage. Soon enough, Williams was able to become a success in his own right – becoming a professional fitness model and sponsored athlete in the process. 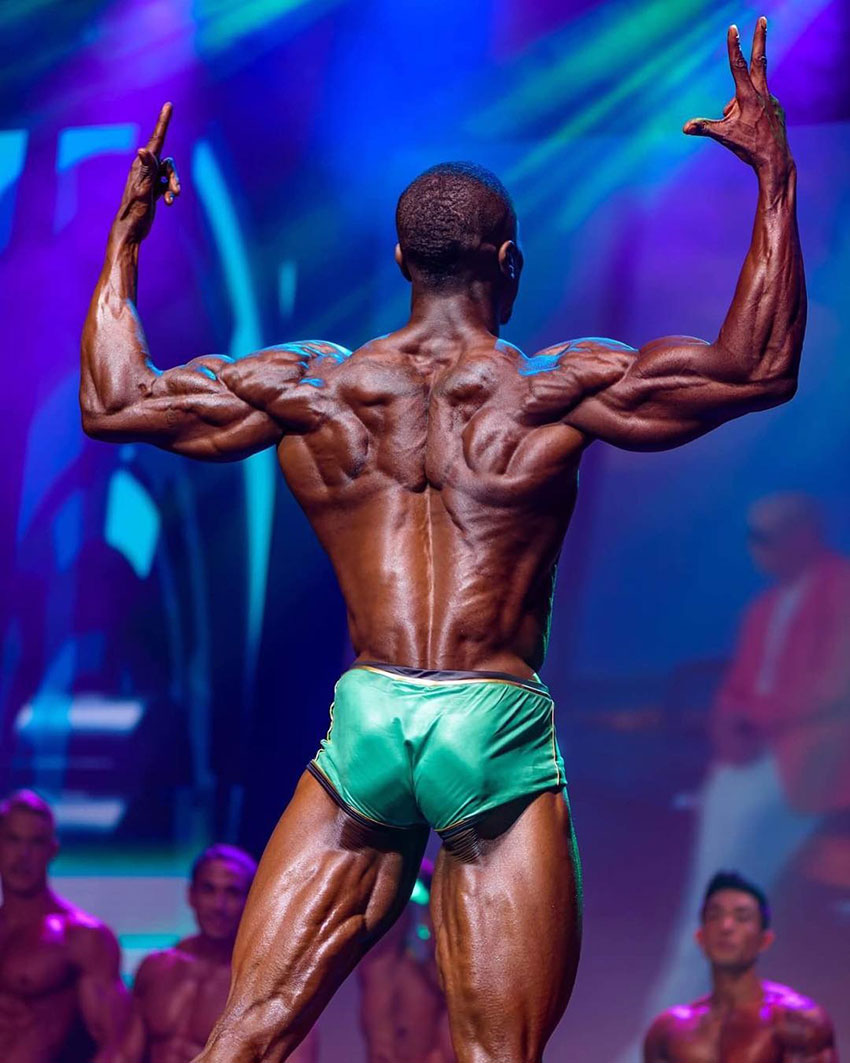 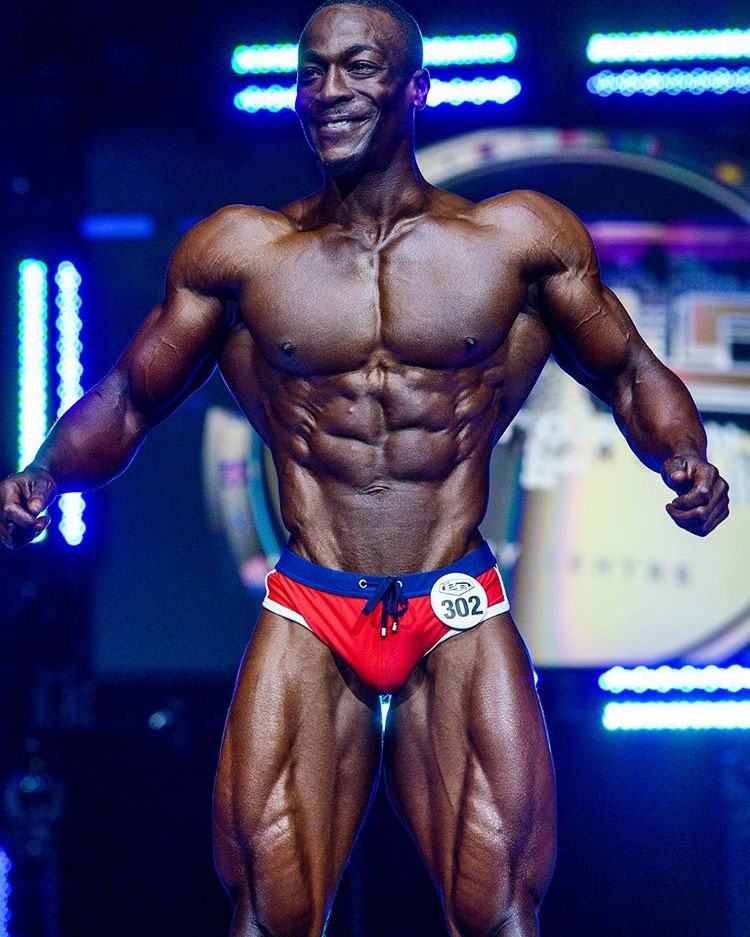 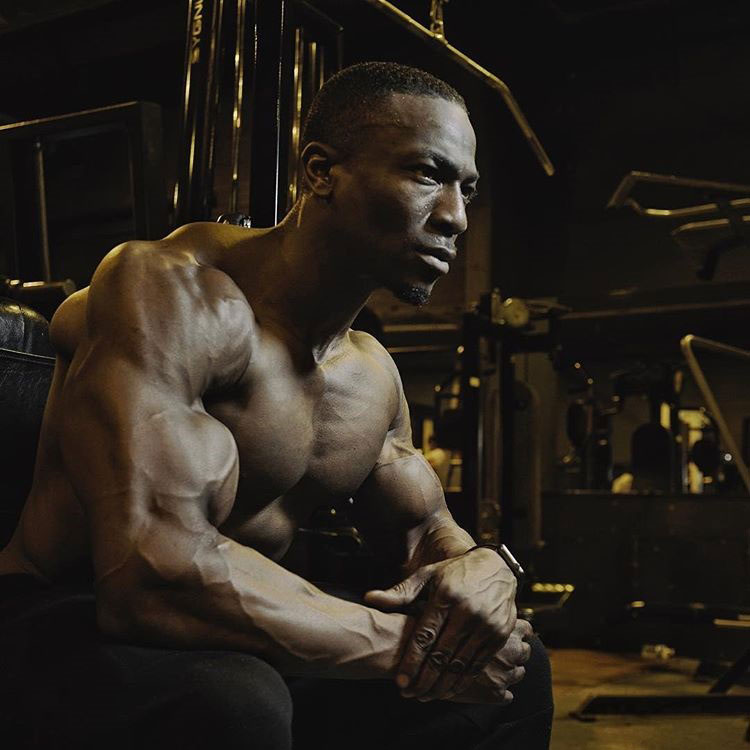 Williams was born in England in 1983. However, his early childhood was spent growing up in Nigeria. By the age of 8, fitness became a part of his life. It was at this point, the foundation for his fitness journey was formed.

By the time he reached high school, Williams and his family relocated to England permanently. It was during this time, Williams established himself as a formidable athlete. He took part in athletic sports such as javelin, long jump and triple jump – winning gold in these sports at his school championships.

After earning success in his school years, Williams went on to represent London in the English School Championships. It was at this competition, Williams came in 7th place in the long jump and 1st place in the triple jump – emphasizing his potential as an athlete.

However, by the time he reached college, Williams decided that he wanted to build muscle mass. He began training in the college gym, with the aim of achieving just that. From then on, he set out to build a great physique, following in the footsteps of his idols including Serge Nubret and Roger Snipes.

Later In His Life

Throughout his time in college, Williams started to take part in gymnastics alongside studying performing arts. It was during this time, he discovered a passion for music and dance. Soon enough, he was able to turn this passion into a career – this is when he began working as a backing dancer.

Williams’ career as a dancer quickly took off, working with the likes of Beverly Knight and Kylie Minogue in their music videos and on tour. This was something that Williams found fun and enjoyable. However, Williams soon realized that this wasn’t the career path that he wanted to follow.

After completing his college days, Williams began working as a community sports leader, helping people with disabilities reach their fitness goals. This was something that he loved, and shortly after, he began working with one Britain’s leading fitness organizations.

As a result of his hard work, Williams eventually earned himself a promotion to become a regional club manager. During his time working in this role, he set up a fitness class based on his own experiences. It quickly took off, and he soon found himself working alongside dance group Diversity to reach new heights in his fitness career. 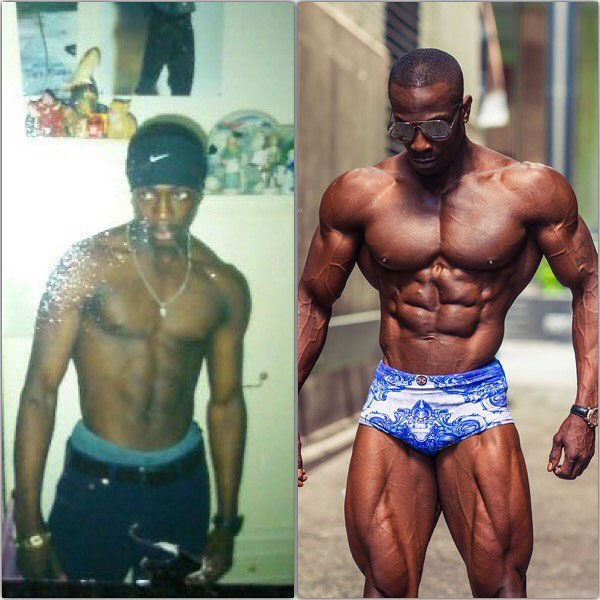 Williams in his younger days compared to how he looks now.

After working in the fitness industry for a number of years, Williams set his sights on giving himself a new challenge. It was at this point, a personal trainer who was also a fitness model showed Williams photos of his competition appearances.

From then on, Williams made it his mission to follow in his footsteps. He was inspired by his physique, so was determined to achieve the same level of success. Because of this, Williams started to follow a workout and nutrition program set up by a personal trainer.

Instantly, Williams made substantial progress by putting in hard work and determination into his training in the gym. Soon after this, Williams was ready to turn his attention to the fitness modelling stage.

Williams entered the WBFF World Championship in 2014, where he finished in 2nd place. From then on, he was hooked – eager to keep moving forward to achieve more success.

Williams was able to replicate the success of his WBFF World Championship win in 2014. He became overall fitness model champion at the Miami Pro European Championship in 2015. This proved that Williams showed great potential as a professional fitness model.

Fast forward to 2016, and Williams was able to become the WBFF Pro World Champion, emphasizing that Williams had made a name for himself on the fitness modelling stage.

As a result of his success as a professional fitness model, Williams was able to become a sponsored athlete. At the same time, he began to be featured in several well-known fitness magazines across the world, proving that his hard work had truly paid off. 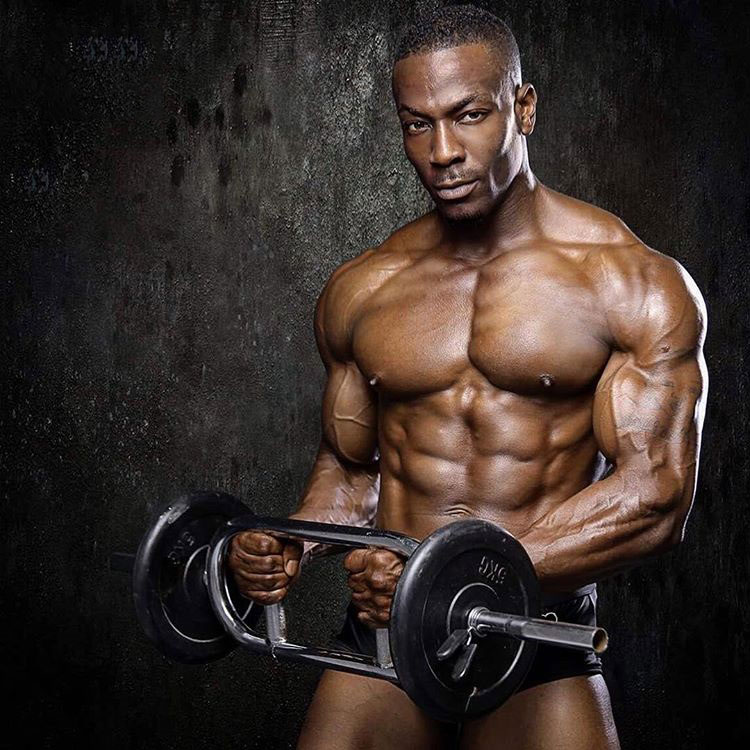 When preparing for competitions, Williams typically trains in the gym 5 – 6 times per week so that he’s able to stay on track. Additionally, Williams lists his favorite exercises as deadlifts, cable flyes, and leg extensions – performing these exercises regularly as part of his routine.

A workout that Williams uses in as part of his training program is listed below: 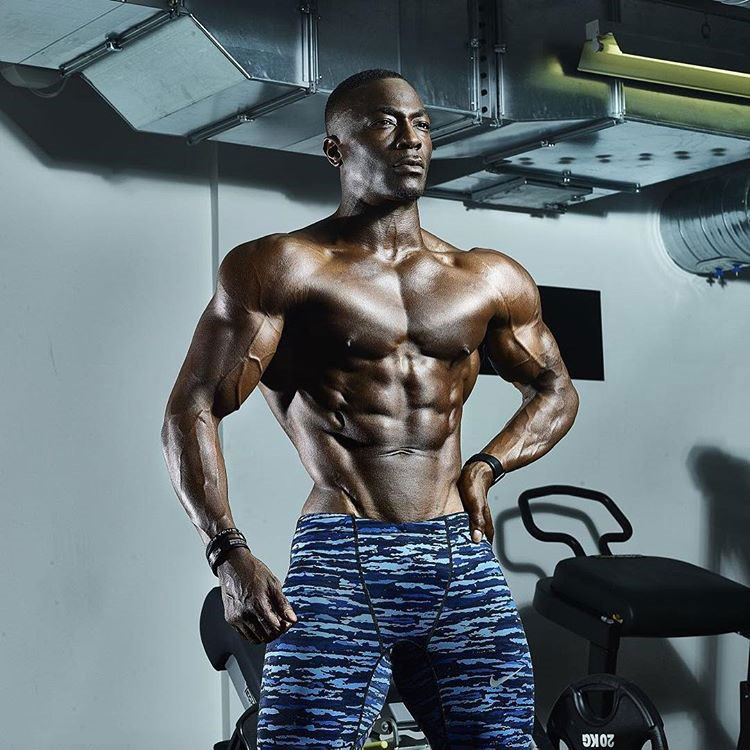 Williams’ aim is to stay shredded all year round. Since starting out competing, he has based his diet around eating clean foods. He avoids bread, processed sugars and oily foods, enabling him to stay on track to reach his fitness goals. However, he also allows for an occasional cheat meal for an extra incentive.

Williams generally eats 7 meals per day, revolving his diet around the following foods: 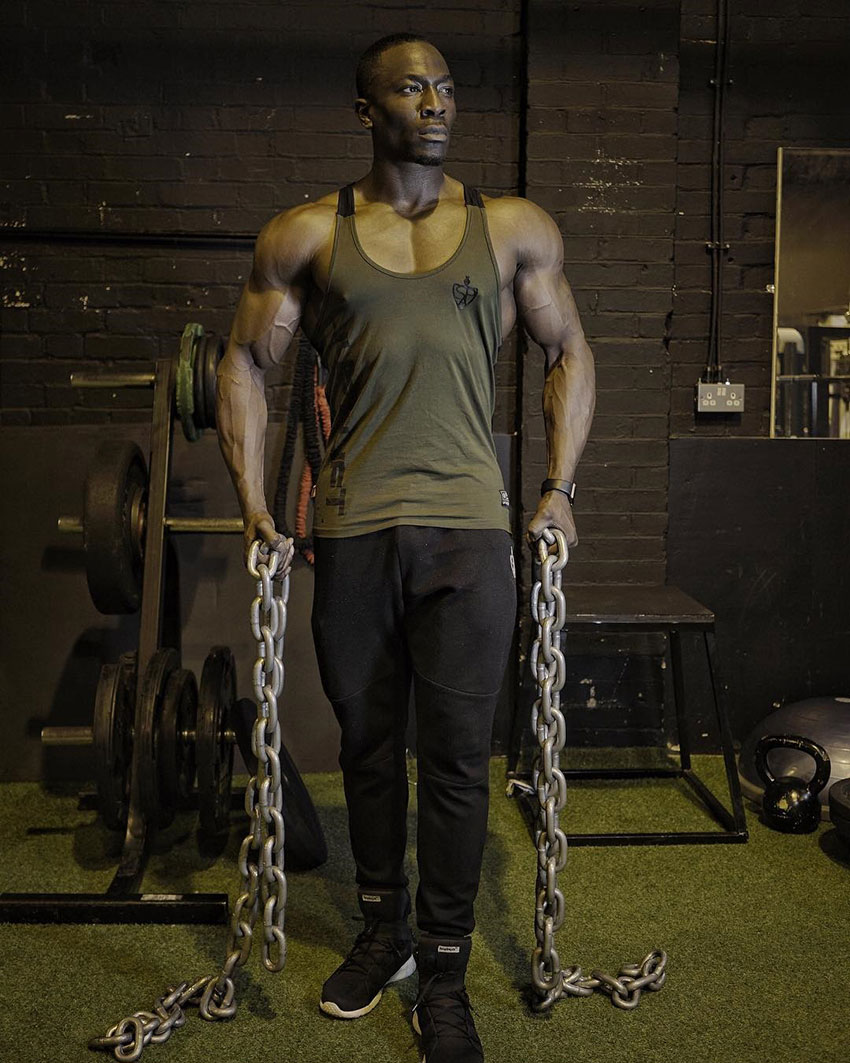 Serge Nubret, Roger Snipes and Simeon Panda are the figures in bodybuilding who Williams idolizes. Throughout their careers in fitness, they have earned phenomenal physiques through hard work and dedication in their training – inspiring Williams to do the same.

However, Williams learned to become self-motivated and self-disciplined throughout his fitness career. Because of this, he remained on target to reach every goal that he set for himself. 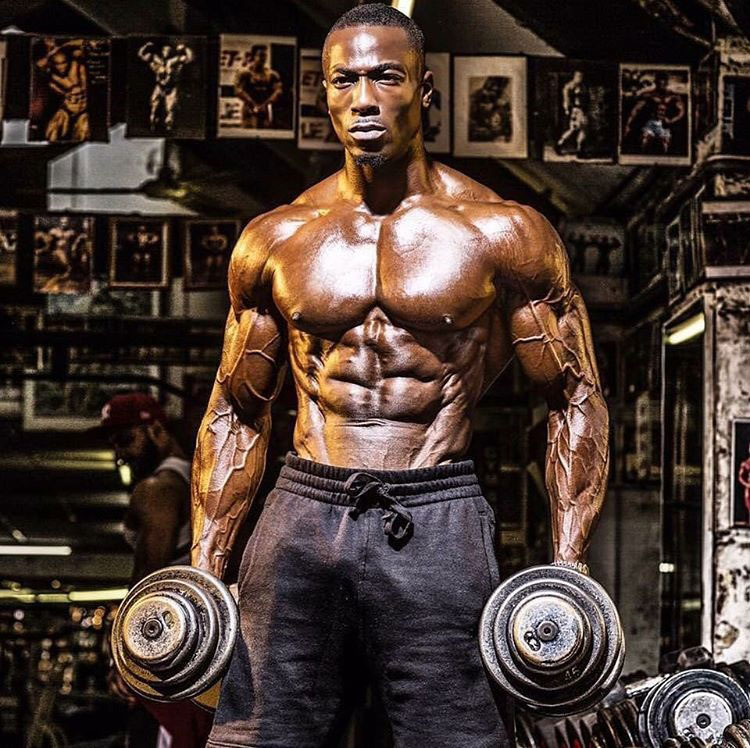 What we can learn from Williams Falade

Throughout his career in fitness, Williams Falade has gone on to become a success on the fitness modelling stage – highlighting his determination to keep pushing forward and achieve more.

If there’s one thing we can learn from Williams, it’s that his drive, dedication, and passion for fitness meant that he went far in his fitness journey. By following a mindset just like his, you too can achieve the same.