Vince Taylor is a former professional bodybuilder from Florida, United States. He won 22 IFBB competitions during his 3-decade-long reign in bodybuilding; a record beaten only by the legendary Ronnie Coleman.

A bodybuilding legend, Vince retired from professional bodybuilding in 2002, after placing 2nd at the Masters Olympia that year. However, his retirement didn’t last long – he came back four years later, taking home 3rd place at the Australian Pro at 50 years old. 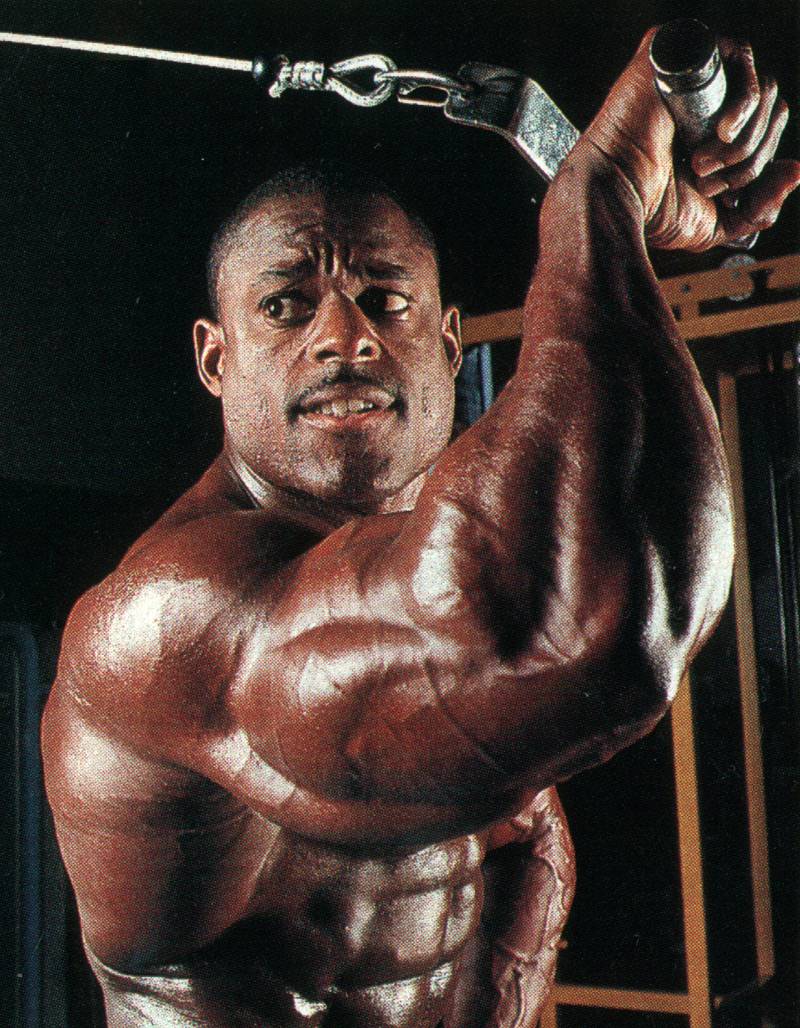 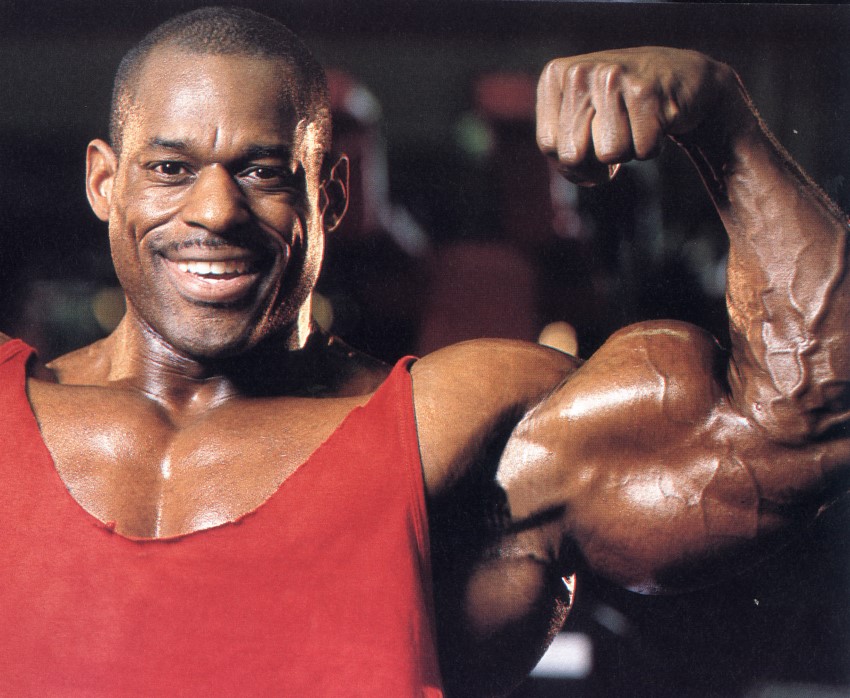 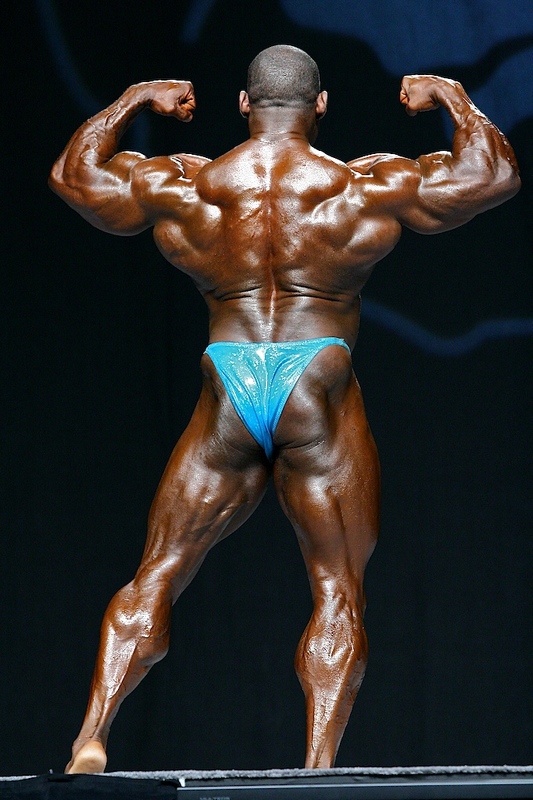 Vince Taylor had enjoyed a healthy and active lifestyle prior to his competition days. After playing competitive sports such as football for many years, he eventually transitioned to bodybuilding; after catching the “lifting bug”.

Since he already had a solid foundation from years of playing sports, it didn’t take him long to build a body that was “stage ready.”

Because of this, Vince was able to quickly begin his preparations for his debut bodybuilding contest in 1982.

His first competition, called Mr. Berlin, came one year later – in 1983. Unfortunately, he said his memory of the contest was tainted with two unfortunate car crashes he suffered while on the way there.

This is Vince talking about the incident; “I went to park in the car lot around the back of a theater, but then I got into a car wreck right there. This happened right in front of the entrance, and the police took about 2 minutes but it felt like forever.

When the police came we sorted it out and then we drove off, about 150 feet away we pull up to an intersection, I look over my shoulder before pulling off but the guy in front didn’t pull off and I went straight into the back of him. That’s two accidents in less than seven minutes!” – Vince Taylor

As a result of the car crashes, Vince was late to enter his light-heavy category. But he had one other option, and that was to enter the heavy category, with bigger competitors. Having no other choice, Vince stepped on the stage among heavyweight competitors; amazingly beating all of them, and winning the contest. 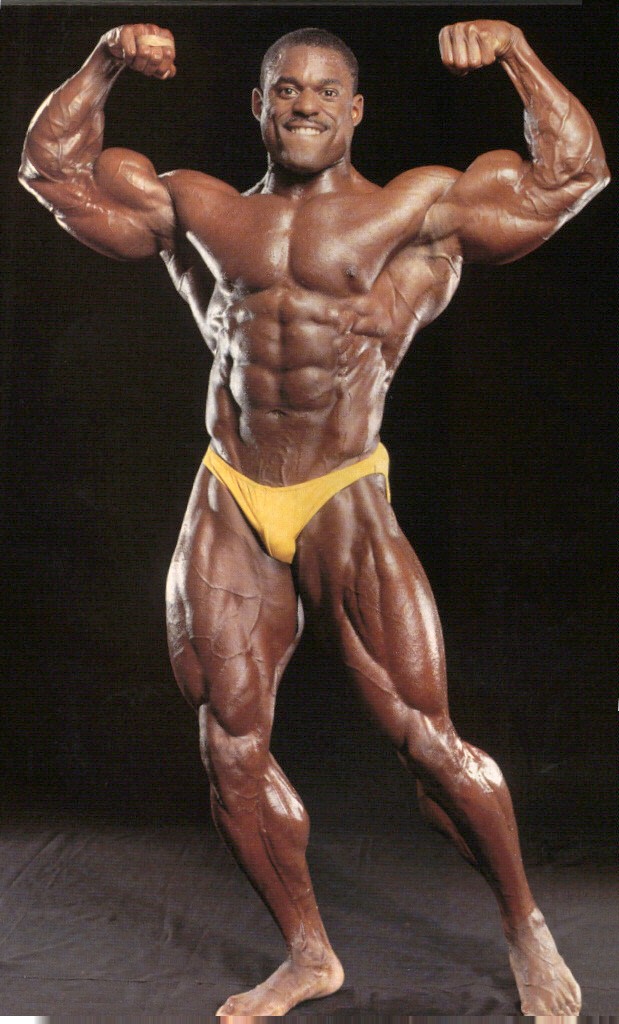 Following his victory at the 1983 Mr. Berlin, Vince took almost four years off the stage to develop the best possible physique, so he could try to win the nationals. The victory there would earn him a Pro Card, which would allow him to compete against the best of the best.

After failing to lift the trophy like he planned at the 1987 Nationals, he came back in an incredible shape one year later – this time “obliterating” the competition, and winning his much sought after Pro Card.

For the next 13 years, Vince took part in an unbelievable 66 professional competitions; winning 24 of them, and placing among top 3 in many others.

This period between 1989-2002 represented the “golden years” in Vince’s career. During this time, he set a world record for the most IFBB wins in the bodybuilding history – 22. This record was later beaten by Ronnie Coleman’s 26 victories for the IFBB.

Furthermore, Vince also set a record for the most Master’s Olympia victories ever – 5. Because of these achievements, he forever embedded his name among the greatest bodybuilders in history.

But, Vince wasn’t done yet. 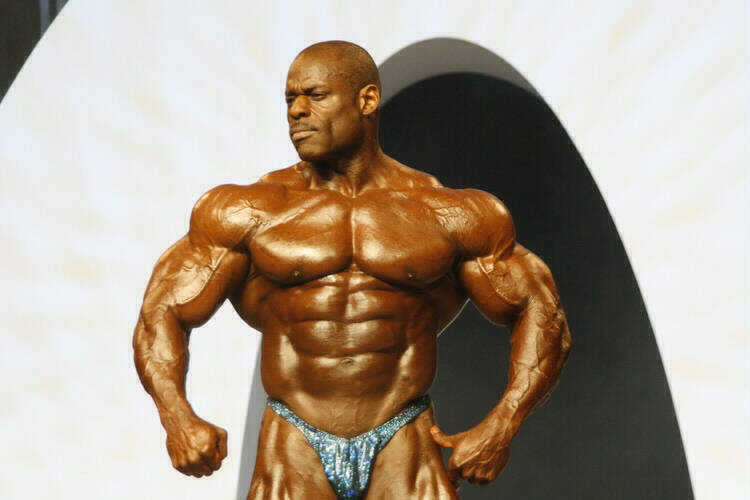 After a brief retirement from bodybuilding in 2002, Vince made a comeback four years later; taking home 3rd place at the 2006 Australian Pro, at 50 years of age.

That same year, he competed at the Mr. Olympia, where he finished in 11th place.

His last two professional competitions were the 2007 Australian Pro, and the extremely competitive 2007 Arnold Classic; finishing in 3rd, and 10th place respectively.

Outside of bodybuilding, Vince appeared on a number of bodybuilding videos and documentaries, such as Vince Taylor Workout, Beyond the Masters, and Getting Pumped. 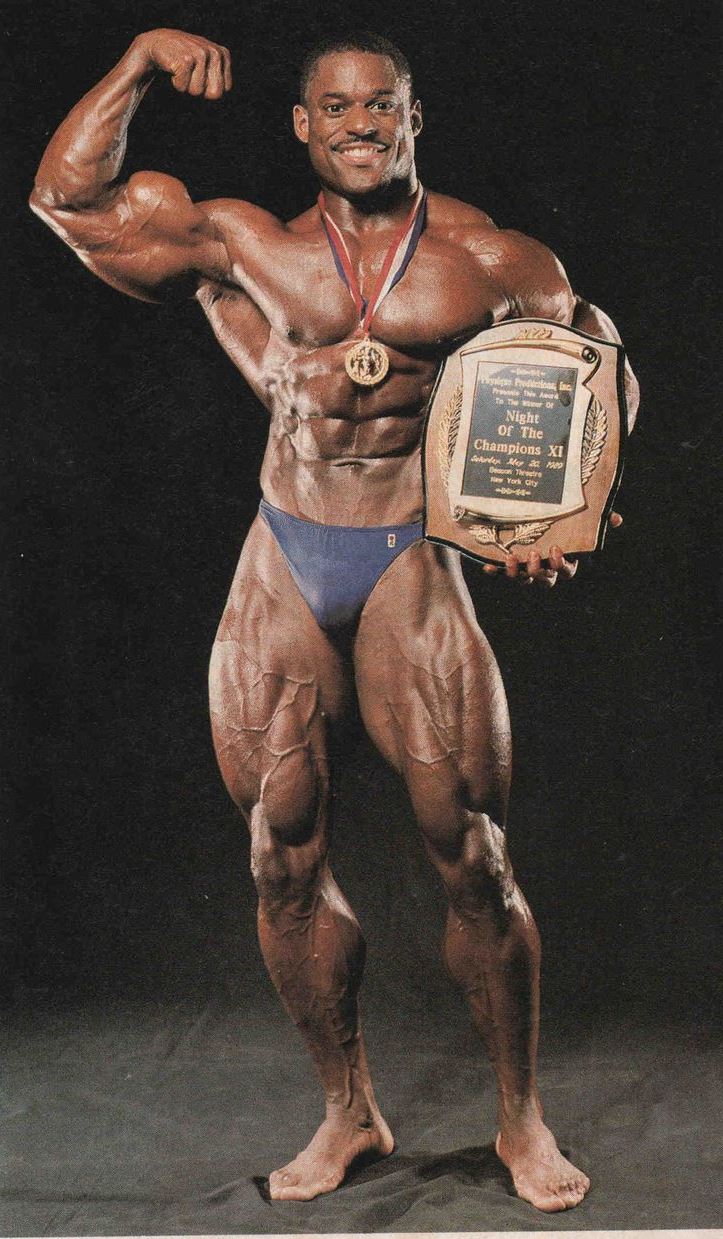 In his prime, Vince trained in the gym six days per week, having Sundays as his “shut down”, complete rest days. He trained twice per day, usually one hour in the morning, and around two hours at night.

Whilst Vince always trained twice a day, he never limited himself on time; he would train anywhere between 45 minutes to three hours, depending on his goals.

In terms of his workout plan, Vince split his weekly sessions into push-pull training; meaning one day he would train his chest, shoulders, and arms, the other day legs and abs, and the final day would be back. After this, he would repeat the process all over again.

“I have never been a heavy power lifting type of guy. My attack has always been from angles. Most people try to say I use high repetitions. That is not true. I need a weight that will allow me to feel the contraction of the muscle. As corny as it may sound, I need to feel the muscle working.” 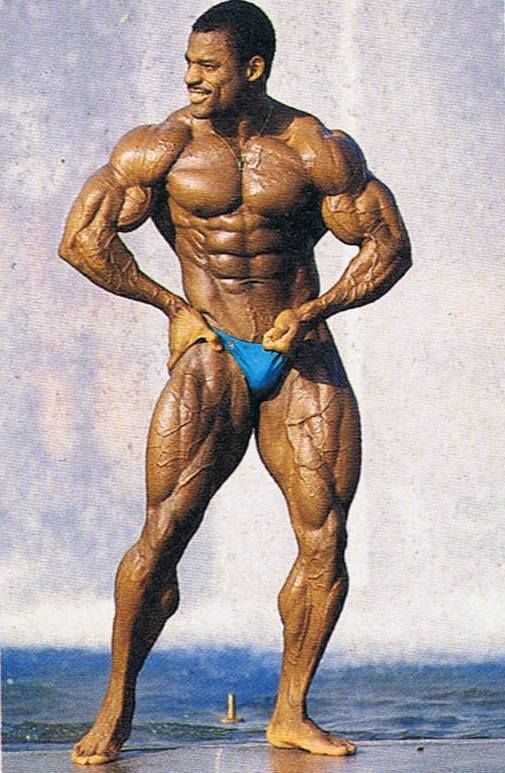 Vince never restricted himself too much with his diet, he wanted to enjoy life – even in his competition days. As he says; “My diet has always been relaxed. It has never been one of those strict diets.”

Contrary to many bodybuilders, Vince had only three meals per day, and two shakes for additional calories and protein. This is what he said about his eating habits; “Overall, I’m not a big food consumer, never have been, never would be. “

He would keep it as simple as possible; sticking to a high protein intake that comes from meats and eggs, consuming very little carbs. His main meal was breakfast, which usually consisted of bacon, eggs, and ketchup.

This approach to dieting might seem “insane” to some, but it worked for Vince over the years –  as he said, his 22 IFBB titles “speak for themselves”. 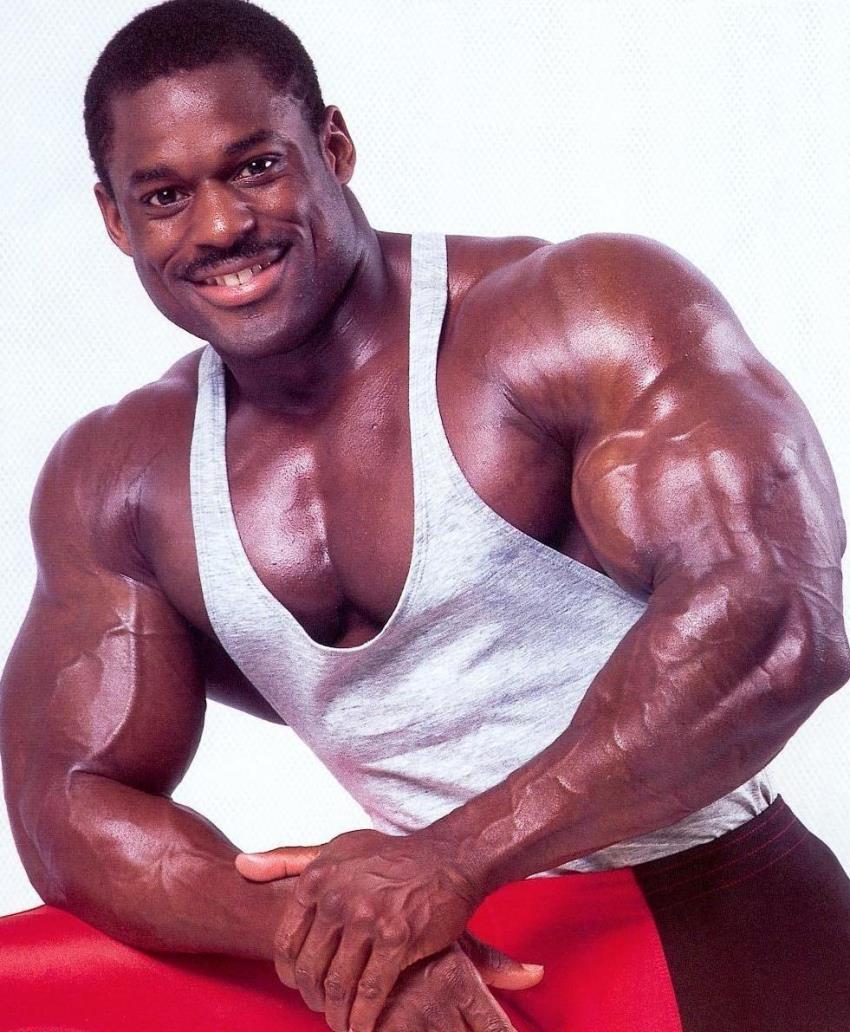 What we can learn from Vince Taylor

With his achievements in bodybuilding, it’s safe to say that Vince is not only an accomplished athlete – but one of the best in his craft.

His success in this extremely competitive sport is something we should all admire, and look up to. However, despite his awe-worthy accomplishments, Vince never took bodybuilding too seriously, as he said; “What’s the point if you’re not having fun?”

He enjoyed being on the stage, “living for the moment”, instead of caring too much what would happen in the future. It is this mindset that had allowed him to keep competing for many years, and ultimately engrave his name in the history books of bodybuilding.