The second Dominican in history to turn Pro, Víctor Martínez AKA “The Dominican Dominator” is an IFBB professional bodybuilder, sponsored athlete, and an activist for children with autism.

His debut competition came in 1993, and since then Víctor has gone on to win numerous shows. His most notable victory being the Arnold Classic 2007, and his success at the Mr. Olympia 2007, where he was a runner-up behind Jay Cutler. After over 2 decades of triumphs, Víctor secured his place among the greats of bodybuilding, and this is his story: 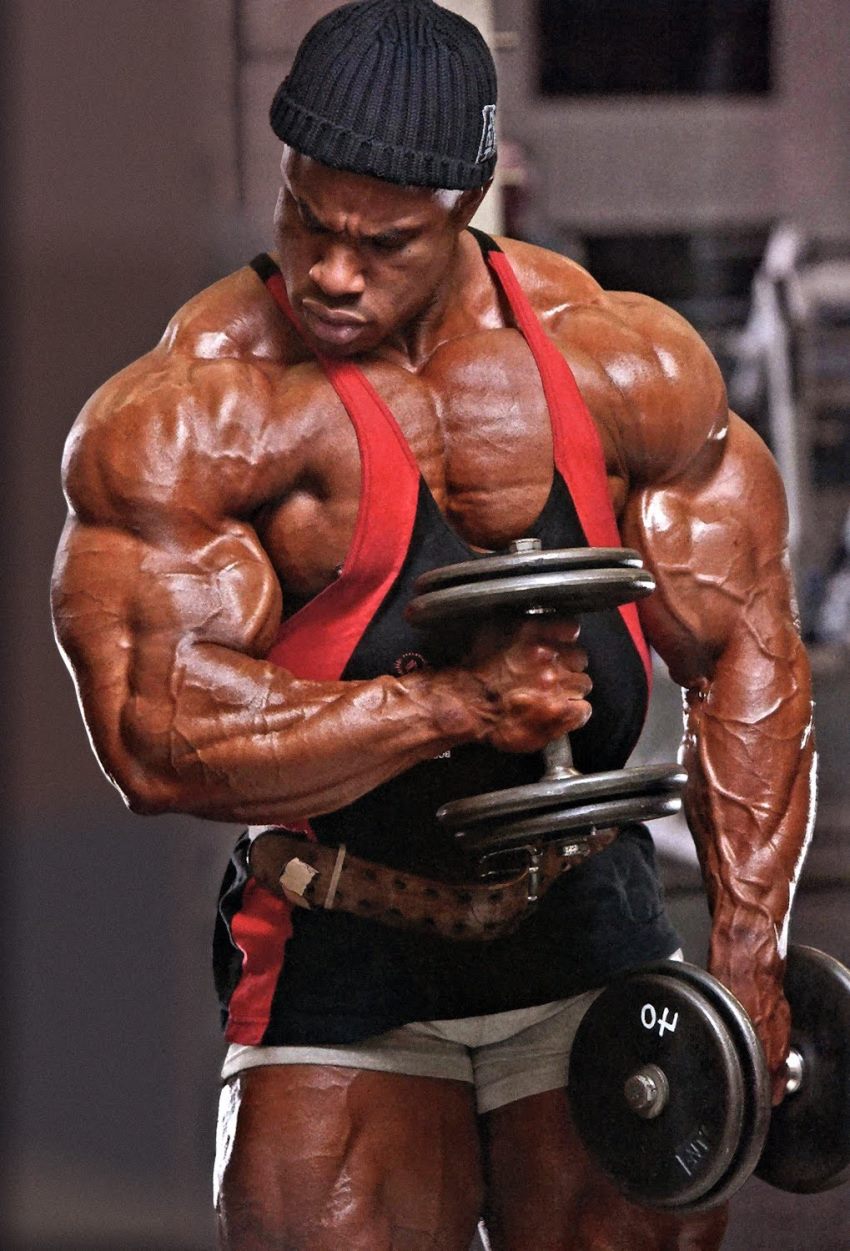 “Starting the new year right is not just about training and working hard it’s about setting goals and eating right as well.” 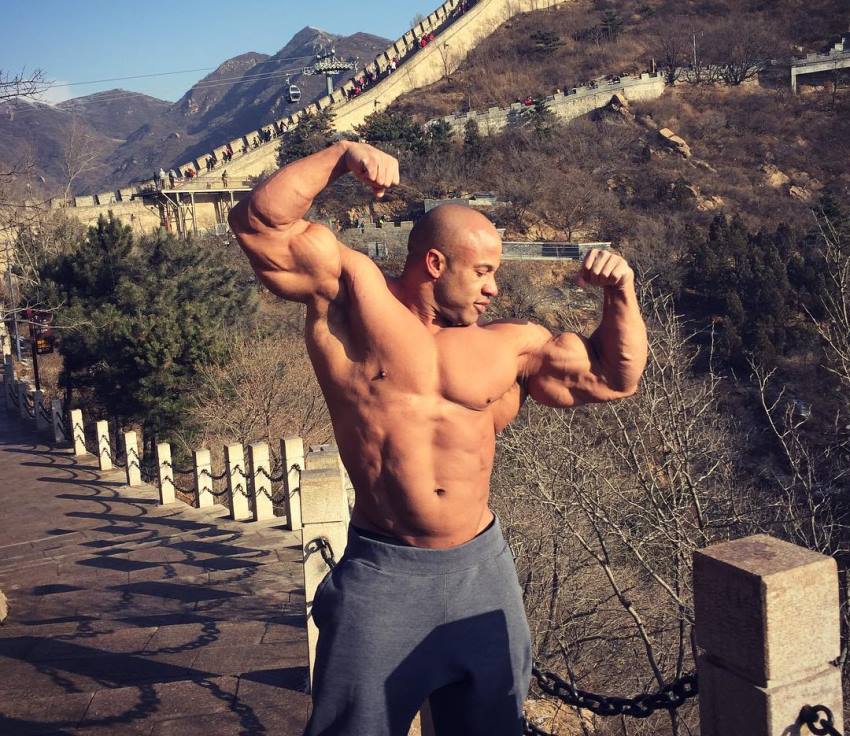 “Before the competition  I’m like a freight train barreling down the track. When the show is over, that’s when I’ll let myself feel all those things, but not before.” 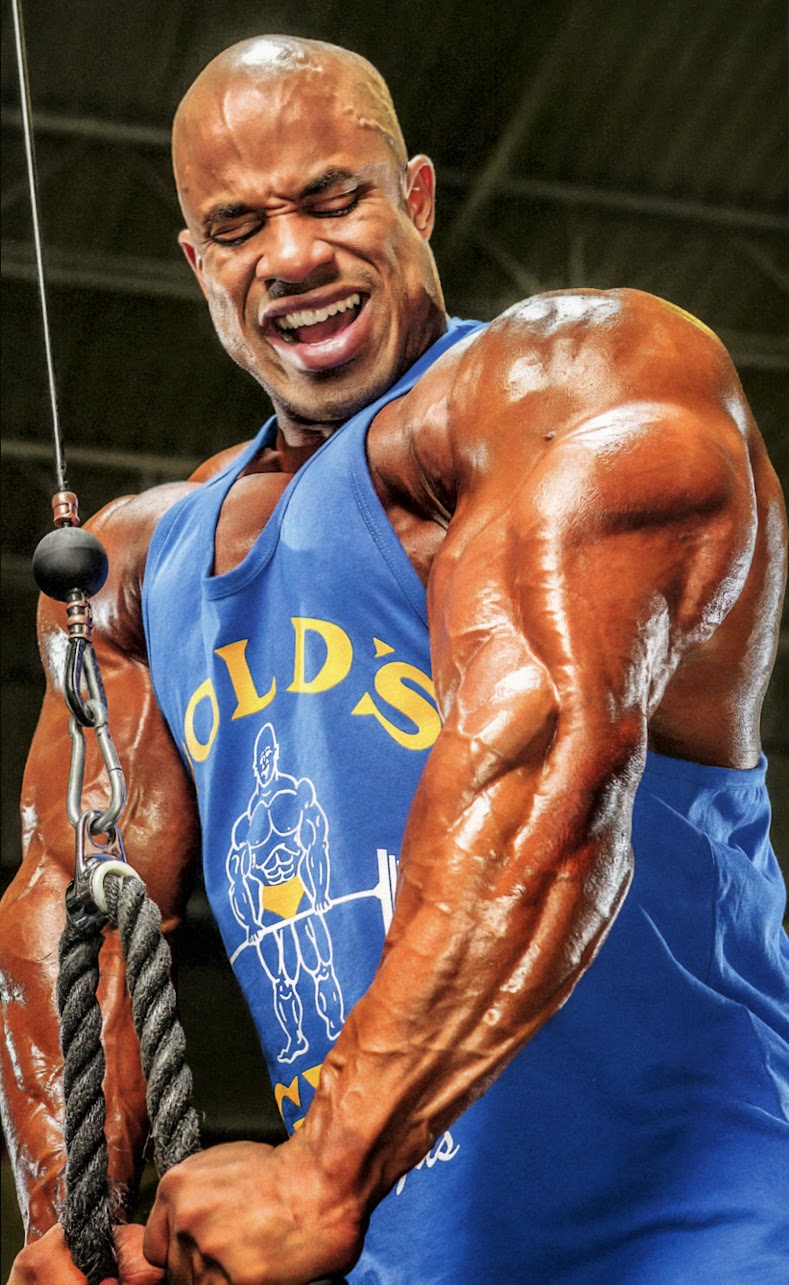 “I learned to train the right way, lifting through a full range of motion and never using a weight that I couldn’t handle.”

Víctor Martínez was born on July 29, 1973, in San Francisco de Macorís, in the Dominican Republic. He moved out of his homeland to New York, USA when he was a child and grew up in the Washington Heights area. There he went to school and took part in various sports.

Víctor’s competitive nature was noticed by his coach, who invited Víctor to start playing football for his high school team. Along with playing football, Victor also took part in baseball and basketball matches.

Later on, he easily transitioned into weightlifting, mostly because of “reading and drawing Marvel Comic characters and watching WWF  Wrestling,” said Víctor.

After graduating from high school, Víctor’s priorities changed completely – he became hooked on the new bodybuilding lifestyle, and it didn’t take him long to consider competing.

Víctor “knew” that in order to compete on a bodybuilding stage, he would need to further develop his physique, so he started training rigorously. Eventually, the consistent hard work paid off for Víctor, and at the age of 19, he was ready for his first ever competition.

The time came for his first ever show in 1993 at Elmo’s Gym, and Víctor’s conditioning proved to be enough to bring him to 1st place in the teenage division. After the show, Víctor said he felt “exhilarated” and “ready for bigger challenges”.

He took part in his 2nd show in 1994, where he was left disappointed after placing 27th. At that point, Víctor decided to stop competing for a while to focus on bringing out his lacking body parts. The decision proved to be a great one for Víctor, as he came back 3 years later and won both the 1997 NPC New Jersey Suburban State Bodybuilding Contest, and the 1997 NPC New York Metropolitan Championships. 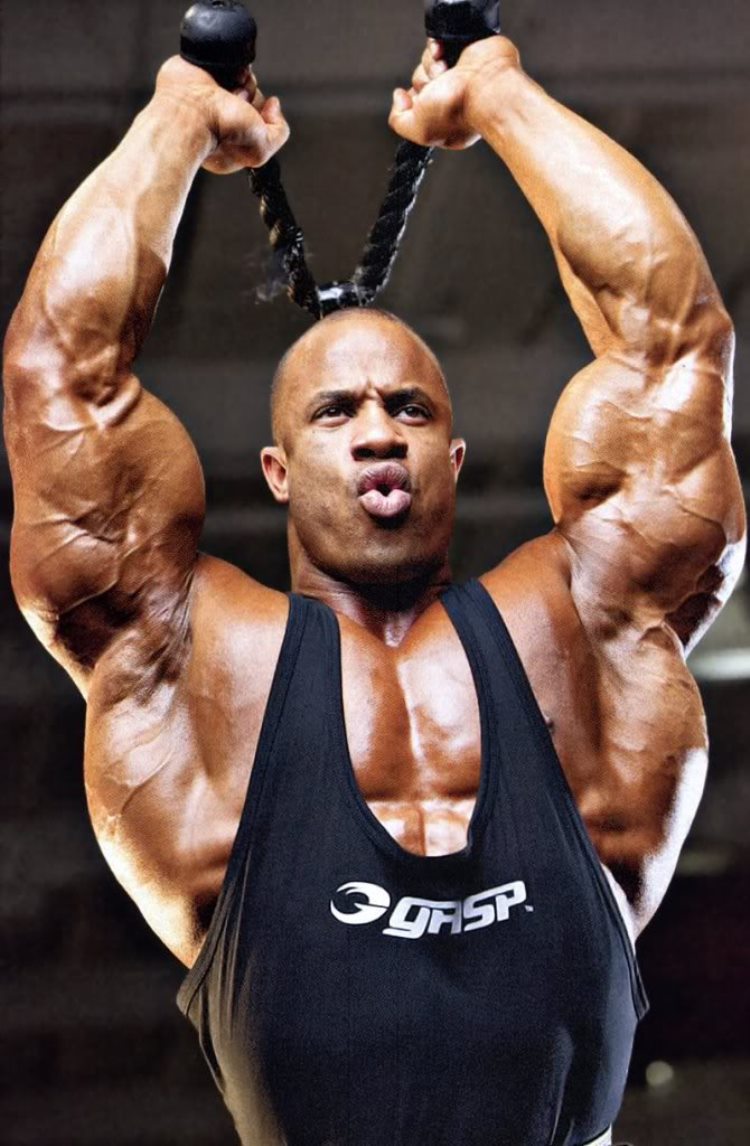 2 years after his NPC New York Metropolitan Championships success in 1999, where Martínez first participated in the show in which he placed 27th. He took home 16th place – considerably better than the previous result, but he was still far from satisfied.

The following year was one of the most significant years for Víctor in his bodybuilding career; he started off by winning the 2000 NPC Junior USA heavyweight category. Víctor’s success at the NPC Junior USA show qualified him for the nationals, which was the ultimate opportunity for him to seize his Pro Card.

After several months of preparation and hard work, Víctor competed at the NPC Nationals, and out of the USA’s top 30 best physiques, he was proclaimed the winner in both the heavyweight and overall category.

This win made Víctor the 2nd bodybuilder from the Dominican Republic to earn his Pro Card. He was then able to compete in the elite league of bodybuilding.

Víctor’s pro debut came in 2001, at the IFBB Night of Champions, where he took home 8th place. For the next several years after the debut, Victor made significant progress in both his physique, and in his results on stage.

In 2003, Víctor won the IFBB Night of Champions, and the following year he participated in his first ever Mr. Olympia, where he came in 9th place. Later that year, he won the IFBB GNC Show of Strength Pro Championship, before taking home 5th place at the Arnold Classic several months after.

2007 was one of the most successful years in Víctor’s professional career. He won the Arnold Classic that year and became runner-up at the 2007 Mr. Olympia, where he lost to Jay Cutler. Although, many believe that Víctor should’ve won the competition. In 2008, Víctor injured his left patellar tendon while doing lunges – the injury prevented him from competing in Mr. Olympia and Arnold Classic that year.

When it comes to his Mr. Olympia results throughout the years, Víctor seemed to be destined to win the prestigious competition, however, he was unlucky throughout. His best results were 3rd place at the 2006 Mr. Olympia, and 2nd place in 2007. 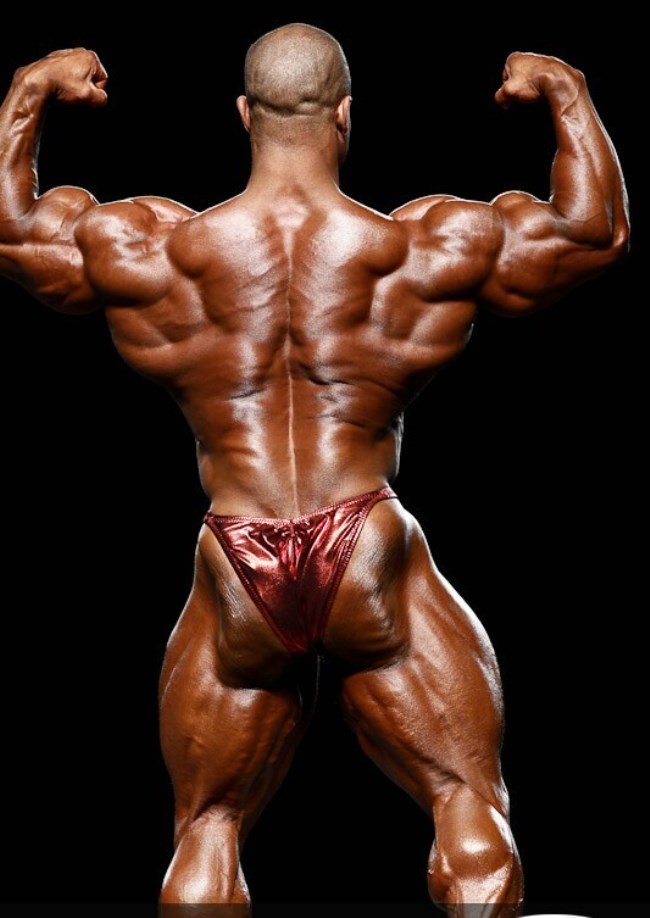 During the 2010-2016 period, Víctor participated in 12 more competitions. In 2011, he won the Arnold Classic Madrid, and 2 years later, he competed at the New York Pro Championship and the Toronto Pro Supershow, taking home 2nd and 1st place respectively.

At the age of 40, Víctor showed no signs of slowing down, as he continued to pile up great results. By placing 8th at the 2014 IFBB Mr. Olympia, and 4th at the Arnold Classic the same year, Víctor proved to everyone that “age is just a number”, even when it came to the most elite of competitions.

After placing 9th at the 2015 edition of Mr. Olympia, Víctor took some time off the stage and didn’t compete at the Mr. Olympia 2016, but came back by the end of the year and won the IFBB Baltimore Pro.

With all of his success in the bodybuilding world, and a career spanning 20 years, Víctor has firmly established himself as one of the true legends of the sport. As Víctor would say; “A bad day can be made better, by going to the gym.”

Outside of the bodybuilding scene, Víctor is a food prep business owner, sponsored athlete, and a popular figure on his social media sites. He is a father of 2 sons, Jared and Justin, and 3 daughters, Zayde, Victoria, and Vivian.

Víctor was arrested in 2011 upon his return to the USA, after winning the Arnold Classic Madrid. His resident card had expired and wasn’t renewed because of the problems he had during 2004 when he was accused of selling steroids. However, a year later, Víctor was granted the permission to stay in the USA and was free of all charges.

Besides his business involvement, Víctor is also known as a human rights activist. He often participated in various campaigns that involved helping children with autism, and had shown his humble attitude on numerous occasions. 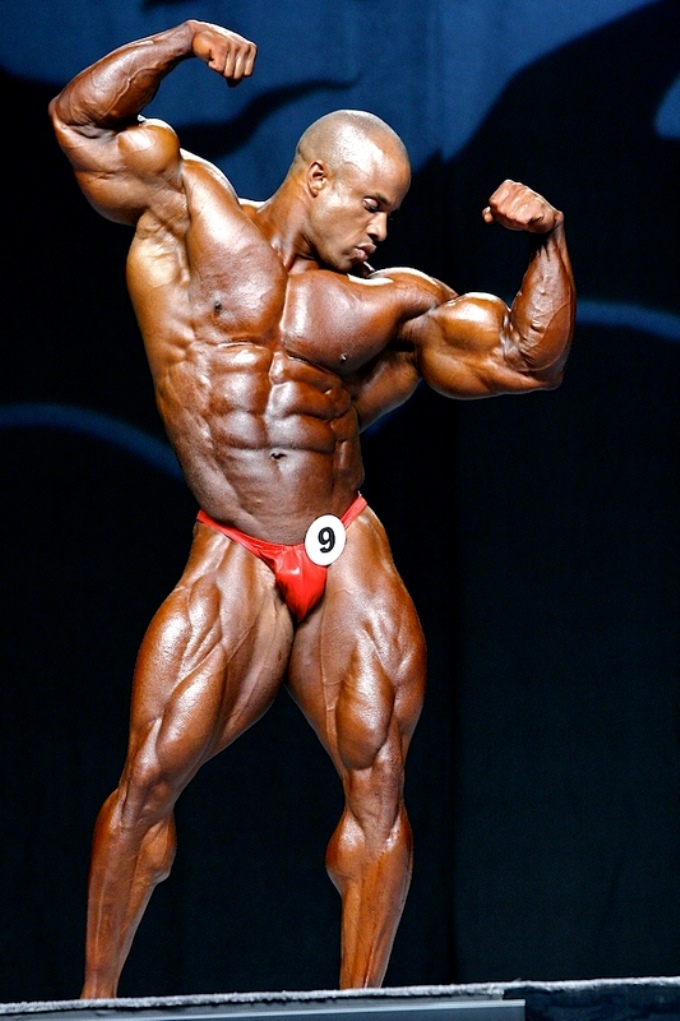 “Stay consistent and don’t be too easy to quit.”

Víctor Martínez is known around the world for his massive, but well-proportioned physique. He credits his symmetry to a specific workout routine, and will often focus on any body parts he feels is lacking.

He often mentioned that if he felt like a certain body part is underdeveloped, he would train it up to 3 times per week in order to “even out” his physique. That way he ensures his entire body look in proportion.

Whenever he wants to add size to a muscle group, Víctor finds that the best possible way to do it is by training with heavy weights. He is a firm believer in heavy sets and not going too high on reps. That’s one of the ways he likes to do it and says it works the best for him.

If he wants to lose fat quickly, Víctor will do a lot of cardio, and occasionally HIIT, but always prefers consuming fewer calories – this way he saves time. 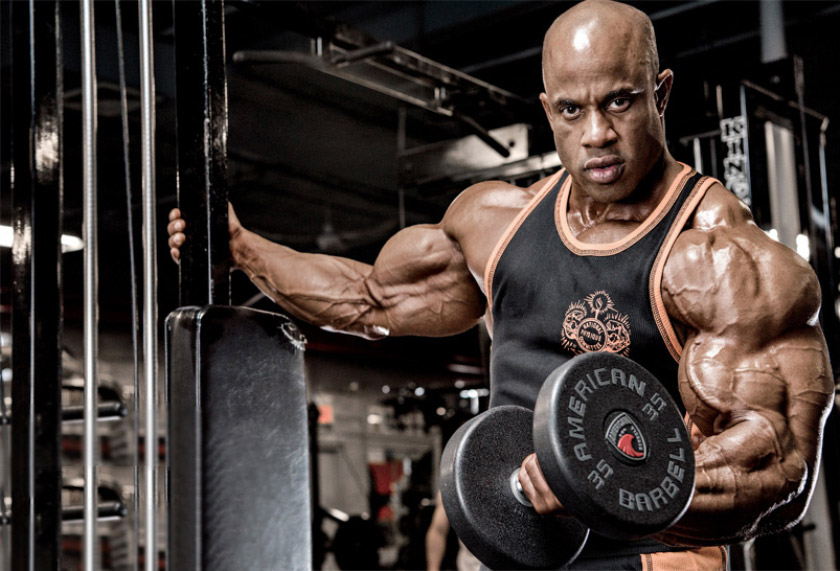 Carbohydrates and Staying in Shape

According to Víctor, when it comes to contest prep mode, it all comes down to losing fat. During that period, he will usually eat very little carbs, and consume more protein; around 1.5-2g per pound of bodyweight.

Víctor always carefully plans the timing between each of his meals, and always likes to eat clean. Some of his favorite healthy foods are brown rice, salmon, broccoli, sweet potatoes, and sometimes a few egg yolks.

Naturally, Víctor will treat himself to a cheat meal from time to time, which helps him both“mentally” and “resets the metabolism”. 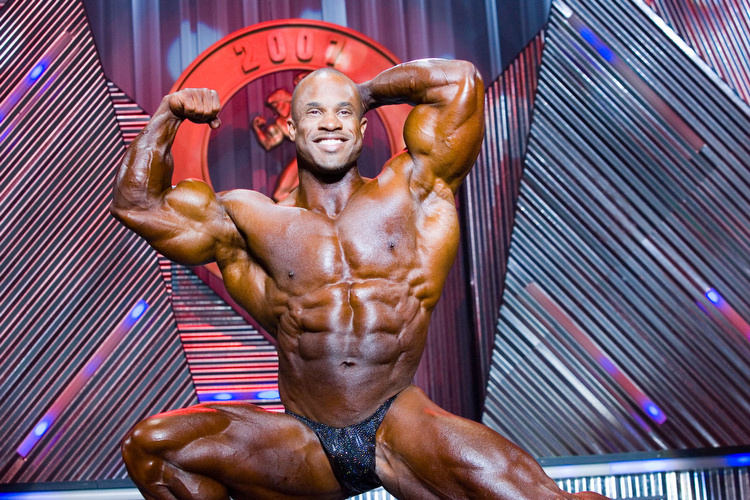 “As a bodybuilder, so much time is spent working every muscle in the body. We must not overlook the most important one, our heart.”

One of the main influences for Víctor is Arnold Schwarzenegger. According to Víctor, Arnold has changed the “stigma” around bodybuilding and “made people realize the beauty of the sport”. Before Arnold, bodybuilding was viewed in disgust, but he changed the perception, Víctor believes. 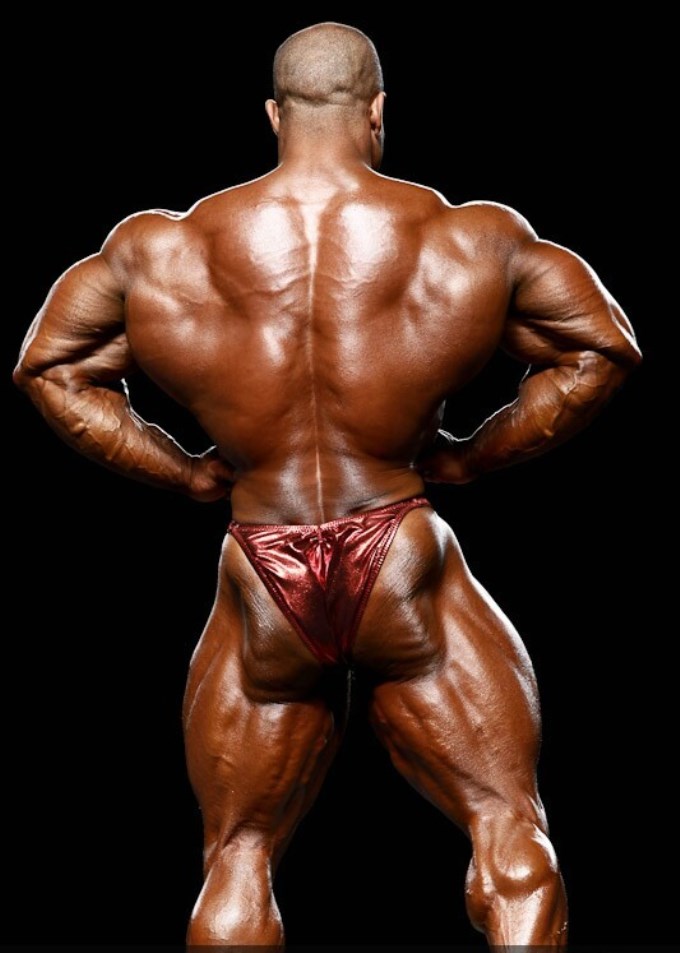 What we can learn from Victor Martinez

Victor has two autistic children and understands the struggles that people with autism and their families go through. That’s one of the reasons why he is such a passionate individual when it comes to helping people. Furthermore, this shows the strength of his character and truly makes him stand out from the crowd, and shows that bodybuilders are not just models of a great physique.

Not only a successful bodybuilder, but a great person. Victor showed to everyone that by helping others, we can make the world a better place – he wants to make a difference in the lives of all the people that have any kind of disability.

Therefore, by staying humble despite the success, and helping those that are in need – you could achieve greatness in all aspects of life, not only in the gym. Without a doubt, Victor is a role model for people everywhere.