Travis Williams went from being overweight and unhappy with his life to becoming a 3-time CrossFit Games Athlete. All of this happened in a time span of only two years.

Growing up as a baseball player, Travis received a serious injury to his knee during a car accident in 2009. This put him in a negative headspace, leading to his departure from baseball.

During his recovery from the injury, Travis gained about 70 lbs of excess weight. Realizing he’d gone too far, Travis decided to take control of his life through CrossFit – a decision he’s never looked back from. 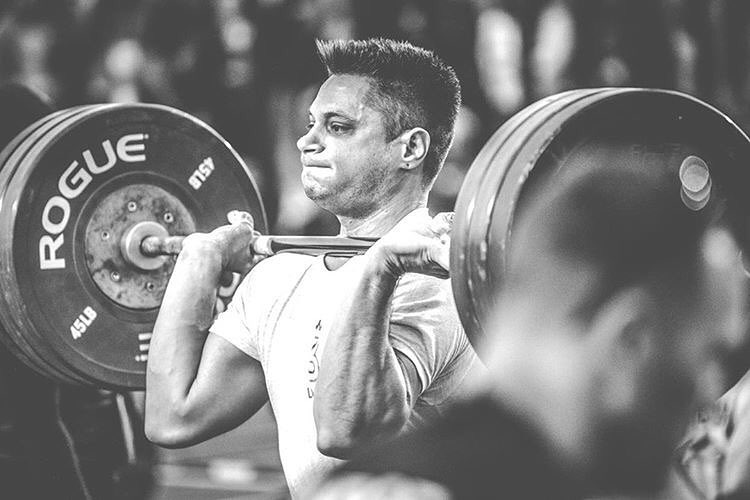 “Praying to the snatch gods not always the best choice. Sometimes you just gotta work hard and make your own luck.” 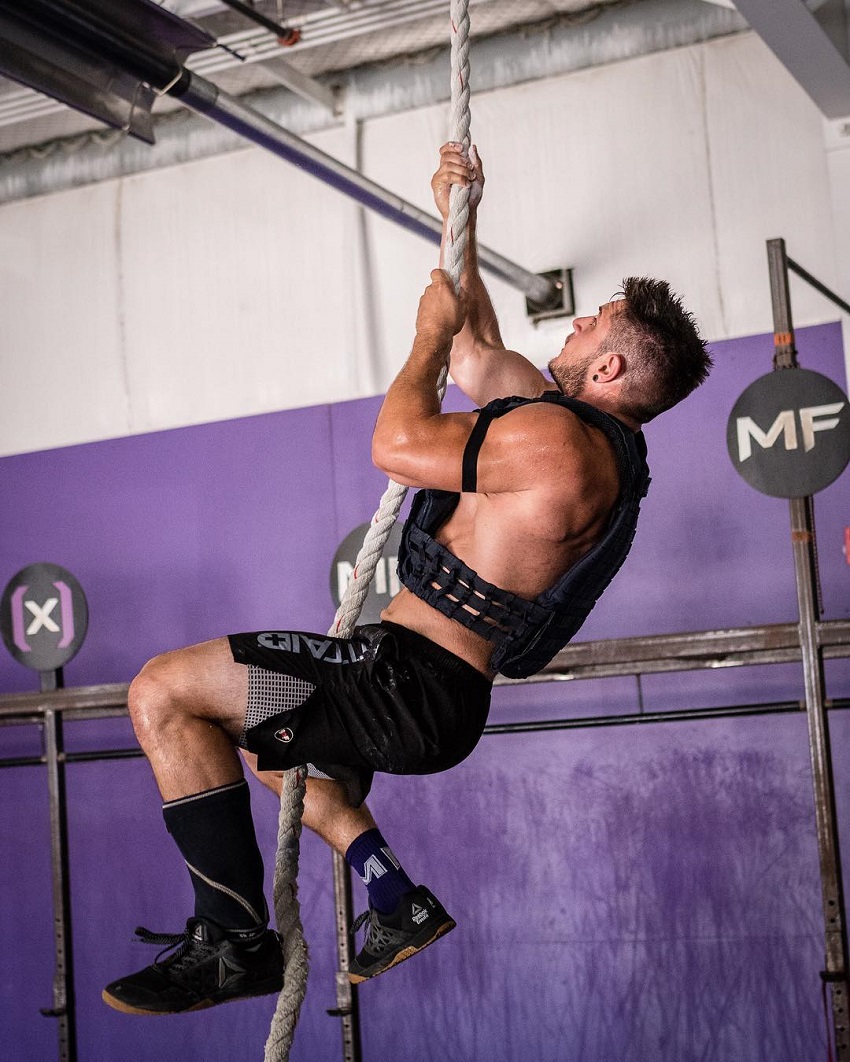 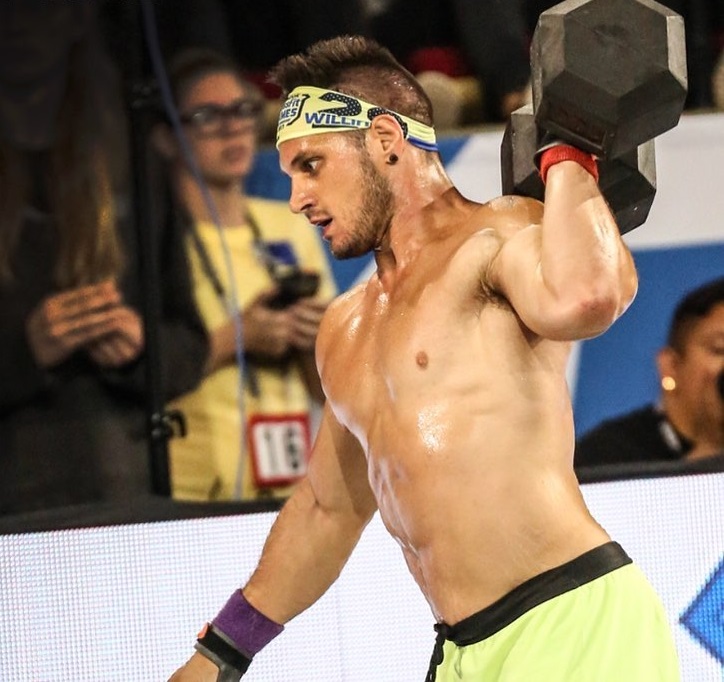 Coping With an Injury

Travis Williams was a skilled baseball player in his youth. He played the sport throughout primary and high school, displaying great skills and passion for physical activity. However, a knee injury which he received during a car accident in 2009 steered Travis’ life away from sports.

After his car accident, Travis found out he had fractured his kneecap. Although doctors told him that he’d eventually recover and be able to play again, Travis was so discouraged from the injury that he decided to stop playing baseball completely.

“I played baseball until my senior year in high school. In October 2009, I was in a car accident and fractured my knee cap. I probably could have bounced back and played that season but I decided I wanted to play Yugioh instead.” 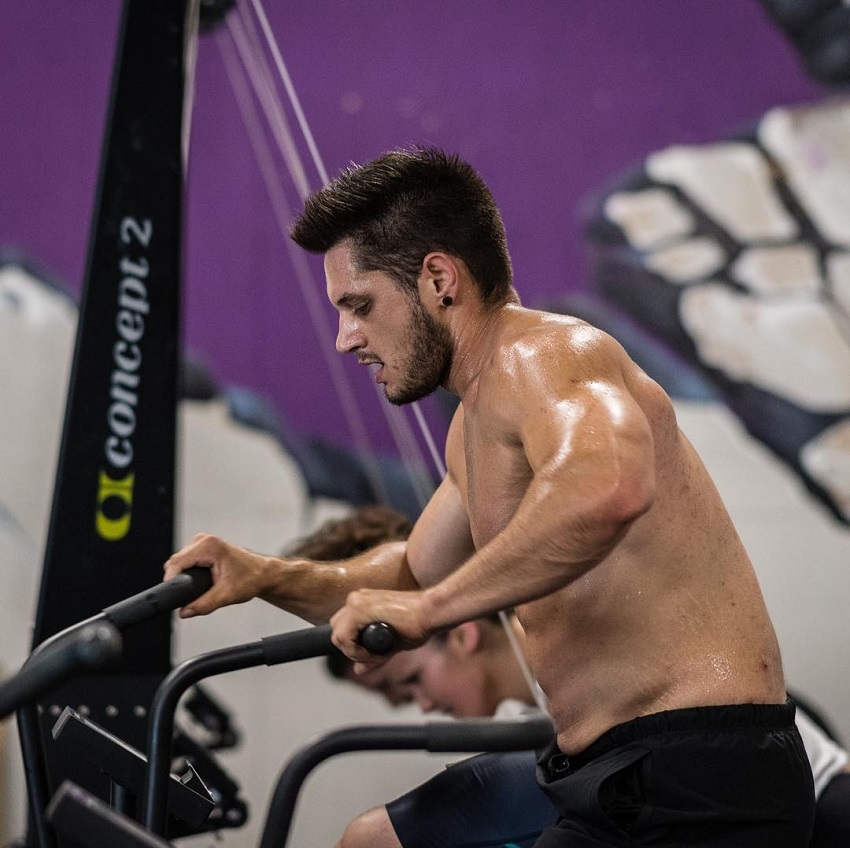 During his recovery, Travis gained a lot of excess weight. By September 2011, he gained 70 pounds of body fat.

However, Travis didn’t realize this until he went to the doctor’s scale for a check-up. This was his wake-up call.

From this moment on, Travis decided to take control of his life once again. His sister, who did CrossFit, was able to lose over 30 lbs of excess weight in only three months.

Impressed by what he saw, Travis became involved in CrossFit just like his sister. 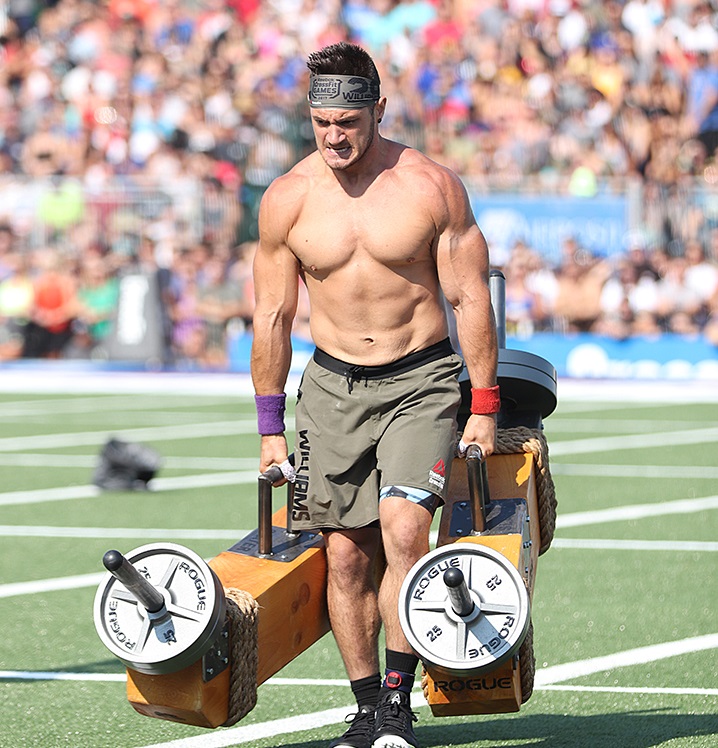 Throughout the months, Travis’ knowledge and experience in CrossFit grew exponentially. As someone with a background in sports, it didn’t take him long to learn everything he needed to know about getting back in shape. After seven months, Travis lost all of his excess weight.

A New Path in CrossFit

As he said; “I enjoyed competing a lot, so I always wanted to be as good as I could possibly be. Seeing regionals made me want to qualify and when Jordan Cook qualified for the 2014 games, I knew that it was possible for me to qualify in 2015.”

The only thing that stood in Travis’ way of qualifying for the 2015 CrossFit Games was his diet. In order to achieve his goal, he had to introduce new foods, and remove some unhealthy ones from his meal plan.

Ultimately, Travis was successful in his aims. He sculpted a strong and muscular physique, achieving success as a CrossFit competitor in the process. 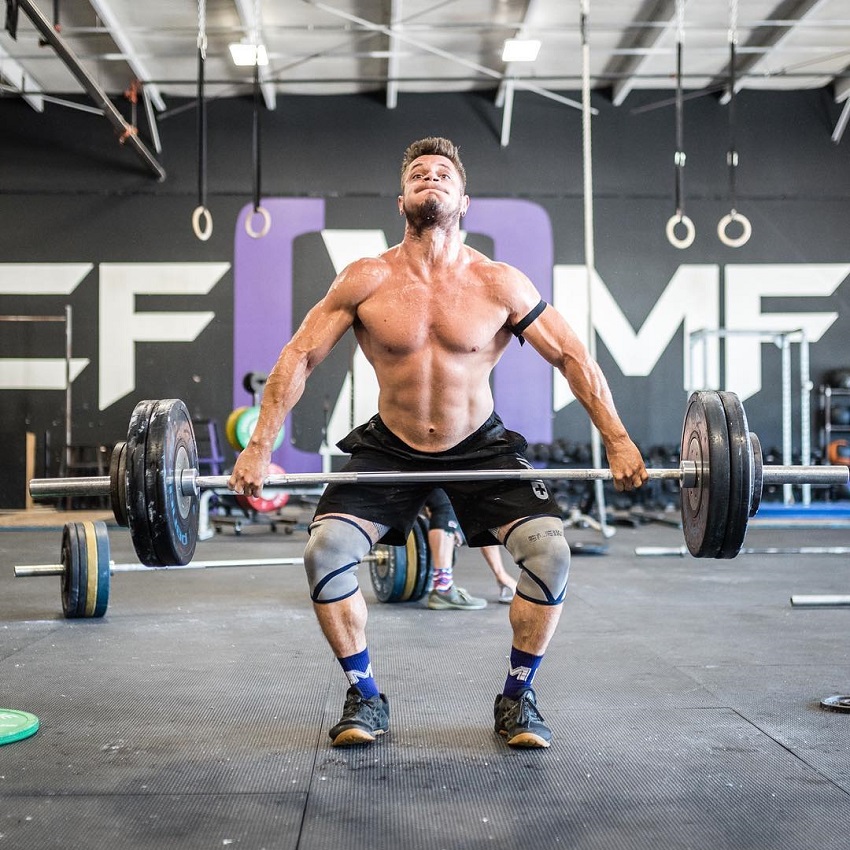 Over the years, Travis has only kept on growing – both in size and his reputation in CrossFit. He’s now a three-time CrossFit Games competitor and a social media influence with a growing fan-base.

With his awesome transformation story and a physique to match it, Travis has become an inspiration for people every day. 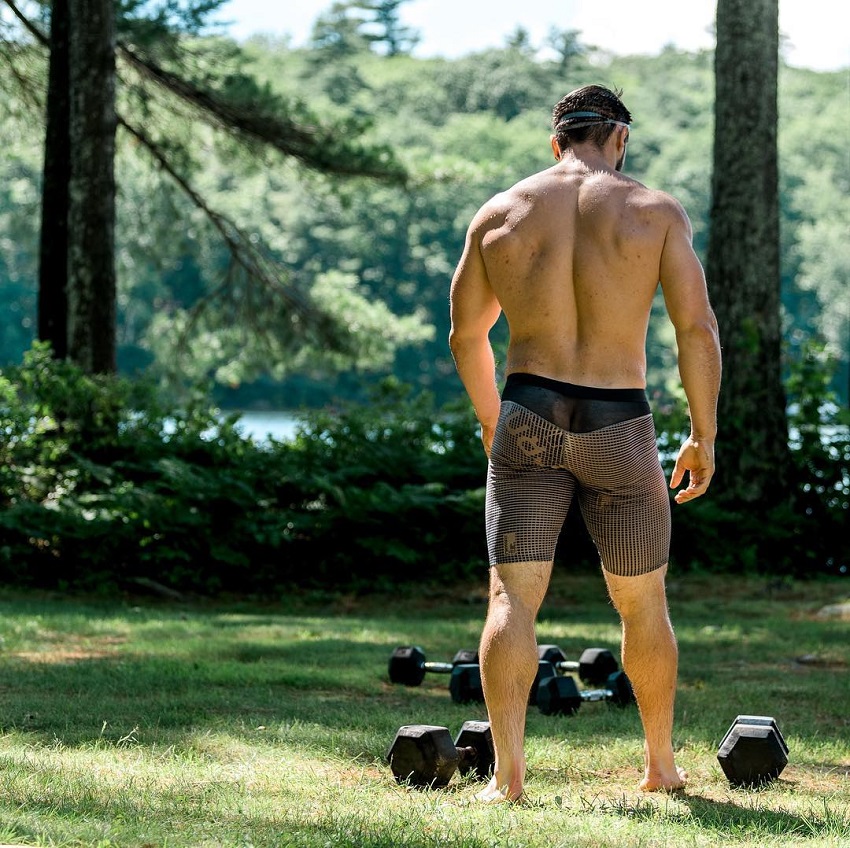 As a CrossFit athlete, Travis trains extremely hard and intense. He has two training sessions per day, each consisting of specific exercises that work on his strength, size, and mobility.

Among these exercises are compound movements like squats, deadlifts, and Clean and Jerk. Travis boasts impressive personal records in some of these lifts. His deadlift record, for example, stands at 565 lbs.

In addition to heavy compound exercises, Travis also does a lot of mobility and isolation exercises. Which work on his fast-twitch muscle fibers. 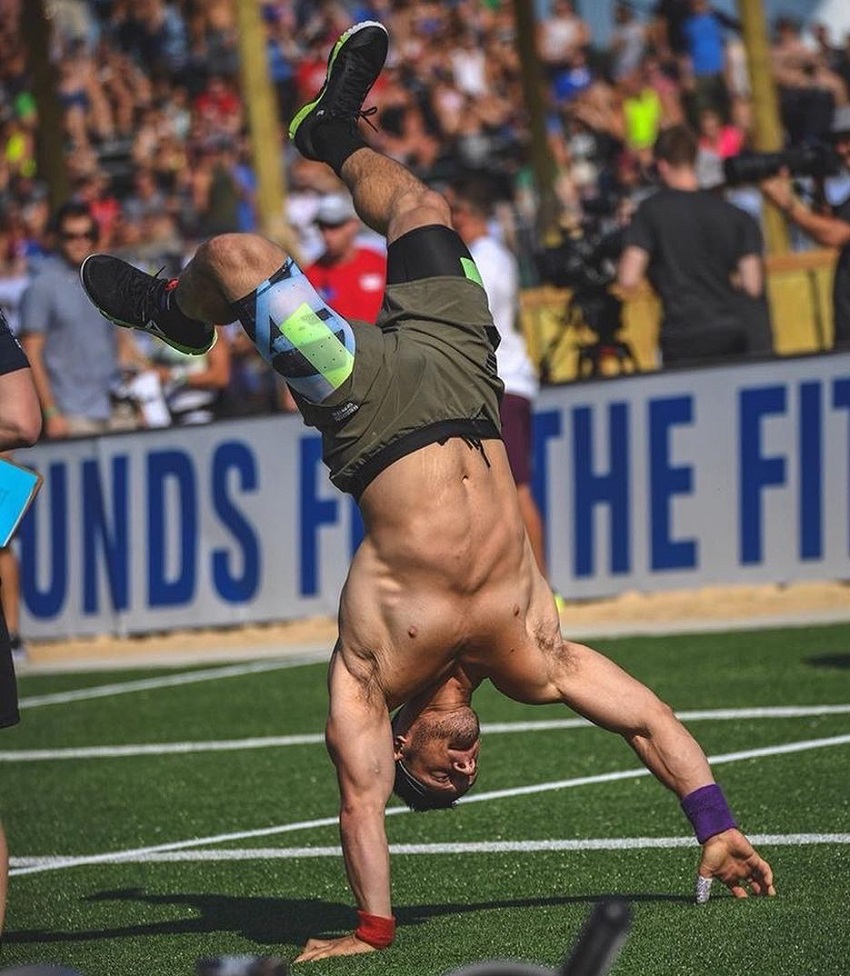 Travis usually wakes up at around 7:00 AM. He’ll have his breakfast and coffee as the first thing in the morning. His typical breakfast is bacon and eggs with fruit on the side. At around 9:30 AM, Travis heads out to the gym for his first workout of the day.

After he’s done with training, Travis goes home for lunch. He’ll usually have meat, potatoes, and vegetables. After his second training session, Travis will have dinner which looks the same as his lunch.

In terms of his favorite ‘cheat meal’, Travis says it’s “any kind of dessert.”

“Nutrition for me is usually really simple. In the morning, I eat eggs and bacon and fruit. Lunch is meat and veggies and potatoes or rice and dinner are the same as lunch.” 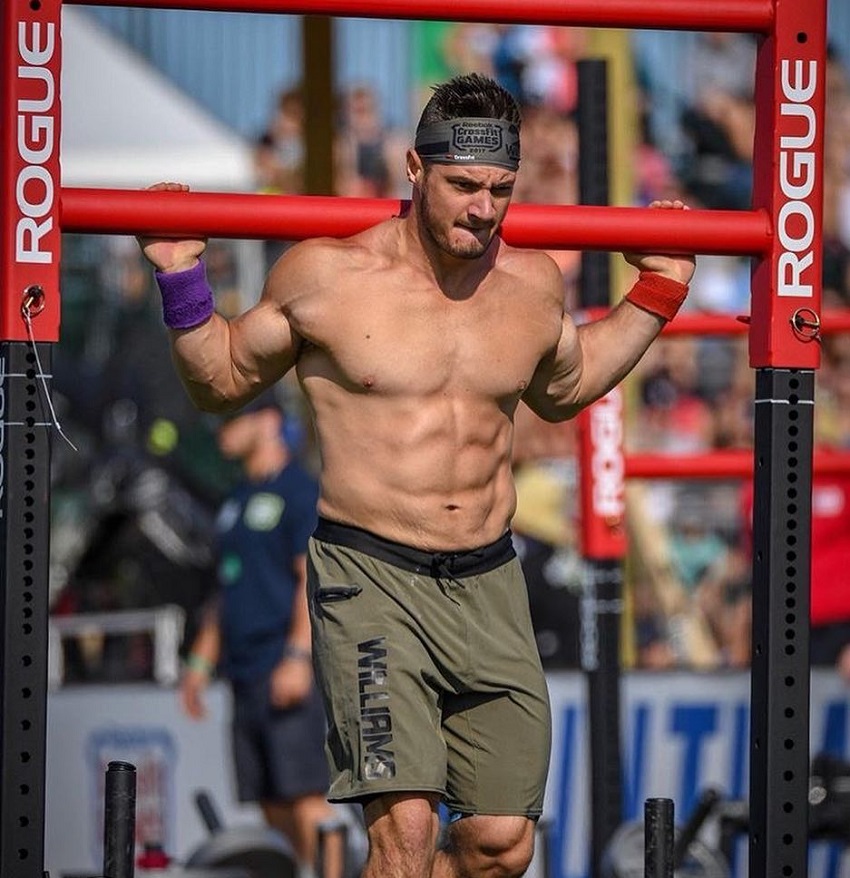 One of Travis’ early influences in CrossFit was his sister, who lost 30 lbs of body fat through weightlifting.

Motivated by her sister’s progress, Travis took on the CrossFit lifestyle himself and hasn’t looked back since. 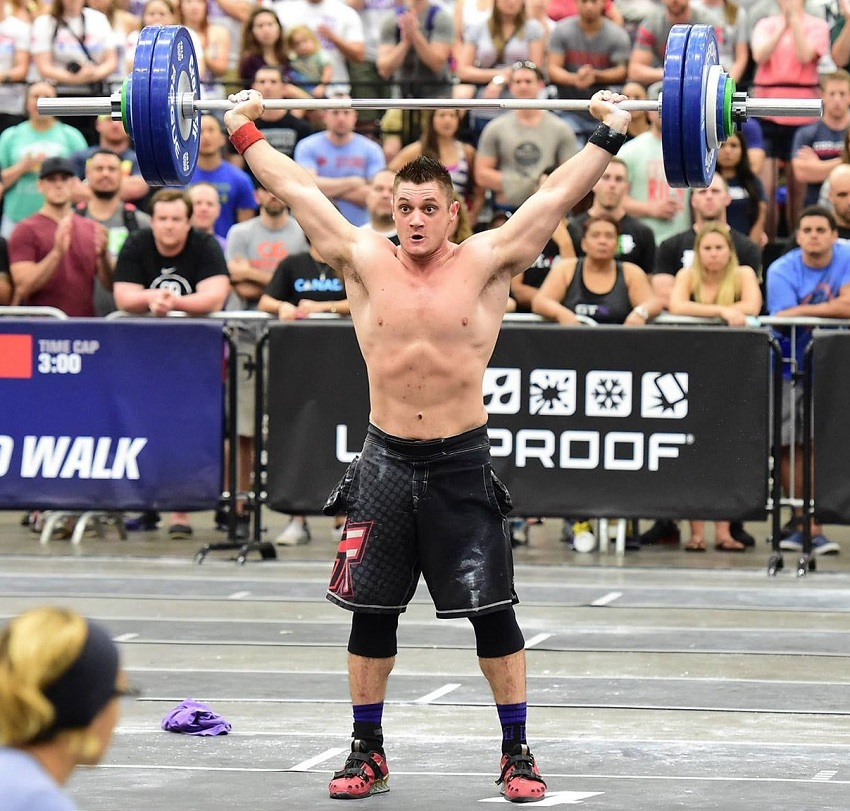 What we can learn from Travis Williams

The biggest takeaway from Travis Williams’ story is that no matter what happens in your life, don’t ever give up. Travis faced numerous setbacks on his road to success, mainly his injury and excess weight gain. But he didn’t give up on his goals.

Travis took control of his situation through CrossFit – transforming his physique through heavy weightlifting and a healthy diet. He’s shown us that with the right attitude, no obstacle can prevent you from reaching your own greatness, whatever it may be.