Tiago Toguro is a fitness trainer and bodybuilder from São Paulo Brazil. He shares his daily life and fitness advice through video blogs and pictures, taking his fans on his journey.

With his diverse and successful career, Tiago is an influence for bodybuilders. His awesome physique represents what can be achieved with hard work and dedication in the gym.

His drive to be the best he can be, along with his bulging abs, is what makes Tiago a role model for countless fitness ‘addicts’ online. 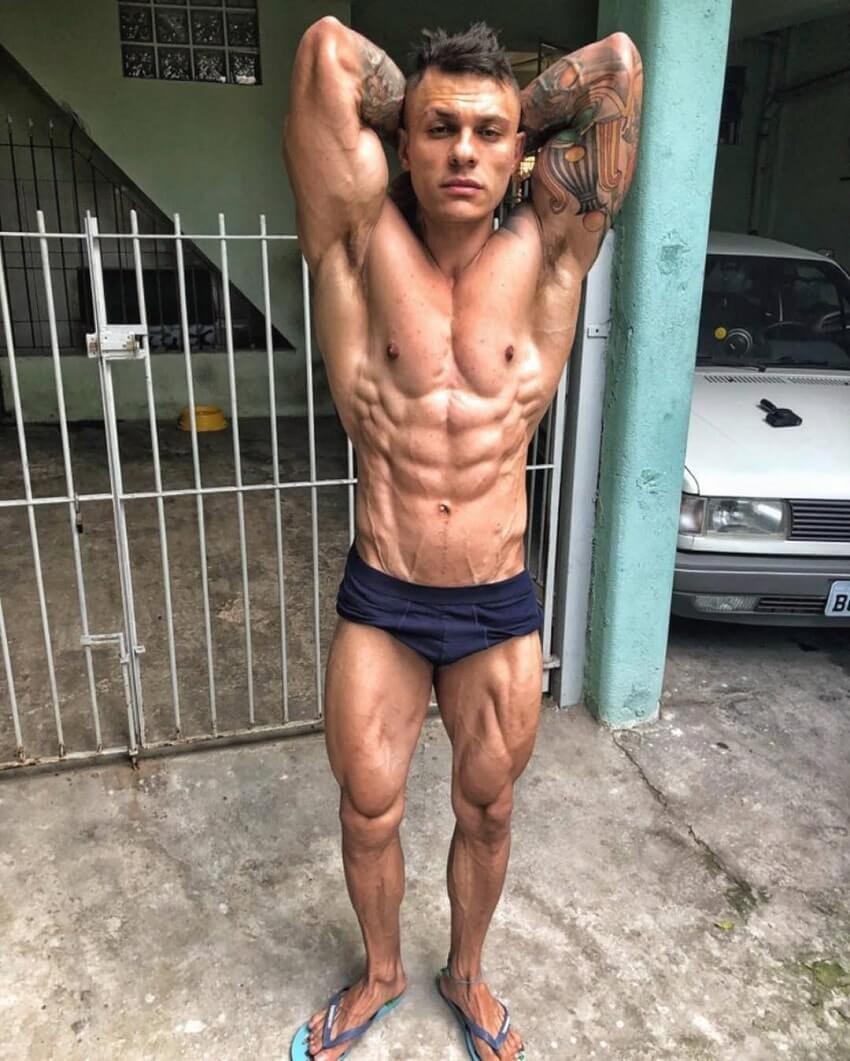 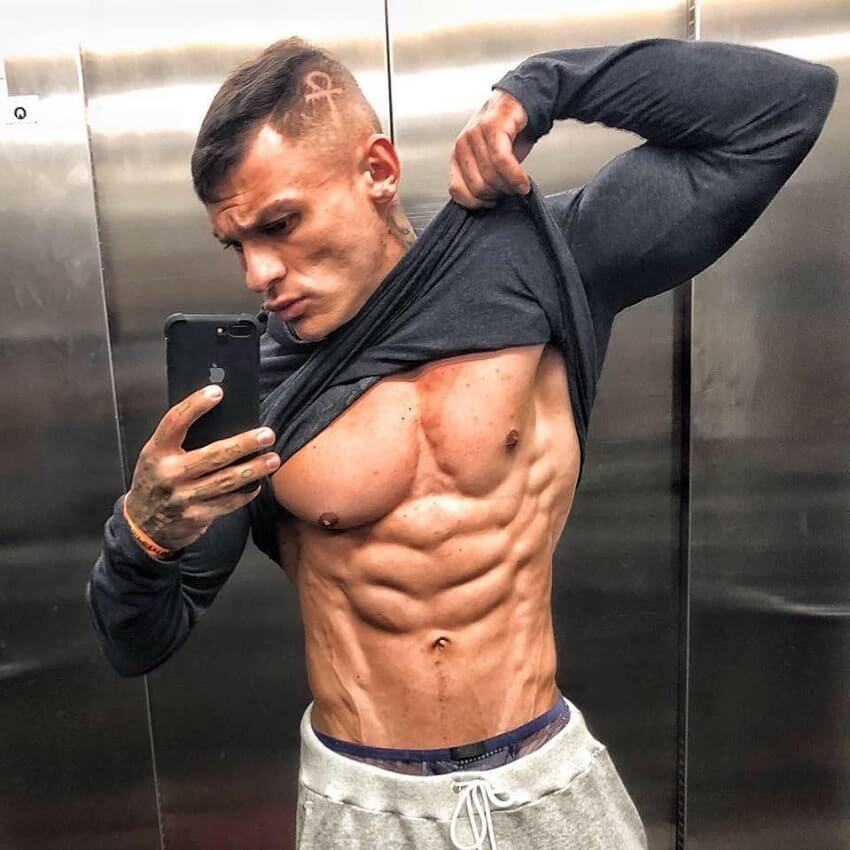 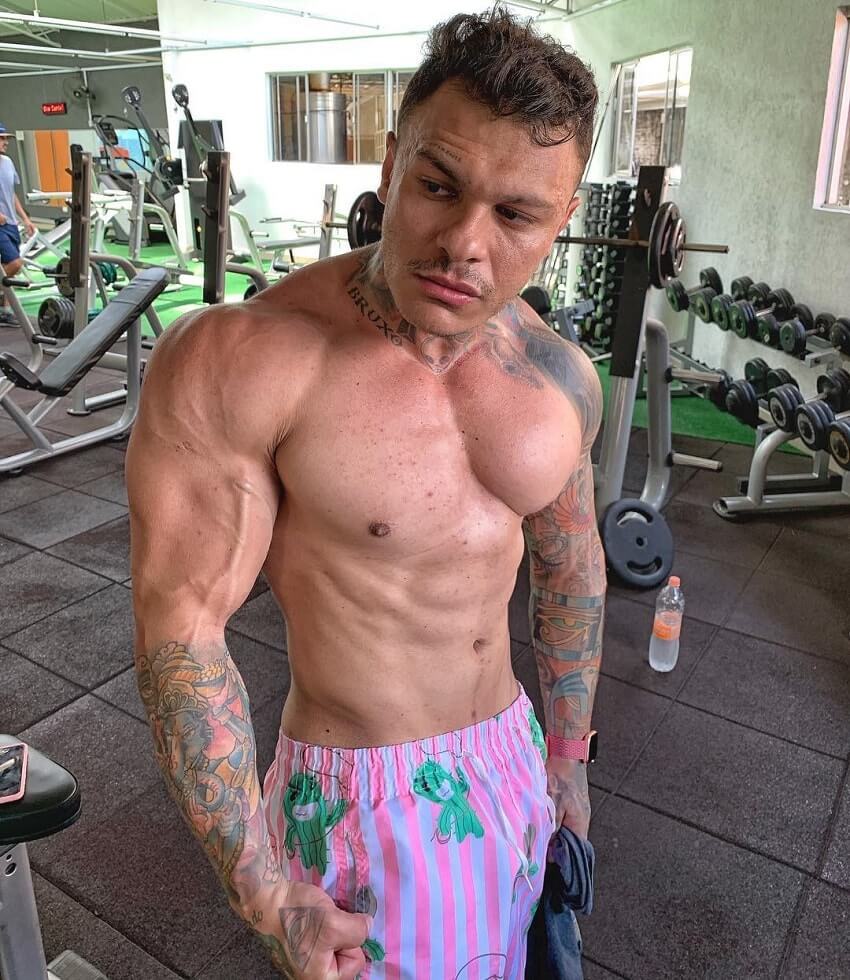 Tiago places a lot of importance on breathing.

By breathing in a specific way, Tiago increases his stamina, endurance, and even punching power. 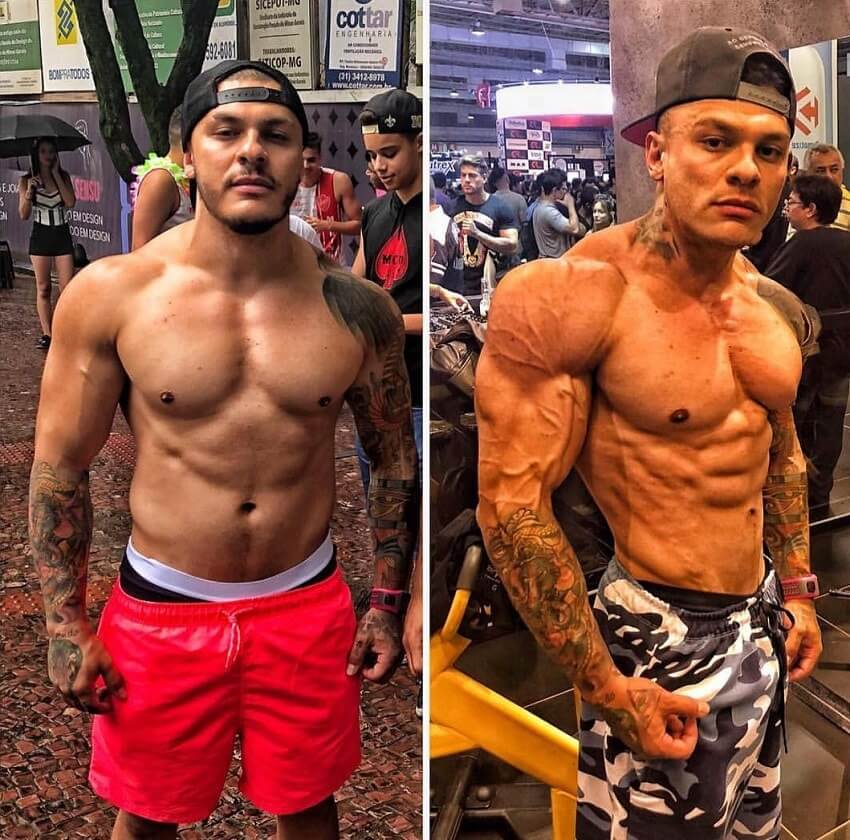 Tiago often does supersets in his workouts to increase intensity. Sometimes, he’ll even go to failure when doing supersets.

In between every superset, Tiago takes a quick break by doing a couple of rounds of deep breathing. He’ll breathe in and out 4-6 times to fill his muscles with oxygen and energy for the next exercise. 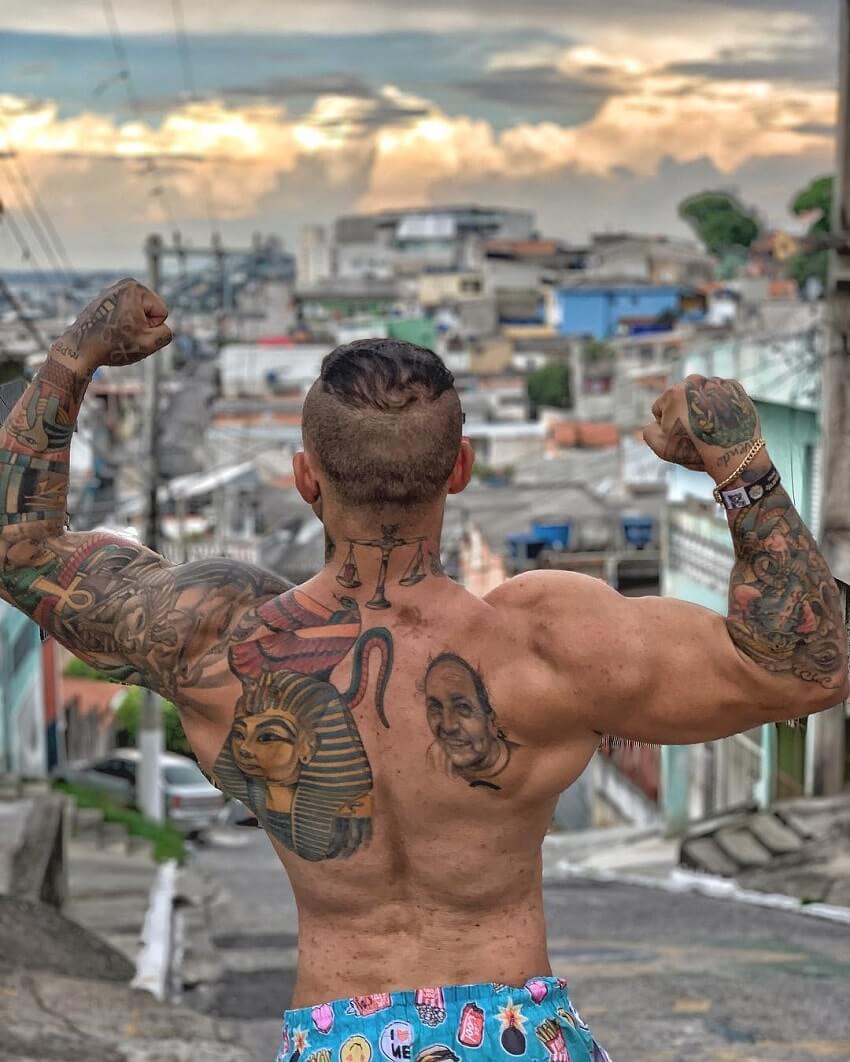 Tiago doesn’t have a set training plan. Most of the time, he trains by intuition.

However, if he has a special event coming up, Tiago will create a workout plan in his calendar. It will include the body parts he trains, on which days he rests, as well as his training duration.

His biggest priority is doing exercises with correct movements and listening to his body’s signals. It’s easy to see from Tiago’s sharp muscle definition that he pays a lot of attention to his form and ‘mind-muscle connection’. 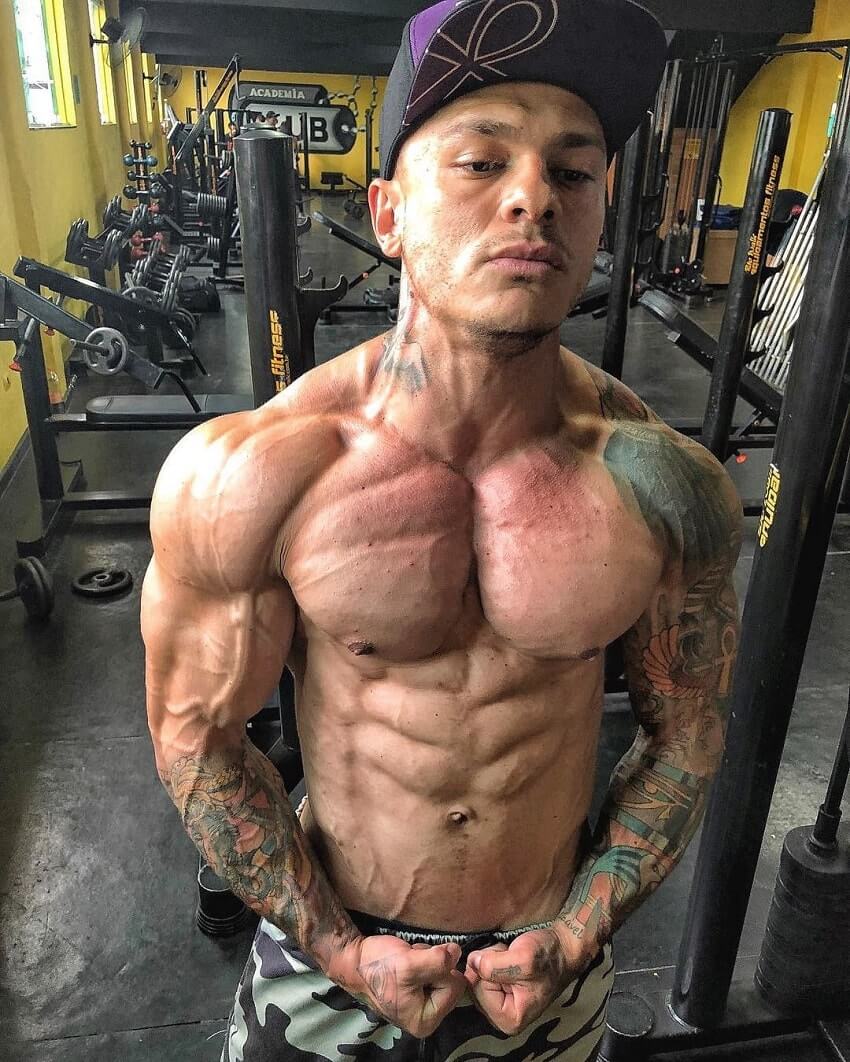 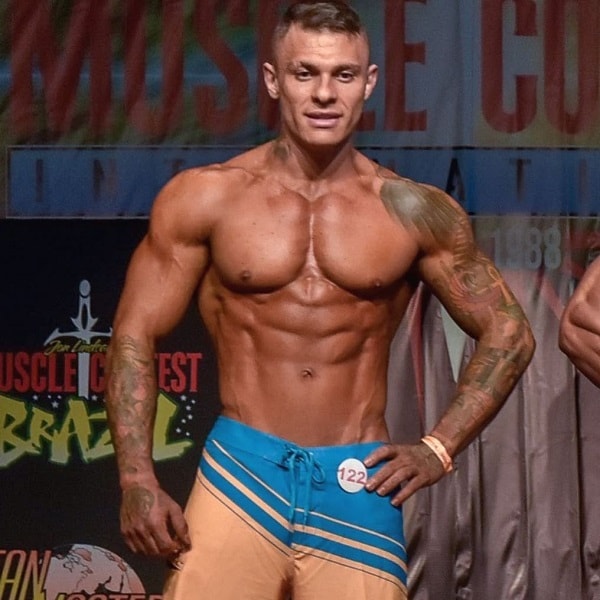 Tiago Toguro follows a clean diet consisting of lean meat, sweet potatoes, avocados, and vegetables. These foods fuel his physique to perform at his peak all-year-round.

To keep a low body fat percentage, Tiago has his own little secret dieting methods. One of these might include carb cycling.

With this method, he’ll eat a low amount of carbs for two or three days, then follow it up with a high-carb day to restore his glycogen reserves. However, Tiago doesn’t always do carb cycling – only before an important event. 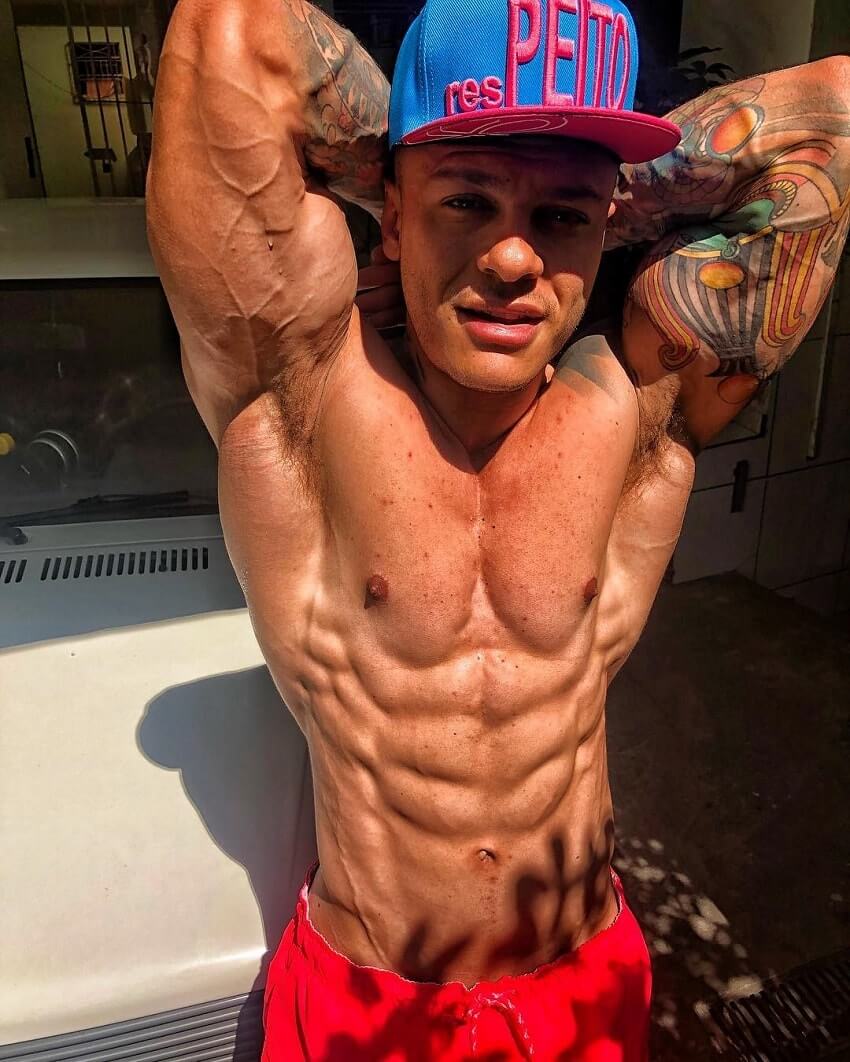 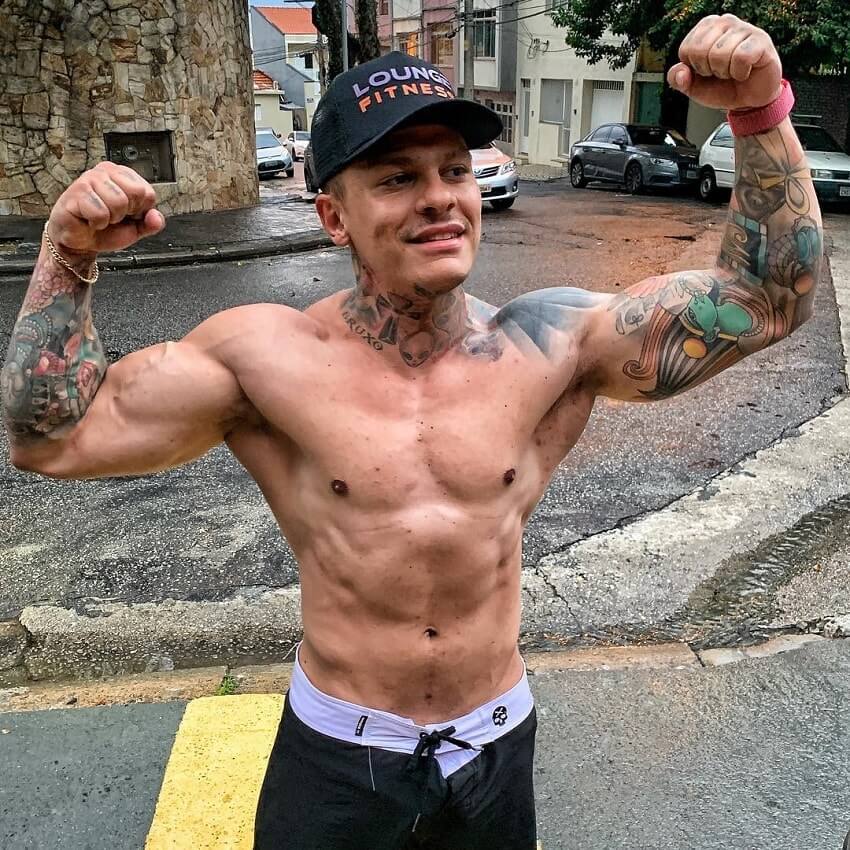 What we can learn from Tiago Toguro

With his example, Tiago Toguro shows us what can be achieved when you put your mind to something.

Tiago’s awesome physique and work ethic is a testament to what the human body can achieve through hard work and visualizing your goals.

With the same approach as Tiago Toguro, you too could be on your way to build a physique of greatness.