Shaun Clarida is an American bodybuilder hailing from New Jersey. Standing at just 5′ 2″, he was able to achieve remarkable success on the bodybuilding stage, earning IFBB professional status in 2012.

As a result, he acquired the nickname ‘The Giant Killer’ – a reminder of his ability to emerge victorious ahead of athletes that towered over him.

Starting his fitness journey throughout high school, he took part in competitive sports ranging from wrestling to basketball – fulfilling his desire for an adventurous lifestyle.

In the process, he brushed off negative comments from those who doubted his abilities. Soon enough, he became an inspiration across the world, renowned for his strength and determination. 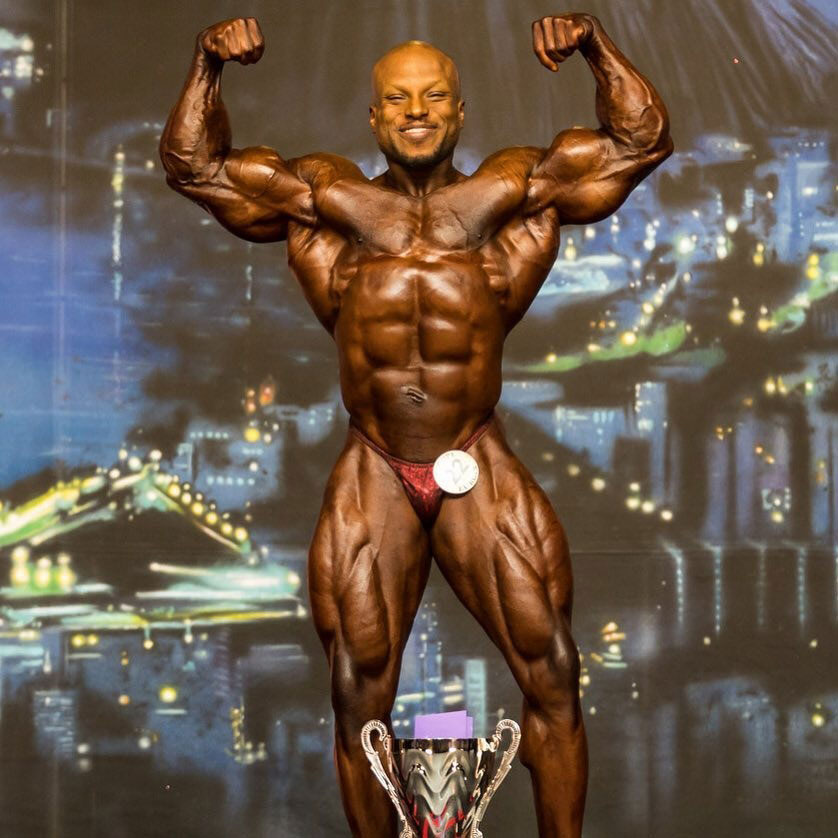 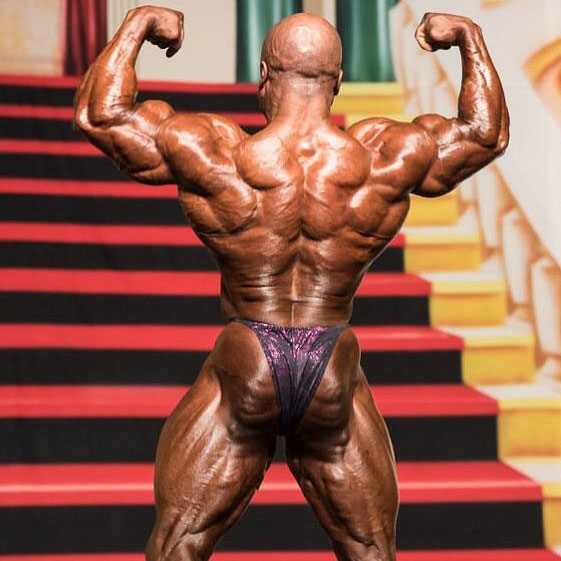 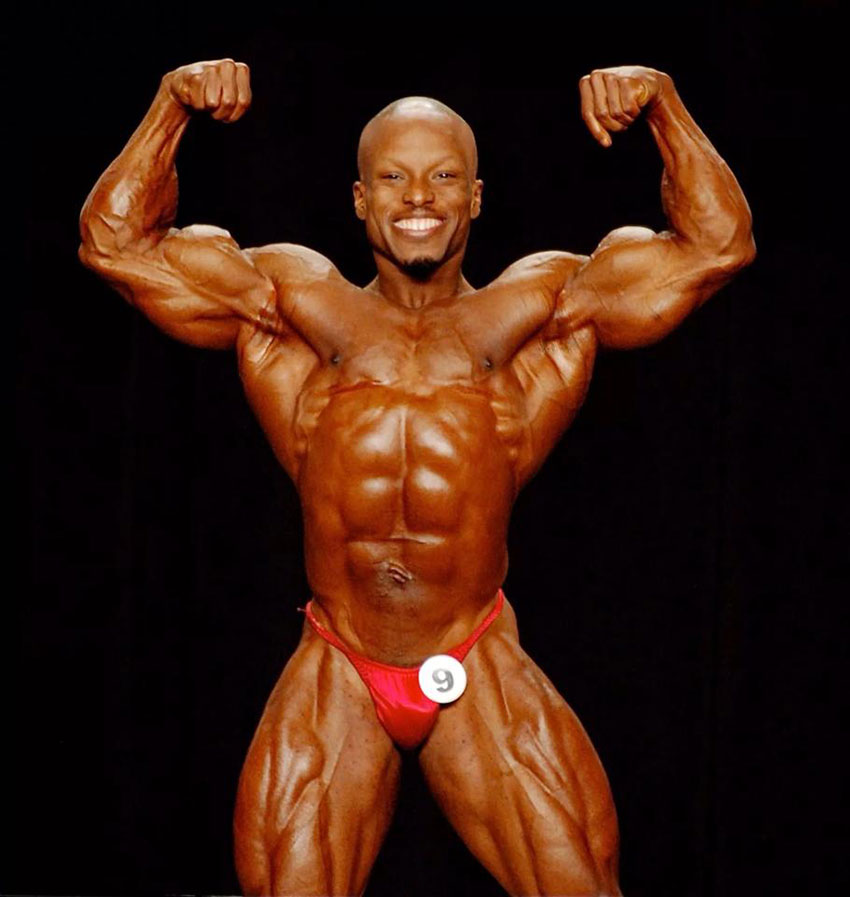 Shaun was born in New Jersey in 1982. Throughout his childhood, he was a very adventurous character – his life revolved around sports. During this period, he regularly took part in competitive sports such as wrestling, gymnastics, baseball and basketball

However, he was never the biggest guy in his school. At this point in time, Shaun was only 5′ 2″ and weighed just 98 lbs. Because of this, Shaun was bullied by those around him. They said he would never amount to anything in his sporting career – so he set out to prove them wrong.

However, by the time he reached college, Shaun’s efforts in the gym had been laid to waste – much to his frustration. He failed to build significant muscle, so Shaun knew that he had to change his routine.

When He Discovered Bodybuilding

Shaun met a local bodybuilder in the gym who taught him everything that he needed to know about building lean muscle mass. From this point, Shaun became motivated more than ever.

However, bodybuilding was never something that Shaun had considered previously. He wasn’t even aware of it before this point, but it quickly became one of his biggest passions.

As a result, Shaun soon realized that he wanted to become a competitive bodybuilder. He had made substantial progress in the gym by following guidance from the bodybuilder he met.

After several months of training hard in the gym, Shaun began preparations for his first bodybuilding competition. From this point onward, he never looked back. 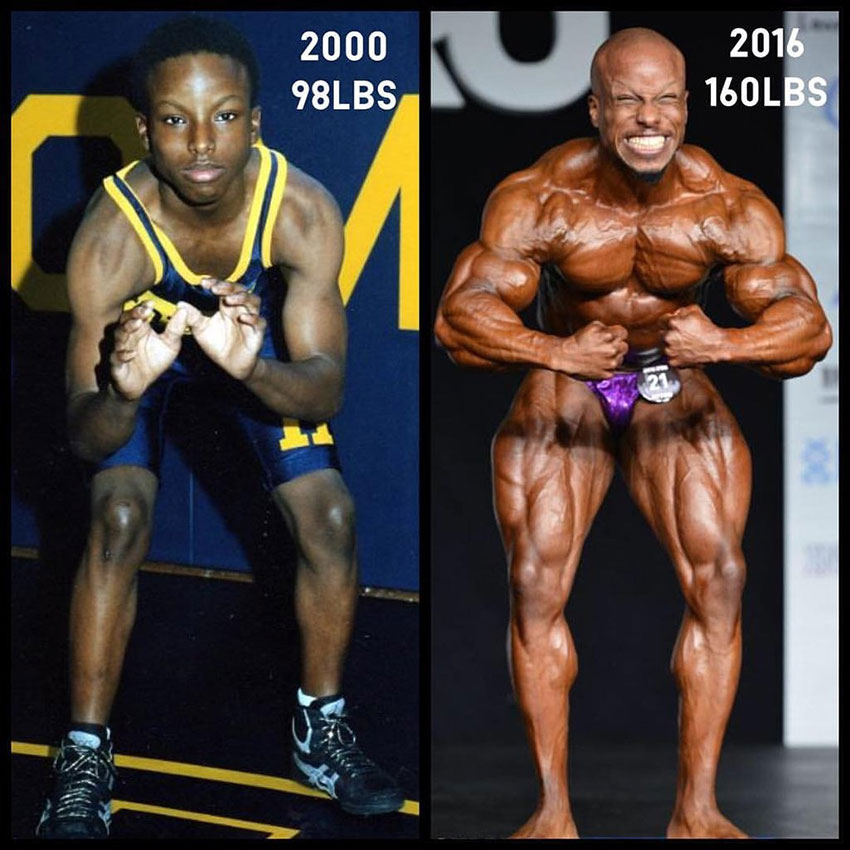 Shaun before compared to after he began how he looks now

Shaun’s first competition appearance was at the NPC Mid-Atlantic Natural Classic in 2005. After successfully completing his preparations, he stormed to a 3rd place finish in the novice lightweight division. From then on, Shaun knew that he had made the right choice by becoming a bodybuilder.

Throughout his early bodybuilding career, Shaun kept pushing on to finish in the top 3 in his next 5 competitions. This included the Natural Empire States Championships in 2005, where he finished in 1st place in the Open Men’s Bantamweight division.

This proved that Shaun had immense potential on the bodybuilding stage despite his small height. He finished above bodybuilders who were much taller than him, showing that he had begun to prove wrong those who doubted him.

Eventually, after earning his WNBF pro card, Shaun knew that he was capable of achieving more. This is when Shaun decided that he wanted to move up a level in his fitness career. Here’s Shaun talking about making the decision to broaden his horizons:

“I had a great run with the INBF/WNBF but was ready for a bigger stage, new challenges and I wanted to finally make my run for my IFBB Pro Card. It was a very tough decision to leave being one of the top guys in the WNBF to starting from the bottom in the NPC, with no guarantees of earning my pro card. However, I decided to just go for it and I’m glad I did”.

His Quest To Become an IFBB Pro

Shaun continued to push forward in his fitness career, making it his ultimate goal to become an IFBB Pro. Along the way, he achieved remarkable success, storming to three first placed finishes including at the Team Universe Championships in 2011 in the open men’s bantamweight division.

After making continual progress on the bodybuilding stage through working hard in the gym, Shaun was able to reach his goal. He earned his IFBB pro card at the National Bodybuilding Championships in 2012, finishing in 1st place in the open men’s bantamweight division.

Shaun reached his peak as a result of his hard work and determination. After winning the competition, Shaun highlighted this was the proudest achievement of his bodybuilding career:

“Eleven years ago, all of this wasn’t even a thought in my mind. I’m excited for how great my career has been thus far and I’m even more excited for what the future holds”.

After achieving success on the bodybuilding stage, Shaun now aims to be a positive influence in other people’s lives. He made it his mission to help others achieve things they never thought they could – just like him. Shaun stated the following in regard to this:

“My ultimate goal is to continue to compete and be successful. I want to be able to help motivate and encourage others, especially natural lifters and of course shorter bodybuilders that there is nothing that can hold you back. You just have to set your mind to a specific goal and don’t stop until you achieve it!”. 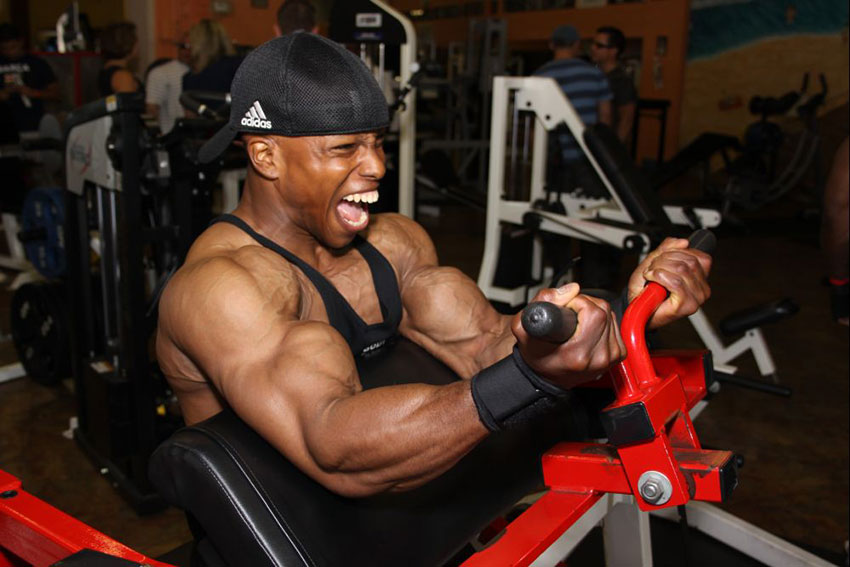 As an IFBB professional bodybuilder, Shaun must ensure that he trains hard in the gym – regardless of whether or not he is preparing to compete. Shaun stated the following regarding his intense training methods in the gym:

“My workouts are always intense, whether that be off-season or in-season. I’ve tried many methods of training and come to find that volume training and lots of heavy weight has worked best for me. I like to fill the muscles with as much blood as possible”.

Exercises that Shaun performs on a regular basis are listed below, along with a list of his favorites: 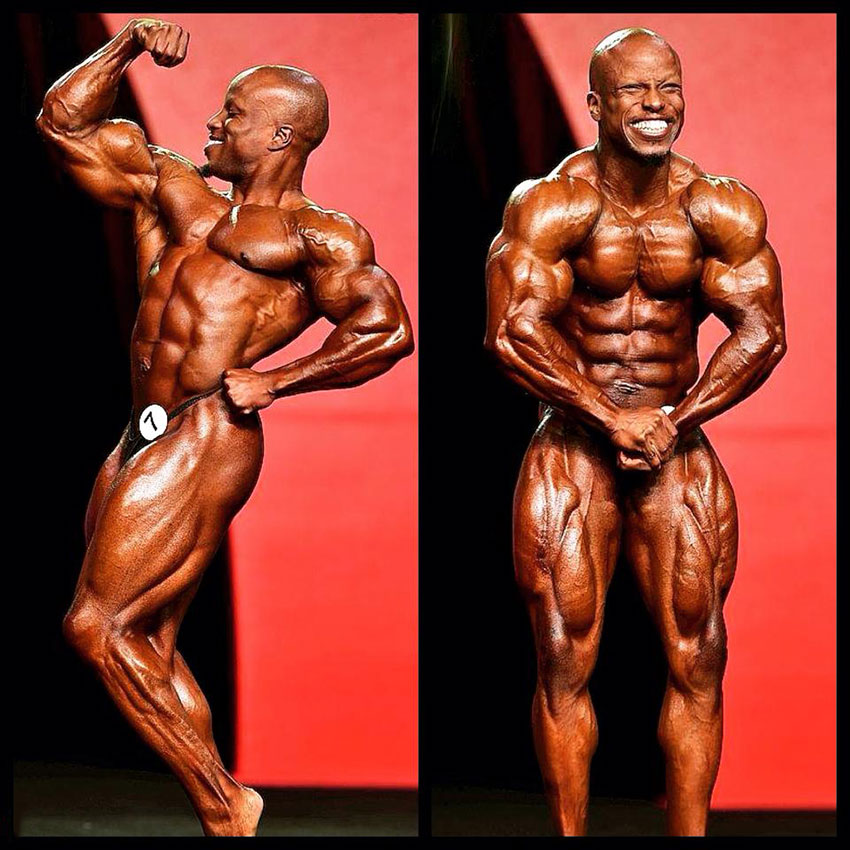 As it is Shaun’s aim to continually gain size, during off-season he will eat anything that he likes to gain muscle mass. However, when preparing for competitions, this is when Shaun follows a strict diet – comprising mainly of lean proteins, healthy fats and complex carbohydrates.

A meal plan that he follows in preparation for a competition is listed below: 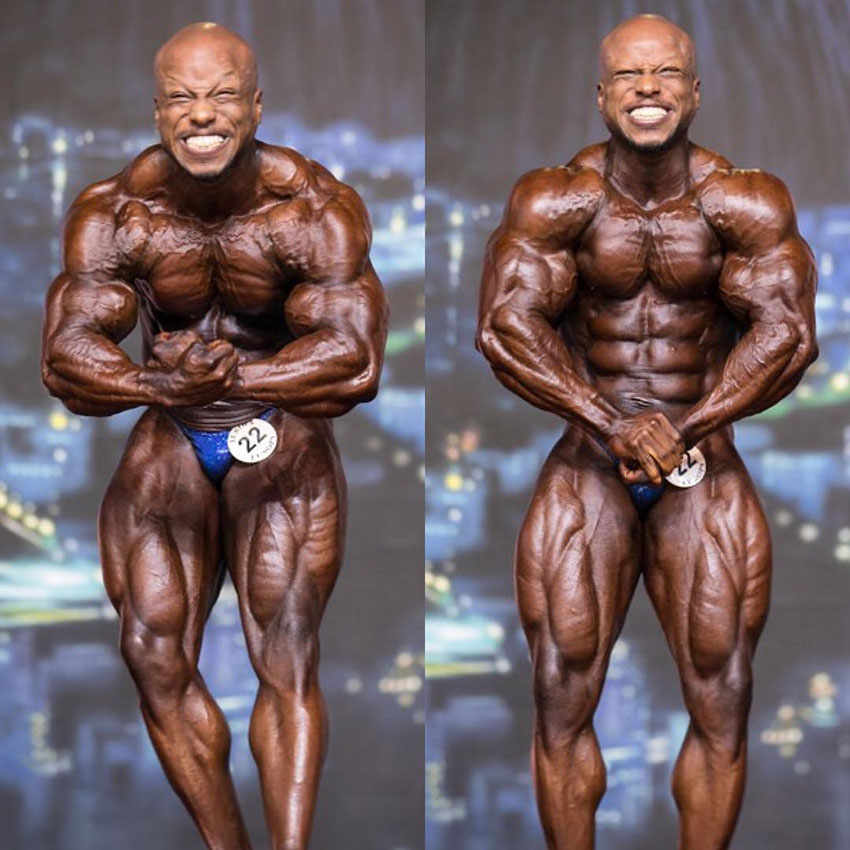 Throughout his time in high school, Shaun always had a love for competitive sport. This formed a foundation for a career in fitness, but it wasn’t until college that he really began to give it his all.

This is when he met a local bodybuilder who guided him on the right path. He became a huge character in Shaun’s life that allowed him to realize that it was his dream to become a bodybuilder. In regard to this, Shaun stated:

“I grew up around the weights but never knew what bodybuilding was. I always worked out but just wanted to have abs. It wasn’t until I got into college that I met a local bodybuilder who taught me everything about the sport and he prepared me for my first contest”. 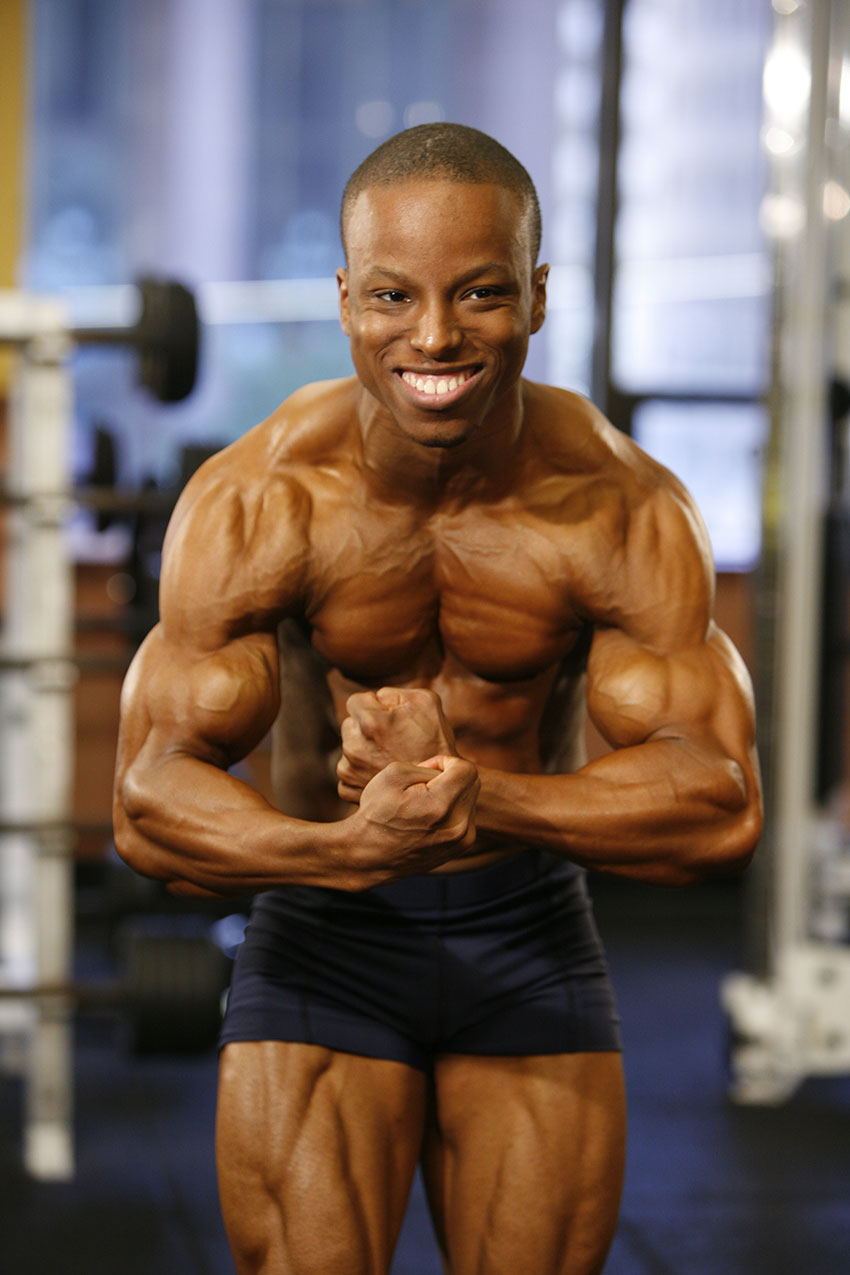 What we can learn from Shaun Clarida

Despite being told that he would never be good enough, Shaun Clarida defied his critics to achieve great things in his life. He became a success on the bodybuilding stage, highlighting his huge strength of character.

What we can learn from Shaun Clarida is that he never let anyone bring him down. He may not be the tallest bodybuilder around, but he certainly proved his doubters wrong. As a result, he achieved things he never thought he could.