Sasan Heirati is a Persian-born, British-raised professional bodybuilder. Sasan competes in the elite league of the IFBB, where he’s achieved respectable results. This includes placing among top 5 in the 2016 Wings of Strength Chicago Pro, alongside taking 6th place in the famous 2017 IFBB New York Pro.

Growing up, Sasan showed a great deal of interest in physical activity. His interest in weightlifting, however, only became apparent after he entered his mid-teens. It was at the age of 14 when Sasan picked up the weights for the first time, with a goal of improving his sports performances in high school.

Over the years, Sasan’s motivation to lift weights became much ‘deeper.’ It came to a point where Sasan no longer trained only to improve his sporting performance, he also began to develop a strong passion for improving his physique.

Driven by his newly-discovered passion, Sasan went on to build a physique worthy of admiration. In the process, he became interested in bodybuilding contests. One thing led to the next, and Sasan soon started a career within bodybuilding, which reached its peak in 2015 when he became the British Bodybuilding Champion and IFBB Professional Bodybuilder. 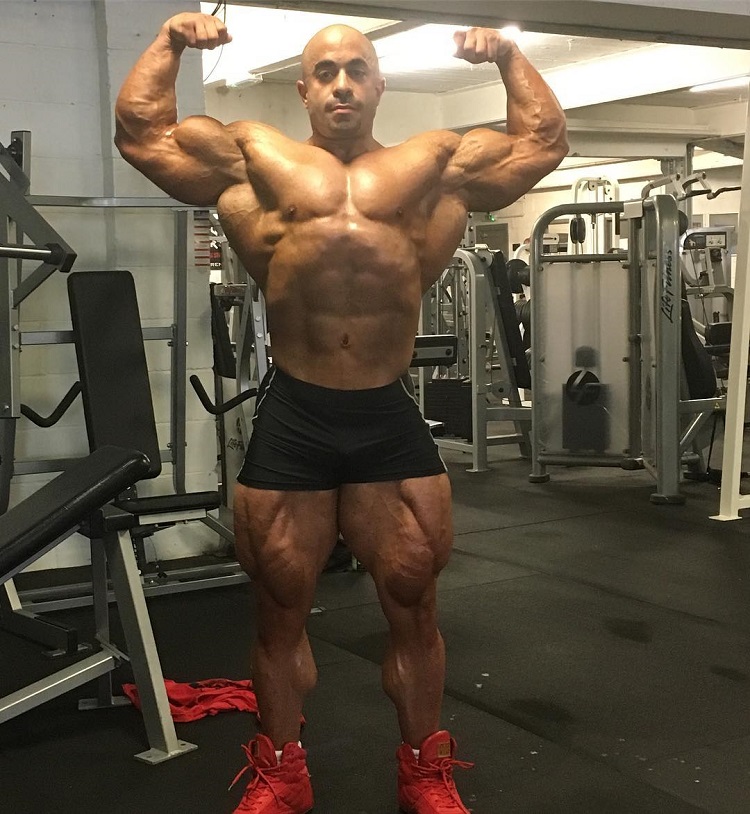 “I am completely humbled to have the support and following I do. Whether it’s friends, family, or support from bodybuilding followers worldwide I thank each and every one of you and I wish you the best.” 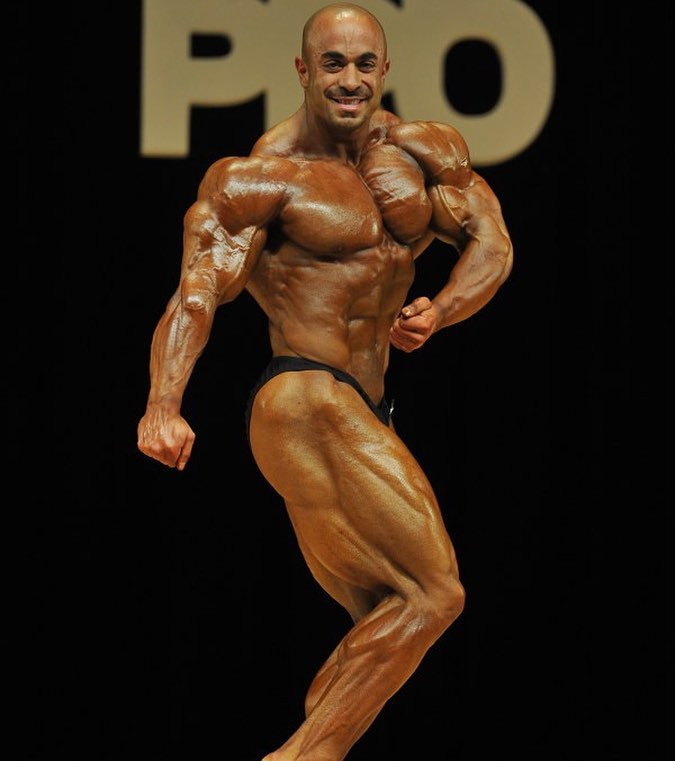 “I’ll never chase the size game but I’ll always chase my own game and what feels right to me.” 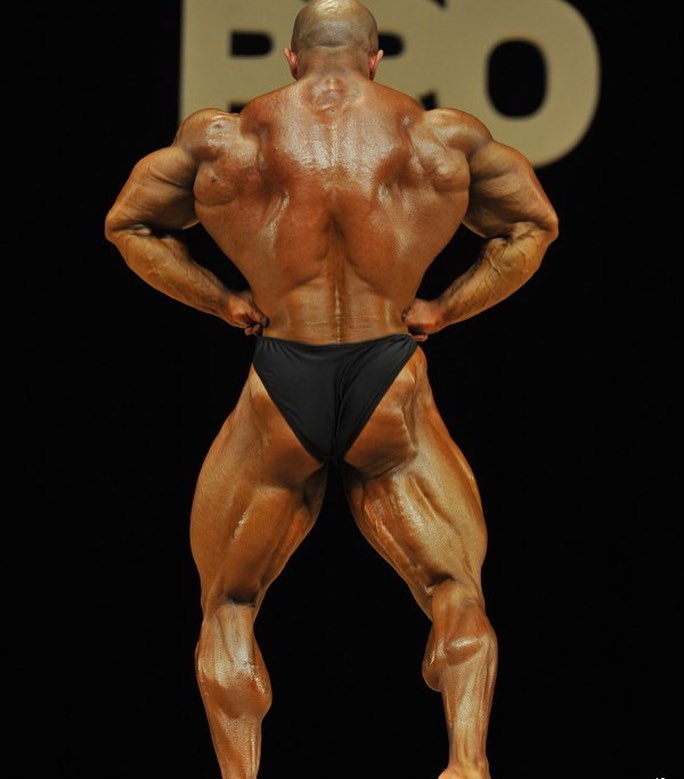 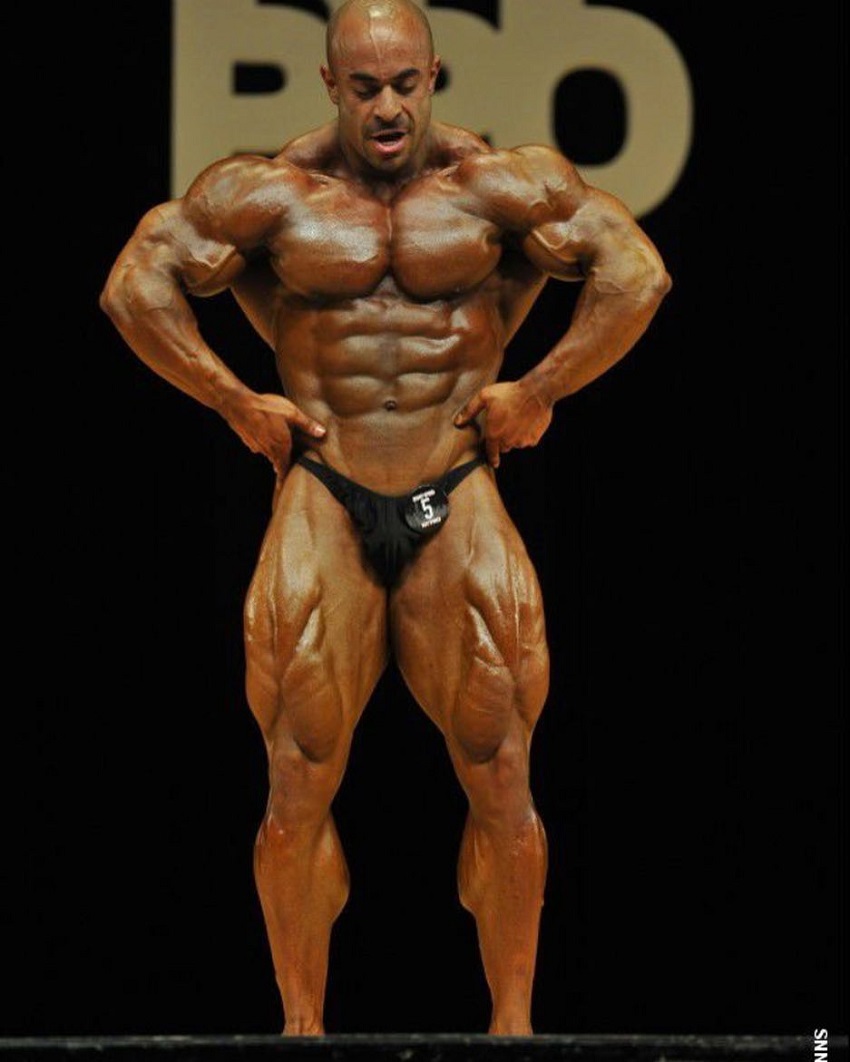 “Forget the stage the trophies, the cheques, etc. They will come and that’s when I showcase my proud hard work! In the meantime, it’s me, myself, and I! On top of that enjoy your loved ones.

Point of this message – motivation should be 100% within. Be yourself, believe in yourself, and always do things that feel right to you regardless of the rules being thrown around today. Ignore the BS and have fun.”

Generally, Sasan will train in the gym five to six times per week. This means, he has one or two weekly rest days, where he allows his muscles to fully recover.

Sasan’s workouts are based on high-volume training. During his training sessions, Sasan aims at doing 20 sets per muscle group. His repetition range is 6-10 reps per set. He uses 4-7 different exercises for each muscle group.

When it comes to exercise specifics, Sasan always preferred sticking to the basics. In other words, he bases his workouts on heavy compound lifts which work multiple muscle groups at the same time. Sasan believes, by doing heavy compound movements, he induces the most muscle growth.

However, Sasan will change his training principles from time to time. He says, changing the routine helps him avoid plateaus, as well as make workouts more ‘interesting.’ In his words; “Listening to the body and following your own instinct will help a long way in the gym. Trial and error in figuring out what works best in tune with how the body feels is important too.” 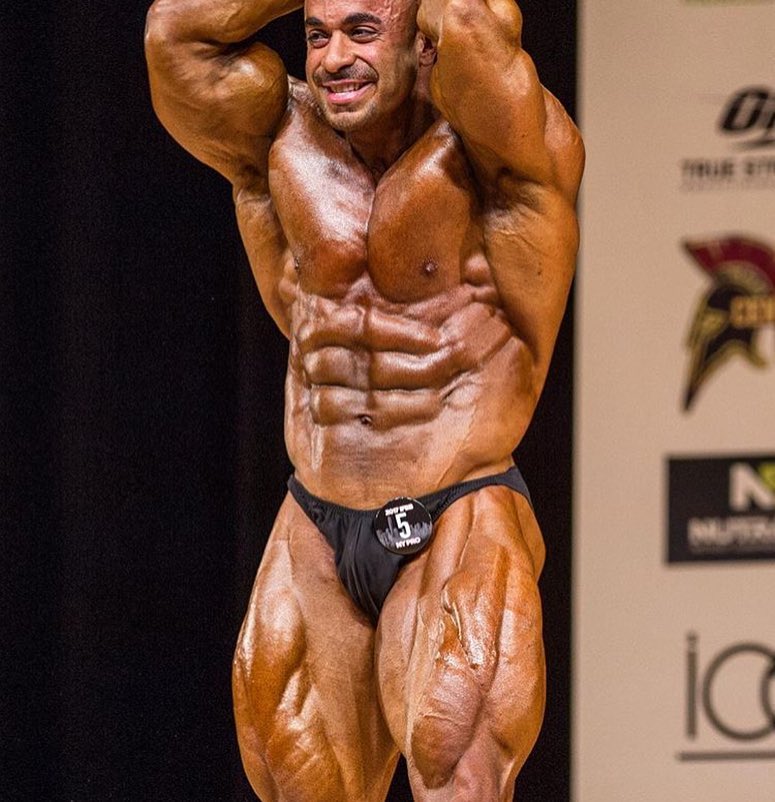 Sasan’s diet revolves around a low-fat, moderate-carb, and high-protein intake. In total, he has six to seven meals per day, in addition to one cheat meal which he consumes occasionally.

Just like with his training, Sasan believes in a simple, balanced, and effective way of dieting. He picks foods that work best for his individual goals. More specifically, Sasan will eat healthy foods most of the time but he’ll also allow himself something more palatable every now and then. 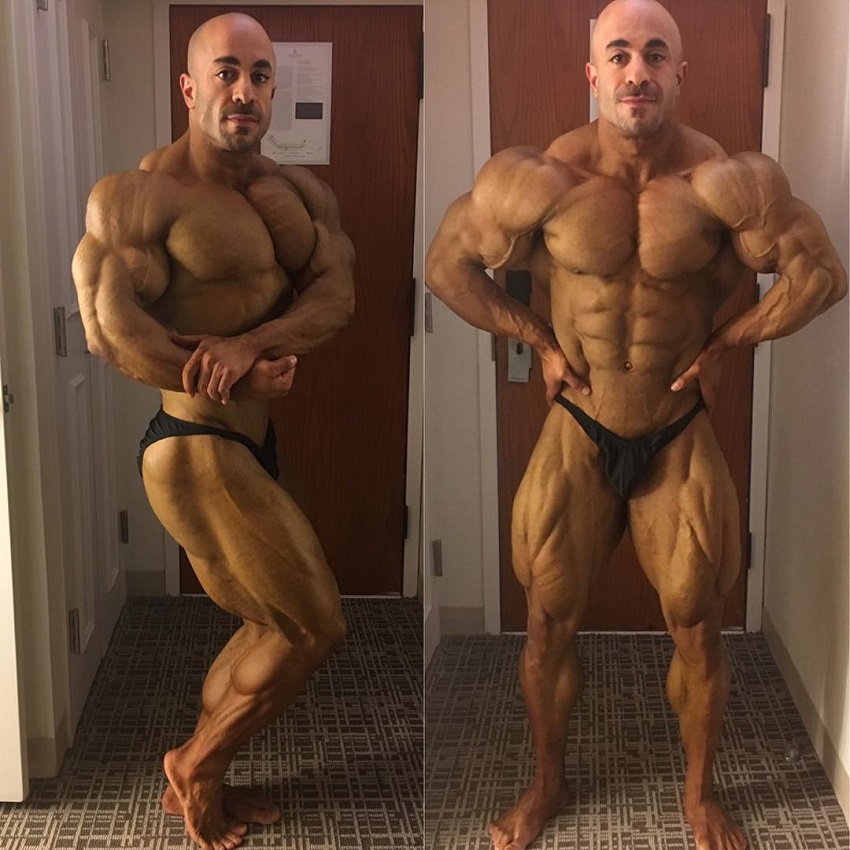 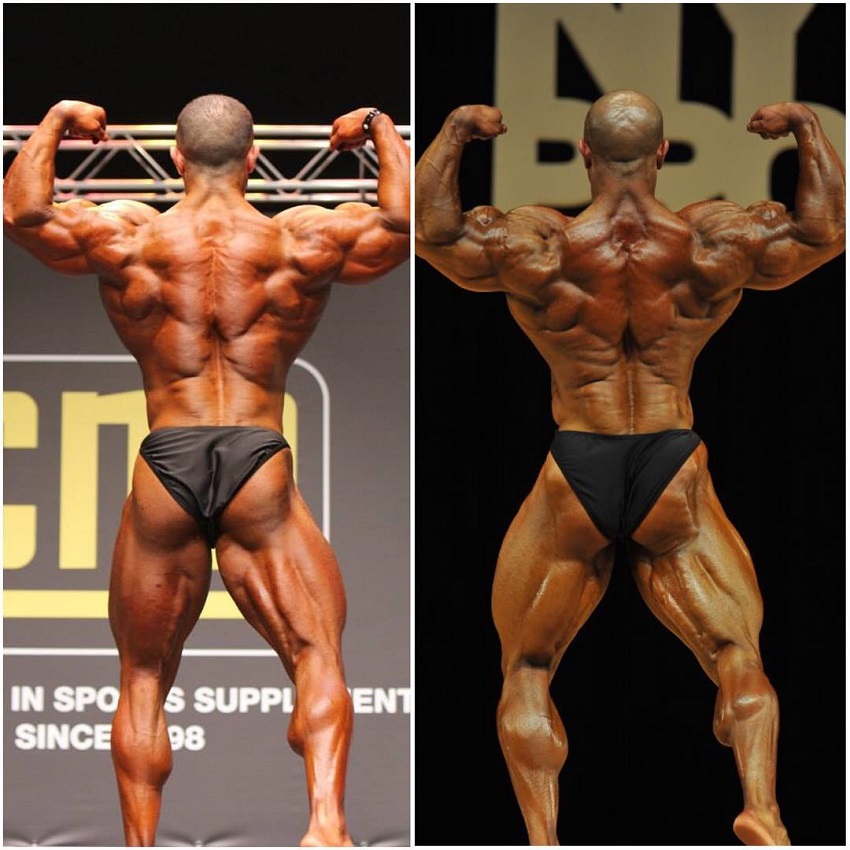 “I find a lot of bodybuilders tend to believe they don’t need to train abs. I’ve always disagreed and I’ve always trained my abs. And it pays off. Controlling them properly requires training them. Pretty simple and very basic really.”

For Sasan, there are many athletes who inspire him to work hard and be the best version of himself. However, if he only had to choose one, it would be Jay Cutler.

Here’s what Sasan said about his favorite bodybuilder, Jay; “Both in and out of the gym he has excelled through years of consistent hard work and a strong smart mindset. True gentleman and ambassador of the sport and someone to look up to in every way as both family man, businessman, and bodybuilder.” – Sasan Heirati 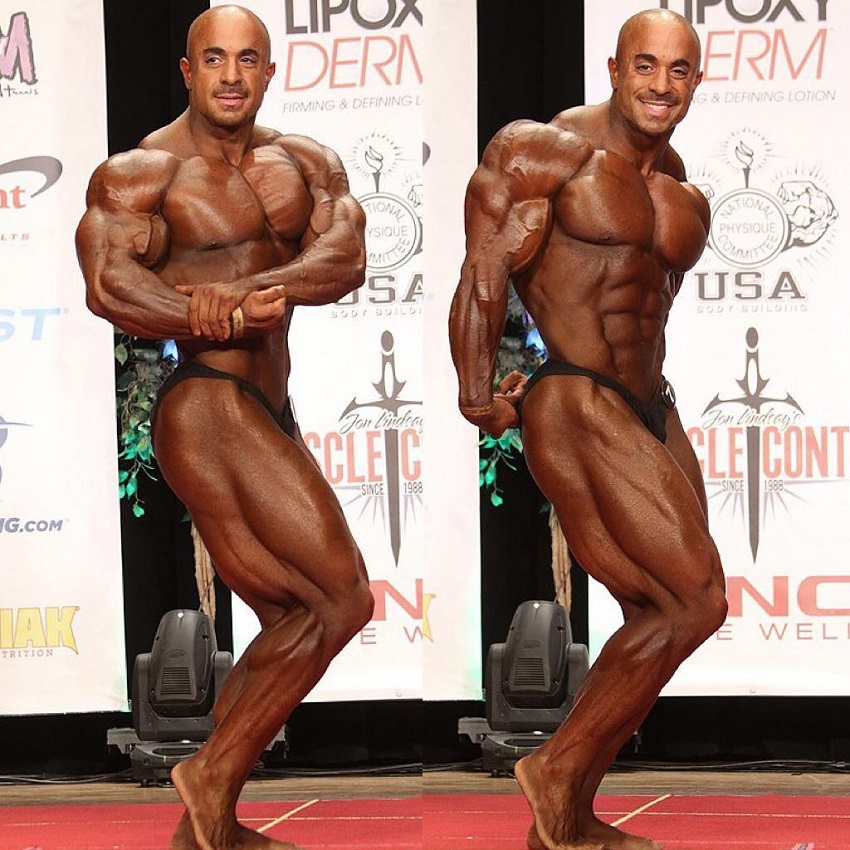 “Never take life for granted. It really can end at any time. Be grateful for everyone and everything you have…”

What we can learn from Sasan Heirati

Sasan Heirati developed a love for the bodybuilding lifestyle from an early age. Throughout the years, he furthered his passion to become a successful bodybuilder, athlete, and online persona.

Sasan has shown us that weight training, along with a healthy diet can be help you not only improve your physique, but also open up opportunities in life that otherwise wouldn’t be there – just like we saw in his own example.