Samuel Dixon is a bodybuilder, personal trainer and fitness model hailing from Quebec, Canada. His passion for sports started from an early age, taking major influence from his parents who encouraged him to lead an active lifestyle – just like them.

He first joined a gym at the age of 18 – quickly becoming hooked on weightlifting. But one day, he wanted to take his fitness career to the next level. He began competing on stage, reaching his peak when he earned his Musclemania Pro Card in 2014.

Now, Samuel aims to help others reach their fitness goals, fulfilling his wish to have a positive impact in other people’s lives – stating the following

“I’m very fortunate to be able to use my knowledge and experience to help others achieve their personal goals. This satisfaction is what drives me every morning to push myself to the limit, knowing that I have the possibility of having a direct impact on someone’s life”. 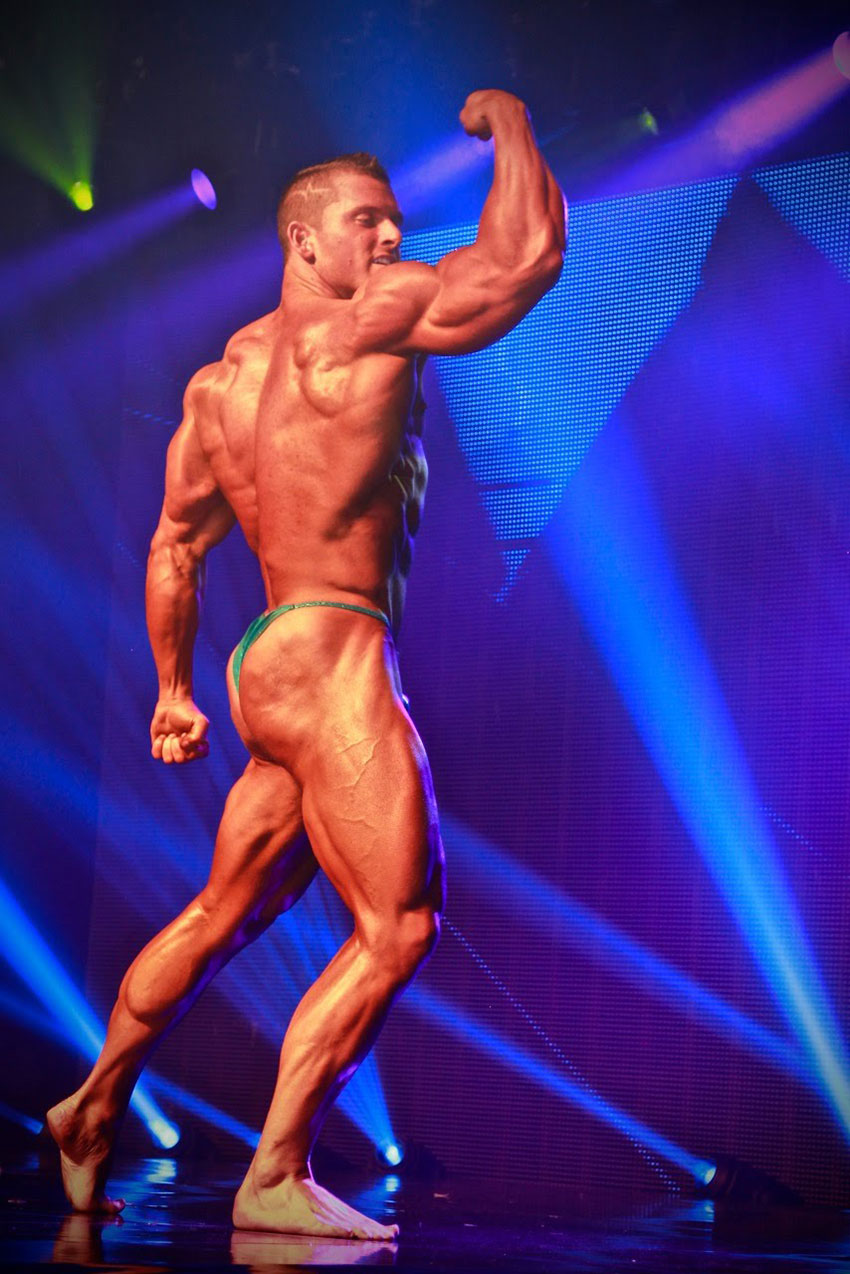 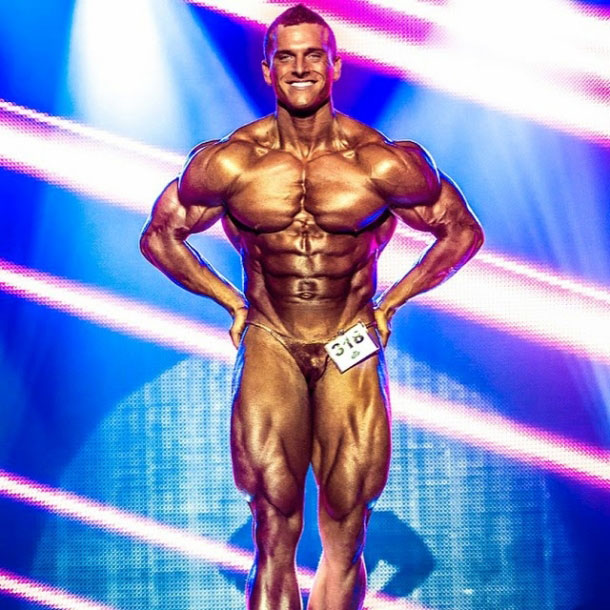 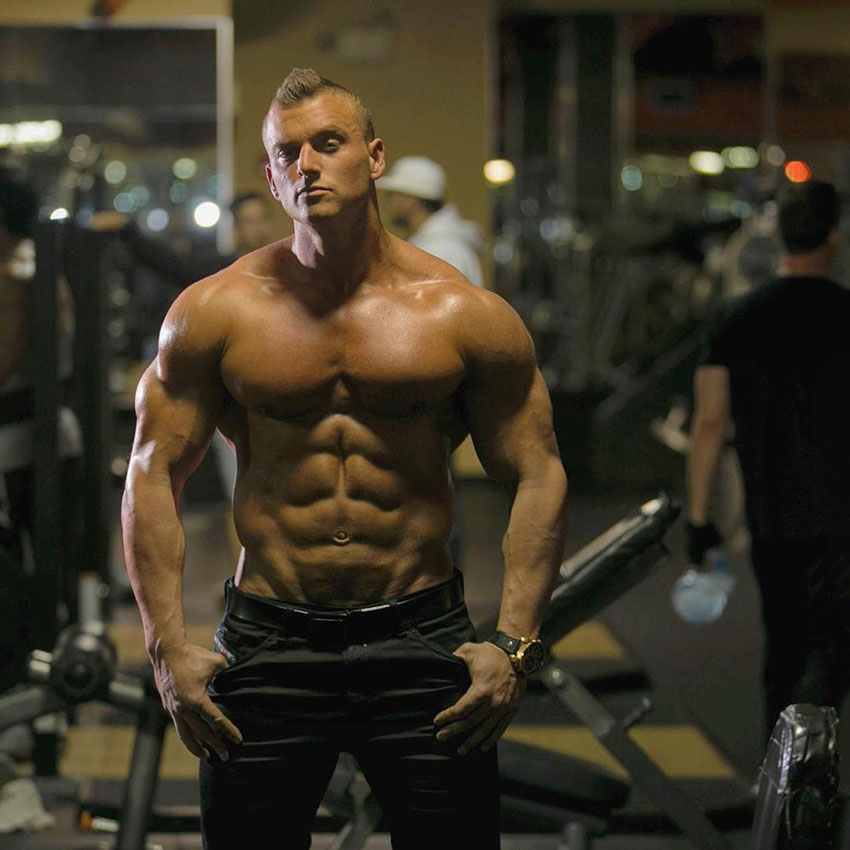 Samuel Dixon was born in Gatineau, Quebec in 1988, spending his time there throughout his childhood. He grew up with parents who had maintained an active lifestyle all their lives, so they were eager for Samuel to get involved within sports from an early age – just as they had.

As a result, Samuel quickly fell in love with competitive sports. Taking part in these sports allowed him to keep pushing forward, while maintaining a heavily active lifestyle – following in the footsteps of his parents. Samuel cites his parents’ influence in forming a foundation for his love for fitness:

“I always felt supported in whatever I did and that gave me wings to pursue what I love doing and never look back”.

By the age of 18, it was Samuel’s wish to improve his performance in the sports he took part in. At this point, he joined the gym with the aim of achieving just that. He began weightlifting on a regular basis, quickly seeing results due to his drive and desire to improve upon his physique.

Because of this, Samuel gained 10 lbs of lean muscle mass in a matter of months. He then wanted to take his fitness career to the next level – this is when he turned to the bodybuilding stage.

After making considerable progress in his training in the gym, Samuel began preparing to compete in the Musclemania competition. He was determined to become a world-renowned bodybuilder, so he gave it his all to reach his goal.

Soon enough, Samuel’s hard work and determination meant that he became champion of the competition in 2014. In the process, he was able to earn his Pro Card, being the highlight of his career on the bodybuilding stage.

Upon emerging victorious in the Musclemania competition, Samuel was eager to achieve more. He had a desire to make a name for himself as a bodybuilder, stating the following in regard to this:

“After the first show, this is where I knew my life would take a turn as I became a passionate fitness competitor, and nothing was going to stop me”.

Samuel stayed true to his word – able to storm to a first place finish in the Musclemania competition in 2015. This emphasized that Samuel would stop at nothing to reach the goals he set for himself – and it was paying off. 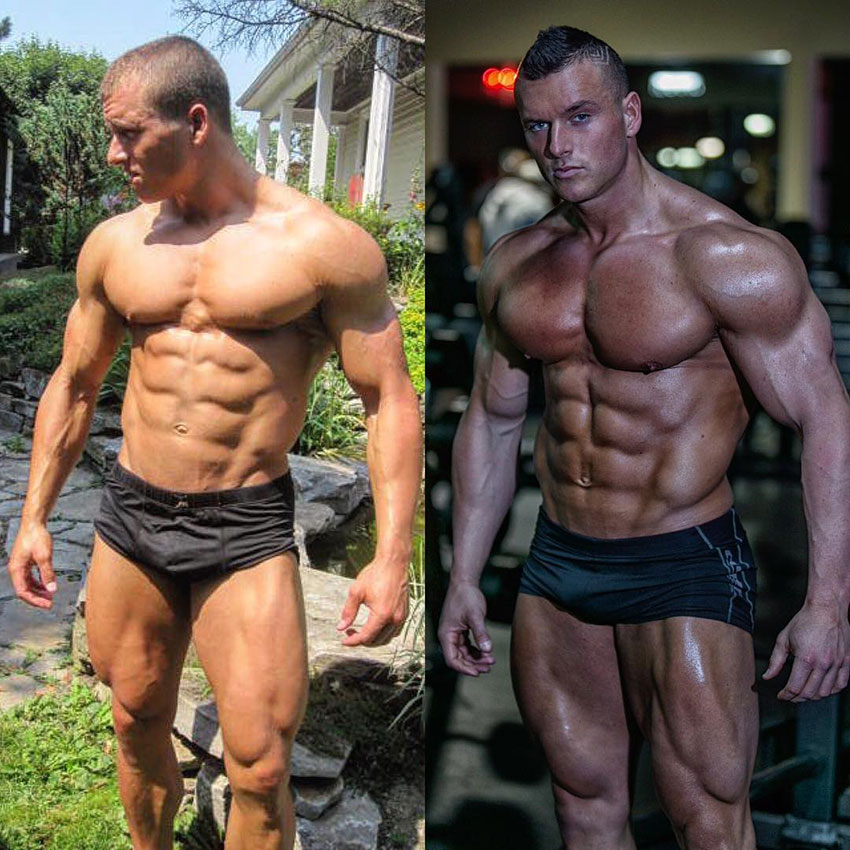 Samuel before compared to how he looks now.

University and Becoming A Fitness Trainer

After earning success in his bodybuilding career, Samuel wanted to build his knowledge in the field of health and fitness. It was at this point, he began studying at university for a degree in human kinetics.

Throughout this time, Samuel realized that he wanted to help others achieve their fitness goals. Shortly after this, Samuel became a personal trainer to supplement his studies. This quickly became something he was good at – also something that he really enjoyed.

As a result, it didn’t take long for Samuel’s career as a personal trainer to take off. This was the only motivation that Samuel needed to keep pushing forward – eager for his company to grow further.

Samuel has seen his personal training company continually grow since its formation. Upon his graduation from university, Samuel was then able to place all of his focus into his career as a personal trainer, putting on hold his aspirations on the bodybuilding stage.

By attending university, Samuel increased his knowledge of fitness considerably. As a result, he was then able to provide his fitness expertise to others, alongside reaching his own fitness goals. 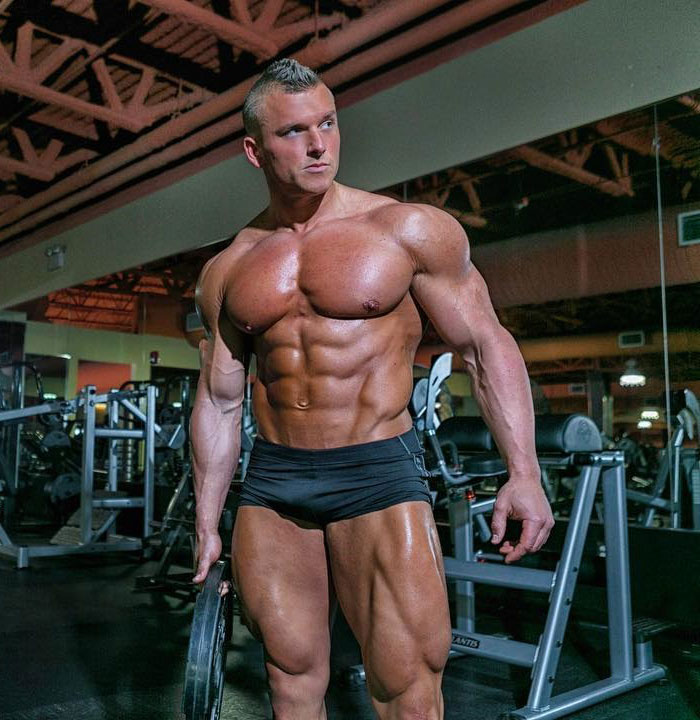 Samuel follows a training routine that involves working out in the gym 6 days per week. By remaining consistent with his training, he’s able to continually build lean muscle mass.

Samuel focuses his training on the three basic lifts – deadlifts, squats, and bench press. These are the exercises that allow him to grow at a fast rate, while regularly progressing onto heavier weights.

“Deadlifts, squats and bench press are my favorite exercises because they work a lot of muscle groups and have a great metabolic response”.

Furthermore, Samuel hits each muscle group twice per week in order to stimulate muscle growth. His routine is listed below:

Monday and Friday – Back, Chest and Calves

Wednesday and Sunday – Arms and Abs 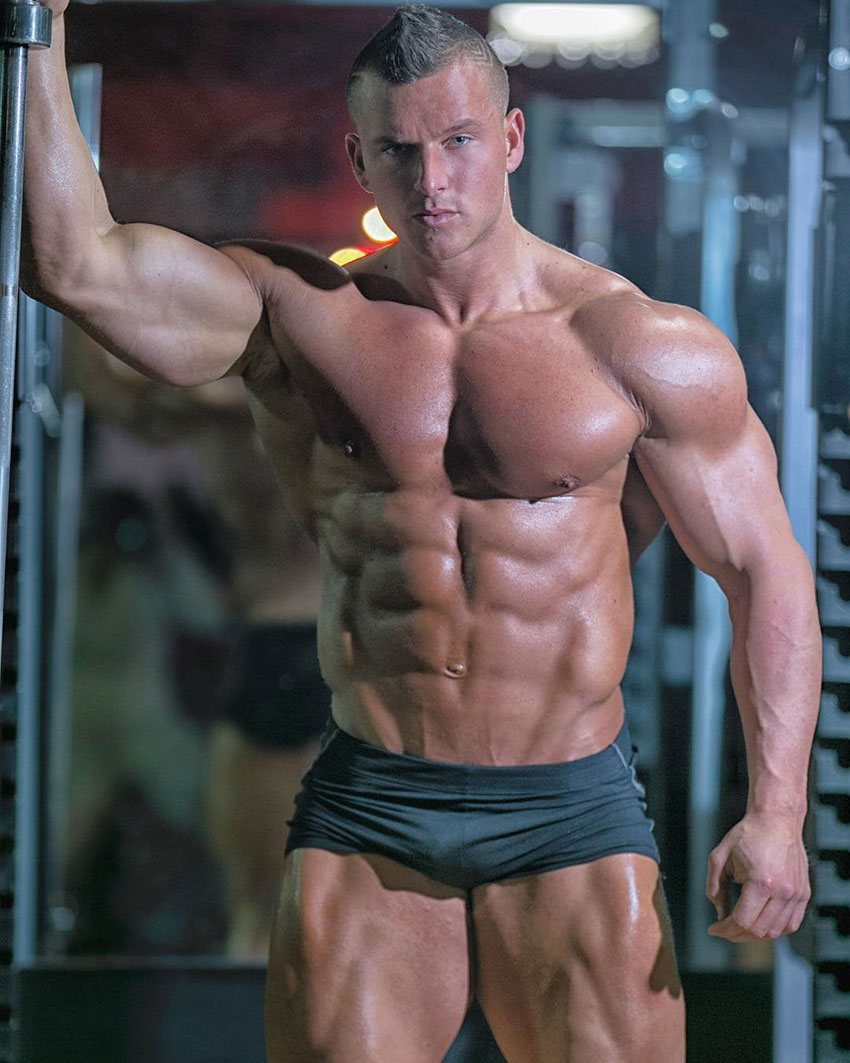 Samuel follows a diet that allows him to remain in peak condition throughout the summer months. To achieve just that, he follows a strict diet that involves preparing his meals at the start of the week. Because of this, he’s able to stay on track in his preparations for bodybuilding competitions and photo shoots.

However, throughout his off-season, Samuel participates in a bulking diet. He increases his calories considerably, with the aim of gaining as much muscle mass as possible.

His diet revolves around the following foods: 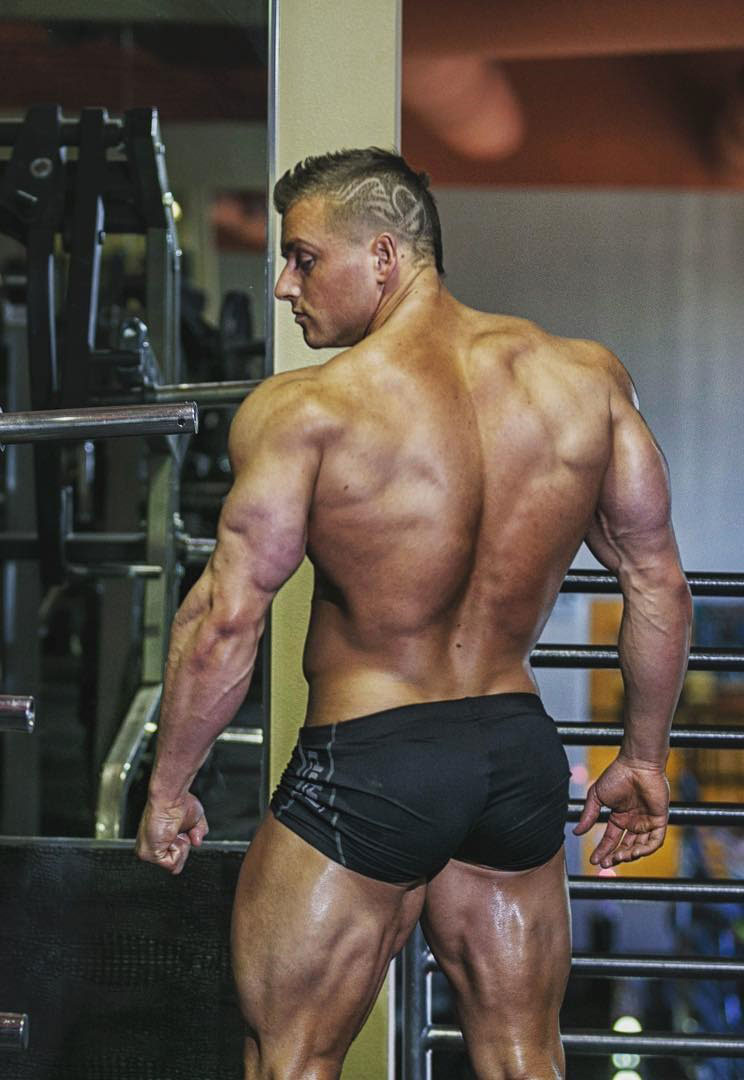 Samuel took influence from his parents when he grew up, seeing them as two of the biggest role models in his life. They encouraged Samuel to get involved in sports from an early age, so that’s exactly what he did.

As a result, he quickly established a love for fitness – participating in a variety of competitive sports throughout his childhood. This formed a basis for him to continually drive his journey forward, reaching all of his fitness goals in the process.

In addition, Arnold Schwarzenegger and Dwayne ‘The Rock’ Johnson are two bodybuilders that are a huge influence in Samuel’s life. They have both earned great things both on and off the bodybuilding stage – making Samuel want to achieve the same. 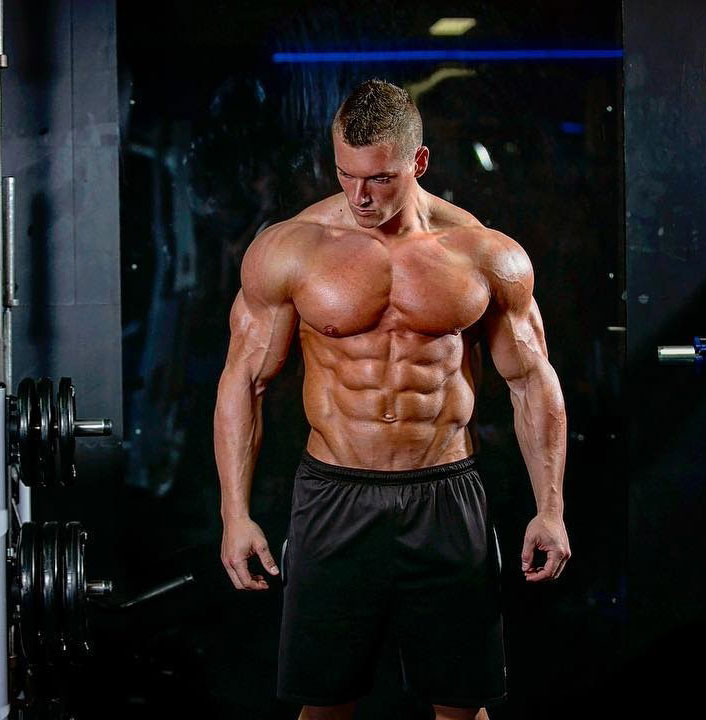 What we can learn from Samuel Dixon

Samuel followed guidance from his parents during his childhood, forming a love for fitness that continued right into his adult life. He was determined to make a career out of health and fitness – earning success on the bodybuilding stage offered him the chance.

What we can learn from Samuel Dixon is; by taking inspiration from those you see as a role model from an early age, this can set you up to achieve many great things in fitness – just like Samuel.