Born in Bairut, Lebanon, Samir Bannout (AKA. The Lion of Lebanon) is a Mr. Olympia winner, and one of the greatest bodybuilders in the history of the sport.

He began his competitive career as a 18-year-old, earning his first trophy in the 1974 Teenage Mr. Universe. This victory convinced him to move to the USA, where he competed against, and defeated, legends of bodybuiding – ultimately becoming an IFBB Hall of Famer. 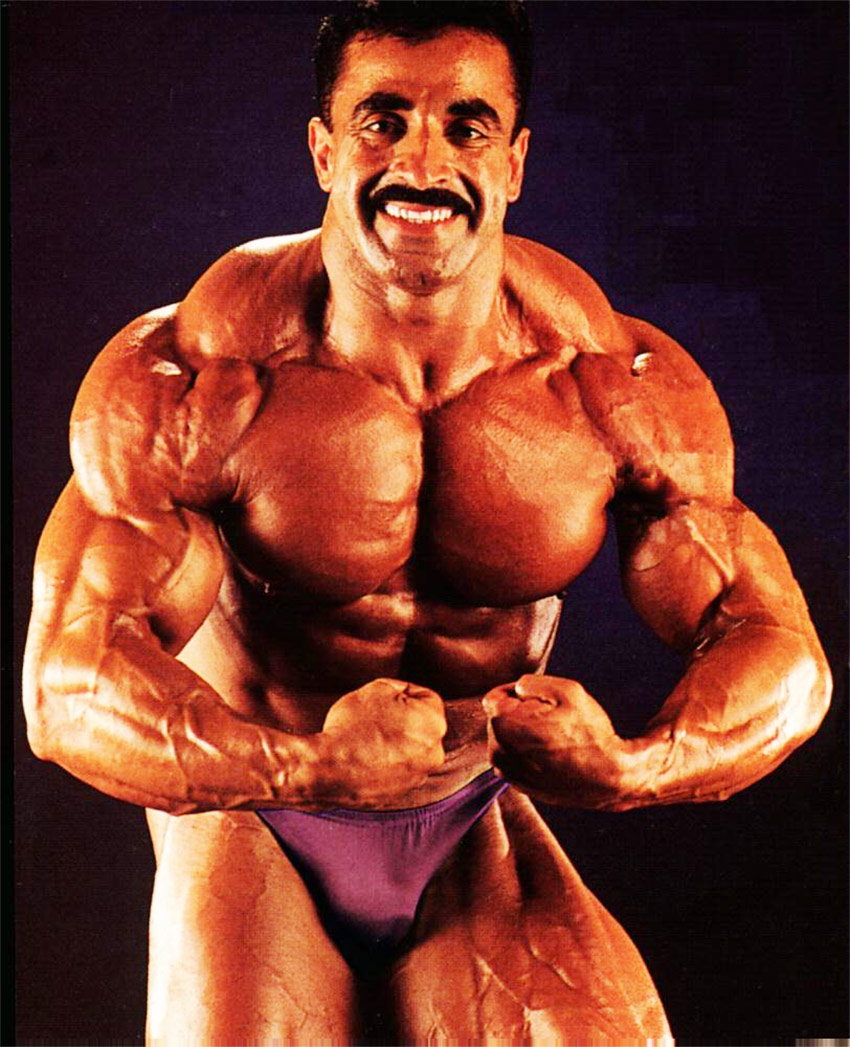 ” If you want to do something, you do it from the heart” 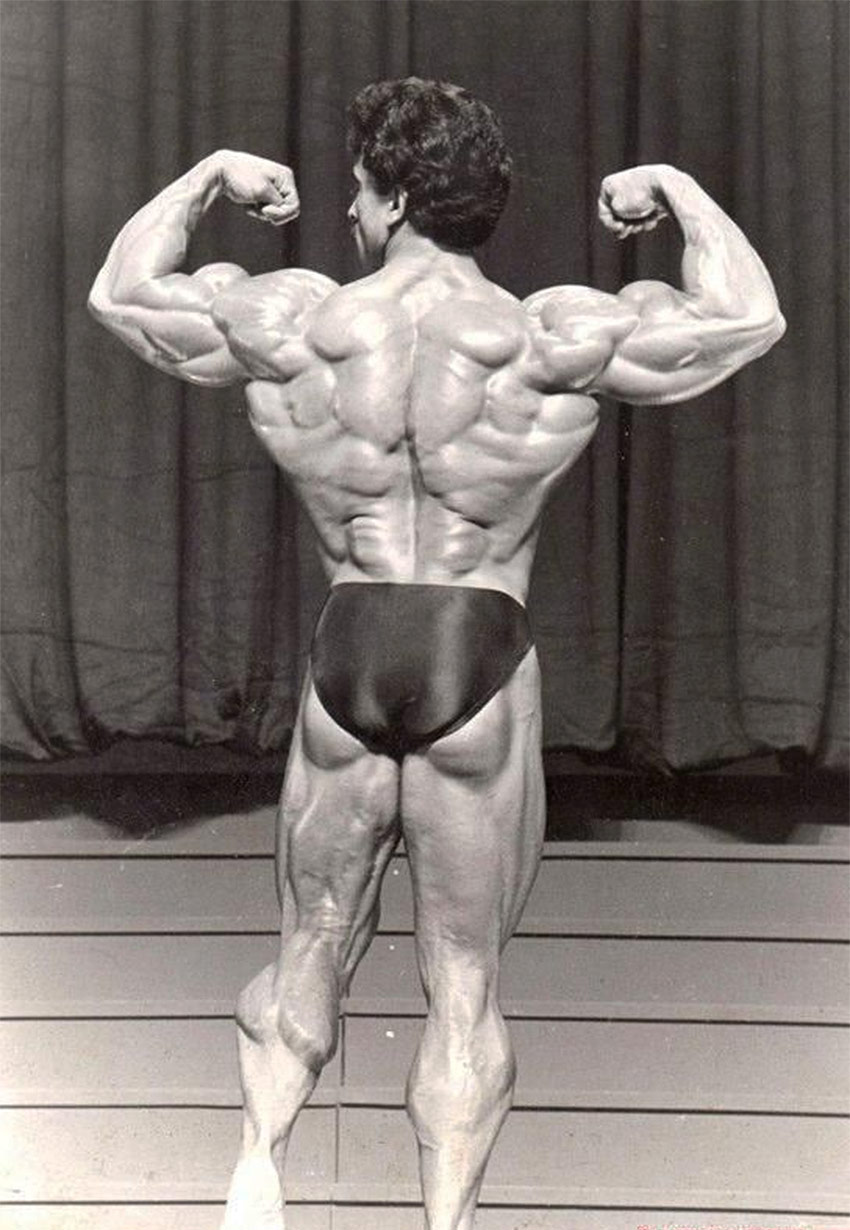 “As we get older, we gain wisdom and we learn a little bit more” 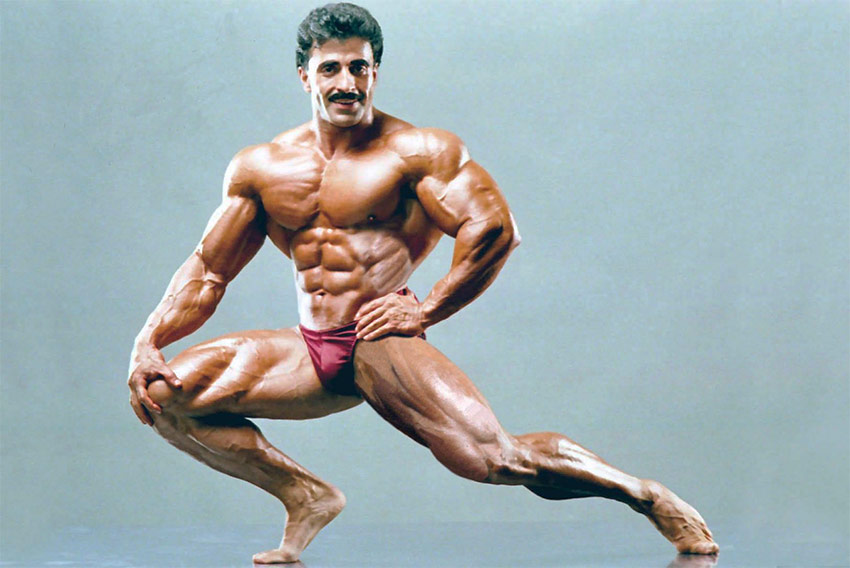 “As a bodybuilding competitor, the Mr. Olympia is everything”

Born and raised in Beirut, Lebanon, Samir became fascinated by bodybuilding from an early age. He was in awe of the physiques that athletes were able to carve themselves, and was determined to sculpt a similar body during his lifetime.

As a result, at the age of 16, Samir entered the gym and began lifting weights – embarking on his fitness journey.

By the age of 19, in 1974, Samir had managed to sculpt an imposing figure through hard work and determination. He’d fallen in-love with fitness, and had dedicated all of his efforts to becoming a professional bodybuilder.

That same year, Samir travelled to America to enter his first competition – the Mr. Universe, in the medium category. Being the youngest contestant in the show, he was beaten by the more experienced athletes, but placed a respectable 7th. 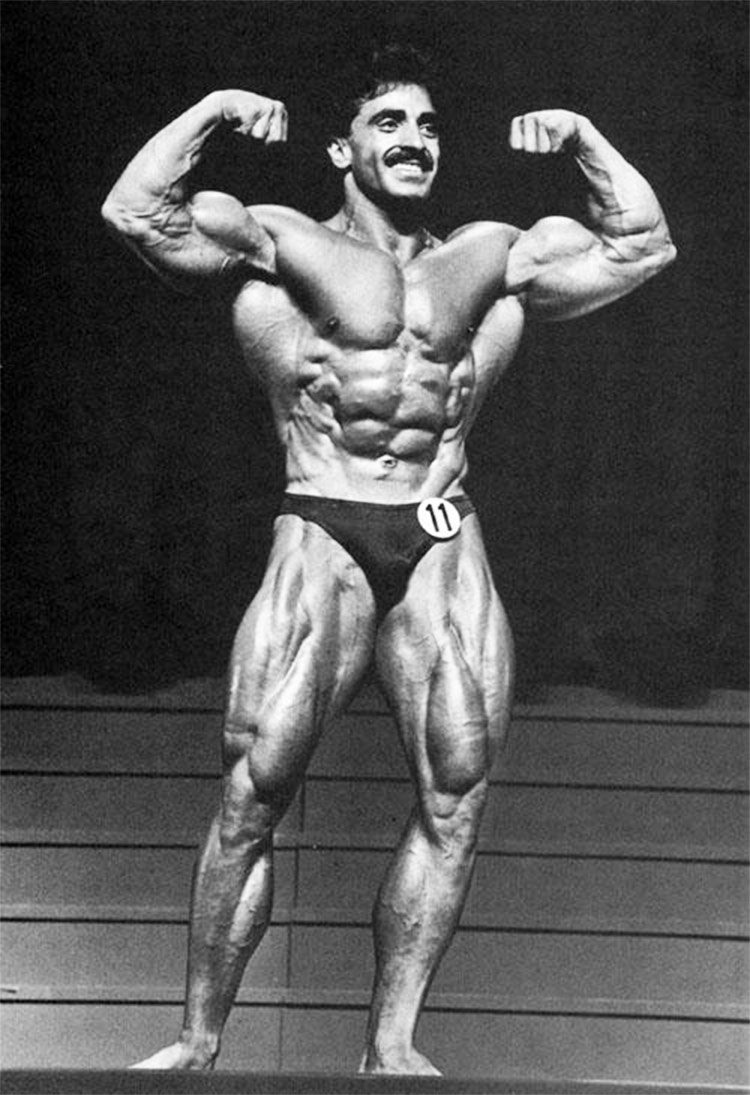 After having his first taste of the stage, Samir was motivated to succeed in the industry. He decided to move to the land of opportunity (USA), to make a name for himself as a bodybuilder.

This is exactly what he achieved.

By the end of 1979, 5 years after his debut appearance, Samir reached a huge milestone in his career.

By winning the IFBB World Amateur Championships that year, beating the likes of Ron Teufel, Samir earned his Pro Card; successfully realizing his goal of becoming a professional bodybuilder. 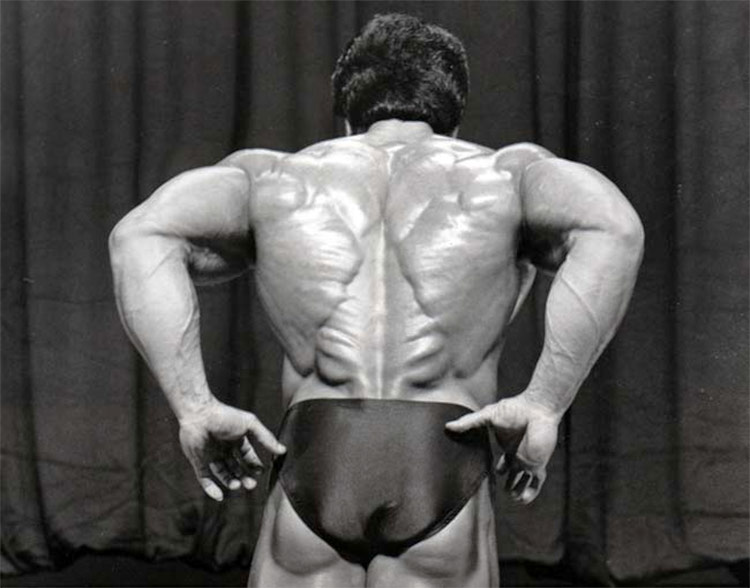 Over the next 3 years, Samir appeared in 11 competitions, including 3 Mr. Olympia shows – he hadn’t managed to win any by 1982, with 4th place being his best achievement.

However, this all changed a year later.

In 1983, Samir stepped on stage at the Mr. Olympia, alongside such bodybuilders as Mohamed Makkawy, Lee Haney, Frank Zane, Bertil Fox, and Ed Corney. Although he was battling against fierce competition, he managed to secure his biggest success, walking away with the trophy.

The Lion of Lebanon had successfully won the most prestigious contest in the industry, becoming only the 6th bodybuilder to win the Mr. Olympia show by 1983. 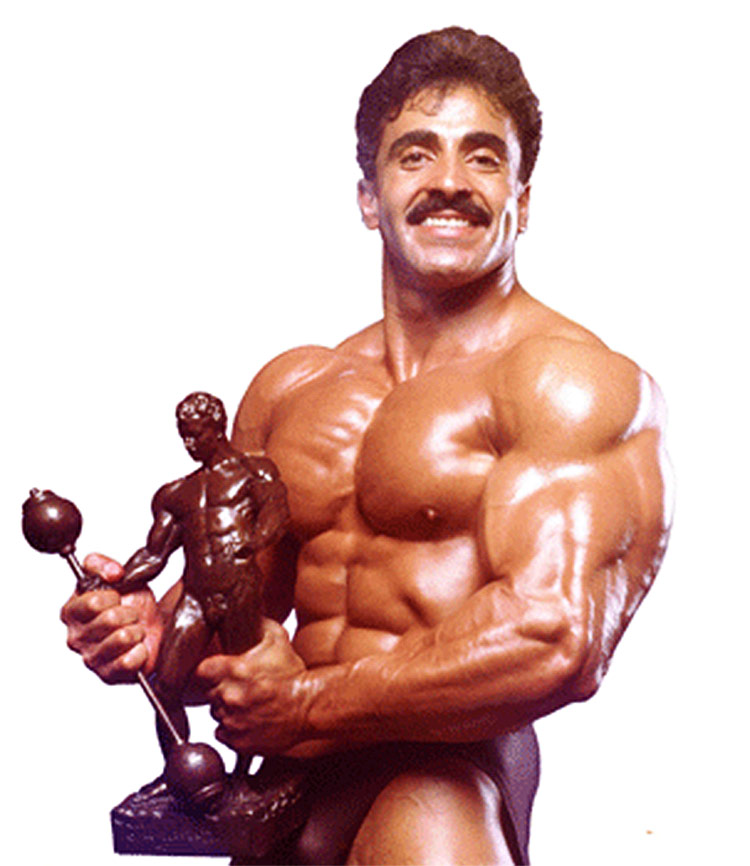 Samir posing with his Mr. Olympia after winning the show in 1983.

For the next 13 years, Samir entered a further 38 shows, adding 3 more trophies and scoring highly in most of the contests.

However, by 1996, at the age of 41, he decided to retire from the sport after earning a 6th place finish in the Masters Mr. Olympia that year. Samir left the sport as an icon, being remembered for his incredible lower back, which is often referred to as “Lebanon Cedar” as a tribute.

4 years after his retirement, Samir’s achievements through his illustrious career were celebrated; he gained the privilege of being inducted into the prestigious IFBB Hall of Fame, joining the likes of Arnold Schwarzenegger, Larry Scott, and Sergio Oliva in the elite list.

At the age of 56, he appeared in the IFBB Pro World Masters Bodybuilding competition, rubbing shoulders with other legends; Dexter Jackson & Andreas Cahing. After placing 11th, he decided that this would be his final show in his career. 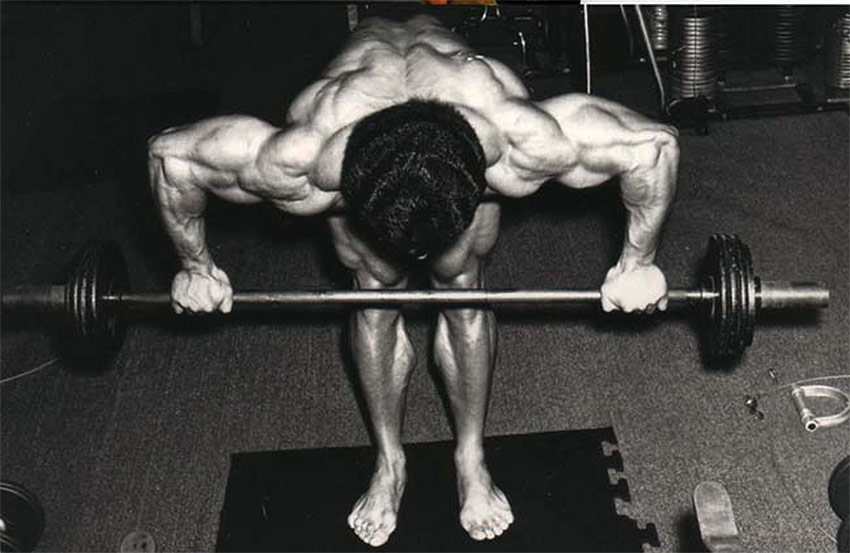 “The back is my favorite body part to train. Basically I do a lot of chin-ups and bent-over-rows.”

Samir was known for his incredible physique and strength in the gym; in his prime, he could perform bent-over rows with 405lb weights.

The Lion of Lebanon followed a 3-day split, believing that this routine was optimal for his body. 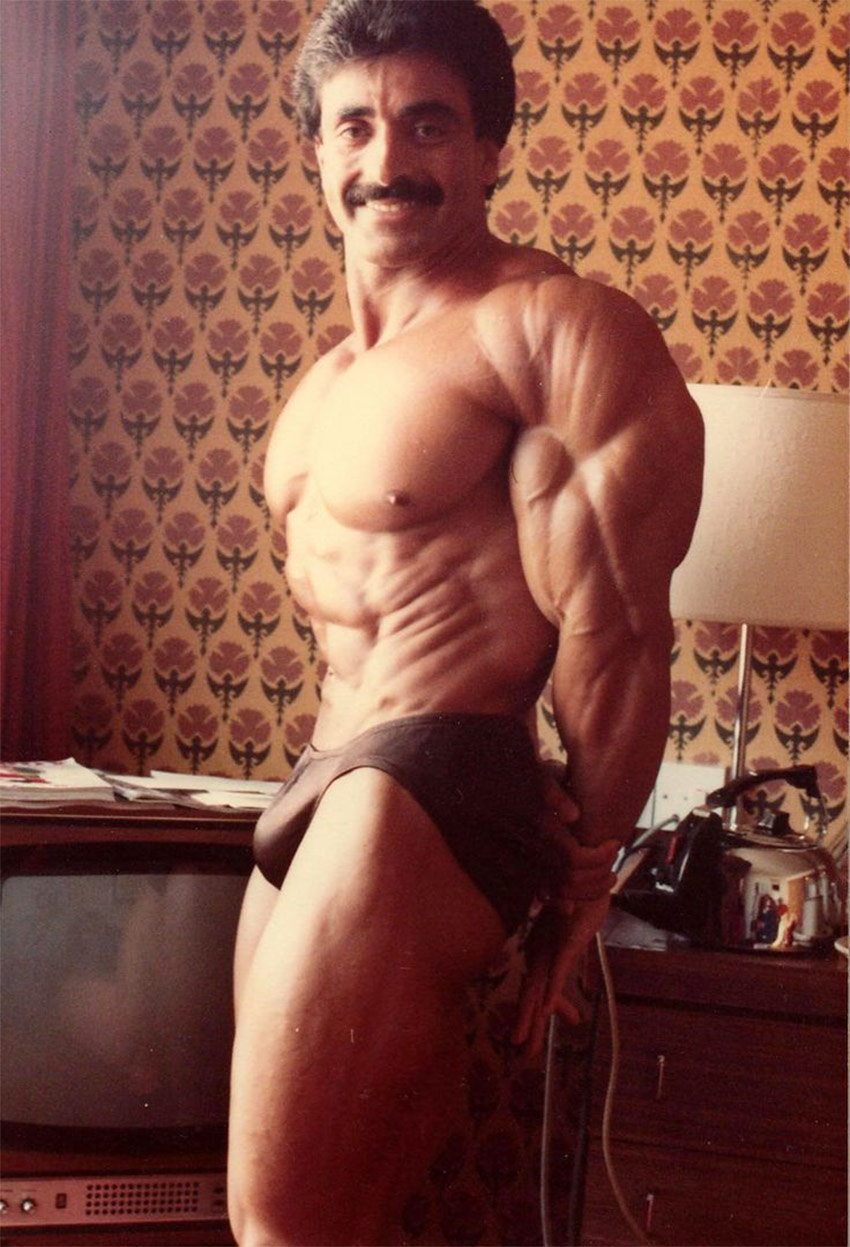 “Sometimes I won’t feel like eating but the body will want the food, same thing with water. If the body is lacking certain minerals like potassium, this could be all that is wrong. And it takes a lot for someone to learn all these little details.”

Samir’s diet would be extreme in the build up to competitions. He would eat only meat (mostly chicken and fish), cutting out all carbohydrates from his meals.

He would reduce the amount of food he would eat as the show drew closer, eventually living off amino acids and liver tablets (without any food) immediately before a show. 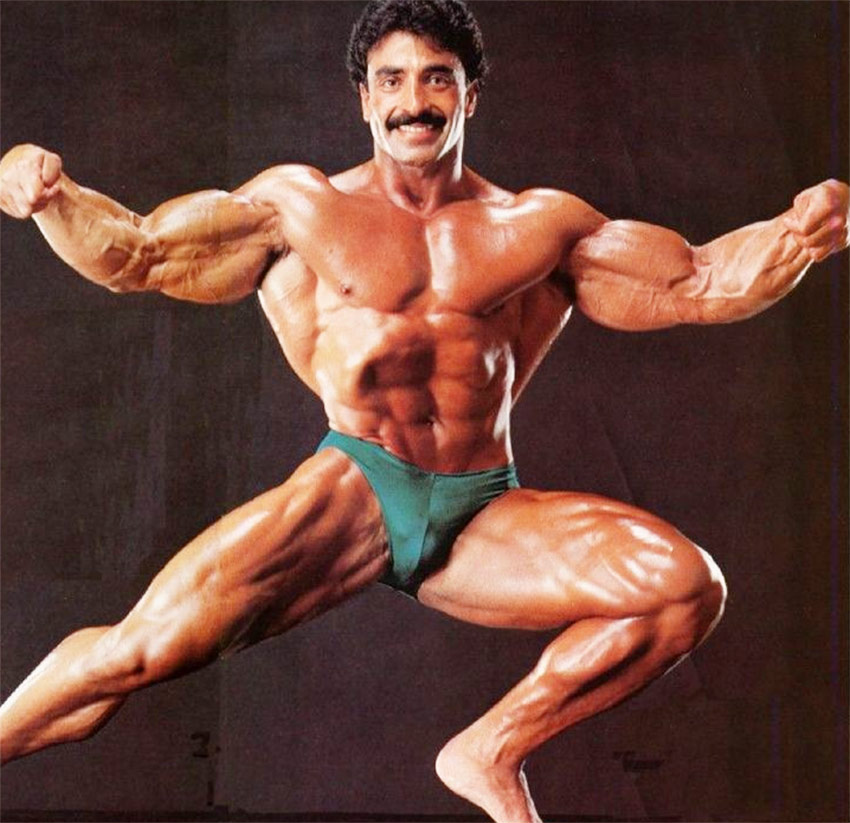 “Arnold is my hero”

Samir has a number of bodybuilders who he admires, such as Franco Columbu, Chris Dickerson, Danny Padilla, and Tom Platz. Speaking about Tom Platz, he said:

“Tom is one of the hardest working people without a doubt, and one of the smartest and nicest people. What he did to his body I don’t think anybody else could have done. Because I don’t think he had a gift from God.”

However, there’s only one athlete who Samir considered as his idol – Arnold Schwarzenegger. 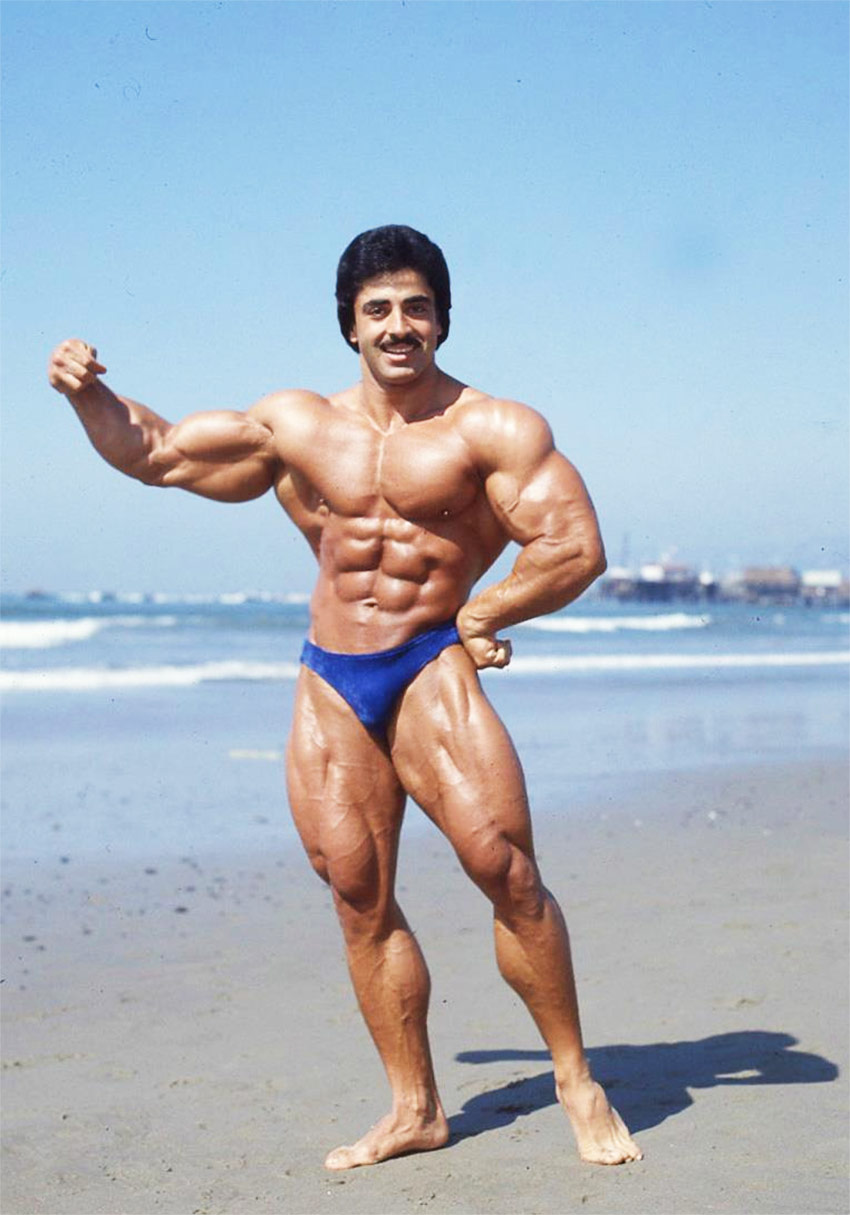 What We Can Learn From Samir Bannout

One thing we can learn about Samir, is to never be afraid of change – he left the comfort of his home country, and moved to America, in order to further his career as a bodybuilder.

He went on to become the 6th Mr. Olympia in the history of the sport, and is regarded as one of the greatest athletes to grace the stage.