Ryan John-Baptiste has sculpted an incredible physique during his journey into the fitness industry. He’s become one of the top athletes from Britain in the modern era of bodybuilding.

However, he didn’t always plan on becoming a professional competitor. He entered his first show after seeing an advertisement in a muscle magazine. 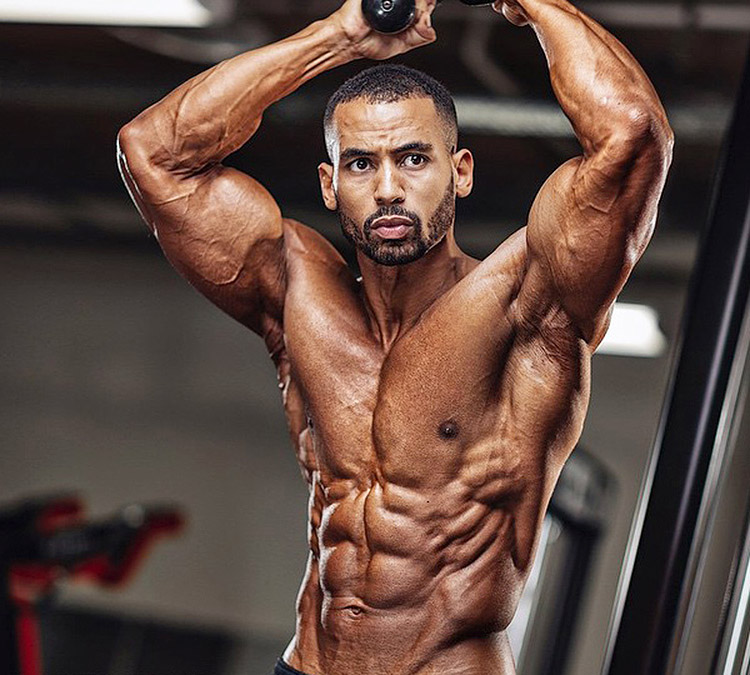 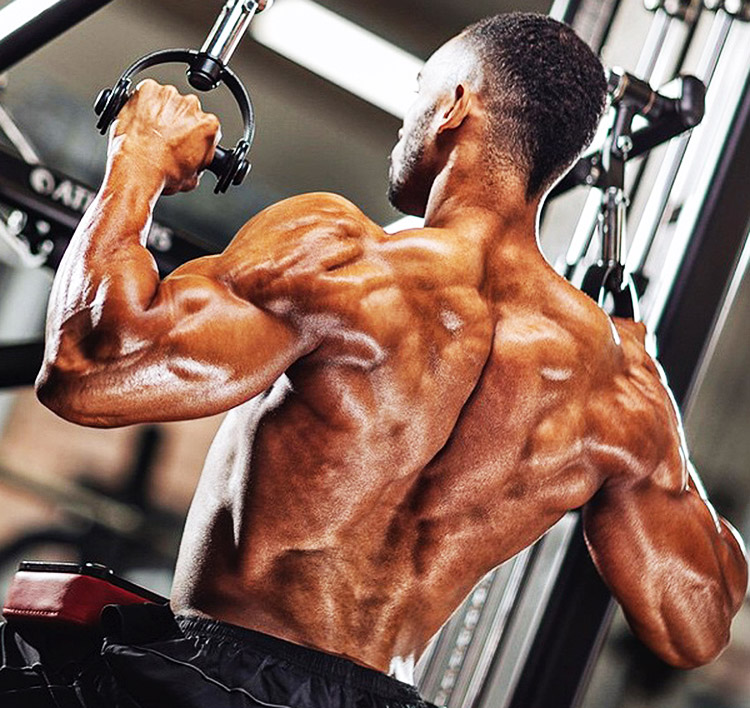 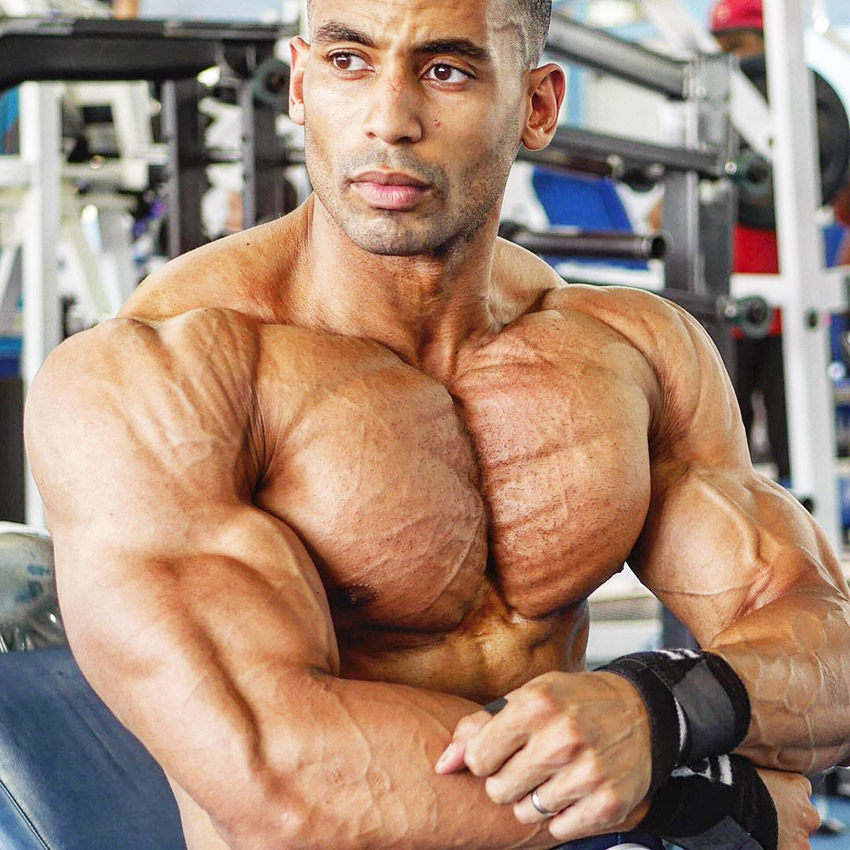 Born in North London, England, Ryan was very active growing up. He participated in many sports, such as cricket, athletics, soccer and athletics as a child, naturally developing a great physique.

However, although his athletic ability was at a high level, he didn’t enter the gym until he was 18.

After starting to lift weights and sculpt his physique, it wasn’t long until Ryan had fallen in love with the gym. At this point, he decided to take his interest in fitness further by gaining numerous qualifications within the industry.

Ryan began to read muscle magazines and follow bodybuilders on social media towards the end of 2008. At this point, he found the desire to sculpt a physique like his idols. 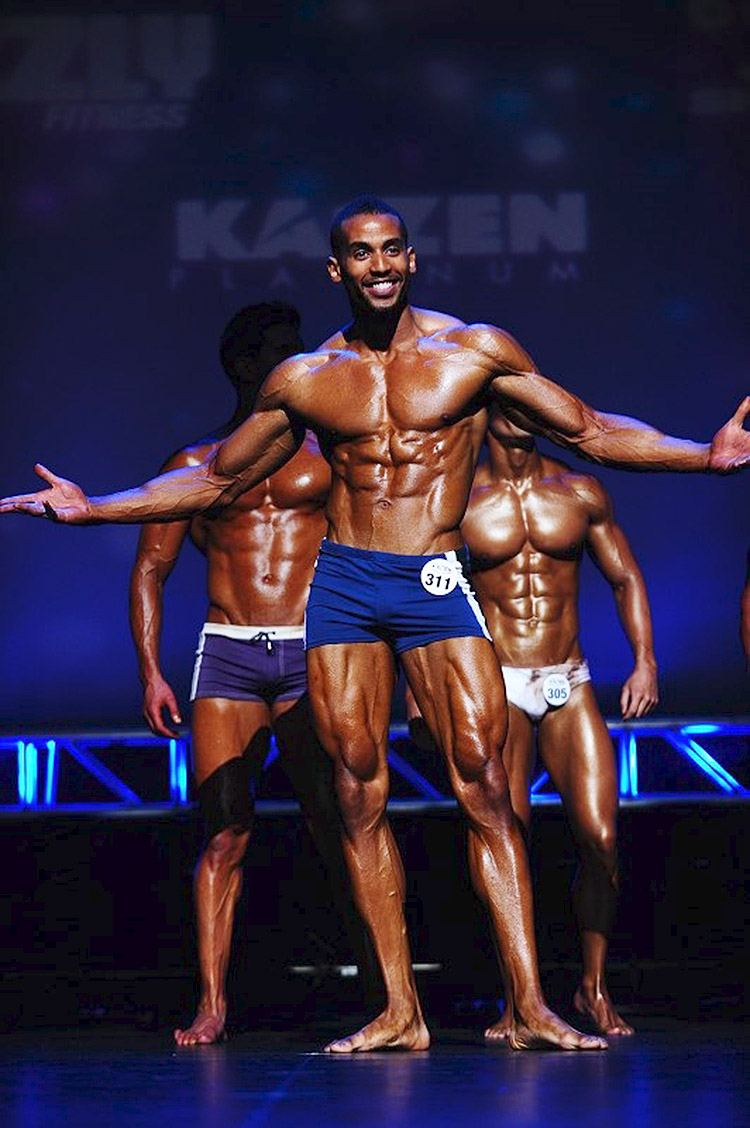 Ryan posing on stage at the 2011 WBFF Pro World Championship.

In 2009, at the age of 20, Ryan saw an advertisement for a fitness show. After seeing that the winner would be featured in his favorite muscle magazine, he entered the contest.

Impressively, Ryan walked away from the 2009 FAME UK Championship with the trophy. He’d realized his ambition of becoming a fitness model, but he was only getting started.

Riding high from his victory, Ryan entered his 2nd competition a year later – the 2010 FAME UK Championship. He managed to replicate his success and took home the trophy again.

It was at this point that Ryan set his sights on earning his Pro Card.

That same year, Ryan was presented with his opportunity to become a professional competitor. He stepped on stage at the 2010 WBFF Pro Qualifier in Canada and impressed the judges.

He finished the competition as the champion, earning his WBFF Pro Card in the process. At the age of 26, Ryan had achieved his dream of earning his Pro Card. 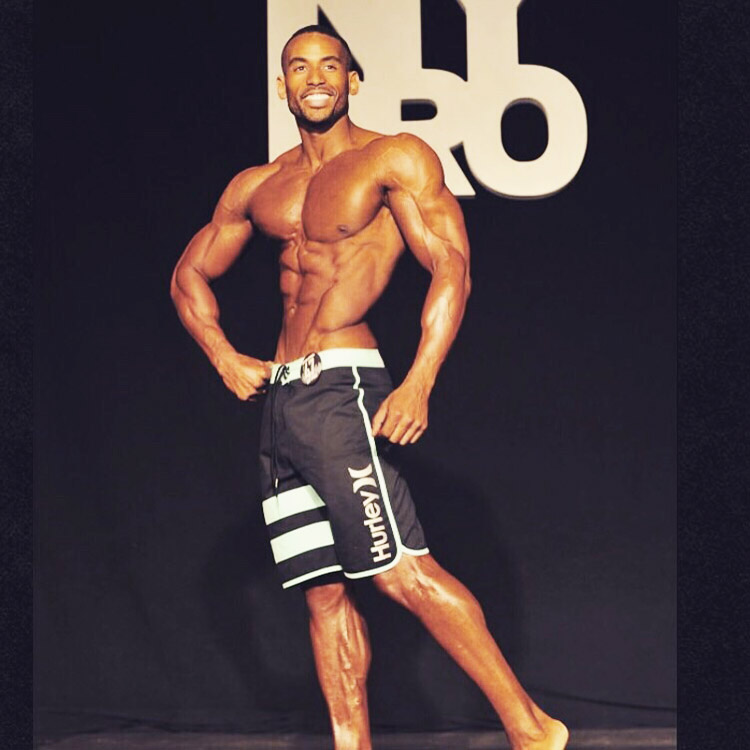 Ryan enjoyed 4 shows as a WBFF Pro competitor, placing in the top 3 in all of them. However, Ryan wanted a new challenge and decided to work towards becoming an IFBB Pro.

For the next two years, 2013-2014, Ryan competed in UKBFF shows, determined to become an IFBB Pro athlete – and it wasn’t long until he’d reached another milestone in his career.

In 2014, Ryan took home the trophy from the UKBFF British Finals. But that wasn’t the only thing he walked away with.

After only two years of working towards his goal, at 30-years-old, Ryan had earned his IFBB Pro card.

Life as an IFBB Pro

Ryan entered his first competition as an IFBB Pro athlete a year later – the 2015 New York Pro in the Men’s Physique category.

Although he didn’t win, he walked away with valuable experience in his biggest competition yet. At this point, Ryan stepped up his game, determined to make a name for himself.

That same year, Ryan returned to the stage stronger than ever. He entered the 2015 IFBB San Marino Pro with the hope of improving on his previous performance.

He did just that. Ryan beat all expectations by placing first, walking away with his first victory as an IFBB Pro athlete. 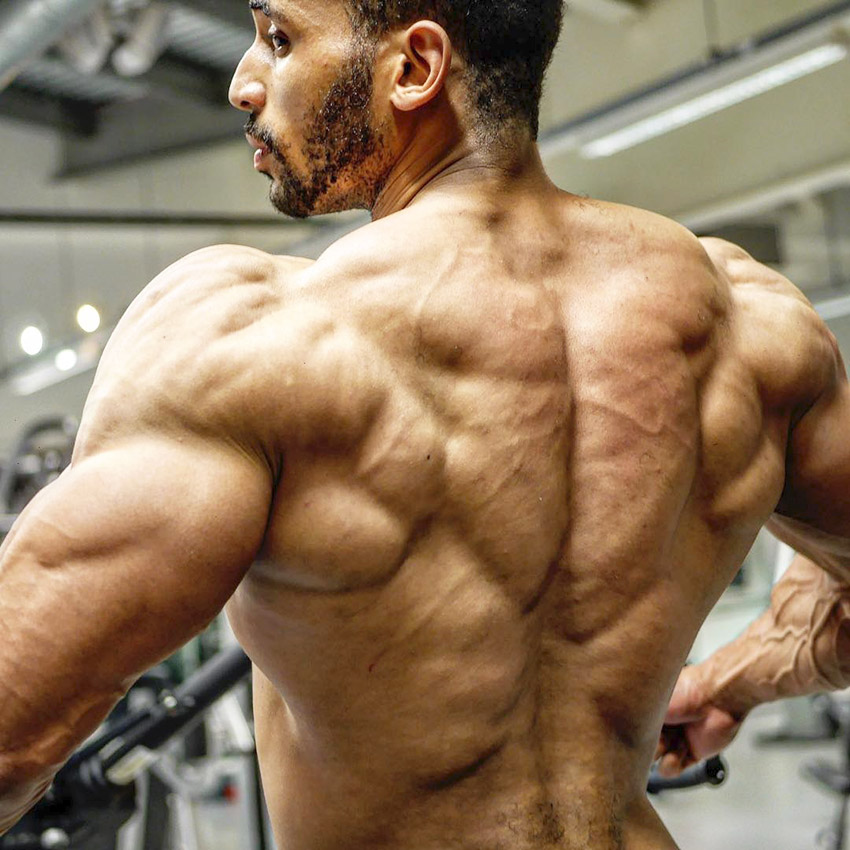 Ryan trains 5 days per week, allowing his body to recover on the weekends. He enjoys performing 12-15 reps in sets of 4-5, including super sets and drop sets occasionally.

Unlike other athletes, Ryan only trains one muscle group per session, as he believes that his body responds the best to this. 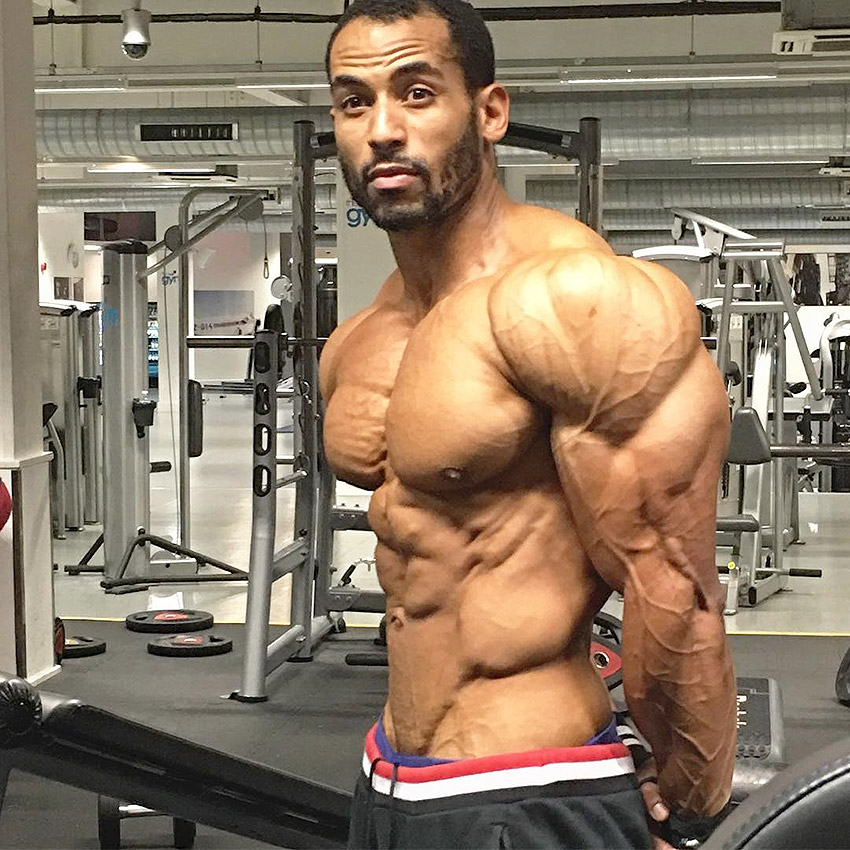 Ryan knows the importance of nutrition and keeps his diet clean throughout the year. He plans his meals around fresh, lean proteins like cod, turkey breast, salmon or steak, and complex carbs such as sweet potato, oats, and rice.

“Food comes first. Your contest diet is one of the most important factors of reaching the physique you need for the stage.

It’s important to plan your breakdown of your macros for the duration of your contest prep, eating frequently throughout the day” 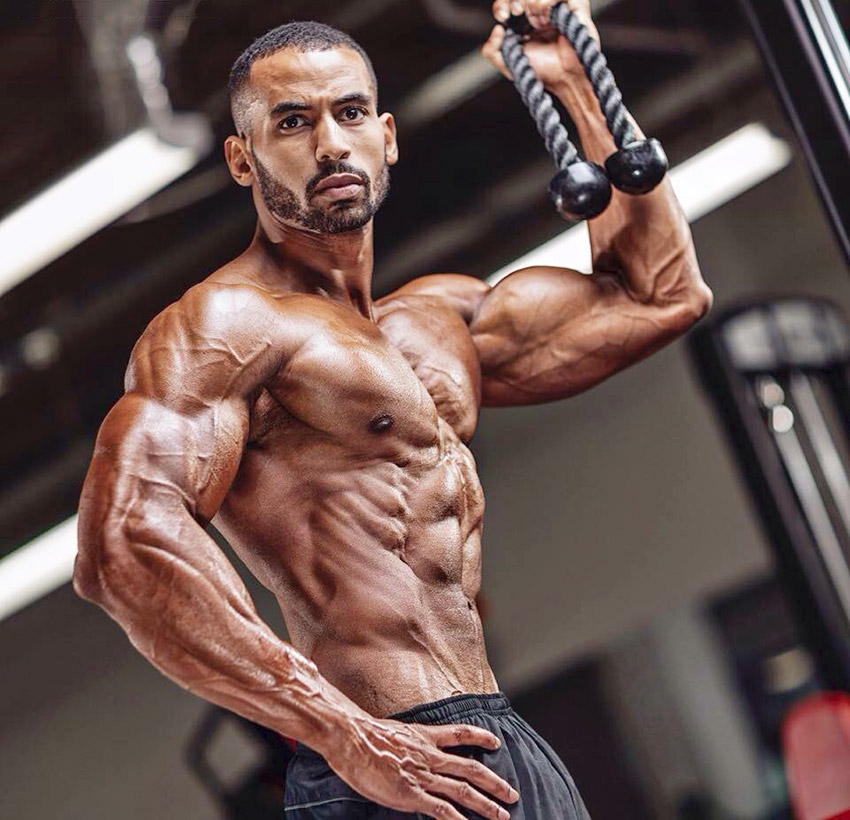 Ryan looks up to other bodybuilders such as Branch Warren, Flex Wheeler and Phil Heath.

However, he also names his friends and family as his inspirations – they’ve helped motivate him throughout his fitness journey. 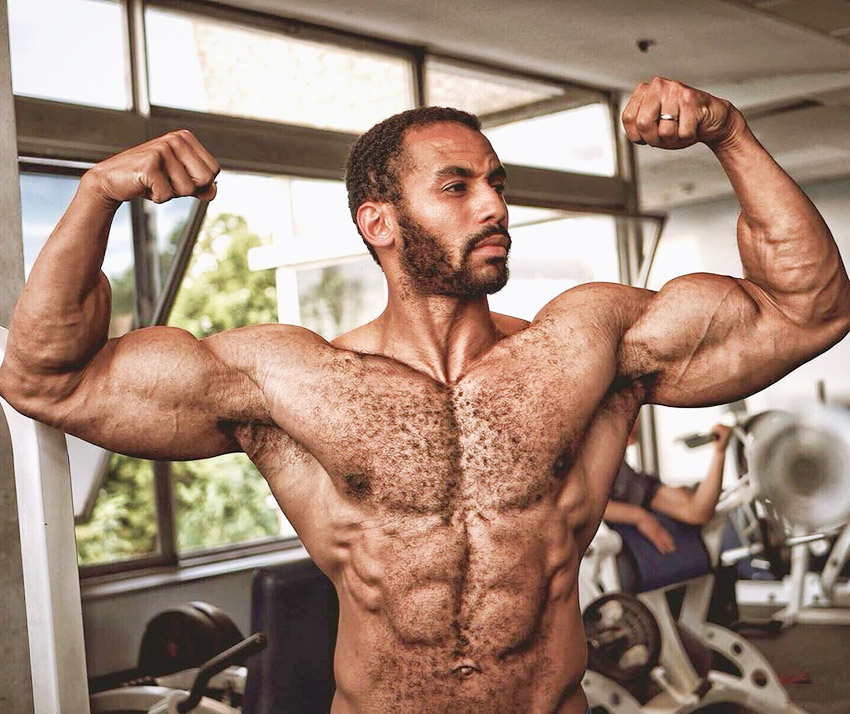 What we can learn from Ryan John-Baptiste

Ryan has taught us to open an open mind and be willing to try new things. He grabbed the chance to feature in a magazine by entering and winning his first fitness competition, and later switched to the IFBB as an athlete.

One thing we can take away from Ryan’s story is that you should have big ambitions and work hard to realize them.