Rouhollah Mirhoseini is a bodybuilding sensation from Iran. He began competing in bodybuilding back in 1999 when he was a teen. In a short space of time, he quickly made a name for himself, winning a number of national youth contests.

However, it wasn’t until 2018, when Rouhollah’s career truly took off. This was the year where he won three medals at some of the most renowned bodybuilding events. Such as Arnold Classic Australia, New Zeland Pro, and Fiji Pro Show.

With his victory at the Fiji Pro Show, Rouhollah qualified for the IFBB league and cemented his status as one of the most formidable bodybuilders Iran has seen. 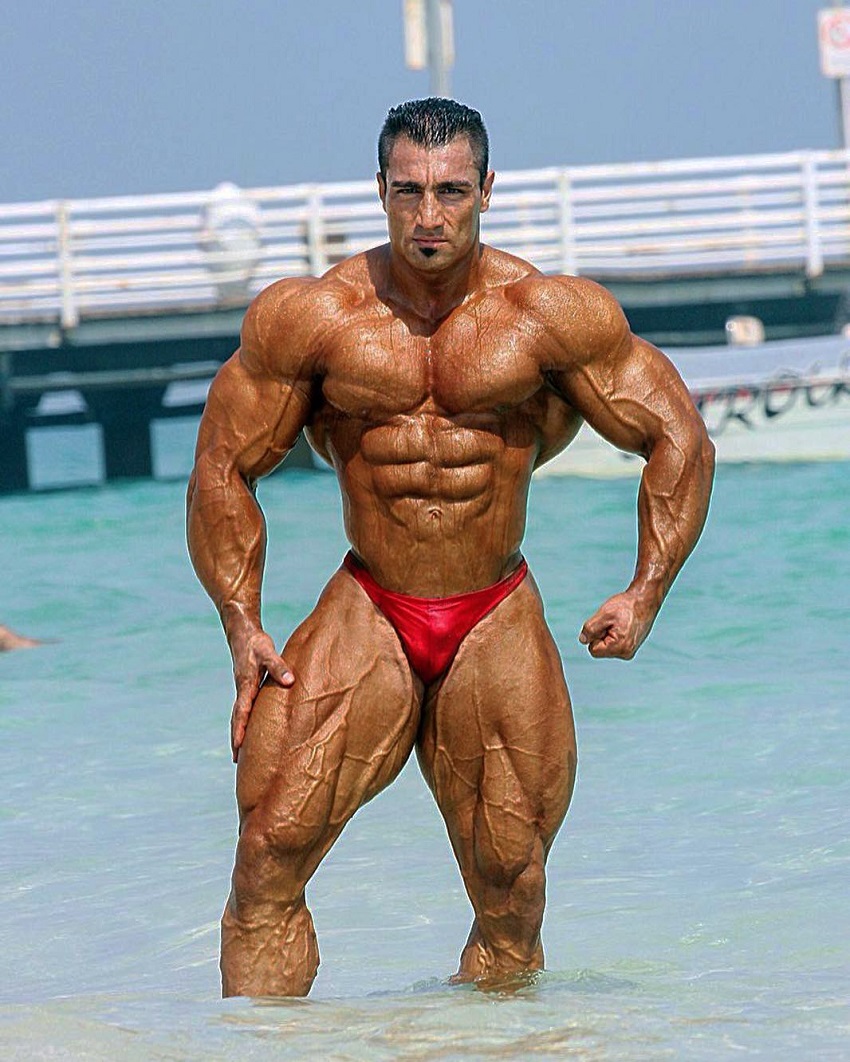 “Iranians are currently dominating worldwide amateur championships, snatching most of the medals in every tournament. But we are yet to make significant achievements on professional levels as it needs proper preparation and nutrition program.” 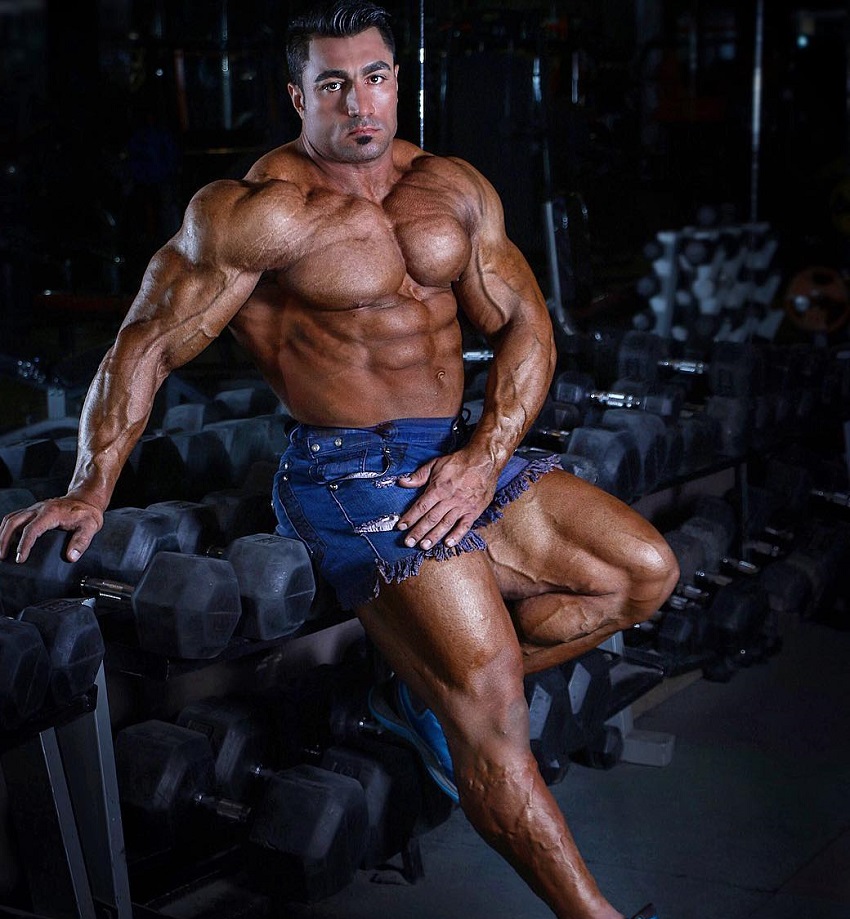 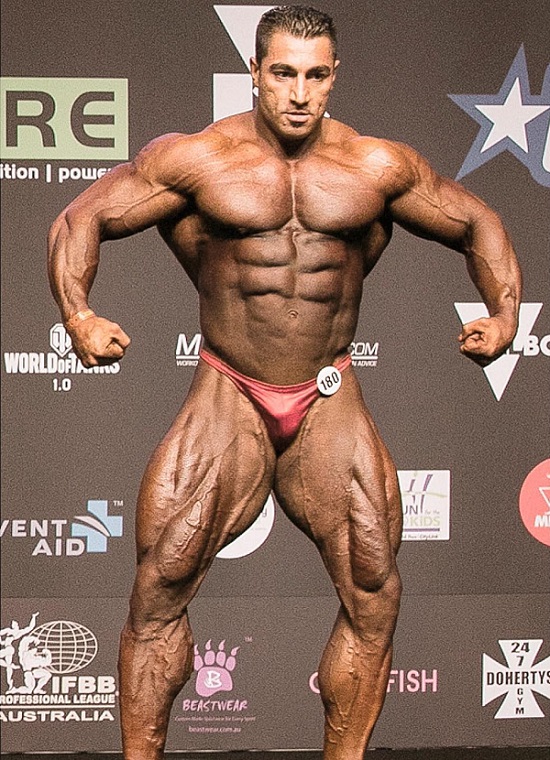 From Wrestling to Bodybuilding

Rouhollah Mirhoseini was originally born and raised in Iran. Growing up, he was interested in sporting activities of all sorts – his favorite was wrestling.

By the age of 15, he took on wrestling ‘full-time,’ aiming to make a career out of it. During this period, Rouhollah was in the middle of puberty and his body began improving drastically. Coupled with his intense training for wrestling matches, this enabled him to develop a strong and muscular physique.

Seeing Rouhollah’s progress, his friends and family encouraged him to try bodybuilding. This, he says, was the turning point in his life. In 1999, he decided to make “a career change to become a bodybuilder.”

As he already had solid physical foundations from years of sports, Rouhollah quickly attained a body worthy of a bodybuilder. It was at this point he became interested in stepping things up by competing.

It didn’t take him long to impress the onlookers. By the end of his first year in bodybuilding, Rouhollah had already won his first title becoming the bodybuilding champion of Iran. He then continued his great streak by winning several other competitions at youth and senior levels. 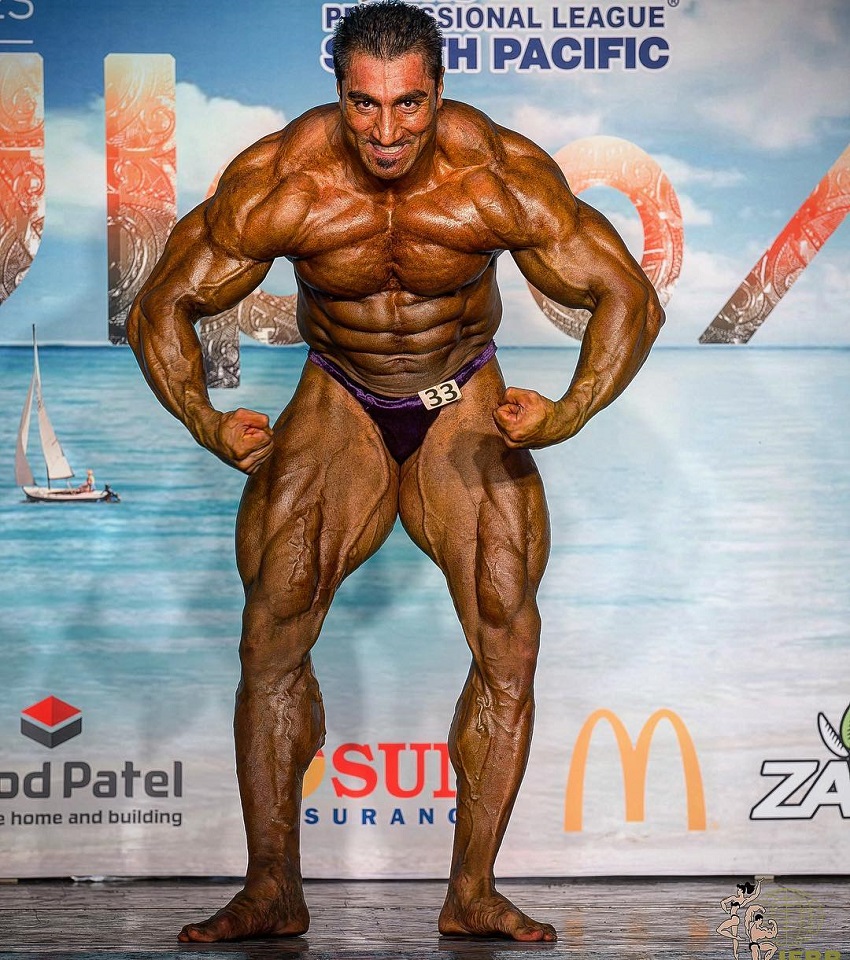 In international contests, Rouhollah claimed the 2nd place at the 2010 Asian Championships held in Bahrain. Shortly after, he finished within the top 5 at the World Championships in Azerbaijan.

Throughout the years, Rouhollah’s physique kept improving, and so did his results in contests. In 2016, he grabbed a 1st place medal in Beijing. With this victory, he became known as the Asian bodybuilding champion.

Then, several months later, he took a bronze medal at the Dubai Fitness Expo. At the IFBB Diamond Cup which was held shortly after, Rouhollah took the runner-up spot. 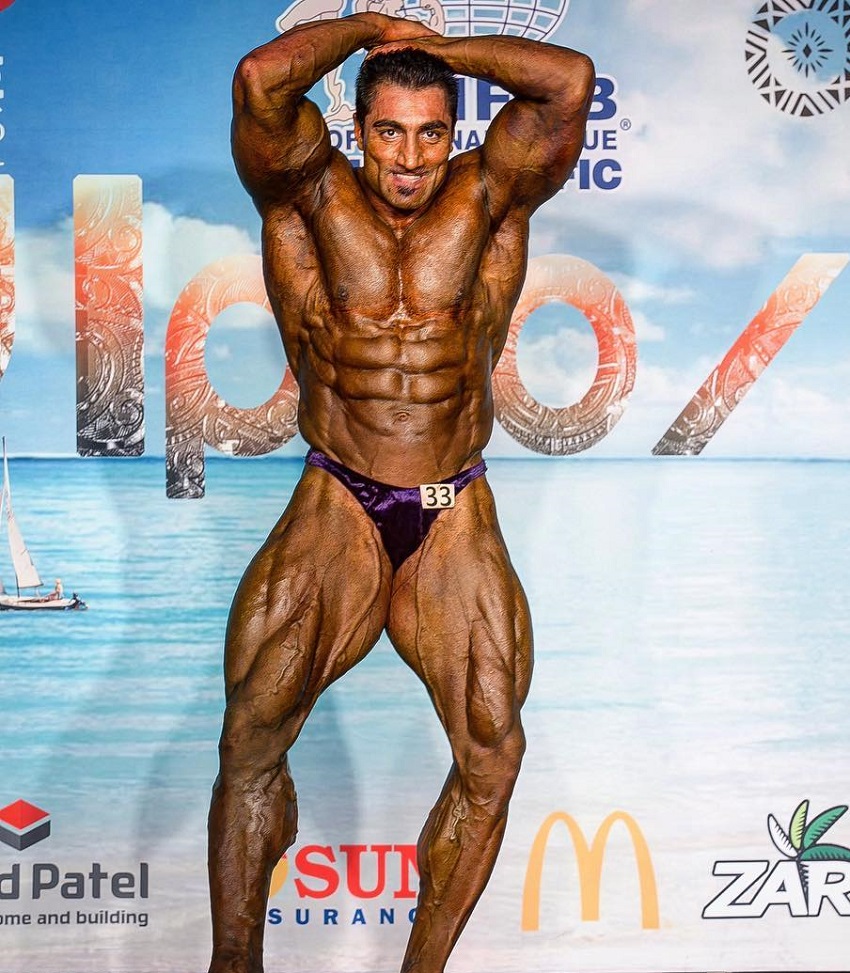 In 2018, Rouhollah added to his trophy cabinet by winning the Fiji Championships in 100kg+ category. This saw him earn the Pro Card and qualify for the IFBB league.

That same year, Rouhollah won the New Zealand Pro and Arnold Classic Australia. With these feats, he climbed the top of the ladder in the Iranian bodybuilding scene.

Rouhollah continues to compete at the highest level and shows no signs of stopping. 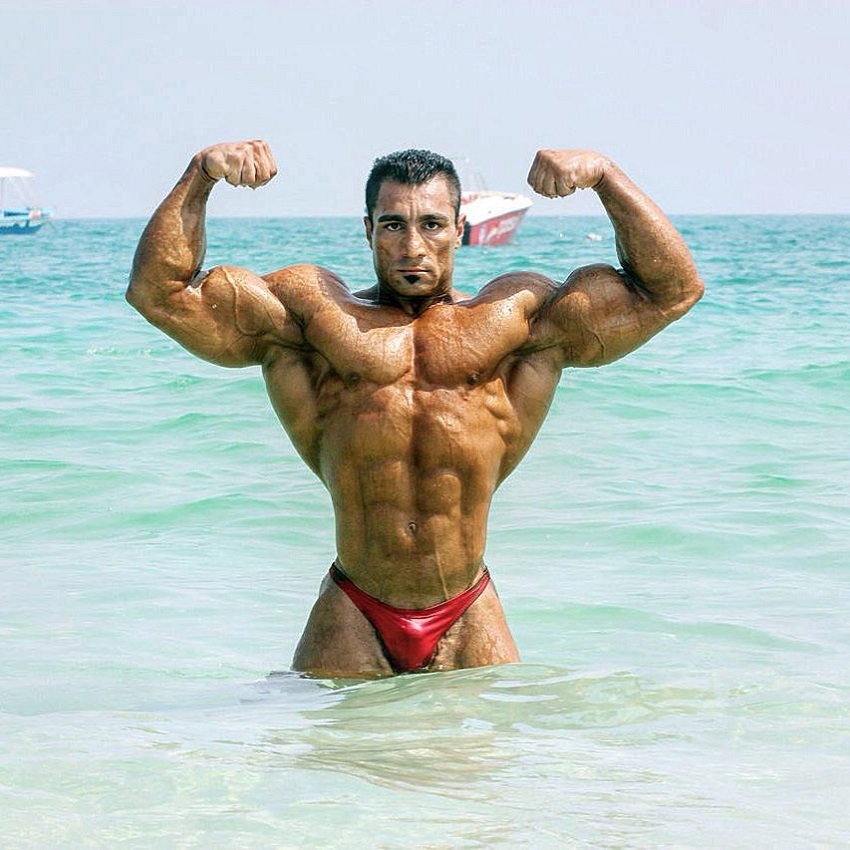 Rouhollah trains five to seven times per week in the gym. In his workouts, Rouhollah likes to lift as much weight as possible while ensuring optimal form. This enables him to not only grow and retain his huge muscles, it also helps him avoid injuries.

Focusing on each muscle fiber during an exercise, and ensuring that each body part gets equal attention is how Rouhollah achieves his massive, well-balanced musculature.

Rouhollah likes to progressively increase the weight with each set – doing pyramid sets.

He uses basic compound exercises such as squats, bench press, and T-bar rows to work on multiple muscles at the same time. These exercises have massively contributed to his overall growth.

For shaping individual muscle groups, he trains with isolation exercises. Such as triceps pushdowns, biceps curls, and leg extensions.

While he trains hard, Rouhollah also makes sure to take a rest day every now and again, when he feels he overdid it in the gym. 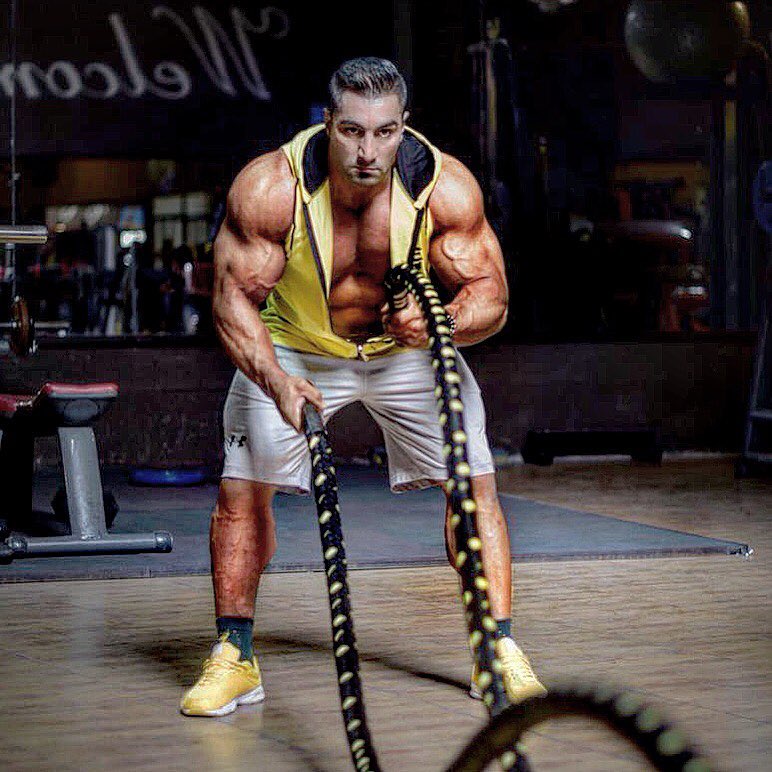 Rouhollah’s fast metabolism allows him to eat huge amounts of calories while maintaining his ripped look.

If he’s cutting for a contest, Rouhollah will simply reduce his overall calories. It usually takes him 2-3 months of slow and gradual dieting to attain his contest-ready physique.

Although his metabolism burns through loads of calories, Rouhollah isn’t immune to stall in progress – occasionally his weight cut might not go as fast as he planned.

In these scenarios, Rouhollah might change macros to follow a low carb, higher fat diet. He might also include short periods of intermittent fasting to improve his insulin sensitivity, which further aids fat loss. However, he’ll also make sure to eat heaps of protein to prevent muscle loss from caloric restriction.

To maintain his physique, he’ll eat anywhere between 3200-4000kcal daily. His diet plan for cutting might look similar to this: 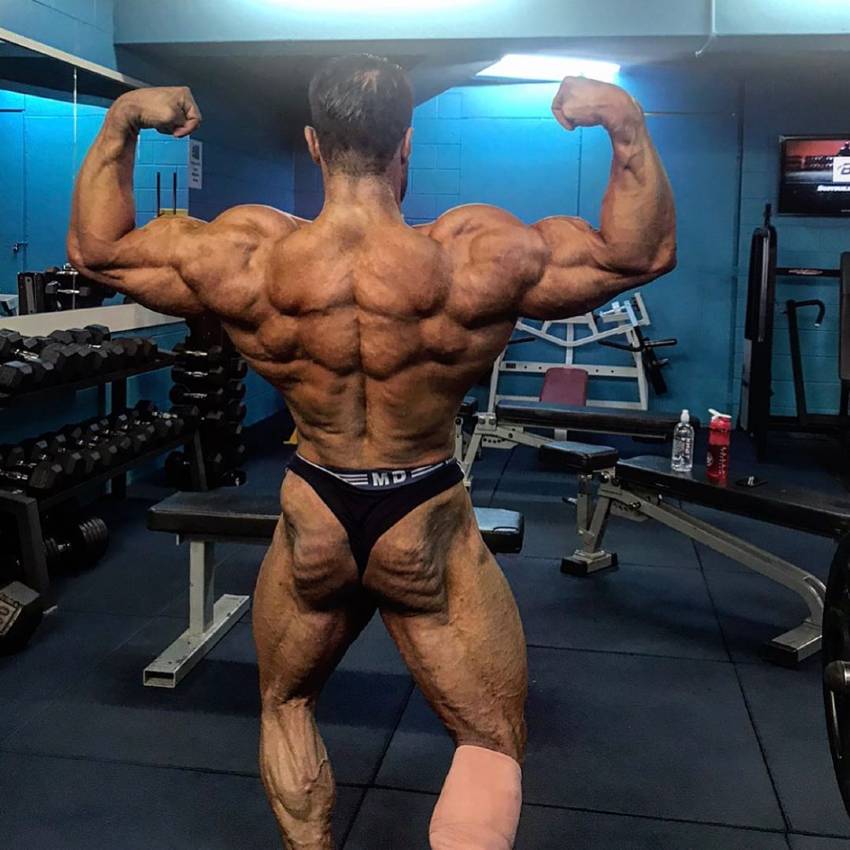 Rouhollah Mirhoseini continues to compete and train with some of the top fitness models in his country. He’s fueled by his drive and determination to become the best athlete he can be.

Using this inner motivation to surpass his competitors, Rouhollah’s desire to win comes from paying attention to his peers. He does this by putting in the work, inside and outside of the weight room, all year-round. 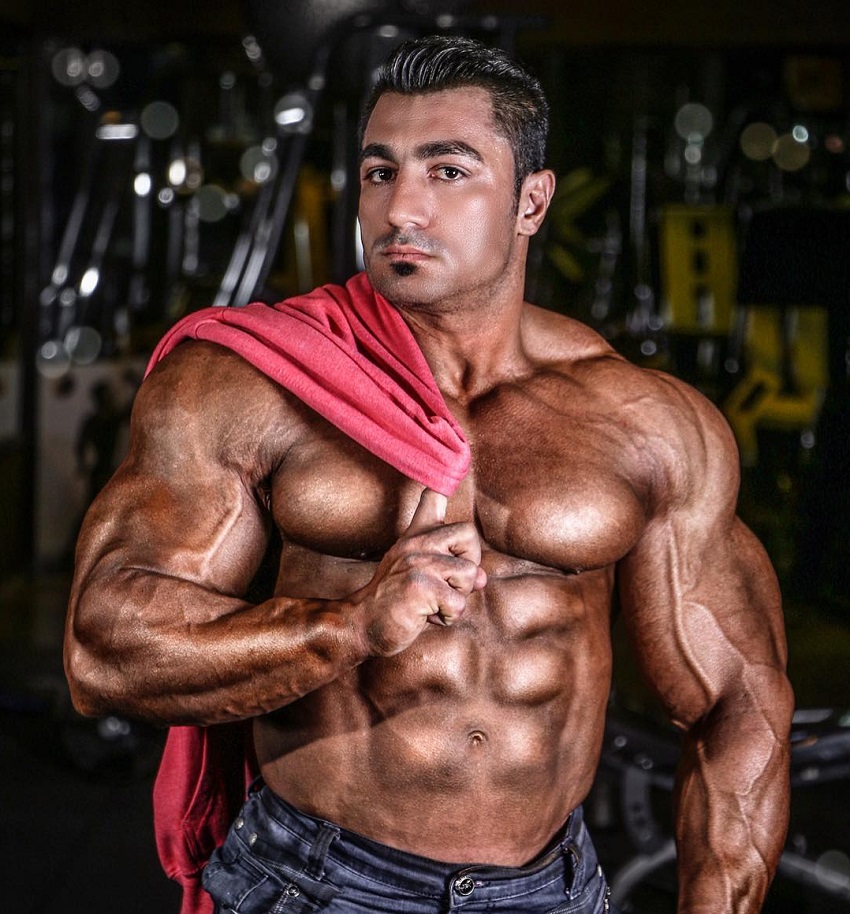 What we can learn from Rouhollah Mirhoseini

Rouhollah Mirhoseini is a great example for anyone who wants to get big and ripped. Seeing his awesome physique is what inspired many of his followers to attain their own dream bodies.

However, it’s clear that building as much muscle as Rouhollah isn’t easy to achieve. It takes dedication, hard work, and planned training & dieting program to reach his level of fitness.

Knowing the right training methods, along with the optimal diet and supplementation is the key to building a great physique of your own – just like Rouhollah Mirhoseini.