Ross Edgley was born into a life of fitness. His father was a tennis coach, his mother a sprinter, and his grandfather a marathon runner. It’s clear to see Ross was destined for greatness and a life in sports.

Through his early sporting influences from his family, Ross went on to play professional Water Polo for Great Britan in his youth. However, Ross was almost drowned by a heavier competitor in the water.

He quickly learned he needed to improve his overall size and strength. Needless to say, Ross went on to become a figure of strength and a leading expert in the field of Sports Science.

He’s broken through boundaries that many saw as impossible, created a leading sports company, and has been featured on numerous magazine covers and TV shows. Ross Edgley is the epitome of sports science and fitness.

This is his story; 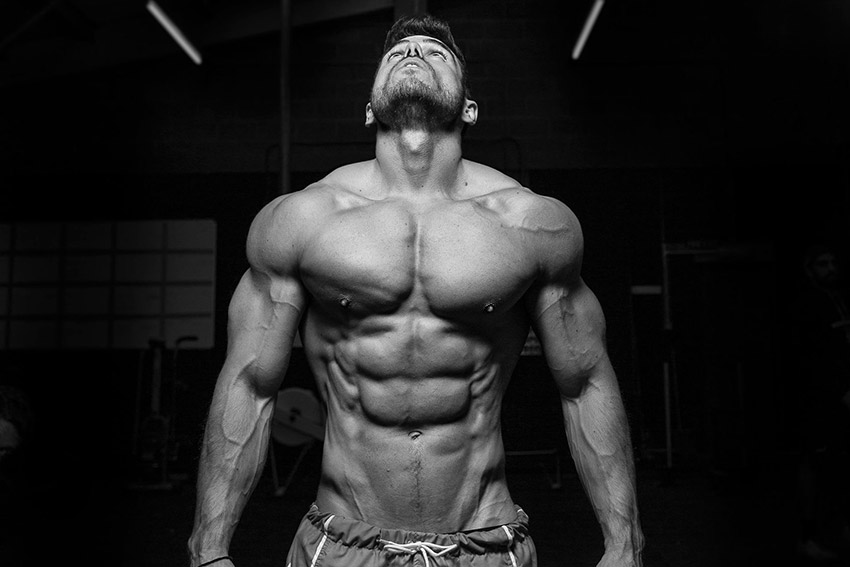 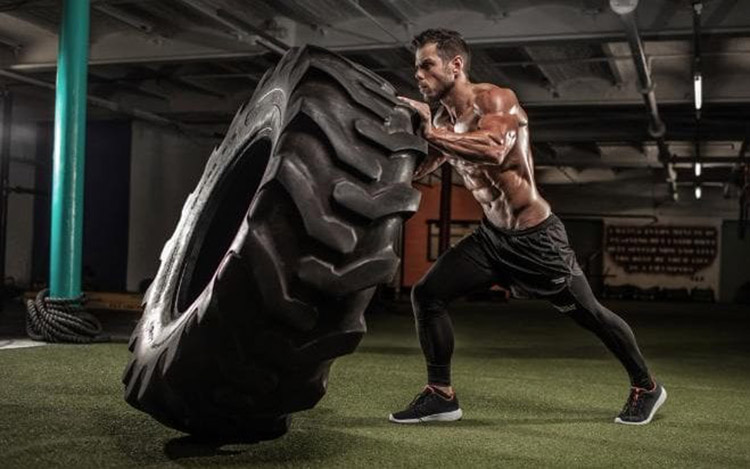 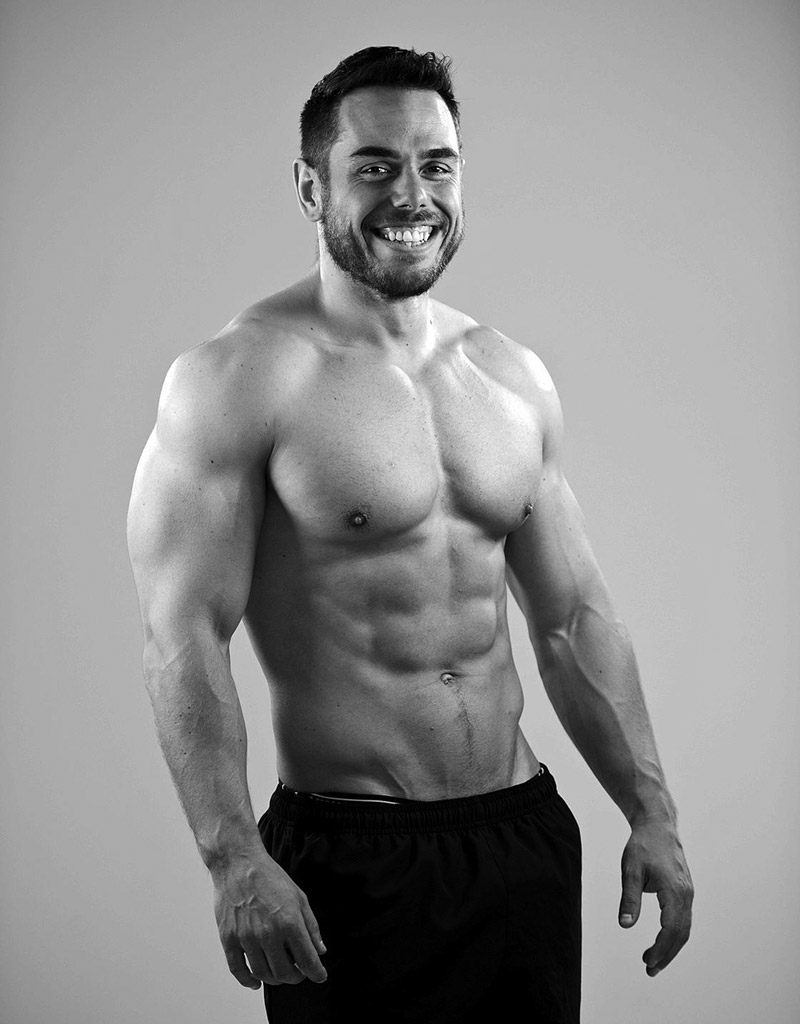 Ross Edgley has been active and involved in sports since he was a child. His father was a tennis coach, and his mom was a sprinter, his grandfather was also a marathon runner. So it’s safe to say sports has been in his blood from the very beginning.

Ross really started to get involved with sports and conditioning when he started playing Water Polo for Great Britan at the age of 14. This is when things started to get interesting for Ross, he was called up from the junior division to the senior squad.

In the light of this new opportunity, Ross was eager to perform at his best, however, things weren’t going according to plan in the beginning.

As a strong and healthy 14-year-old, he knew his own strengths and weaknesses. But one thing he couldn’t control was the huge size and weight of his senior competitors. Ross was constantly being overpowered in the water, and on one occasion, nearly drowned. Here Ross talking about that very moment;

“I don’t mind admitting I basically got bullied in the pool during my first year at senior level by guys much stronger and bigger than myself. I remember one match in particular it was against the Maltese national side and I took an absolute beating off this bear-like man with a giant beard and vice-like grip.

It’s clear to see Ross was in need of some guidance and additional strength at this point in his career. It wasn’t long until he sought the help of his coach – his strength and size came shortly after.

We got into a fight and he held me under the water for what seemed like an eternity. At the point of passing out I couldn’t do anything other than take a bite out of his calf (not proud of it but equally didn’t want to end up on the bottom of the pool). It was at this point my coach and I realised I needed to refine my training if I was to have any longevity in the sport.” 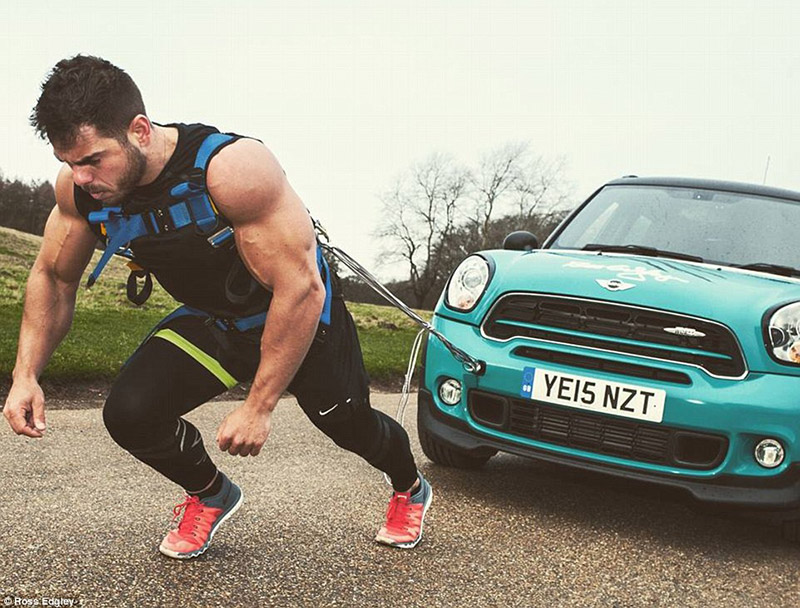 “The main thing I learnt is how durable the human body truly is, and how it is infinitely more powerful than modern science often gives it credit for.”

After realizing he needed to increase his overall strength, Ross went on to study Sports Science at Loughborough University’s School of Sport and Exercise Science.

After one year, he’d gained 3 stones of lean muscle. As Ross said he, “no longer having to ‘bite’ my way out of fights with guys much bigger than myself.”

Ross has been known to perform some crazy stunts to defy the mainstream fitness world. One of his experiments and charity promotion saw him pull a Mini Cooper weighing 3,200-pound car 26.2 miles.

“The hardest moment came at 7am. Although it was only five miles in, it was cold, dark and we had a half-kilometre stretch uphill into the wind. It almost broke me.”

He set off at midnight on Friday 22 January. It took him a total of 19 hours, 36 minutes and 43 seconds to complete the “Strongest Marathon”.

It took eight months for Ross to train for the mammoth event. He consumed a whopping 6,000 calories per day in order to prep his body, he previously managed to pull a car for 16 miles during this phase of training.

The money he raised went towards the children’s Cancer Trust, Children With Cancer, Sports Aid and United Through Sports. 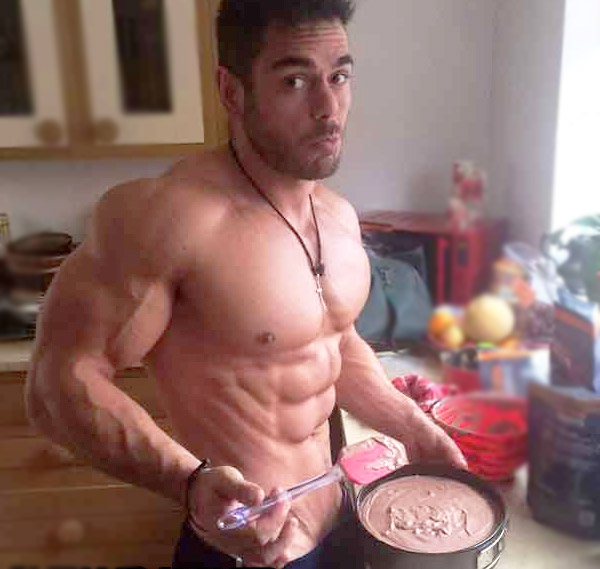 Another one of Ross’s crazy experiments is when he proved the difference between losing weight and losing fat are two completely different things.

Ross went on to lose 24lbs in 24 hours by the means of excessive sweating, long bouts of cardio and the elimination of water. Needless to say, Ross was successful. This shot his name around the world as a maverick who backed up his health claims and experiments with science.

He’s gone on to provide numerous studies and useful pieces of training advice where he gives tips on a well-rounded approach to overall strength and fitness. 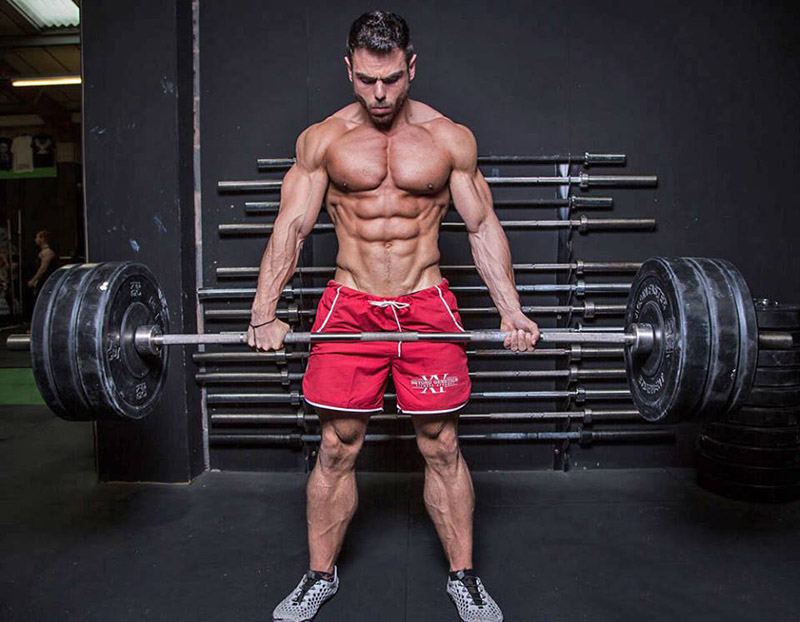 Ross can be heard talking a lot about functional training and training for a purpose. He also tries to emulate techniques that were, and are currently being used by the Russian Olympic Weightlifting and Gymnastic teams.

Ross says that priming the body before each strength training workout with Explosive Plyometrics is something that’s significantly overlooked. EP can be defined as a singular movement such as a push-up or a squat performed in a fast and explosive way.

This is said to prepare the muscle groups for the strength training session ahead. As Ross explains; “This neuromuscularly, kinetically, cohesively, every single fiber and motor neuron within the body, so when it comes to your deadlift, squat, everything fires that much efficiently.”

The Depth Jump was created by Dr. Yuri Verkhoshansky. The Depth Jump is an exercise where the participant stands on a box at a particular height, then proceeds to jump off directly propelling upwards onto a box at a higher level. 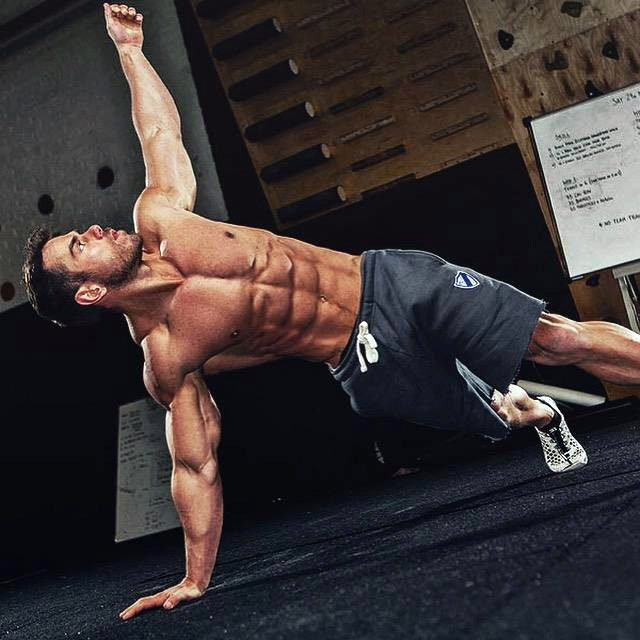 “We must learn to empower ourselves and learn for ourselves, and if that means making mistakes, so be it.”

No One Size Fits All

Ross highlights the one-diet-fits-all approach is incorrect. In Ross’s words “A ‘pet hate’ of mine is these diets that are broadcast to millions as the perfect diet. This simply isn’t true. A one-size-fits-all diet is a diet that fits no one.”

Ross also goe son to say; “One nutrition plan cannot optimally cater for everyone’s needs? There are far too many variables and genetic differences to take into account. Height, weight, medical history, ancestry and physical activity are just some of the easier ones to determine.”

Being the expert he is with nutrition, and Co-founder for a popular supplement company has enabled Ross to know what works and what doesn’t work. His approach is trial and error with a huge amount of science thrown in.

He also goes on to say that “nutrigenomics” is another thing to take into account. Nutrigenomics is the study of how each person’s genes interact individually with nutrition. “The reality is every person processes and assimilates nutrients differently.” 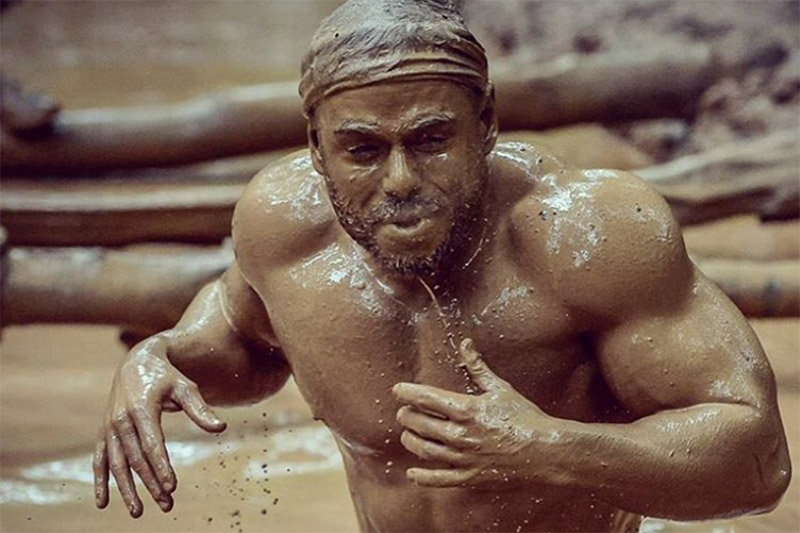 One of his greatest idols of all time is Bruce Lee. He admires the way he committed himself to pushing boundaries of the human body.  His favorite quote from Mr. Lee is;

“If you always put limits on everything you do, physical or anything else. It will spread into your work and into your life. There are no limits. There are only plateaus, and you must not stay there, you must go beyond them.” Bruce Lee

He also mentioned Arnold Schwarzenegger and how he managed to take an unknown underground sport and brought it to the mainstream. “He too was an absolute pioneer of human physical excellence.”

Last but not least, Ross mentions Dr. Yuri Verkhoshansky, who in Ross’s words is, “one of the greatest Strength and Conditioning coaches to ever live”. 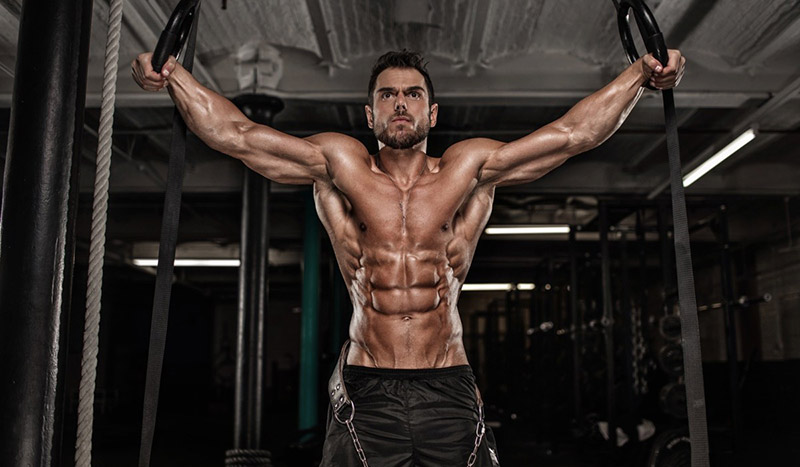 “As to methods there may be a million and then some, but principles a few. The man who grasps principles can successfully select his own methods.”

What we can learn from Ross Edgley

It’s clear to see Ross is a dedicated man who loves everything fitness related. He first started playing Water Polo for Great Britain then went on to study sports science, and then later became a founding Co Business Partner in one of the UK’s leading supplement companies.

His determination to educate the world and debunk out-dated fitness claims has taken him to the forefront of the strength and conditioning world.

Ross Edgley shows us that no matter what your approach to training and nutrition is, it should be learned and tailored by “you”. As Ross puts it, “If you understand ‘principles’  laws of adaptation, physiology, and physics, you can make your own “methods”.

1. “I personally say: My goal in fitness is to have no goal. To make life a continual enduring success. This is because I no longer compete in sport and have no intentions of competing in fitness. So instead I want to achieve this idea of ‘optimal lifestyle’ design. 365 days of the year be strong, lean, flexible and endured. No peaks and troughs but just to continually be operating at the highest level. I know for some this philosophy won’t work, but for me, it works.”

2. “There are many ways to get fitter, stronger and leaner. You shouldn’t discriminate against any of them or favor one. As soon as you do, you close your mind and limit your potential. By this I mean learn to adopt the best parts of every form of training and don’t specialize to the point of limitation. Olympic lifting, bodybuilding, CrossFit, gymnastics, they all have their merits. Learn from them and adopt them. Even if this means going out of your comfort zone and visiting a gymnastics gym once a week (month). I do and often it’s an embarrassing, humbling and valuable experience each time as I learn from some 10-year-olds kicking my ass.”