Robbie Frame is an Australian athlete, who’s been rising in popularity and fame across the world as a renowned cover model. He’s also become one of the highest ranked bodybuilding competitors, and fitness models from the Southern Hemisphere – with a fierce drive and ambition driving him forward to constantly achieve more.

Robbie Frame’s sporting ambitions saw him become a passionate rugby player and athlete during his high school years. As a result, he was able to fulfill his desire for competitive lifestyle – becoming a professional fitness model and sponsored athlete along the way.

However, Robbie didn’t let that stop him from pursuing a different avenue in his life – fitness modelling. Ever since then, he kept pushing forward to find success on the fitness modelling stage – reaching his peak when he earned his WBFF Pro Card in 2016. Now, Robbie aims to help others follow his lead to achieve the same level of success. This is his story: 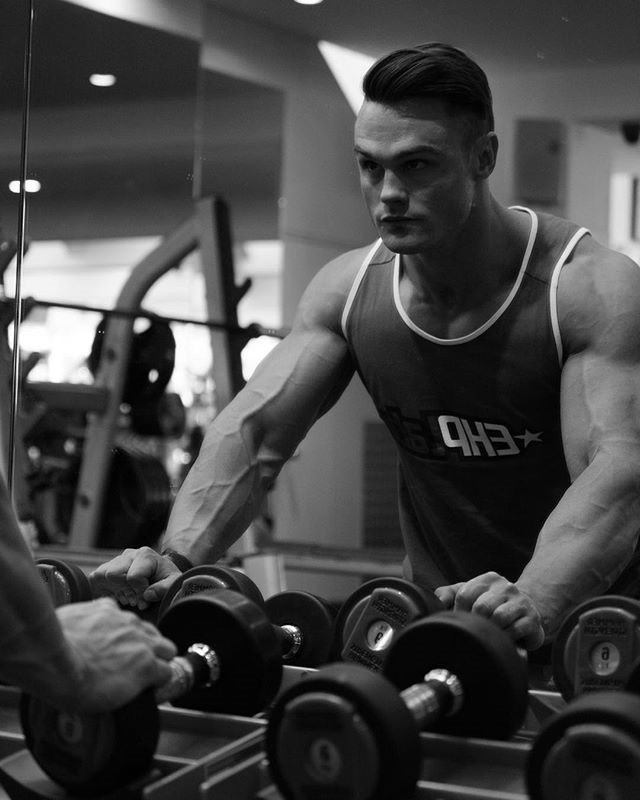 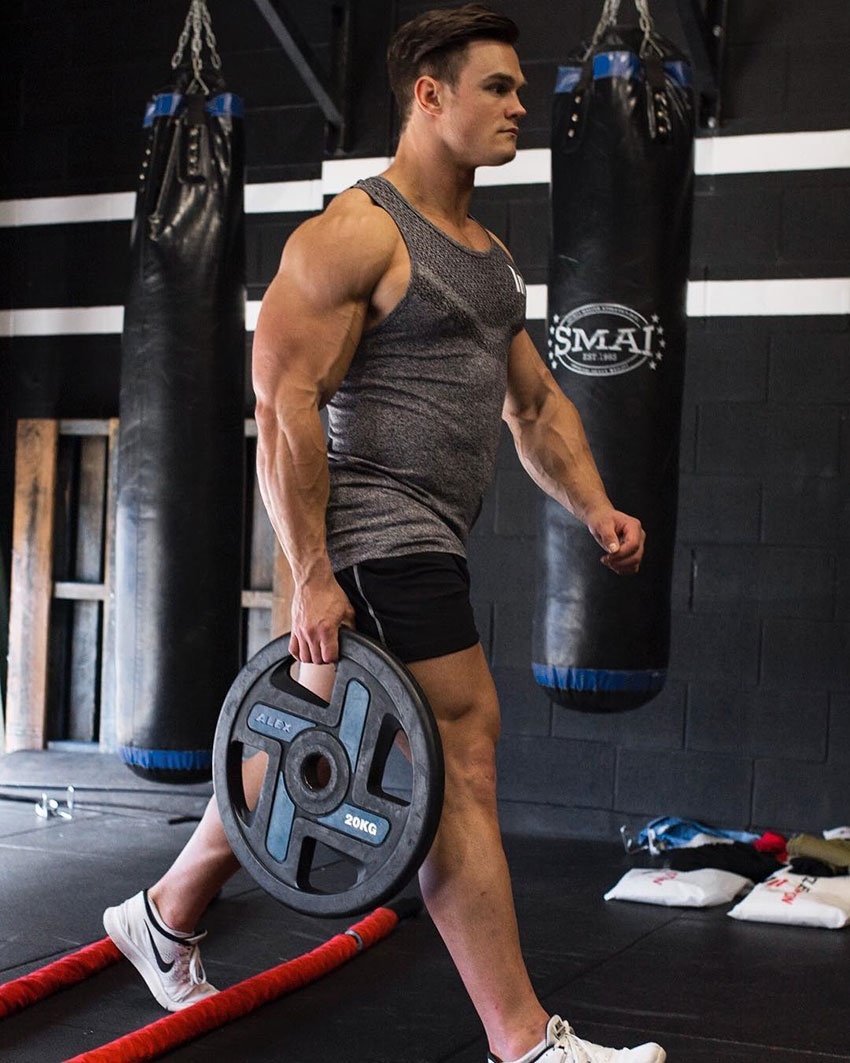 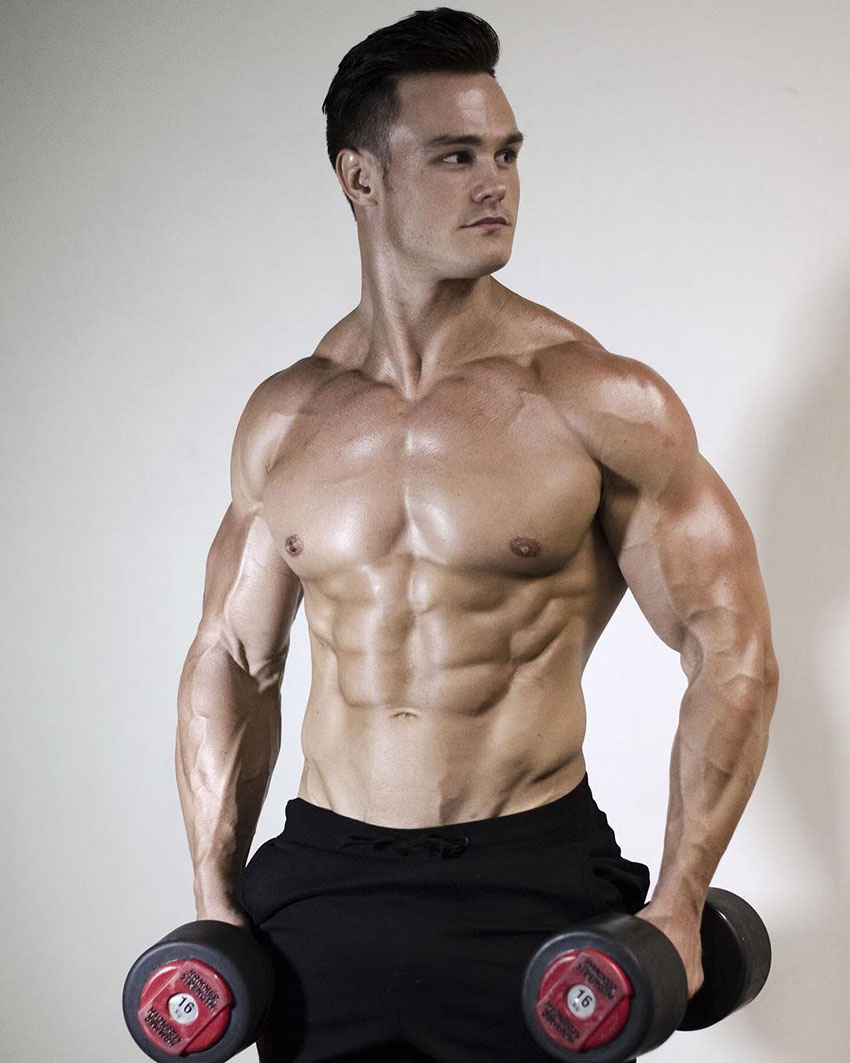 Robbie was born and raised in Australia, where he’s lived his life ever since. During his high school years, Robbie was always a sporty child – having a passion for rugby and athletics in particular.

Playing these competitive sports taught Robbie the important life lessons of commitment, discipline, and team work. Because of this, he kept pushing forward to pursue his love for an active lifestyle.

However, Robbie soon realized that his skinny frame didn’t match to his competitors on the field. It was at this point, Robbie’s self-confidence began to fall downhill. As a result of this, his performances on the playing field were negatively affected.

But one day, matters were made far worse. Robbie suffered from a serious knee injury – forcing his rugby season to come to a grinding halt. Due to the severity of his injury, Robbie had to undergo surgery to fix the damage that was caused. Shortly after this, Robbie sought a way to aid his recovery – this is when he found weight training.

Early Days in the Gym

Prior to his first introduction into the weights room, Robbie lacked the experience he needed to create a strong and powerful physique. It was something that never appealed to him before. As a result, Robbie was unsure where to start.

It was at this point, Robbie learned the basic principles of lifting weights with the guidance of his teachers at school. It was his goal to build additional muscle to improve his performance playing rugby. From then on, Robbie set out to achieve just that.

However, Robbie failed to make progress in the gym initially. Because of this, he felt disheartened – leaving him with low self-confidence for a short while. It was at this point, Robbie realized that he needed to change his ways.

From then on, Robbie began to learn more about bodybuilding and nutrition. Soon enough, fitness turned into a huge passion of his. Ever since then, he was able to make substantial progress in his lifting career. In the process, he overcame his low self-esteem – allowing him to pursue his love for rugby once more.

Upon his recovery from his knee injury, Robbie tried everything he could to reignite his rugby career. However, the tough nature of the sport meant that his return to the playing field was short lived.

Despite Robbie’s best attempts, returning to playing rugby proved all too much for his knee. As a result, he unfortunately suffered another knee injury which needed reconstruction surgery. Because of this, he was left with no option but to cut short his rugby career.

Robbie was left devastated as result of no longer being able to play rugby. However, he was determined to keep pushing forward in his fitness career. By this point, weight training was something that he found fun and enjoyable. As a result, he turned his passion for fitness into a career.

Soon enough, Robbie realized that he wanted to reach the fitness modelling stage. This gave purpose to his training in the gym, allowing him to move to the next level in his fitness lifestyle. It was at this point, he began training with a personal trainer to ensure that he was competition ready. 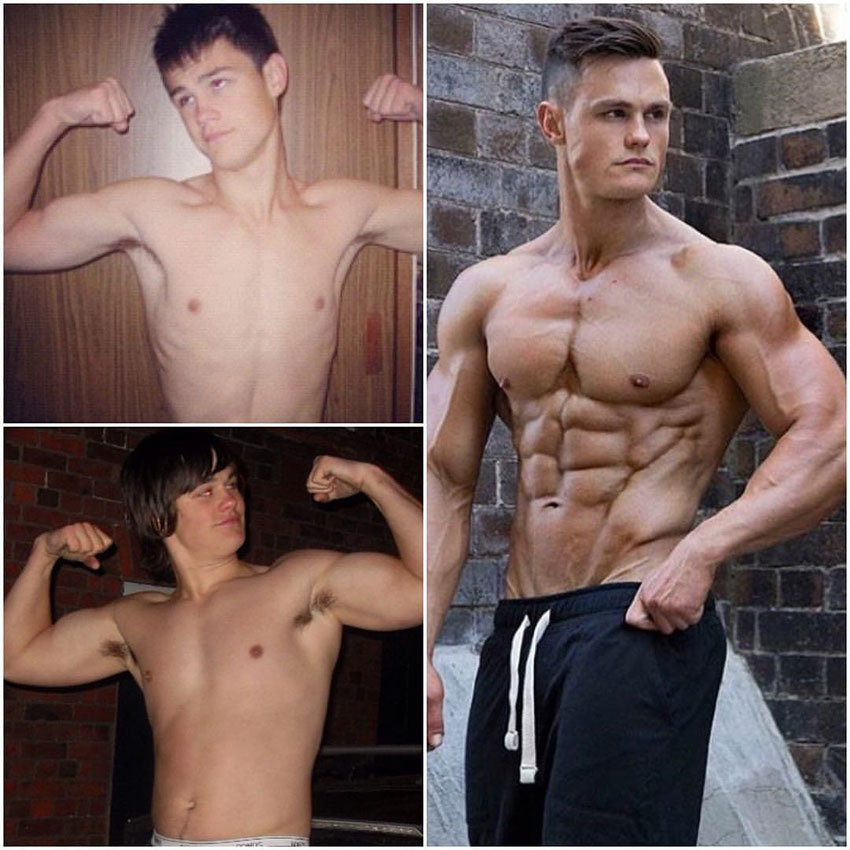 Robbie Frame before compared to how he looks now.

After several months of training hard in the gym, Robbie was able to overcome his injury woes – building up strength in his knee through consistent weight training. It was at this point, he began preparations for his first competition.

Robbie entered the ANB Asia Pacific Fitness Model Championships in 2012. As a result of his hard work, he finished in 12th place out of 34 contestants. As a result of this, Robbie was eager to keep pushing forward to improve for his next competition appearance.

By the time 2016 came along, Robbie was able to earn his fitness modelling Pro Card at the WBFF Australia in 2016. At this competition, he was able to finish in 1st place in the muscle model – short category.

This emphasized the heights that Robbie was able to reach through hard work and dedication – a far cry from his days of low self-esteem towards the end of his time in high school.

After earning his Pro Card in 2016, Robbie was immensely proud of how far he had come in his fitness modelling career. As a result of his success, Robbie then made it his mission to guide others to achieve their dream body – just like him.

It was at this point, Robbie began working as a personal trainer. It was his desire to be a positive influence in other people’s lives – personal training allowed him fulfill this wish.

Here’s Robbie talking about his reasons for becoming a personal trainer:

“Since becoming a personal trainer, I have been determined to help others realize their personal potential. It is my mission as a fitness professional to empower people to initiate positive change in the lives through health and fitness”. 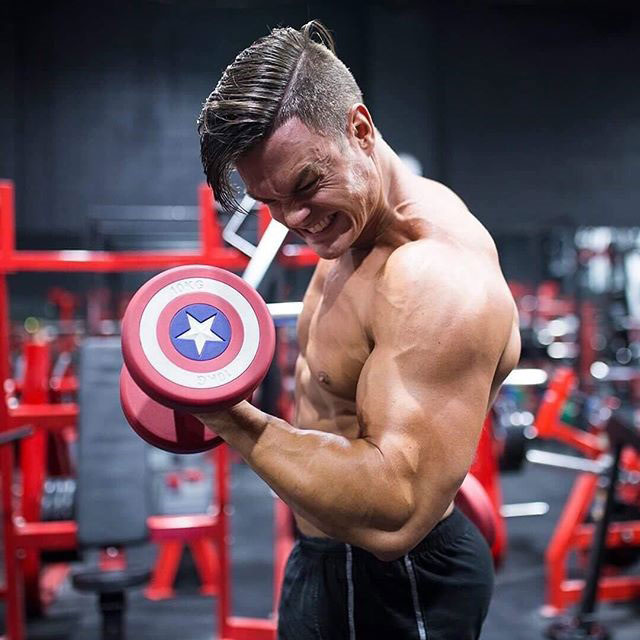 To ensure that he reaches his fitness goals, Robbie trains in the gym on a five day split. It’s Robbie’s aim to stay in peak condition all year round. Staying on track with his training in the gym allows him to achieve this. Here’s Robbie talking about his training methods:

“I focus on time under tension and ensure that I take the targeted muscle through full range of motion by eliminating any form of momentum from the lift”.

The training routine that Robbie follows is listed below: 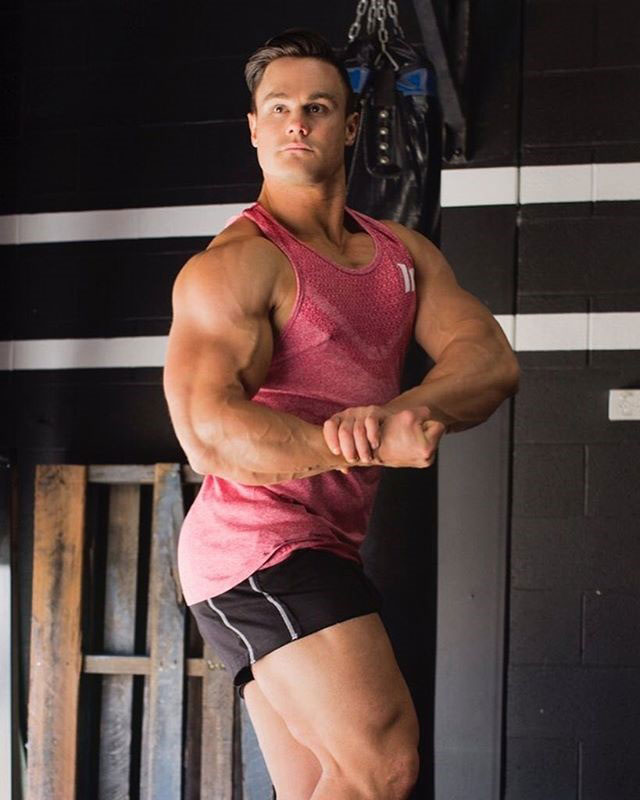 Robbie generally prepares his meals at the start of the week. This ensures that he isn’t tempted to fall off track – jeopardizing his hard work training in the gym. As an extra incentive, Robbie occasionally eats a cheat meal, but his usual meal plan looks something like this: 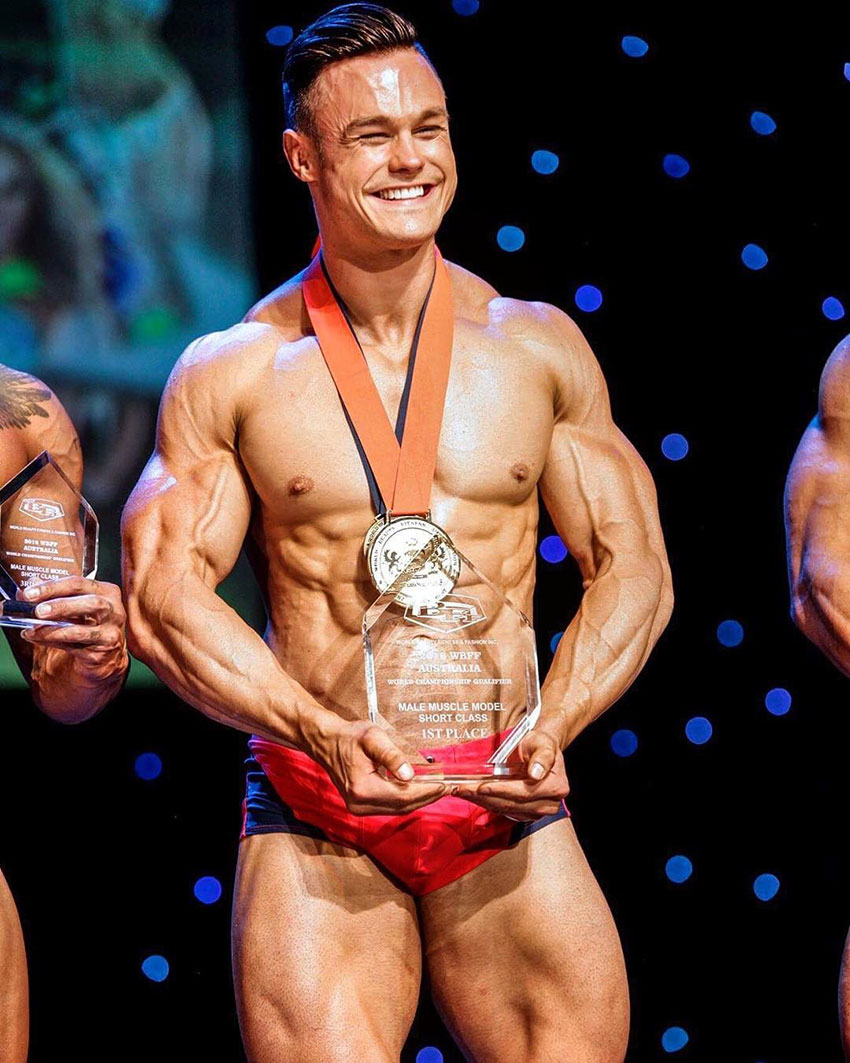 Steve Cook, Greg Plitt, and James Ellis are the bodybuilders who Robbie has idolized ever since the start of his fitness career. Robbie took major influence from them to reach every goal that he set for himself.

Additionally, Robbie cites his family and his girlfriend as huge influences in his life. In regard to the support he receives from them, Robbie stated:

“My accomplishments in and out of the gym are heavily attributed to my wonderful family and beautiful girlfriend. Their unwavering support and understanding allowed me to thoroughly enjoy transforming and my pursuit of fitness”. 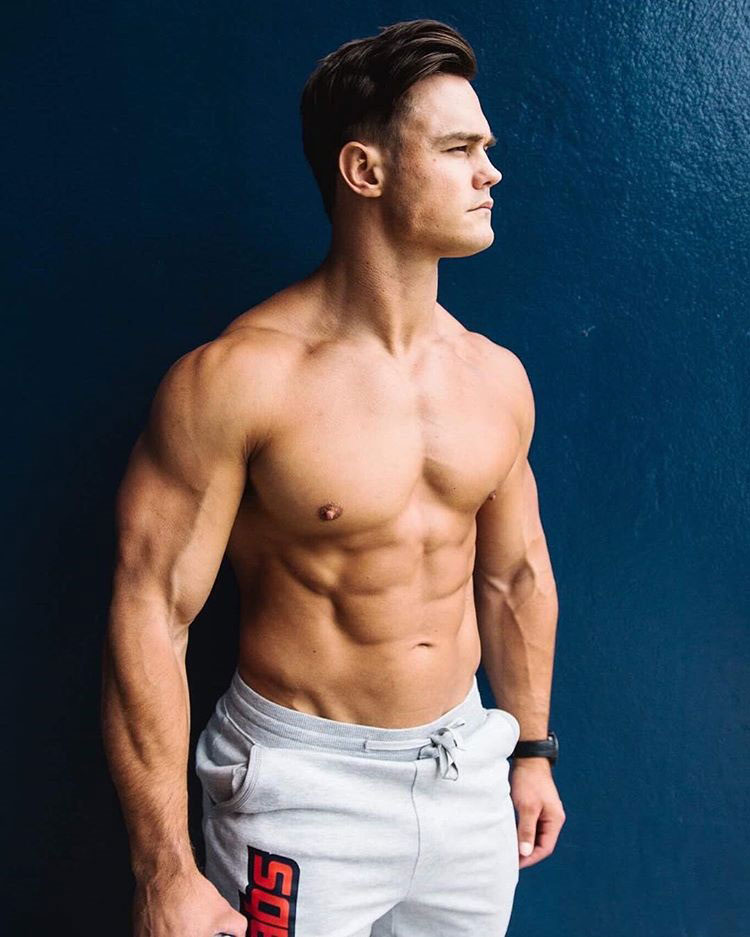 What we can learn from Robbie Frame

What we can learn from Robbie Frame is that his rugby career failed to ‘hit the ground running‘ as a result of his injury setbacks. However, he didn’t let this have a negative impact on his life.

Because of this, he was able to pursue a career as a fitness model – earning success along the way. Ultimately, Robbie never let his passion for fitness come to an end. If we can learn anything valuable form Robbie’s story it would be this:

By staying motivated, dedicated, and passionate with your training in the gym, you too can achieve the same – just like Robbie Frame.