The Ray Mentzer story is one of success, but also tragedy. Known for his feats at the 1978 IFBB Mr. USA and 1979’s, Ray was a sight to be seen during his prime. He was known for lifting over 900lbs in squats, and for weighing 275lbs of rock-solid muscle at one point.

However, not long after closing the curtains on his bodybuilding career, Ray started having kidney problems. In 1999, after going to a check-up at the doctor’s, Ray received terrible news. He’d contracted Berger’s Disease. The condition was so serious that Ray had no other option but to get a new kidney.

As he waited for the kidney transplant, Ray discovered that his brother Mike had serious heart issues – which led to Mike’s death on June 10th, 2001. Tragically, Ray died just 2 days later, after missing his kidney dialysis treatment. 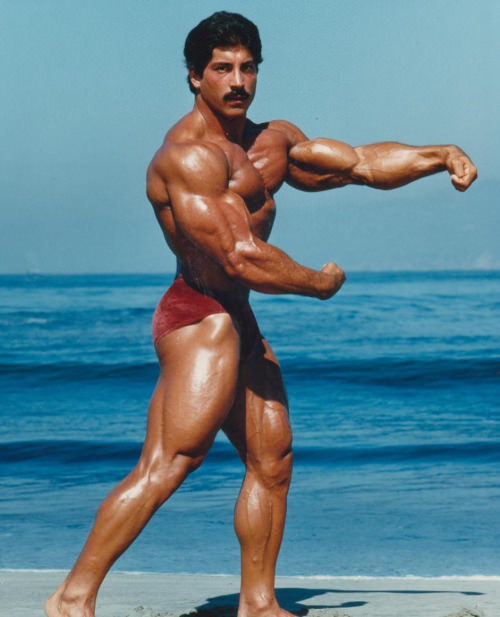 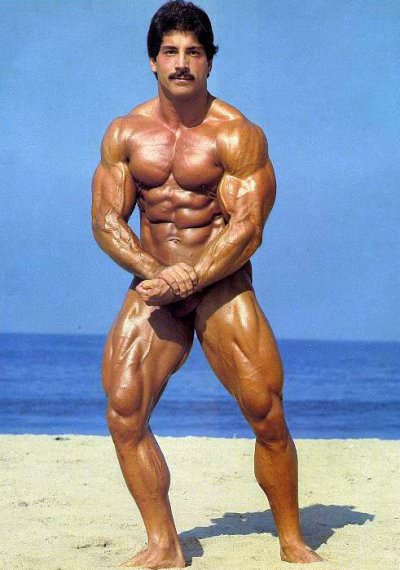 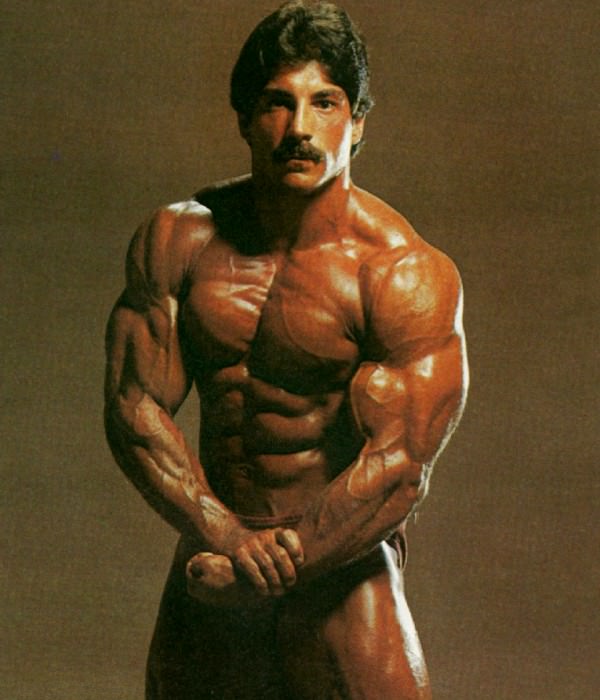 Ray Menzer was born in August 1953, in Pennsylvania, USA. Like other great bodybuilders, Ray discovered his passion for the lifting sport early in his life.

He quickly fell in love with the iron and began sculpting his body. By the age of 23, Ray was a full-time competitor. He soon took part in the Junior Mr. America and IFBB Mr. America, winning both contests.

In 1978, Ray became the IFBB Mr. USA champion. One year later, he achieved same in the AAU Mr. America show.

During this period, Ray was able to grow his physique by leaps and bounds. This was in no small part due to his new training routine, ‘Heavy Duty Training’, which was created by his 21-months older brother Mike Mentzer.

Heavy Duty Training revolved around doing extremely intense exercises in a short period of time. In fact, Ray’s workouts would last no longer than 45 minutes. By the 45th minute mark, he was completely exhausted and his muscles were ready for recovery.

The improvements Ray saw in his physique soon paid off. He began competing in the most elite shows around America, making a name for himself in the process.

Stepping Down From the Stage

In 1982, after years of competing, Mike decided to step down from his competitive career and focus on new endeavors. 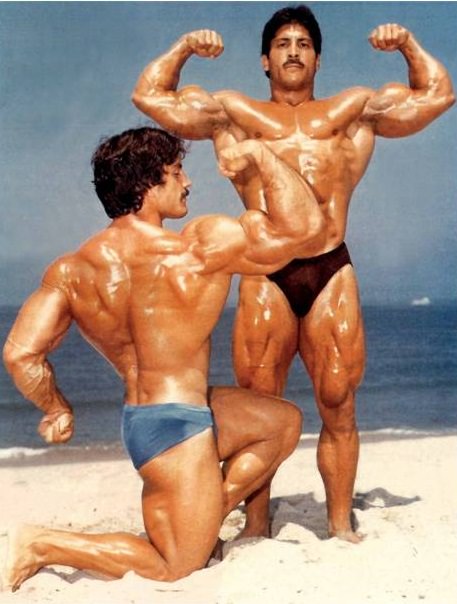 Ray Mentzer and Mike Mentzer flexing together on a beach.

Although he was no longer under the spotlight of the bodybuilding stage, Ray kept training hard behind the curtains. In fact, he achieved his biggest physique during this period.

Coupled with an overwhelming amount of calories he ate, Ray soon reached the 250lbs mark of weight. Although he wasn’t stage-level-ripped, Ray’s gigantic and muscular frame was a sight to be seen.

Ray would later become a bodybuilding legend for his vascular 20+ inch arms, and for reaching a then unthinkable 275lbs of weight. On top of this, Ray’s strength also increased. During one of his evening training sessions, he was seen doing a 900-pound squat for two reps.

In 1999, Ray discovered he had kidney problems. He contracted Berger’s disease. The doctors put him on a kidney dialysis treatment soon after, along with putting him on a kidney transplant waiting list.

The first and obvious choice for Ray’s kidney transplant was his brother, Mike. However, the doctors first needed to check if Mike’s kidney was compatible with Ray. This is where things started going downhill.

During a check-up, Mike discovered that he had severe heart issues, which meant that the kidney transplant was off the table. Ray had to wait for another donor.

However, Mike was still able to take care of his younger brother. The two moved in together in an apartment, which saw them grow closer over the following months.

On June 9th, 2001, Ray and Mike were working on their new training DVD called ‘HIT’. After a long and exhausting day of work, Ray went to sleep, while Mike stayed working late.

Ray was troubled by this because he knew his brother had heart problems, and didn’t want him to overtax his body. But Mike wouldn’t listen. Eventually, as the fatigue set in, Mike finally decided to call it a day and turn to bed.

The following morning, on the 10th of June 2001, Ray found that his brother would never wake up. Mike had a heart attack during his sleep.

In the midst of the chaos that day, Ray completely forgot that he needed to turn up for his kidney dialysis treatment. Not 48 hours later, Ray was found dead in his apartment – losing his battle against Berger’s Disease. 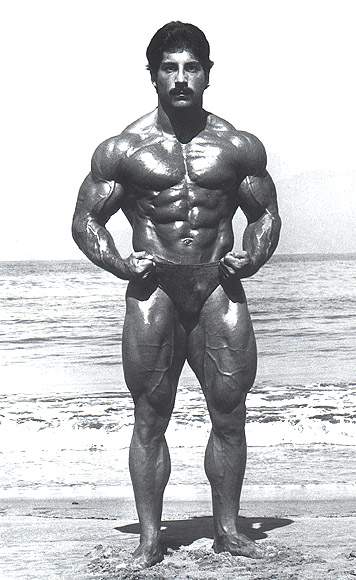 Ray followed a similar training style to his brother Mike; it was called “Heavy Duty Training”. This routine was based on doing 6-9 reps per set at the maximum weight he could lift.

The weight would be so heavy that by the 9th rep, Ray would reach failure. Once he reached that point, Ray would have his training partner help him do another 2-3 forced reps, controlling the weight with slow and perfect form. This would make him go beyond the point of muscle failure.

Ray’s intense training was often followed by 3-4 days of complete rest. This would allow him to rebuild his muscle tissue from the damage he’d caused with extremely heavy weights and going past failure in his sets. 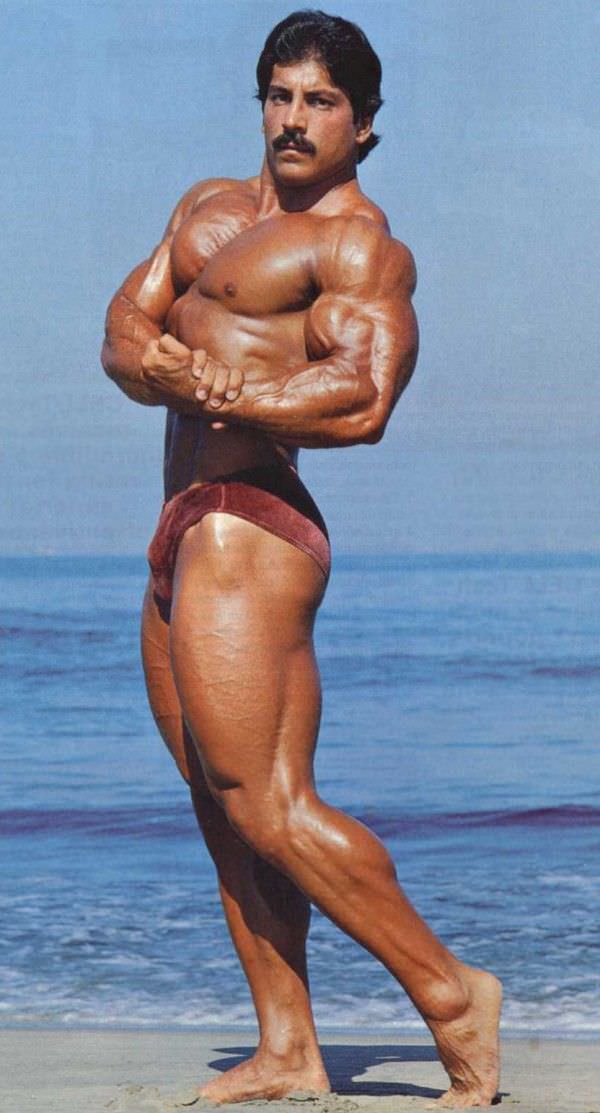 One of the core principles of Ray’s training was doing low reps and heavy weight. This is why his workouts were called HIT (High-Intensity Training).

However, these weren’t the only methods Ray used to increase his training intensity. He also did stutter reps and slow negatives.

Stutter reps increased the duration of each set by over 20 seconds. Forced negatives did the same. Ray believed that by increasing the time under tension with these methods, he’d improve his muscle growth.

Every Saturday evening, Ray would host so-called “Saturday night squat parties”. He’d do squats for hours on end, together with a few other guys.

Ray and co. would lift extremely heavy weights, taking long breaks between sets. During one of these ‘squat gatherings’, Ray achieved an astonishing feat – lifting a 900-lbs squat for 2 reps. 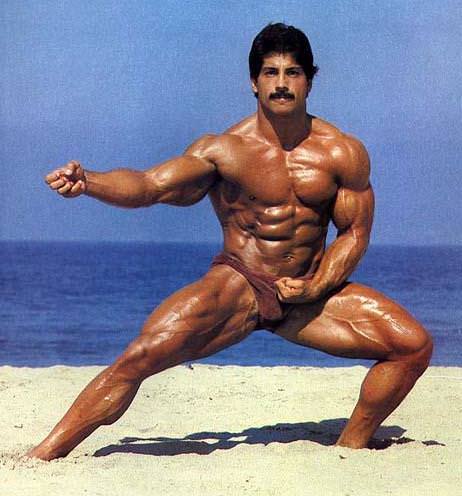 Back in the day, many bodybuilders believed that a high-protein diet was the number one key to building muscle. Ray Mentzer didn’t share the same opinion.

Instead of focusing only on proteins, he ate a well-balanced diet that consisted of several food groups such as; grains, vegetables, fruits, meat, and good fat sources.

In fact, carbohydrates made up the bulk of Ray’s diet. Over 60% of his daily calories came from carbs. As for his protein sources, they included chicken, beef, and high-quality dairy. 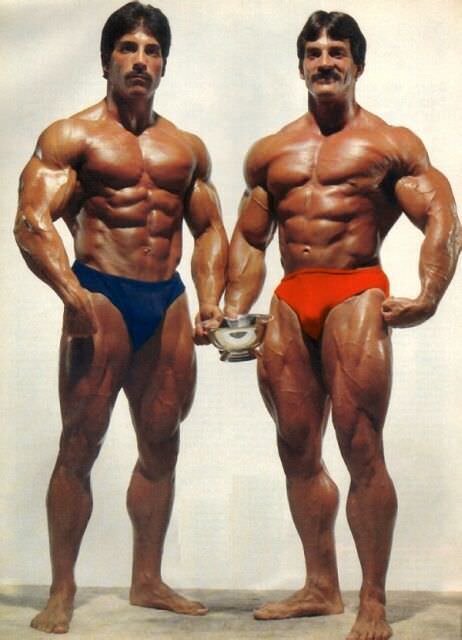 One of Ray’s biggest influences in bodybuilding was Bill Pearl. When Ray and his brother were little, they’d send letters to Bill and tell him how they admired his physique – hoping that they too could one day sculpt strong and ripped muscles like Bill.

Here’s what Bill said about Ray and Mike; “Mike and Ray Mentzer used to write to me when they were young kids back in Pennsylvania. Ray was 9 years old and Mike was 11 years old. They’d send me little pictures of themselves and all types of stuff. I’d answer them back. I’d never dreamed they’d end up like they were, but Mike and Ray are genetic freaks.” 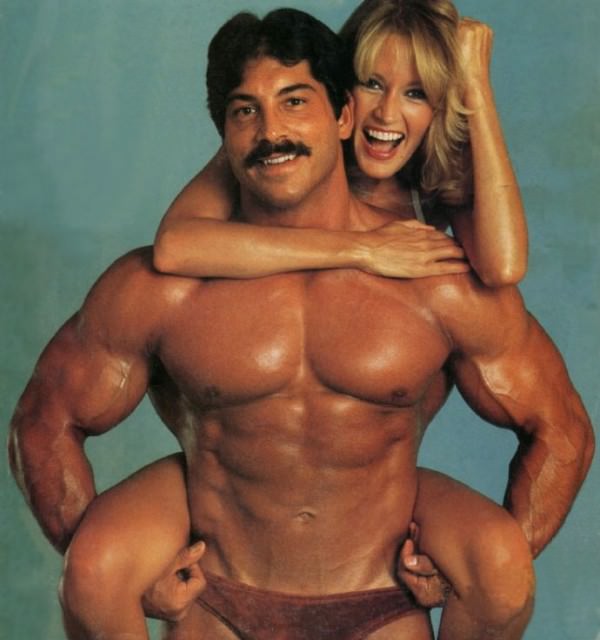 What we can learn from Ray Mentzer

Ultimately, Ray’s life was one full of success but also tragedy. A case of rise and fall. He passed away less than 48 hours after Mike had died, leaving the bodybuilding world shrouded in black.

Ray will stay remembered for his insane strength, and for his never-give-up attitude towards training and life. He always knew what he wanted and worked hard for it.

If there’s something to learn from Ray Mentzer, it would be; never take life for granted, make every day count, and don’t spend time doing something you don’t love – life’s too short for that.