Quincy Winklaar is a professional bodybuilder, army veteran, and former police officer from the Netherlands. His larger than life personality, combined with his motivational videos have inspired many fans to take up bodybuilding.

Quincy’s first taste of bodybuilding came when he joined the Dutch army in 1999. Due to the demands of the army, Quincy had to stay extremely fit, but, he also wanted to build muscle, so he incorporated weight-lifting into his gym routine.

Gradually, he created a professional workout plan which focused on his legs in particular, as he saw them as “small”. He also developed a diet plan to match, and in turn, his body became more proportional – allowing him to think seriously about becoming a professional.

He eventually realized his dream and became a Pro competitor in 2012. Quincy now competes at the IFBB level; continuing to train toward his next competition. This is his story: 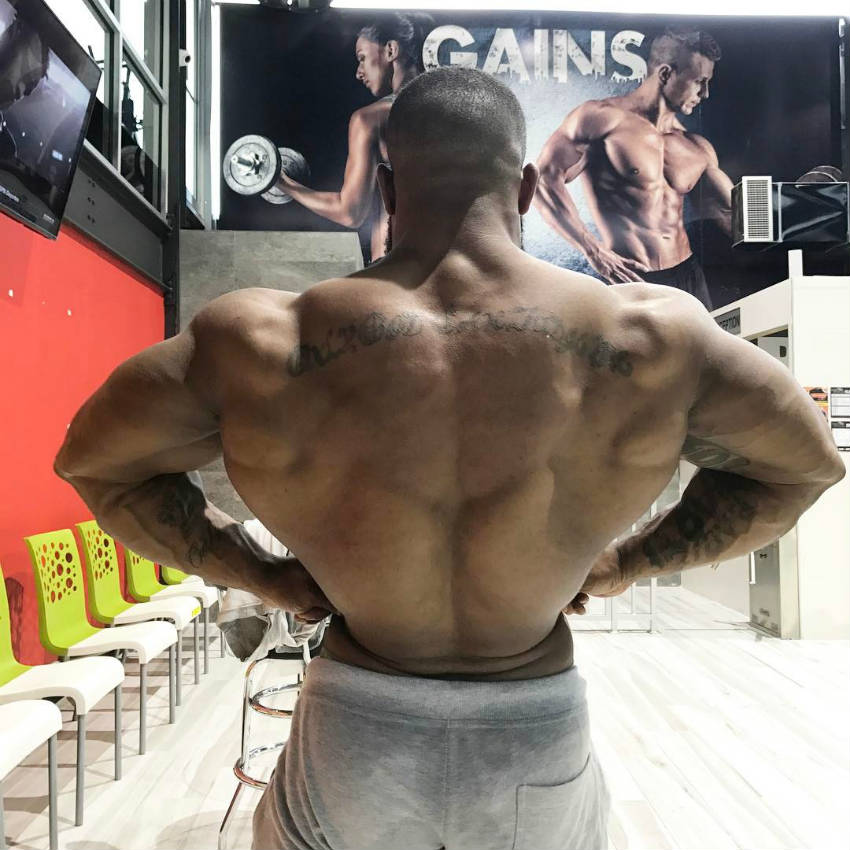 “I am proud of myself – my consistency, determination to  succeed, resiliency and simple nature”. 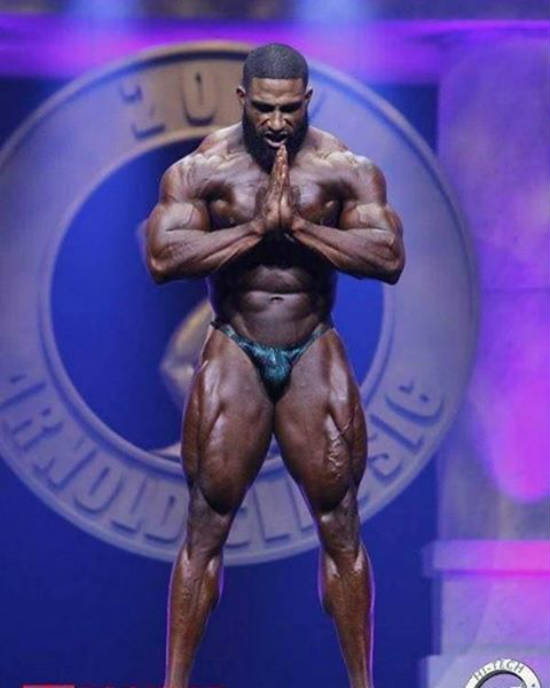 “Train your body not your ego”. 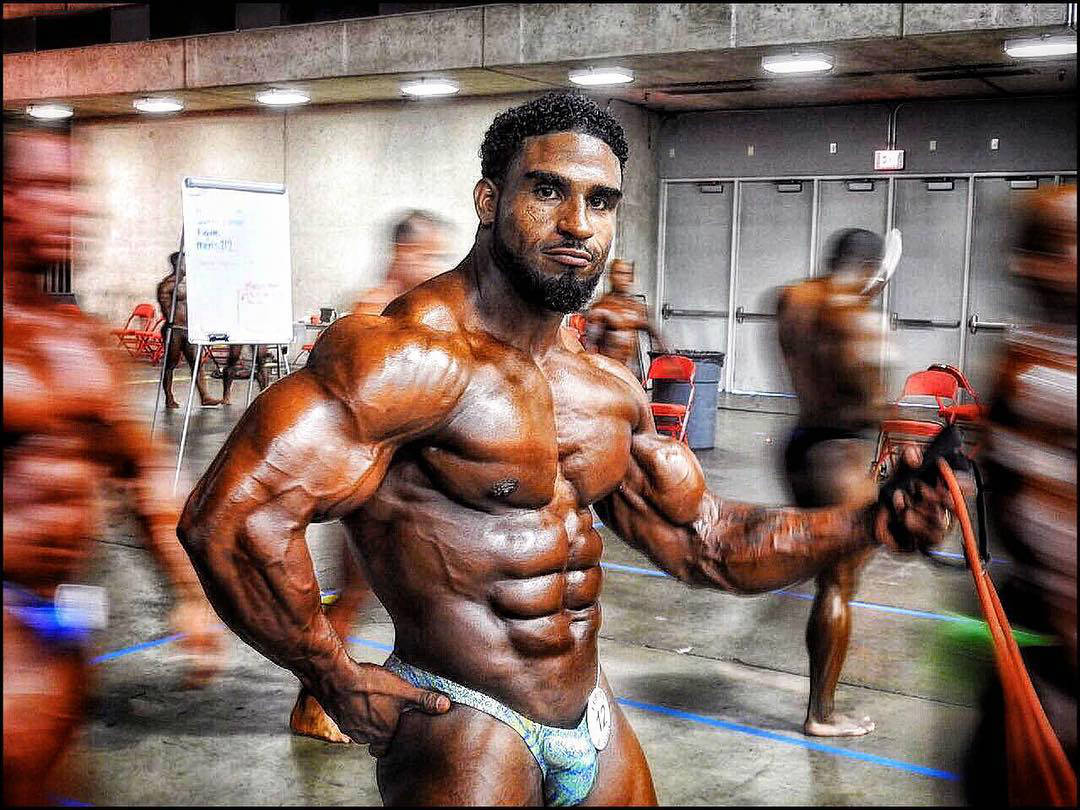 “Make clear and realistic short term goals to keep you focused and motivated”.

Quincy’s first few years in bodybuilding were admittedly difficult, due to the fact he spent a lot of time learning new exercises. His main issues were his lack of knowledge in lower body training – which affected his aesthetic proportions.

Leg extensions and Seated Calf Raises were Quincy’s only leg exercises in his early years of training. He says that his legs were underdeveloped compared to his upper-body. Quincy knew he was too focused on building his upper-body to “look good in a tank top”. Quincy knew he needed to make a change if he was going to be a professional bodybuilder.

This change came when squats, lunges and dead-lifts were introduced to him by his professional bodybuilder brother, Roelly. When he used these new movements, he instantly saw progress – gaining muscle in his legs.

“If I knew then what I know now, I would pay more attention to incorporating a variety of leg building exercises”.

Shortly after this learning period, leg days became Quincy’s favorite day of the week. He learned to love Squats,  saying “the harder you go the sweeter it gets, and I love how my legs feel the day after”.

He’s also developed a love for tricep workouts. He enjoys the Tricep Kick-Back, saying that,“It’s hard to cheat when you do it right, and you get an enormous pump from it”.

These workouts are central in Quincy’s routine, but Cardio has also been key. He usually uses the treadmill on an incline setting for fast walking, but also runs the “Torture Hills”.

The Torture Hills are three steep hills near Quincey’s home, that he runs for competition preparation. He says it takes him half an hour to run up the hills and, in his words, he’s “breathless at the end” with “sore legs and glutes the next day”. 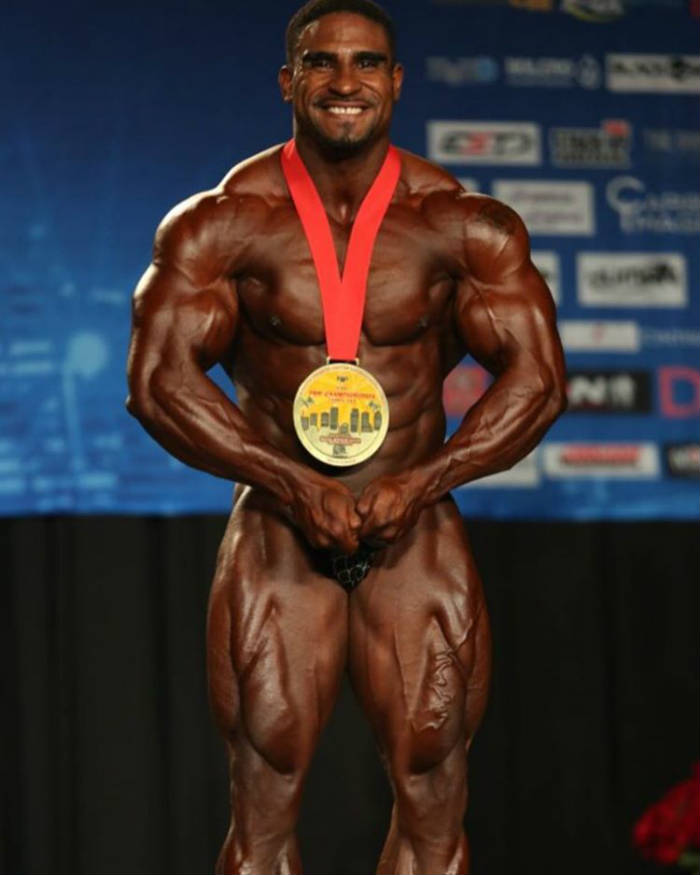 The exercises he would typically utilize for each muscle group are detailed below: 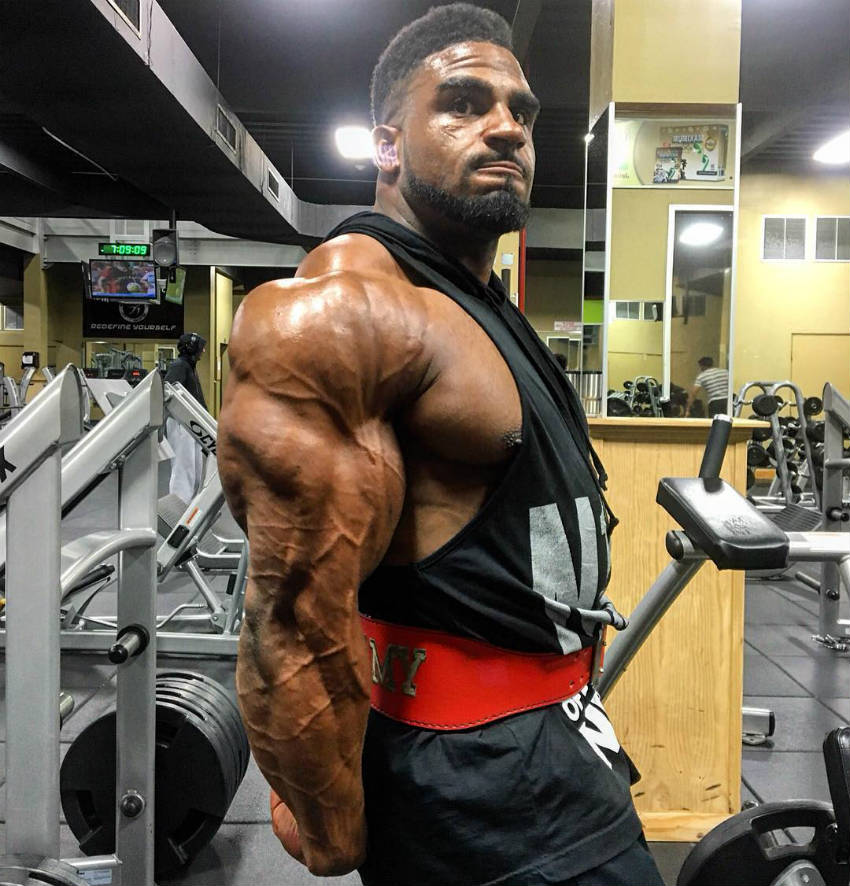 “Pay attention to diet in relation to your training regiment; they go hand in hand”.

Prior to competing, Quincy focuses on eating eight meals a day. He tries to make sure his daily protein intake is 250g grams; he keeps his carbs low so he can “get big and stay lean for the show”.

Supplements are also vital in Quincy’s meal plan. His supplement stack is below. 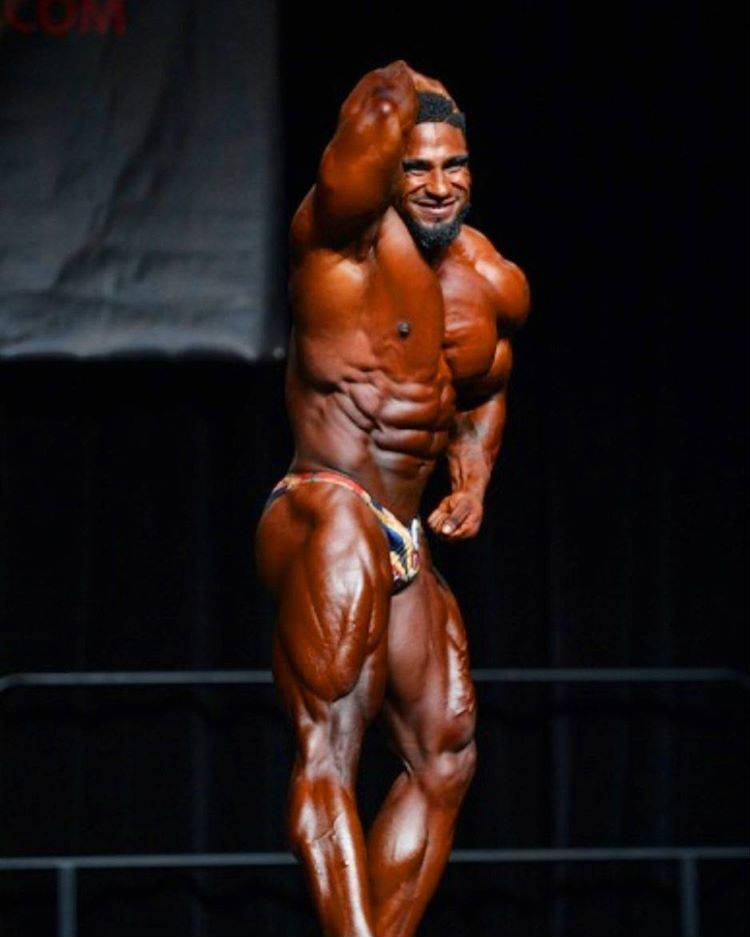 “Build a passion for what you do; learn to enjoy it”.

Quincy’s main influence is his older brother Roelly Winklaar. Roelly has been an IFBB bodybuilder for decades, and came to prominence in 2009 when he won the IFBB Arnold Amateur Championships. He was Quincy’s main trainer growing up, and continues to inspire him to reach his goals today.

Beyond his family influences, Quincy also takes inspiration from bodybuilding greats such as Dexter Jackson and Frank Zane. He sees their dedication and focus towards the sport as unrivaled – respecting their focus on aesthetic perfection. 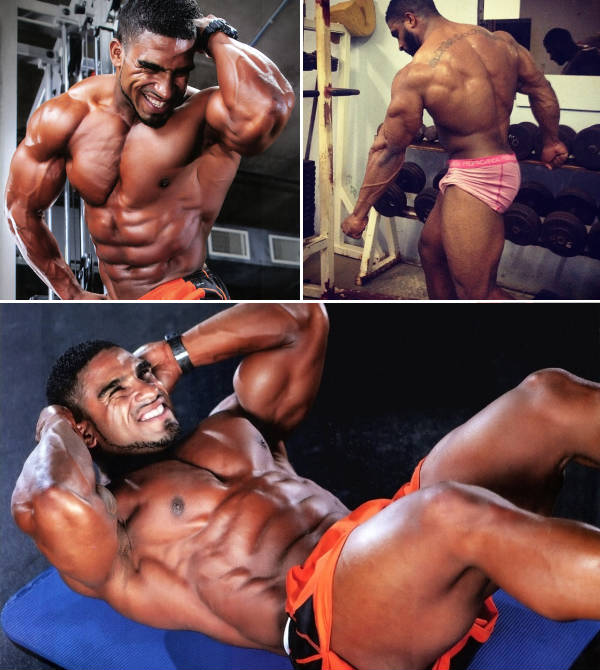 “Practicing consistently isn’t difficult. What’s difficult is practicing something every day that you don’t really want to do”.

What we can learn from Quincy Winklaar

Quincy has shown us that even the best bodybuilders in the sport have to start somewhere. He originally made mistakes, by learning the hard way and introducing new techniques to develop his legs.

His story is also an example to us all that bodybuilding can be much more than just a sport. For Quincy, working out and building muscle is a family tradition.