Olly Foster is a UK cover model, personal trainer, author, ex-rugby player, and TPI Certified Golf Trainer. Olly started his fitness journey after he came in last place during a cross-country run at the age of 14. This saw Olly enter the gym for the first time to become fitter than his peers.

Excelling in the gym, and deciding to move over to rugby league, Olly quickly turned semi Pro by the age of 17. From there, he traveled to New Zealand and Australia, where he played, and learned form some of the toughest characters in the southern hemisphere.

After returning to the UK in one of his matches, Olly injured his leg which forced him to retire early. Undeterred, he focused his attention on modelling, and after months of training, he entered a magazine competition and won 1st place.

Since his early success in the fitness industry, he’s cemented himself as one of the UK’s leading fitness icons. He continues to help, and inspire people all over the world with his inspirational story. 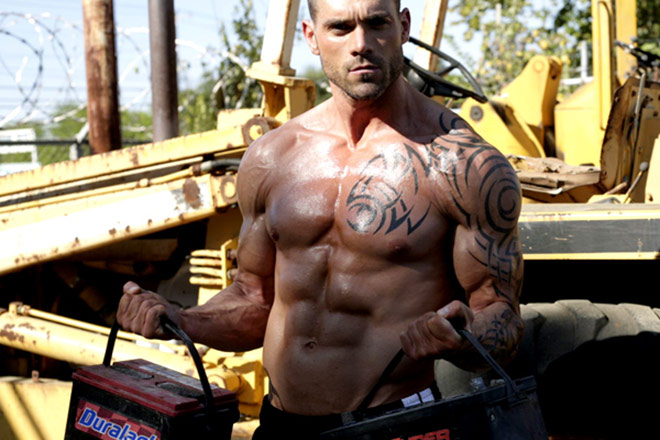 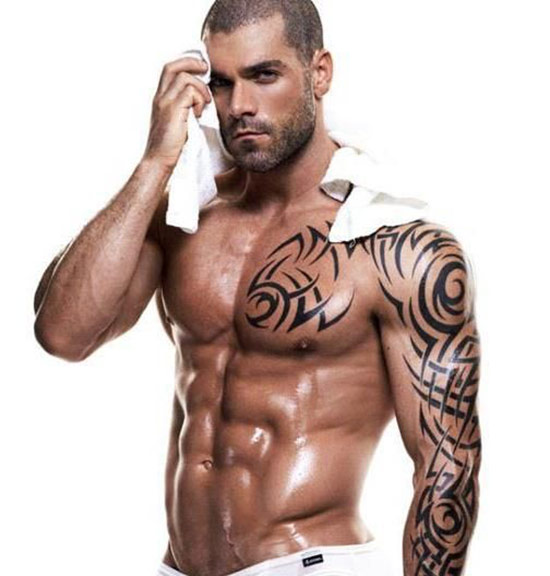 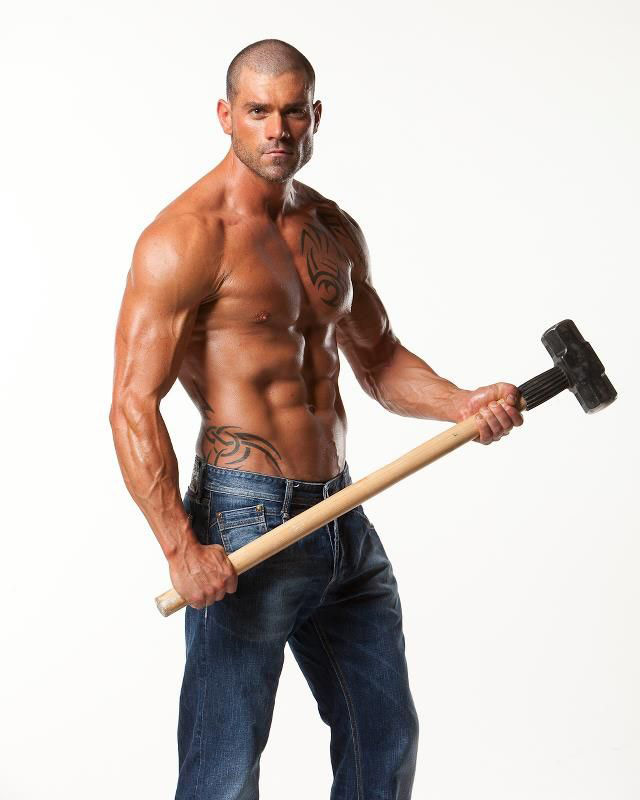 “My fitness journey began at the age of 14 after coming last in a school cross country race, feeling embarrassed and humiliated my dad signed me to our local gym the next day and so my love of fitness began and I was hooked!”

From Cross-country To Rugby

During his early childhood, Olly started taking part in cross-country races at the age of 14. However, Olly wasn’t always the fittest child on to take part. In one of his early races, he finished in last place, it was at this point he decided to do something about it.

Olly said, “I was so embraced, and felt really low.” Feeling deflated, Olly asked his father for help. The very next day his father took the youngster to the gym and showed him the basics of weight training.

From the very first gym session, Olly sparked an interest in weight training, and after months of training, he became bigger, stronger, and faster. With his new found confidence, he decided to take up playing rugby, which he took too immediately and surpassed many of his peers.

Playing in a semi, and professional level of rugby he played at the amateur international level, where he was lucky enough to travel overseas to Australia, and New Zealand. This is where Olly learnt form the best, and played against some of the toughest rugby players in the world.

Unfortunately for Olly, his rugby career was “blighted with injuries,” as Olly said, “after several operations and discussions with my surgeon I gave up the sport in 2005. It was at this point in time my focus and direction, with regards to training for a goal changed.” This is when Olly started to train for modelling.

“After a steep learning curve of experimenting with pioneering nutritional practices and learning new training systems I achieved in transforming my physique to a cover model level, winning the competition.”

After switching his focus towards fitness modeling, Olly entered a popular health magazine competition in 2005, and to his surprise, he won over thousands of entries. This is what started Olly’s career in modeling, and the fitness industry.

However, Olly’s modelling career wasn’t the healthiest of times. The agencies required him to become unnaturally thin, which eventually caused him to create and unhealthy relationship with food, which also transitioned to his overall health, and social life. Olly said:

“As a result of the win I was signed with a top-modeling agency in London where I worked as a full time model for a period of time, although, all was not well.  The pressures of the industry to be a much slimmer clothing size than what was natural for my body type caused me to lose over 20kg, resulting in an unhealthy relationship with food, the elimination of a social life to stay away from temptation, causing a loss of many friends and isolating myself from the real world.” – Olly Foster

After breaking away form the modeling industry, Olly returned to a healthier approach to life where he focused on helping others achieve their fitness goals. Upon moving to Edinburgh UK, Olly started a chain of restaurants based around healthy eating.

However, after a financial crash, Olly’s dreams were destroyed. This is when Olly decided to return to London, where decided to put 100% of himself into becoming a Personal Trainer.

Since his initial break from modelling in the beginning, he occasionally returns back to the lime light, where he’s fortunate enough to hand pick the photo-shoots he wants to take part in.

This has resulted in Olly being featured on the front cover of 8 popular magazines. He’s also become an author for several other sources, where he shares his training, and nutrition knowledge that he’s picked up over the years. Alongside this, Olly now operates a successful personal training business in the United Kingdom. 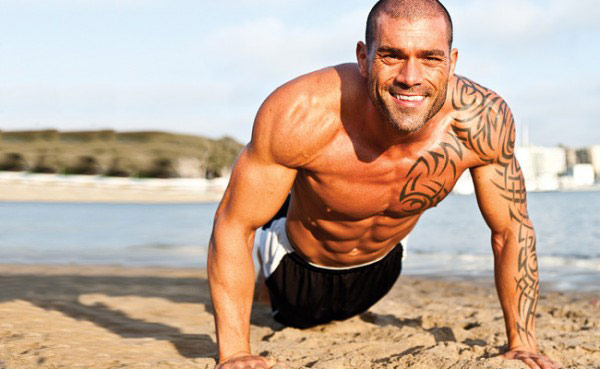 “I hate taking a day off, it kills me. I’m at home in the gym and honestly can’t get enough of it.”

Olly likes to use basic exercises such as compound lifts while manipulating his rep ranges. He will also try to activate as many fast twitch muscle fibers as possible through full-body movements. Olly says the reason for this is simple: ” You must vary your rep range in order to recruit the largest possible number of muscle fibers of both slow and fast twitch when training.”

He continues: “Any bodybuilder or fitness model that doesn’t vary rep ranges and speed of contraction is significantly limiting his or her success by leaving millions of muscle fibers untrained during each workout.”

“I tend to get bored very easily if I stick to set pattern of exercises over a set period of time. Therefore I change rep ranges, sets, types of contractions, and muscle groups all the time.”

Apart form the basic exercises that he’ll always use in his workouts, he’ll structure his training around a 10 week cycle. The first four weeks are mainly based around strength training, where he’ll try to build as much muscle as possible.

The next four weeks will be focused on hypertrophy, where he’ll aim to expand and grow the muscles using isolation exercises alongside compounds lifts.

For the final two weeks, Olly will use lactic acid/metabolic style training to help his body become leaner.

Depending on what training week he’s currently on, Olly will mix up his cardio sessions, but for the most part, he’ll perform cardio 6 days a week throughout the whole year to keep is body in top condition. As Olly says:

“I really don’t think there is a right and a wrong way to do cardio. I mix my sessions up all the time, I don’t even lay out the exercises I’m going to do for the workout. I know the muscle groups I’m going to hit but I make it up as I go along, if I don’t know what I’m doing, my body certainly isn’t going to know and there the shock treatment is applied.” 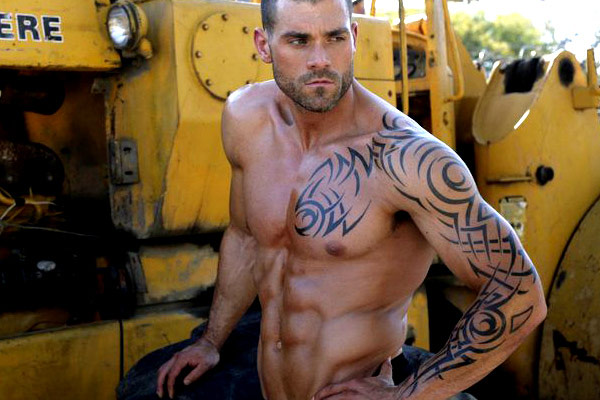 When Olly is going through his 10 week training cycle, he’ll also follow a specific diet to mirror his training needs. For the first four weeks, he’ll eat more carbs to help with recovery and support muscle growth.

For the second phase of the hypertrophy stage which last for an additional four weeks, he’ll slightly reduce carbs and increase the healthy fats. The final tow week stage, he’ll reduce as much cabs as possible while hitting his body hard with metabolic style training.

Apart form his training and dieting phases, he knows the importance of eating a clean and healthy diet all year round. As Olly says:

“I have to say I am extremely disciplined in this area. Having gained a degree in nutrition, my knowledge on what I need and when I need it is pretty good. No matter how tired I am, when I finish work I will go home and spend about an hour in the kitchen prepping all my meals and supps for the next day. Some food I cook in bulk, but my eggs, porridge, veg, etc., needs to be done on a daily basis.”

One of his favorite foods is peanut butter, as Olly says, “I’m a peanut butter-aholic. It’s the one vice I always have in my diet. I have to control my dosage though as it’s very easy to open a jar and before you know it you’ve eaten the lot.”

He also likes oat, egg whites, chocolate, and banana mixed together. Along with these staple foods, he’ll also make his own protein bars and other healthy snacks. One of them being: “the cinnamon swirl and using the same ingredients I made a pumpkin bar, super clean and unbelievably good – genius!” 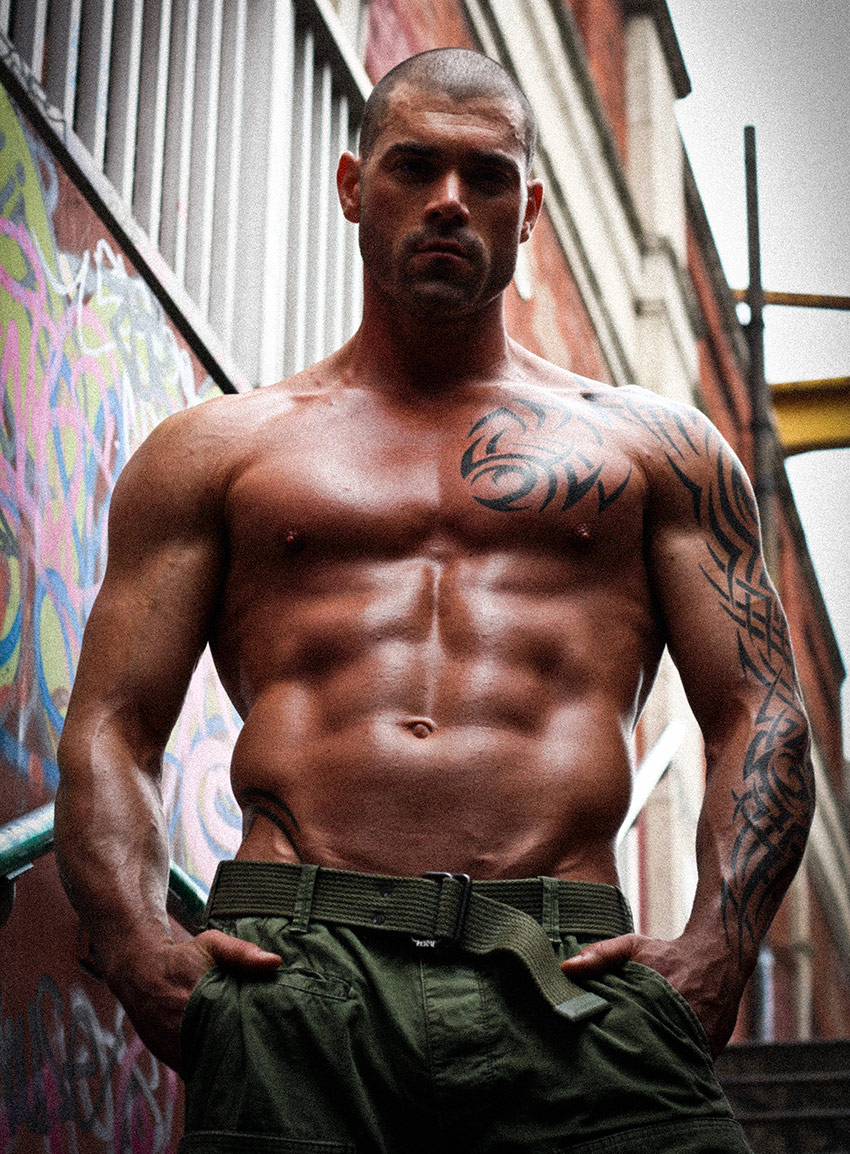 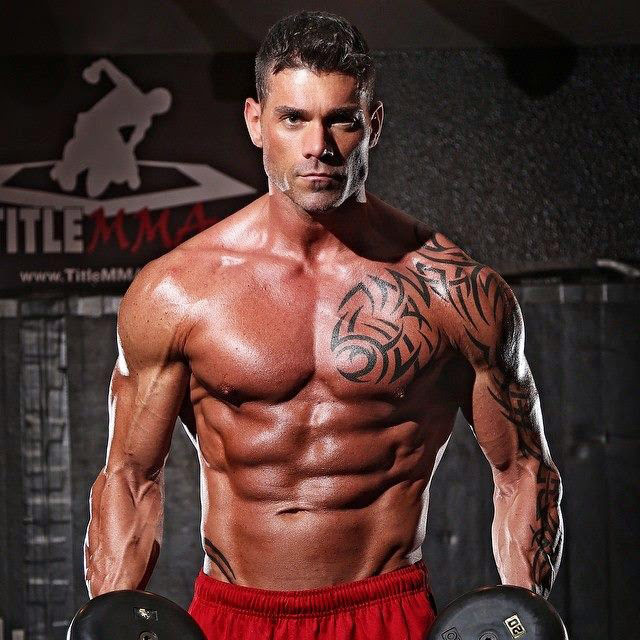 What we can learn from Olly Foster

Olly Foster started his fitness career as a young teenager taking part in cross-country. However, unsatisfied with his early attempts, he sourced the help of his father who took him to the gym, and showed him the basics of weight training to improve his fitness.

From there, he built up his strength, and size, while also excelling at rugby. He quickly became a semi Pro, where he traveled overseas to New Zealand and Australia, playing against some of the toughest rugby players in the world. After returning to the United Kingdom, he suffered an unforeseeable accident on the filed, which forced him to focus his attention on modelling.

With some ups and downs, Olly became a leading cover model and personal trainer. What we can learn form Olly is: no matter what obstacles you face along your journey, don’t give up, and keep moving forward just like Olly did, and you too can make your goals into a reality.

There are three pieces of information that Olly likes to give anyone looking to get into fitness, and create their best physique possible. His advise is: