ObesetoBeast, also known as John David Glaude, has one of the most inspirational weight-loss stories ever seen online. He went from over 360 lbs, to weighing just under 190 lbs.

John’s transformation started when he was 20 years old. While watching a TV show, and eating copious amounts of foods like he would usually do every night. However, this time, something “clicked” inside of him. John realized, if he kept living this lifestyle, he would end up dead soon enough.

After making a strong decision to change his life once and for all. John embarked on a long, and hard fitness journey. Beating the odds, John AKA: ObesetoBeast gradually lost all of his excess weight, transforming his life from the bottom up.

He’s since become an example for people all over the world. Inspiring them to ‘grab the life by the horns’, and never give up on their dreams. Here’s ObesetoBeast story: 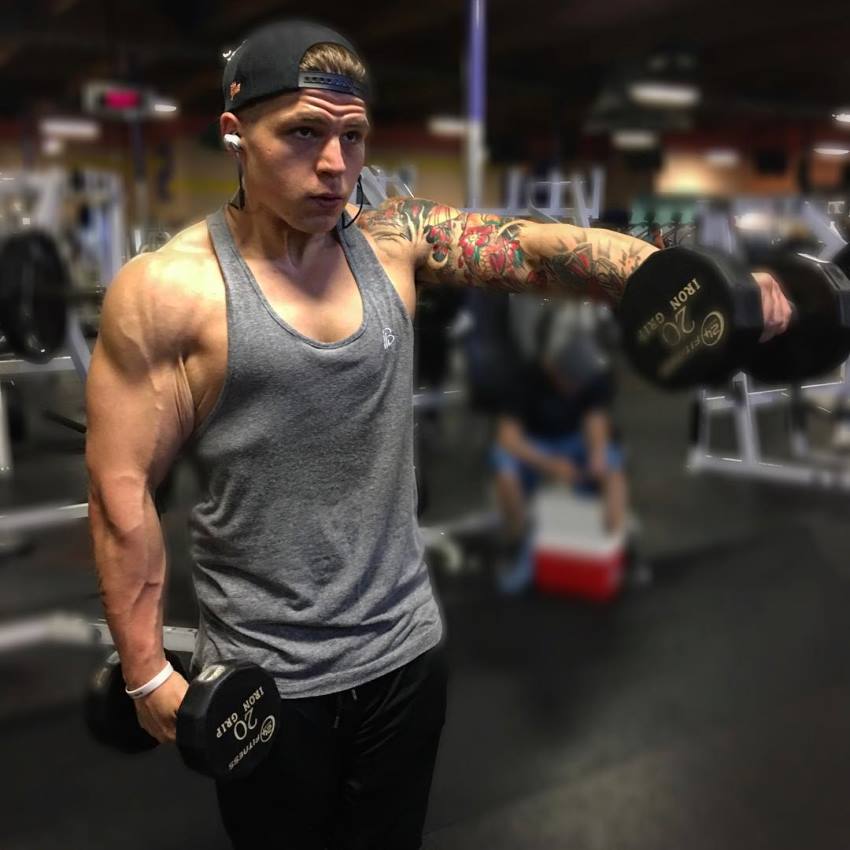 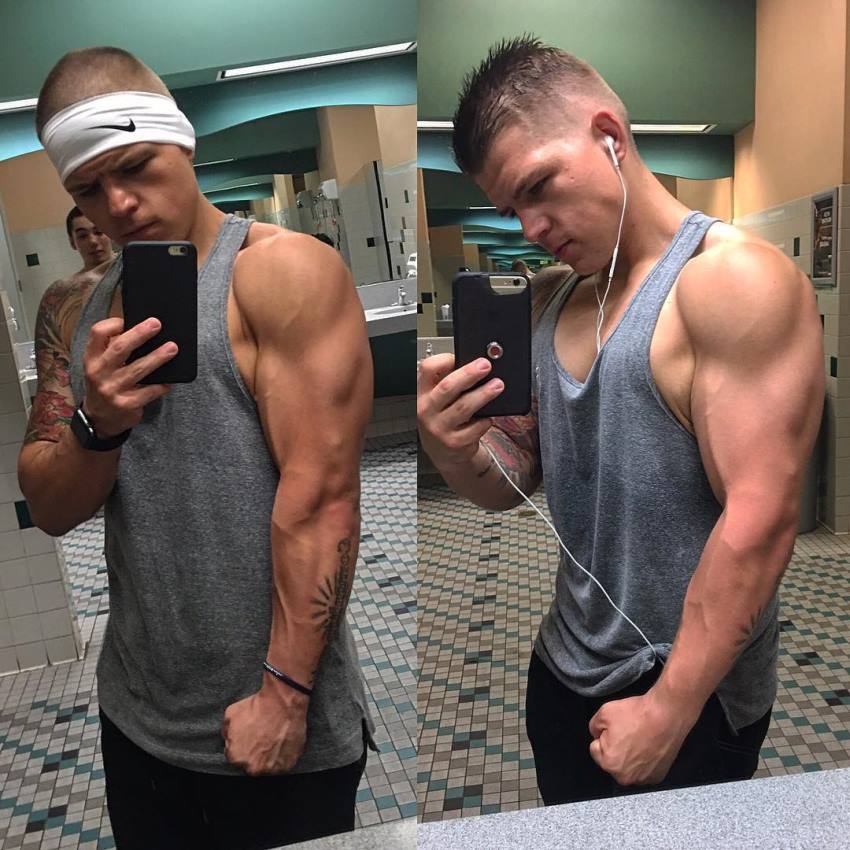 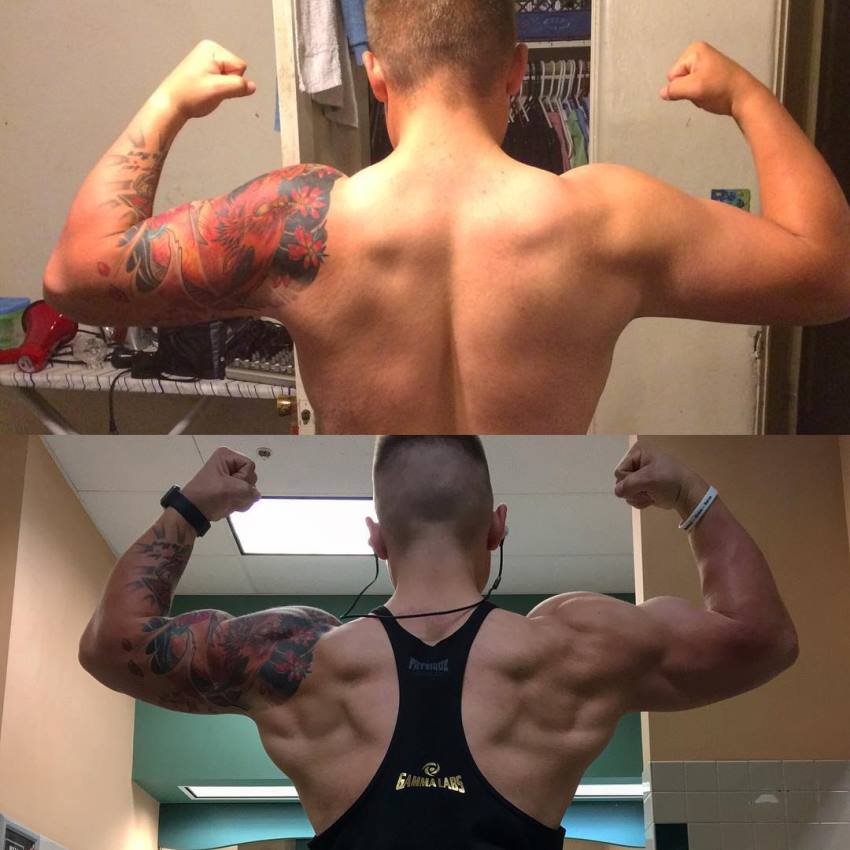 ObesetoBeast AKA: John David Glaude had a difficult start to his life. Throughout childhood and high school, John struggled with is weight.

At one point in his life, around the age of 20, John weighed just above 360 pounds. Here’s John describing his life back then; “The only time I ever left my house was to go to work, and then I would go back home and watch TV.

That’s all I did, and I hated it. I wouldn’t sit there and be “fat and happy.” I really hated it. And, I honestly didn’t think I could change. I didn’t think there was anything I could do. There were nights where I literally cried myself to sleep because I knew that I was killing myself every single time I ate—every time—and it scared me.” – ObesetoBeast

John would often try to go on a weight loss journey, but he would always give in to his old habits. It was “a never-ending loop”, as John describes.

The turning point in John’s life came one night while he watched a TV show at home. The show was about people who successfully lost weight, and John resonated with some of them.

John says how that night, something “clicked” inside of him, he knew that from there on – he was going to succeed.

I realized that I needed to do this for myself or I was going to die—at what, 35 years old? Maybe 450 pounds? I was scared, but I remember telling myself, ‘I might as well try my hardest, because I have nothing else.'” – ObesetoBeast

Fighting a battle with his own mind. John started lifting weights and watching the foods he ate carefully. He didn’t have any help, everything he did was on his own. 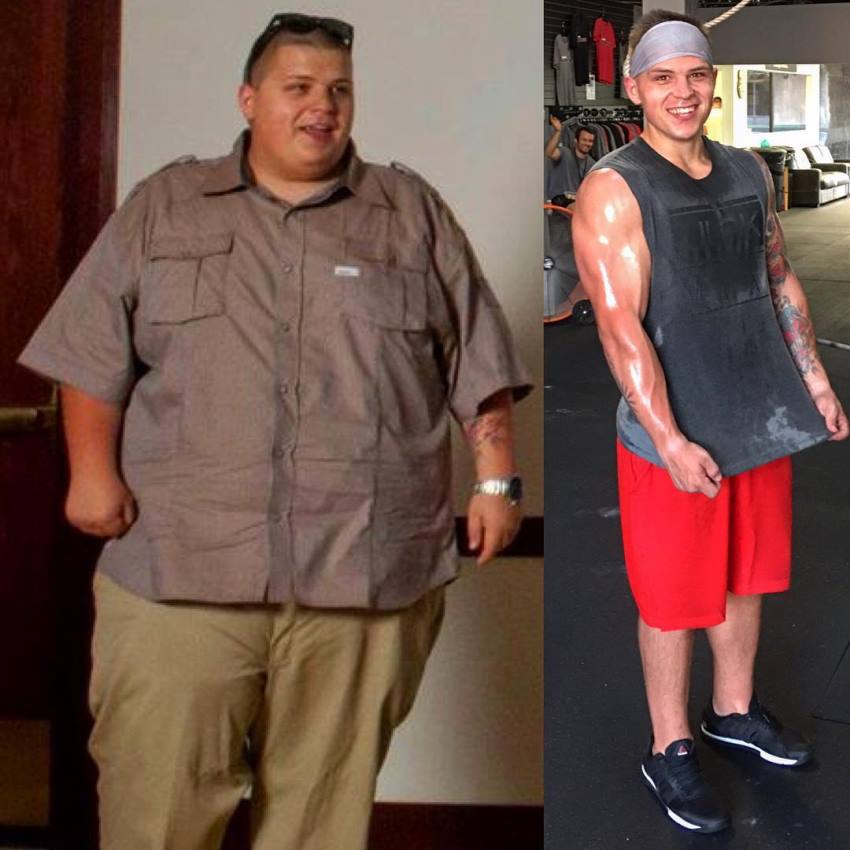 After years of uphill battles and hardships, John succeeded at his aim – he lost over 160 pounds of excess weight. More importantly, he says he proved to himself he could achieve anything he set his mind to.

However, with so much weight lost, John encountered another problem – loose skin. At first, it bothered him a lot. But after some time, John fully accepted his loose skin, and in fact, became proud of it – seeing it as his “battle scar.” 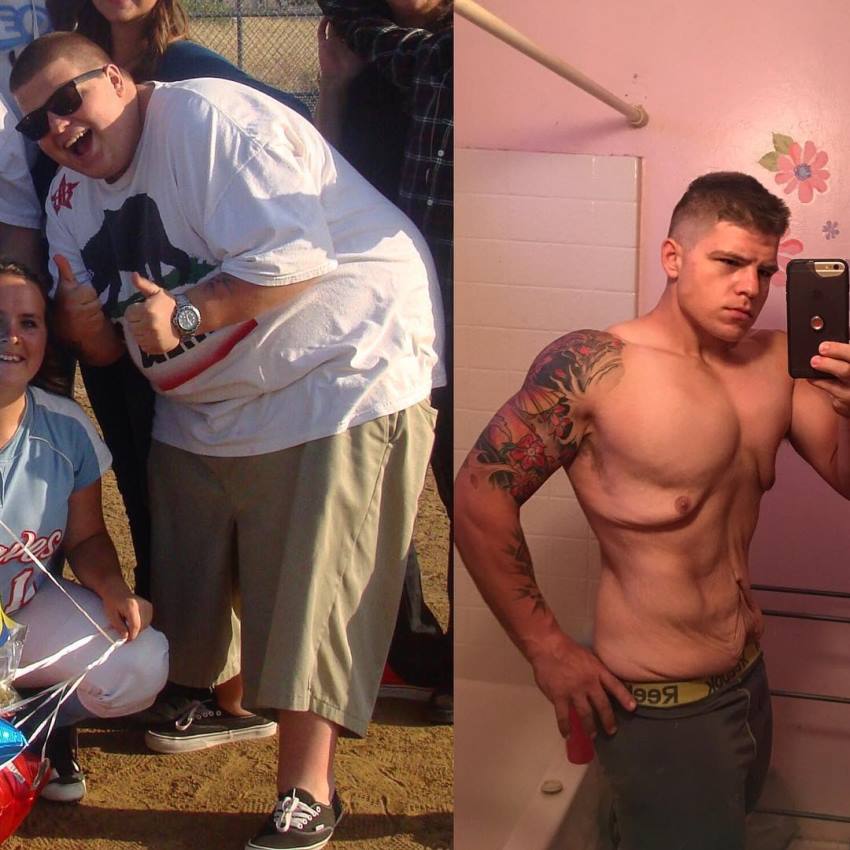 After making his own transformation, John decided to share his message with the world to help others do the same.

He created a number of internet profiles where he uploaded videos and pictures of his incredible transformation.

However, John’s first major online breakthrough came when he uploaded a video called “My Biggest Insecurity: Loose Skin”. The video became viral in a short space of time, and John became an internet sensation.

Since then, John has grown even more in popularity. People have resonated with the ObesetoBeast story, starting their own transformational journeys towards a better, and happier life. 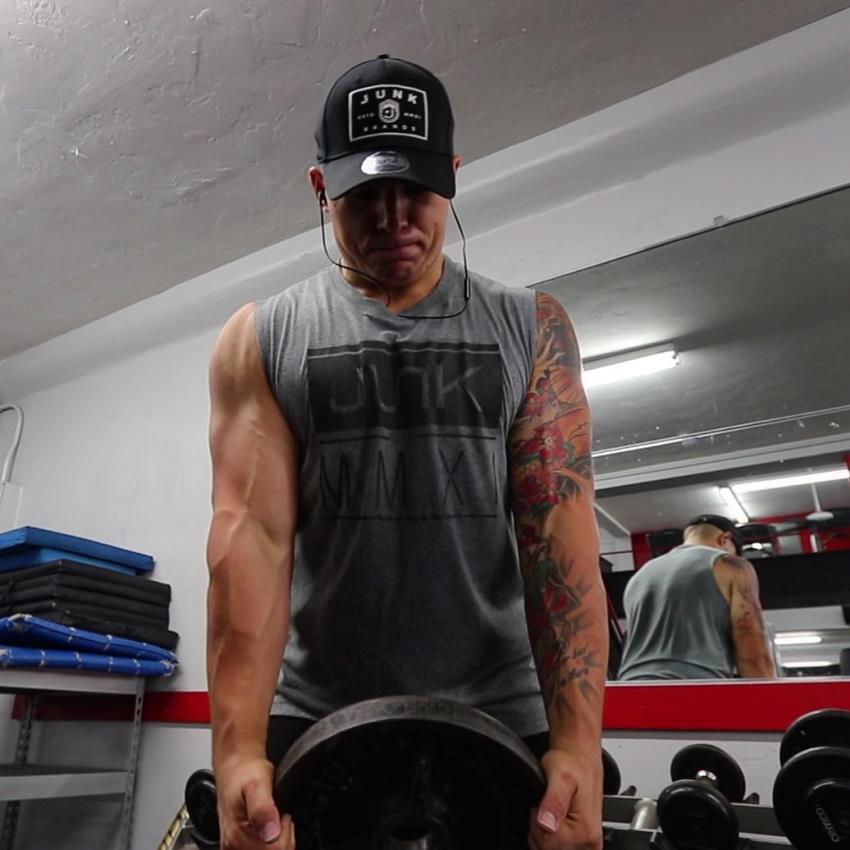 Changes in Training Over the Years

When John first took on the fitness lifestyle. He would do a lot of cardio and body weight exercises. His workout routine back then would look something like this;

John would do little, if any weight training, and as a result, he didn’t lose much weight. However, once he changed his training to a more strength-based, he quickly started to see results. 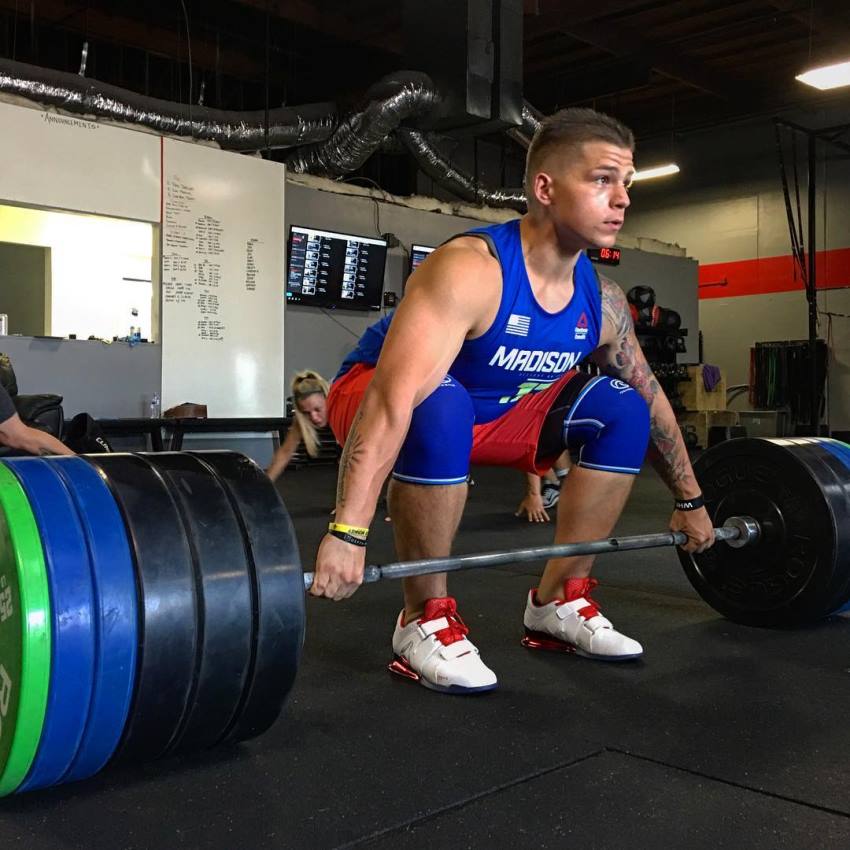 Nowadays, John’s workout routine looks completely different than when he first started out. Here’s an example of his weekly training program;

Tuesday: Back, Biceps and Triceps 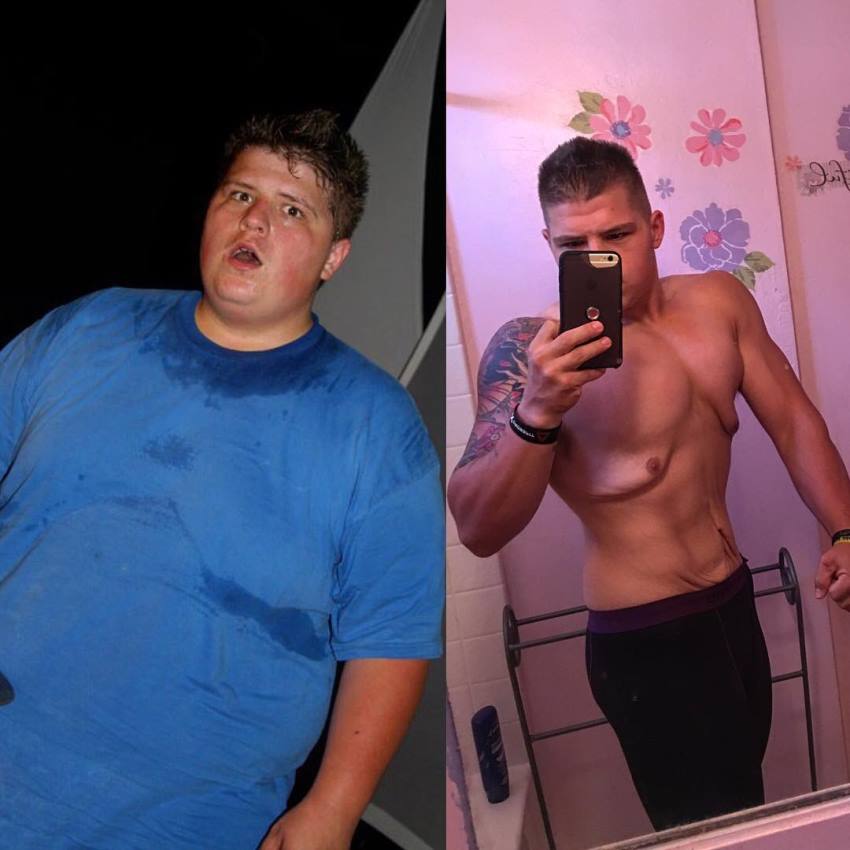 “If you follow me on social media, you will know that I keep all of my meals very similar during the week. For me, it’s easier to stay on track, and I like that I know how I’ll feel after I eat it!”

One of the biggest challenges in John’s transformation was changing his diet. He loved to eat a lot of Mexican food, but he had to give it up in order to lose weight.

He began replacing processed and high-calorie meals with healthy food options. Such as oatmeal and banana for breakfast, chicken breast for lunch, and lean turkey meat with vegetables for dinner.

He also incorporated healthy fats and oils in his diet, to help raise his testosterone, and burn fat even faster.

Total calories: under 320, high in protein, low in carbs 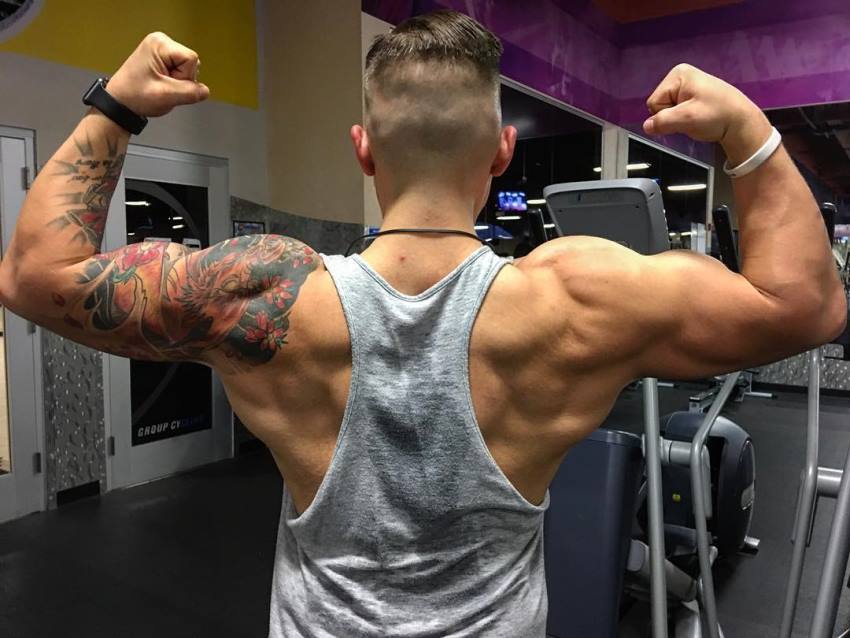 Here’s a full day of eating for ObesetoBeast; 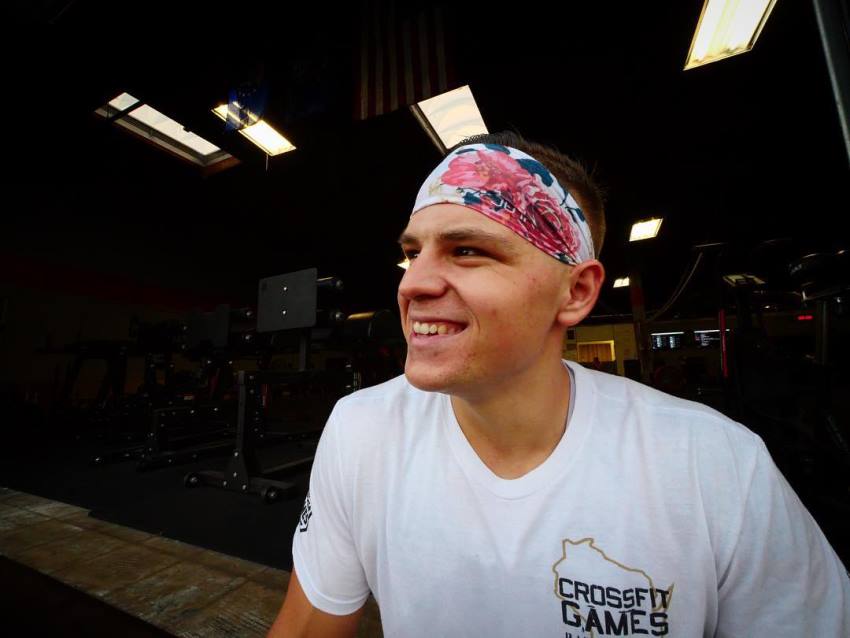 “I think one of the coolest things about my weight loss journey is the fact that I literally am living out my dreams every single day! I’m not sure about anyone else, but I personally use to legitimately dream at night about being fit. Now I live that every single day!”

John’s biggest motivation on his fitness journey is the positive feedback he received from people in his gym, and online.

During his early transformational days, John was sometimes approached by people in his local gym.

They saw the hard and consistent work John had put in, and they commended him for doing an awesome job. Because of this, John was inspired to train even harder. 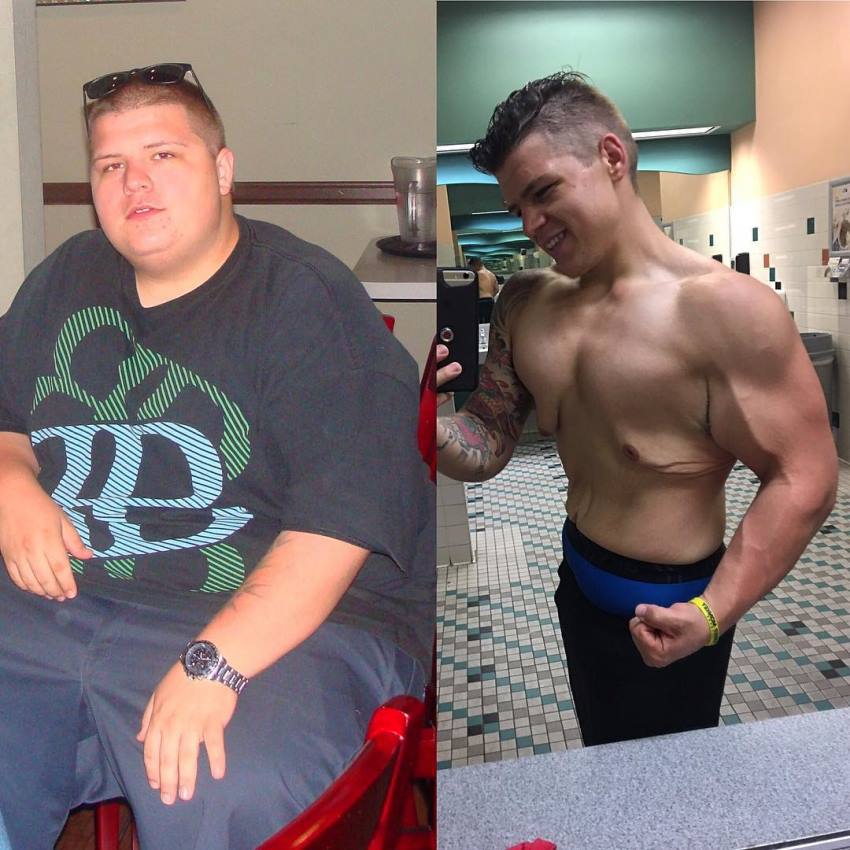 “Even though I put myself out there to thousands of people on a daily basis, I still really struggle with social anxiety. I have been doing my best to cope with it, but sometimes I can get incredibly frustrated with myself.”

What we can learn from ObesetoBeast

Looking at the ObesetoBeast story, it’s clear that losing an excess weight is never an easy task. However, losing as much weight as John did is worth admiration, and respect.

Through his hard work and his example, John AKA: ObesetoBeast has shown us there is no limit to your potential. If John could lose over 160 lbs in just under 13 months, you also can achieve any goal you set for yourself.