Noah Ohlsen was born into a life of sports. He was always an athletic and fit person who loved to partake in different activities in school.

By the time he entered college, Noah gradually developed new ambitions and goals. Although the sports he played provided him with an outlet for his energetic and lively nature, they didn’t really help him build the aesthetic physique that he wanted.

Ultimately, Noah discovered CrossFit and all the benefits that it offered, and he was instantly ‘sold‘ to the sport. Coached by his mentor and friend Guido Trinidad, he has since gone on to become one of the most recognized names in CrossFit. 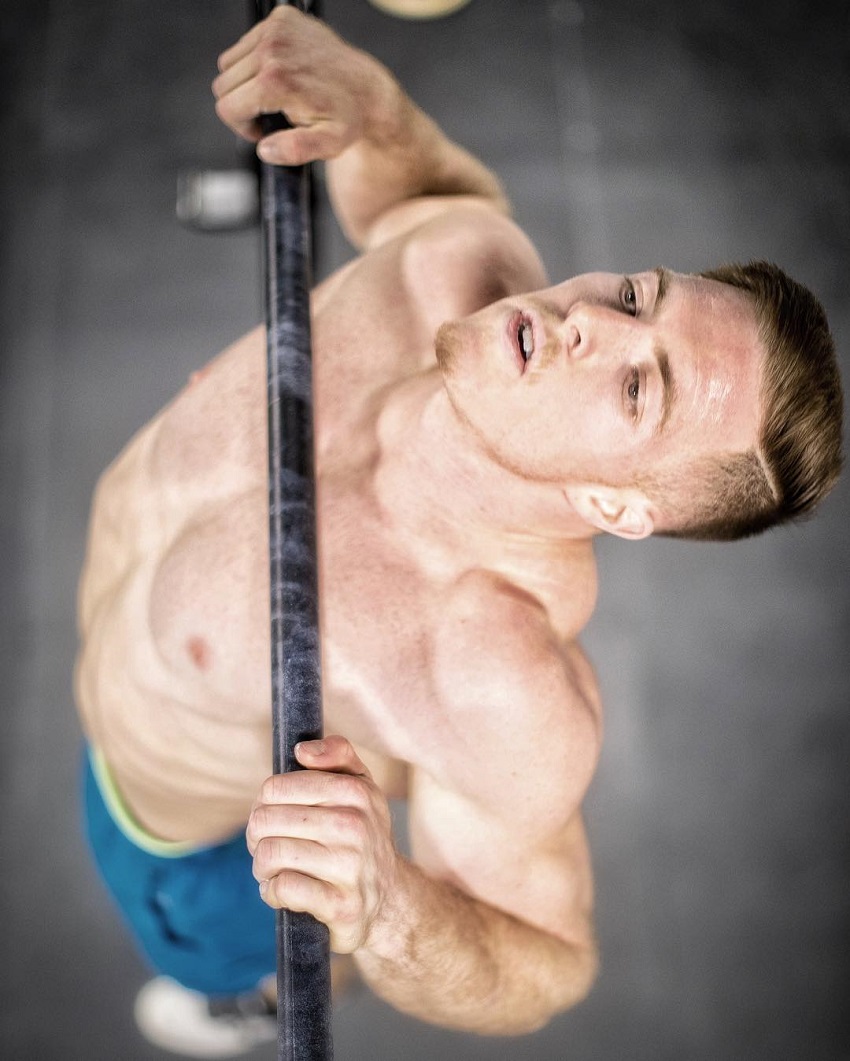 “I’ve changed so so much in so many ways! From physical to emotional to mental, everything seems like it went on the up and up since I got into CrossFit. My cardio, my strength, my gymnastics, and body control.” 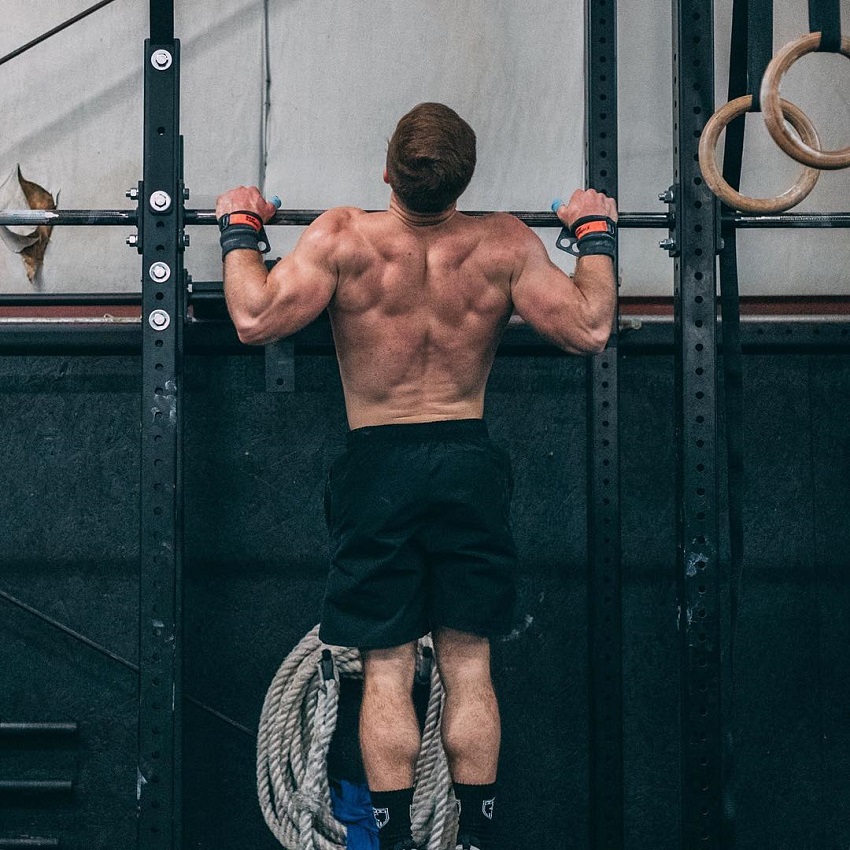 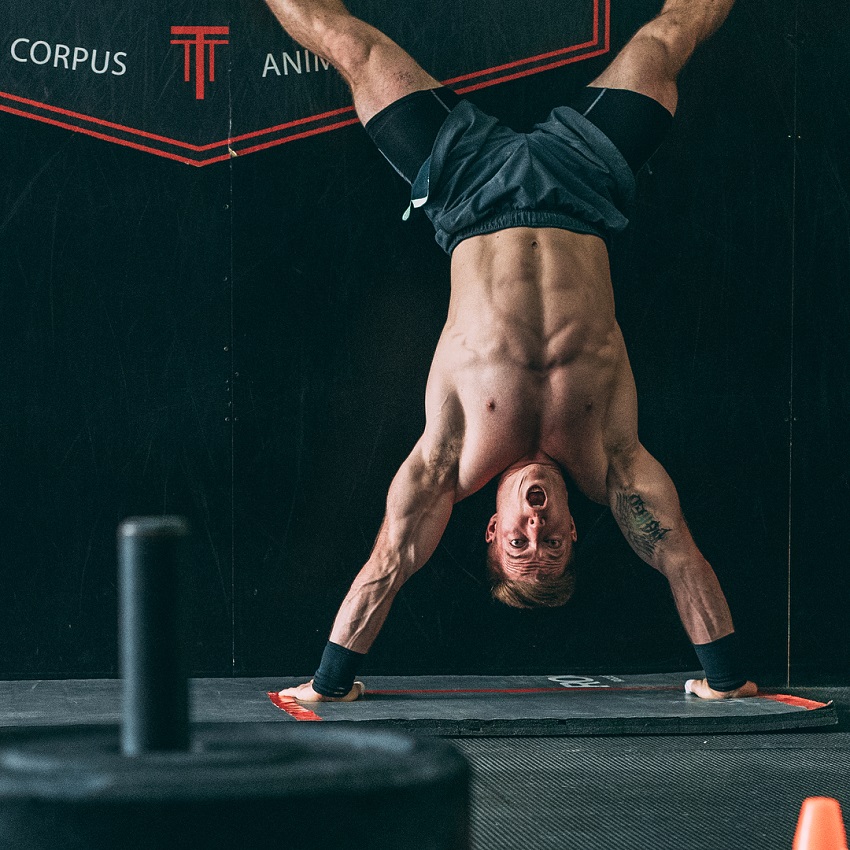 From Athletics to CrossFit

Noah Ohlsen has always been an active and athletic individual. However, it wasn’t until college when his interest in sports turned into something more. After seeing a poster of a muscular CrossFit athlete, Noah became inspired to try the sport himself.

“I was always pretty into health and fitness, and in my early college years it was all about aesthetics. So when I saw a poster advertising a CrossFit gym with a jacked dude on the front, I was interested.”

Noah became coached by the very person he saw on that poster, Guido Trinidad. After experiencing his first CrossFit training class, he was “hooked”.

Noah’s career has blossomed throughout the years – he’s become a renowned athlete and social media star. He continues to display extraordinary performances and results in CrossFit competitions. Alongside inspiring countless individuals with his pictures online – just like he was once inspired by his coach, Gudio. 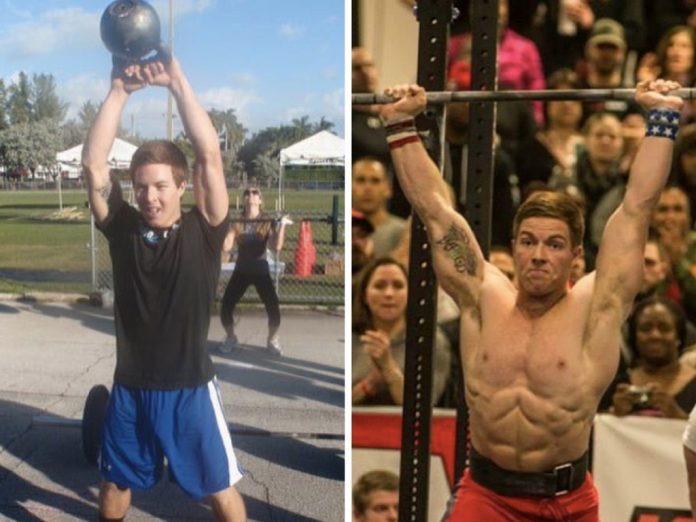 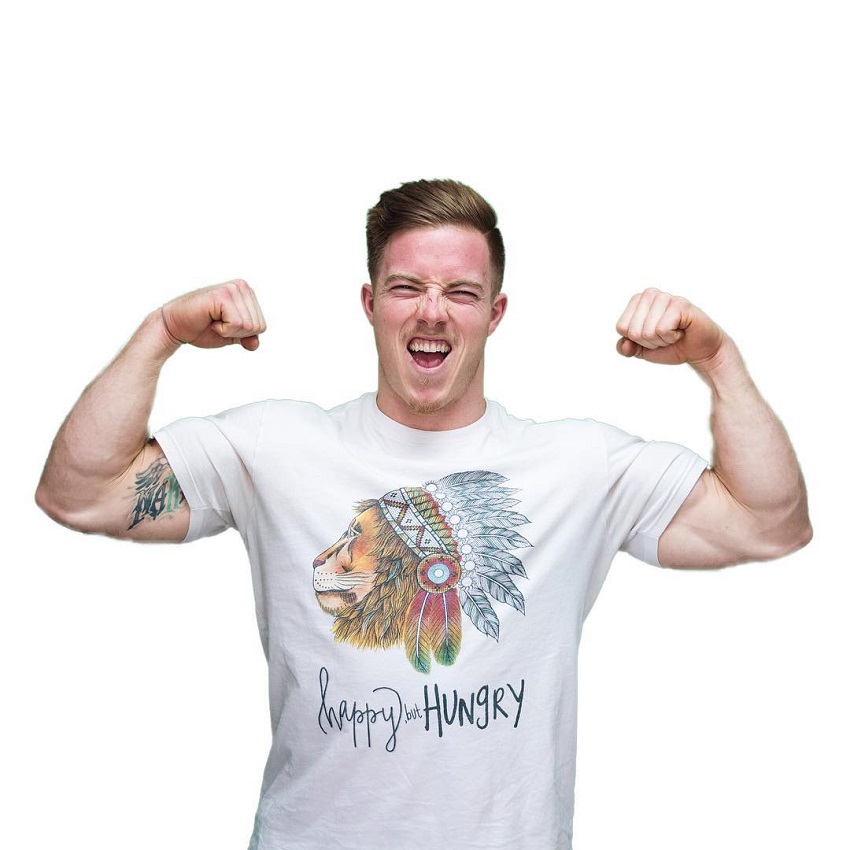 Noah Ohlsen is a highly successful CrossFit athlete, and with that success also comes sacrifices that he has to make every day.

This includes training five days per week for 5-6 hours, split into 2-3 training sessions per day. It’s clear that the amount of dedication it takes to reach the same level as Noah is extremely high.

But while he trains hard and intense, Noah also knows when to take a break. When he isn’t competing, Noah will take two weeks off from training to let his body fully recover. This helps him maintain a physique that’s both healthy and strong, year after year.

When it comes to his favorite exercises, Noah says it’s the snatch; “I love the snatch because it’s such a fast, powerful, pretty, and technical lift. There’s not a whole lot of room for error and everything has to be timed just right to hit a big lift.” – Noah Ohlsen 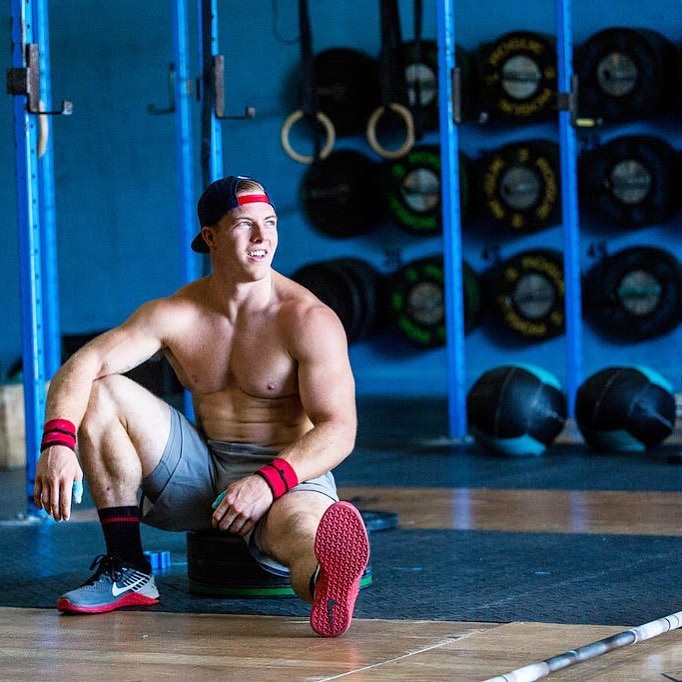 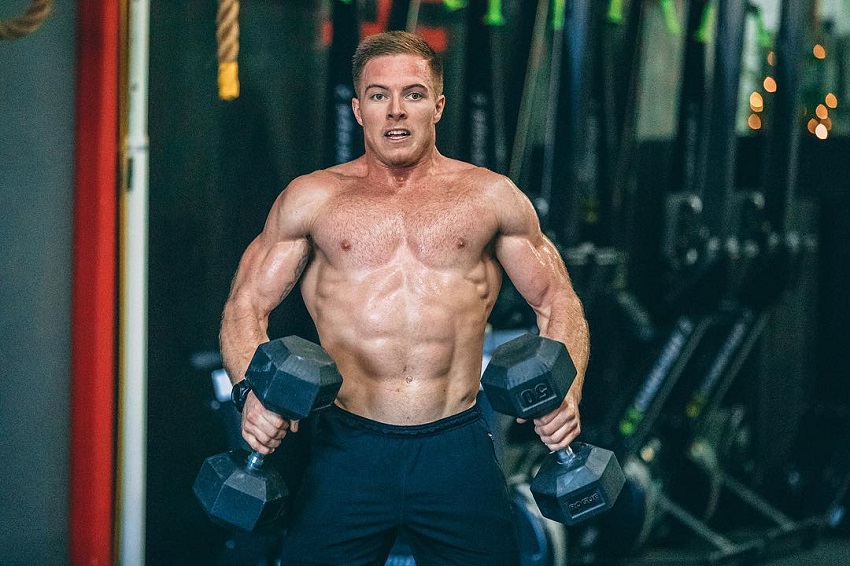 When Noah started his CrossFit journey in 2010, he weighed 155lbs. In order to gain strength and muscle size, his coach put him on a simple diet program where Noah drank up to a gallon of milk per day. He did this for four weeks, and was able to gain a substantial amount of weight.

Nowadays, Noah’s diet is a little more structured. He eats several meals per day, each consisting of an ideal ratio of macronutrients. By the end of the day, Noah will eat 200grams of proteins, 400-500 grams of carbs, and 100 grams of fat. This all amounts to around 4,000 calories per day.

With a diet like this, Noah has been able to gain over 40 lbs of muscle during his time in CrossFit. 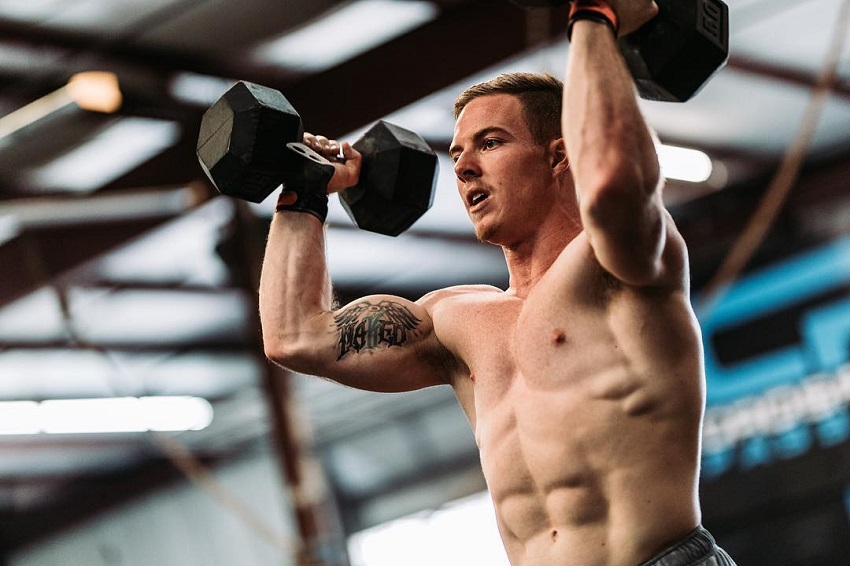 One of Noah’s influences is his coach Guido Trinidad. Noah first saw him on a CrossFit poster, and he became inspired to try the sport himself.

“I’ve never had a sport hero or inspiration aside from my dad until I met Guido Trinidad.” 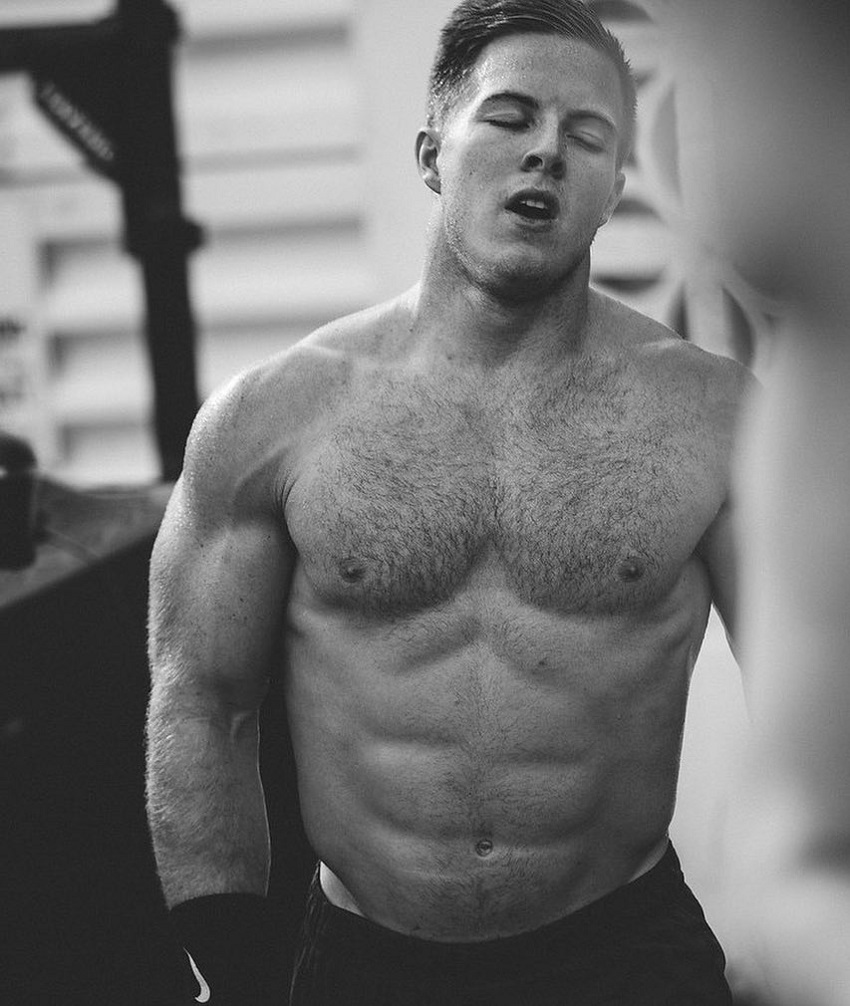 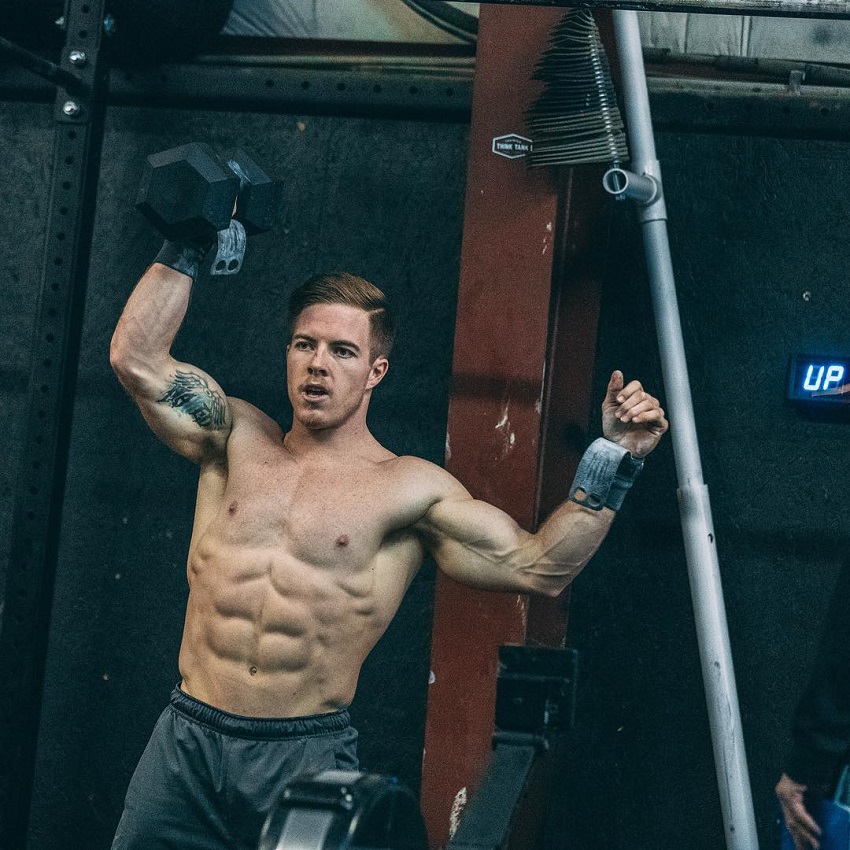 What we can learn from Noah Ohlsen

What we can learn from Noah Ohlsen is that hard work pays off in anything that you do. If you want to reach success, you’ll have to ‘dig through the dirt’ and work hard to make your dreams a reality.

For Noah, this meant working out for up to six hours per day, five days per week. Along with taking a great care of his nutrition and sleep. It’s a lifestyle with many sacrifices, but one that brings enormous rewards for people who love it.

Whatever your passion is, remember to stay committed to it. With dedication, perseverance, and willing to sacrifice certain things in your life, you too can reach greatness – just like Noah Ohlsen.