California-born Neal Maddox was into sports from a young age. In high school, he broke weightlifting records. And in college, he became an NFL player and training coach.

But, it wasn’t all blue skies for Neal. During his time as an NFL player, he suffered from numerous injuries. Although the NFL was his ultimate dream, the injuries forced him to abandon it, and start a new chapter in his life – CrossFit. 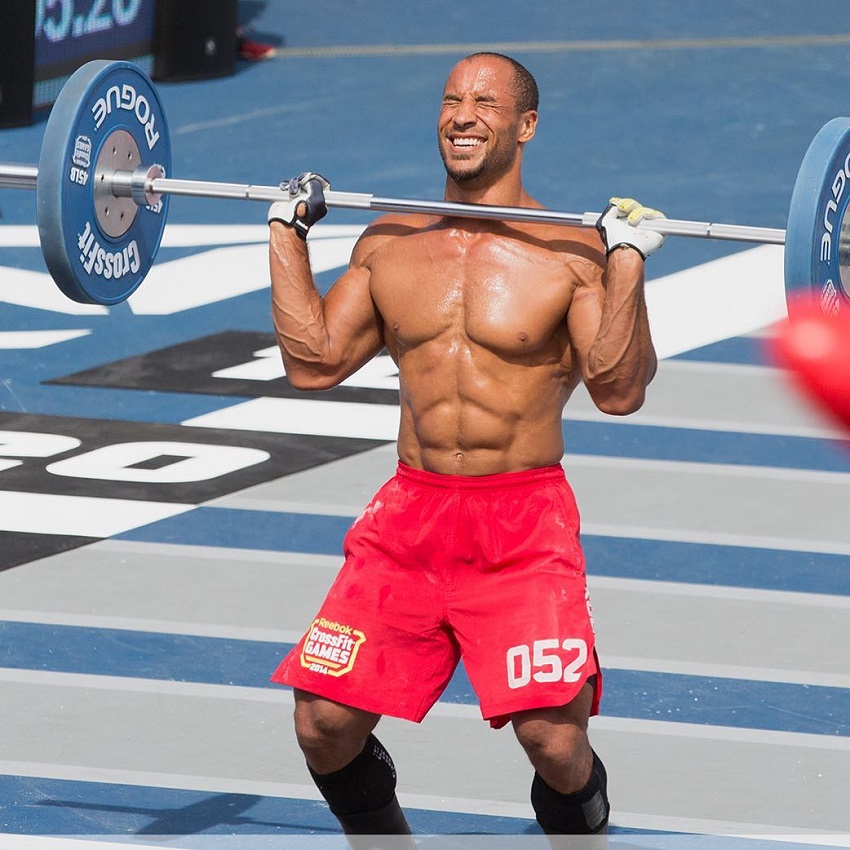 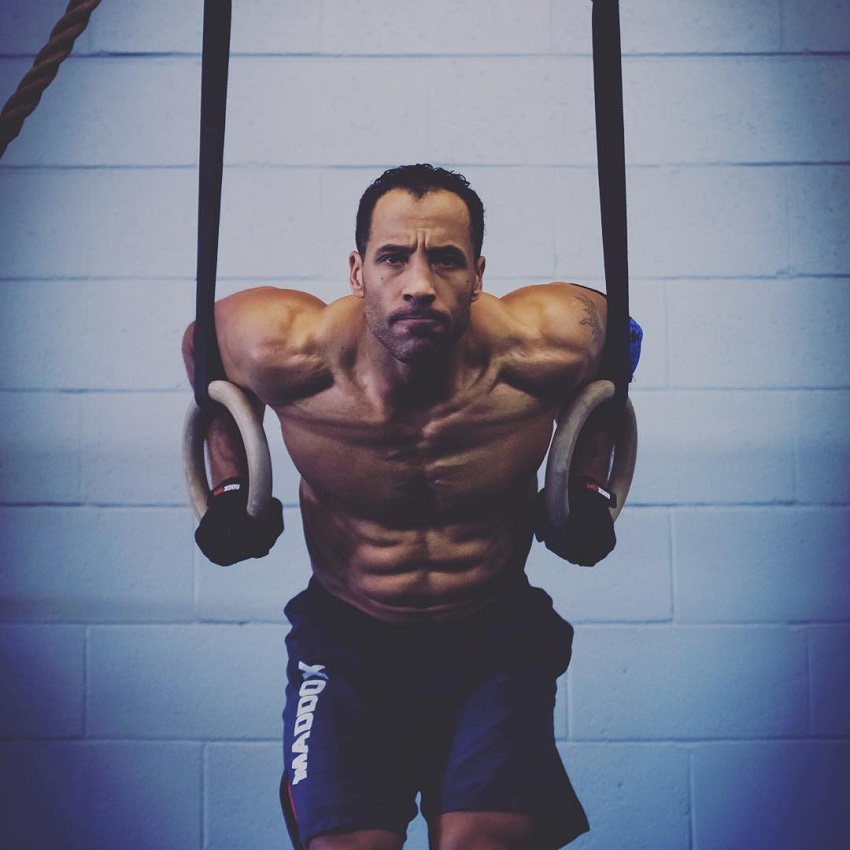 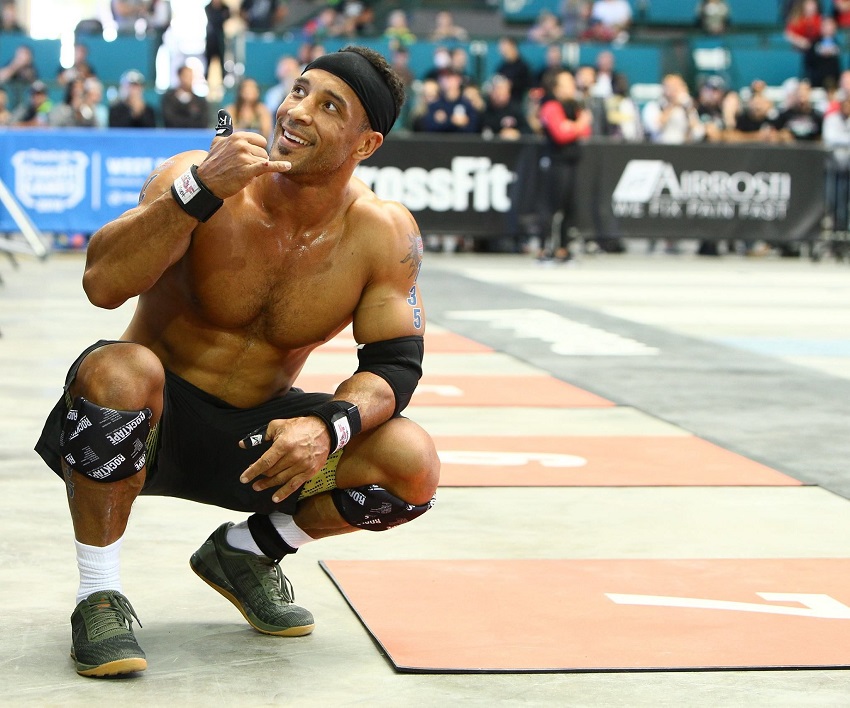 Neal Maddox has always had that innate passion for sports in him. During school and all the way through college, he was one of the top athletes in his teams.

Neal held most of the lifting records, and naturally, this made him popular amongst his peers who asked him for training advice.

Before he knew it, Neal’s passion for coaching was born.

Neal began his coaching career during college. He started out by working with individuals with Multiple Sclerosis, Down syndrome, and other disabilities.

As the word about his great work spread, Neal was invited to help develop a Physical Education curriculum for a few primary schools in Oregon.

Around this time, Neal graduated from college with a B.S. in exercise science. From there, he opened a new chapter in his life by joining the NFL, in addition to being a coach.

Neal’s childhood dream was now turning into a reality. 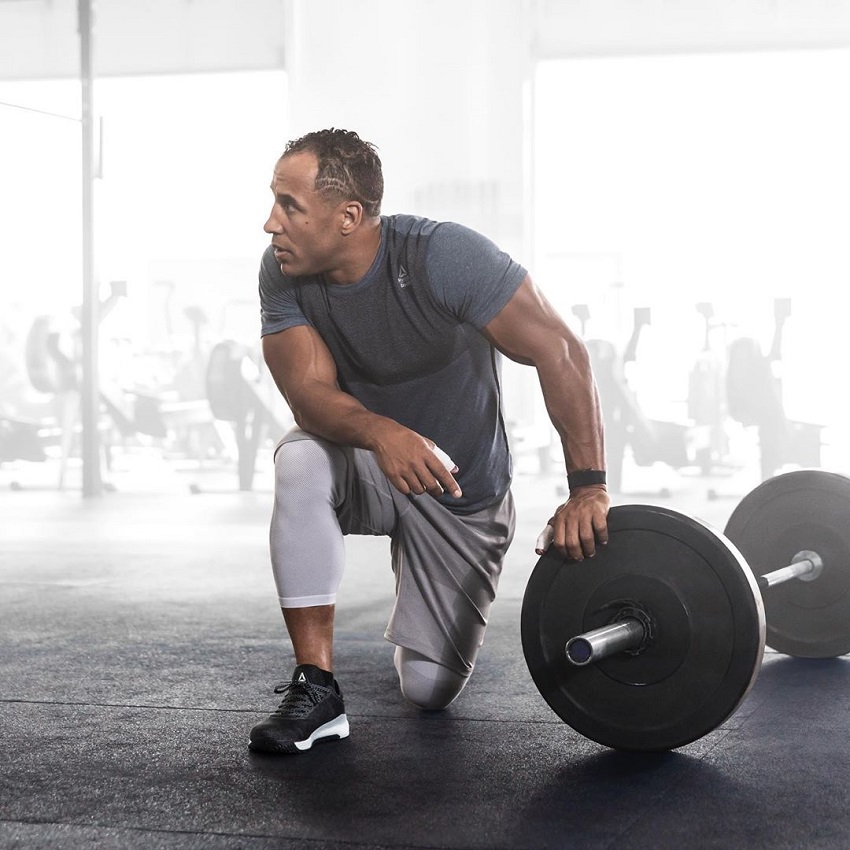 Initially, Neal was excited to start a career in the NFL. But the excitement was short lived.

Over the months of playing in the NFL, Neal picked up some serious injuries. This lead to his early exit from the sport.

Needless to say, Neal was far from happy for having to cut his NFL career short. But he moved on and decided to shift his focus to coaching – going all in this time.

Shortly after this, Neal went on to become a head fitness director at a well-known gym. There, he worked on developing other personal trainers as well as coaching clients himself.

As Neal’s name within fitness coaching circles grew, so did his ambitions. In 2006 he decided to open his own fitness facility.

Neal also began coaching high school athletes. Some of them ended up going to the NFL themselves.

In 2009, Neal took on a new challenge in the form of CrossFit, after hearing about the sport from a friend. The competitive nature of CrossFit, as well as sheer mental and physical challenges, were fascinating to Neal.

So much so that he went on to earn his CrossFit certifications, along with becoming a judge in the 2009 Crossfit Games in California. A year later, Neal became a CrossFit competitor himself by taking part in his very first CrossFit Games.

For the next 6 years, Neal continued competing in the sport along with growing his name as a coach. He qualified for the CrossFit Games multiple times and was the oldest individual athlete each year. 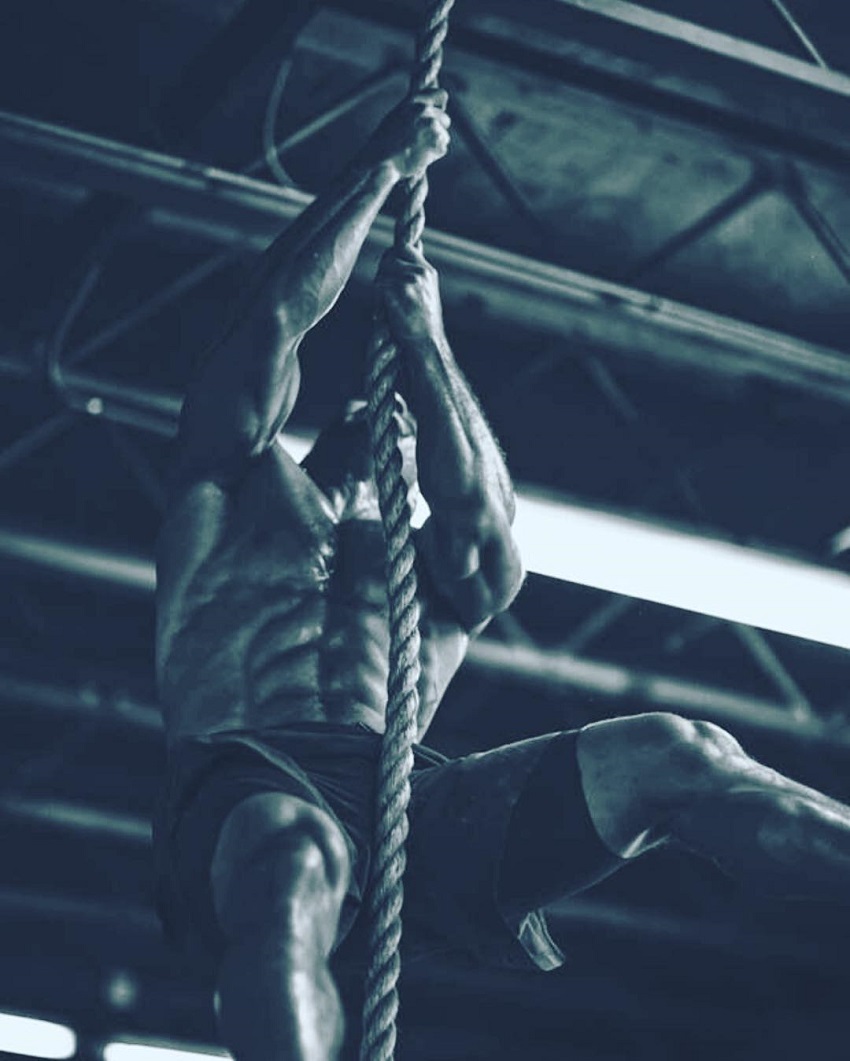 By 2013, Neal had become a well-known face in the CrossFit industry. Both as a competitor and training instructor.

He went on to coach over 150 seminars over the next few years, along with making a positive impact on many people’s lives with his personal training.

Even though Neal has reached incredible heights ever since the beginning of his journey, he’s always looking to achieve more.

Despite facing numerous setbacks, such as constant injuries, Neal has always made the best out of every given situation.

His story is without a doubt a source of inspiration for anyone looking to push past their own adversities in life. 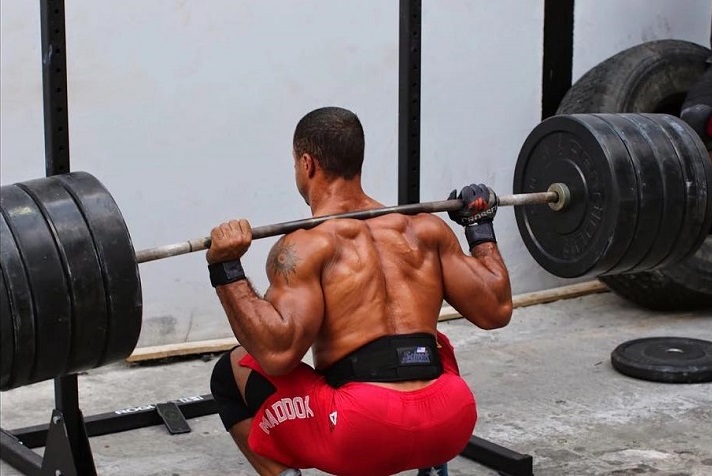 CrossFit athletes like Neal mainly train in the gym, but also do other types of exercises. These include cardio, HIIT, and other drills typical to CrossFitters.

To build raw strength and size, Neal will focus on heavy and compound lifts. As these exercises are very time-efficient, Neal can easily finish an entire workout in less than 60 minutes. However, it’s not unusual for him to train over 3 hours per day when preparing for a CrossFit contest.

As he became more experienced in the matters of physical training, Neal started to prioritize his recovery more and more. Getting 7-8 hours of sleep per night, taking more time off between sets, and stretching are just some of the ways he gives his body room to breathe.

“I get 6-8 hours of sleep a night. If I can’t sleep good at night, then I take a nap during the day. I know how to shut off my mind and let my body rest. It’s a very crucial part of the recovery process, especially now since I’m older.” – Neal Maddox 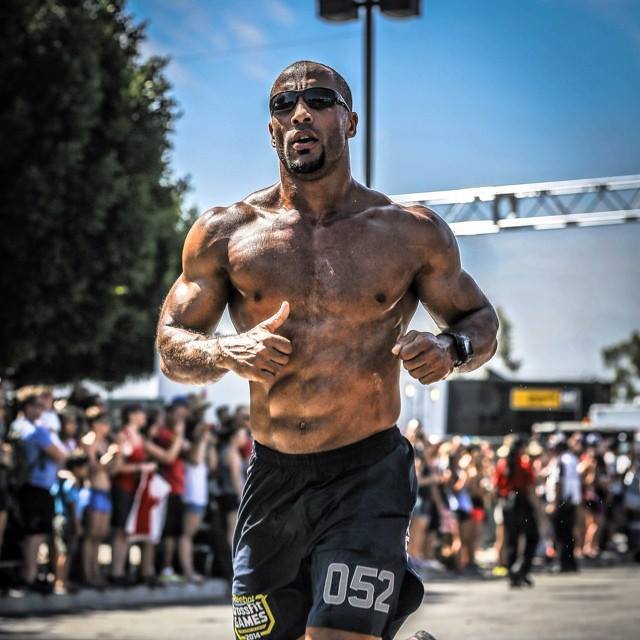 Not Shying Away From Carbs

Neal doesn’t follow any specific diet. Instead, in his words, “I eat to train.”

As someone who works out for up to several hours per day, Neal needs those carbs, fats, proteins, and as he says, “extra carbs.”

Due to the sheer volume and intensity of his training, he burns through just about anything he eats.

Neal says that he knows people who are strict with their diets, but he is the opposite. Being a part-Italian he loves pasta and loads on carbs every day. As long as he gets an abundance of energy from what he eats, that’s all that matters for Neal. And looking at his physique, this approach certainly works for him. 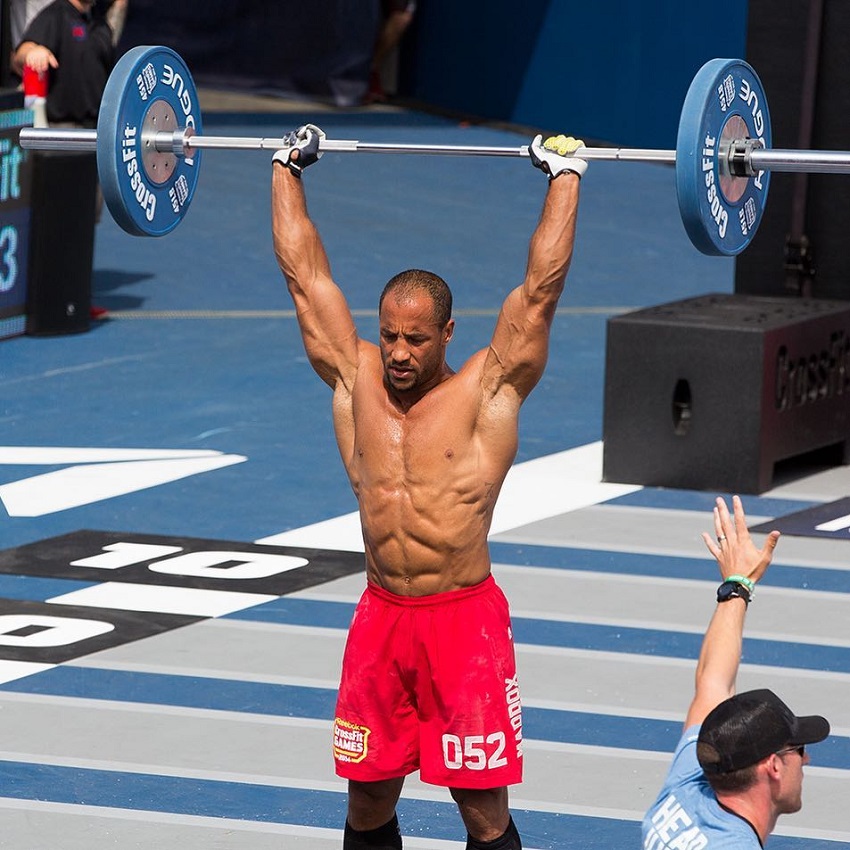 Neal is influenced by making an impact on others, and by witnessing his own transformation in the mirror.

Growing up, Neal says he had nothing. He had to work hard to earn the success he now enjoys. For Neal, the prize is fantastic, but it’s the process and hard work that keeps the fire ignited inside of him. 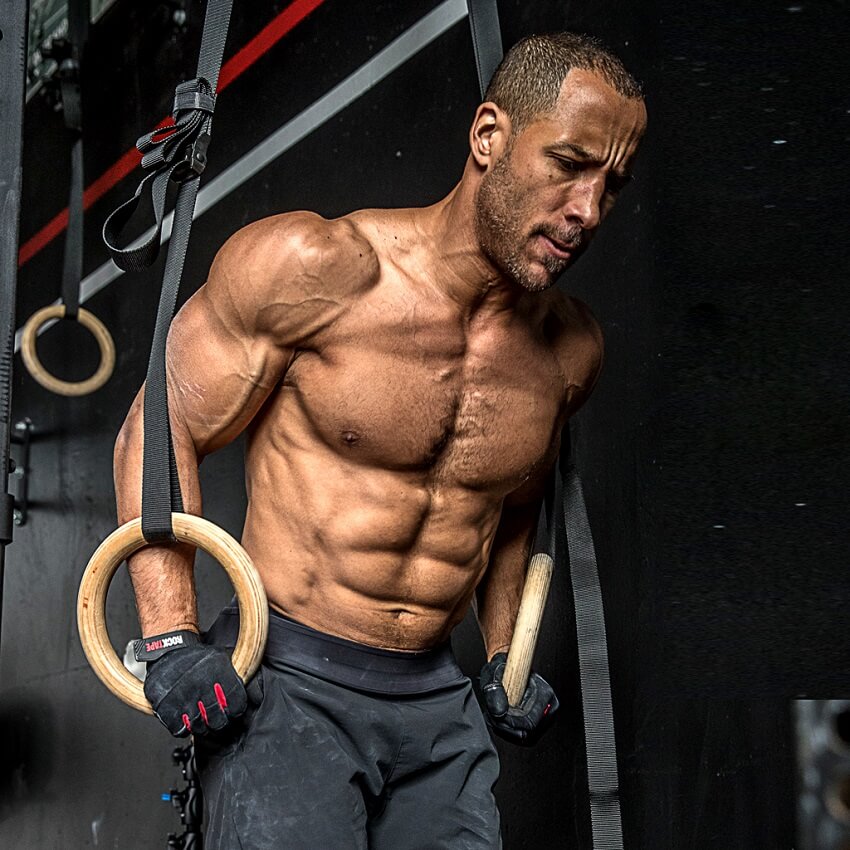 What we can learn from Neal Maddox

If there’s something to learn from Neal Maddox, it would be the good old fashioned “hard work.” According to Neal, that’s the only true secret to success. He says he had nothing going for him except his ability to “work my ass off” day in and day out.

The lesson we can take away from his story is to give your all in everything you do. Another lesson is to enjoy the ride, not just the end goal. This is how you too can reach true greatness.