Born and raised in Hamilton, Ontario, Mike Raso is a certified nutritionist and fitness athlete. He competes in bodybuilding shows across North America; where he’s won a number of regional titles.

While Mike is a successful athlete with an incredible physique today, he wasn’t always leading this kind of lifestyle. It wasn’t until 2010, at 23 years old, when he decided to start going to the gym so he could build a better-looking body, and become more confident.

However, Mike says that with time he realized there was much more to fitness than just building muscle and looking good. It slowly became part of him as the years went by, and now, Mike says he can’t imagine his life without exercise and a healthy diet.

Mike continues to lead with his example; showing his followers that transformation is possible, with enough time and effort. This is his story: 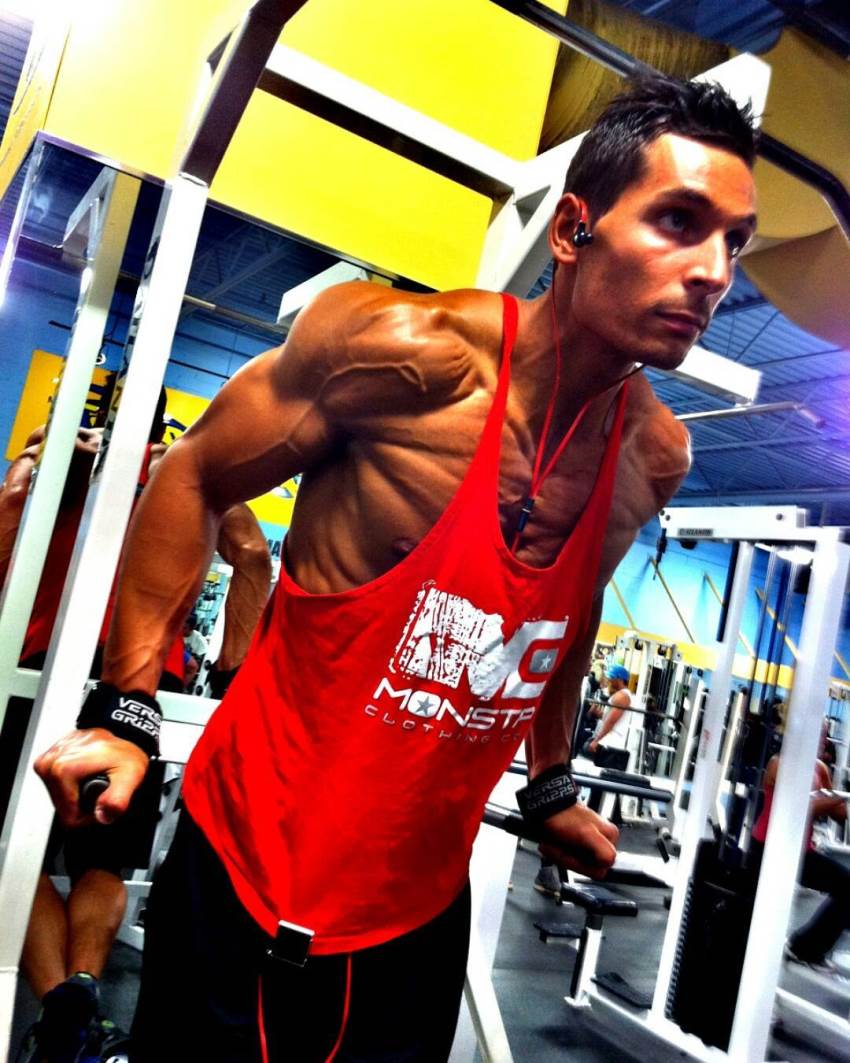 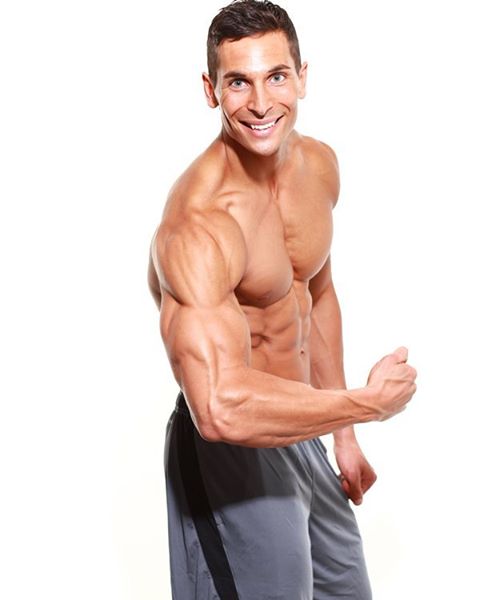 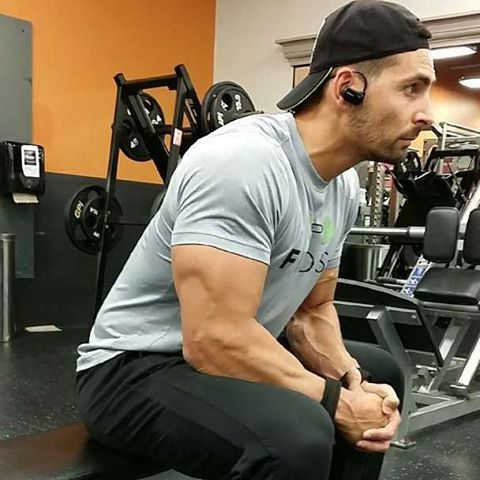 Mike Raso started his weightlifting journey after he finished high school. As Mike said, it was; “to add some structure into my life, and I wanted to get healthy and gain some confidence.”

Mike credits his cousin for helping him with the basics of weight training. He taught Mike how to perform all of the movements and exercises with the correct form. Mike believes that learning form, before adding extra weight is what got him the results he wanted. This also helped him to avoid injuries in the process.

After a couple of months in the gym, Mike began noticing significant increases in his strength. As he said, a squat of 60 kg that was once heavy for him became his ‘warm-up set’ over time.

Mike’s increase in strength was soon followed by an increase in his muscle mass – and this is what “sparked the fire” inside of him. Having noticed his body change, Mike was instantly “sold” to the fitness lifestyle.

“Quickly, this became a passion and I felt like I found something that really pushed me physically and mentally.”

However, it wasn’t until a couple of years later, when Mike started chasing fitness as a full-time occupation that things started improving for him. That’s when he was approached by photographers who were fascinated by his “shredded” physique – they wanted Mike to feature in articles for their fitness magazines. 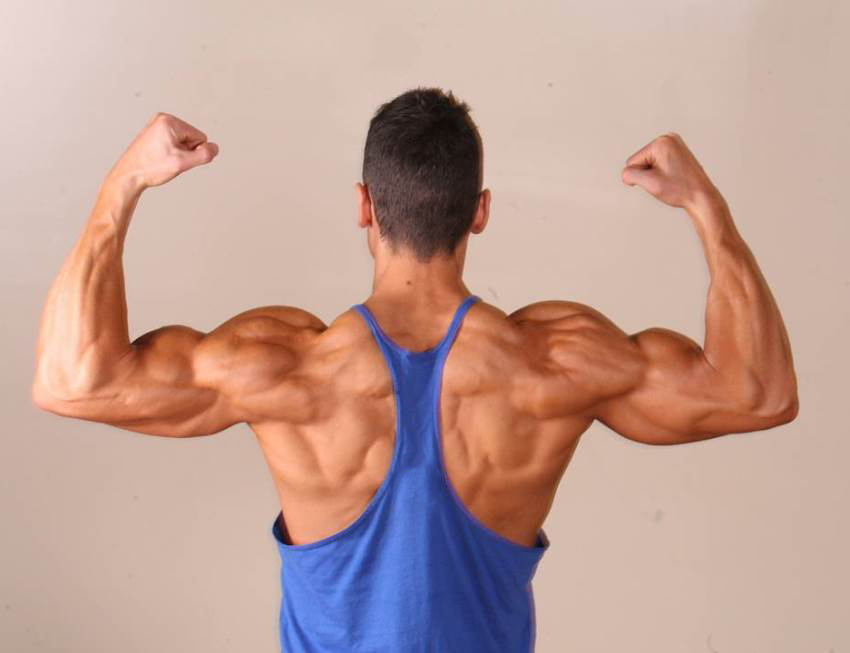 Talking about his beginnings in fitness photography, Mike said; “Once I started seeing myself published in magazines, it created a fire inside of me to keep living out this dream.”

However, fitness modeling wasn’t the only part of Mike’s dream; he also started gaining interest in bodybuilding shows. As he was already photo shoot ready, it didn’t take him long to strip away any last bits of excess body fat, and get ready for his first competition.

Since his victory at the Stranford Championships, Mike has become a successful bodybuilder, and a certified nutritionist.

Nowadays, he helps his online clients transform their bodies through coaching. 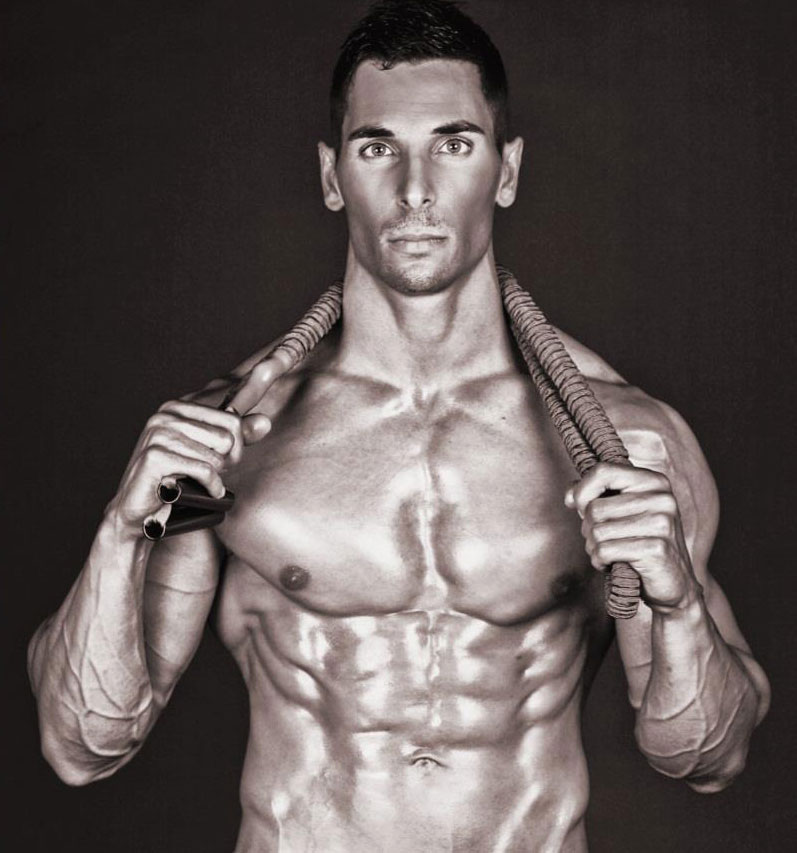 Mike’s training routine is based on working out one body part per day, training 4-6 times per week. One of those days is dedicated to his weaker body parts.

“I am always changing my workouts—some days I’ll do 6 exercises with 4 sets each while other days I will go for 10 exercises of 3 sets per exercise.”

He incorporates cardio in his weightlifting routine; meaning he’ll have short rest periods between his sets (10-30 seconds), leading to a raised heart rate throughout the entire workout. This way, he gets both his cardio, and weight training done at the same time – as Mike says; “two birds with one stone.”

This is the first variation of Mike’s training regimen;

This is the second variation of Mike’s workout routine;

A fan of “switching things up”, Mike will sometimes make an exception, and do cardio outside of his regular weight training routine.

His favorite type of cardio is HIIT, which can be anything that’s intense; such as short-burst sprints or kettelbell swings.

These are Mike’s three tips for achieving growth in fitness, and staying content throughout the journey; 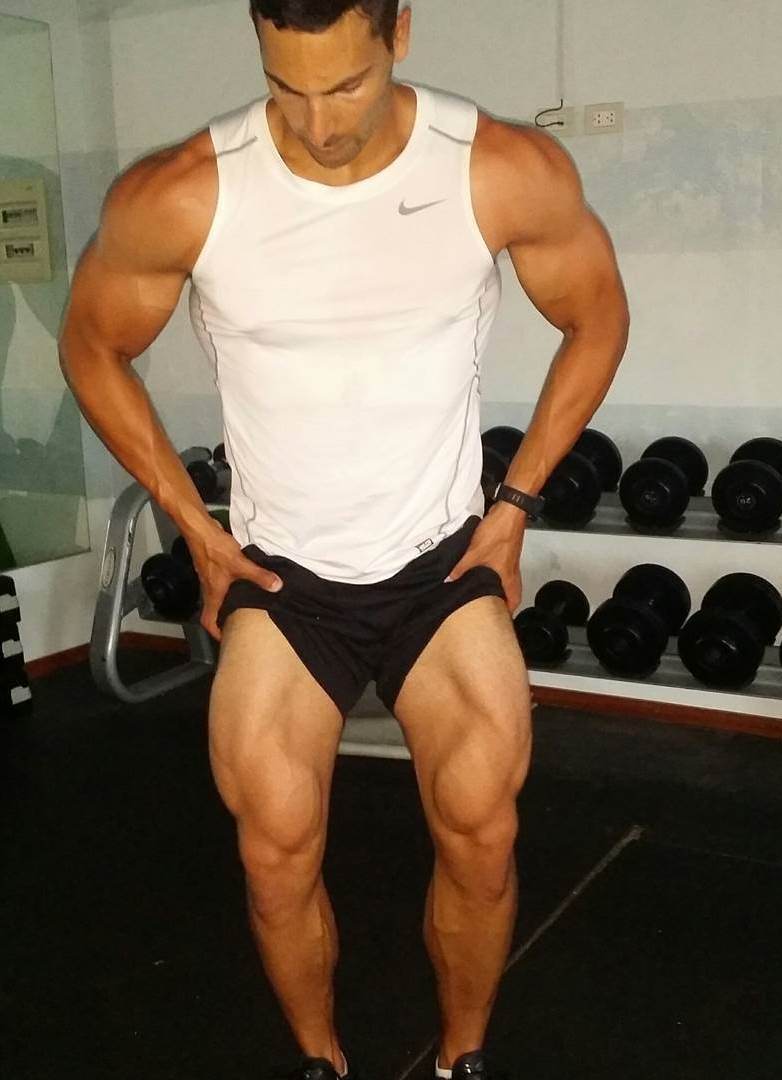 As Mike often has photo shoots and competitions, he doesn’t have time to go on long bulking phases. That’s why he prefers to stay lean year-round; slowly building muscle throughout the whole year, with minimal fat gained.

This is his opinion on the matter of bulking and cutting; “I would not want to put my body through emotional and physical highs and lows to get a certain look. I believe to obtain a good look it is more than possible to go about it by adding lean mass and keeping fat gain to a minimal.”

If he wants to lose an extra bit of fat for an upcoming photo shoot, Mike will do the so-called ‘carb cycling’ a few weeks before the event.

He does this by having three high-carb days, followed by one low carb day, and after that, three moderate-carb days; rotating the timing each week.

By doing this, Mike promotes fat loss, and retains his hard-gained muscle mass. 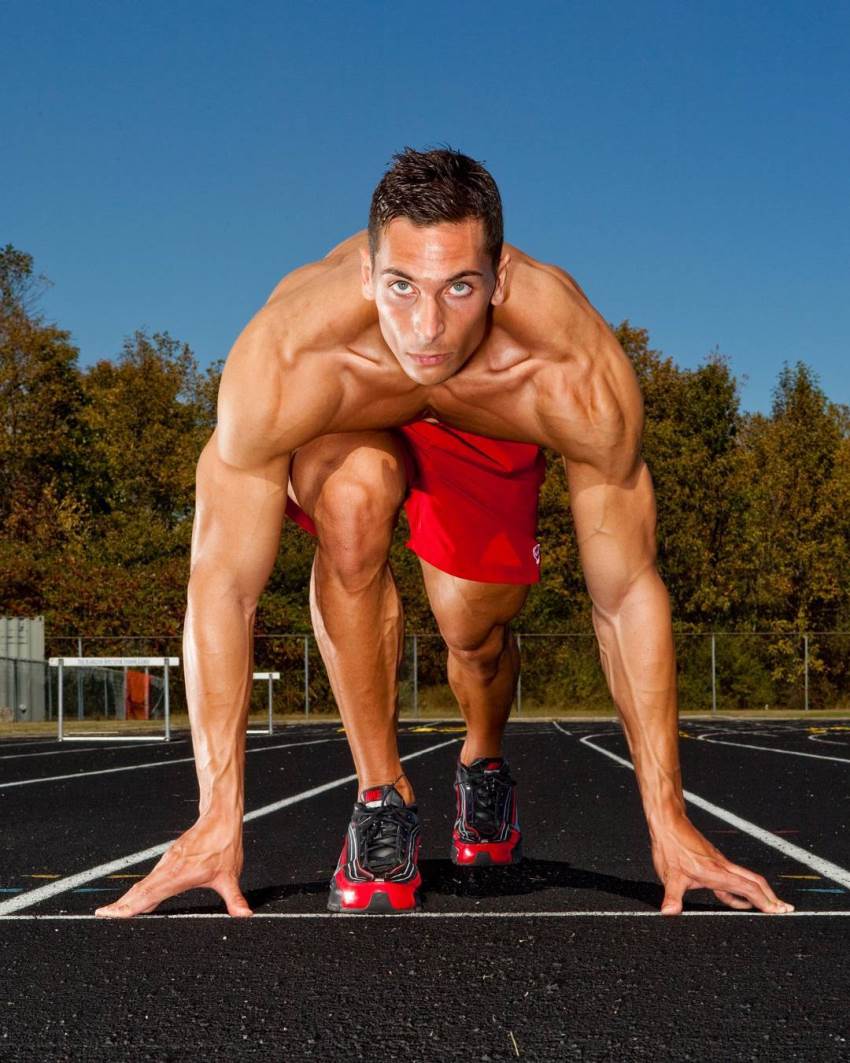 Mike incorporates a flexible approach to his dieting, meaning he’ll eat something palatable, but not necessarily healthy – if his body craves it.

For example, if Mike feels like having a pizza, he’ll eat it. However, he’ll incorporate those calories and macros into his daily allowance; making sure that everything is “under-control.”

In Mike’s opinion, everyone should find a balance in their life – especially when it comes to dieting. He believes the key to long-term success in fitness is finding the right balance between what’s healthy, and what’s not.

As Mike says; “I find you need to have a healthy relationship with food if you plan on doing this long term. Dieting for 12 weeks is a piece of cake compared to maintaining a lean/healthy physique all year round.” 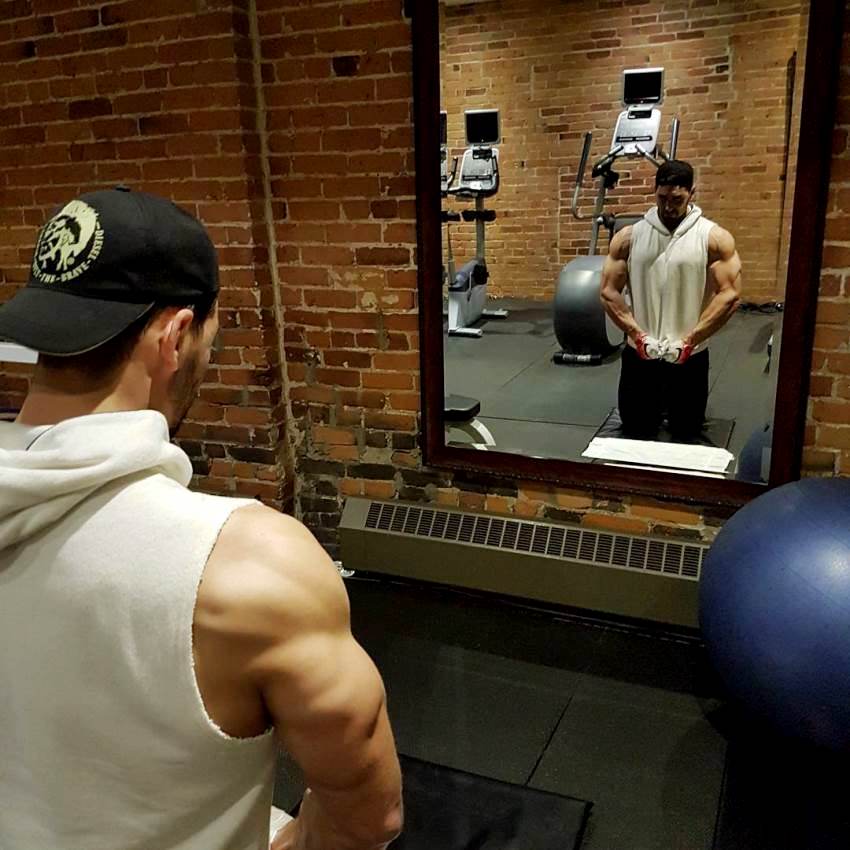 Mike’s favorite athletes are Michael Jordan, Peter Forsberg, and Gianluigi Buffon. He believes they are all world class athletes who have an enviable dedication to their sport.

In the fitness and bodybuilding industry, he is motivated by the likes of Fernando Cirpriani, and TJ Hoban. Mike admires the physiques these two athletes have, and their “winner mentality.” 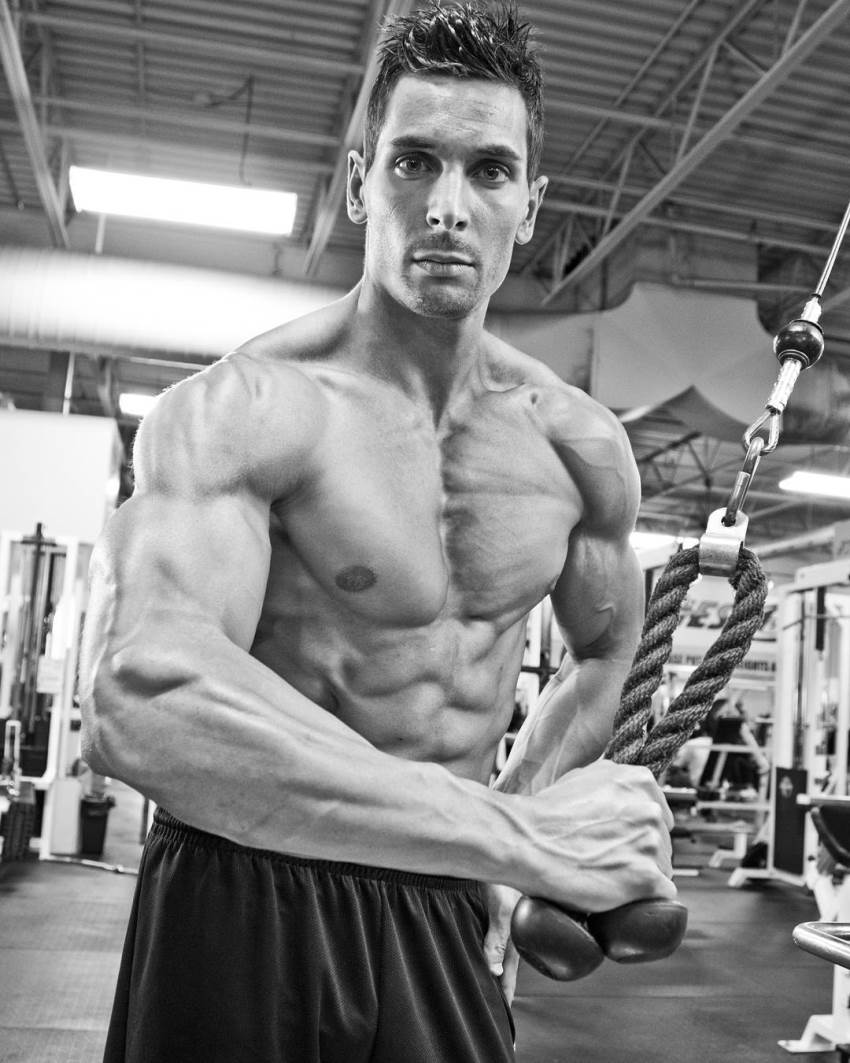 What we can learn from Mike Raso

Mike started his fitness journey as a shy teenager who wanted to transform his body, and self-esteem. With time, he managed to do this, and more. He became a respected fitness athlete; landing magazine cover photo shoots across Canada.

His example has shown us that to become great, and to reach success, it doesn’t take big, “over-the-top” efforts – it just takes discipline and commitment to whatever you are working on. By taking small daily steps, and by not quitting when obstacles present themselves, you can eventually reach your goal.