Mike Matarazzo was a hard-working bodybuilder, remembered for his impressive arms and calves. Raised in a working class family, he became a truck driver to earn a living.

However, after choosing to follow his passion, Mike trained relentlessly to become a bodybuilding legend. He’s inspired a number of athletes, and had tributes from some of the greatest bodybuilders in history. 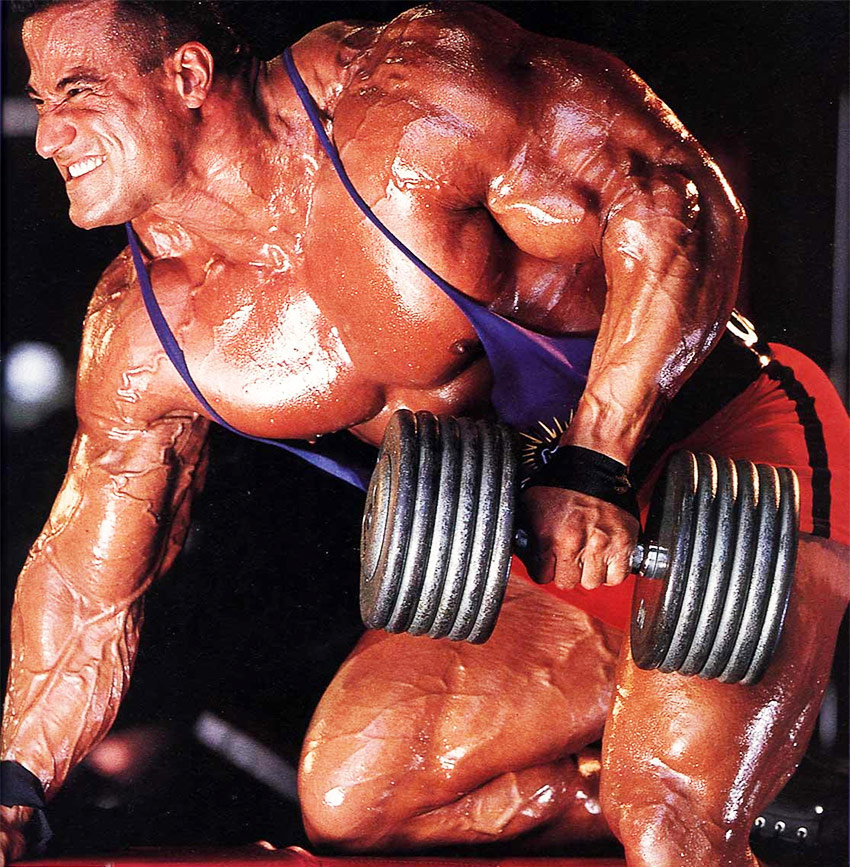 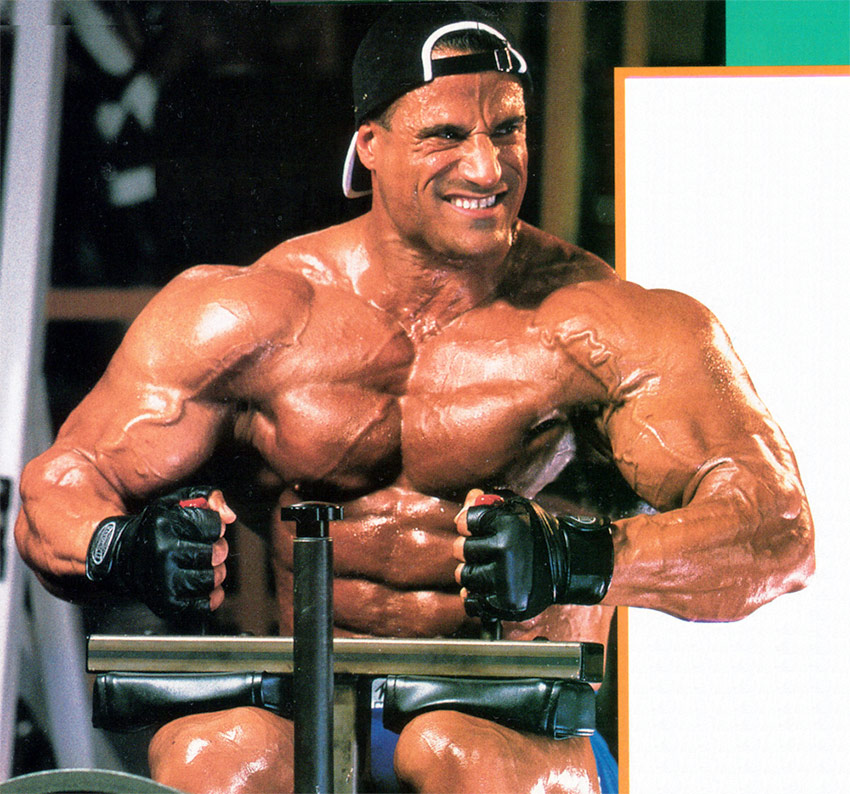 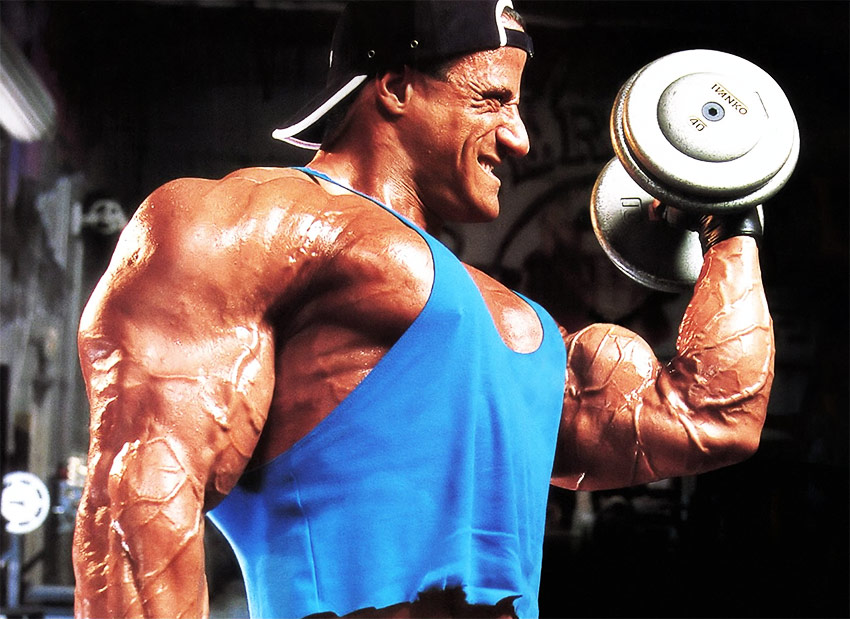 Born and raised in Boston, Massachusetts (USA), Mike Matarazzo grew up in a working class family. He learned the value of hard work, and became determined to make a name for himself – but during his childhood, he didn’t know what career to pursue.

In order to earn a living, Mike became a truck driver after graduating from high school. However, he quickly became unhappy with his profession, and began looking for a ‘way out’.

Inspired by fictional character, ‘Rocky Balboa’, Mike decided to try his hand at boxing. He trained tirelessly in the ring, and it wasn’t long until he’d won his first title – at the age of 24, Mike became the 1985 Massachusetts Golden Gloves light-heavyweight champion.

Due to the demanding nature of boxing, he’d sculpted a lean, aesthetic physique. Being satisfied with his appearance, Mike was motivated to continue working out. 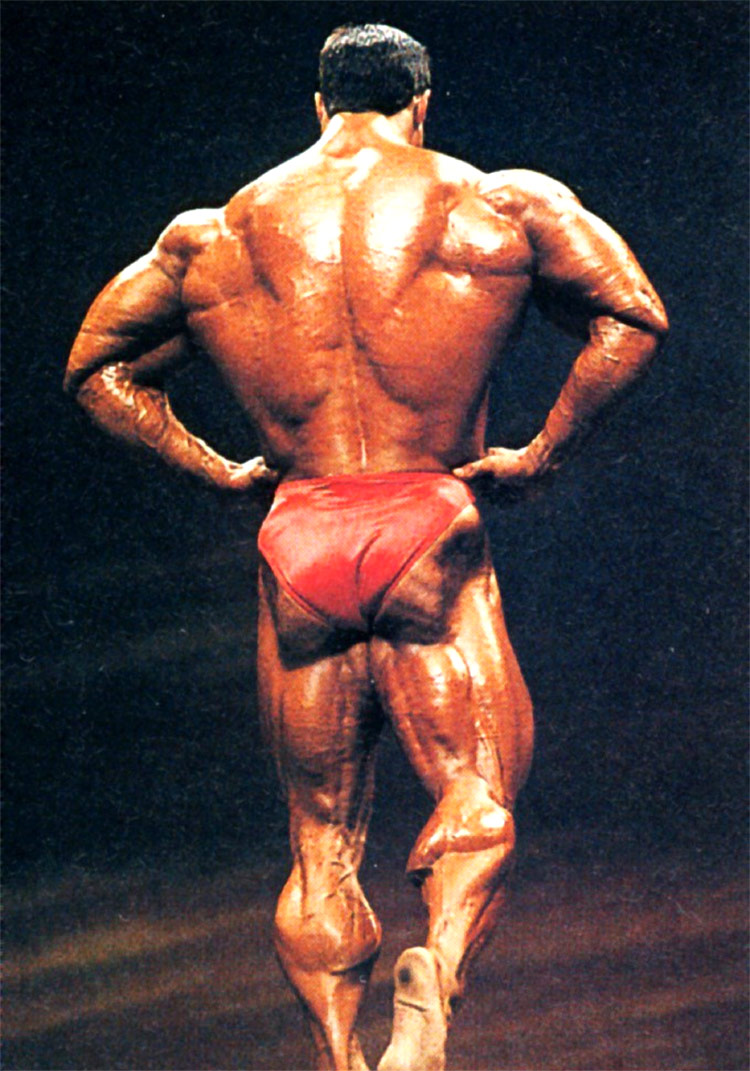 Mike was known for his impressive calves.

Although Mike had found success as a boxer, he fell in-love with lifting weights in the gym. After becoming tired of the physicality of boxing, he turned his attention to his new passion, bodybuilding.

Mike didn’t waste any time chasing his ambition, devoting his time to sculpting his dream physique.

It wasn’t long until Mike had gained size and developed a chiselled body. After being encouraged by his training partners, Mike entered his first competition in 1989 – the Gold’s Gym Classic in Massachusetts.

Standing at 5’10 and 226lbs, Mike towered over his competitors. He impressed the judges, and his hard work was rewarded with the 1st place trophy.

But that wasn’t all – Mike also walked away with the overall title. Motivated by his successful debut, he realized that he could make a name for himself as a bodybuilder.

Riding high from his success, Mike fully committed himself to the sport. At the age of 26, he moved to Venice, California (USA), where the top bodybuilders trained together.

He was determined to meet his idols, such as Arnold Schwarzenegger, Lou Ferrigno, Sergio Oliva, Mike Katz, and Frank Zane, who all lived there. After seeing the bodybuilders’ work ethic in the gym, he immediately felt a connection with them.

Mike was quickly accepted into the fitness community, and the famous California Gold’s Gym. Under the guidance of bodybuilders such as Flex Wheeler and Shawn Ray, he was given the tools that he needed to succeed in the industry.

That same year, Mike entered the 1991 NPC USA Championships, in the heavyweight division. Being the newcomer to the sport, no-one expected him to place highly in this show – against the likes of Flex Wheeler, Chris Cormier, and Ronnie Coleman.

Mike had worked vigorously to build a powerful physique, and he made the most of his opportunity. He ended the night as the 1991 NPC USA Champion, but that wasn’t all.

By winning this contest, Mike had surpassed all expectations and earned his Pro Card. At the age of 26, Mike had realized his dream of becoming a professional bodybuilder.

Over the next 10 years, Mike entered a massive 32 competitions – including 7 prestigious Mr. Olympia appearances.

Although Mike struggled to replicate his early success, he placed highly in countless shows. By 2001, he was regarded as a legend of the sport, known for his great physique and ‘blue collar’ work ethic. 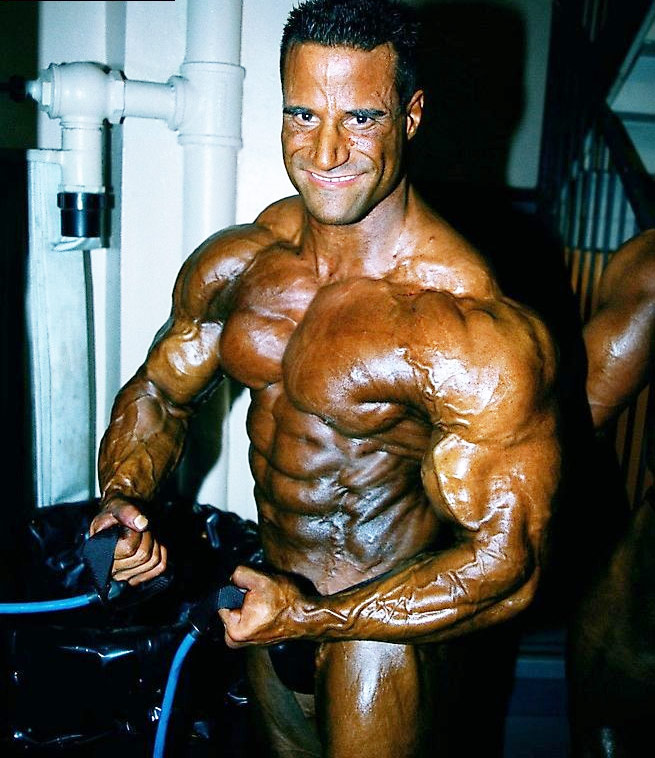 Mike retired in 2001, at the age of 36, after experiencing decreasing health. He suffered from high cholesterol levels, attributing his low-health to the high amount of red meat in his daily diet.

The fitness icon also blamed his steroid abuse as something that contributed to his downfall:

“Put [the drugs] away. Only a handful of men on this entire planet make barely a decent living at bodybuilding. I happened to be one who did for 15 years, but I probably took 20 years of my life.

No amount of money in the world is worth that. I’d rather go back in time and get a nine-to-five job and live to a ripe old age, like my grandfather…I took the gamble and lost in every way.”

After a series of heart-attacks, Mike passed away on the 14th November 2014. However, he’d made a lasting impact in the sport, inspiring masses of athletes to begin weight training.

He received tributes from some of the greatest bodybuilders in history, such as Lou Ferrigno, Berry DeMey, Samir Bannout, and Ronnie Coleman.

Ronnie Coleman: “Mike beat me many times when we competed against each other early in my career. He’ll be sorely missed and he was that guy who always had you laughing because he just seemed to love the sport and love the fans. I love you Mike and you’ll be sorely missed. Rest in peace my brother.” 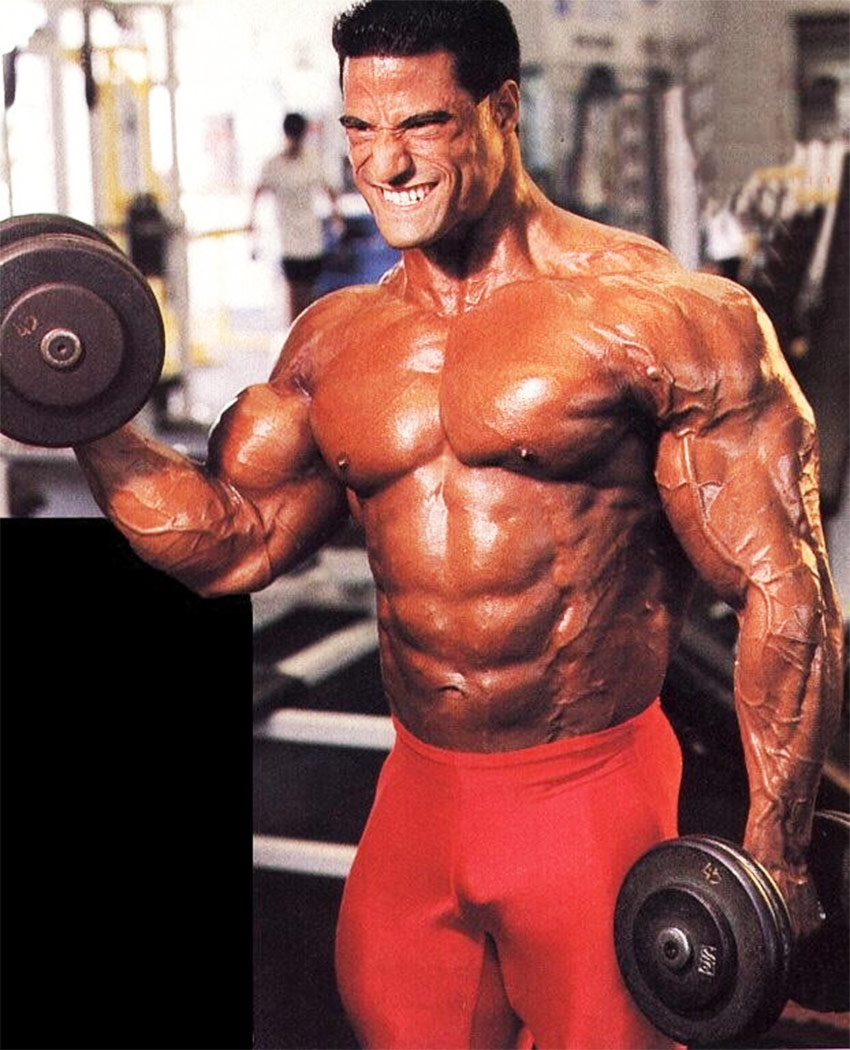 Mike worked relentlessly in the gym, remembered for his work ethic. He’d train 6-days per week, leaving himself 1 day to rest and recover.

He had impressively large biceps and calves – with these being his favorite workouts of the week.

“”Larry Scott told me about sideways one-arm dumbbell preacher curls when I first turned pro. I tried them, got tremendous results, and I’ve been using them ever since.” 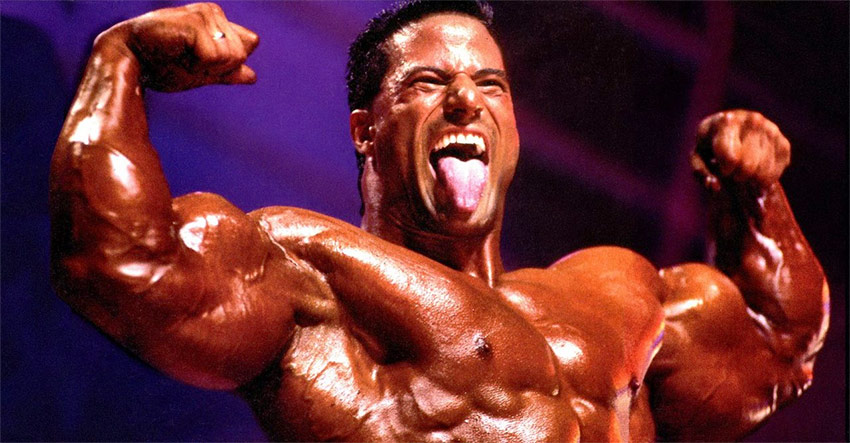 Mike consumed 6-8 meals daily, in order to fuel his body with enough nutrients to develop.

However, he admitted that his diet wasn’t well-planned, and could’ve been a contributing factor to his decline in health – Mike was known to eat up to 7lbs of red meat per day, without vegetables or fruits.

“In order to get bigger, I ate five, six, seven pounds of red meat a day, no vegetables. And I’d stay away from fruits because of their sugar.” 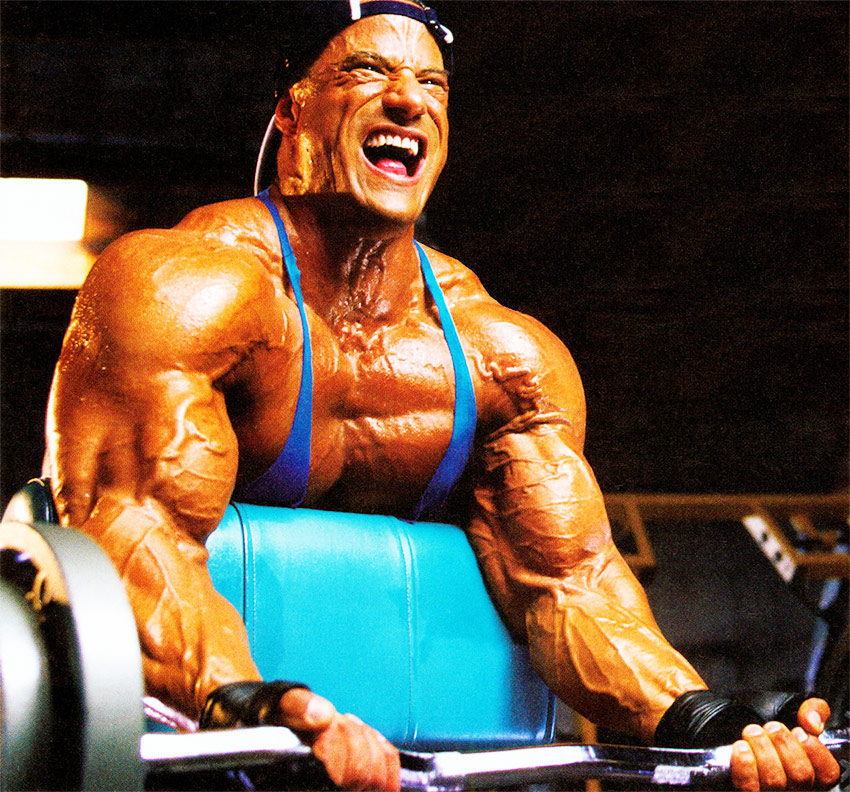 The legend also named his competitors as people who pushed him to develop – Flex Wheeler, Shawn Ray, Ronnie Coleman, and Chris Cormier. 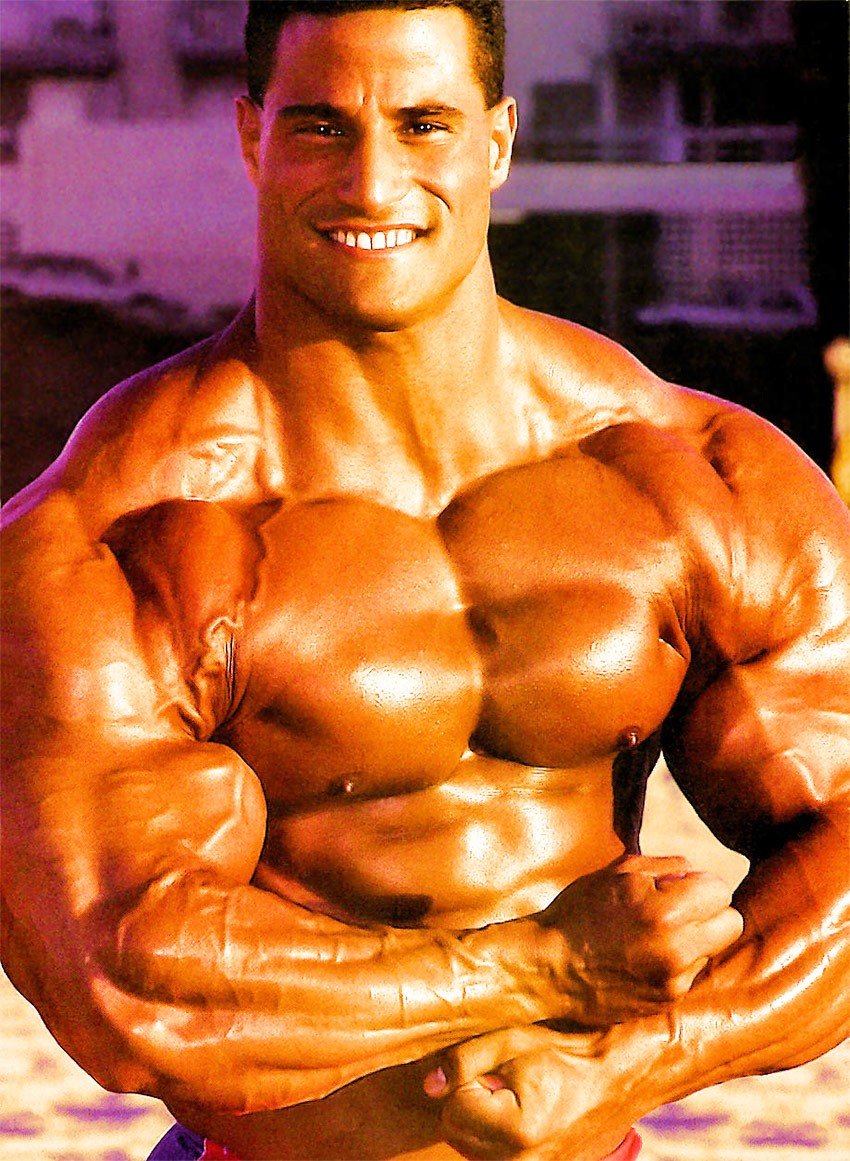 What we can learn from Mike Matarazzo

Mike’s taught us that anyone can realize their dreams with the right work ethic. He began as a truck driver, existing to earn a living, but later followed his passion to become a bodybuilding legend.

Don’t hesitate in chasing your ambitions. Mike wasted no time, and moved to Califonia to train at the famous Gold’s Gym, once he committed to bodybuilding.