Throughout his early teenage years, Merijn would follow advice from ‘so called’ fitness magazines and fitness gurus. This left him unhappy with his physique as he struggling to make much progress in the gym. As a result, he had low self-confidence – negatively impacting his life.

However, Merijn was soon able to put all of this in the past. After countless hours of research, Merijn began to obtain a great physique. After reaching his own fitness goals, Merijn decided to help others achieve the same – this is when he set up his online coaching business.

He rose to fame through his YouTube channel, which offered him a platform to influence others. His message to his followers is simple – ‘achieve a great physique, without the need to make social life sacrifices.’ Here is his story: 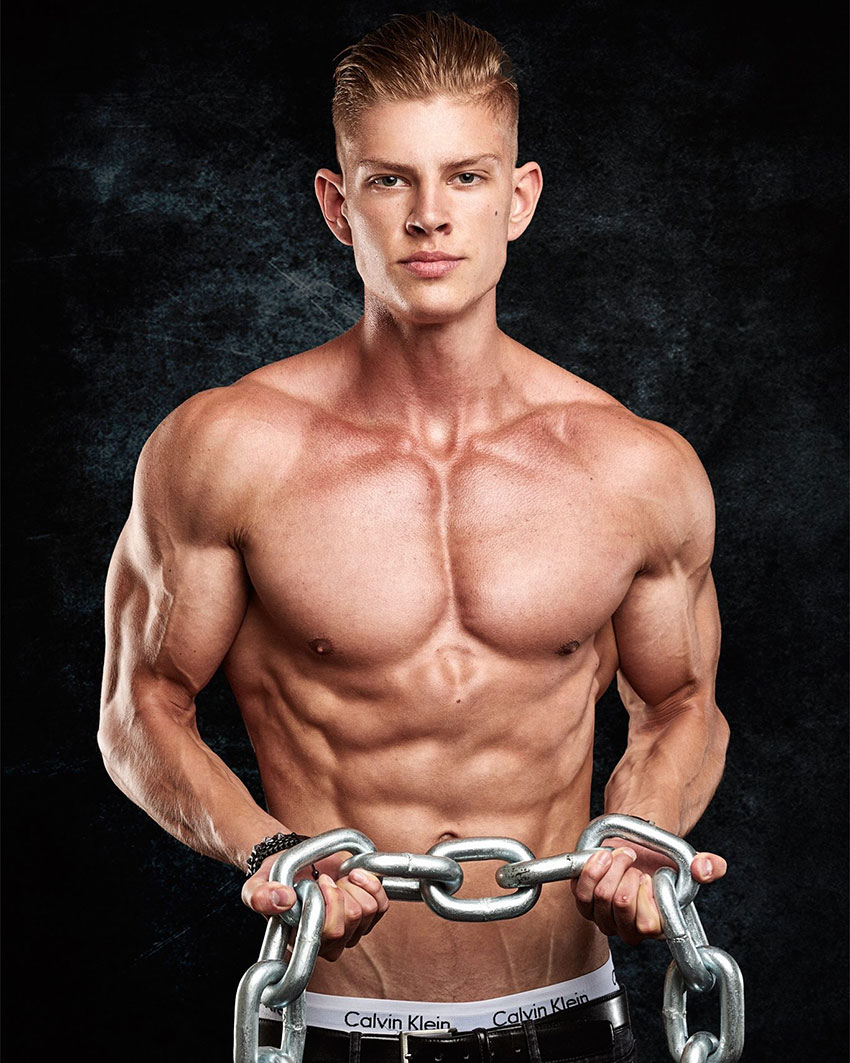 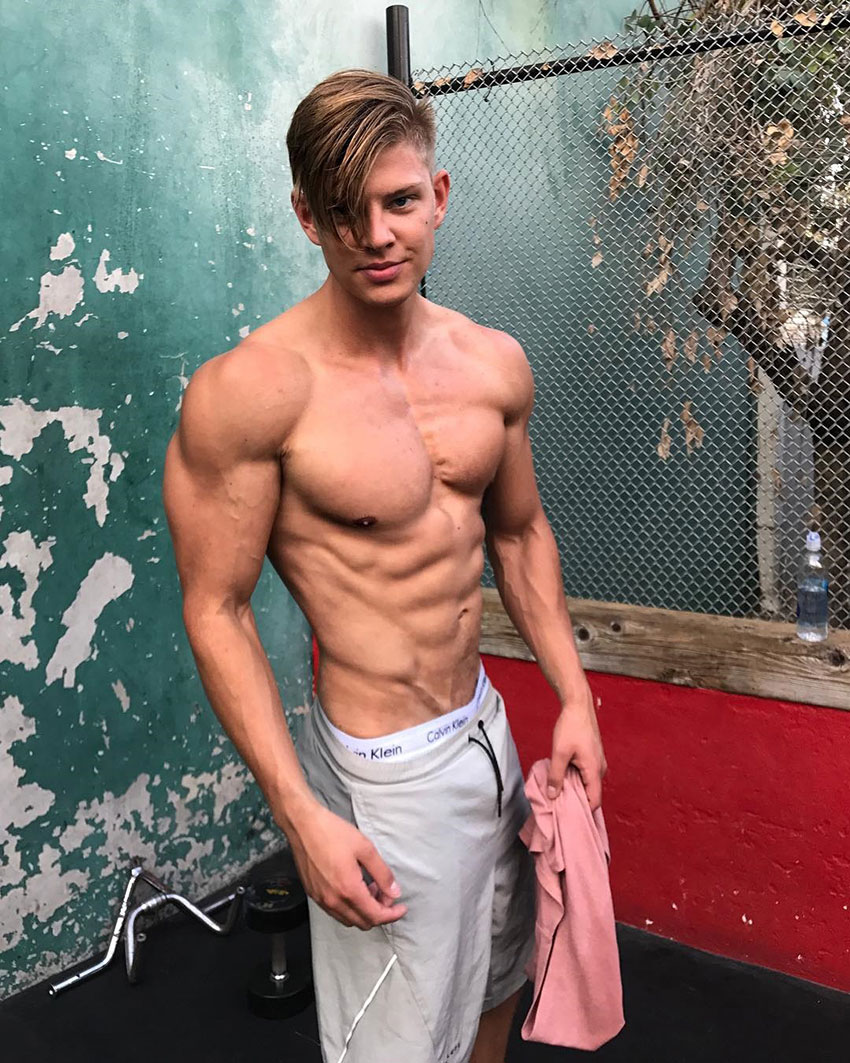 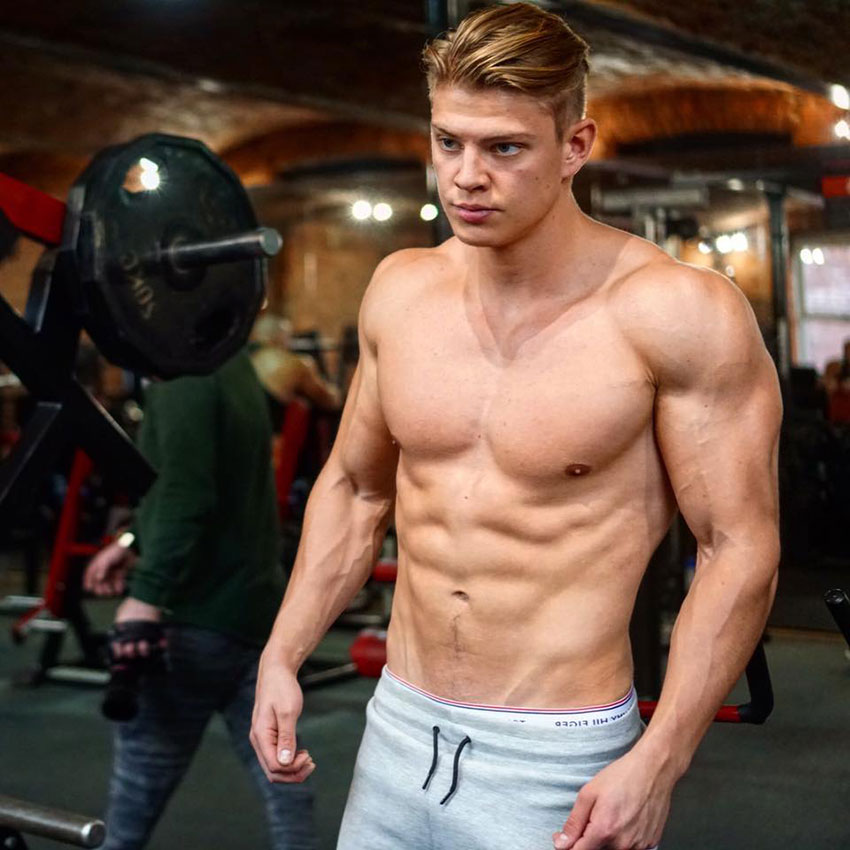 Merijn from Student Aesthetics was born in The Netherlands in 1995. Growing up in a close family, he’s always been able to count on them for support whenever he needs it, in particular his brother.

Merijn’s fitness journey began at the age of 15, in the hope to build more muscle to his skinny frame, as he was unhappy with his slim physique – leaving him with low self-confidence.

Merijn began following advice from fitness magazines and ‘so called’ fitness gurus, but after two years of lifting, Merijn had little to show in terms of his results. Unsure of where to turn, he began conducting a heavy amount of research into gaining a physique as a natural bodybuilder – being his wish to remain clear of steroids.

Merijn then disregarded any information that he’d been given in the past. Instantly, he began to see progress. His hard work in the gym started to pay off – quickly beginning to make up for lost time.

When Fitness Changed his Life

Merijn started out by setting up a YouTube channel in 2014 with the aim of helping others in his situation. He began sharing his story with his followers, eventually wanting to take things a step further – setting up his own online coaching business.

However, Merijn’s business at first failed to see much growth, but he didn’t let this deter him. He remained focused and determined, working tirelessly to make his business a success.

It was Merijn’s aim to ensure that his clients didn’t make the same mistakes that he made when starting out in fitness.

Also, Merijn wished to prove to others that you don’t need to make sacrifices in your social life in order to obtain results. This was something that Merijn began to abide by – totally transforming his life. 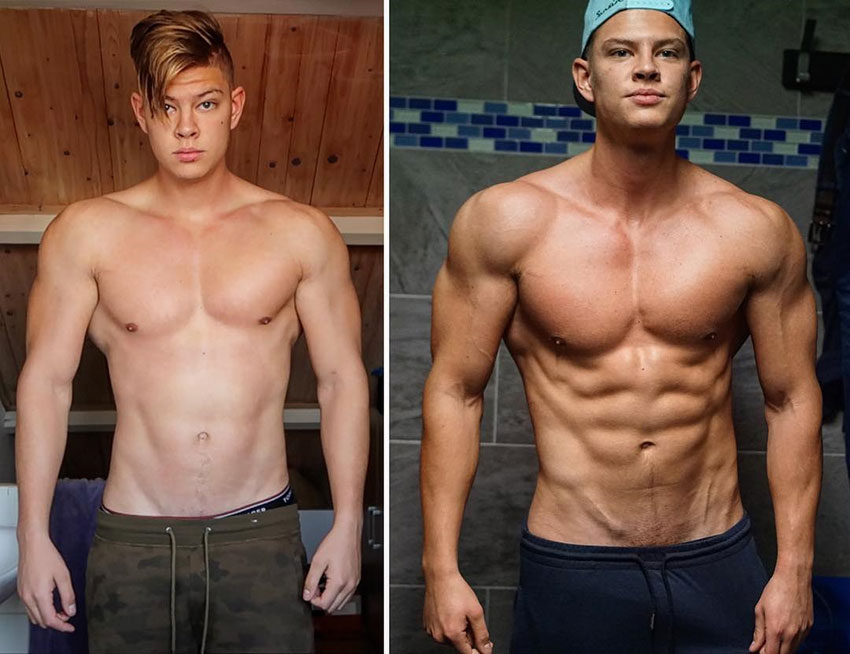 Merijn realized that he wanted to take his business to the next level, but he found that his studies got in the way. Merijn was studying for a university degree in marketing and sales, but he only saw it as a back up option. He quickly became disillusioned with life as a student, knowing that he wanted to change direction.

Merijn knew from a young age that he wanted to be an entrepreneur – so he decided now was the time. This is when he made the decision to drop out of university to pursue his fitness dream.

However, Merijn knew this decision could potentially backfire on him. His business initially took some time to see significant growth, so it was a big risk for him to take. Merijn knew he was taking a chance, but he really believed in himself – remaining determined for his business to become a success. Merijn stated the following:

“If I didn’t take the opportunity to at least try something for now, maybe it won’t work out. But at least I know I tried. When I grow older I can say to myself that I gave it my best shot, instead of taking the easy road, doing what everyone else wanted me to do. I’m now able to make a living out of doing what I love”.

Soon enough, his client base began to grow. Merijn was now able to fulfill his ambition – guiding others to achieve things in their fitness journey they never thought they could.

All the hard work that Merijn had put in really began to pay off as his business started to grow at a fast pace. He had no regrets. With the knowledge he now had, he could take his fitness journey to the next level – beginning to transform the lives of others for the better.

Merijn began to make a name for himself in the online community as his social media following grew. It was his dream to help others accomplish their goals – starting out as a fitness trainer offered him this chance.

Merijn’s business venture as an online coach and personal fitness trainer had now truly taken off. Through this, he had become a social media celebrity – allowing him to follow his dream.

Merijn from Student Aesthetics has gone from being a young teenager unhappy with his body, to following his fitness dreams. His YouTube channel exploded in popularity after he prided himself on being a natural bodybuilder. Merijn proved that fad diets and a heavy amount of supplements aren’t needed to obtain a great physique.

Having established his brand ‘Student Aesthetics’, Merijn chose to stick with this name despite dropping out of university. It had become his online identity, so he didn’t want his hard work to be put to waste.

Merijn is immensely proud of what he has achieved since finding a method of fitness that works for him. As a result, he was able to put any self-confidence issues in the past to obtain a substantial social media following – encouraging his followers to do the same. 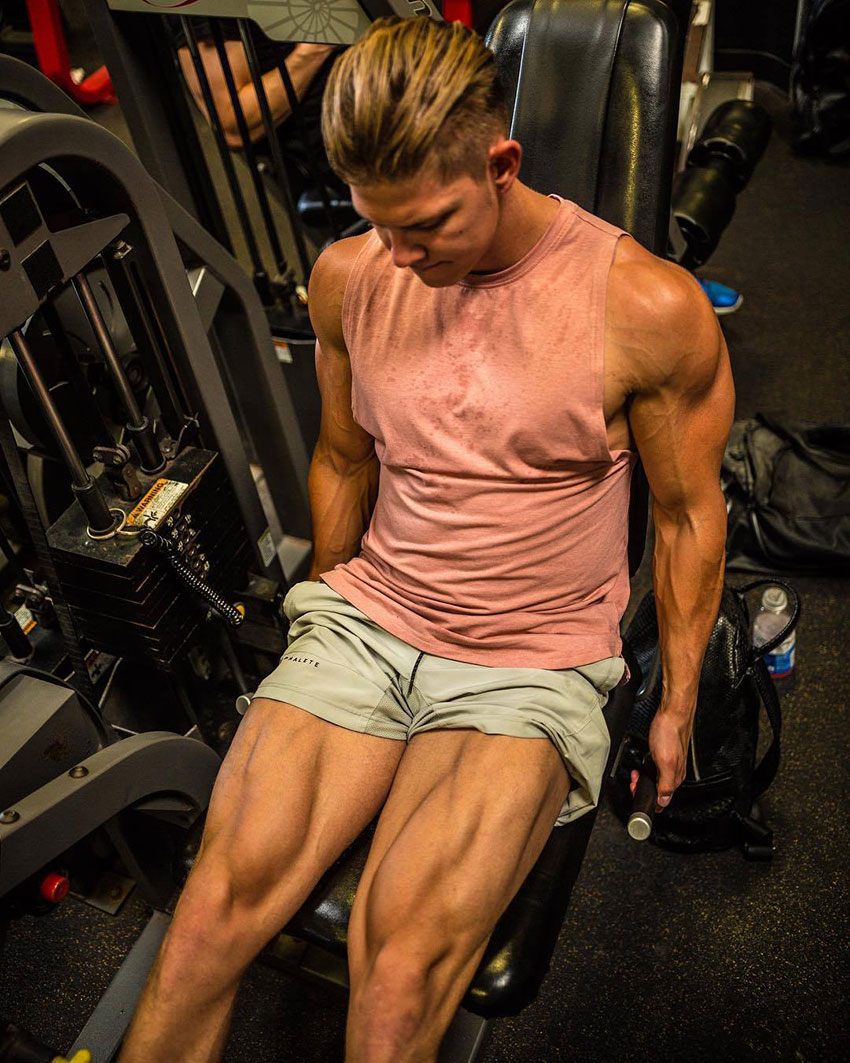 Merijn trains in the gym on a regular basis. He maintains a busy lifestyle, regularly on the move. However, he doesn’t let this negatively impact his training. He is very self-motivated, knowing that he must remain consistent in order to obtain his fitness goals.

When cutting, Merijn typically follows a four day split. This is spread across the week as follows, containing the below exercises: 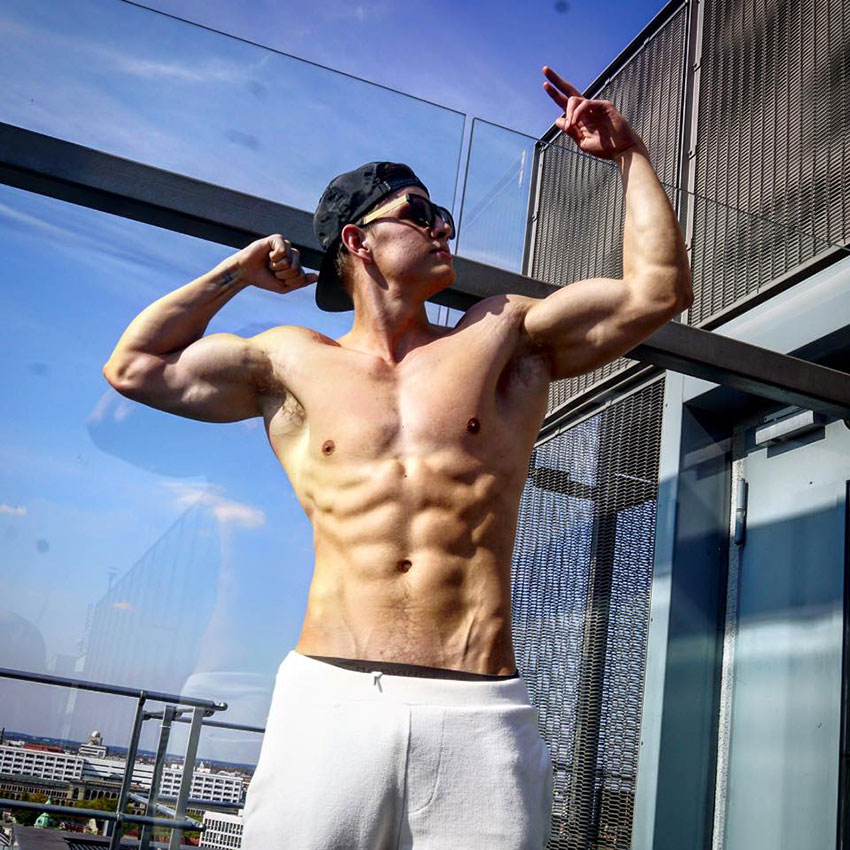 Merijn follows a nutrition plan that allows him to enjoy his life, while still being able to achieve results in the gym.

He follows a flexible diet in which he sticks to a certain amount of protein, carbohydrates, and fats that form his macro nutrients – adjusting his caloric intake depending on whether he’s bulking or cutting.

This allows Merijn to eat foods that he enjoys, including ones that aren’t necessarily considered to be healthy. However, his diet involves eating things in moderation, tracking his calories on a daily basis.

By doing this, Merijn is able to eat whatever he likes as long as he stays within his caloric intake and macro nutrient goals, keeping the majority of his foods clean. To stay shredded, Merijn revolves his diet around the following foods: 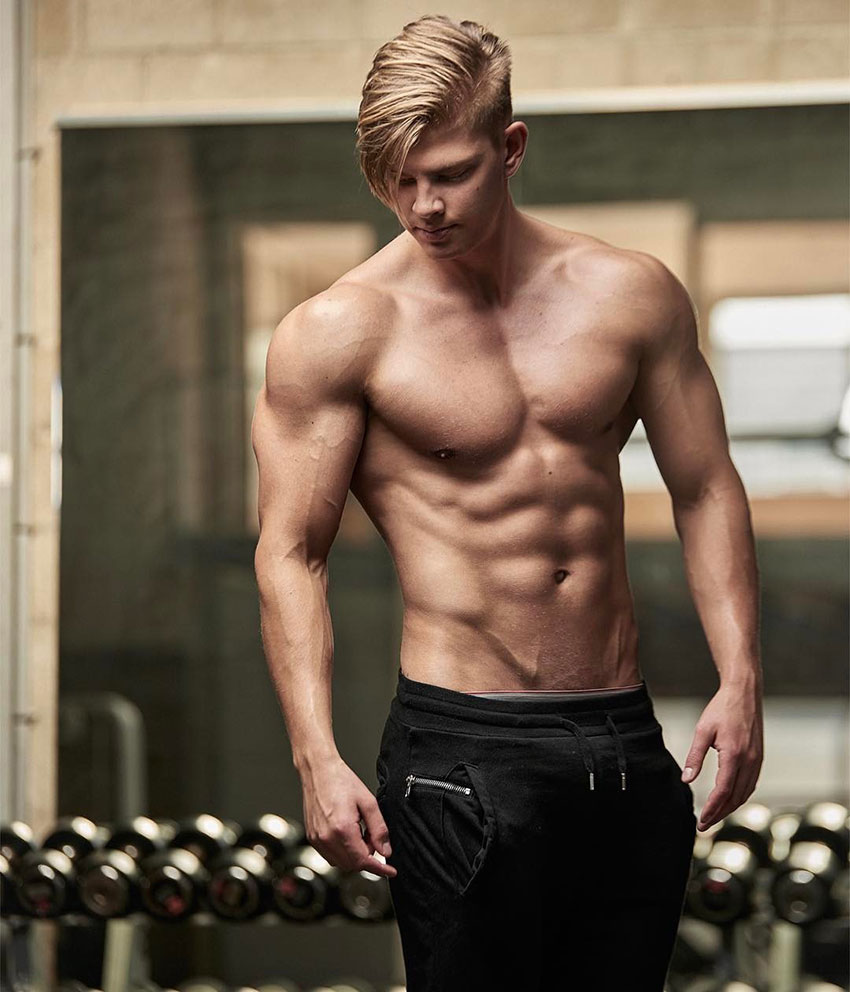 Apart from famous fitness icons, Merijn has become a self motivated, and self proclaimed success all because of his own ambitions nature. He started out his fitness journey after becoming frustrated with his skinny physique. But after two years he had little to show in terms of his progress, Merijn had low self-confidence, having a negative effect on his life – becoming an idol to people all over the world in the process. 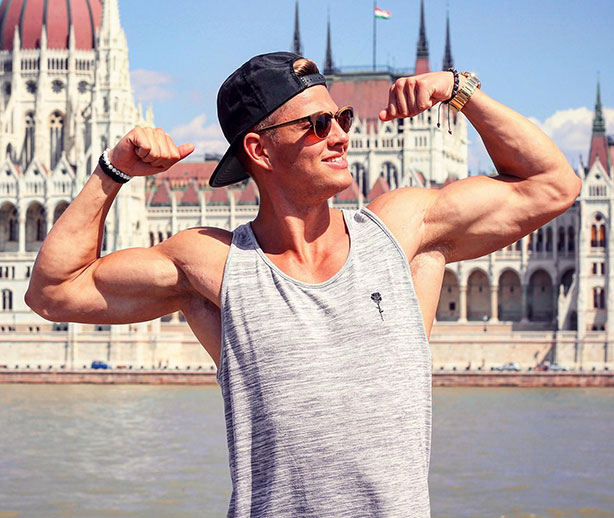 What we can learn from Student Aesthetics

Merijn was able to build a successful business from scratch, allowing him to follow his fitness dreams. It wasn’t an easy task, but he ensured that he would never gave up. Through this, he achieved his goal of helping others to obtain a physique they had always dreamed of.

Merijn took a huge risk by dropping out of university, considering his business took some time to take off. However, it was something that Merijn knew he had to do to move forward in his fitness journey.

His hard work and determination eventually paid off, as his business began to grow. He propelled to fame through his YouTube channel – being able to help an ever increasing amount of clients.

What we can learn from Student Aesthetics is that you don’t need to follow a strict diet to obtain solid results – Merijn has achieved this, finding the perfect balance that allowed him to follow his dreams – continually reaching new heights.