Maxime Parisi is an IFBB professional bodybuilder and personal trainer from Cannes, France. He attracted attention in Europe when he won the 2014 French cup.

Growing up, Maxime was extremely active and loved playing sports such as soccer and rugby. This passion for sports, inspired him to try weightlifting as a way to build his strength and size.

As he started lifting weights, he became obsessed with working out and gaining muscle. He found a pro coach and entered a number of amateur competitions – winning them all convincingly.

In more recent times, Maxime became involved in professional IFBB shows. He won the french cup in 2014, and landed a number of excellent results shortly after. 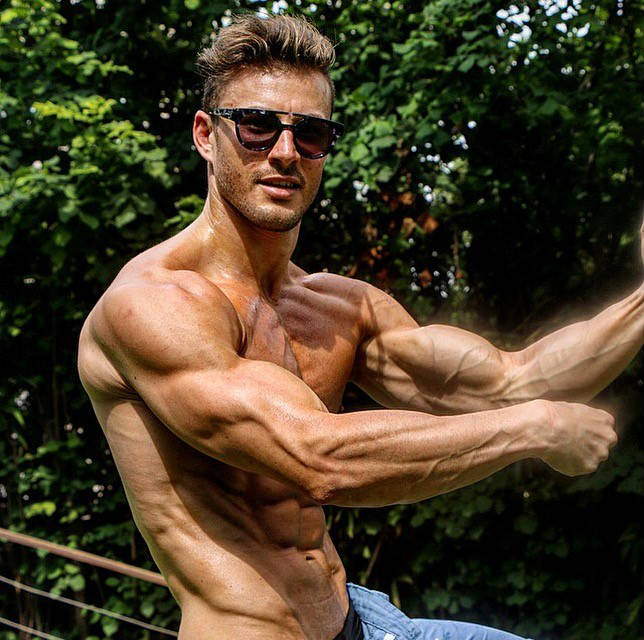 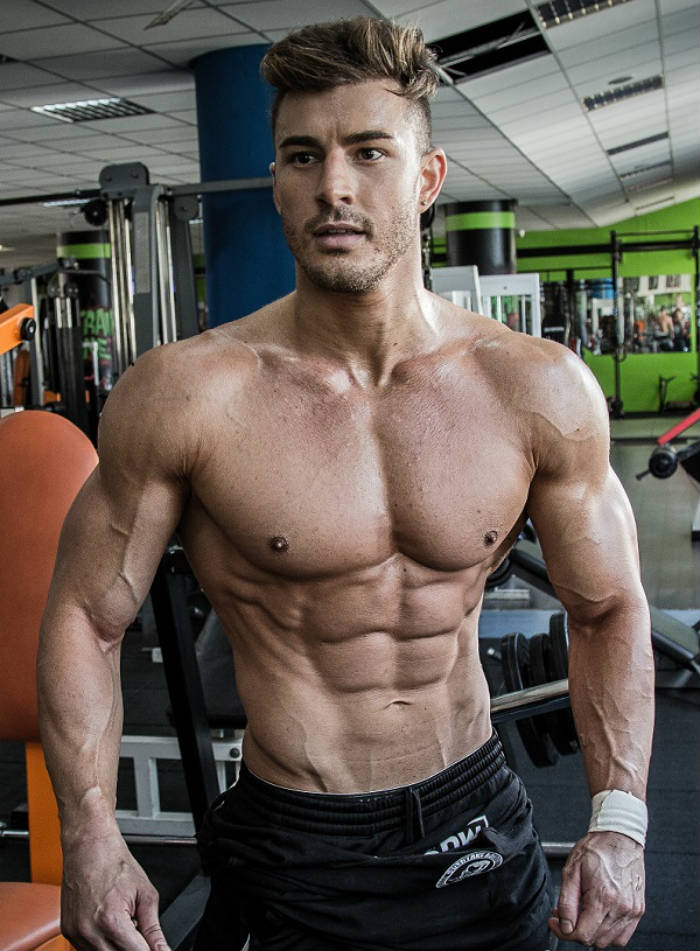 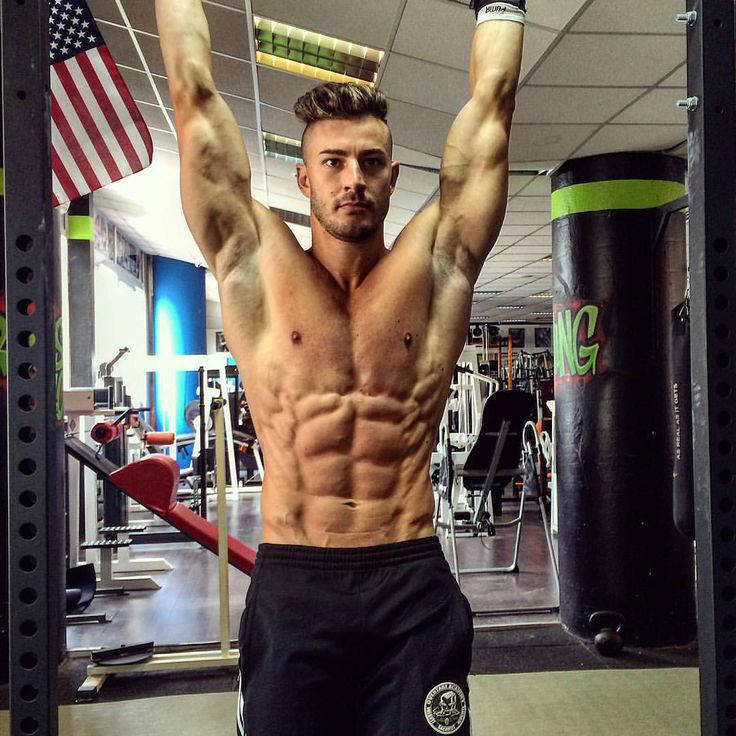 “I have always been a daredevil, my father got me into extreme sports”

Growing up in Cannes, France, Maxime was extremely active and was involved in a number of sports such as karate, gymnastics, soccer, cliffdiving, kick boxing, rugby, weightlifting and parkour.

As he entered his teenage years, he began to try and change his physique with the aim of looking his best. He devoted himself to the bodybuilding culture “entirely” – seeing strength training as an athletic and “harmonious” sport.

Maxime also wanted to build his strength. He believed that having a solid strength grounding while young would help him throughout his life.

Because of this, he began to train heavy with the IFBB professional coach Arnaud Plaisant. Arnaud showed him a number of movements which would transform his physique and the two built a solid professional bond.

Through building an excellent physique with Arnaud, Maxime gained a new confidence and decided to compete across France. He posed at the WFF Rippert Body Show in 2014 and took a 2nd place – an excellent result for his first competition.

The next two competitions would be crucial for Maxine and he prepared hard, knowing that he could win a Pro Card if the judges liked what they saw. His first show – the WFF Appolon de France – was a great success for Maxime and he took the first place trophy with ease.

Just a few months after this show, Maxime stood at the 2014 Musclemania with great anticipation for the result. As the judges read out his name in first place, he was absolutely ecstatic with the decision; taking his pro card and the prize money happily.

Through winning at Musclemania, Maxime was now eligible to stand alongside professionals at major competitions. His first was the 2014 IFBB French Cup, which he took another 1st at. 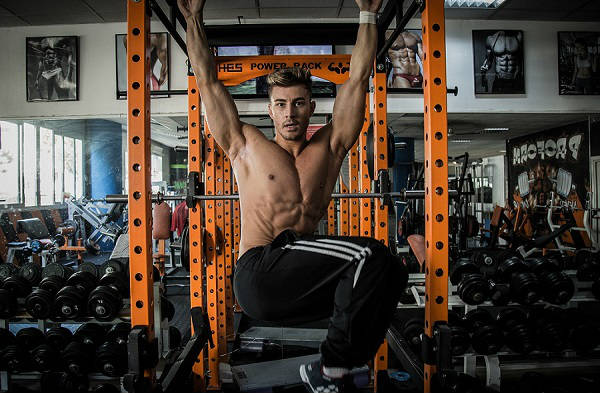 Maxime chooses to train 4 or 5 times a week, depending on the time of the year and the events he is preparing for. He lifts heavy, and trains with intensity in order to work his body to its limits.

When it comes to his sets and reps, he lifts until failure every set. He loves the burn that this gives, believing that it’s the only way to move past plateaus in his training and add more weight to his lifts.

One of Maxime’s favorite exercises is the squat. He loves to squat heavily and stack the barbell with plates. He says that, in his opinion, there is no better exercise for building the quads and calves.

As well as the squat, Maxime loves to complete hanging leg raises to hit his abdominal’s extremely hard. He also twists while hanging in this position – hitting his obliques and building extreme tension. 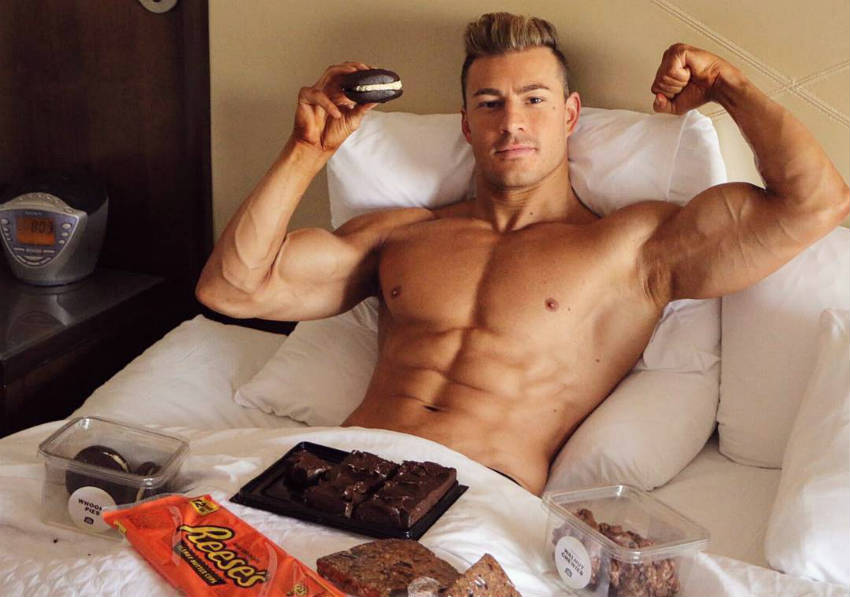 When it comes to Maxime’s diet, he eats healthy and organic food and focuses on quality produce. In the morning he usually eats 100 g of oatmeal with 50 g of whey, then drinks a vitamin drink.

At around 10am, Maxime then has a handful of almonds – valuing the nut for its high protein and mineral content. He follows this shortly after with his first substantial meal of the day; 150g of fish with 100g of pasta, green vegetables and an omega 3 tablet.

After snacking with a whey protein shake and a cereal bar, Maxime has his dinner. He varies the kind of meat eaten here, but he has 150g of red meat, white fish or lean meat such as chicken and beef.

These meats are always teamed up with vegetables and healthy carbs, such as sweet potato or brown rice. They are washed down with a BCAA and glutamine drink.

If Maxime could choose just one dish, he would pick tartare steak with salad. If it was a cheat day though, he would go with a big, greasy burger and sweet potato fries. Sometimes, he says, everyone deserves a treat.

In terms of supplementation, Maxime uses a number of products to help him with his workout needs. He takes vitamins, minerals, omega 3 tablets and drinks whey protein and creatine regularly, (as mentioned above.) 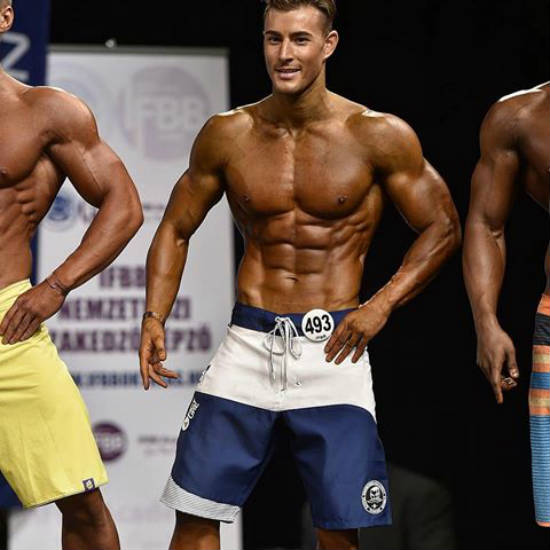 For inspiration in bodybuilding, Maxime loves to watch the greats. He admires Arnold Schwarzenegger’s achievements in his hey day, believing that his proportionality is unrivaled in bodybuilding history.

As Maxime is an extreme sports fan who cliff dives regularly, he also looks up to Orlando Duque for his achievements in high diving internationally. 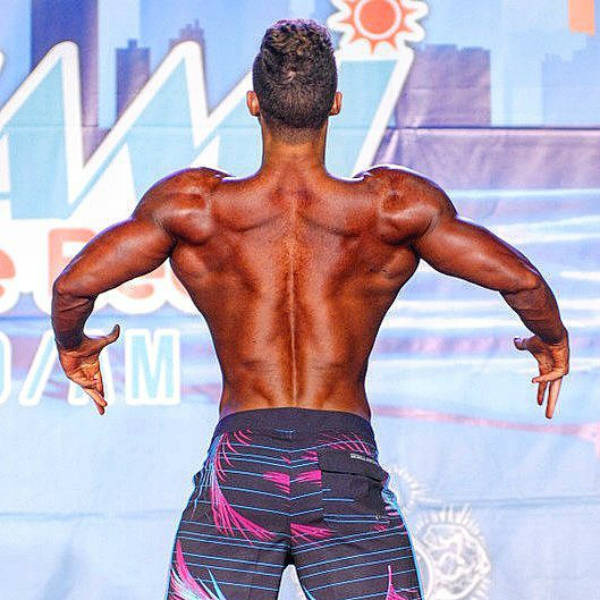 What we can learn from Maxime Parisi

Maxime saw the importance of bodybuilding as a young man. It gave him strength and size, but it also crucially taught him discipline.

He focused on his bodybuilding path completely with this dedication and won competitions. Show the same determination to succeed that Maxime has shown, and who knows where you might end up.