Growing up, Matt was very sporty and loved to play baseball, basketball and wrestle. He intended to wrestle at college, but opted to work at a gym to give him time to decide on a career path.

Working at the gym proved to be the catalyst for his career. He met a pro bodybuilder who encouraged him to compete and get “shredded”. After attending his first amateur competition and coming 2nd, he was hooked. 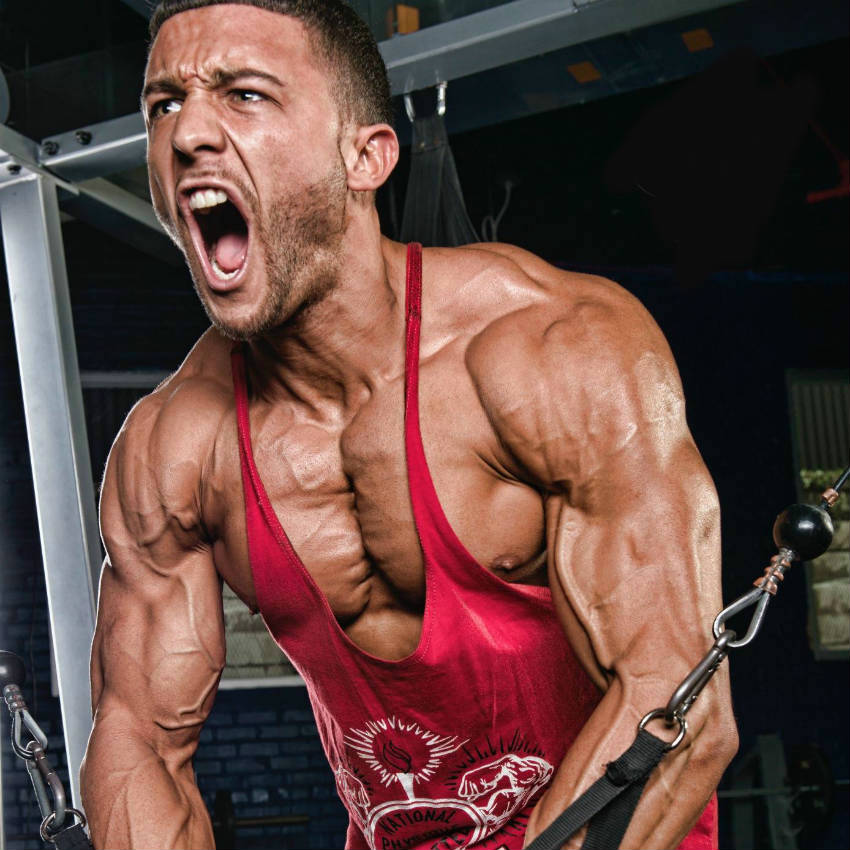 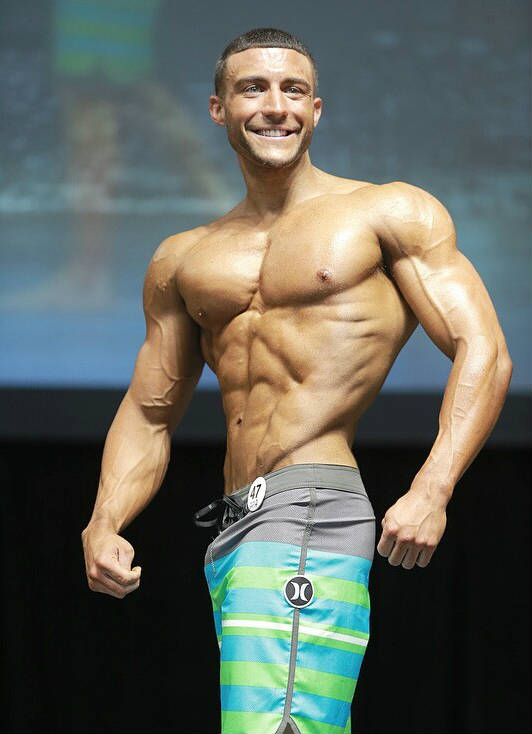 “From there I placed second and continued onto work at SHREDDED sports to use my image and knowledge to help and enlighten as many people about fitness as I could.”

Growing up in New York City, USA, Matt played every sport he could get involved in. His favorite sports during this time were baseball, wrestling and basketball and he won awards in a number of youth competitions.

He realized as he finished high school that he wasn’t going to win a scholarship to wrestle at a good college, so he stopped. His decision at this point was to work in a gym while he considered his career options.

Developing A Love For Bodybuilding

As Matt worked in the gym and immersed himself in the fitness industry lifestyle, he began to to use the equipment to stay in shape. It was then then he developed a passion for weight lifting and the aesthetic side of the sport.

He began training in Mixed Martial Arts; excelling quickly due to his background in wrestling and physical sports. Through this fighting-based training, as well as his weight lifting, he developed a great physique and strong core.

Around this time, Matt decided to go to school to study Bioscience. He wanted to learn more about the body, as his entire life up until that point had surrounded physical movement and performance.

While studying, he began to read about fitness approaches and taught himself new training routines. He also developed a diet plan; making sure that he was eating the best bodybuilding food he could source with his limited student funds.

Matt’s friend at his gym, (who was a competitive bodybuilder,) suggested to Matt that he do something with his physique. He knew that he looked good, but his friend suggested that he get as shredded as he possibly could with the intention of competing.

Matt’s first competition was the 2009 INBF Long Island Experience. He ended up coming 2nd in this show, which was an excellent achievement for him at such an early point in his career.

After this first successful show, he was hooked to the adrenaline rush of standing on the stage and posing to the crowds. The opportunity to be graded for his physique was a thrill which he wanted to experience again and again. 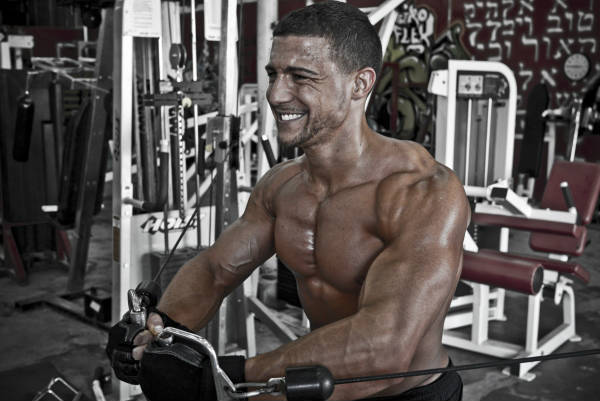 In 2011, Matt managed to take his pro card at the NPC National Championships. For him, this was one of the most important days of his life. He had finally been accepted into the professional scene and he was ready to perform.

After a few top ten finishes, the first professional competition Matt won was the IFBB Toronto Pro Supershow. This was another milestone in his career and he reveled in the victory on his social media channels.

This win in Toronto was followed by another at the IFBB Fort Lauderdale Cup of the same year. His success allowed him to qualify for the 2013 Mr Olympia weekend physique competition – the most prestigious physique show on earth.

In this show, he stood alongside some of the best physique competitors on earth. He was esctatic when the judges read out his name in third place, as he he now had a top 3 at the Mr Olympia to his name. 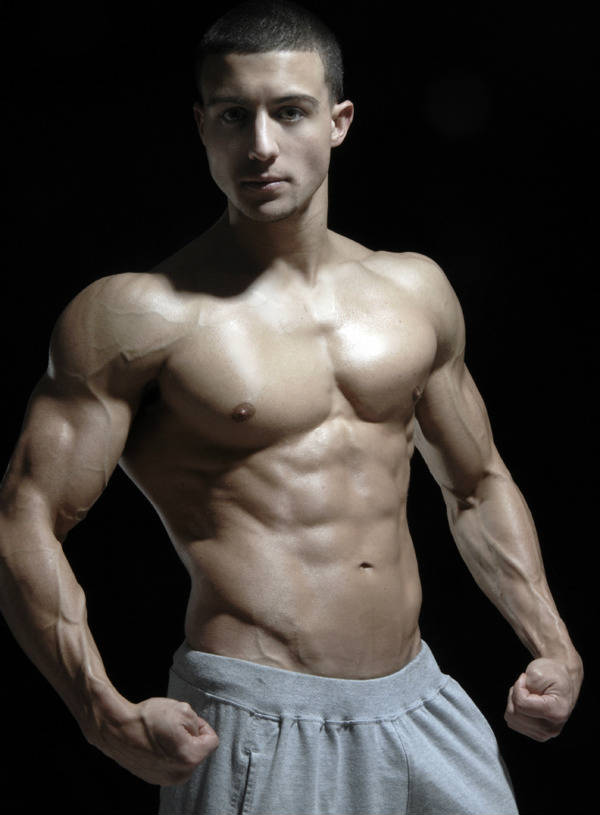 When Matt works out, he works out heavy and hard. He usually starts the workout with 2 heavy compound exercises, then moves over to two isolation exercises for tone.

As well as this combination of compound and isolation lifts, he also always progressively get heavier during each exercise. If he ever fails to hit the correct rep range on the last set, he will drop the weight. His routine is below: 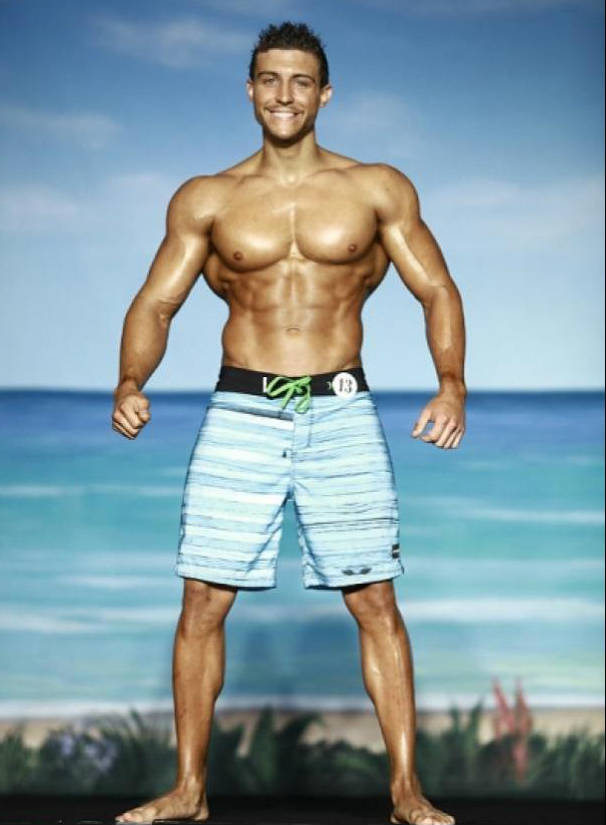 If Matt had to choose three favorite exercises, they would be the Jefferson Squat, Behind-the-neck dumbbell press and Cable Chest Flye.

He picked the Jefferson Squat, (a squat where the barbell is held between the legs while the movement is completed,) as his vastus medialis is worked so hard that after few sets he has to “take a knee.”

His next favorite exercise is the Behind-the-neck Dumbell Press. He values this exercise due to the fact that he can work on his form and lift in a high rep range, while pressing the heaviest weight in the gym.

In the third spot, Matt puts the cable chest Flye. He says that his chest is his best body part, so any exercise that helps him pump this area up is valued in his books. The exercise is usually placed at the end of his workout to really hit his chest hard before he finishes his workout.

Cardio is central in Matt’s exercise routine. Even so though, he believes that cardio should not just be reserved for the gym. He focuses on finding cardio options that he will genuinely enjoy, such as running outdoors, cycling and playing sports.

When he is in the gym, he opts for HIIT (High Intensity Interval Training.) He always makes sure that he has eaten properly to combat muscle fatigue and catabolism, but he still goes hard. He says that the treadmills ae not fast enough for his needs, so he usually completes circuit cardio. 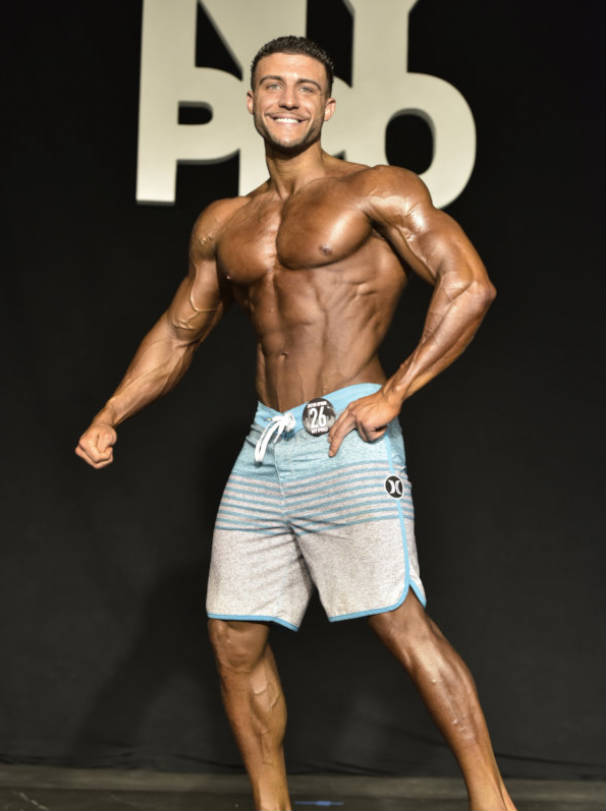 Matt is a strong believer in pre, intra and post workout meals. As he doesn’t use any steroids or other aids, he believes that these periods are most crucial for him to fuel his body and muscles.

He also likes to make sure that he has around 1.5-2 hours of digestion time to ensure his body processes each meal properly. He likes to make sure his morning meal includes 25 to 50 grams of a high glycemic index carbs. If he is training a large body part like legs, back or chest, he’ll have an insulin mimicker and 50 grams of white potato 2 hours before training.

His diet and meal plan has been devised through trial and error. He has chosen foods which give him the best “bang for the buck,” in terms of protein content, energy provided and satiety.

An example of one daily meal plan is below:

Matt loves to eat as many nuts as he can. He sees them as the ideal snack for anyone looking to add healthy fats and protein to their diet. They are also, in his mind, a great way to avoid eating other less healthy snacks.

His favorite nut is the Brazil nut. He values the selenium content of the nut highly, as the chemical functions as an anti-oxidant aid in the body.

More importantly though (for his fitness goals,) is the nuts omega 6 and complete protein content. The omega 6 content protects against heart disease, while the complete protein element of the nut includes all the essential amino acids needed for muscle and tissue repair. 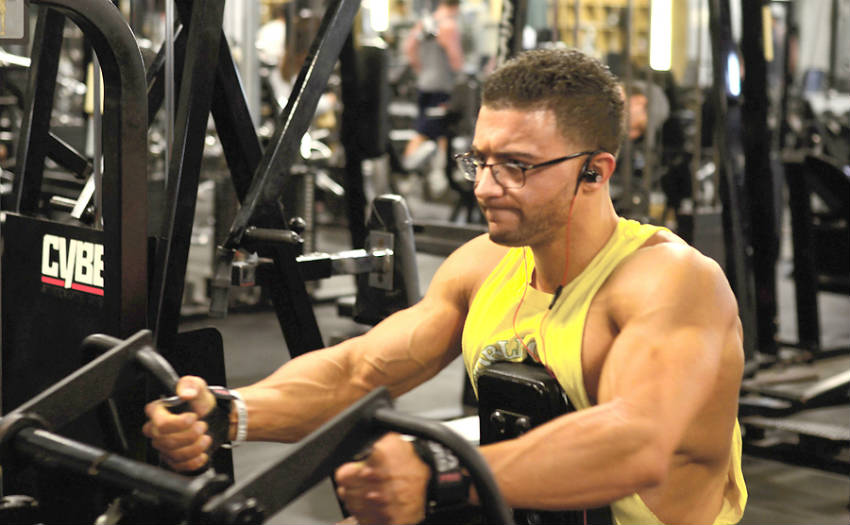 What we can learn from Matt Acton

Matt’s story shows how important helpful peers can be in the fitness journey. His professional bodybuilder friend Matthew helped Matt out when he needed it the most – encouraging him to compete and begin a professional career.

In your fitness journey, it may be useful to listen to those who have first-hand experience of the industry. They have walked the walk and will want to help you follow their path.