Mat Wolf is an American fitness model, physique competitor and sponsored athlete from New England, USA. He is a popular figure on social media, helping his fans with their weight-lifting technique through his YouTube channel.

While Mat is a successful entrepreneur today with an impressive physique, his success did not come overnight. He says that many years of overcoming failure with hard work, as well as relearning the basics was required. He also struggled to eat correctly during his early days in the sport, so needed to improve his diet to meet his nutritional needs.

Fast forward to today, Matt is a successful bodybuilder who has made a name for himself on social media and in the New England bodybuilding community. He works hard to maintain his chiseled physique – seeing himself as a mentor to those following in his footsteps. This is his story: 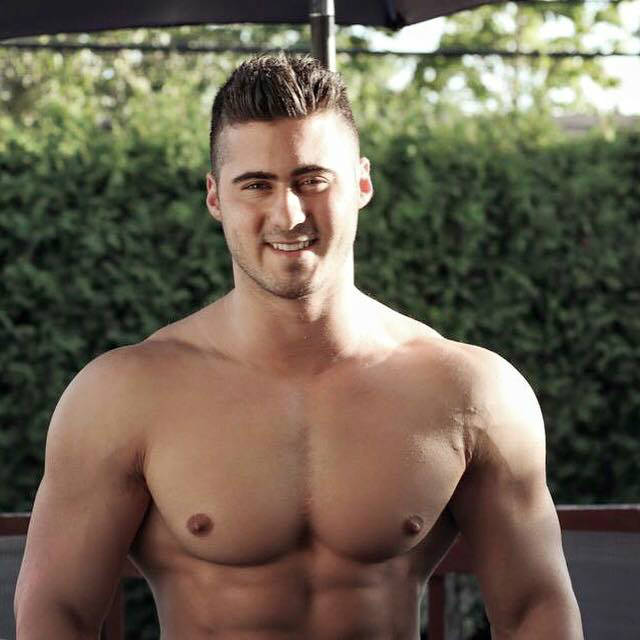 “My physique is the canvas, the weights are my brush, nutrition is my paint!”. 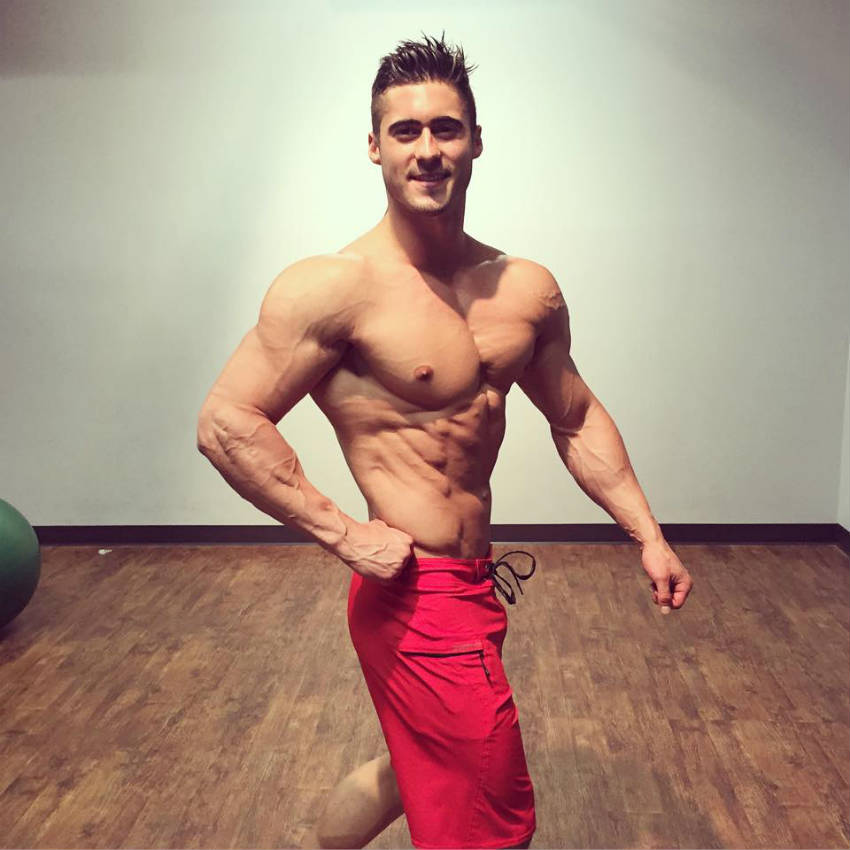 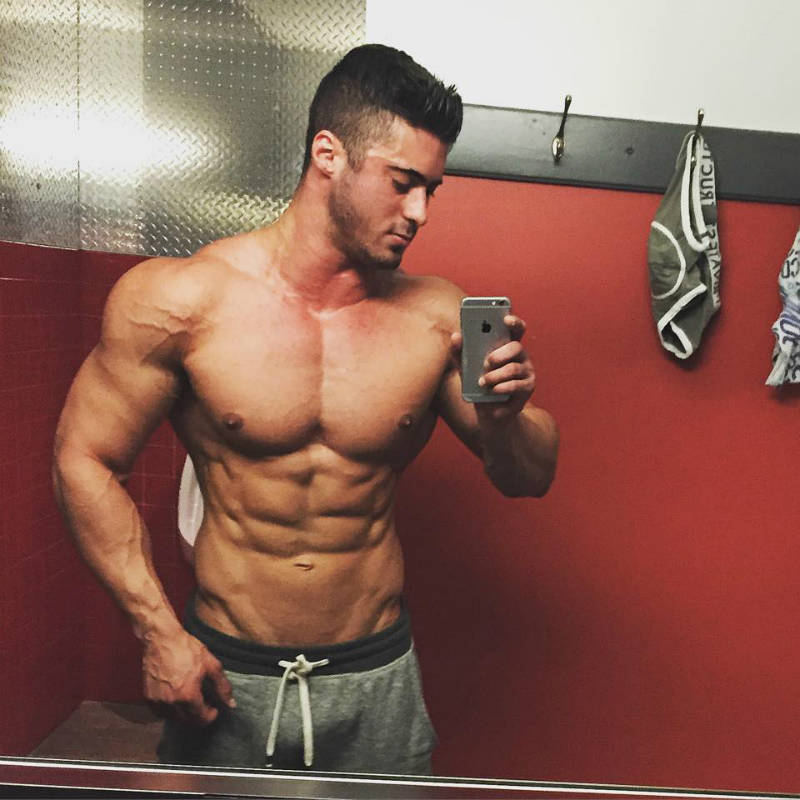 Mat’s path to success was definitely not a smooth one. He started training at the age of 14 in high school and “fell in love” with strength training. This, however, did not make learning the basics any easier.

One of the Mat’s main issues was that he was over training regularly. He believed that lifting as much as possible, even with poor form, would lead to results – so he lifted heavy weights and was not consistent in his training style.

Having no real workout plan to follow, Mat did not find much success in his early stages of bodybuilding and needed some advice.

Gradually Mat looked for assistance – beginning to develop a professional workout plan that would lead to results. He found a trainer and sat down to develop a schedule which incorporated compound lifts to build lean muscle, as well as cardio to burn fat.

Mats trainer created a plan that was constantly changeable, depending on his weekly needs. When photo-shoots are approaching he introduces more HIIT cardio, or light jogging – depending on how many calories he needs to burn.

Mat’s routine follows a 4 days on 1 day off approach. He incorporates cardio and abs 3 times a week to ensure he looks as chiseled as possible, and lifts heavy as well as light weights.

In terms of this weight-lifting training, he introduces a lot of super sets – alternating the rep range to reduce the need for rest periods. His least favorite compound lift for super sets is the squat, but he loves bench pressing. 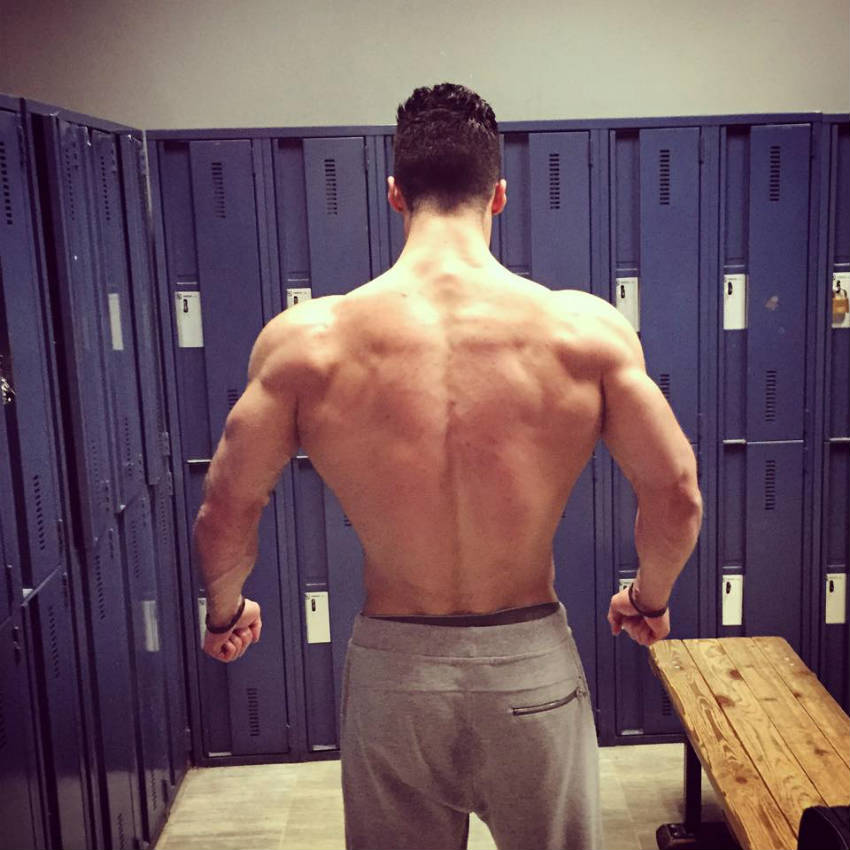 In terms of Mat’s daily nutrition, he likes to stay lean all year round, as this makes it easier to prepare for photo-shoots by cutting quickly. Because of this, he avoids meals with excessive carbohydrates, focusing on his daily macro-nutrient needs of protein and healthy fat.

When preparing his meals, he likes to cook and put them in containers two or three days before he eats them. He does this as a way to avoid skipping meals; if he already has a meal in the fridge, he can’t make up an excuse as to why he cant cook one after a workout.

When Mat is competing, or preparing for a high-profile photo-shoot, he opts for a low carb, low sodium and high protein diet. He eats lean meats such as chicken and turkey, as well as a variety of fish.

Mat also uses supplements heavily in order to improve his pre-show cut, as well as to improve his muscle-building capbilities. His usual stack is below: 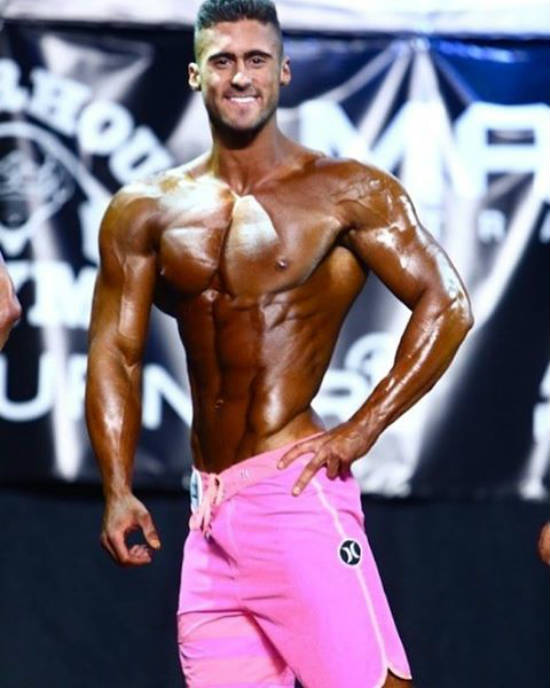 Mat takes inspiration from sporting stars of all kinds. He loves watching basketball, saying that Michael Jordan is one of his main idols due to the dedication and commitment he displayed throughout his career.

As well as basketball, he also loves to watch ice hockey. He thinks that the motivation Wayne Gretzy has shown to his sport, and to his players while coaching, is something to admire. 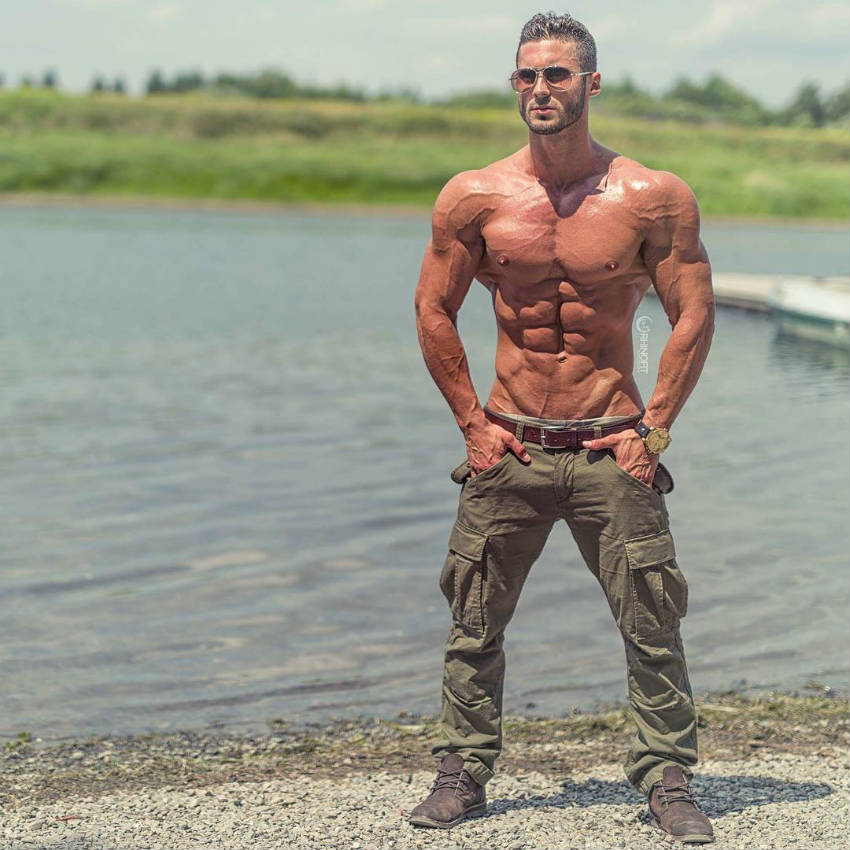 What we can learn from Mat Wolf

Mat’s physique was built through many years of hard work, dedication and resilience. He had to learn the hard way, creating a workout plan from scratch with a new trainer. If you really want to achieve your fitness goals, take your time, plan ahead and enjoy the journey.