Marco Laterza was a promising gymnast growing up. However, when he was 16, Marco injured his knee during one of his training sessions. The injury prevented him from training for over a year, and his doctor said that he may never properly bend his knee again.

Needless to say, the news left Marco devastated. But he was determined not to give up on his dream of becoming a great gymnast. One year later, he found himself a physical therapist who started him on a free weights training routine. Marco’s knee improved, and his overall body responded very well to training – so well that he got in shape rather quickly.

After that point, Marco slowly lost his passion for gymnastics, and became obsessed with weight training. He’s since become a fitness persona and a certified personal trainer – being featured on the front cover of some international magazines.

This is Marco’s story: 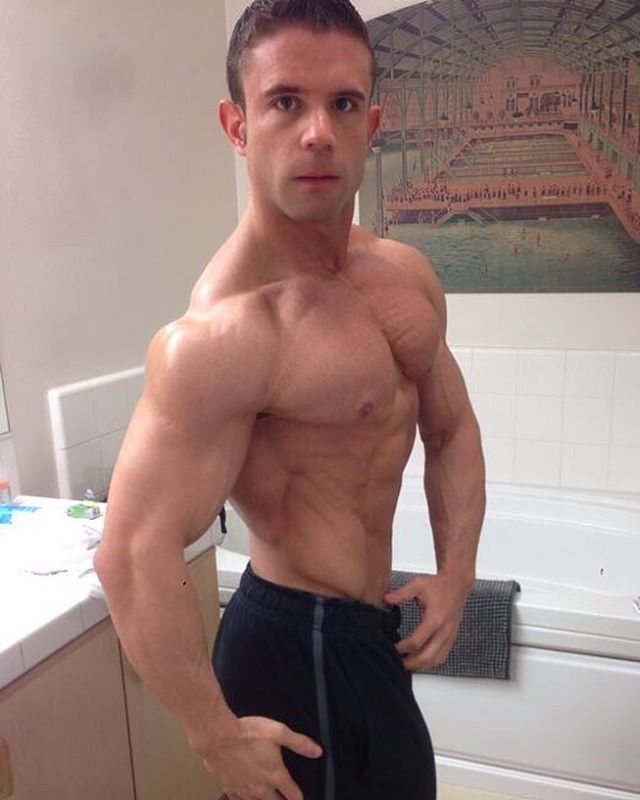 “Never say never because limits, like fears, are often just an illusion!” 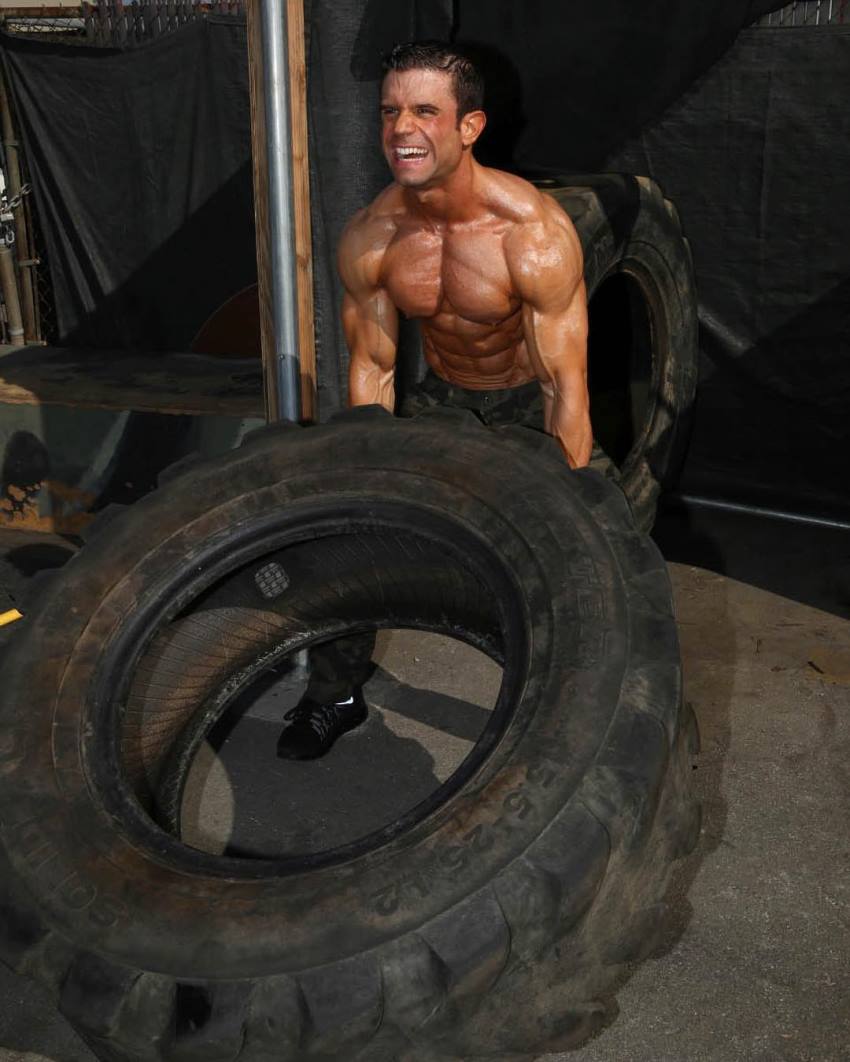 “Vision without execution is a delusion.” 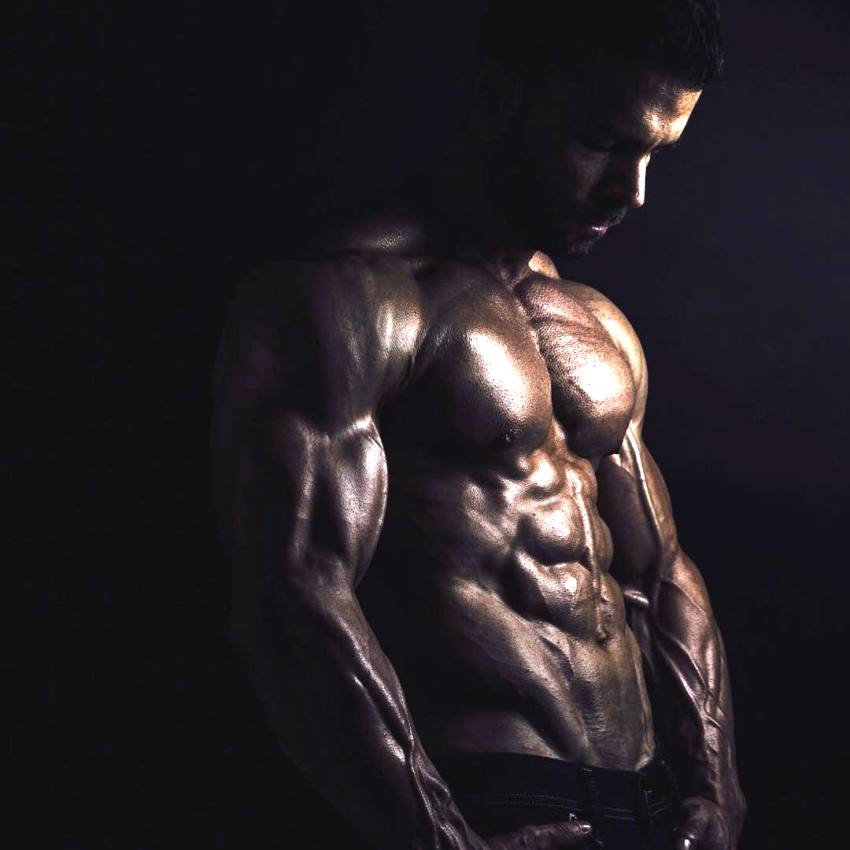 “Success is never owned, it’s rented. And the rent is due everyday.”

Marco Laterza was born on 6th of August 1986, and is originally from Zurich, Switzerland, with Italian roots.

As a boy, Marco had a big interest in gymnastics. This interest only grew stronger over the years, up to a point where he began considering making a career out of his passion.

However, his dreams vanished after he tore his right meniscus during one of his gymnastic training sessions. After that, Marco couldn’t train for over a year.

To make things worse, his physician told him there was a high chances he won’t be able to train gymnastics again. Marco said, “I was devastated”. 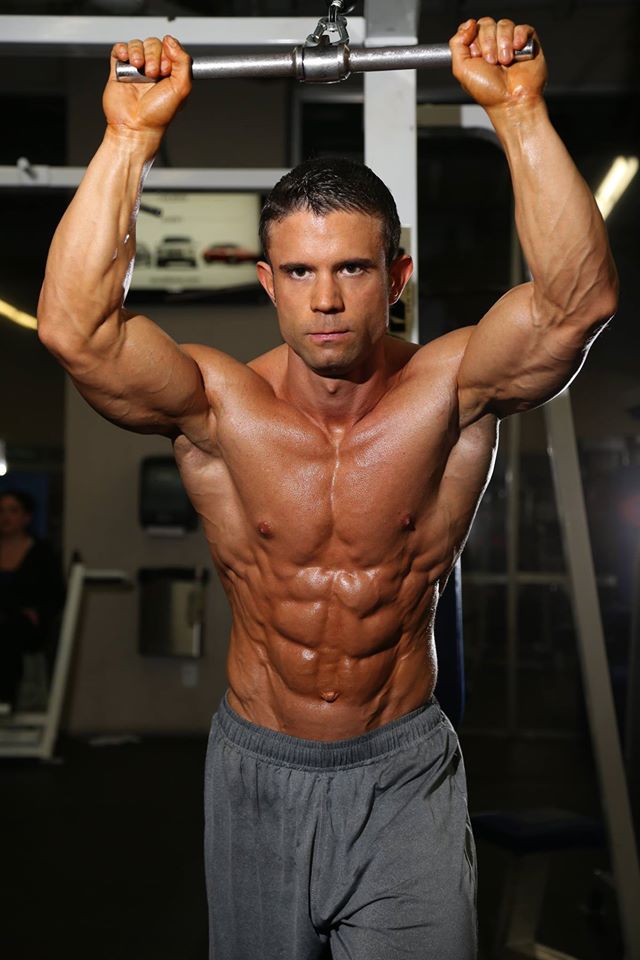 Despite the warnings from his physician, Marco was determined he would come out victorious and recover from the injury.

He went on to find one of the best physical therapists in Zurich, who put him on a free weights training routine. Surprisingly, Marco’s body responded extremely well to the exercises he was performing.

His knee got better over time, and so did his physical appearance in general. After some time, he was able to continue training on his own.

It was at this point when “a new fire was lit” within Marco – he slowly became addicted to weight training and the benefits that came with it.

Meanwhile, Marco pursued a career in banking and didn’t have much free time. However, all of the free time he had was spent working out in the gym or preparing meals in the kitchen.

This love for fitness led to him leaving his banking career behind, and becoming a licensed strength coach and a nutritionist.

He said he wanted to help people with his knowledge, and added; “I realized that the skills I’d developed in banking – listening to my customer’s needs, trying to put myself in their shoes, and finding tailor-made solutions for them were absolutely key when working as a personal trainer”.

Marco’s plans for the future are to spread his influence in the fitness industry, and help as many people as he can to achieve their goals – be it gaining muscle or losing weight. 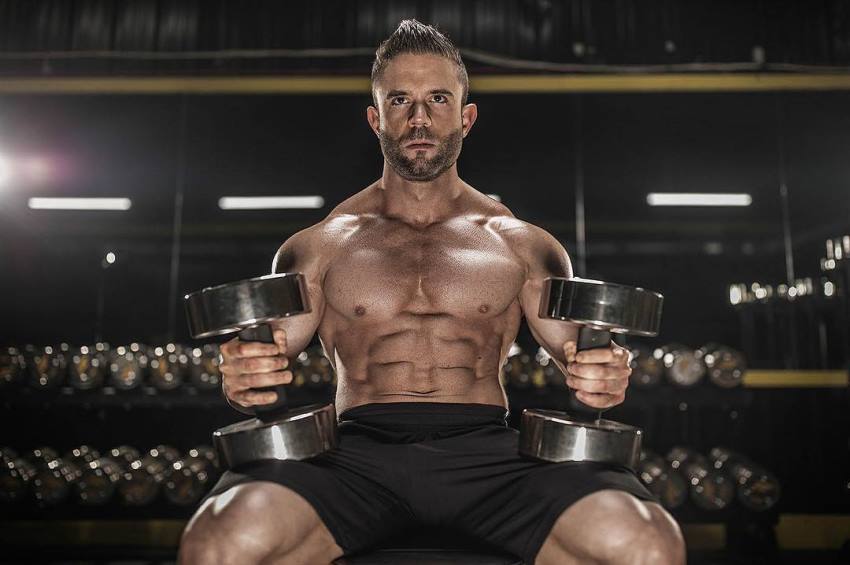 “The very first moment of your day determines how good or bad the rest of it is going to be. Start your day with joy and a big smile on your face because you know that only the best will happen to you today.”

This is one of the biceps exercises Marco makes sure to incorporate in his arms routine. According to him, spider curls emphasize tension on the top of the motion, which is usually a weak spot for many people.

Another thing he likes to do is to implement micro cycles of strength and hypertrophy workouts, and combine them with endurance workouts. Which looks something like this; 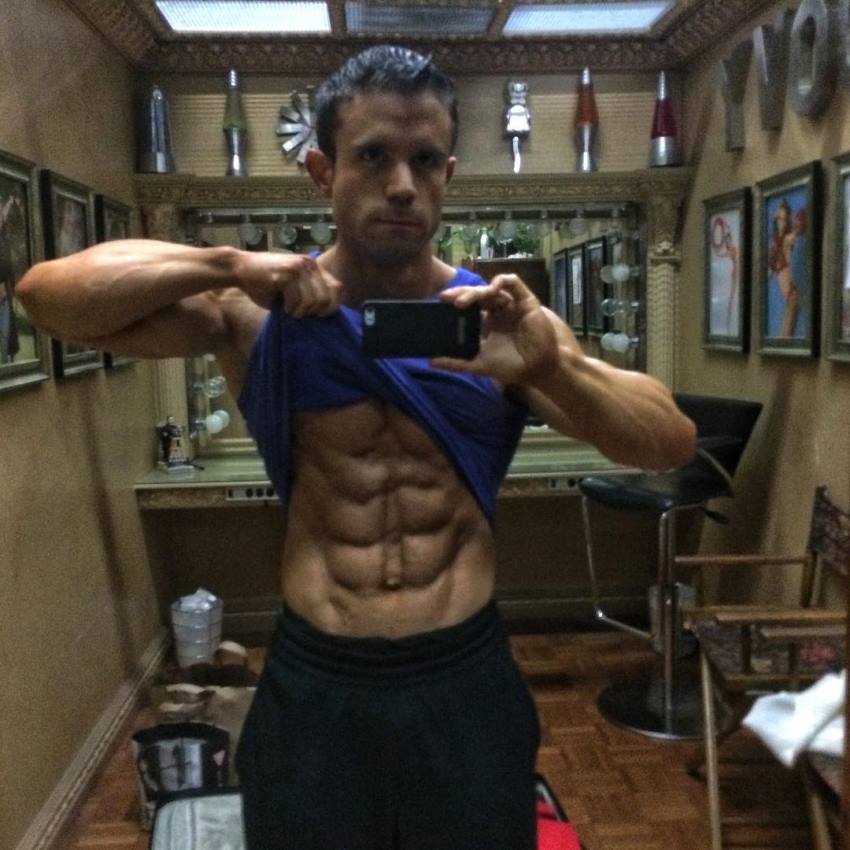 Marco doesn’t do cardio throughout the whole year, but rather 4-6 weeks before a photo shoot or a show.

His preferred method of cardio is HIIT (High-Intensity Interval Training), and his cardio routine consists of 10 minutes of warm-up, two easy sprints 50-100m, and 5-10 sprints at maximum speed.

Between sprints, Marco will walk back to the starting point. If he still has enough energy by the time he comes to starting position, Marco will perform as many basketball jumps as he can, and repeat the process.

In the beginning of his fitness journey, Marco said he was focusing on the weight instead of proper form. According to him, this was a mistake.

He now preaches focusing on the mind-muscle connection and form when performing the exercise. He says that the muscle is utilized to its maximum capabilities this way, and also the risk of injury is greatly diminished. 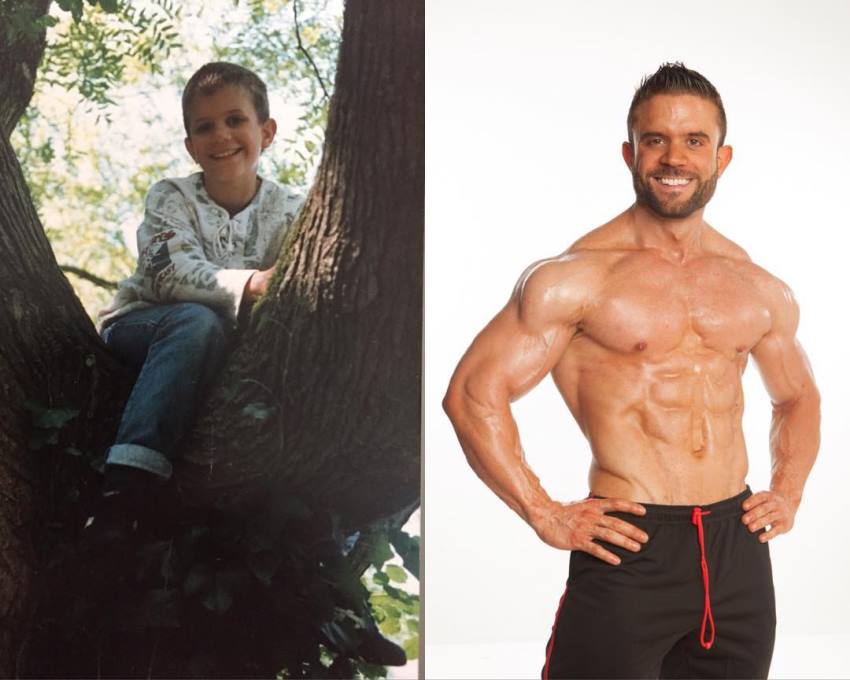 “How many Mondays have been and gone since you said I’ll start next week? Take action, start today!”

A Standard Approach to Dieting

Marco cooks his food in advance, and then vacuums it to keep it fresh for the following days.

He eats mostly clean, unprocessed foods. However, he mentioned that balance is the key, and that having a cheat meal once in a while won’t hurt. Usually, Marco has one cheat meal per week, where he enjoys himself and doesn’t “stress about macros”.

For post-workout, Marco will consume a good amount of fast-acting carbohydrates (0.8-1.5g per lbs of body weight), combined with glutamine, creatine, BCAAs, and whey isolate. 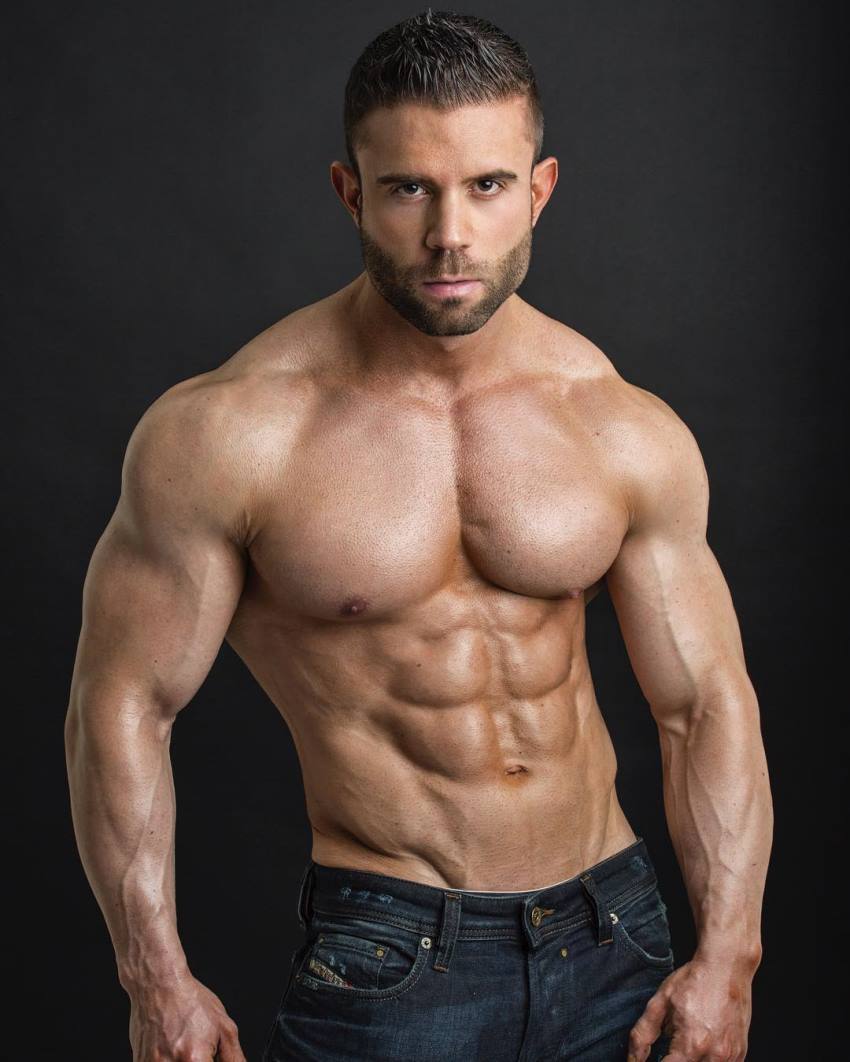 This is his supplement stack: 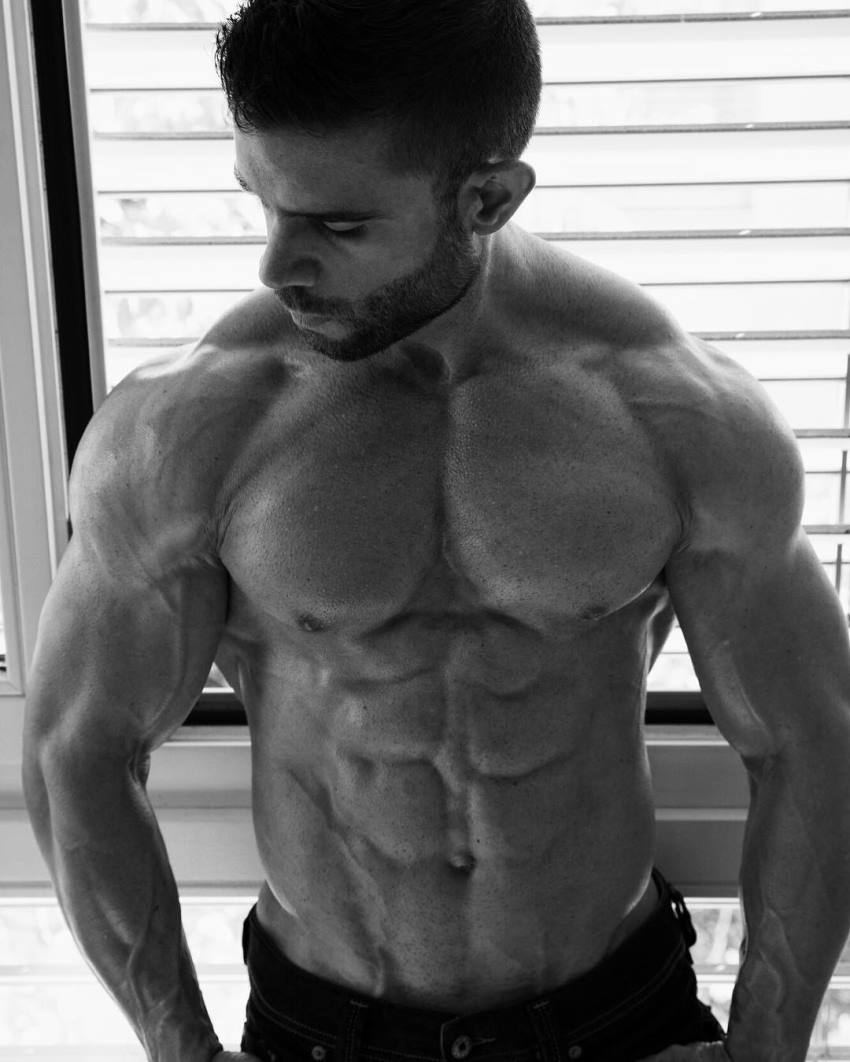 “Love yourself enough to never lower your standards for anyone!”

Greg Plitt’s purposeful attitude and achievements inspired Marco to become a fitness model. He added;  “To motivate myself, I digitally edited a cover from Greg and replaced it with a picture of me. Then, I printed the image and hung it up in the apartment.” 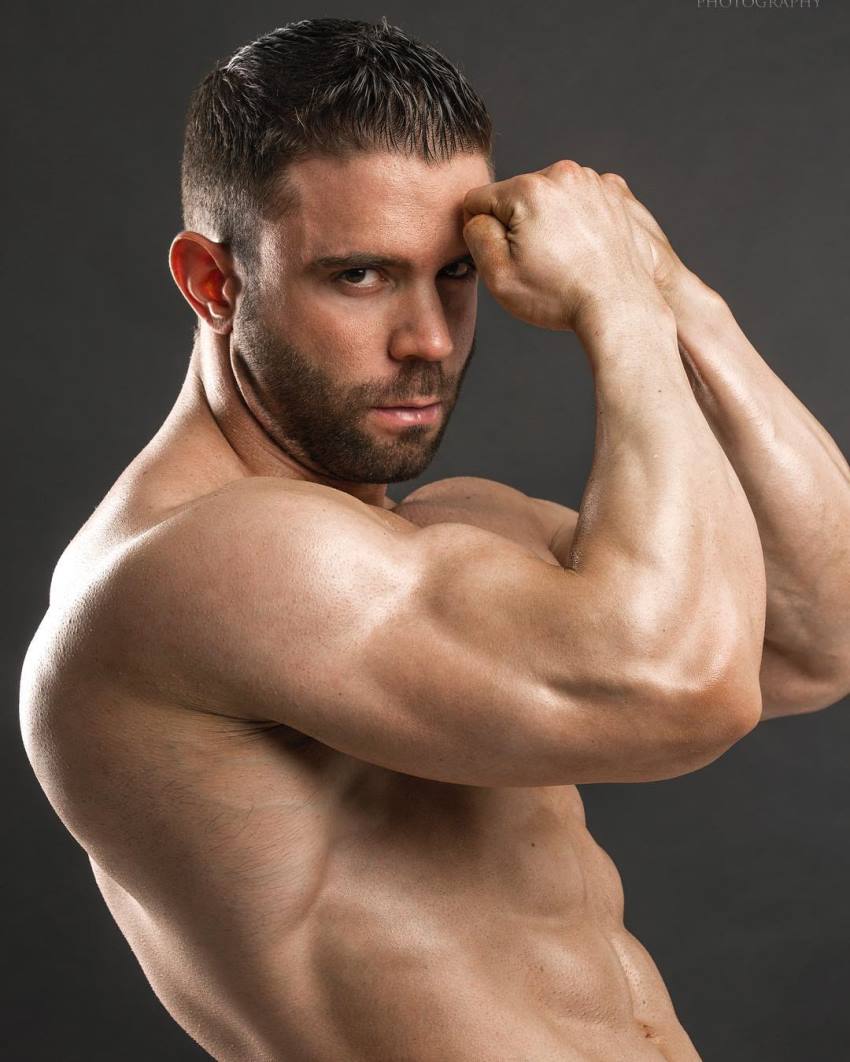 “Act and keep quiet. Lions do not need to roar to make things happen!”

What we can learn from Marco Laterza

Marco Laterza went through some major setbacks in his life. After hearing from his doctor that he won’t be able to continue training after the injury, Marco was “crushed”.

However, thanks to his “winner mentality”, Marco beat the odds and fully recovered. Furthermore, he became a fitness icon and an inspiration to many.

His attitude towards life and his story are something we all can learn from. Never give up on your dreams, no matter what others tell you. Whenever you find yourself in a similar situation, just remember Marco’s story.